Bhaskaracharya, also known as Bhaskara II, was born circa 1114 in Bijapur, Karnataka to a Brahmin family of scholars. He is considered to be the greatest mathematician from medieval India. As Indians, it is important for us to know the history of India and the story of her greatest children. Bhaskara was one such child who went on to touch great heights in the field of mathematics. Here are 12 Facts about Bhaskaracharya, the mathematician from medieval India.

Now, let’s begin our list of 12 Facts about Bhaskaracharya:

He is believed to have been the head of the astronomical observatory in Ujjain. 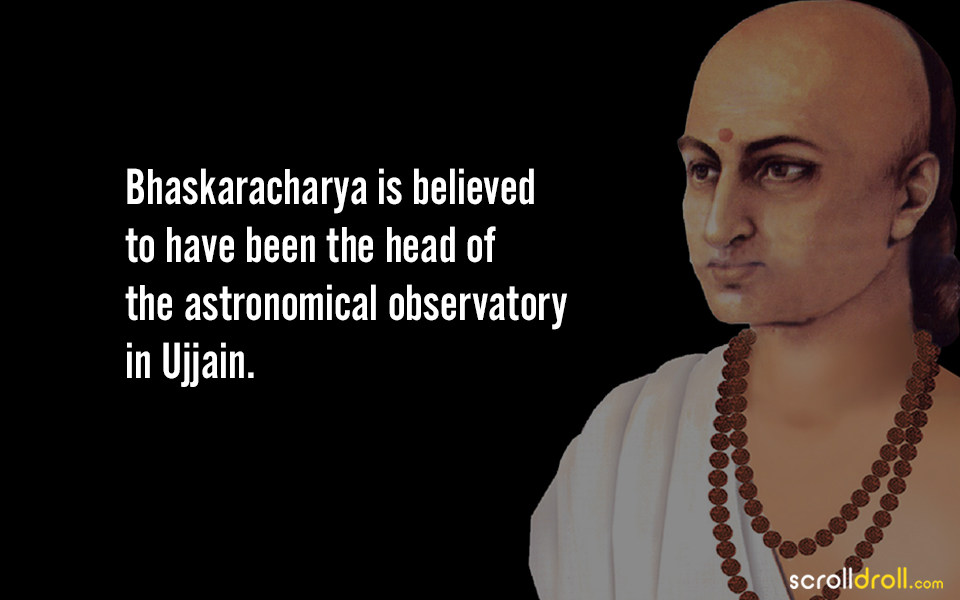 Bhaskara’s work on calculus was written over half a millennium before Newton and Leibniz’s work on the same subject was published. 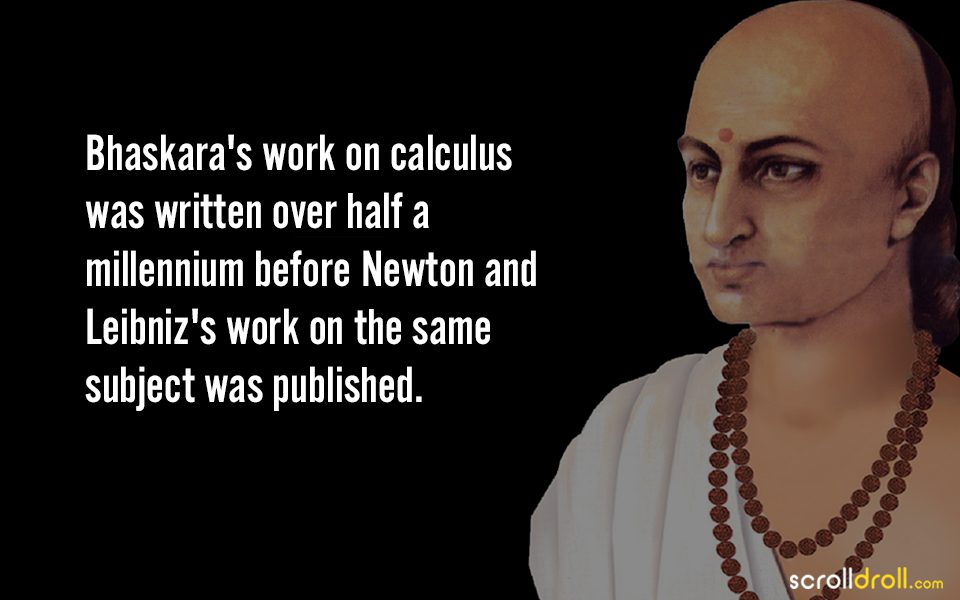 As a tribute to the mathematician, ISRO in 1981 launched a satellite named Bhaskara II in his honor. 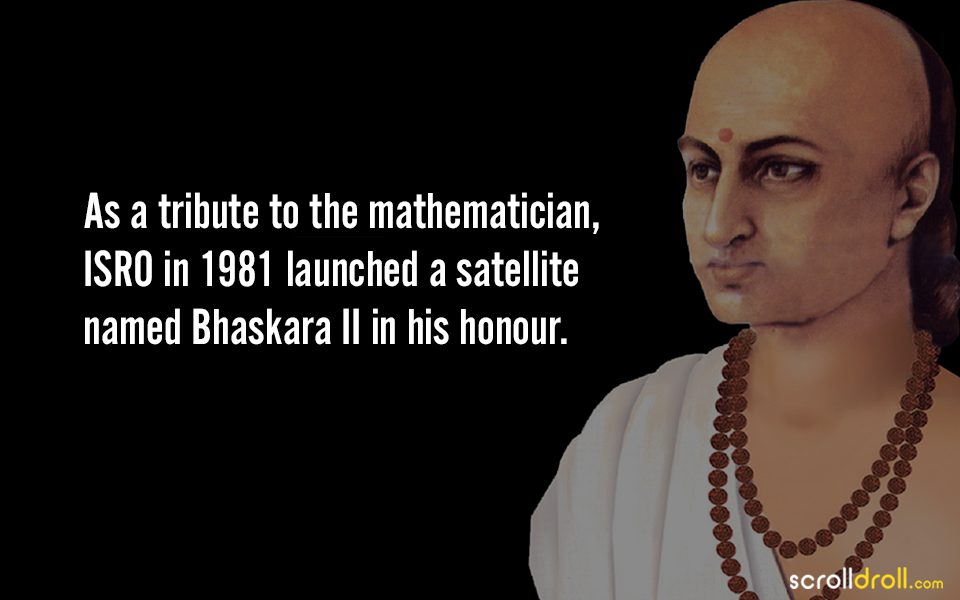 4. Siddhanta Siromani, his most important work. 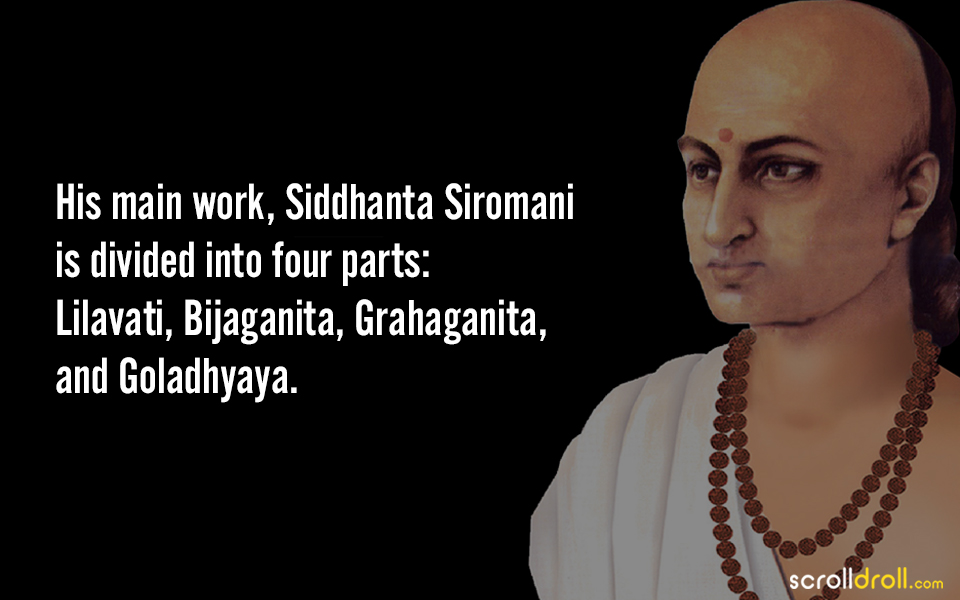 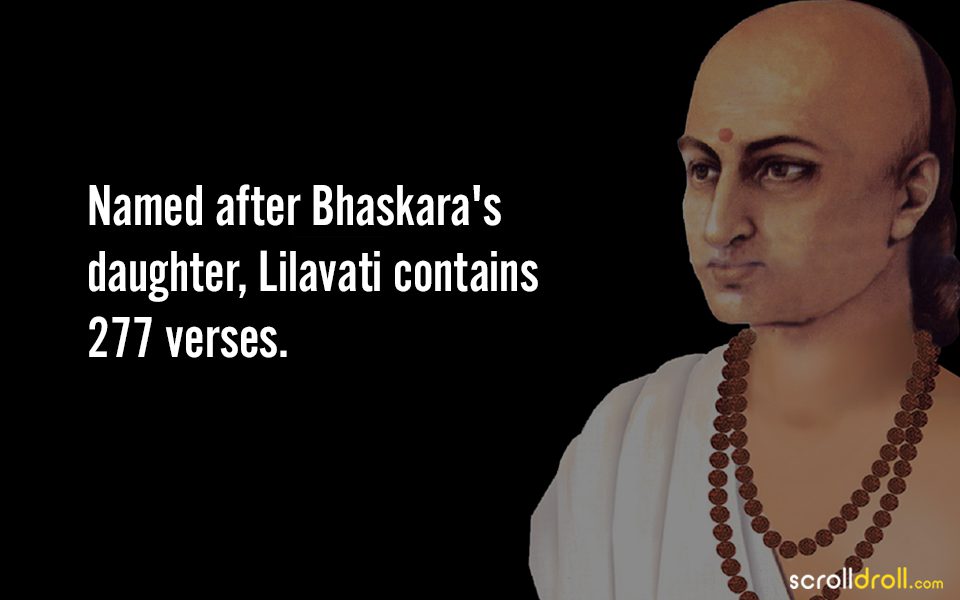 The second section, Bijaganita is a section of Algebra, and it has 213 verses. The section discusses subjects like zero, infinity, and integers. The work includes a discussion on what is now called Pell’s equation, which he seems to have solved using a Kuttaka method. 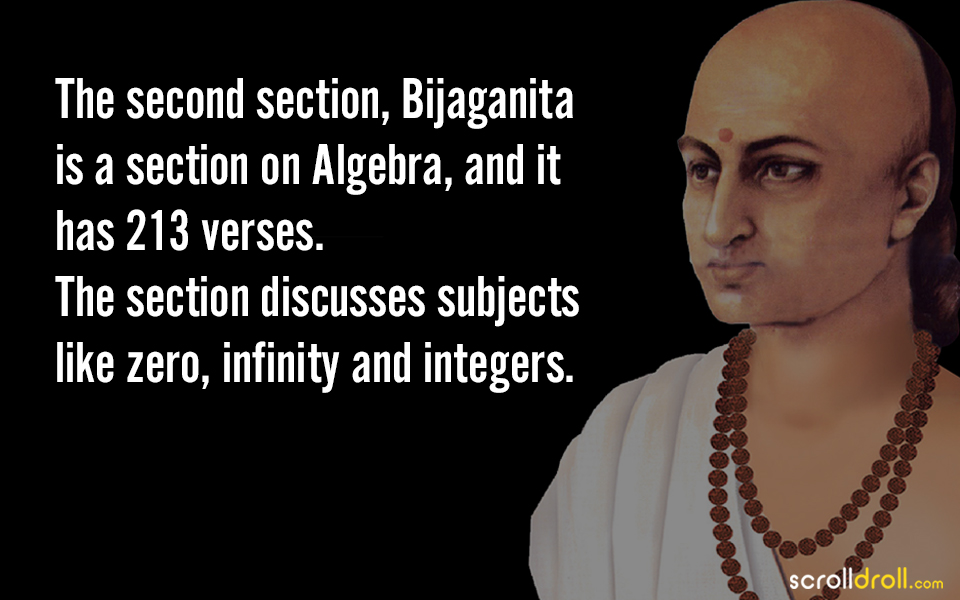 The third section, Grahaganita, discusses the motion of planets in which he takes in regard to their instantaneous speeds. 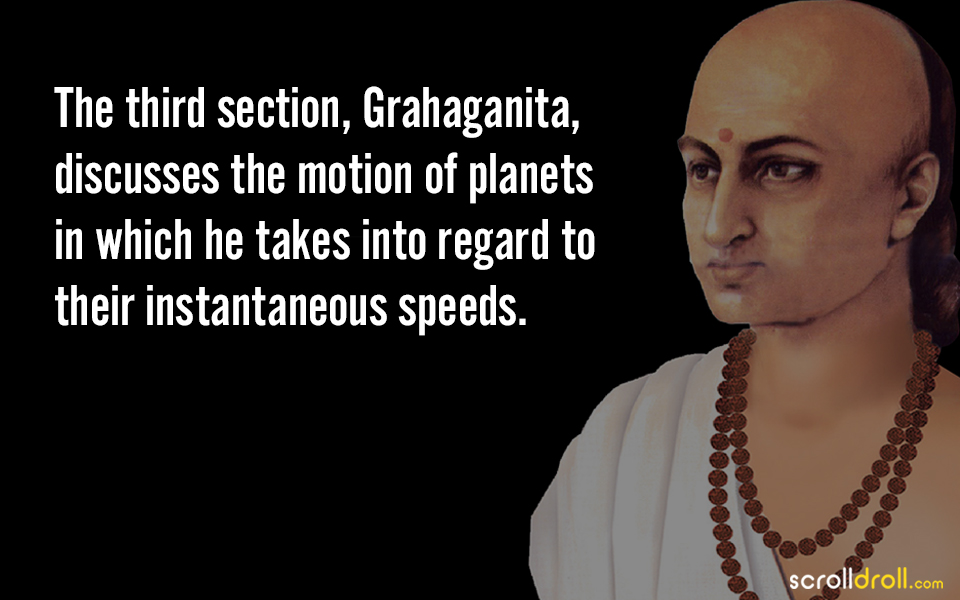 In it, Bhaskara mentions that at its highest, a planet’s instantaneous speed is zero. 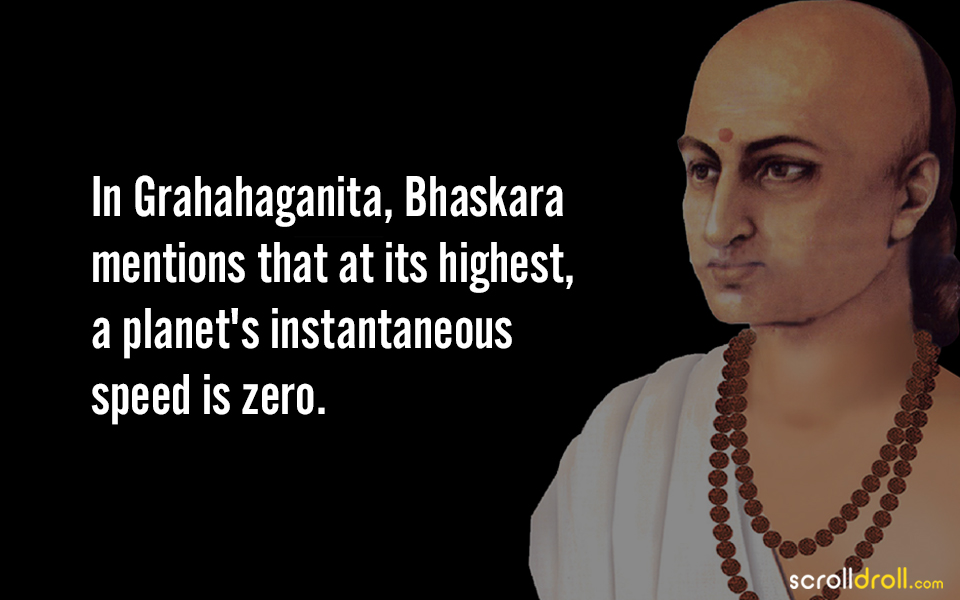 Bhaskara also proves the Pythagorean theorem by calculating the same area in two distinct ways to get a²+b²=c². 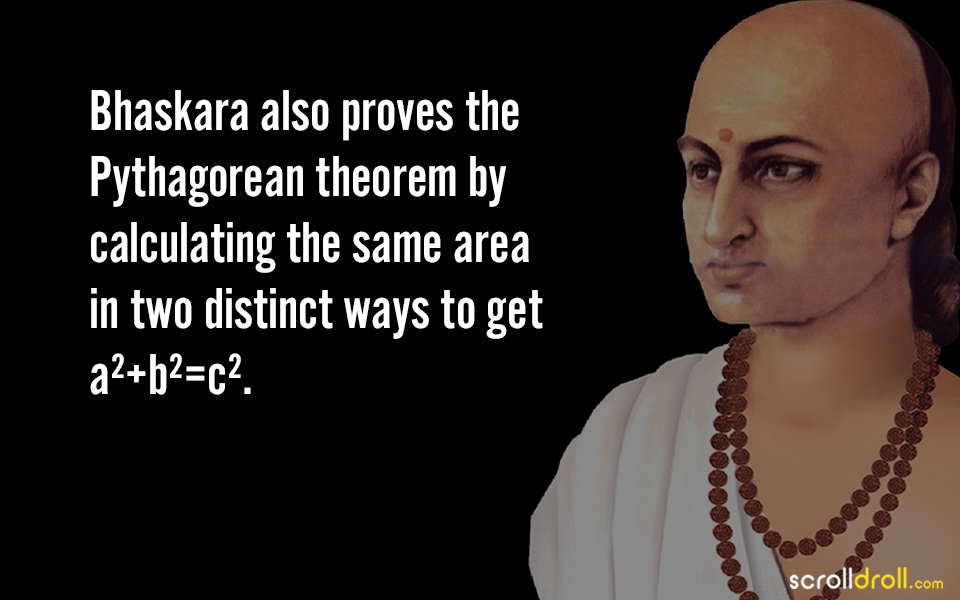 He used the Chakravala method, a cyclic algorithm, for solving indeterminate equations of the form ax2 + bx + c = y. However, historically, the attribution of this equation has been given to William Brouncker. 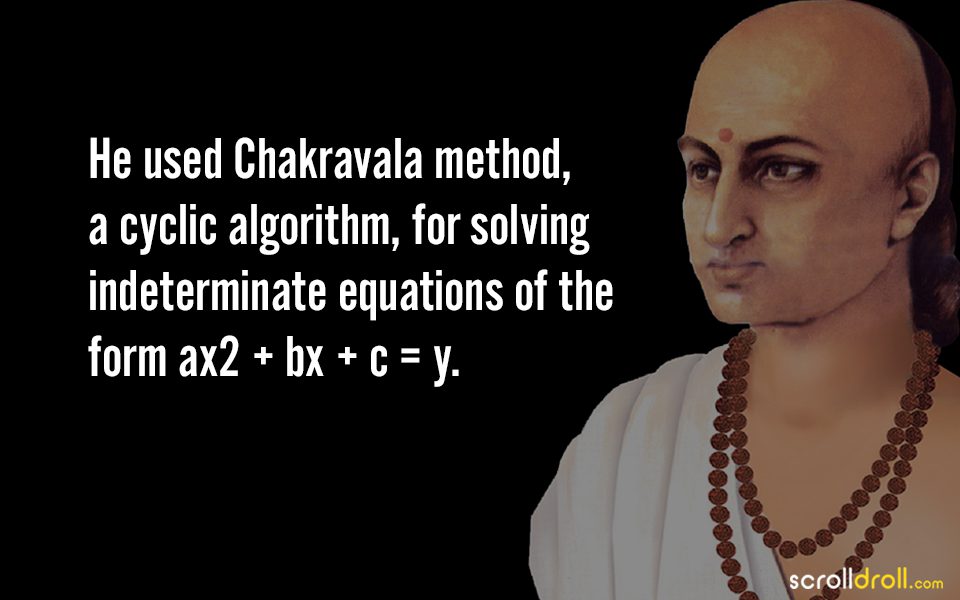 12. The properties of zero.

He discussed the properties of zero, addressing the various rules of operations with zero. 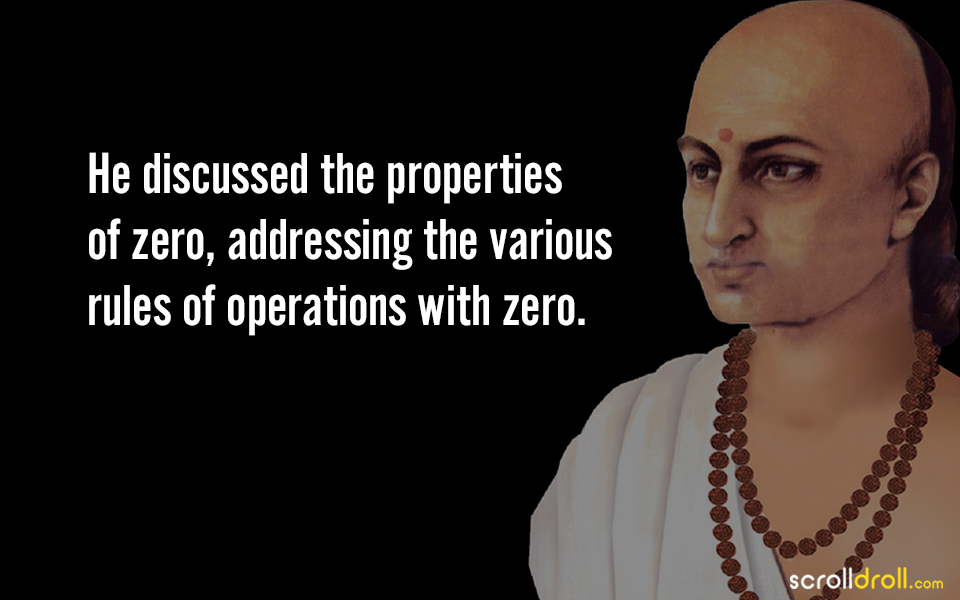