The Republic of India is a South Asian country known for being the world’s second-most populous country. India’s cuisine, spices, art and literature, textiles, theatre (Bollywood), and so much more have all contributed to the world. However, their contributions in mathematics, which date from ancient times to the present, have been among their most significant. In the world of mathematics, Indian geniuses have made revolutionary changes as well as advancements and specializations. As a result, it is critical that we recognize the contributions of these 15 most famous Indian mathematicians and learn more about what they have done for us!

This polymath is another well-known Indian mathematician who is well-known around the world for his contributions to the fields of geometry and number theory. His most significant contribution was his recognition of zero as a number, which was a novel concept in ancient mathematics. He established all of the rules and conventions surrounding the use of zero as a number. His ground-breaking revolution resulted in the development of the current form of mathematics’ number system. He proved Brahmagupta’s theorem for cyclic quadrilaterals, a major discovery at the time. 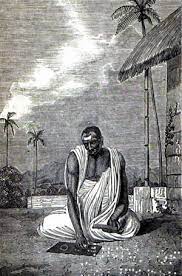 Ramanujan, the mathematical genius, taught himself math after failing to pass the English subject in high school. His contributions to the analytical theory of numbers, elliptic functions, continued fractions, and infinite series are well-known. On his set of 120 theorems that he sent to Cambridge, he was also invited to England. He taught a more important lesson in that failure isn’t permanent because he didn’t let his failure discourage him and instead continued to teach himself mathematics, which he loved. Many mathematicians, not just in India but all over the world, have been inspired by him. 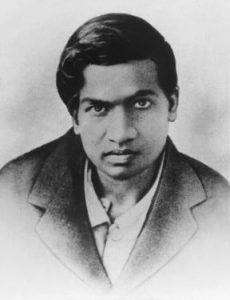 Aryabhatta is a name to remember from ancient India as an unrivaled teacher with vast knowledge. Math, astronomy, and science were just a few of the subjects that he was well-versed in. He wrote the “Aryabhatiya,” a comprehensive treatise that covered a wide range of integral topics in mathematics, such as trigonometry and algebra. He was the first to give an approximation of the value of pi and to make various other mathematical deductions. His contribution to mathematics was unprecedented as the founder of the Number system, and he is thus ranked in our list of most famous Indian mathematicians. 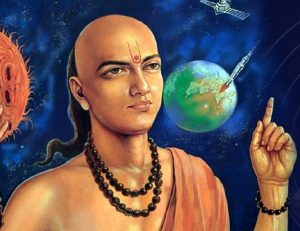 Bhaskara is a well-known Indian mathematician from ancient times. Bhaskara was a revered astronomer as well as a doyen of mathematics. He made significant discoveries in both fields. In order to make life easier and more scientific, he delved into the number system and devised simple formulas for squaring and multiplying numbers. His work had a significant impact on the evolution of the number system over time. Bhaskara, a creator at heart, is credited with laying the foundations of mathematics in India through his significant work. 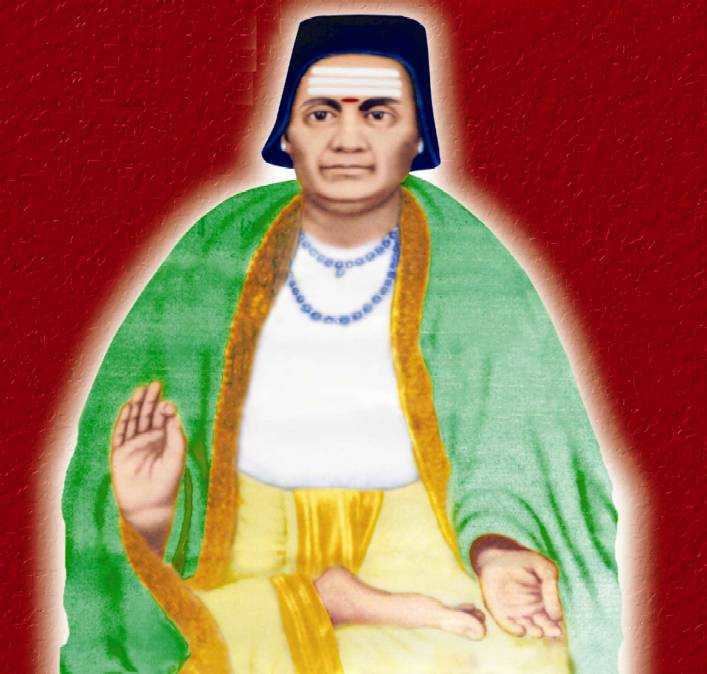 Prasanta Chandra Mahalanobis, known as the “Father of Indian Statistics,” is a well-known Indian mathematician whose contributions to the field of statistics are legendary. His contribution to statistics, which includes the development of the concept of pilot and large-scale surveys, has earned him a place among India’s greatest mathematicians. The Mahalanobis model was also used in the second five-year plan, which focused on industrialization. P.C Mahalanobis, also known as the “Father of Indian Statistics,” founded the Indian Institute of Statistical Science. The 29th of June is designated as National Statistics Day in his honor, in recognition of his extraordinary contributions to Statistics as a major branch of mathematics. 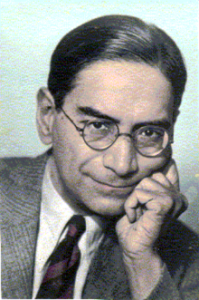 Another one of the most famous Indian mathematicians of all time is Calyampudi Radhakrishna Rao. Estimation theory, biometry, statistical inference, and functional equations have all benefited from the contributions of a living genius and one of India’s most famous mathematicians. He was passionate about data analysis and statistical education, and his goal was to put India on the map in the field of statistics. He aided bright students in pursuing careers in statistics and continues to inspire them to explore uncharted territory. His life revolves around the world of statistics and its future, even at this young age. 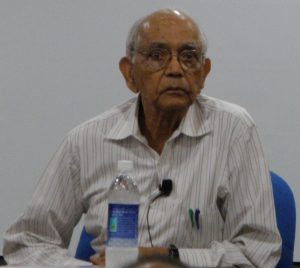 Ashutosh Mukherjee, India’s greatest mathematician, broadened the scope of mathematics in the country. He discovered the talents of others like C.V. Raman and S. Radhakrishan. He was a nobleman and one of the most eminent names in the Indian education system. He authored a number of scholarly papers in the fields of mathematics and physics. He was a member of several important mathematical societies in various countries and was a supporter of mathematical research. In the field of differential geometry, he made significant contributions. He was a mathematician on par with some of the era’s most prominent figures. 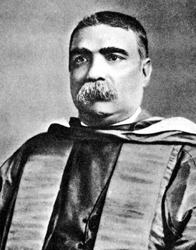 Raj Chandra Bose, an Indian mathematician, and statistician persevered in the face of adversity to pursue his passion. Despite severe financial constraints, he completed his bachelor’s and master’s degrees, after which Mahalanobis invited him to join ISI to conduct statistics research and take a part-time position. R.C. Bose’s contributions to statistics have been and continue to be admired throughout the world. 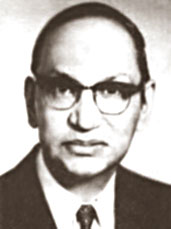 K. R. Parthasarthy, a statistician, probabilist, and mathematician who made a name for himself in the fields of math and physics, comes in second on the list of the most famous Indian mathematicians. He was the creator of quantum stochastic calculus, an advanced branch of mathematics that combines statistics and calculus principles. He worked in the field for many years and dedicated his life to conducting various types of mathematical research. This man was, as is rightly said, a ‘different kind of mind.’ 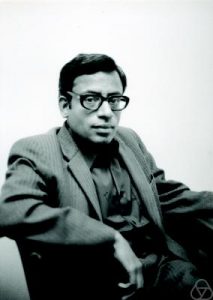 This man has received numerous awards and is well-known throughout the country and around the world for his groundbreaking contributions to the concepts of differential equations and fluid mechanics. He has written several books detailing his research, which is a unique and futuristic blend of mathematics and physics. He was successful in assessing the properties of equations describing various physical phenomena and applying them to the development of new physics principles. 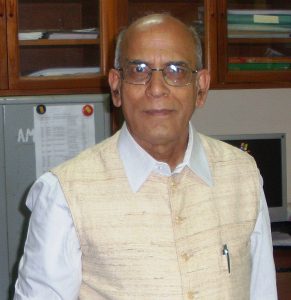 Shakuntala Devi, one of the most famous female Indian mathematicians of all time, was also known as the human-computer. She was given this name because of her incredible ability to solve math problems without using a calculator. She even competed with a computer in Dallas to see who could give the cube root of 188138517 faster, and she won! She then went on to compete against UNIVAC, the world’s fastest computer, to solve the 23rd root of a 201-digit number, which she also won! A woman with incredible talent and incredible world records! 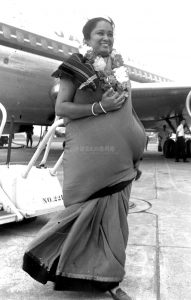 Dattatreya Ramchandra Kaprekar was a teacher after graduating from the prestigious University of Mumbai. He contributed to a variety of topics, including magic squares, recurring decimals, and integers with special properties, among others. Even a constant is named after this mathematicians.

Karmarkar earned his bachelor’s degree in electrical engineering from IIT Bombay and went on to pursue his Ph.D. in the United States. He is best known for inventing polynomial algorithms for solving linear programming problems. Algorithms were born as a result of this brilliant mind’s fusion of international technology and mathematics. 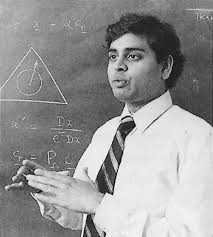 The infinite-dimensional group representation theory is credited to the Indian-born American physicist and mathematician. Throughout his life, he made numerous contributions and was awarded the Cole Prize by the American Mathematical Society. 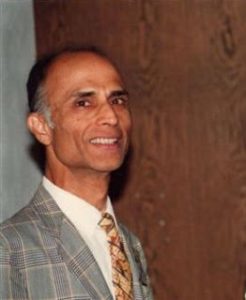 Subbayya Sivasankaranarayana Pillai was a number theorist and Indian mathematician. K. S. Chandrasekharan described his contribution to Waring’s problem as “almost certainly his best piece of work and one of the very best achievements in Indian Mathematics since Ramanujan” in 1950. 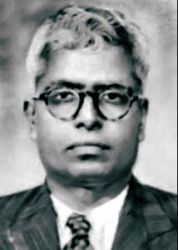 We have come to the end of our list of the most famous Indian mathematicians. Let us know down below if we left anyone out.

20 Most Hilarious BTS Memes & Tweets You Will Ever See

20 Funny Memes On Girls That Will Have You Giggling