How to find an LPG Cylinder’s Test Date? 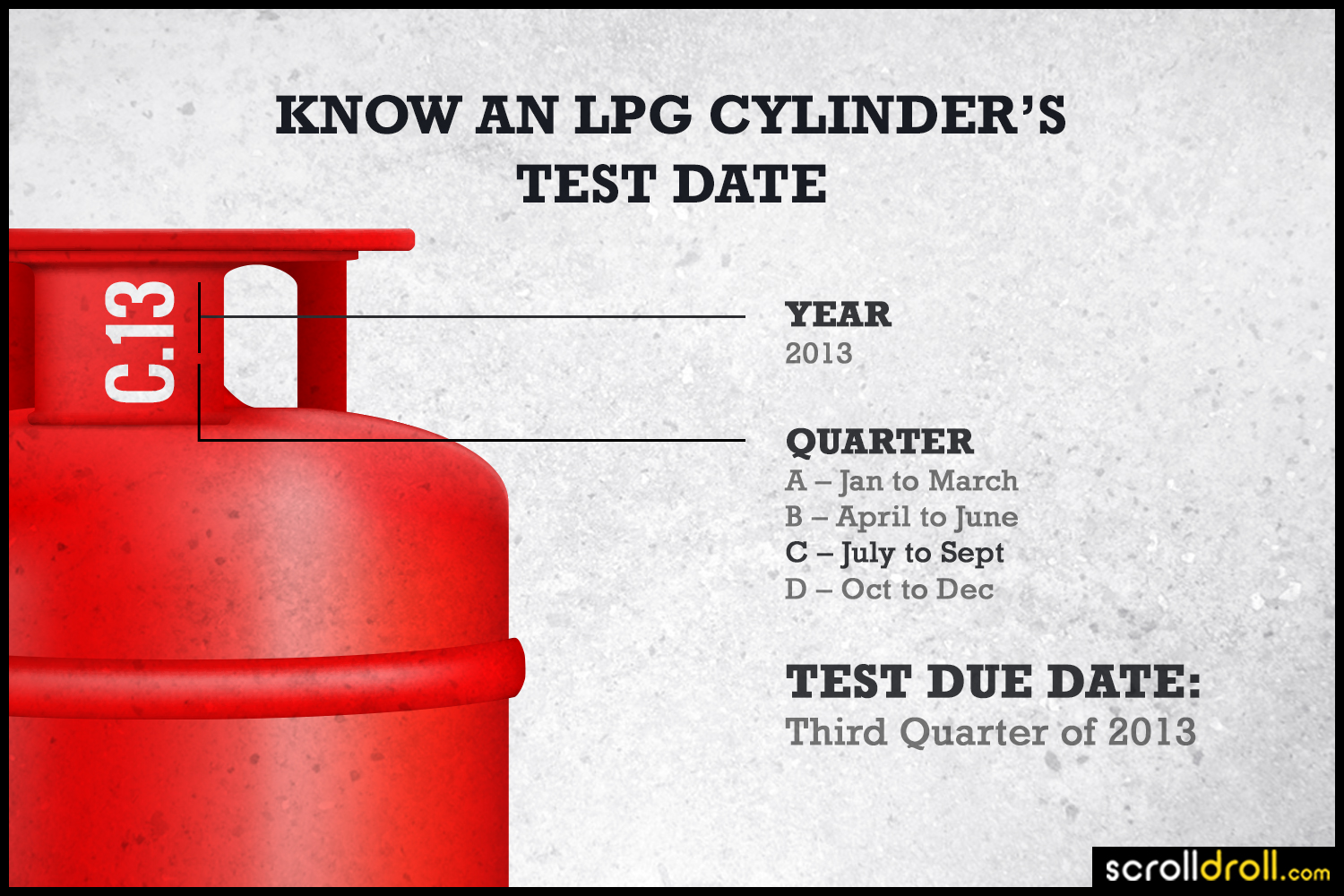 There are so many things around us that we see, and maybe even wondered what they meant. One of them being random codes smeared all around us. We, here, picked up LPG gas cylinders for a better understanding of the codes stamped on them.

The code is a three digit one. With the first being an alphabet and the other two being numbers. The number represents the year.  Like, 13 would represent 2013. The alphabets, which range from A to D, represent the year quarters. A would represent January to March and so on.

This date is the Test Due Date of the cylinder, and not the expiry date, as it is widely believed. There is no expiry date for LPG cylinders. Once these cylinders are tested, new dates/codes are painted on them. Thus, if you get a cylinder that has been back dated, you can refuse to take it in.

However, due to the strict care taken by oil companies, no accident has ever been reported due to expiry of test date or cylinder due for statutory testing.

The Number Of Times Legends Failed Before Achieving Success

13 Sandeep Maheshwari Quotes For A Dose Of Inspiration