Dogs are man’s best friends. And yet, the selection process never ends for the most loyal four-legged creatures. The upsurge seen in the adoption of foreign breeds that are represented extensively by the media has meant that Indian dog breeds are neglected and thus often face the threat of extinction. Here are 10 Indian dog breeds that you probably didn’t know about, but who can become your furry friends just the same as a foreign breed.

The Chippiparai is a sighthound breed of dog originating in south India. Bred mainly by royal families in Chippiparai, near Madurai district of Tamil Nadu. These dogs make for great hunting and watchdogs. 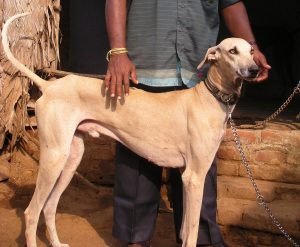 The Mudhol Hound, recognized as ‘Caravan Hound’ by the Kennel Club of India, is found in and around the town Mudhol in Karnataka. Villagers around the Deccan Plateau region know this breed as Karwani, and adopt them for hunting and guarding purposes. 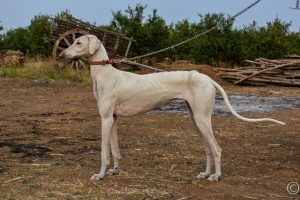 The Rampur Hound is a sighthound deriving its name from the place Rampur, the place in north India where they are bred. Intelligent and loyal, they were used for hunting by royalty in the past. It is primarily retained as a coursing dog and not as a companion dog. A good Rampur Hound could take down a golden jackal. The dogs are extroverted and need a lot of space and attention to keep them company. 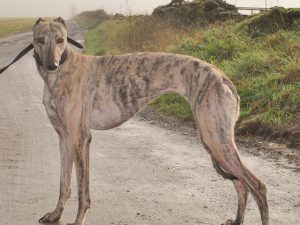 Also known as a Poligar hound, Rajapalayam dogs are found in the town of Rajapalayam in the Virudhunagar district of Tamil Nadu. This breed was originally used by royalty as watchdogs and guard dogs. Presently, they are used by the Indian army. 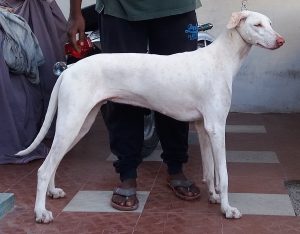 Kombai/Combai is another hound of Indian breed that can mainly be found in the foothills of Western Ghats of South India. They were bred for hunting boar, deer, and bison. The dogs of this breed were on the verge of extinction when some organizations took it upon themselves to repopulate them. Slowly, but surely, they will be coming back from the threat of going extinct. 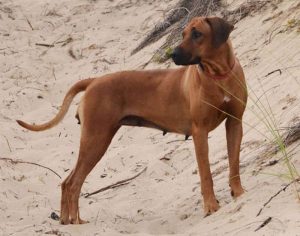 Kanni is a rare indigenous South Indian sighthound breed of dog. The breed makes for good hunting dogs due to their speed and silent movements. They are easy to train. Unfortunately, this breed found in Tamil Nadu is almost on the verge of extinction. 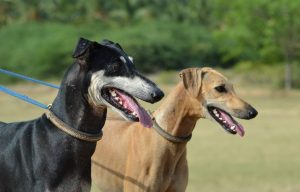 Gaddi Kutta is a mountain dog found in states bordering the Himalayan region, such as Himachal Pradesh. It is a mastiff type dog-breed. The Gaddi hunts game, herds sheep and goats, and is a fierce guard dog capable of fighting with dangerous predators like snow leopards. They aren’t the most obedient dogs, though, and cannot be trained easily. 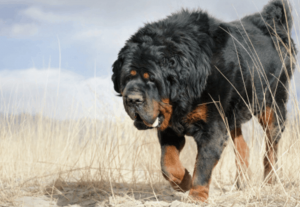 Indian Pariah dogs are one of the most ancient breeds of dogs that belong to India. A relative of the Australian Dingo, the dogs also share an appearance with other primitive breeds. They are very social and intelligent animals, and are easy to train, though they are also easily bored. They adapt easily to their environment. The Indian stray dogs are mostly mixed breeds of the Indian Pariah Dogs. 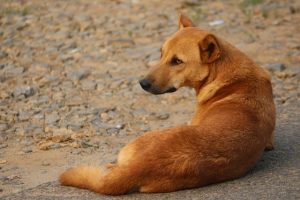 The Pandikona dogs derive their name from Pandikona, near Kurnool district in Andhra Pradesh, from where they originate. A medium-sized sighthound, they were bred as hunting dogs for small game, who can easily adapt to harsh climatic conditions of the Kurnool district. They are precious to the villagers because of their strong territorial instincts due to which they attack other animals like rodents and snakes who attempt to enter their areas. They are often used as guard dogs and are loyal to their family. 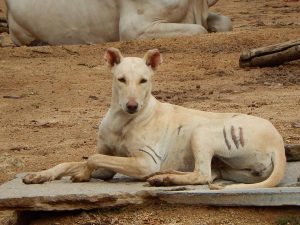 The Kumaon Mastiff was originally meant to guard and protect livestock for the residents of Kumaon. Their population, however, is fast depleting and approaching extinction. They are aggressive in nature and require extensive training. However, their natural protective instincts allow them to be the best guard dogs. 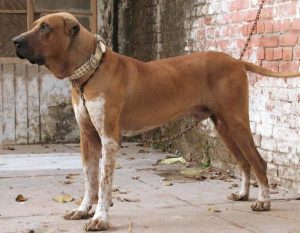 12 Great Books About Life That Will Keep Your Soul Alive