Life came to a screeching halt with the onset of the covid-19 pandemic in 2020, and many of the projects undertaken by the government were paused while the world took a breath. With all of 2021 ahead of us and revised covid protocols, however, it seems like these projects might actually see the light of the day. These upcoming Indian megaprojects are not only ambitious, but they might even change lives around the country.

With the help of Japanese technology, Bullet Train will soon be available for use in India as well. It will travel, on an average, at the speed of 350km per hour, making it ten times as fast as regular railways. Currently, work is going on for the bullet train to run from Ahmedabad to Mumbai, connecting two of the major commercial hubs in India. The project is expected to be ready by 2023. 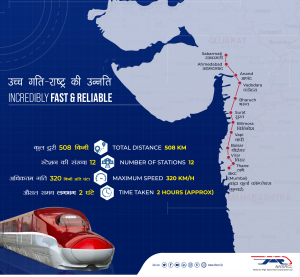 The hyperloop is a mode of transport that is envisioned to travel at the speed of over 1200km per hour. Unlike regular vehicles that use wheels, the pods of a hyperloop are designed to levitate. Richard Branson’s Virgin Group hopes to have functional Hyperloop in India by the year 2029. Currently, Virgin is working on a hyperloop that will take a route between Pune and Mumbai. 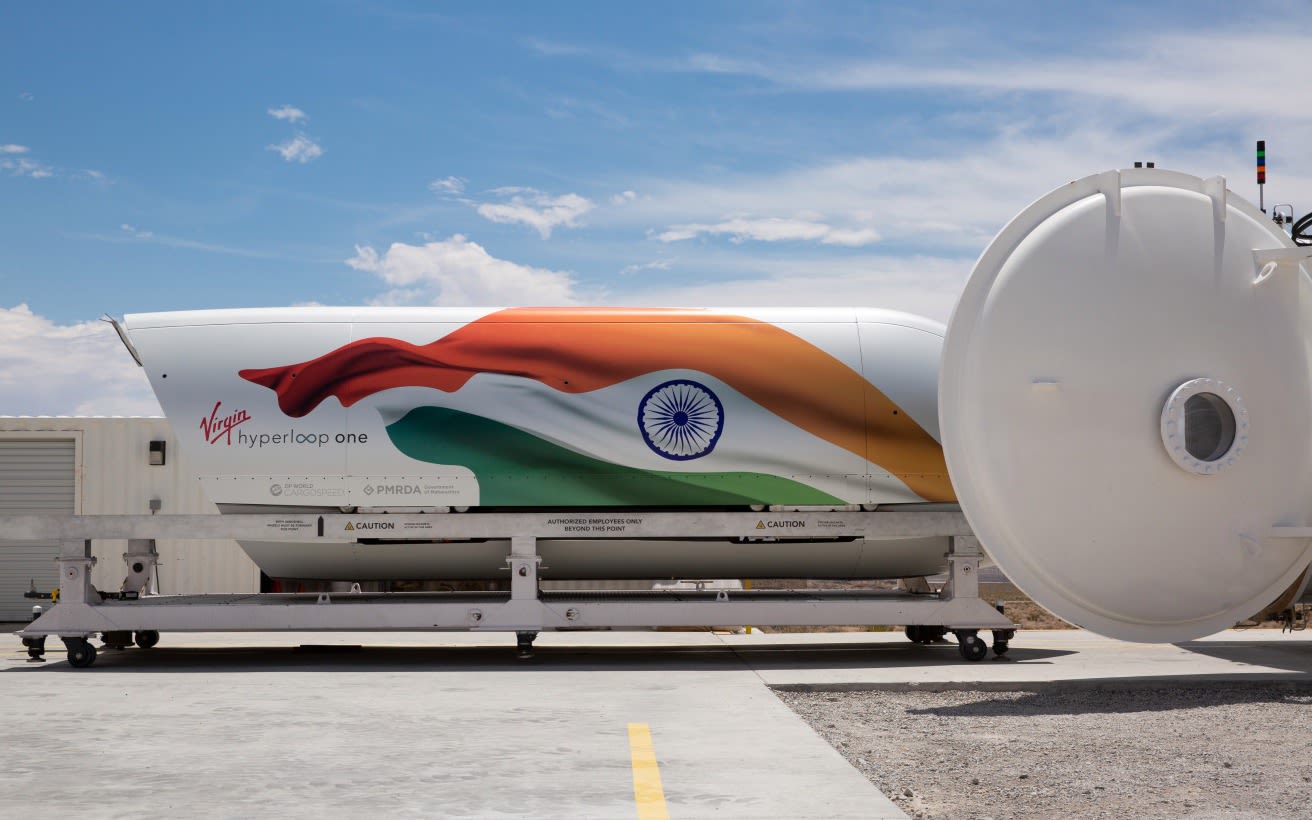 Gaganyaan spacecraft was set to be launched in 2021, but due to disruption caused by covid-19, the project was delayed. Gaganyaan is the first manned spacecraft designed by ISRO. If things go as per planned, India will become the fourth country to send a man to space after Russia, the US and China. 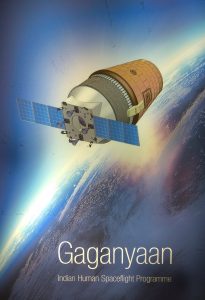 Under Project HIMANK, that was started back in the year 1985, the Border Roads Organization is working to build the first road in the world that will be carved through glaciers. The road will be built from Sasoma to Saser La in Eastern Ladakh. Since the weather conditions can be rather jarring, it isn’t an easy task to carve roads through glaciers. On top of the cold, avalanches are a constant threat in these snowcapped regions. This is one of the most awaited Indian megaprojects for those bitten by the travel bug! 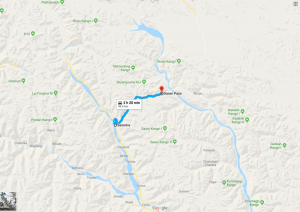 The Chenab Bridge is a rail bridge that, at the height of 359 metres (1,178 ft), will be the highest rail bridge in the world when it is built. Located in the Reasi district of Jammu & Kashmir, the bridge is supposed to be 1.315km long. 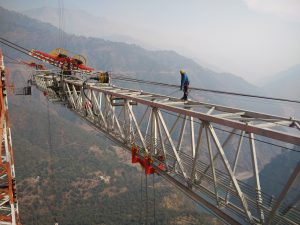 The Char Dham highway is an under-construction national highway in Uttarakhand that, when completed, will connect the Char Dham, or the four holy places: Badrinath, Gangotri, Yamunotri and Kedarnath. 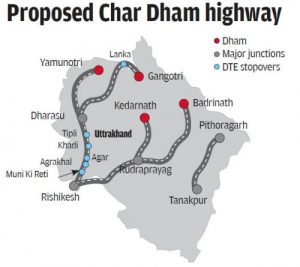 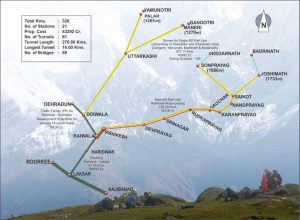 The Mumbai-Delhi expressway is a 1250km long under-construction national highway that, once completed, will connect Delhi and Mumbai, the two most important cities of India. The sheer ambition of the project makes it one of the most awaited Indian megaprojects. The highway will pass through the states of Madhya Pradesh, Maharashtra, Gujarat, Rajasthan and Haryana. The 8-lane expressway will halve the current 24 hours time to an astounding 12 hours. 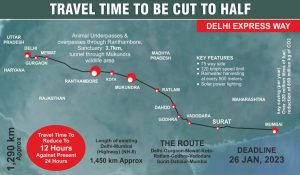 Currently, 18 cities in India have metro rail connectivity while out of the 18, 13 cities have access to functional metro rail networks. Recently, Prime Minister Narendra Modi announced that by 2025, a total of 25 Indian cities will have metro services. This is definitely one of the many Indian megaprojects that will make our lives easier. Some of the cities which will be getting these new metro lines are Agra, Meerut, Kanpur, Ahmedabad, Kochi, Pune and Patna. 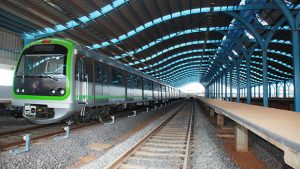 To boost the Indian coastline, the ambitious Sagar Mala Project will reduce the cost and time of transporting goods by renovating existing ports and building new ones to amp up capacity. 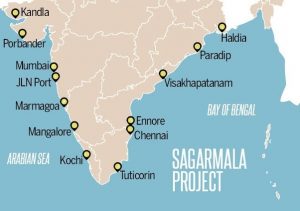 Aditya-L1, India’s first mission to study the sun, is a solar mission being set up to observe the sun closely. Unlike studying the moon, the observation of the Sun can be difficult, because not only is the Sun much, much far away, the conditions are also not ideal for Satellites. 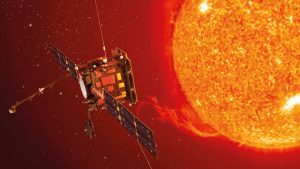 Also known as Sewri Nhava Sheva Trans Harbour Link, the Mumbai Trans Harbor link connects Mumbai and Navi Mumbai. It is projected to be the longest sea bridge in India once completed. 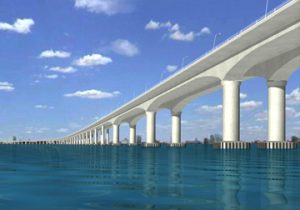 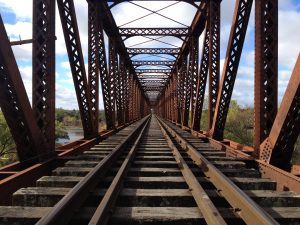 The Kalpasar Project plans to build a 34 km long dam and 30km long dyke in the Gulf of Khambhat to create a freshwater lake that will facilitate irrigation in the region. The dam can store up to 10,000 million cubic meters of water which is roughly equivalent to 25% of Gujarat’s annual rainwater flow. 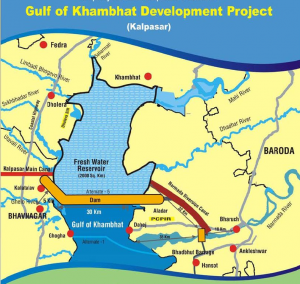 Bharatmala Pariyojana is a government-funded project that seeks to build highways throughout India, to facilitate smoother transportation of goods and freight. The project will especially focus on connecting remote, rural areas, including tribal regions that suffer from lack of basic infrastructure. 550 district headquarters will be connected by this project. 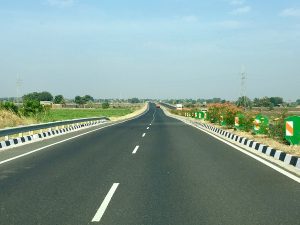 The Indian rivers inter-link aims to conserve and oversee Indian waterbodies by interlinking the various Indian rivers through a network of canals and reservoirs. The objective of the project is to create better irrigation facilities, maintain groundwater recharge and prevent floods in some flood-prone areas. The first linking was completed between Godavari and Krishna in 2015. 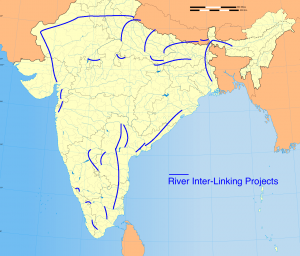 This under-construction highway plans to connect the remote Zanskar Valley in Ladakh to Himachal Pradesh. This is an important project for the country as it connects the border to mainland India – making army movement faster, and reduces the travel time drastically. 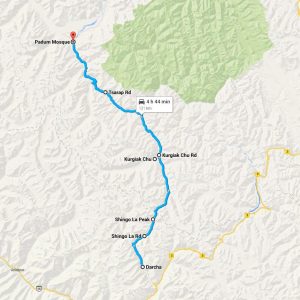 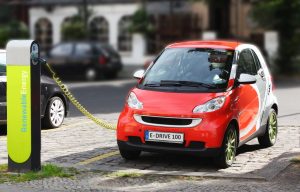 While some countries already have access to 5G internet, India was fairly late to the game even without the pandemic disrupting the timeline. Mukesh Ambani, the owner of India’s largest telecom provider, confirmed that his company will be bringing 5G to India by the second half of 2021. 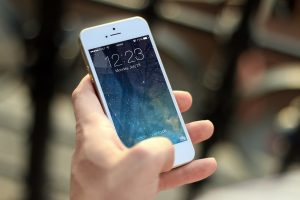 The Indian Regional Navigation Satellite System is an independent navigation system, making India the fourth country to have its own navigation system. IRNSS makes marine navigation on Indian waters much more accurate, and will be available for general use in the future. 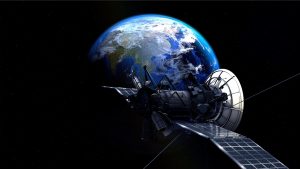 Did we miss out any of the Indian megaprojects you’re excited about? Comment Below!

20 Best Stand Up Comedians From India You Should Follow