We have all heard about the Multi-National Food Chain. Some of us didn’t just hear about it, we went there to have some of their delicious recipes. But did you know? The American McDonald’s offers a different menu than in India. And the Indian McDonald’s does not have the same menu as, say, UAE McDonald’s. The reason is simple, make the menu familiar with the taste buds of the people situated in that geographical area. Keep on reading, as we list 15 interesting facts about McDonald’s you probably didn’t know before.

Also read: 15 Interesting Facts About Amazon You Had No Idea About!

Yep. You read that right. McDonald’s is not the world’s no. 1 fast-food chain for no reason. 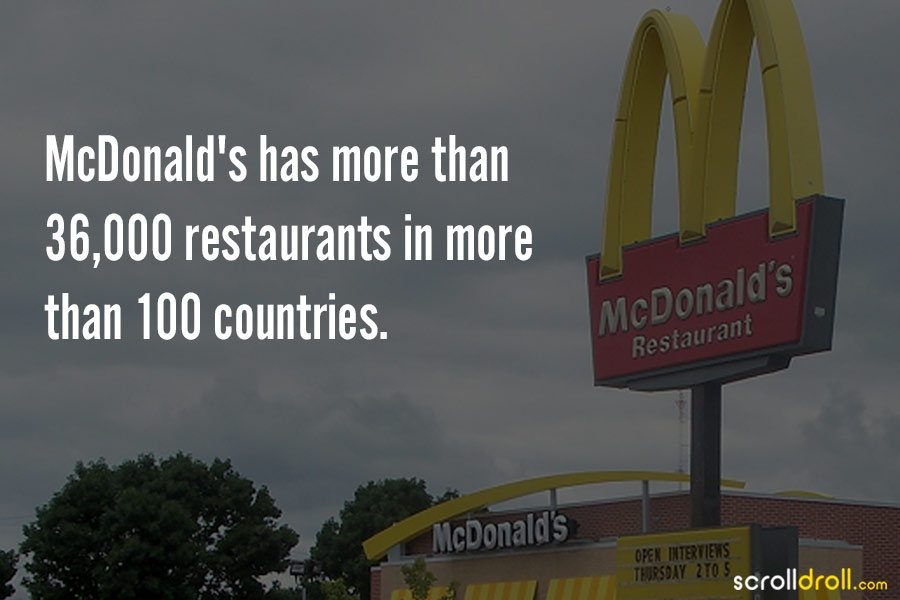 2. McDonald’s operates the World’s only “McBoat” in Hamburg, Germany – a waterway drive-thru on the river Elbe

The restaurant floating on a jetty caters to the travelers plying on Hamburg’s canal network. The travelers can disembark at the dock and order meals through the intercom-equipped kiosk. 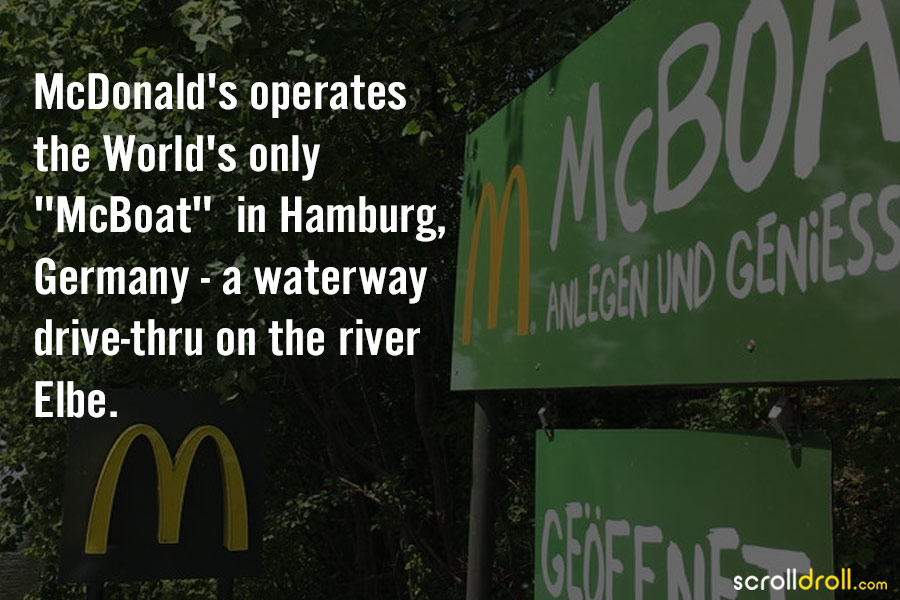 An interesting fact about McDonald’s is that it is not only the world’s largest fast food chain but also the biggest distributor of toys in the world. McDonald’s is said to distribute over 1.5 billion toys worldwide which is more than Hasbro and Mattel. Approximately 20% of all sales at the restaurants include a toy 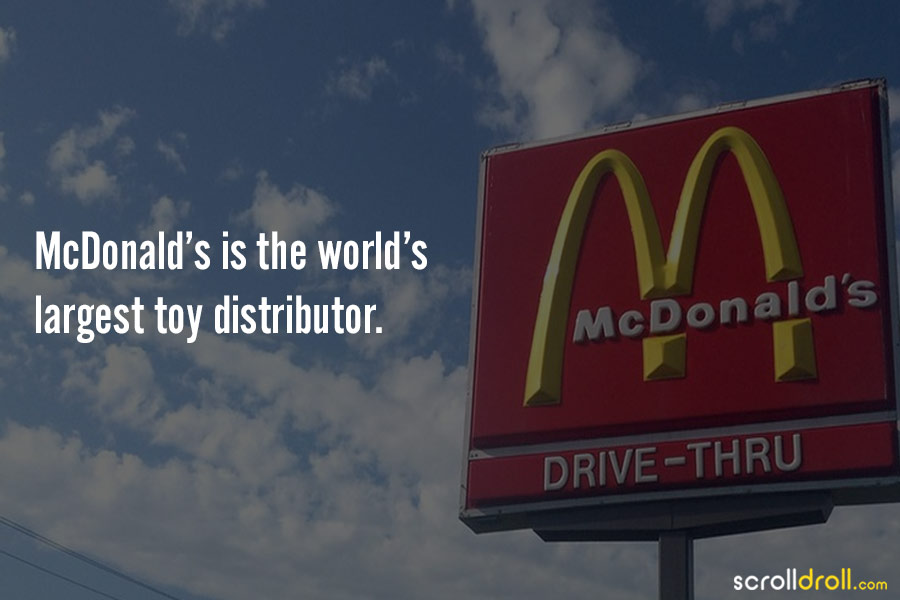 4. McDonald’s Chicken McNugget was so popular when it was introduced in 1979 that it caused a poultry shortage in the United States

Rene Arend – the inventor of the Chicken McNugget has revealed that McNugget was so popular in 1979  when it was introduced that it caused a poultry shortage in the US. 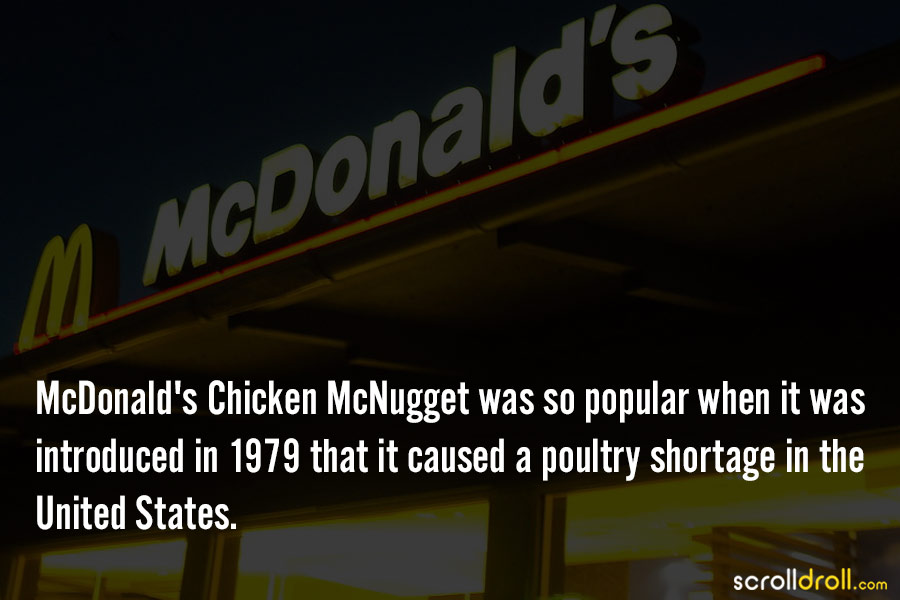 Not because he owns a store, but because he has a McDonald’s gold card. Apart from Bill Gates, Warren Buffet, Rob Lowe, Mitt Romney also have gold cards. I don’t know what that is. Nobody knows how to get one of those. But you get free fast food, that’s all we know. 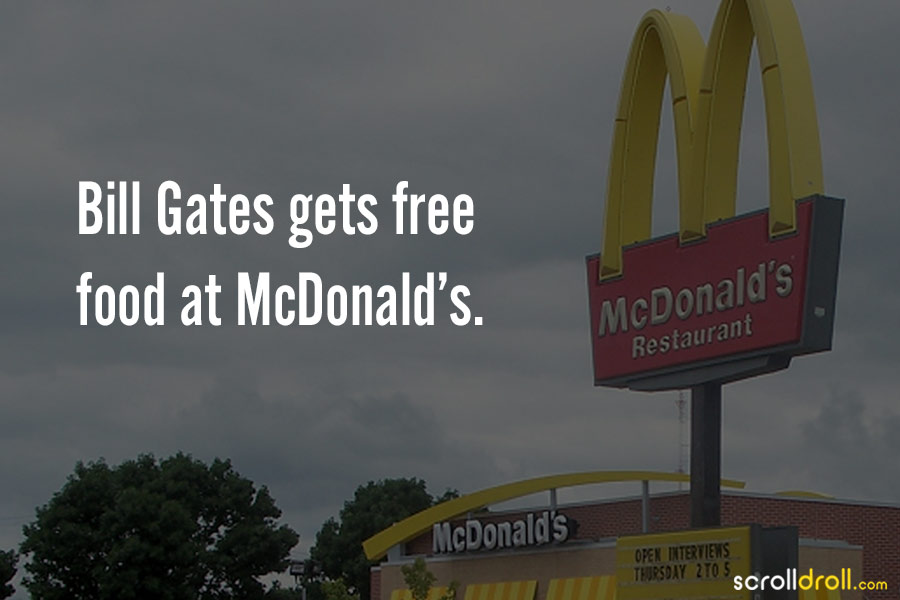 6. McDonald’s sells beer in Germany and some other Western European countries.

McDonald’s has been known to cater to the tastes of the countries they operate in with the introduction of items that are a deviation from their standard menu. Some McDonald’s restaurants in Asian countries serve soup. Beef Burgers aren’t available in India. 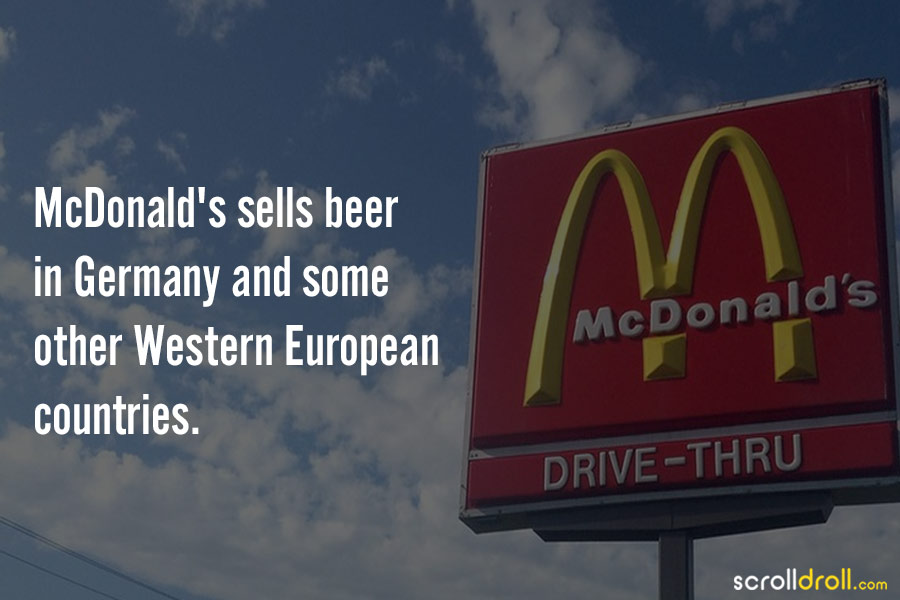 7. The original mascot of McDonald’s was Speedee – a chef hat on top of a hamburger!

The Golden Arches replaced Speedee as the mascot in 1962. The mascot we are more familiar with now – clown Ronald McDonald, was introduced in 1965 to attract children. 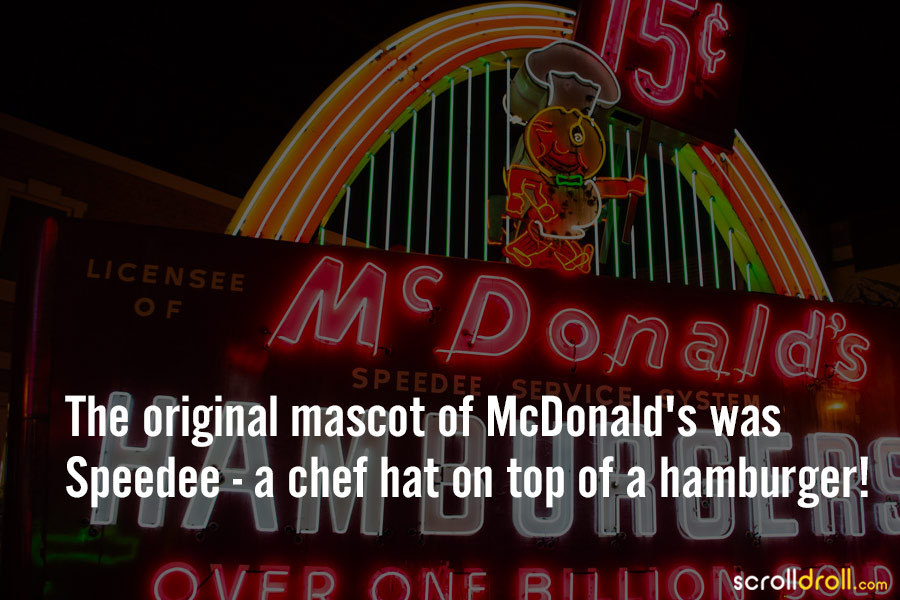 8. The majority of McDonald’s restaurants are in the United States followed by Japan and China

McDonald’s operates in more locations than any other fast-food chain both in the United States and Europe. The United States, Japan and China are followed by France, Germany, Canada, UK, Brazil and Australia when it comes to the number of locations of McDonald’s restaurants. 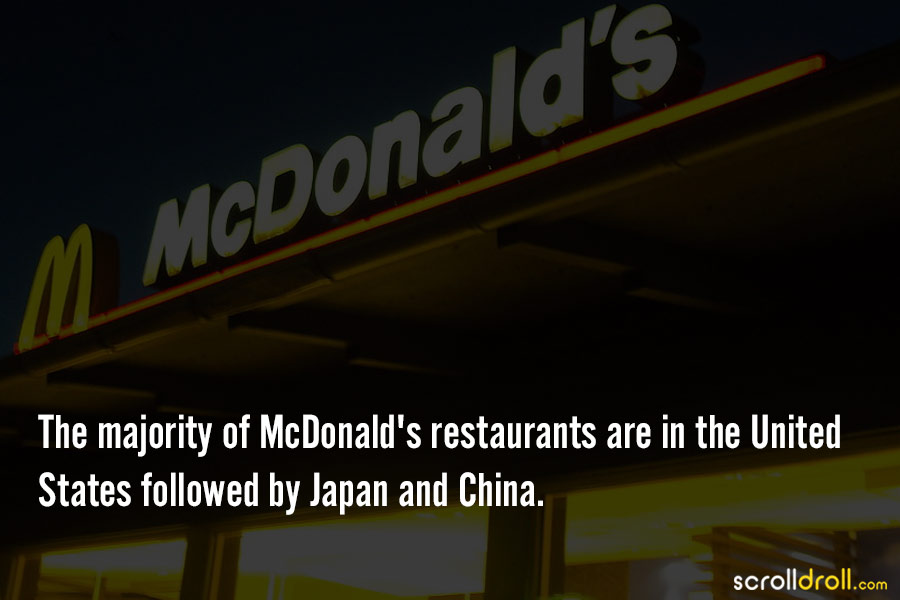 9. McDonald’s is the largest fast-food restaurant chain in the world by the number of locations in the world. 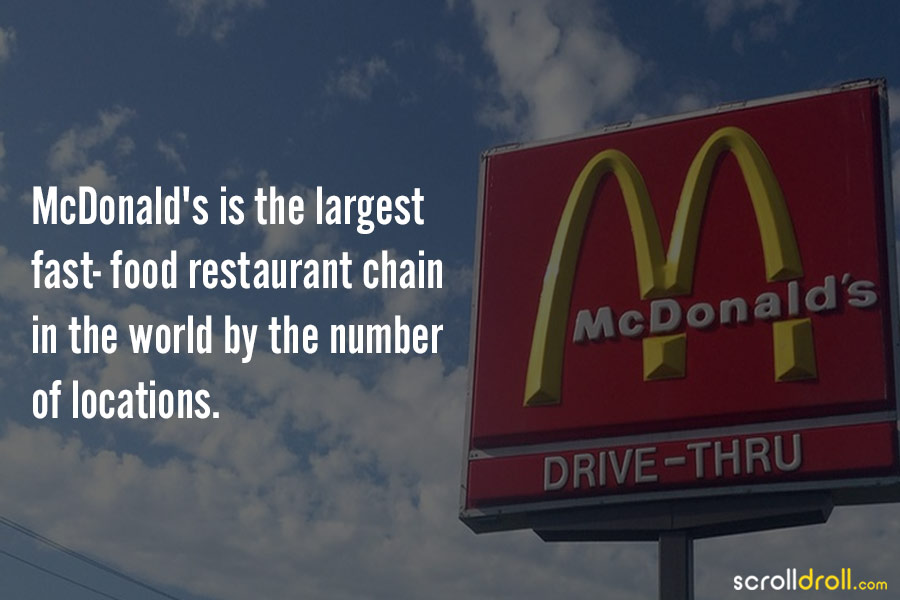 McDonald’s announced McPlant – a plant-based burger in November 2022 in partnership with Beyond Meat, a producer of plant-based meat substitutes. 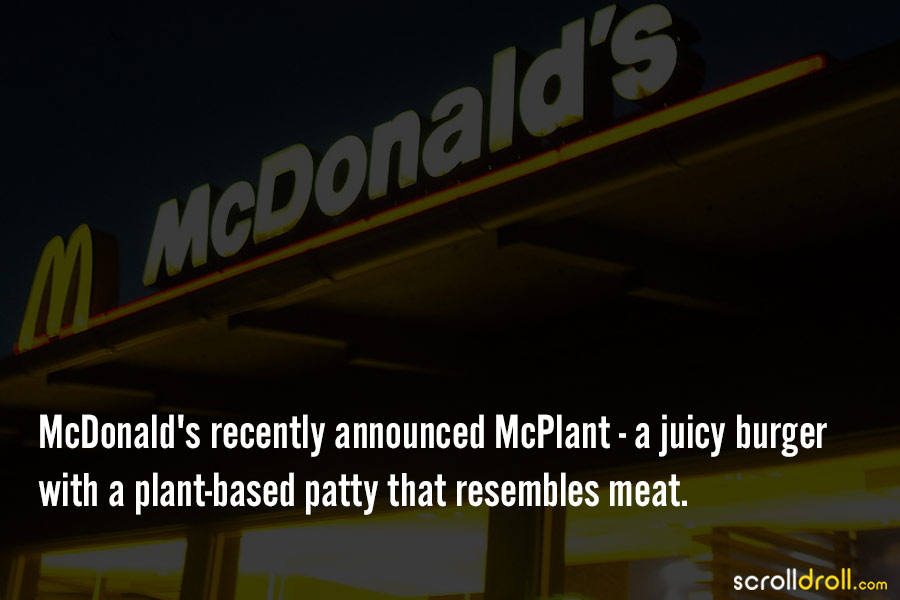 11. The Big Mac was earlier named: the Aristocrat and then the Blue Ribbon Burger

Both names failed in the marketplace. The name Big Mac was coined by a 21-year-old advertising secretary working at McDonald’s corporate headquarters – Esther Glickstein Rose. 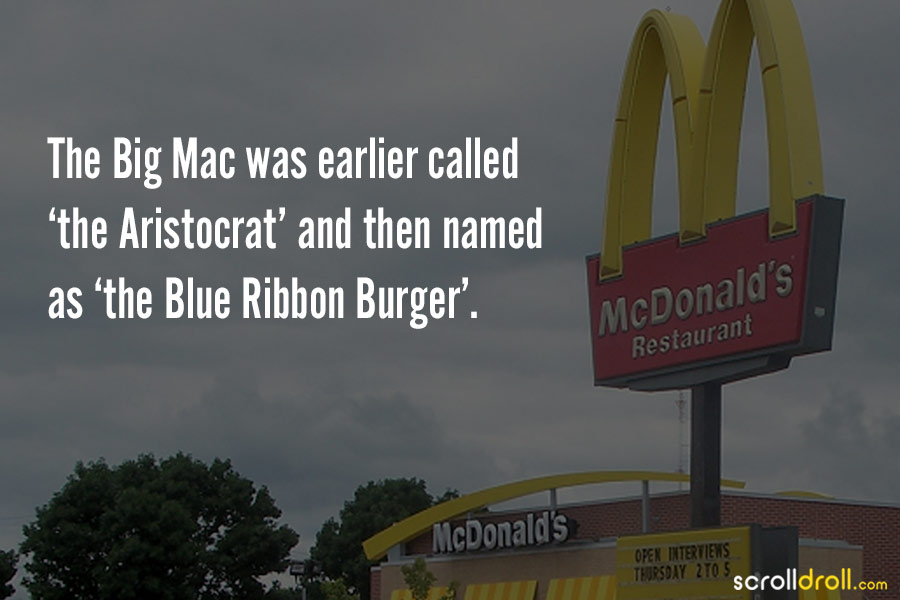 12. A McNugget resembling George Washington was sold on eBay for $8,000

This is so weirdly funny. In 2009, a customer from Nebraska was about to throw away the leftovers until she took a closer look and realized the resemblance with the American president. She put it up for auction and three years later in 2012, it was auctioned on eBay for $8,000. 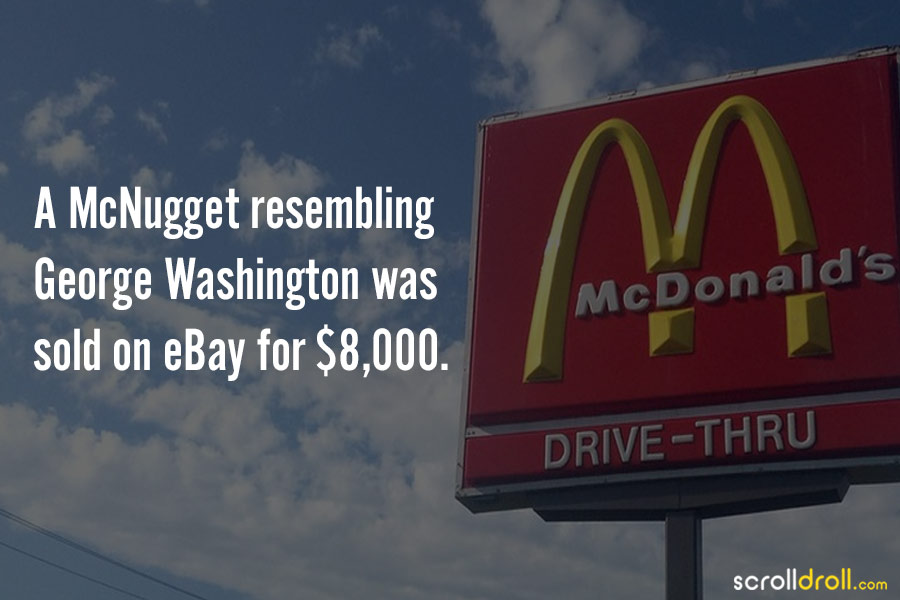 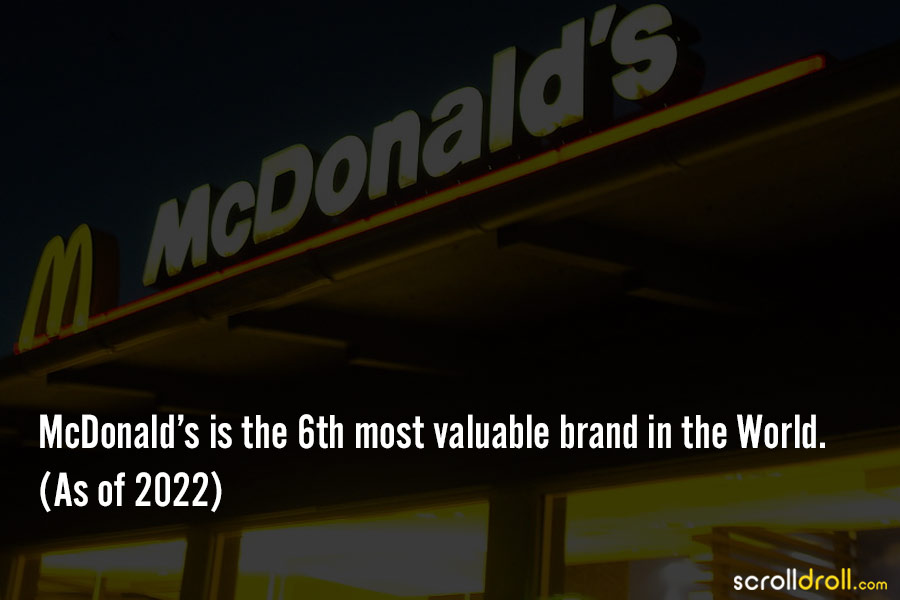 14. The best seller on the McDonald’s menu is French Fries

It’s not their flagship Big Mac but French Fries. Big Mac happens to be close behind. 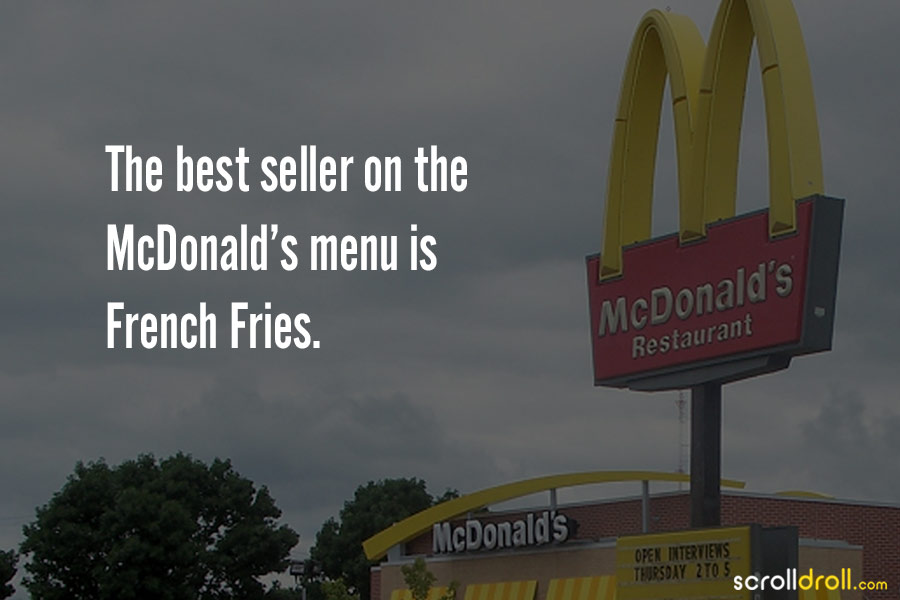 We come to the end of the list of 14 interesting facts about McDonald’s you probably didn’t know before. How many times do you go to a McDonald’s store?