India has the world’s second-largest road network, with national highways, accounting for only 1.8 percent of all Indian roads. There are over 200 national highways, with a total length of 101,011 kilometers. In India, the total length of state highways is 1,31,899 kilometers. India possesses the Golden Quadrilateral (GQ). GQ is a national highway network in India that connects the country’s major industrial, agricultural, and cultural centers. It forms a quadrilateral connecting India’s four major metropolises: Delhi (North), Kolkata (East), Mumbai (West), and Chennai (South). Here is the list of the 10 longest National Highways in India.

Also Read: 11 Extremely Dangerous Roads That Would Give You Nightmares

The NH44 is India’s longest National Highway, stretching for approximately 3,745 km. It began in Srinagar (Jammu & Kashmir) and ends in Kanyakumari (Tamilnadu). This national highway incorporates seven major old national highways that form part of the North-South Corridor. The route length is enormous, covering a vast amount of ground. 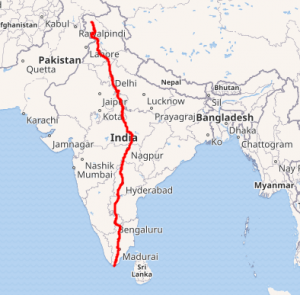 After NH 44, NH 27 is India’s second-longest highway in terms of total kilometers traveled. This National Highway is approximately 3,507 kilometers long. This National Highway connects Porbandar and Silchar. NH 27 connects various parts of the country, including Gujarat, Rajasthan, Uttar Pradesh, and Madhya Pradesh, as well as other Indian states. 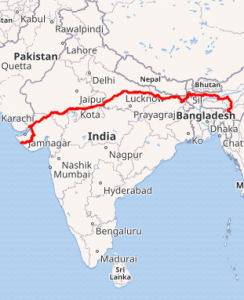 According to the records, the total distance covered by NH 48 is approximately 2,807 km. Starting in Delhi and ending in Chennai. This national highway connects Delhi and Jaipur and spans a considerable distance. From Mangalore to Nelamangala, this extensive route captures different parts of the country and has very good road construction with beautiful scenery on both sides. 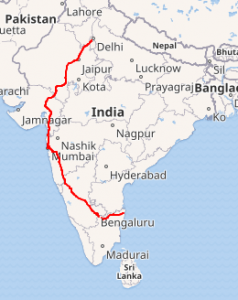 National Highway 52 (NH 52) connects Sangrur, Punjab, with Ankola, Karnataka in India. It is 2317 km long. After combining a number of existing Indian national highways, the number 52 was assigned. Ankola in Karnataka and Gooty in Andhra Pradesh were connected by the former NH-63 route. Highway 52 begins at the Ankola junction of National Highway 66 (former number NH-17) and travels up to the Western Ghats’ Arebail ghat, then to Yellapura, and finally to Hubbali (Hubli). From Vijayapura (previous name Bijapur) to Solapur, a section of old national highway 13 was connected to NH-52. 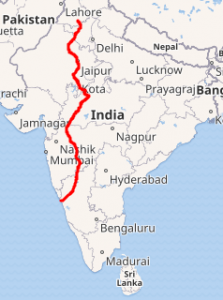 National Highway 30 spans approximately 1,984 km and is considered one of the country’s primary national highways. The highway, which connects Sitarganj in Uttarakhand to Ibrahimpatnam in Andhra Pradesh, has several interchanges along the way, including those in Uttarakhand, Uttar Pradesh, Madhya Pradesh, Chhattisgarh, Andhra Pradesh, and Telangana. 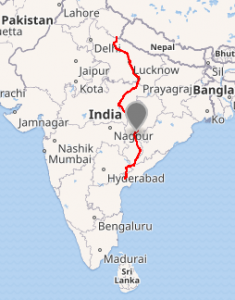 According to records, National Highway 6 spans approximately 1,949 km, beginning near Jorabat (Meghalaya) and ending at Selling (Mizoram). This is considered the longest national highway in northeast India. This highway has a large span and passes through several states, including Assam, Meghalaya, and Mizoram. 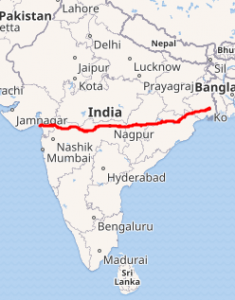 The National Highway 53, also known as NH 53, is a highway that runs from Hajira in Gujarat to Odisha, covering a distance of approximately 1,795 km. This NH 53 passes through several states, providing a great starting point for travel. Some of the main juncture points of NH 53 are in Gujarat, Chhattisgarh, and Odisha. 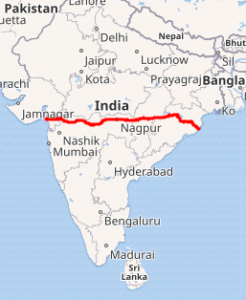 National Highway 16, is a part of the well-known Golden Quadrilateral road project. It officially captures a distance of around 1,711 km that connects the east coasts of West Bengal, Odisha, Andhra Pradesh, and Tamil Nadu in one string. This highway runs for 1,659 kilometers and connects various important junctions, including cities and towns. The NH 16 comes to an end in Chennai, Tamil Nadu. 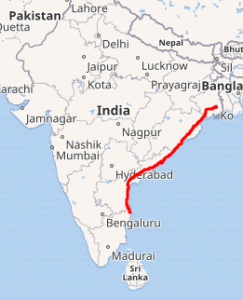 National Highway 66 is one of India’s busiest national highways, passing through several major cities. It is approximately 1640 km long. The highway has passed through Maharashtra, Karnataka, Kerala, and Tamil Nadu, among other states. The roads are very well constructed and will provide a memorable journey due to the scenic beauty. The NH 66 easily connects Cape Comorin and Panvel. 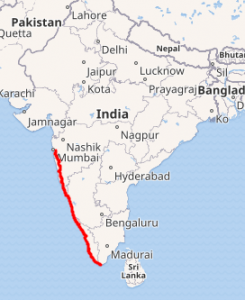 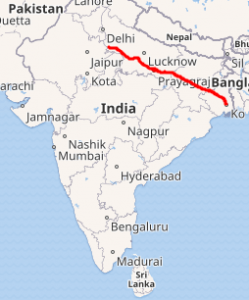 This was a list of the 10 longest National Highways in India, these highways connect our country from one state to another. They have made traveling by road easier and faster. We hope the information was useful!

Can Money Buy Happiness? Connections Between Money and Happiness