A “new normal” that’s plagued India is lynching. From Uttar Pradesh to Tamil Nadu, this unlawfulness has sunk its claws deep in our country. Rarely a state’s there, which is safe from this atrocity. For a nation that’s civilised (to the most part), why should even a single such case be tolerated?

Although, this heinous mobocracy dates back to an age when no proper law & order existed, why are the numbers increasing when we’ve a functioning government? Looks like it’s long due that lynching gets criminalised & justice is served!

Severity of the Problem 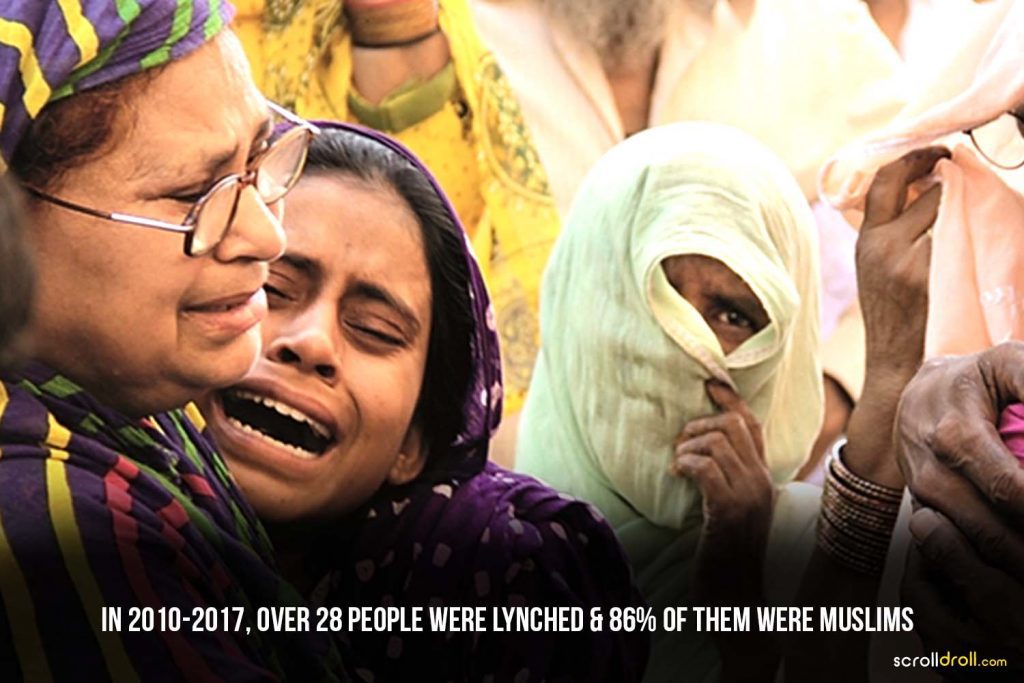 Because national crime data doesn’t distinguish between general violence, IndiaSpend did a content analysis & revealed some shocking figures about mob violence. Between 2010 and 2017, over 28 people were killed by an angry mob. 97% of these attacks happened under the wings of current government and almost all of them were fuelled by cow slaughtering. Absurdly, 86% of the people lynched were Muslims. The gravity of this ordeal increased even more this year, shockingly, in 2018 alone, over 20 people have faced the same fate.

The figures are widely understated as Haryana & Madhya Pradesh showed no cases of mob violence when they’ve witnessed some of the worst such cases. 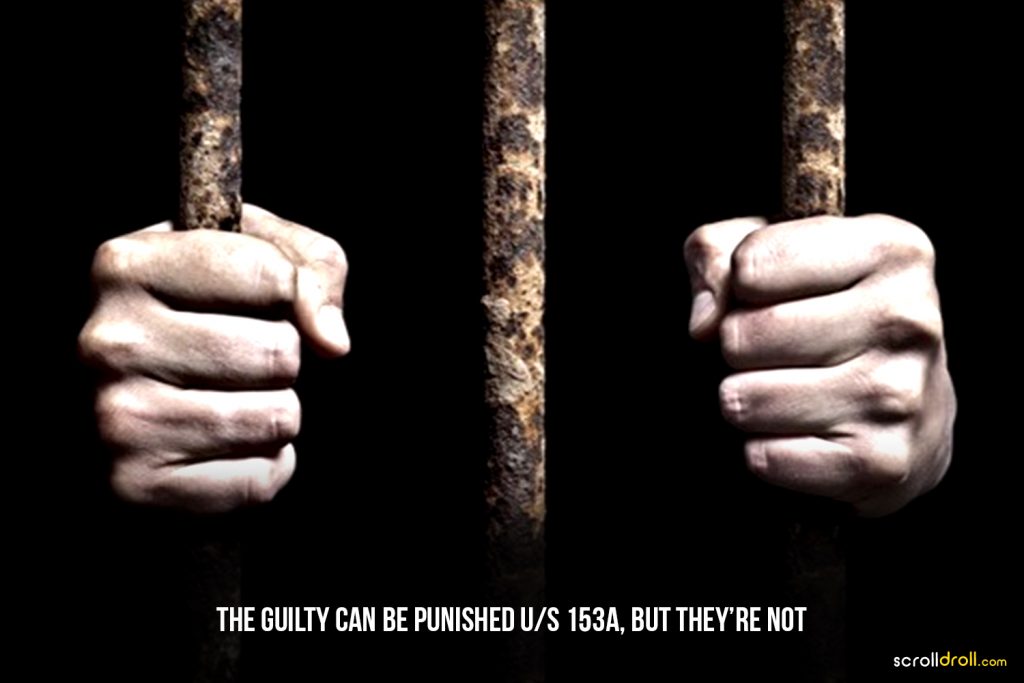 If a crime is ignored for too long, it entrenches itself in the lives of people. And, the reason it’s compounding, is impunity—those who murder are confident about getting away with it. Won’t it be better if the Supreme Court asks the Parliament to stop supporting communalism instead of enacting a new law against lynching? There are plenty of existing provisions in IPC which can be tweaked to put the culprits in jail! For instance, according to section 153A of IPC those who promote hatred or ill will among religion, castes or communities are liable for punishment.

It’s pretty evident that the state can act if it wants to, neglecting mob violence is no solution to this cruelty. And if lynching is ignored for too long, one can’t help but assume that it’s government’s strategic attempt to silence those against them & to implement discriminating ideologies.

How secularism is fading away? 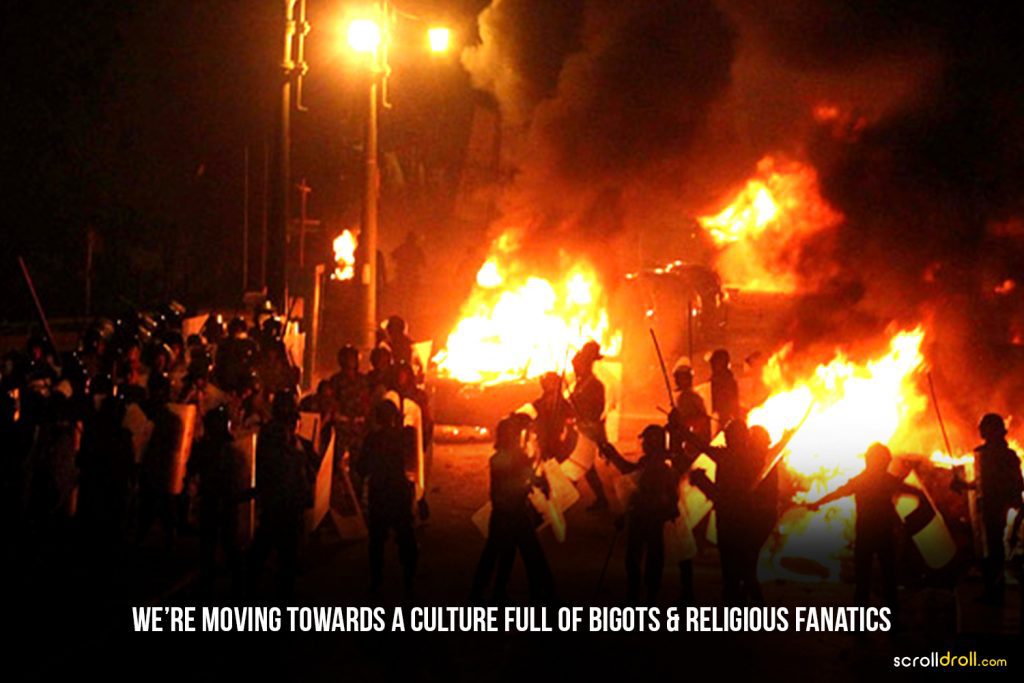 Although, we were Secular before “Divide and Rule”, it’s shameful that minorities are scared to step out of their houses these days. From religion based to caste based, discrimination is pervasive in the country, now more than ever. Recently, in Gujarat, a garbage picker was brutally attacked for supposedly stealing scrap and a 13-year-old Dalit boy was killed by youths of upper caste for getting a haircut. How long will the grieved be unheard? If prejudiced ideologies continue to persist, we’ll be ensuring a culture full of killer mobs, extremists, religious fanatics & vigilantes, for generations to come. 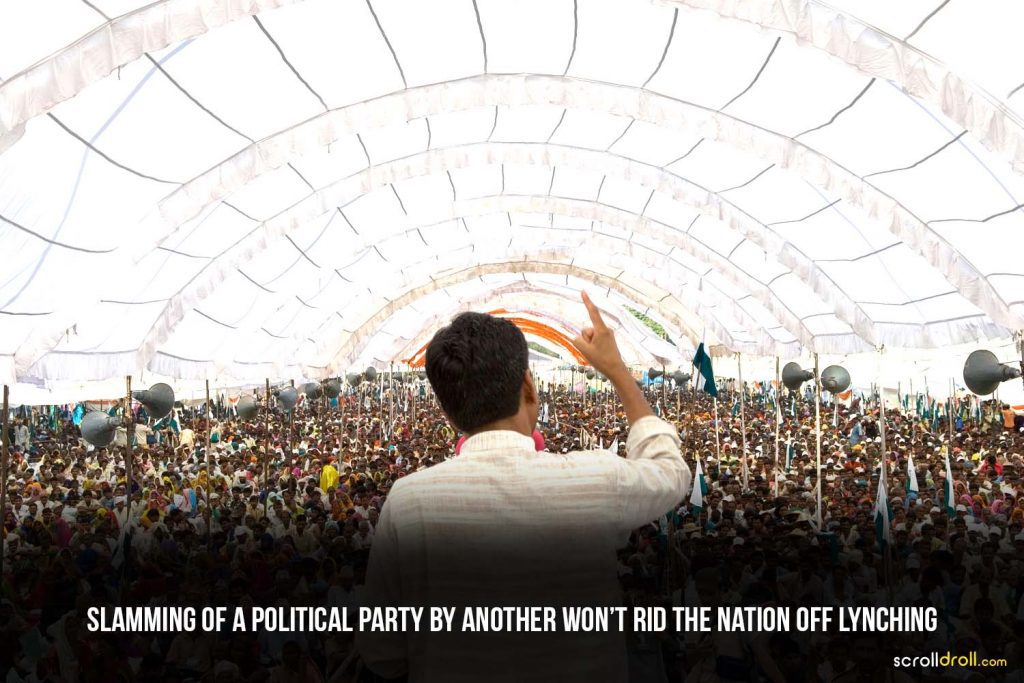 Although, political parties have been using divide and rule to benefit, however, with this current government our Secularism and Democracy are in danger. For instance, speaking on Alwar Lynching—where a 28-year-old was killed—in July, 2018, CM of UP condemned Congress for “making a mountain out of a molehill”, as if it were a petty incident. Now, what’s infuriating is that these notable politicians aren’t slamming those who are promoting this violence but each other.

It’s true every country experiences political unrest & religious conflicts, at some point. But heartlessly killing people for not sharing same political & religious sentiments, is outright wrong and an attack on democracy. It’s unknown when we’ll be able to rise above this mayhem but it’s imperative to speak against it & not be okay with it.

Hence, it’s an appeal to the nation “to think before proceeding”, ensure the authenticity of the news you receive on WhatsApp or Facebook before believing it. Remember, as troubling as the system gets, justice is not for you to take!