As a kid, I was the weird nerd glued to the television watching news day and night. Back in the day, journalists actually believed in reporting news rather than shouting their opinions about it. But gone are the days, and we might as well say a last prayer for Indian journalism as well, because these news reporting fails prove we hit rock bottom years ago.

Also read: 21 Funny News Stories That Prove Anything Can Happen In India

1. When two panelists got into an actual fist fight on live television:

3. And of course, when this famous travesty happened:

4. When Mahua Moitra had this to say to Arnab, and frankly, same pinch:

5. When Arnab Goswami was all to impressed by Modi’s sudden moves.

6. We all have that one dramatic friend who has to over-sell everything that happens to them.

7. This moment of inception when Republic TV reporter realised Rhea Chakraborty was watching Republic TV in her apartment (because of course, our well-mannered journos were peeping inside her apartment – nothing creepy there.)

8. The one time Arnab asked for drugs on National TV:

Arnab is asking for drugs on national TV 😂😂#drugsdebate pic.twitter.com/RrKX6pkK61

9. When you can’t go to the Moon but have access to a green screen: 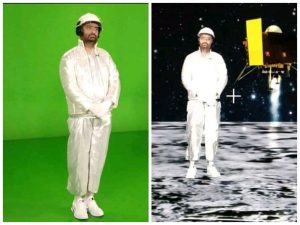 10. When you wanted to become an actor but ended up becoming a reporter:

11. When this reporter pointed out that Naga Sadhus are typically without clothes, so the one beside her obliged.

12. When Anjana Om Modi… I mean Kashyap, seemed to have forgotten her last name.

13. When this man concisely expressed our collective frustration with demonetization:

14. When “journalists” were caught stalking/chasing Deepika Padukone on live TV.

15. When panelists from India and Pakistan became a little too graphic for live television:

16. When Major General GD Bakshy had rather colourful words to say on live TV:

17. You heard it on Republic, of course. Where else?

Yeah. “You heard it on Republic” ! pic.twitter.com/fJVF30gtgS

18. When the father of an accused in a drug case threw a reporter outta his door: (video change0

19. When Arnab Goswami had some very stern words in store for Salman Khan in a case that – wait for it – had nothing to do with him.

20. When someone on Twitter realised that news channels had been bringing in the same person as an “expert” of virtually everything.

22. When this reporter on air was caught combing hair:

23. When Republic TV had more panelists than fingers on your hands: 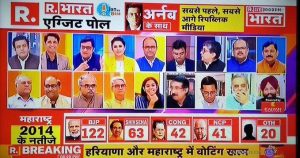 24. This elaborate tiger-saga that can only remind me of the countless Saath Nibhaana Saathiya episodes my mother has binged over the years: 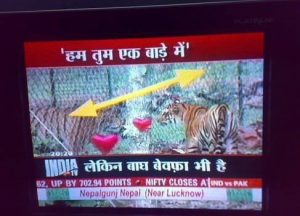 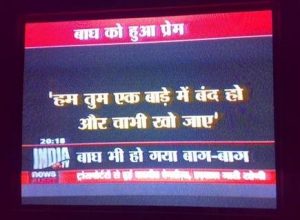 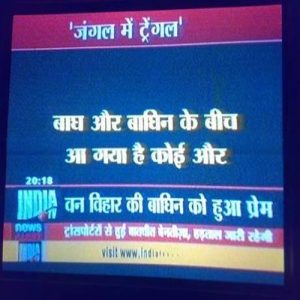 25. When this over-eager reporter exaggerated the cyclone just a tiny bit.

But the award for the best Originality goes to………… @ABPNews 🎉🎉👏🏻👏🏻 pic.twitter.com/nUpmQVQa7G

26. When this reporter read a bit too much in-between the lines.

Oh dear!!
⁦@TimesNow⁩ what are you guys even doing! interpreting imma bounce which simply is a slang/ contraction for I am going to bounce -in typical Marathi it means – mein toh katt loonge to IMMA as acronym🙈 & a ‘bounced’ cheque. #noclue #whatisthisreporting pic.twitter.com/5JttvhpLIk

As viewers, we must remind our journalists to do their jobs better. After all, they are supposed to be the fourth pillar of democracy. As long as reminders don’t work, mockery shall.