India is internationally recognised as an extremely colourful country. However, even more colourful are its people. Because cultures across this country can be so different from each other, there is no dearth of hilarious incidents that can tickle a bone or two. With that, we bring you 21 bizarre and funny news stories from India that had us in splits.

Also read: 21 Funny Signboards That Can Be Found Only In India

1. When Quarantine Got Lying Husbands in a Tricky Position

In a funny news story during lockdown, when two husbands from Ambala lied to their wives about a business meeting in Bangalore to be able to go to Bangkok, they hadn’t imagined they’ll be caught – and by the government, at that. Sadly for the two men in question, they were visited by the city officials once they had come back home due to their travel history. What a way to get caught, right?

They told their wives that they were visiting Bangaluru for business and actually visited Bangkok . However, after returning home, Police visited their homes with their travel records and pasted on the gate & explaining to their wives why their husbands need to be quarantined. pic.twitter.com/NVKqishWte

A family in UP was hospitalized after a boy was given weed by his neighbour who referred to it as methi jokingly. The boy then handed it to his sister-in-law who made a sabzi out of the supposed methi leaves. 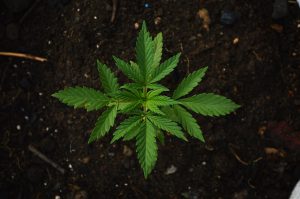 In one of the funniest news stories recently the Congress party elected a youth leader who had left the party back in March with Jyotiraditya Scindia to join the BJP. The leader in question, Harshit Singhai, was confused when people started congratulating him for being “elected.”

Monkeys are a usual sight in most places across India, but they’re not at their best behaviour all the time. In one peculiar incident, a monkey stole a bag containing four lakh rupees outside of a registry office in UP. He then ran away, sat atop a tree, and proceeded to throw away thousands of rupees. 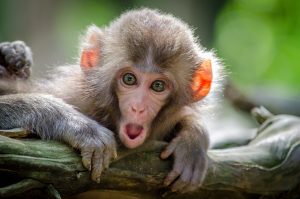 5. Punjab Boy Spends 16 Lakhs on PUBG, Made to Work in Scooter Repair Shop

PUBG has earned a notorious reputation for itself since it was discovered that children were spending an unhealthy amount of time playing it. With the ban in place, parents are probably sleeping easy now. But before the ban happened, a boy in Punjab took it a notch up by spending over sixteen lakh rupees on in-app purchases that he stole from his father’s account through his phone on the pretext of online classes. Once caught, his father made him work in a scooter repair shop to teach him the value of money. 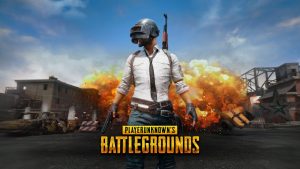 College management was furious when actress Sunny Leone’s name appeared in the merit list for admissions into a BA course. The actress herself, however, seemed amused and joked about it on Twitter. 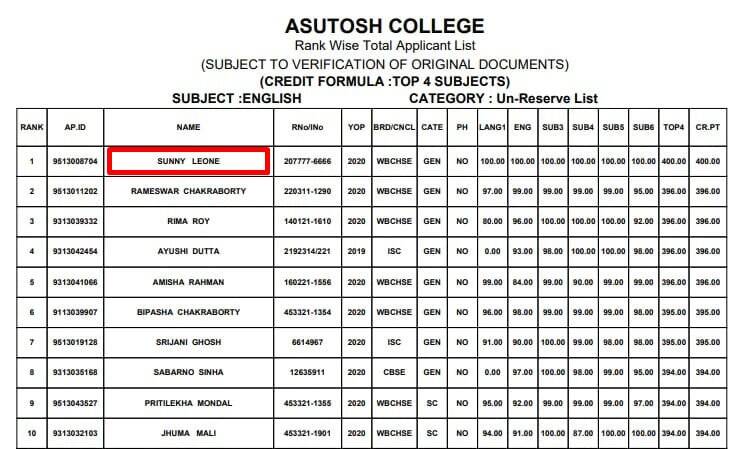 See you all in college next semester!!! Hope your in my class 😉 😆😜

7. Man Throws Snake When Refused Fuel in a Can

In another funny news story in India, a man in Maharashtra threw a snake inside the cabin of a petrol pump owner when he refused to give him fuel in a can. The incident was caught on CCTV. 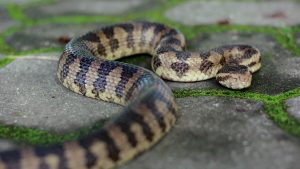 With the lockdown in place, we had found ourselves invested in various online games, Ludo being one of the most popular ones. However, a woman in Madhya Pradesh went as far as moving court when her father cheated in a Ludo game. She admitted that she had lost all respect for him and didn’t feel like calling him father anymore. 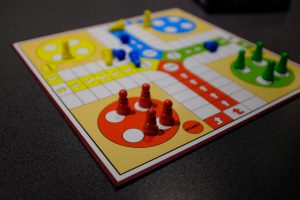 9. DJ Vehicle in UP to scare away murder hornets

There’s one thing so unique to India you cannot find it anywhere else – jugaad. When experts warned that a swarm of locusts will be flying over India, farmers in UP used a “DJ vehicle” (that is traditionally used in wedding processions) to scare away murder hornets from crops. 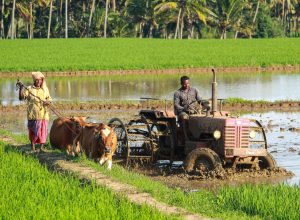 Travel restrictions and compulsory quarantine made it extra difficult for people to tie the knot. In india, where most weddings take place with the blessings of hundreds of relatives, a couple decided to get married at the Tamil Nadu and Kerala border so as to save the guests all the quarantine hassle. 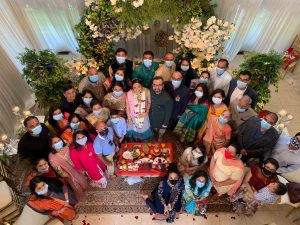 11. Man ties the knot with both girlfriend and girl chosen by family

In an unusual event in MP, a man married both his girlfriend and the girl his parents had chosen for him in an arranged marriage setting. The village panchayat decided that if both the women consented to being the two wives of the man, he could marry them both. 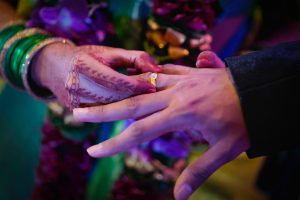 People weren’t particularly happy with the Indian media in 2020 and a man in delhi went ahead and wrote a clever obituary for “Me Dia.” What really is a sad commentary on the lack of awareness on the media’s part is that a newspaper unwittingly published it.

13. Woman approaches Sharia court to separate from husband who loves her too much.

In a bizarre incident, a woman in Uttar Pradesh decided to seek separation from her husband on the grounds of him loving her too much and not fighting with her. The couple has been married for over eighteen months. Naturally, the case was rejected by the court cleric and the couple has been asked to resolve the issue themselves. 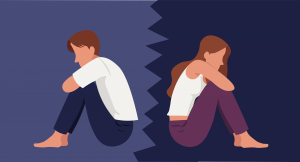 In another funny news story from India, locals in Noida were terrified on seeing a mysterious object floating in the sky, fearing a possibility of alien invasion. When the object finally descended into a nearby canal, it turned out to be an inflatable Iron-man balloon. 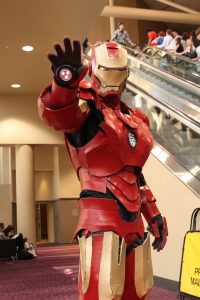 UP seems to have the most colourful stories of them all. In another incident from the state, a doctor was duped of 2.5 crores after he bought a lamp that two men sold him, saying that it was “Aladdin ka chirag” and had certain magical powers. 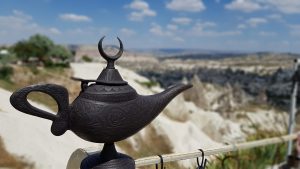 16. Woman cheats on boyfriend with an auto-wallah, so he steals phones from over 70 auto-drivers

A broken heart can make people do strange things. Case in point: a man from Ahmedabad was arrested for stealing phones from over seventy auto-drivers. On being questioned, he confessed that his girlfriend cheated on him with an auto-driver and duped him of all his money. 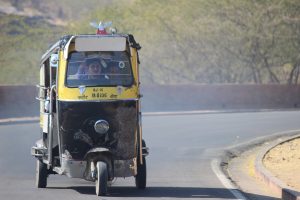 Indians aren’t very fond of rules. Be it their teachers, parents, or the government. A juice shop in Amravati encroached on an ATM centre even with the government advising people to maintain distance because of covid-19 and banks asking customers to follow guidelines. The ATM seems to have been pushed into one corner to make space for the customers coming to the juice shop.

18. Entire Bus-stop gets stolen in Pune

In a bizarre incident, an entire Bus-stop was stolen in Pune overnight and a reward of Rs 5000 was declared for anyone who’d help find it. A user on Reddit shared an image of the banner declaring the reward. 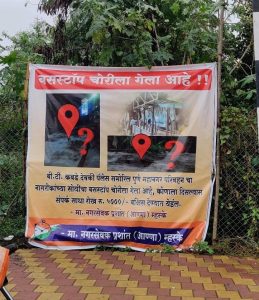 A woman was arrested by Bhopal’s crime branch for creating several fake websites to cheat people of over 10 crore rupees. She got engaged to the web developer so he wouldn’t expose her fraud. The woman was arrested, along with her sister and her fiance. 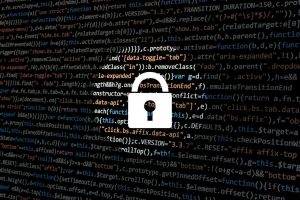 20. DSP gives speech against corruption, gets caught taking bribe after an hour.

On International anti-corruption day, DSP Bherulal Meena of Sawaimadhopur was heard advising people to call up the government helpline in case somebody asks for a bribe. However, he was himself caught within an hour while accepting a bribe of Rs 80,000. 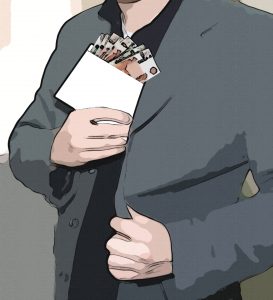 21. Rajsthan man spying for Pakistan admits he was lured in by nudes

A 42-year-old man from Rajasthan who was charged with treason for spying for Pakistan has admitted that he was lured in by photos of naked women and “seductive” conversations. Apparently women working for ISI would send him photos in exchange for information about army activities in border areas. 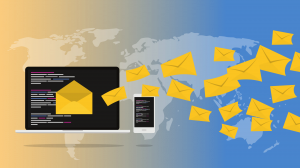 If nothing else, India has got all the content. With this list of the bizzare and funny news stories from India, we hope you begin this year with a smile.

How to Quickly Improve Your Physical and Mental Health (Guide)

How much money is needed to start Forex trading in South Africa?