Political statements are often called attention seeking, but statements by the political ‘heroes’ are now hitting an all-time low. Below the belt remarks have become commonplace.

It is however commendable how the Indian media and population all condemn the statements and make sure the leaders know their place.

So we’ve scraped together for you, 11 political statements that shouldn’t have been made by leading politicians.

Samajwadi Party leader Azam Khan made this statement after which the Election Commission barred him from holding public speeches and meetings. An FIR was also launched against him for inciting hatred. 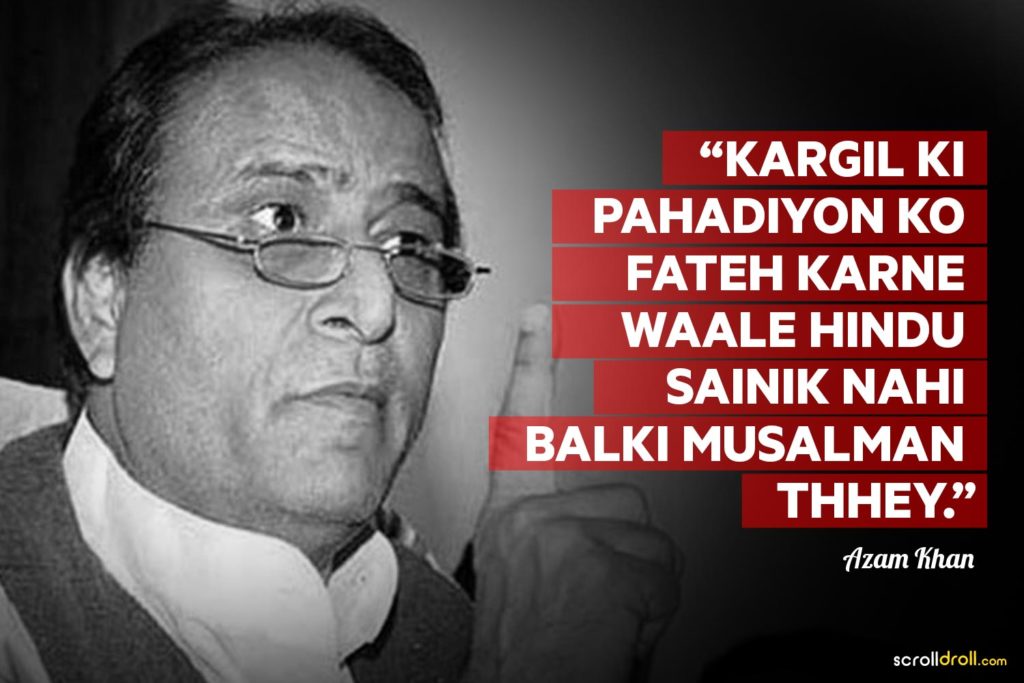 Shiv Sena mouthpiece Saamana wrote a scathing editorial on May 2, 2014 against Gujarati businessmen who supported Modi and did not partake in Maharashtra Day celebrations. 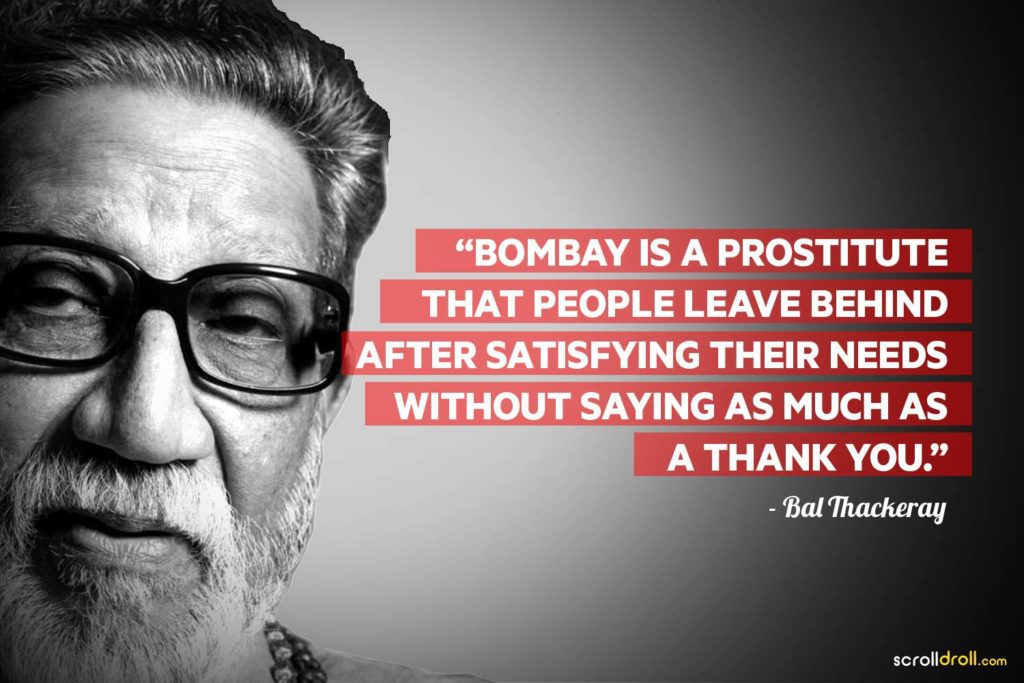 Indira Gandhi abolished the privy purses in 1972, stopped food imports and coined the slogan ‘Garibi Hatao’. Her behaviour was being seen as increasingly autocratic and imperious, purging Congress of any possible dissenters. 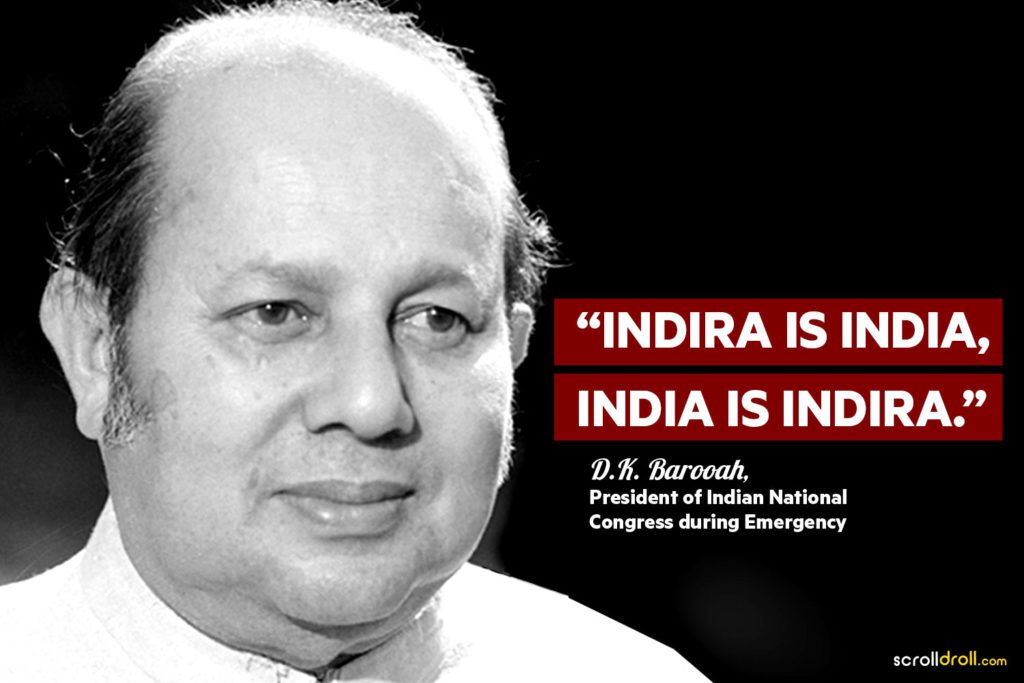 While Indira Gandhi was the prime minister of India, she chose Giani Zail Singh to become the president. It was then that he said this to show his loyalty towards her. 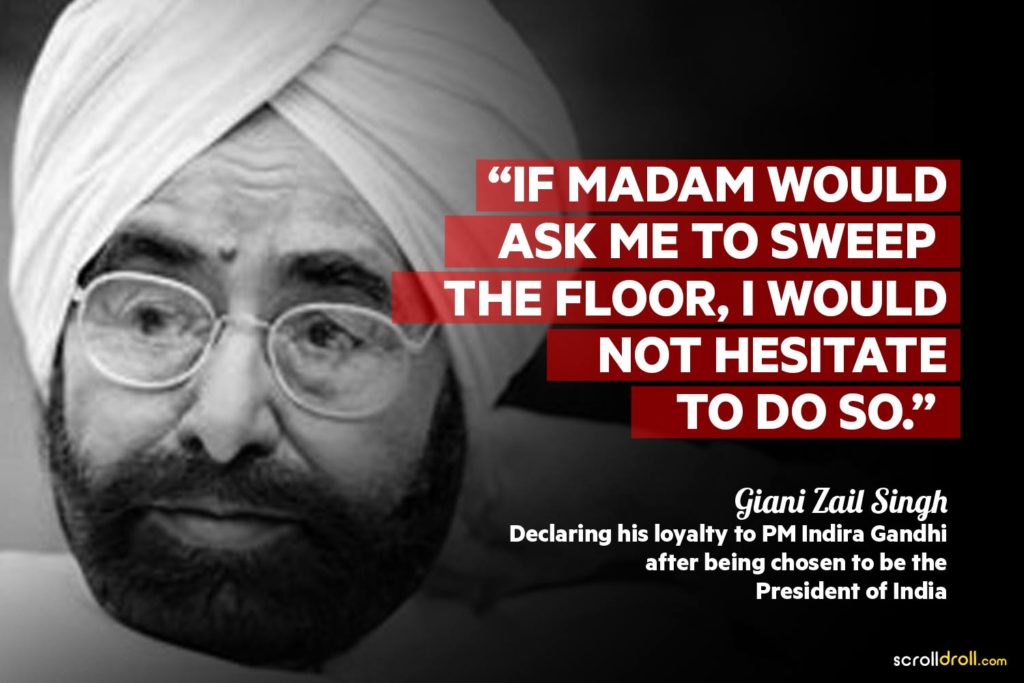 Raj Thackeray has often targeted North Indians in his speeches. This time, he targeted the migrants in Maharashtra by saying the crime rates were on a rise due to a large number of North Indians flooding the state. 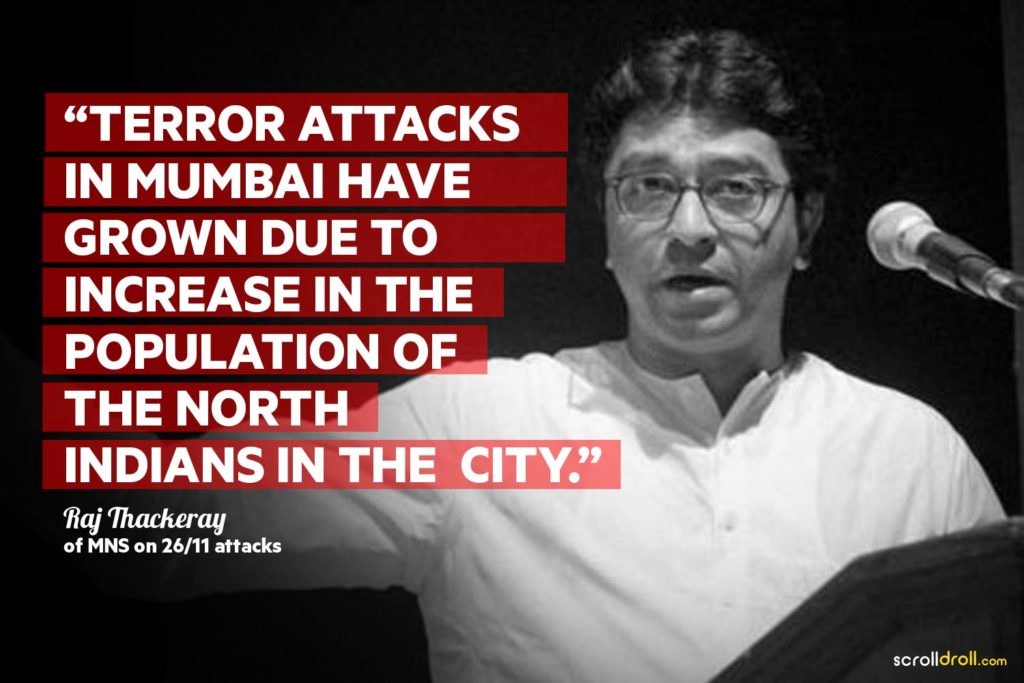 After Indira Gandhi was assassinated, her son Rajiv Gandhi said this infamous sentence during the 1984 Sikh riots. The riots were a fallback of the assassination, which was carried out by two of Indira Gandhi’s Sikh bodyguards after the completion of Operation Blue Star. 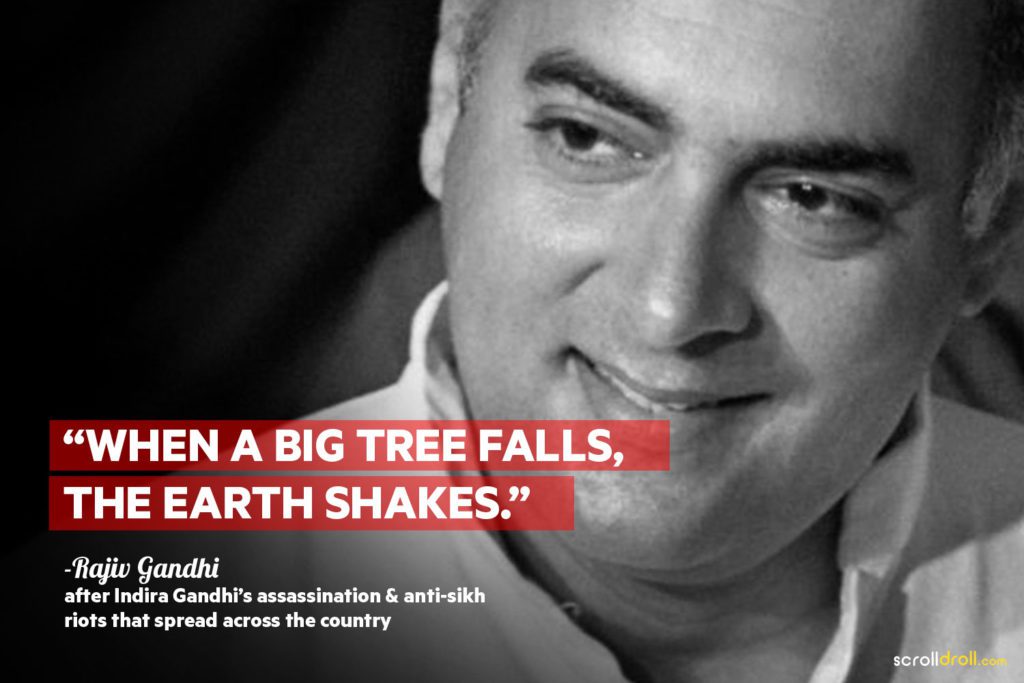 NCP leader RR Patil often falls under strong criticism because of his statements. This statement was made by him after the 26/11 attack, after which he had to resign from his post as Maharashtra’s home minister. 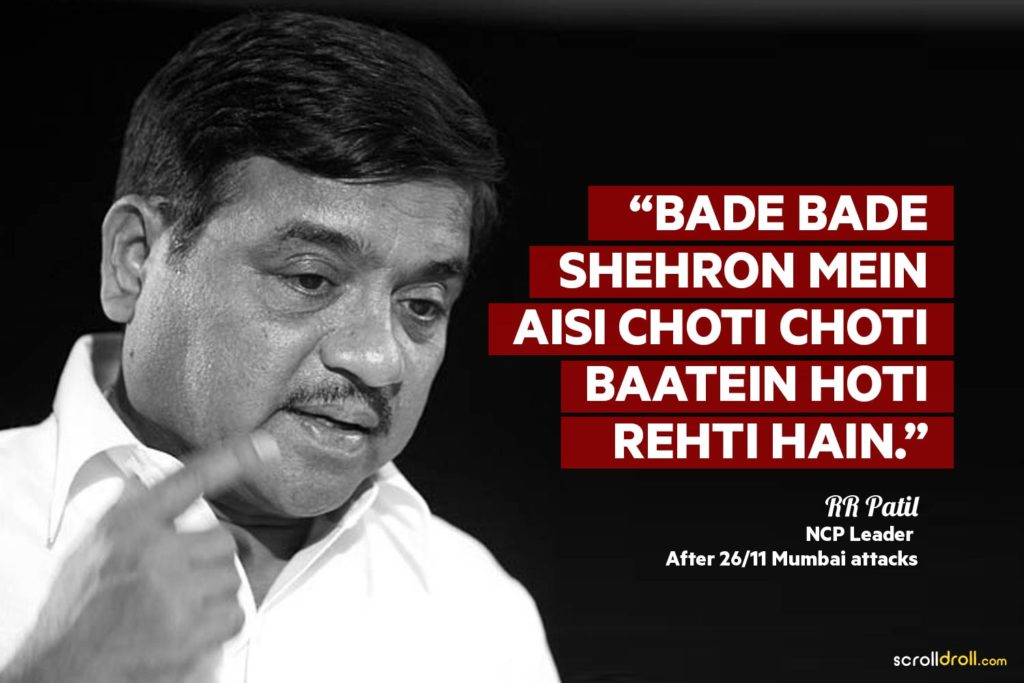 Salman Khurshid justified the government’s inaction after the 2G spectrum scam, in which many industrialists and politicians were involved. In the charge sheet filed by CBI, the loss was pegged at ₹309,845.5 million. 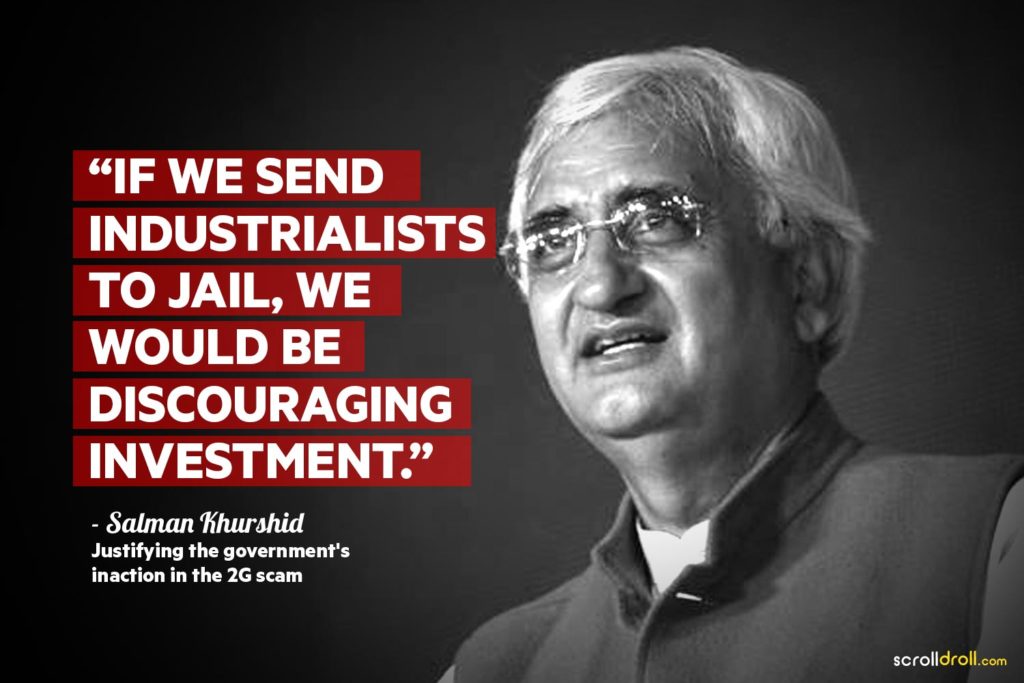 It is a very common behaviour of politicians in the country to use unacceptable language and adjectives for the opposition leaders. This was one such instance when Sonia Gandhi spoke ill about the then chief minister of Gujarat, Narendra Modi, in light of the Godhra riots. 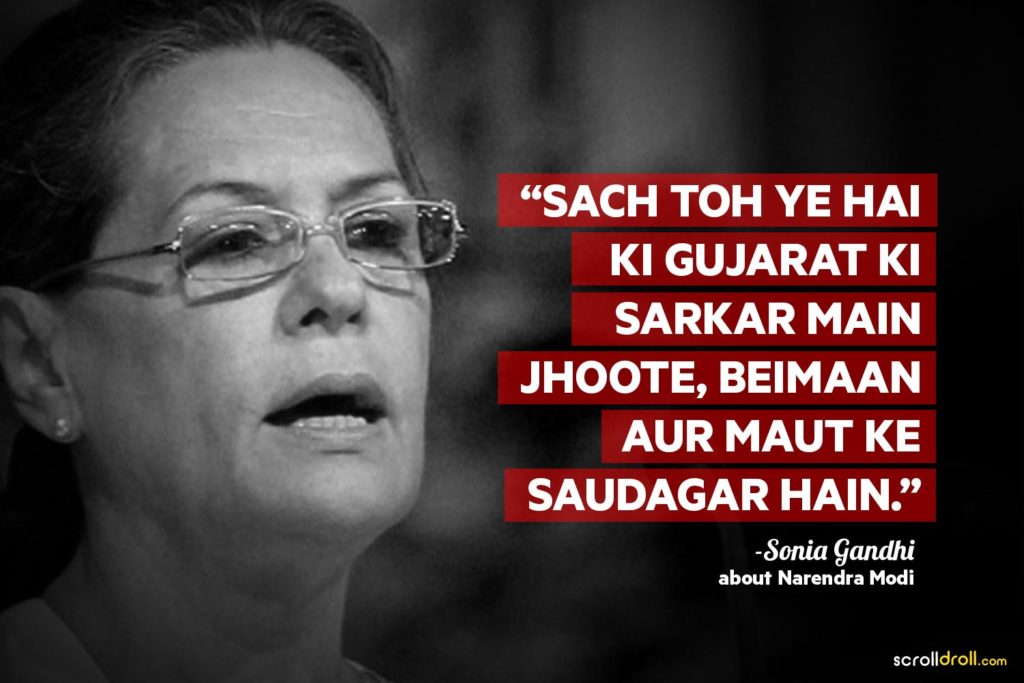 On being asked about the parliamentary session deadlock after the Coal Scam Sushil Kumar Shinde, the then home minister said the parliament would resume in some time owing to the poor memory of the people. The Bofors Scam was a major political scandal in India during the 1980s. 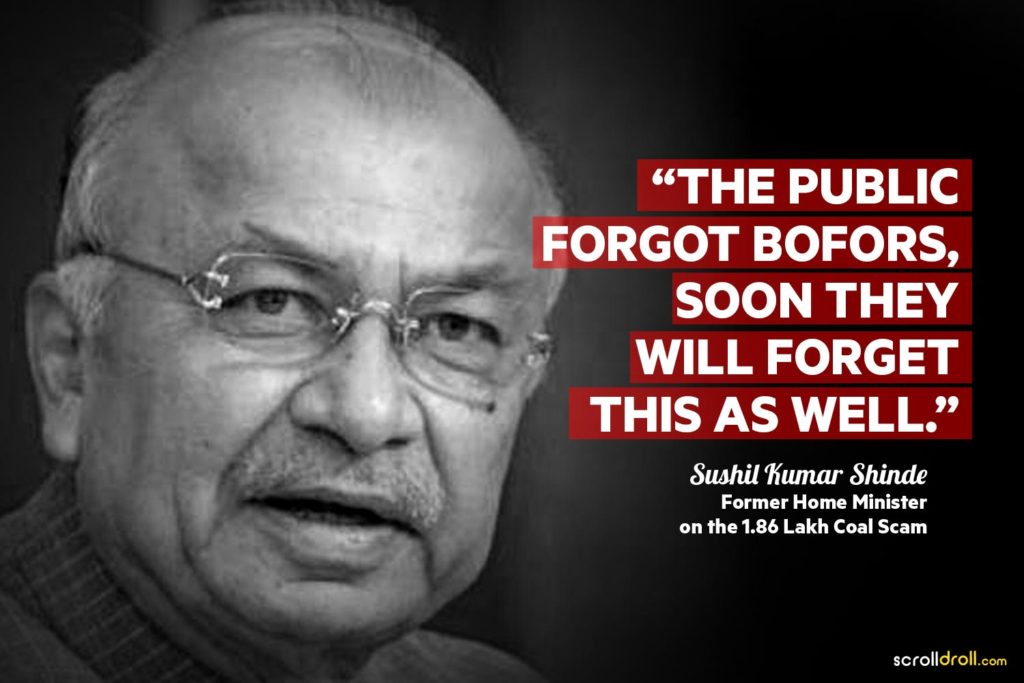 As sad as these statements may be, our politicians have often found themselves being ridiculed for their insensitive statements that are often seen offending a community or the nation as a whole. The politics of caste, race and religion has truly corrupted the Indian political scenario.

It is time the politicians are pulled up for it and are forced to maintain a gentlemanly language skill.