21 Quotes On Rohit Sharma -The Hitman of Indian Cricket

One of the most prolific batsmen of the recent times, Rohit Sharma is a name to reckon with in World Cricket today. His shots are unbelievable, timing impeccable and scoring runs seems easy when Rohit is on the crease. Some of the famous quotes on Rohit Sharma speak volumes of his extraordinary talent and batting prowess.

Rohit Sharma belongs to a very humble family who has to struggle hard to afford his schooling and cricket coaching. Starting as an off-spinner, Rohit Sharma soon switched to batting and opening the innings. His consistent performance in domestic circuits earned him a place in the Indian team where he caught everyone’s attention first at the T20 World Cup 2007 and then in CB Series against Australia. Today he has scored almost 10,000 runs in ODIs with several centuries and 2 ODI double hundreds.

We bring you some of the best quotes on Rohit Sharma by some of the legends of the game, his contemporaries and sports commentators.

1. When you have a player of Rohit Sharma’s sheer class in the white ball game, a top innings is always round the corner. – Harsha Bhogle 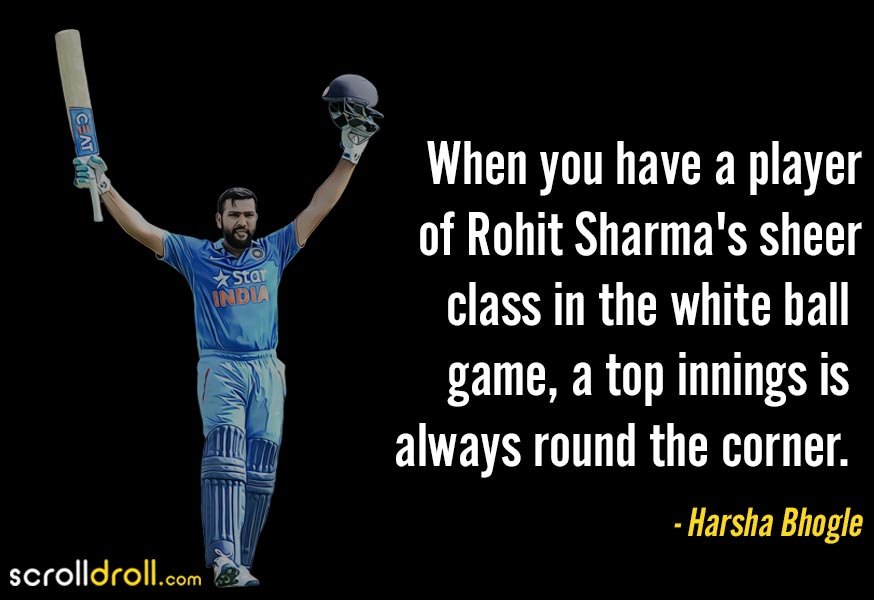 2. You would be a fool to be tempted to bat like Rohit because he is in a different class. – KL Rahul 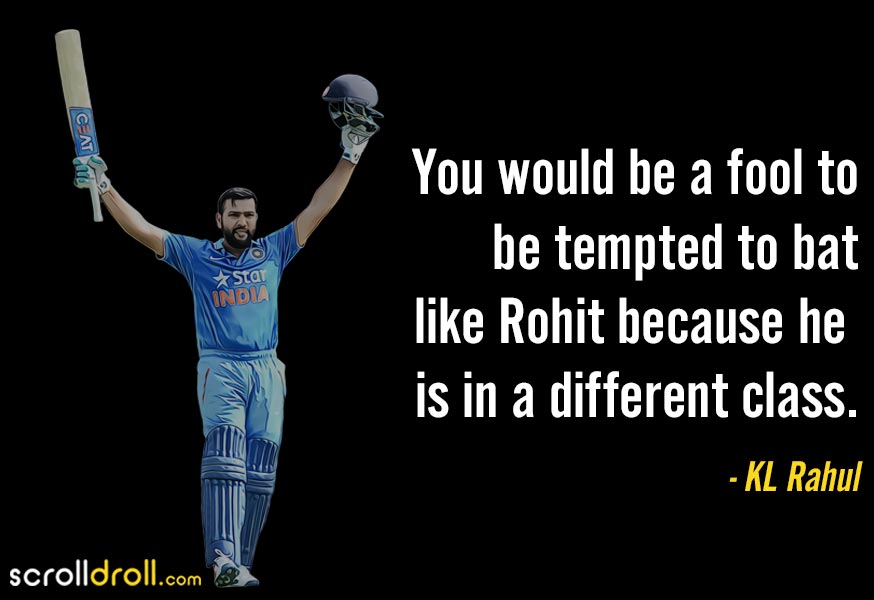 3. Rohit Sharma, according to me, is the best talent India has ever had. – Gautam Gambhir 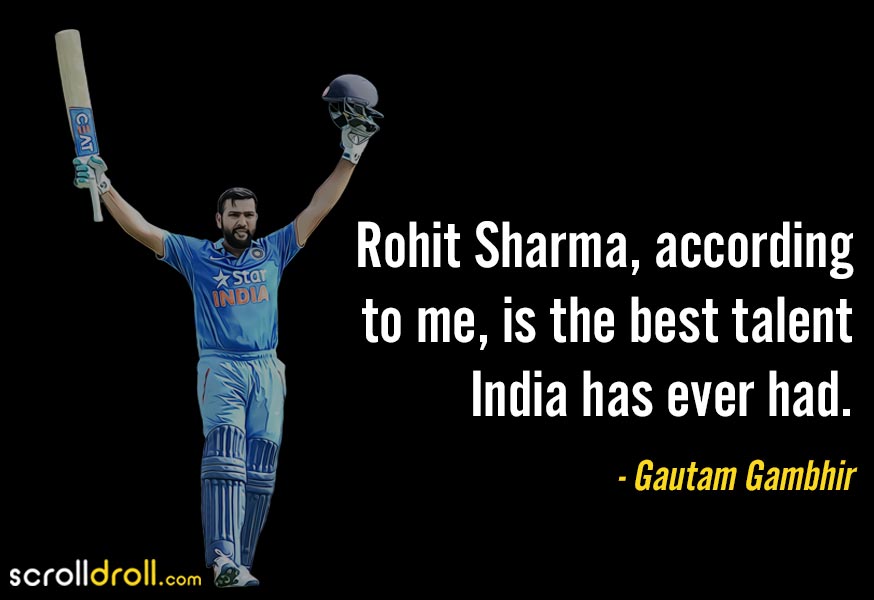 4. Rohit Sharma is one of the most god-gifted talent that is around. – MS Dhoni 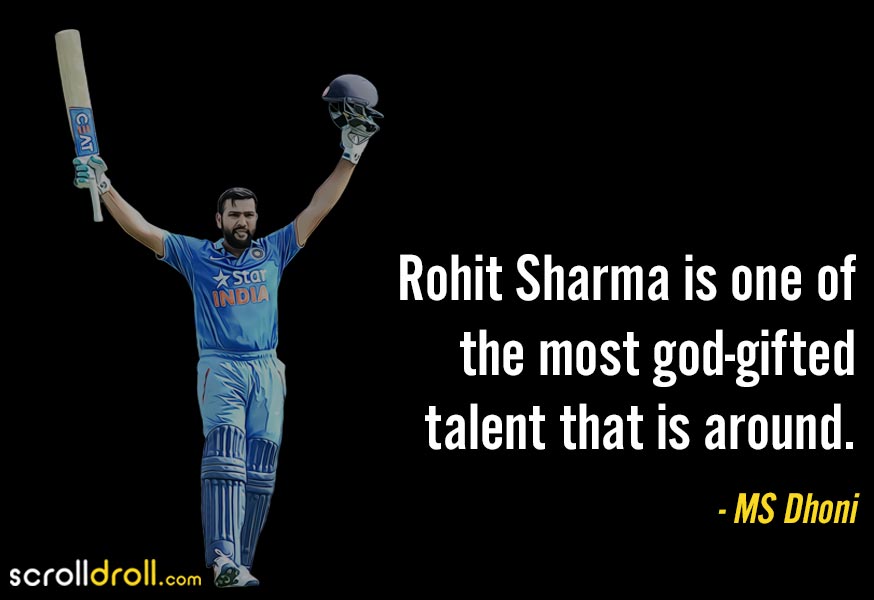 5. It is always a pleasure to bat with Rohit Sharma – Virat Kohli 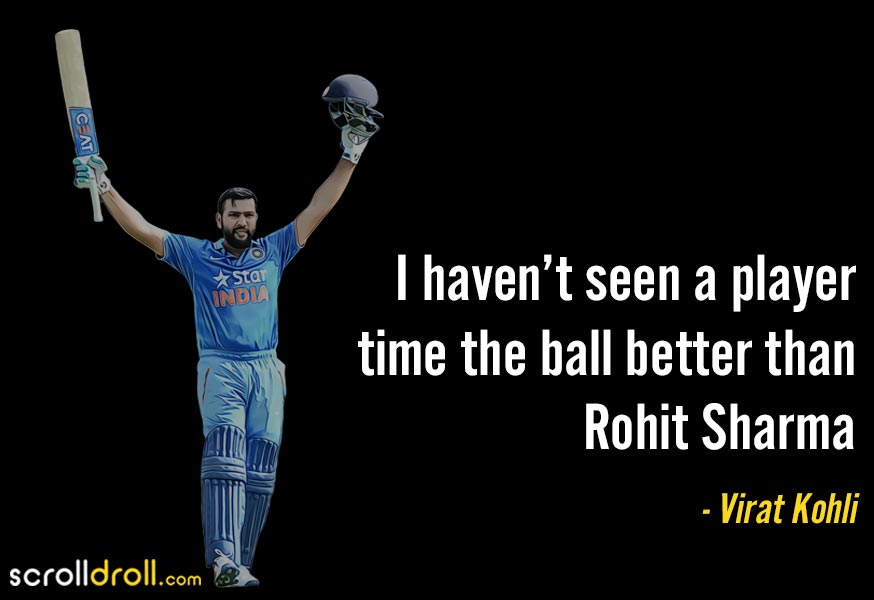 7. Rohit Sharma is a calm captain and a gentleman – Nasser Hussain 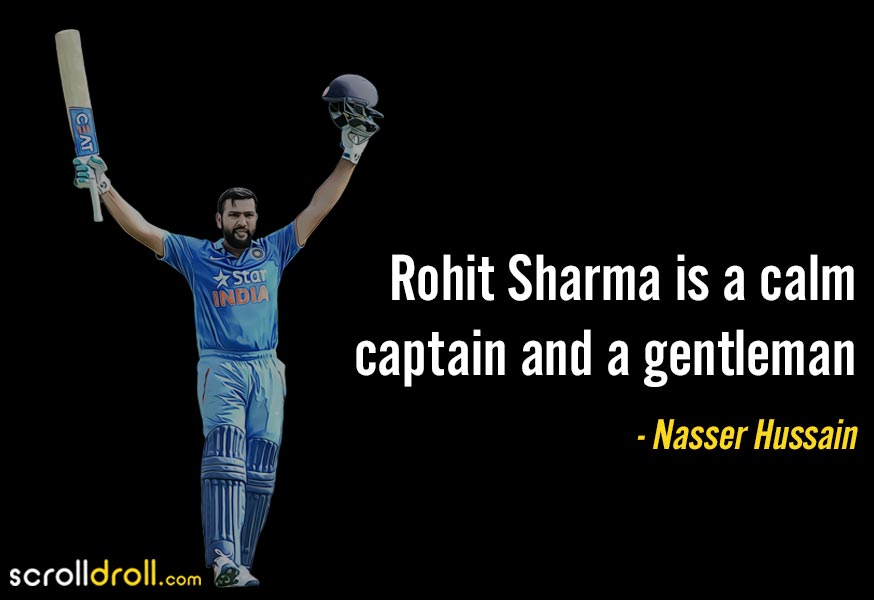 8. Rohit Sharma is a match winner & teams are scared of him. – Ramiz Raja 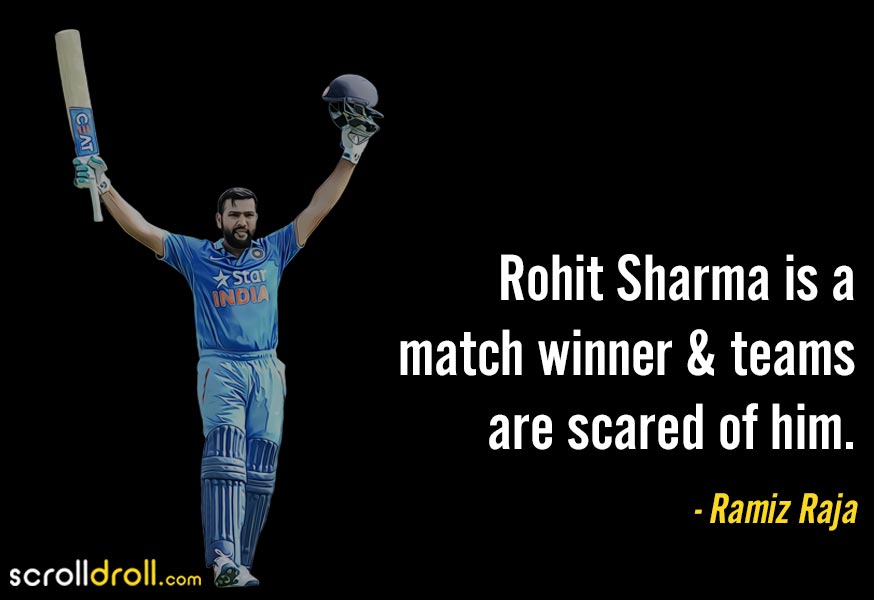 9. Sometime I feel Rohit is not a cricketer, but a poet. He bats as smooth as butter, like a poem. The bowlers don’t even realise that he is slamming, and he keeps on slamming. – Irfan Pathan 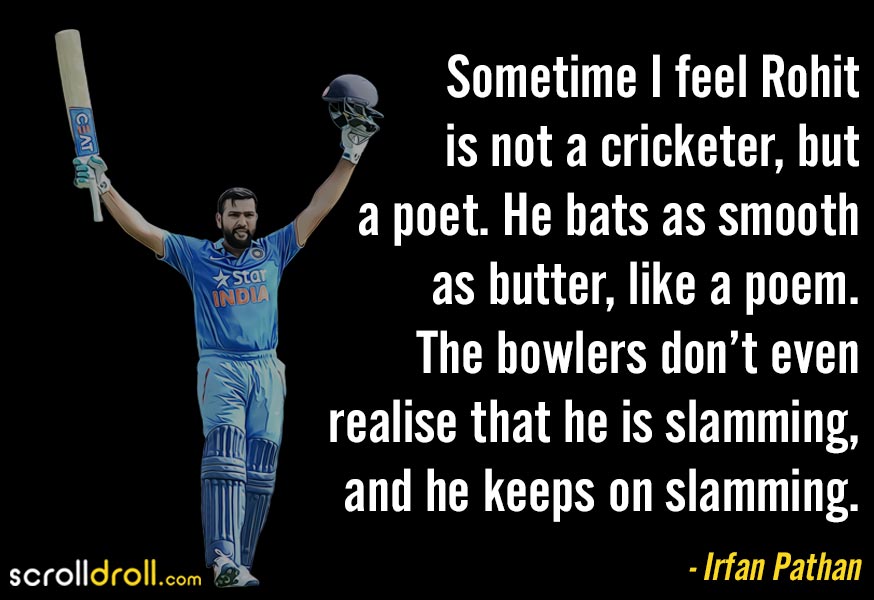 10. I just like the way he bats and the effortless nature in which he takes people down. – Jos Butler 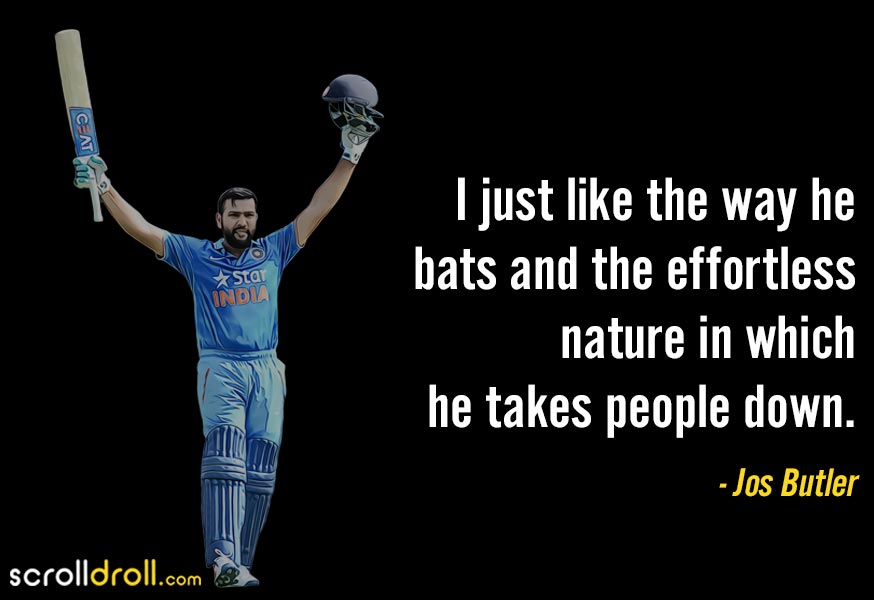 11. I would have loved to bat like Rohit Sharma in limited-overs cricket. – Sunil Gavaskar 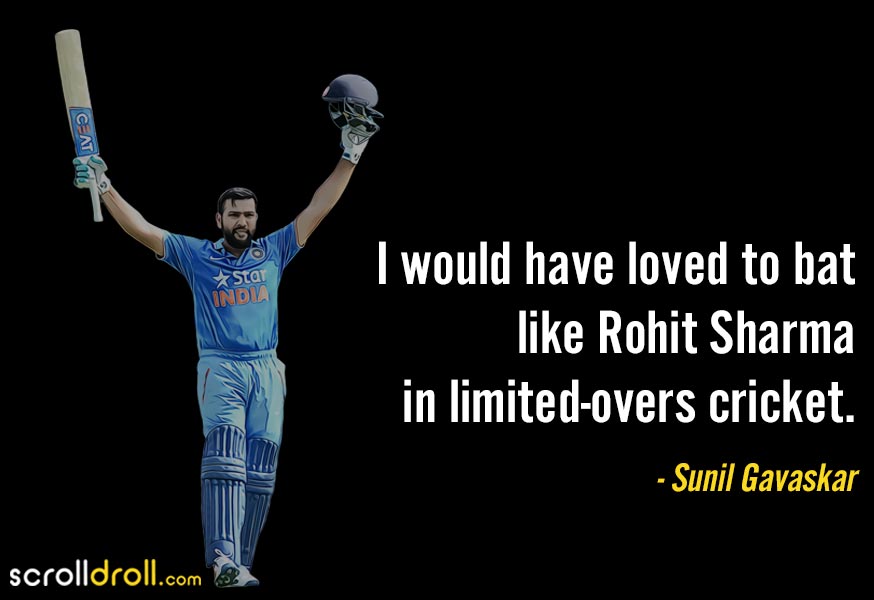 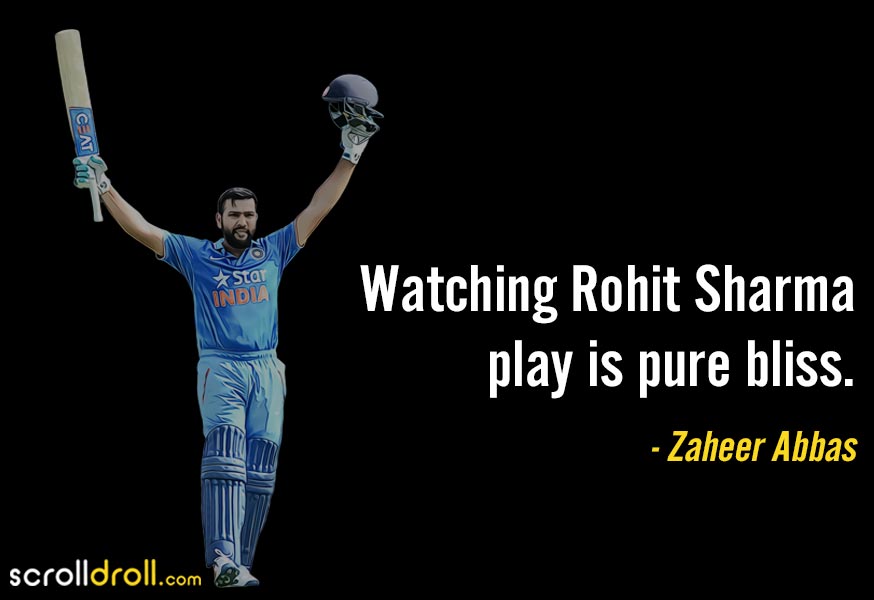 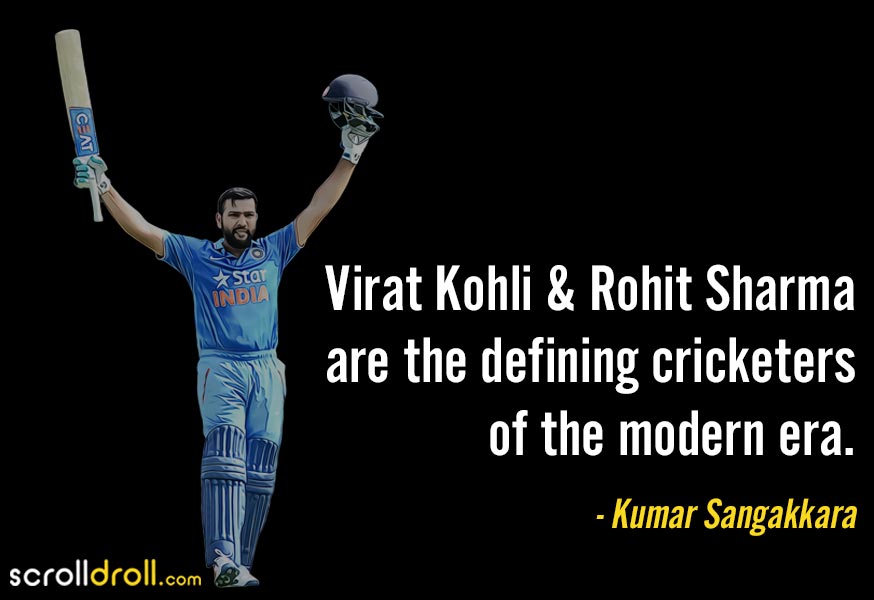 14. Virat Kohli & Rohit Sharma are two of the best batsmen in the world of the current era. – Ian Smith 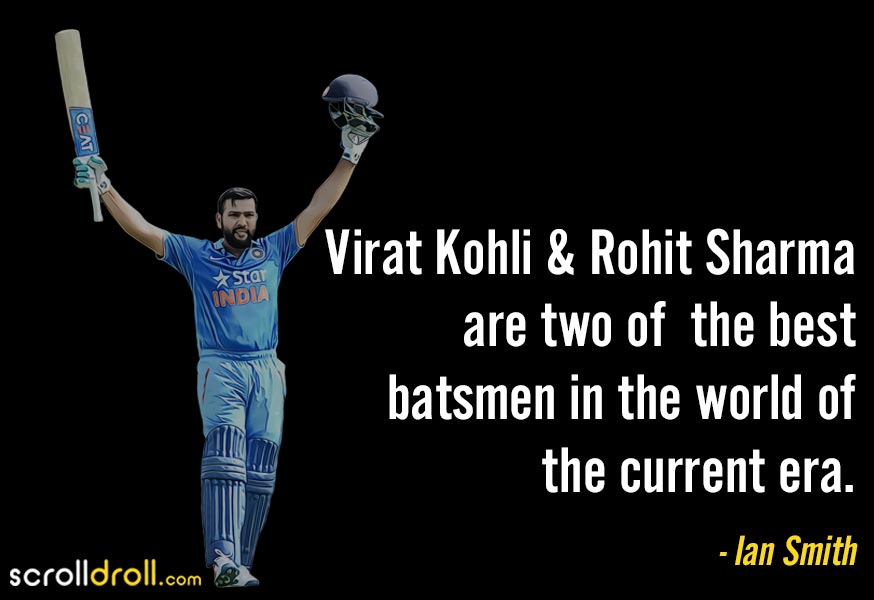 15. Rohit will be regarded as highly as Tendulkar, Dravid when he retires – Harbhajan Singh 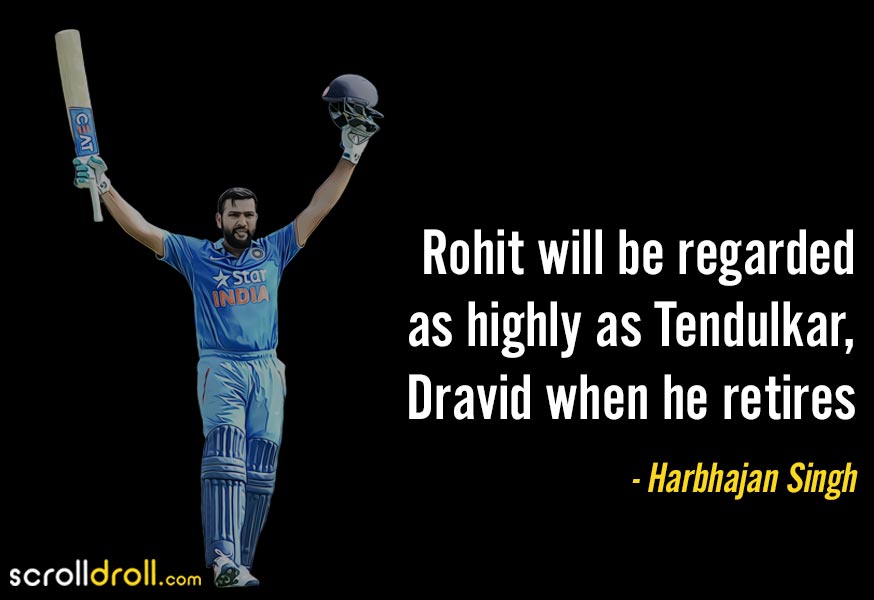 16. I don’t need to say that Rohit is a top batsman. We all know what he can do. – Sourav Ganguly 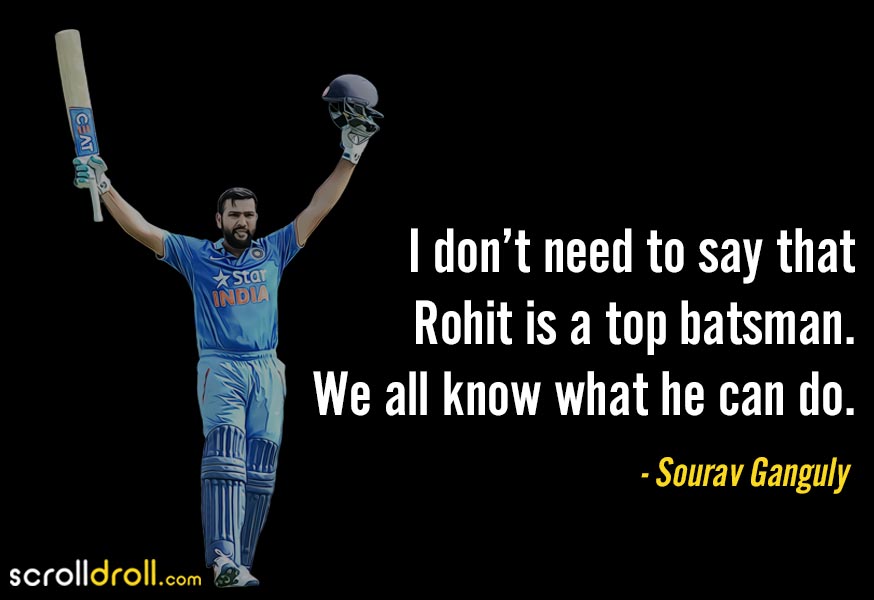 17. Rohit Sharma is the best example of a naturally-gifted player. – Michael Atherton 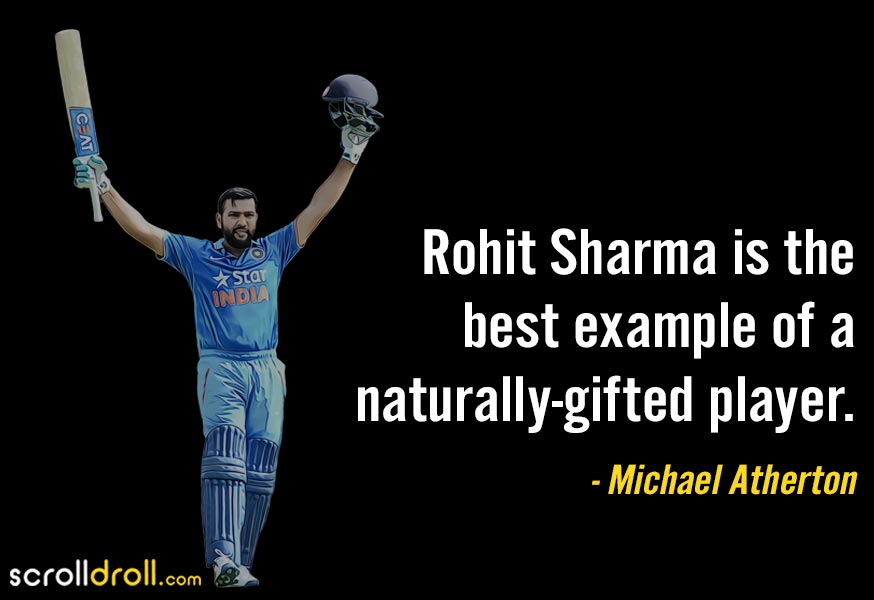 18. He is fantastic. Rohit is poetry in motion because of the kind of bat swing he has. A class apart when it comes to the smooth swing. Rohit’s swing is like a pendulum. – Sachin Tendulkar 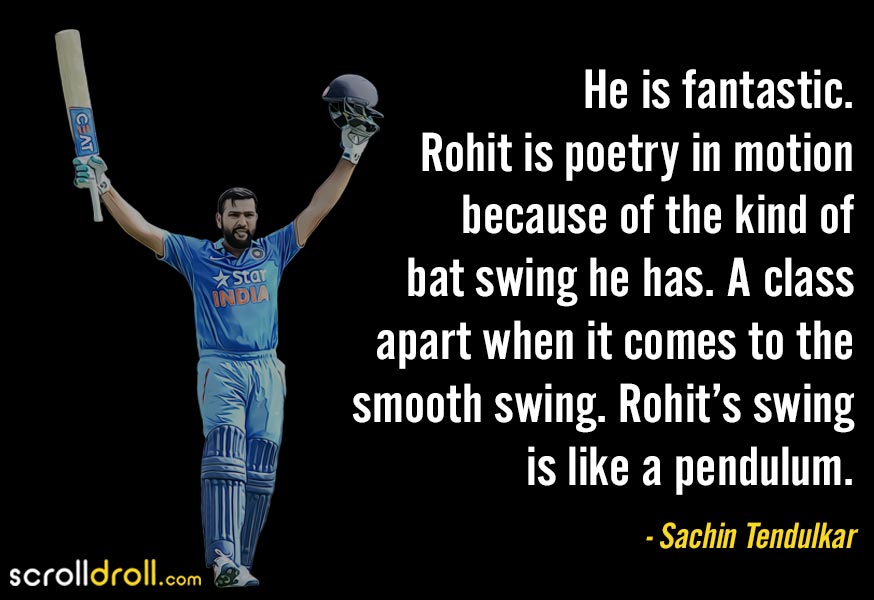 19. The likes of Virat Kohli and Rohit Sharma have blown the ODI paradigm to an all-new level. – Rahul Dravid 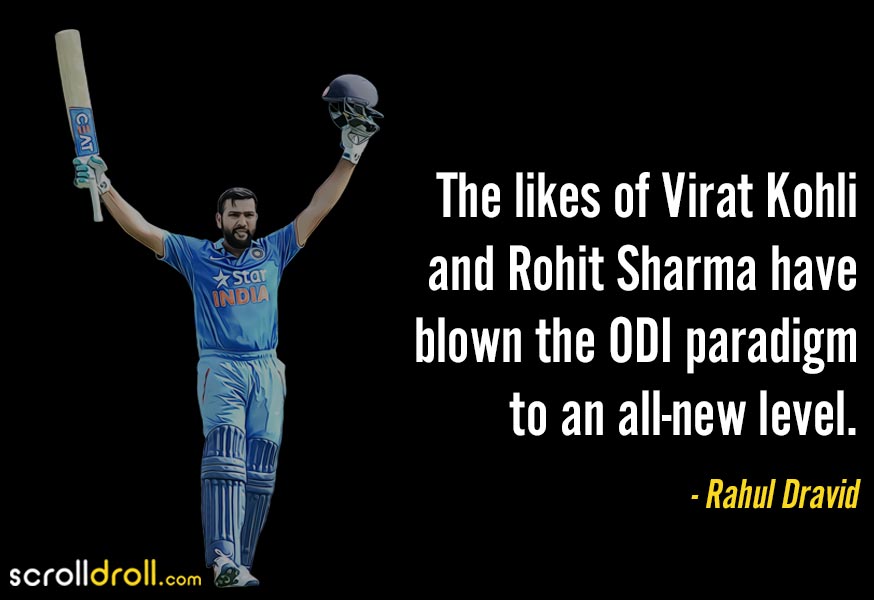 20. Rohit Sharma on his day or day an a half could definitely break my 400-run test record. – Brian Lara 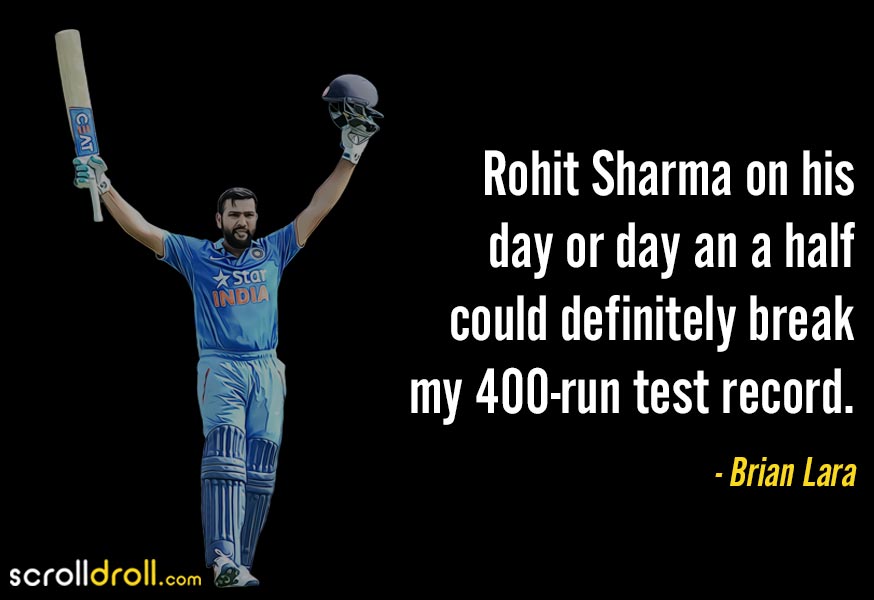 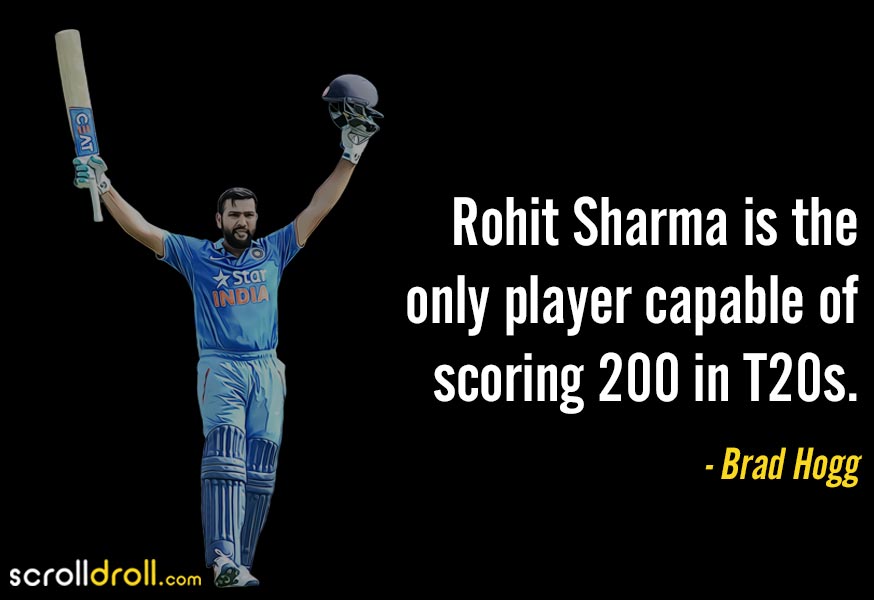 Rohit is actively involved in animal welfare campaigns. He is the official Rhino Ambassador for WWF-India. He has also worked in several PETA campaigns for the cause of stray cats and dogs in India.

Which of these quotes on Rohit Sharma do you think suits the Hitman the best?