As far as most of us are concerned, we can’t recall a time when Cricket wasn’t popular in India. We grew up loving and living it. But, have you ever wondered how Cricket went from being just a sport to a phenomenon in India? Well, it was the World Cup win of 1983 that revolutionized the game of bat and ball for us.

The story of this special World Cup history is now bring brought to the silver screen in the movie – 83 starring Ranveer Singh and directed by Kabir Khan.

India In The Previous World Cups

Prior to the third ever World Cup in 1983, India performed very badly in the previous two tournaments.

India played three games but won just one against a weak East Africa. It embarrassingly lost to England by 202 runs and New Zealand beat the home team, convincingly.

India had the worst run in this World Cup, it lost all 3 matches. Along with embarrassing defeats against West Indies and New Zealand, India lost to Sri Lankans; who did not have the test status till then.

Indian Team Before The 1983 World Cup

And then came more embarrassing defeats, against Pakistan and other countries. Hence, Sunil Gavaskar was asked to give up the captaincy. A 24-year-old Kapil Dev became the next captain, four months prior to 1983 World Cup. He had already established himself as a world-class all-rounder. Another notable player in the squad was the team’s previous captain – Sunil Gavaskar (who was more popular for Test Cricket than ODIs).

As World Cup approached, the bookmakers placed the odds of India winning the World Cup: 66 to 1. Indian team players themselves revealed that they were more in a holiday mood. Cricket pundits, analysts, media and everyone else did not even consider India as one of the contenders to win the Cup. The only morale boost for them was Kapil Dev, who helped defeat the then World Champions West Indies by 27 runs in Berbice, Guyana. Kapil Dev struck a 38-ball 72 in this victory.

Held from 9th to 25th June in England and Wales, the third ever World Cup had eight teams. During the preliminary matches, teams were divided into two groups of four each and faced their opponents twice within the group. The top two teams of both the groups then moved to semifinals.

– Match One: India Vs West Indies 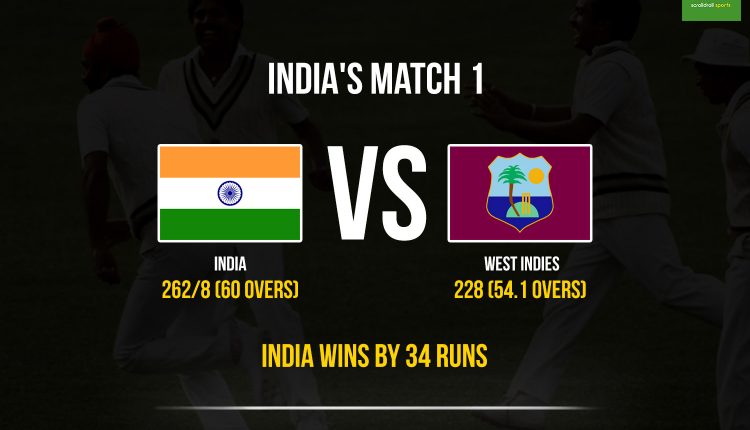 India brought down the erstwhile champions West Indies in their first match of the tournament, riding on Yashpal Sharma’s 89 & 3 wickets each by Roger Binny & Ravi Shastri 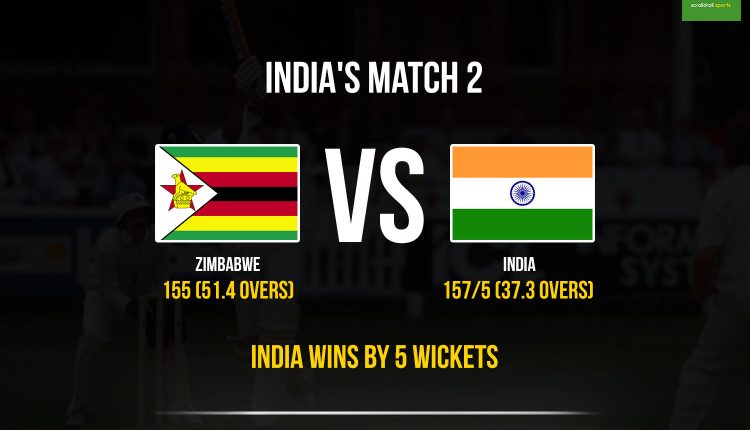 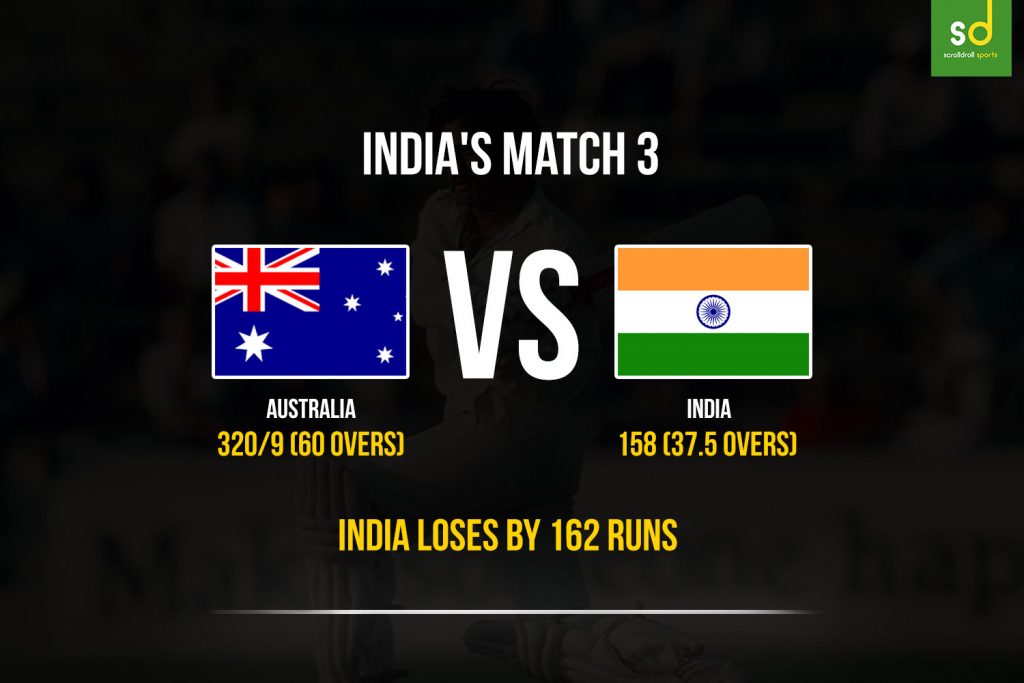 Just when it seemed that India had a chance, Australia gave India a target of 320 runs to which India fell for 158. An abysmal defeat by 162 runs. 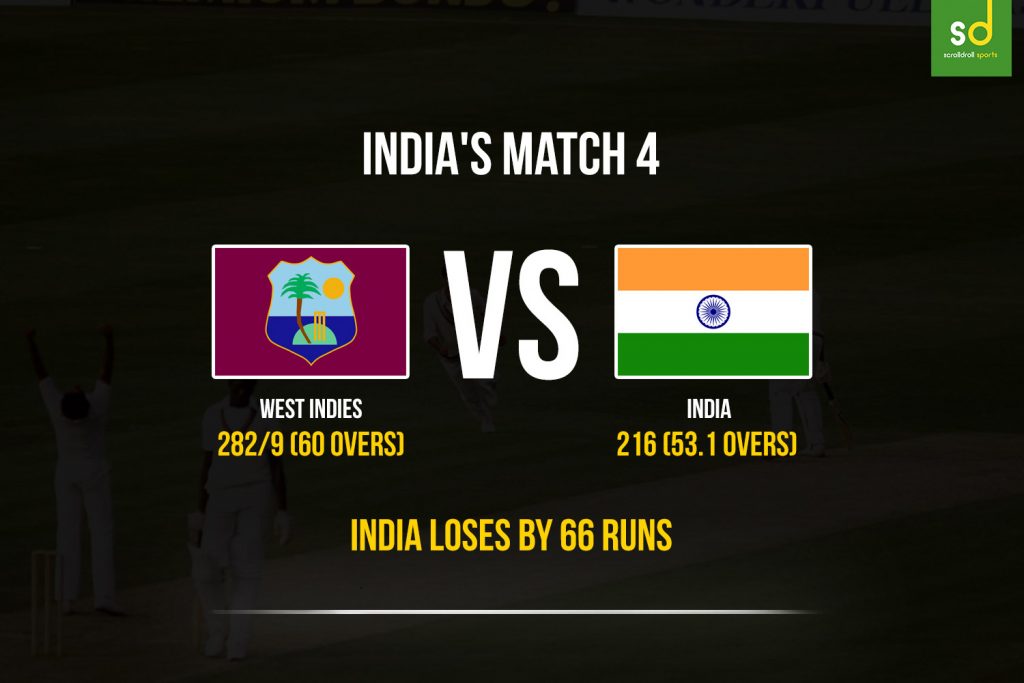 The reigning World Champions took their revenge. Vivian Richards hit a century as West Indies posed 282 for victory. India, in turn, was all out for 216 with the only fight back coming from Mohinder Amarnath–who scored an 80. 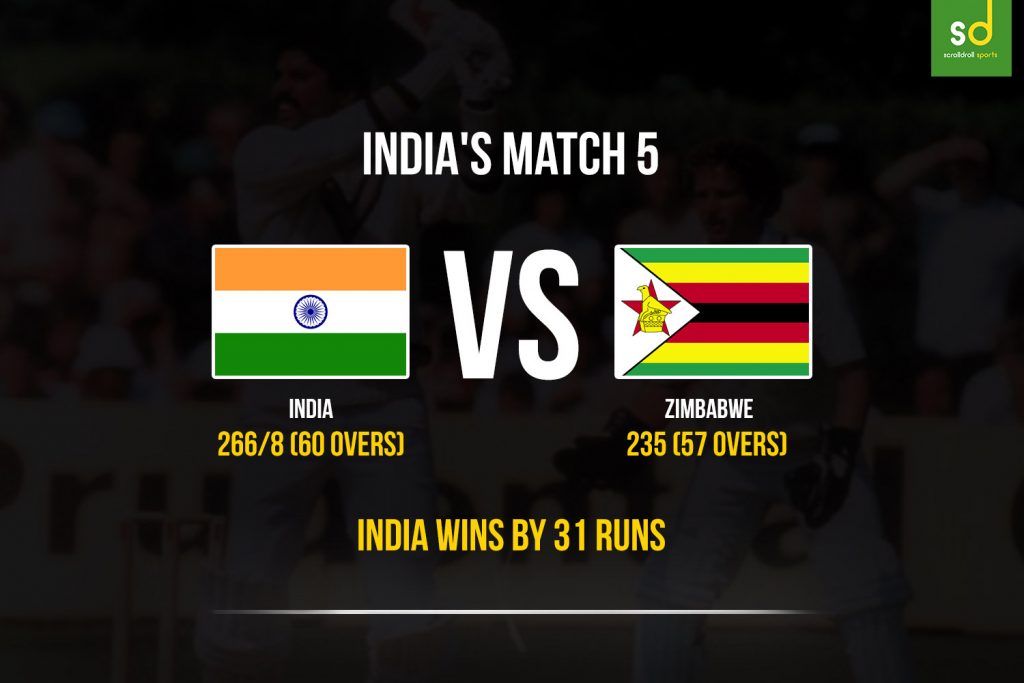 It was a must-win game for India to keep their hopes alive and advance to knockouts. India was struggling at 17/5 when Kapil Dev made 175* and brought victory home.

You can read more about this innings here:
Kapil Dev’s 175* After India Was Down To 17/5 – The Innings That Inspired Indian Cricket 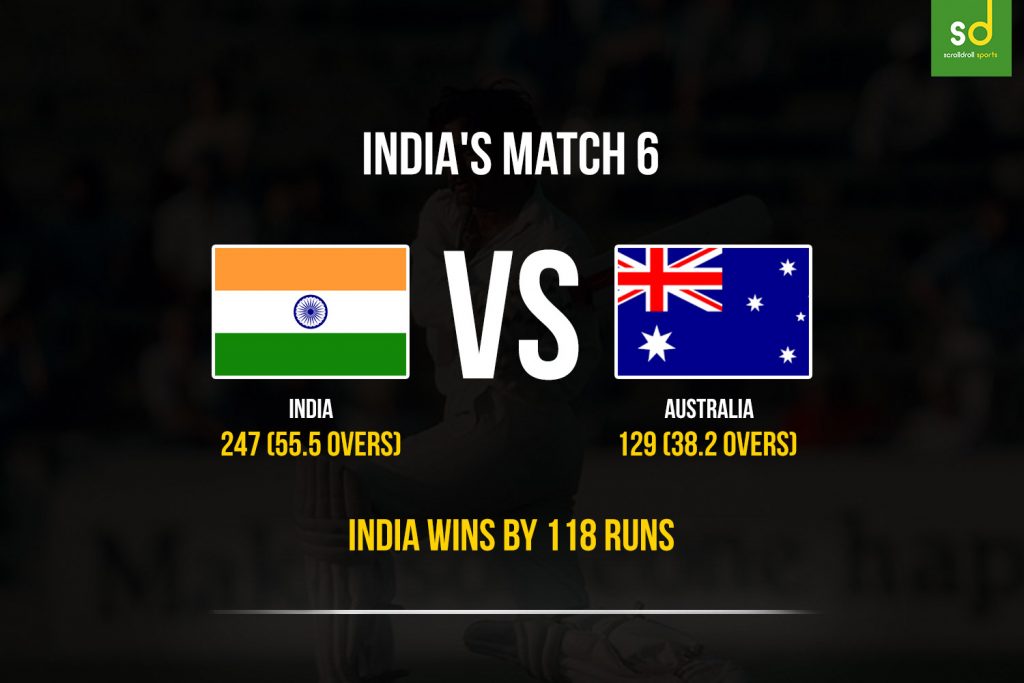 This game too was a must win as winners were to qualify for the knockouts. This time India was charged up from the last victory. A collective team effort resulted in India posting a modest 247 for victory. Madan Lal and Binny took 4 wickets each as Australia was bundled out for 129. 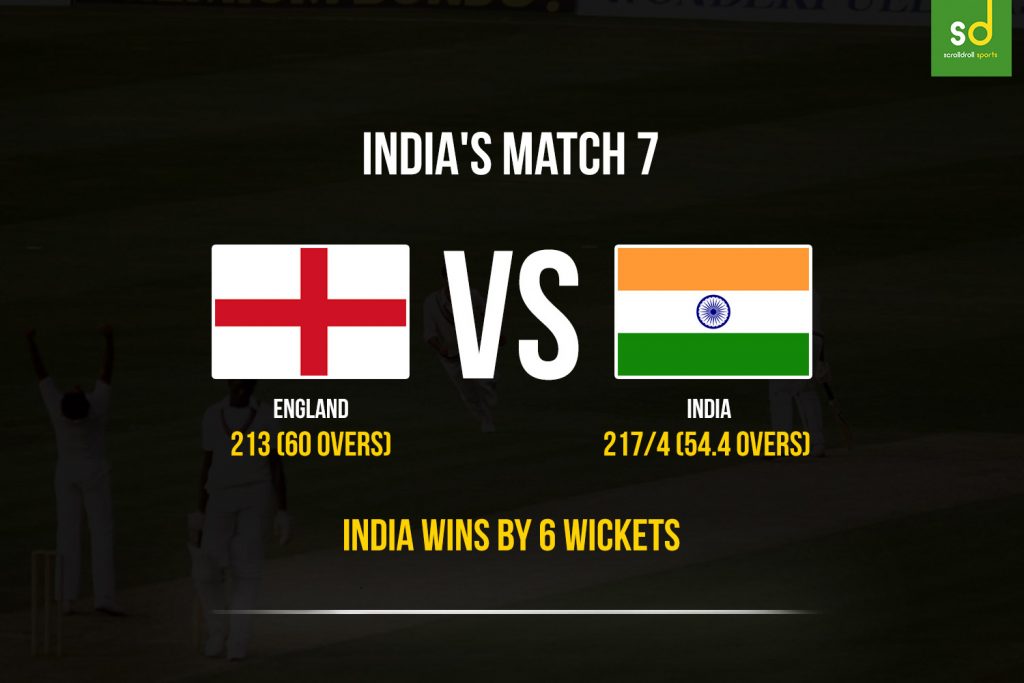 India had never defeated England in an ODI match before this. Kapil Dev claimed 3 wickets, Binny and Amarnath took 2 each– which restricted England to 217. Yashpal Sharma and Sandeep Patil scored half-centuries that ultimately gave India a victory by 6 wickets.

The Finals: India Vs West Indies

Held in Lord’s, London. India lost the toss and was asked to bat against the World’s best bowling attack, West Indies. The home team scored 183 in their first innings – a very low total. In the second inning, at 57-2, Vivian Richards was going strong at 33 off 28 balls; the target was within reach when Kapil Dev took a superb catch to dismiss Richards. 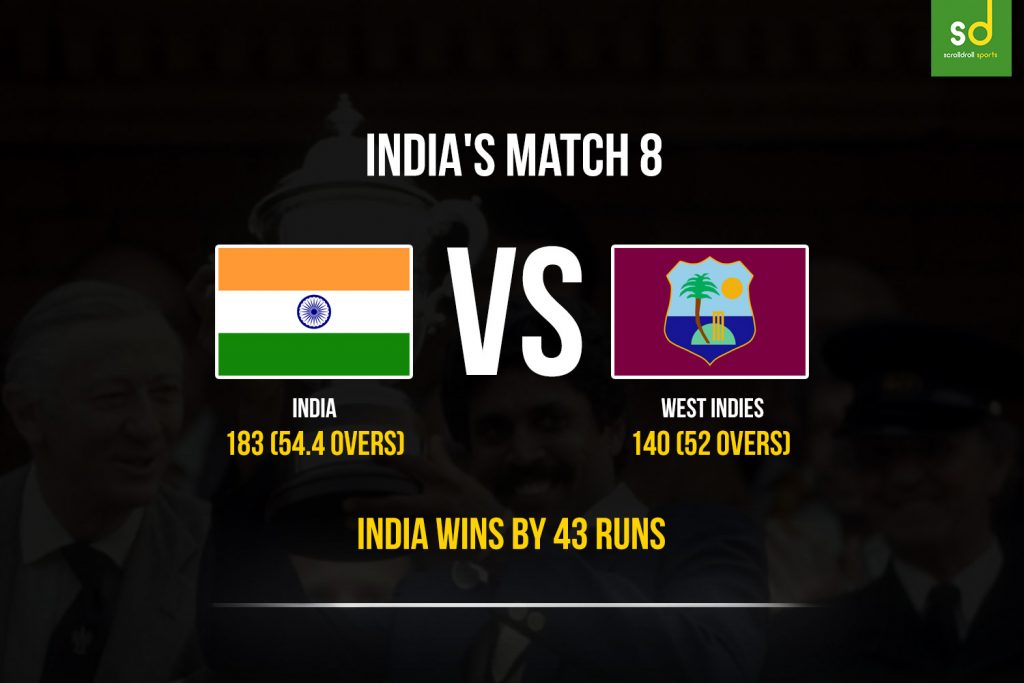 This was followed by a batting collapse – Madan Lal claimed 3 wickets, Amarnath bagged 3 and Sandhu took 2 as India won by 40 runs.

Skeptics called it beginner’s luck until India again lifted 1985 World Cup. After that, as we all know, there has been no looking back for India when it came to Cricket!

6 Best Gambling Apps You Need In Your Smartphone