Call him a go-getter or a dauntless player, Sandeep Singh unarguably made one of the strongest comebacks in the history of hockey. After suffering a tragic incident in 2006, he, not only returned to the sport within a short span of 2 years but also shined brighter than anyone else. His inspiring story also spawned a recent Bollywood biopic “Soorma” starring Daljit Dosanjh. So, let’s dive into the life of this brilliant drag flicker and find out what sets him apart from others.

1. The flicker Singh of Haryana 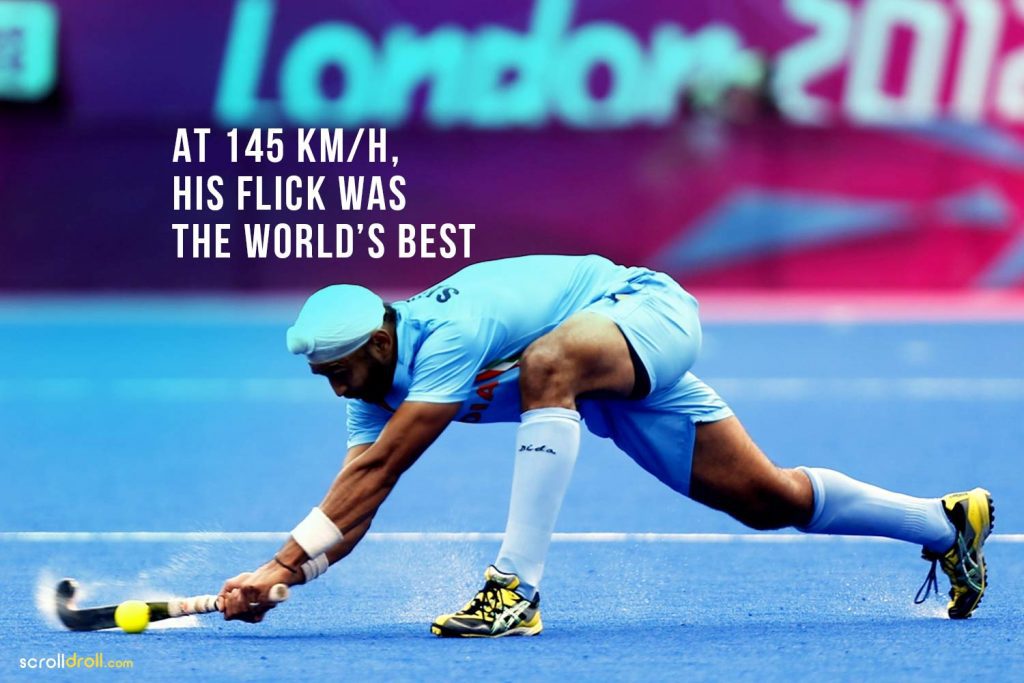 Hailing from a town of Kurukshetra, Singh studied in Mohali and shares his passion of hockey with elder brother—Bikramjeet Singh. Debuting internationally in 2004 for Sultan Azlan Shah Cup, Sandeep bagged many medals for the team and gave one brilliant performance after another. With a speed of 145 km/h, Singh’s flick was world’s best at one point and earned him the title of “Flicker Singh”. 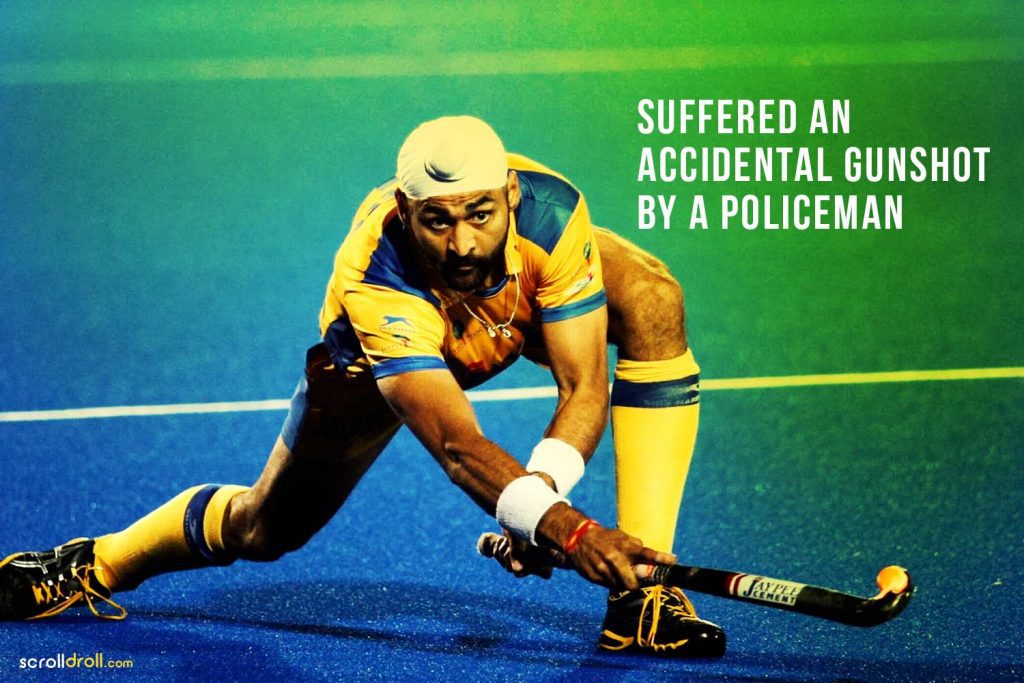 In 2006, Singh was on his way to the national camp via Kalka-Shatabdi express. He, along with his team, was leaving for World Cup in Germany after two days. What followed was a horrific accident that nobody saw coming. During his train journey to the camp, Singh (only 20 years old) was accidentally shot in the lower back by a policeman. Soon, he was sent abroad for treatment by Hockey Federation. There, the doctors’ anticipated his career was over. The guilty Assistant sub-inspector, Mohar Singh, was arrested under sections 285, 336 and 337 of the IPC (which deal with accidental firing by a policeman on duty). This incident left Sandeep almost paralyzed on a wheelchair, for two years. The injury was ever more devastating because his back got shot and hockey players have to bow down while playing the game. Initially, he could see his career fading away but later, he soared right through this mishappening. 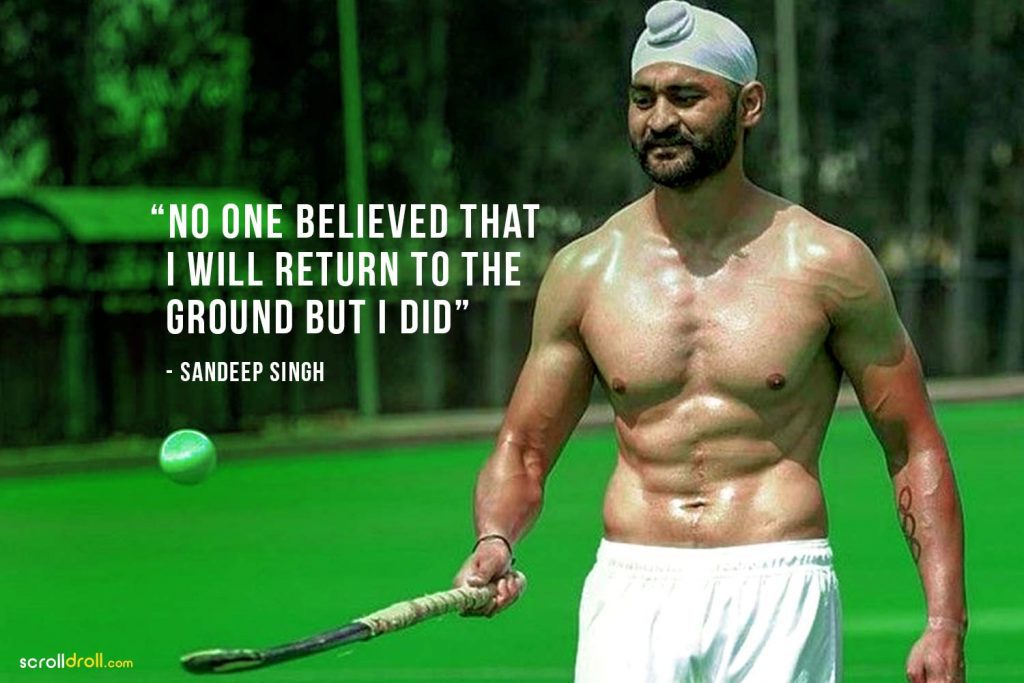 It took only two years for Sandeep to heal from this dreadful accident and make a strong comeback to hockey.
Talking about his near-death experience, he said “When I had an accident in 2006, no one believed that I will return to the ground but I did. This time also I was out of the team for long but I was confident of making a comeback.”
After playing brilliantly post-injury, the federation made him the captain of the team in 2009. Under his shrewd leadership, the team lifted the Sultan Azlan Shah Cup for the first time in 13 years. Later, his skills shone even brighter; in 2012 Olympic qualifiers, Singh became the highest scorer by striking 16 goals. 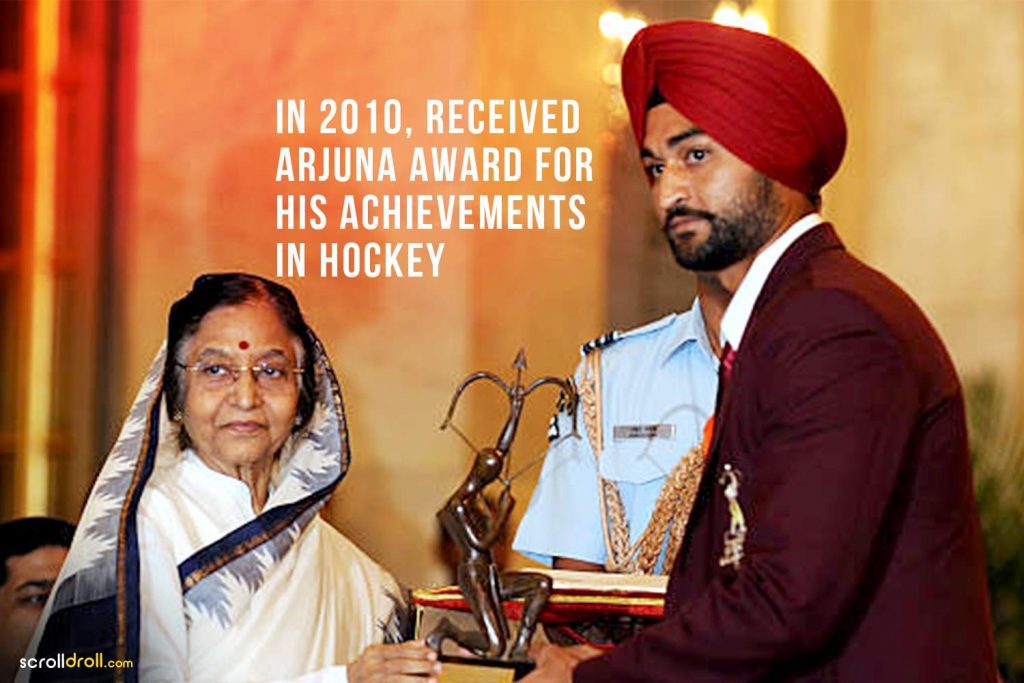 What followed was more success for this wonderful athlete. At the inaugural Hockey India League, Singh became the highest-paid marquee player. In 2014, he was signed by Punjab Warriors and later that year, he relocated to UK to play for Havant Hockey Club. And the next year, he was signed by Ranchi Rays.
Singh’s masterful technique in hockey and strong spirit earned him an Arjuna Award in 2010.

It’s hard to imagine what this audacious sportsman went through, the pain he must have felt and how his career almost ended in front of him. But what’s certain is that he braved whatever came his way! From suffering a serious gunshot to scoring 16 goals in qualifiers, Sandeep Singh is definitely one of India’s most treasured athletes and one worth being proud of.