The original ‘Little Master’ Sunil Gavaskar is a name to be reckoned within Indian Cricket. The first cricket player to score over 10,000 runs in the history of Cricket and former Indian Captain has been lauded for his ability to face the fiercest pace battery of West Indians and Australians in the 1970s and 80s. However, one particular instance remains a blot on Gavaskar’s otherwise glorious career – 36* off 174 balls against West Indies chasing 334 in the first match of the first World Cup in 1975. 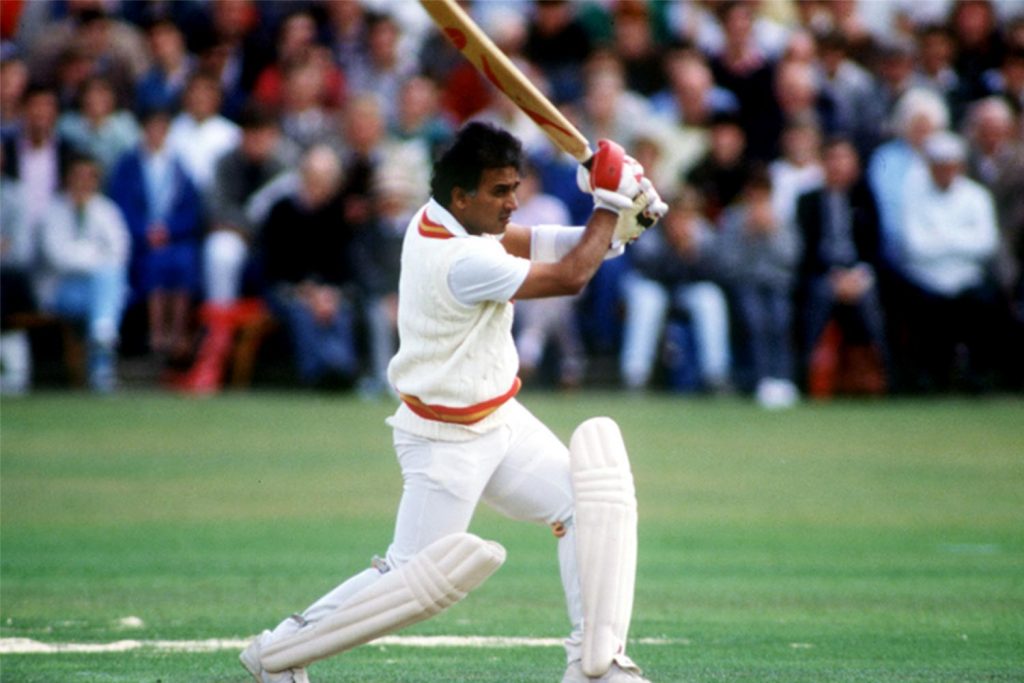 The first international ODI match was played in January 1971 and four years later, the first ODI World Cup was held in England. The concept of ODI Cricket was still very new to the cricketing world and only a total of 18 International ODI matches were played before the World Cup. ODIs used to be a 60-over affair then.

England, Australia, West Indies, Pakistan, New Zealand, Sri Lanka, East Africa and India were the teams participating in the 1975 World Cup. The Indian squad was captained by S Venkataraghavan and comprised of notable players like Sunil Gavaskar, Mohinder Amarnath, Madan Lal, Anshuman Gaekwad and GR Vishwanath. India was placed in the Group A of the World Cup with England, East Africa and New Zealand.

The first match of the first ever World Cup was all set to be played between a formidable England side and a relatively weaker Indian side at the Mecca of Cricket – Lord’s. It was history in the making and India was a part of it.

The first half of the match went perfectly as planned for England who notched up 334/8 in their quota of 60 overs – the first 300+ score in ODIs.
Dennis Amiss scored a calm 137 supported by a solid 68 from Keith Fletcher and a quickfire 30-ball 50 from Chris Old.

Sunil Gavaskar came out to open the innings for India and played a snail-pace. At first, it looked like the Little Master was adopting this strategy to see off the new ball. However, the frustration of his other teammates in the Pavillion and the audience increased as his batting progressed. Some of the angry Indian spectators were reported to have even invaded the pitch.

Gavaskar and the team made no effort to try and reach the total. Gavaskar was dropped thrice in this inning adding to the misery of the spectators. Gavaskar also claimed that he had been caught behind off the second ball of the innings after a faint nick but nobody appealed and admitted he wished he had walked.

Gavaskar remained unbeaten at 36 off 174 balls at the end of the match with a single boundary. India finished the innings with 132-3 in 60 overs at a run rate of 2.2. GR Vishwanath top-scored for India in the match with 37 runs off 59 balls.

This inning is considered to be the laziest ODI innings of all time and one of the bizarre batting displays in ODI history. It received angry reactions from all quarters of the cricketing fraternity.

“Dejected Indians were pathetically pleading with him to die fighting. Their flags hung limp in their hands. It was a perverse moment of self-inflicted shame.”

“It was the most disgraceful and selfish performance I have ever seen… his excuse [to me] was, the wicket was too slow to play shots but that was a stupid thing to say after England had scored 334.The entire party is upset about it. Our national pride is too important to be thrown away like this. ”
Years later, Sunil Gavaskar broke his silence about his innings saying:

“It is something that even now I really can’t explain. If you looked back at it, you’d actually see in the first few overs some shots which I’d never want to see again – cross-batted slogs. I wasn’t overjoyed at the prospect of playing non-cricketing shots and I just got into a mental rut after that. There were occasions I felt like moving away from the stumps so I would be bowled. This was the only way to get away from the mental agony from which I was suffering. I couldn’t force the pace and I couldn’t get out.”

Anshuman Gaekwad, who made 22 off 46 balls in the same match, said:

“We were all very surprised by the way he was batting. It was difficult to say what he was up to. When I was with him in the middle, we didn’t discuss the team’s strategy or his or mine. I was too junior to say anything to him.”