Arunima Sinha: The First Female Amputee on Top of Everest

Arunima Sinha is an Indian mountaineer who became the first female amputee to scale Mt. Everest. She was born in an average middle-class family and led a rather normal life, until a life-defining accident that changed her life for the worse and then the better.

Born and raised in Ambedkar Nagar near Lucknow, with a father who served the army, Anuradha Sinha always wanted to join the paramilitary. After the death of her father, it was her mother who brought her up and looked after the family. Arunima received a callback for an interview with CISF, the Central Industrial Security Force, and it was the train journey to Delhi for her interview that changed everything. 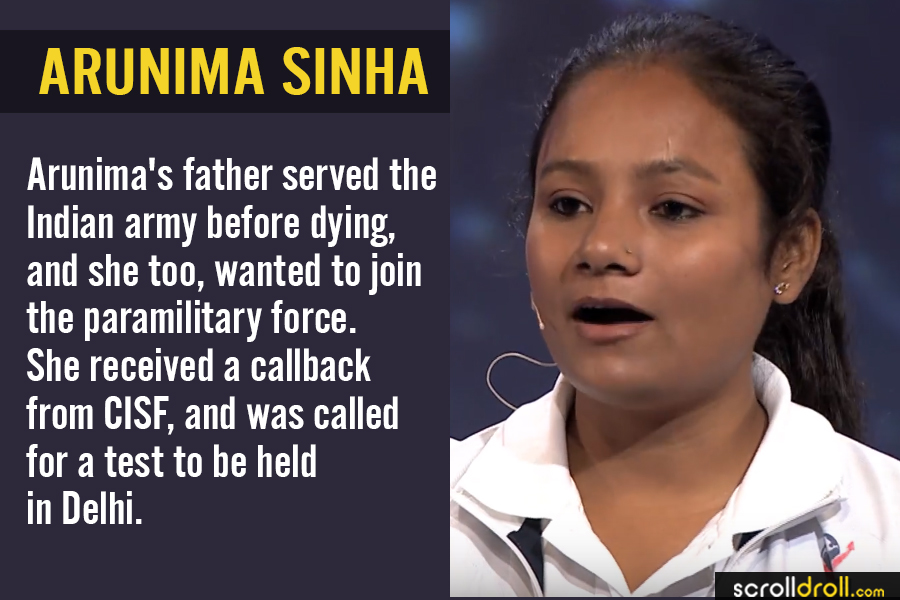 On April 12, 2011, Arunima Sinha was aboard the Padmavati Express Train from Lucknow to Delhi to appear for a test for CISF. It was during this journey that she was approached by a group of robbers and thugs, who demanded that she give them all her money and jewellery. In the altercation that followed, Arunima was thrown off the running train, and sustained grievous injuries to her spine. 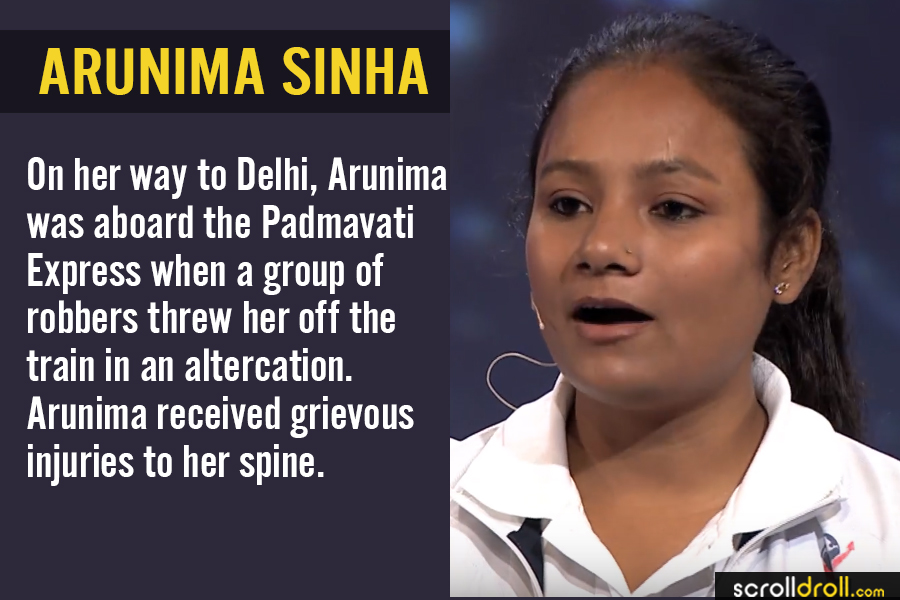 But that was not the end of her tragedy – another train passing by on the parallel track ran over Arunima’s leg before she could be rescued. Her leg was crushed, and doctors had to amputate it to save her life. 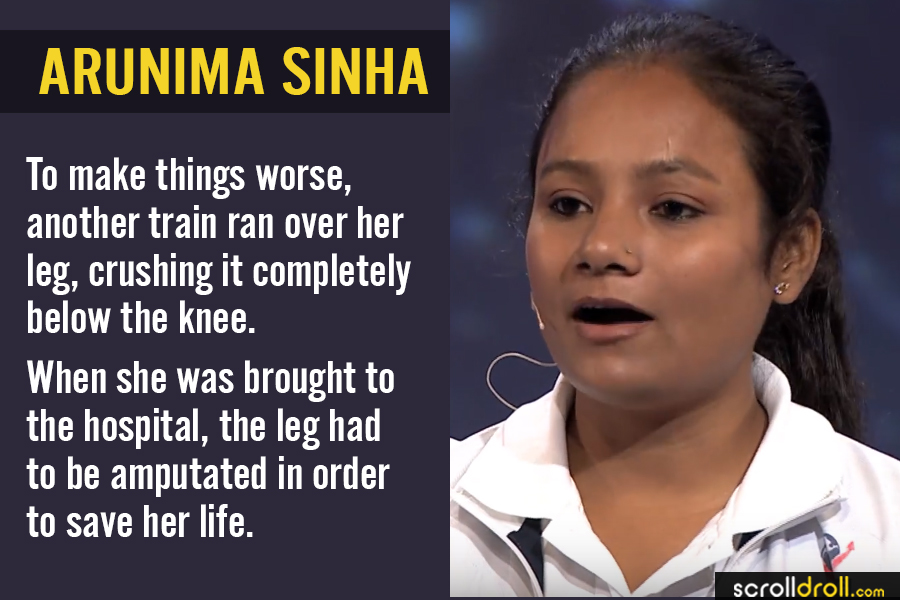 The government announced a compensation of a mere 25,000 rupees for Arunima Sinha, but this decision was met with national outrage. The compensation was then increased to 2,00,000 rupees, and she was also recommended for a job in the CISF. More support showed up, and she was treated at AIIMS Delhi, and was offered a prosthetic leg free of cost by a Delhi-based company. 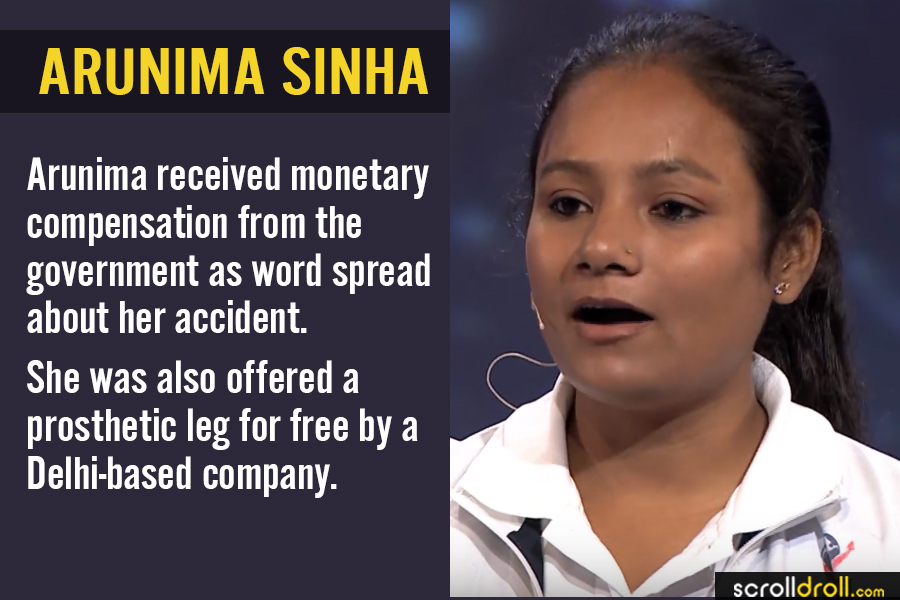 During her treatment, Arunima was greatly inspired by Indian cricketer Yuvraj Singh, who had successfully beaten cancer around the same time. It was during this time when Arunima was recuperating that she decided she wanted to scale Mt. Everest. She even contacted Bachendri Pal, the first Indian woman to climb Mt. Everest, who encouraged her greatly. Pal said, “My child, you decided to climb Mount Everest in these situations with Prosthetic (Artificial) leg. You have climbed Mount Everest, my child. Now just the date remains for the world to know”. Under the guidance of the veteran mountaineer, Arunima successfully scaled Mt. Everest on May 21, 2013, and was the first female amputee to reach the summit. Poster: While she was recuperating, Arunima started thinking about scaling the Everest, and contacted Bachendri Pal. Under her guidance, Sinha became the first female amputee in the world to summit Mt. Everest.

In the same year, she was awarded an honorary doctorate by the University of Strathclyde for her extraordinary achievement. In 2014, Arunima Sinha published her book, Born Again on the Mountain, detailing her tumultuous journey to the top of Everest. The government of India awarded Arunima with the Padma Shri – the fourth highest civilian award in the country. 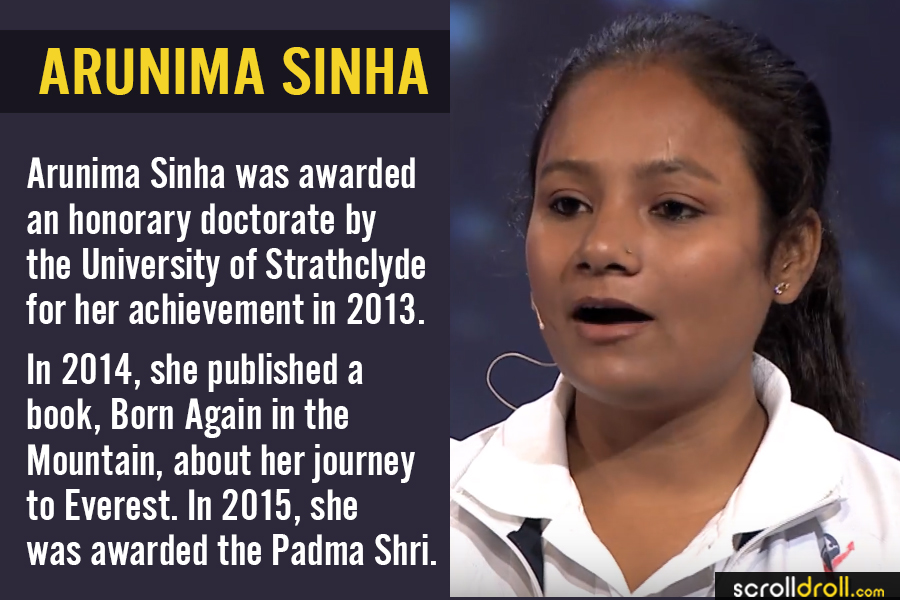 It is people like Arunima Sinha who through their grit and determination inspire scores and scores of others. With people like her, we’d have no reason to challenge ourselves. Here’s to the spirit that did not break, even when flesh and bones did!

What Is The Best Way To Make A Pdf To Word Doc, And Why Should You Do So?