It takes relentless hard work, years of undivided attention, and a lot of perseverance chasing the dream to one day appear in your country’s colors. What separates the legends from thousands of extremely talented youngsters sweating it out every single day on the field, is their attitude towards the game. Here are a few best cricket quotes that depict the fiery passion of this game.

These powerful cricket quotes from the legends of cricket define the undying determination and attitude that have made these legends who they are.

1. “You don’t win or lose the games because of the 11 you select. You win or lose with that those 11 do on the field.”  – Rahul Dravid
Minnows beating the Giants and pulling surprises out of nowhere. All are possible! 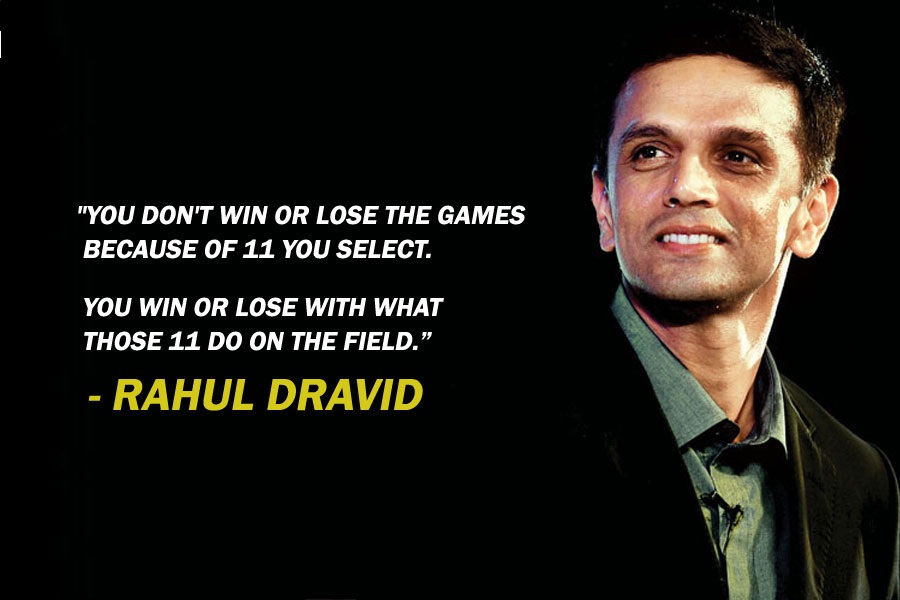 2. “Compromise for your Dream but never Compromise on your Dream.” – Imran Khan
A powerful Cricket Quote from one of the best players to have ever played the game. 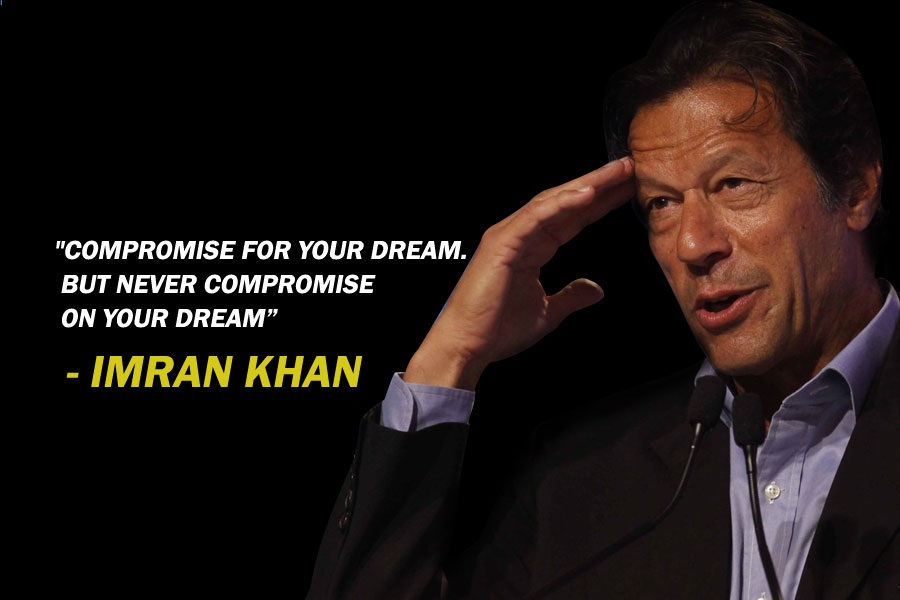 3. “You don’t play for the crowd, you play for the country.” – Mahendra Singh Dhoni
One of the wisest Cricket Quotes by Captain Cool. 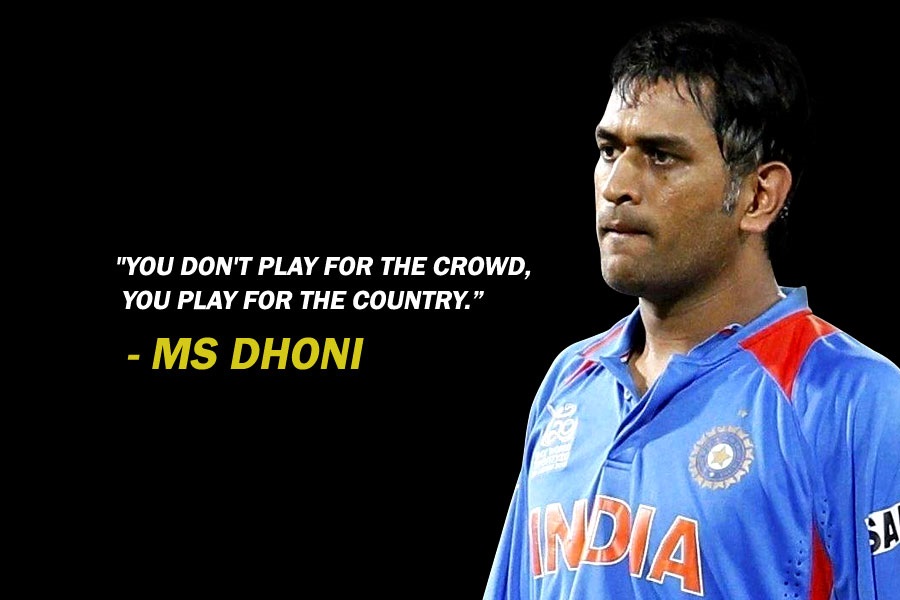 4. “Enjoy the game & Chase your dreams. Dreams do come true.” – Sachin Tendulkar
The God of Cricket’s take on Dreams. 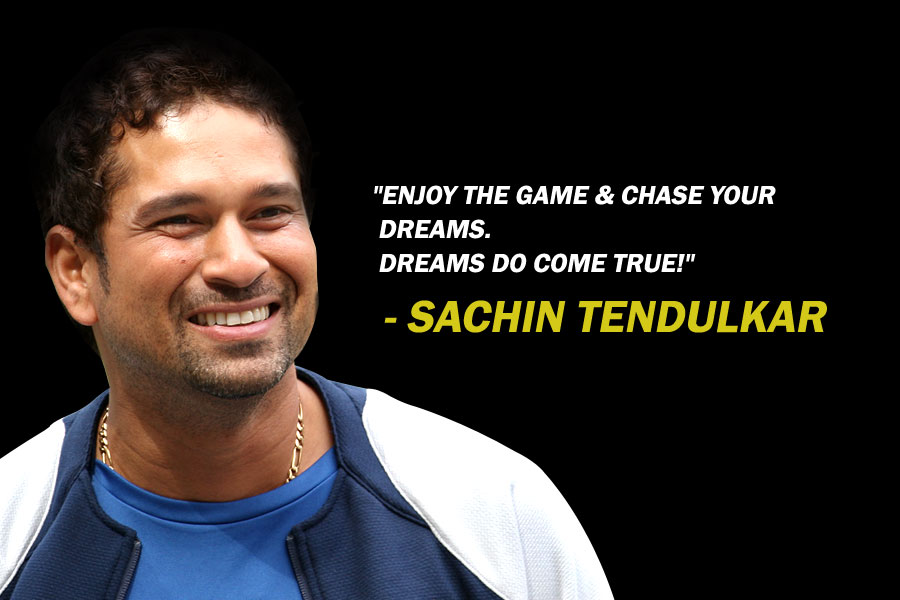 5. “A wise man learns by the mistakes of others, A fool by own.” – Adam Gilchrist
From the man who redefined Wicket Keeping. 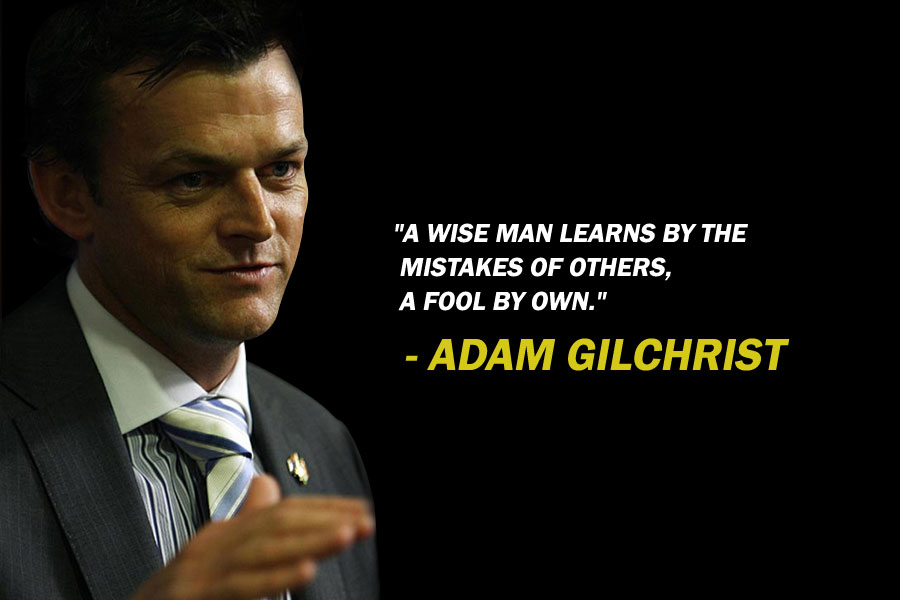 6. “First of all, convince yourself that you are the best because the rest of your life is going to go proving this to others.”- Wasim Akram
That’s how you succeed! 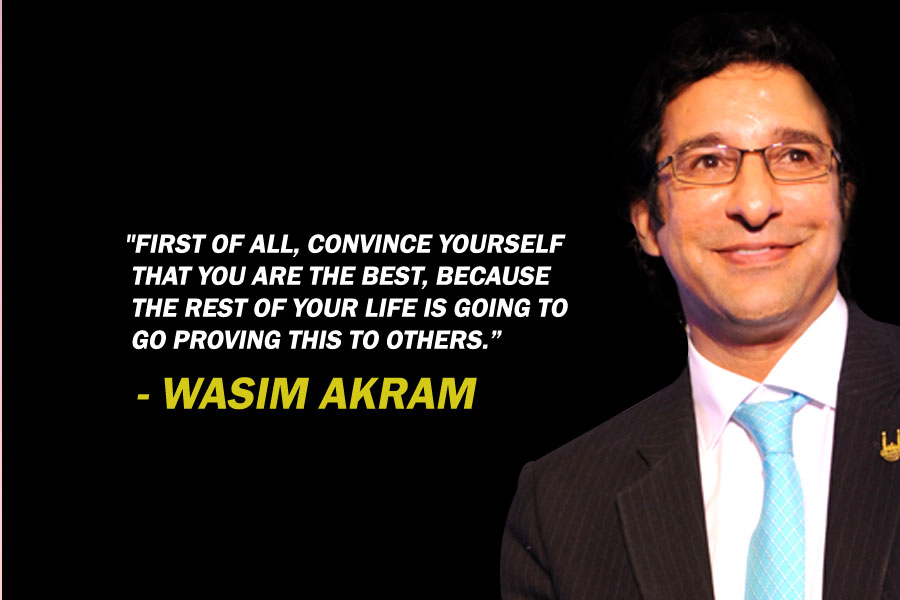 7. “Never give up; just absolutely never give up.” – Shane Warne
Wisdom from the Spin Wizard 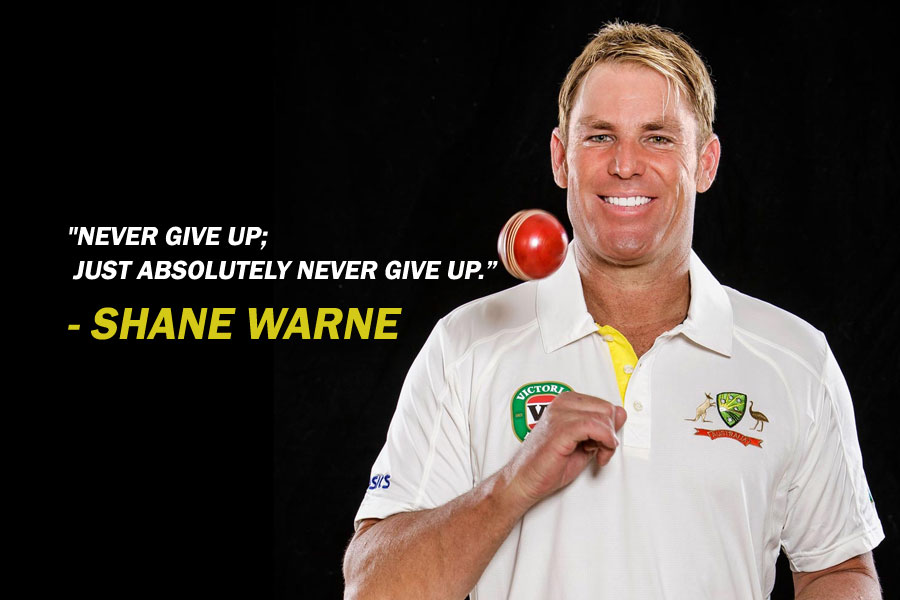 8. “Every morning I woke up, I believed that I could score runs for India.” – Sourav Ganguly
This Cricket Quote depicts the self-belief needed to succeed. 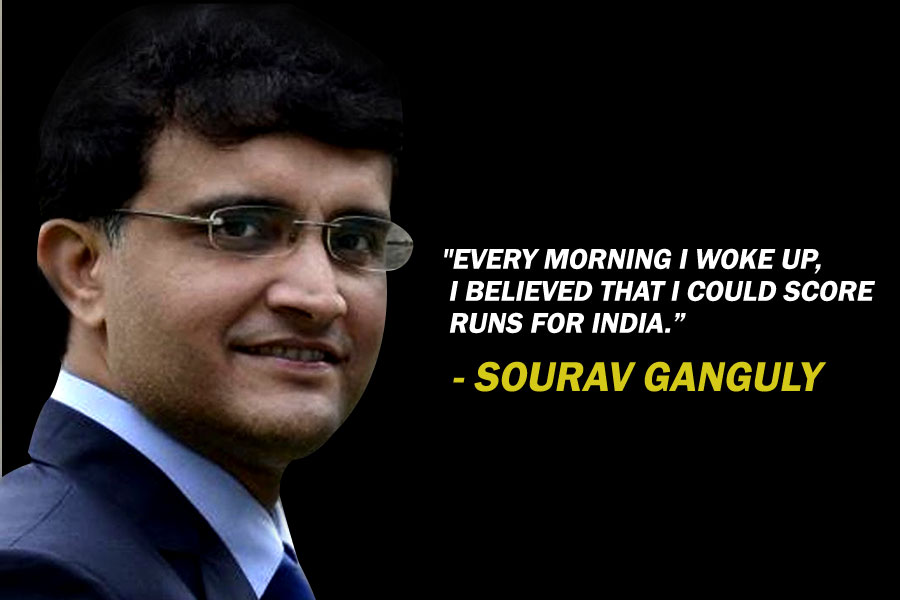 9. “People throw stones at you and you convert them into milestones.” – Sachin Tendulkar
And Tendulkar excelled at it! 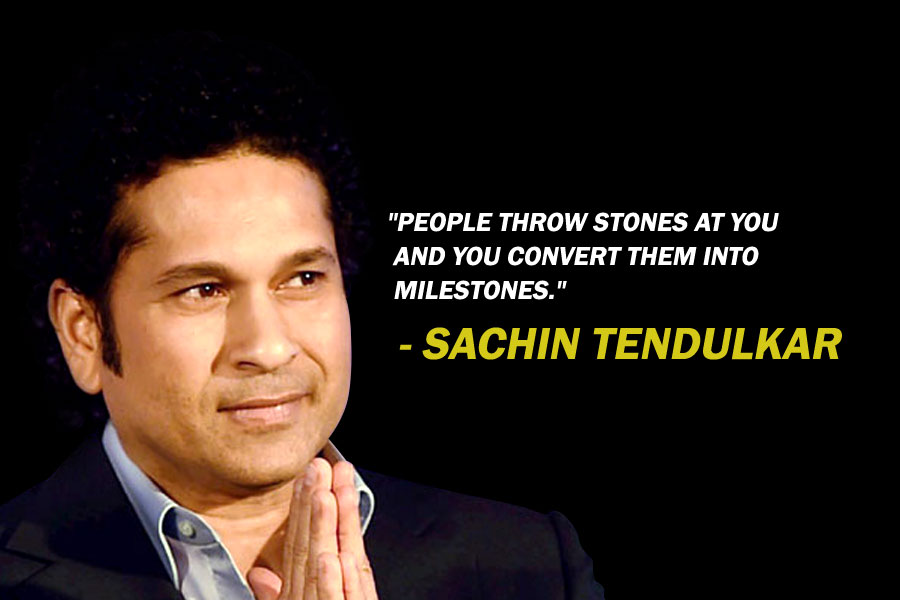 10. “My first bat was shaped of a coconut branch and from that day, all I wanted to do was to be a crickter.” – Brian Lara
Where you start doesn’t matter! 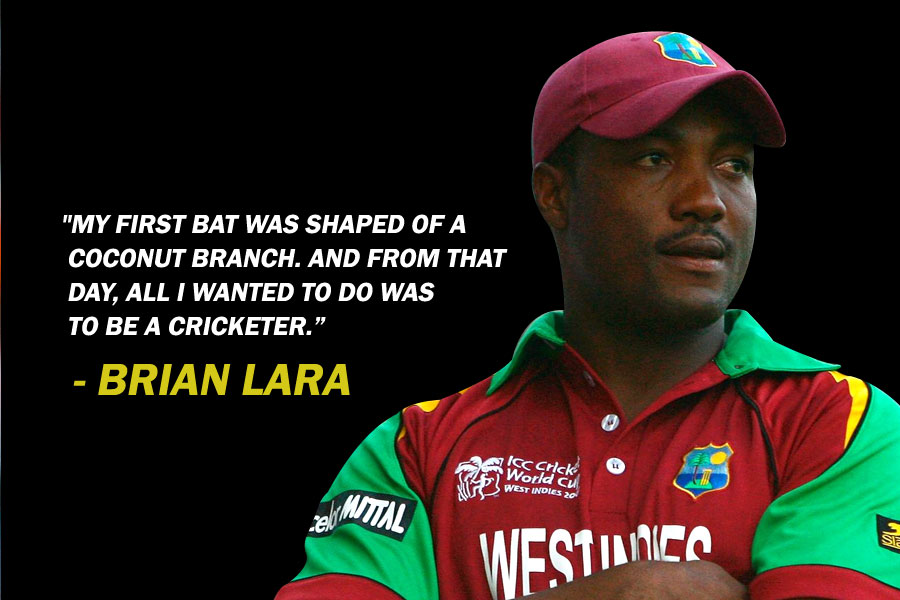 11. “Every batsman surveys the field before taking strike, and usually the fielders get imprinted on his mind. They can almost see every fielder in their mind’s eye. But in my head, I don’t see the fielders. I only see the gaps!” – Ricky Ponting
Finding opportunities. That’s the mark of a great Captain. 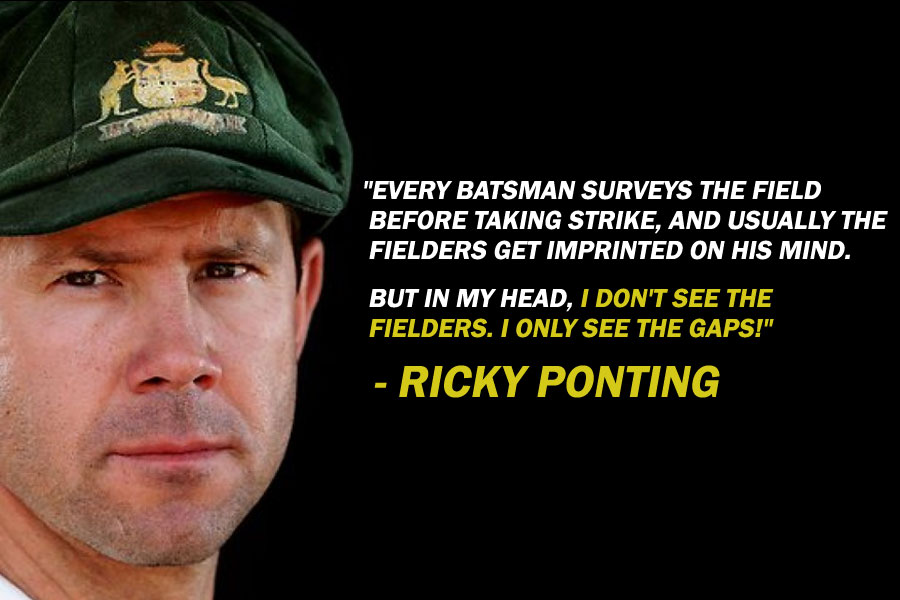 12. “If you want to do something, achieve something, you can’t be thinking all the time of what you don’t have.” – Kapil Dev
From India’s First World Cup Winning Captain. 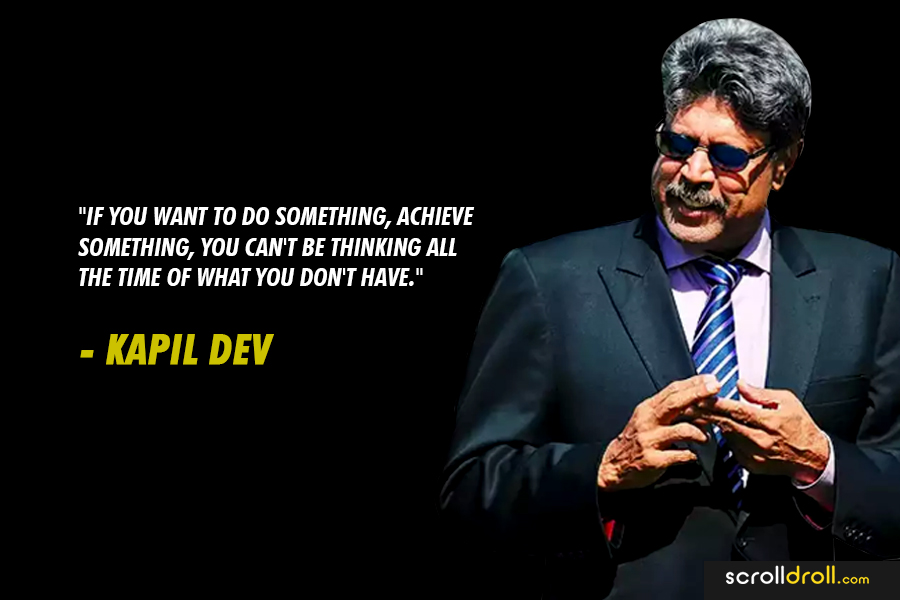 13. “Some folks will say ‘Oh, Winning ain’t all!” But I know it is all. At the end of the day no one looks at the loser. So that is why we play to win.” – Vivian Richards
The Legend with his words about the victory 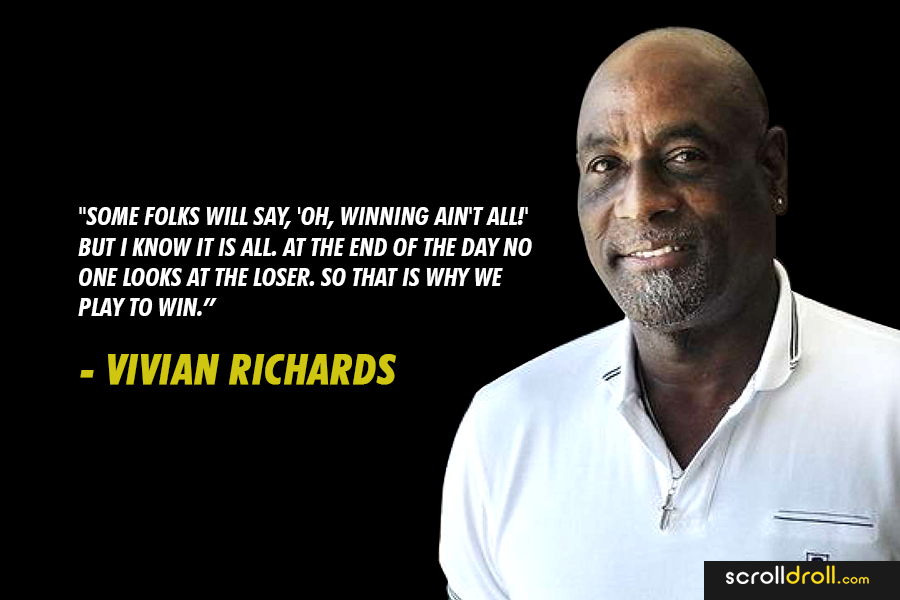 14. The joy of doing well as a batsman for your country is much more than that little joy of going for a party and enjoying music. It is a completely different high, and I get high by the performances. That’s what I enjoy now.” – Virat Kohli
The undeterred dedication this game requires is summarized nicely in this Cricket Quote. 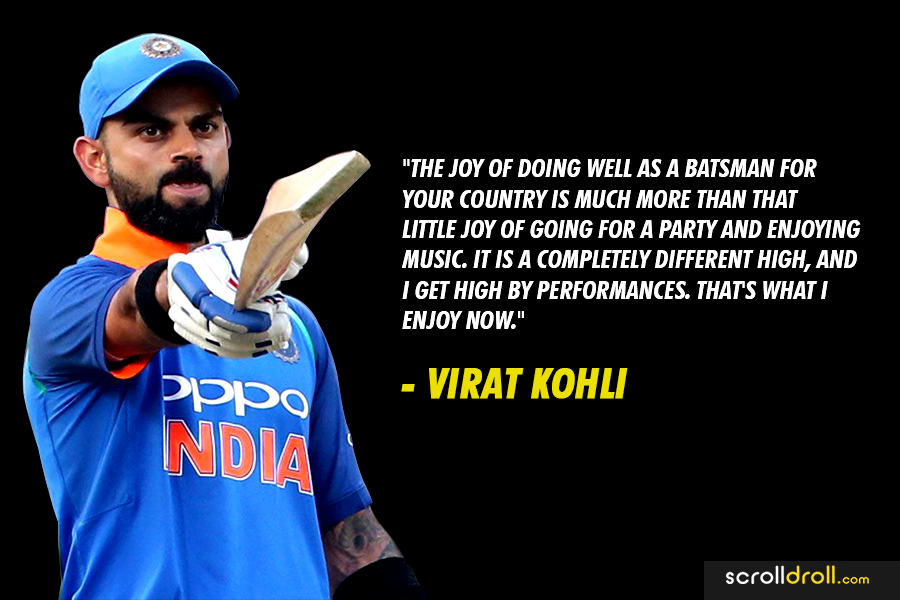 15. “Nobody goes undefeated all the time. If you can pick up after a crushing defeat, and go on to win again, you are going to be a champion someday!” – Kumara Sangakkara
Everyone falls. What matters is the ability to rise up again after you fall. 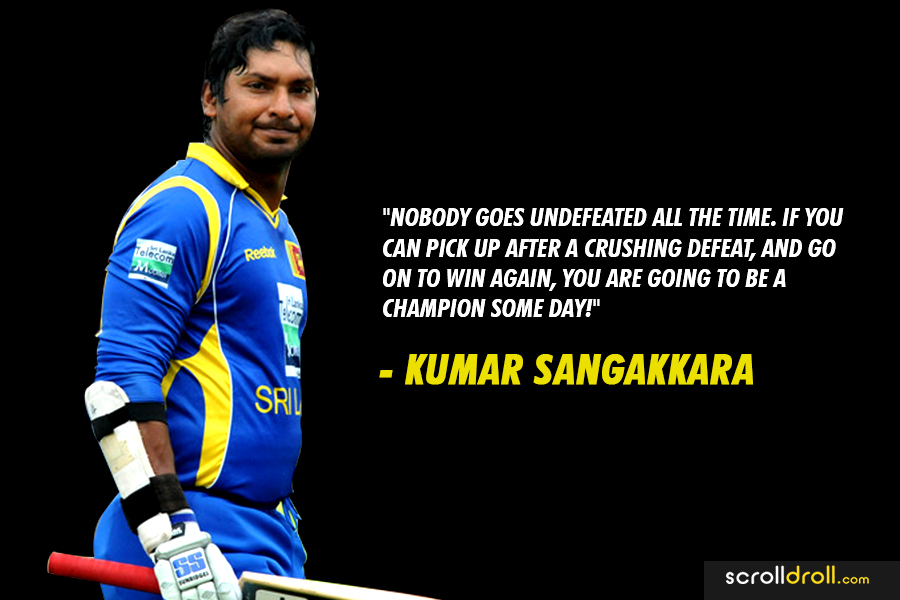 Success doesn’t discriminate! It doesn’t matter whether you start small, with limited means or you have all the resources you think you need to make it big. What matters is that you be focused, determined, and get ready to work yourself off.

These were some of the best inspiring and powerful cricket quotes from the legends of the game. Did we miss any?