From fighting for the independence of  India to leading the country during the crucial 1971 Indo-Pak war, Indira Gandhi has been one of the foremost leaders of our country in the past century. Known for her political grit, vision and commitment for a better India, Indira Gandhi is remembered as an icon of women power and strong governance. Her speeches, writings, work and Indira Gandhi quotes continues to inspire millions of Indians and people all across the globe.

Indira Gandhi began her social and political life following her father’s footsteps in the struggle for Indian independence, served as ministers in the central government and finally became India’s first and only female Prime Minister. She played a key role in liberating Bangladesh from Pakistan and establishing as an Independent sovereign nation.

We bring you 12 best Indira Gandhi quotes that sum up her vision for the country.

1. You can’t shake hands with a clenched fist. 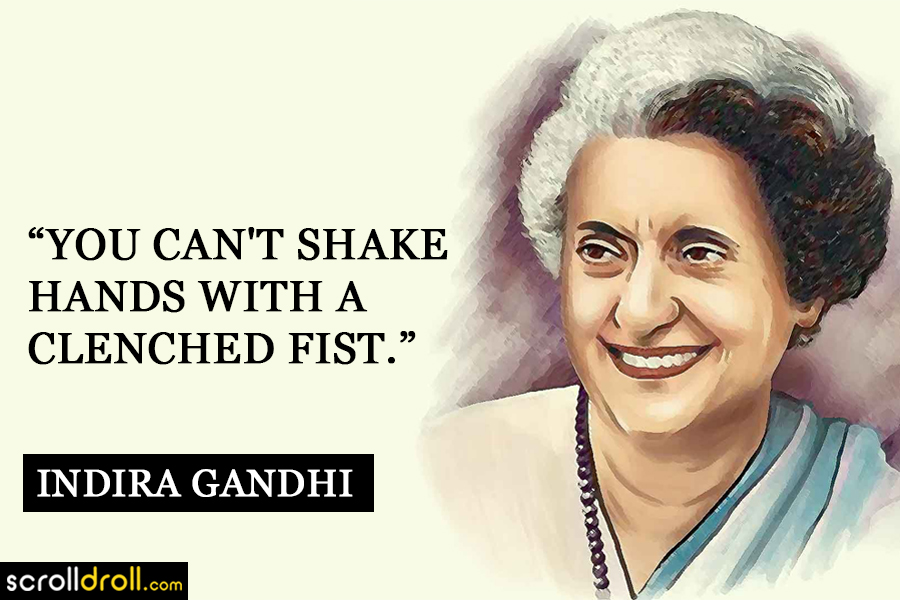 2. My grandfather once told me that there were two kinds of people; those who do the work and those who take the credit. He told me to try to be in the first group; there was much less competition. 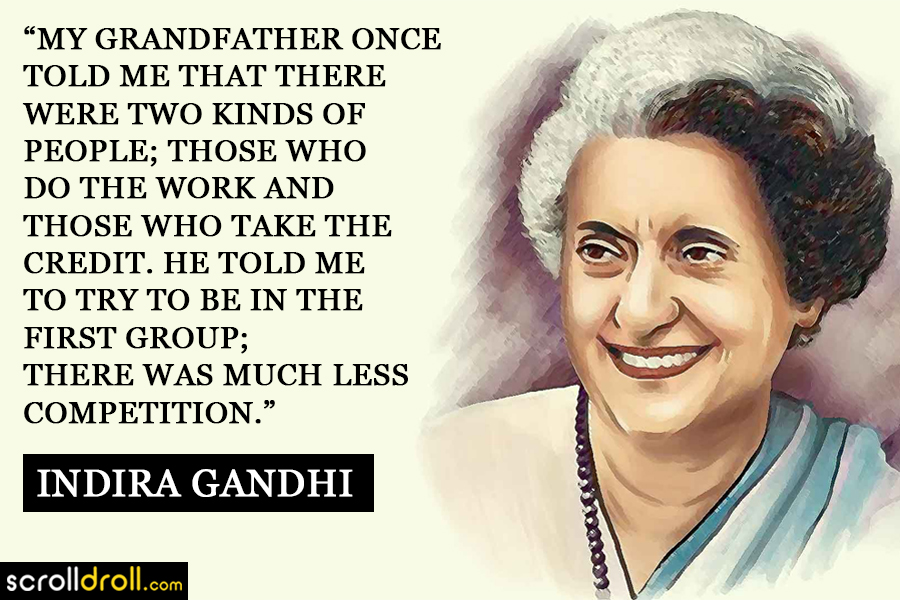 3. The power to question is the basis of all human progress. 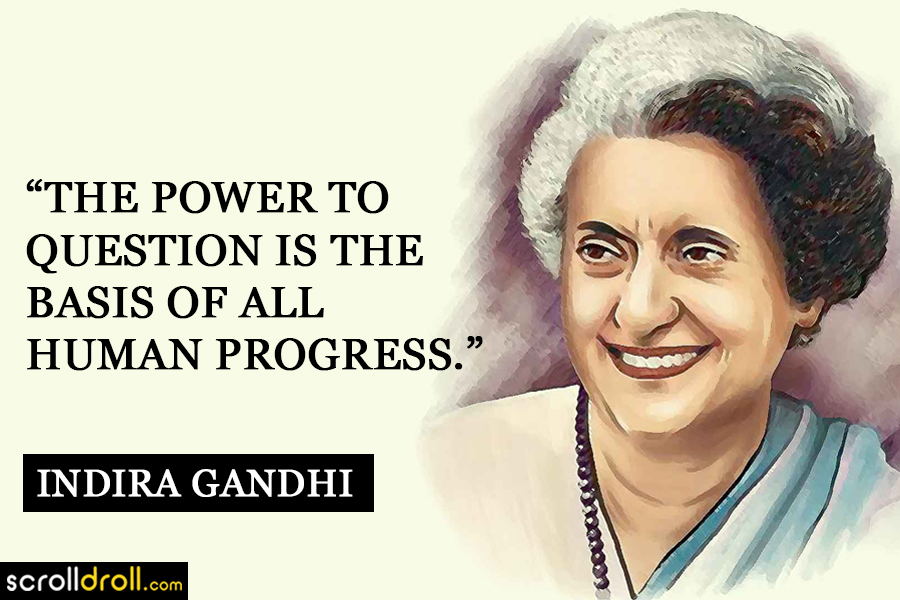 4. Forgiveness is a virtue of the brave. 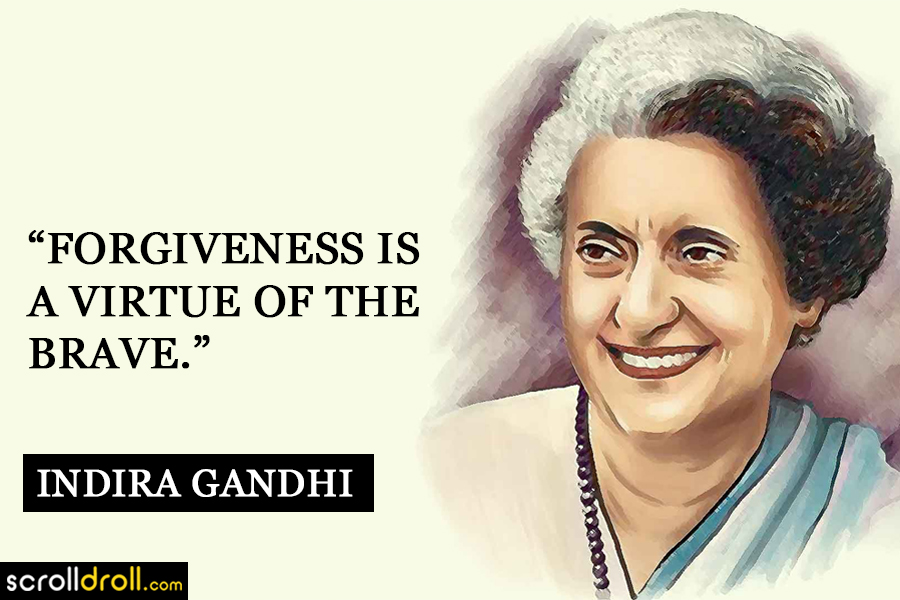 5. You must learn to be still in the midst of activity and vibrantly alive in repose. 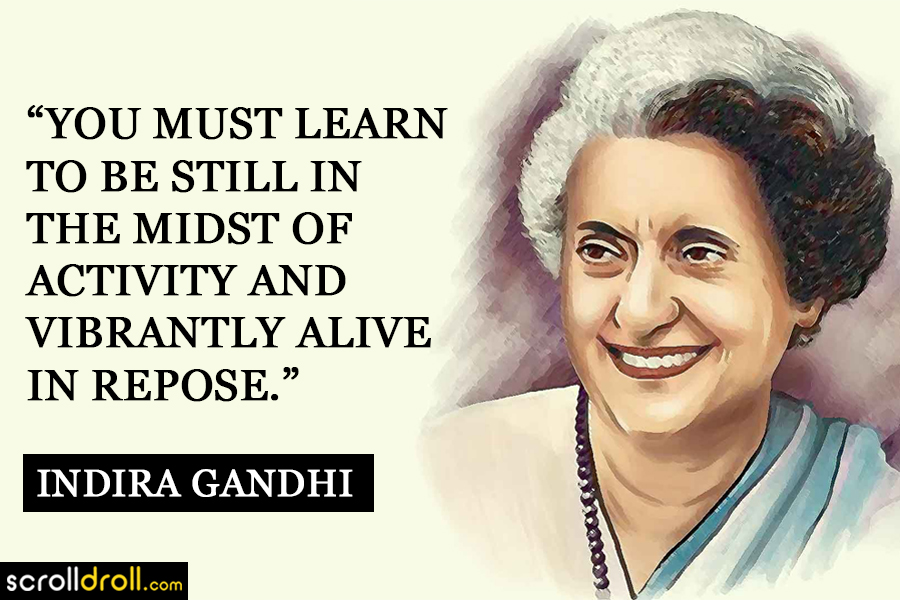 6. The meek may one day inherit the earth, but not the headlines. 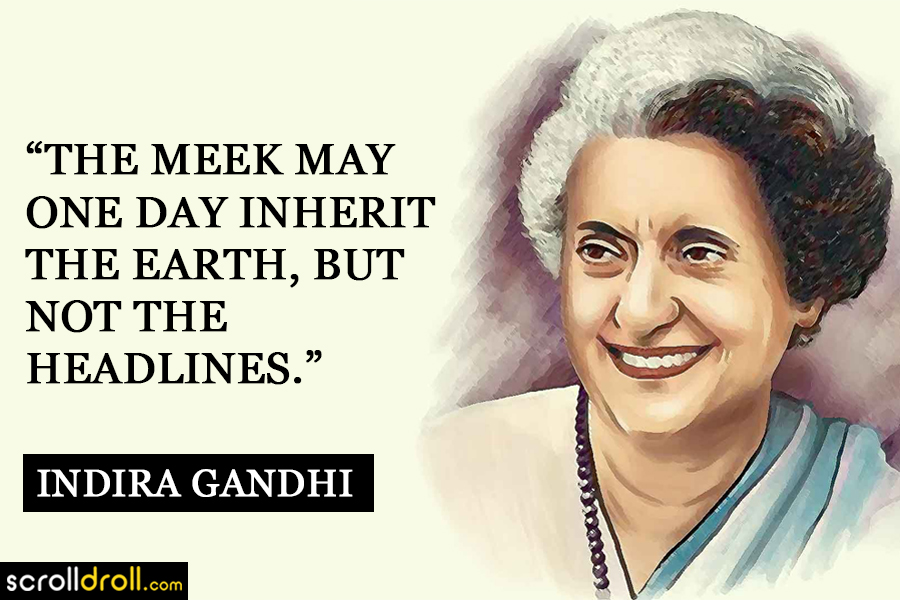 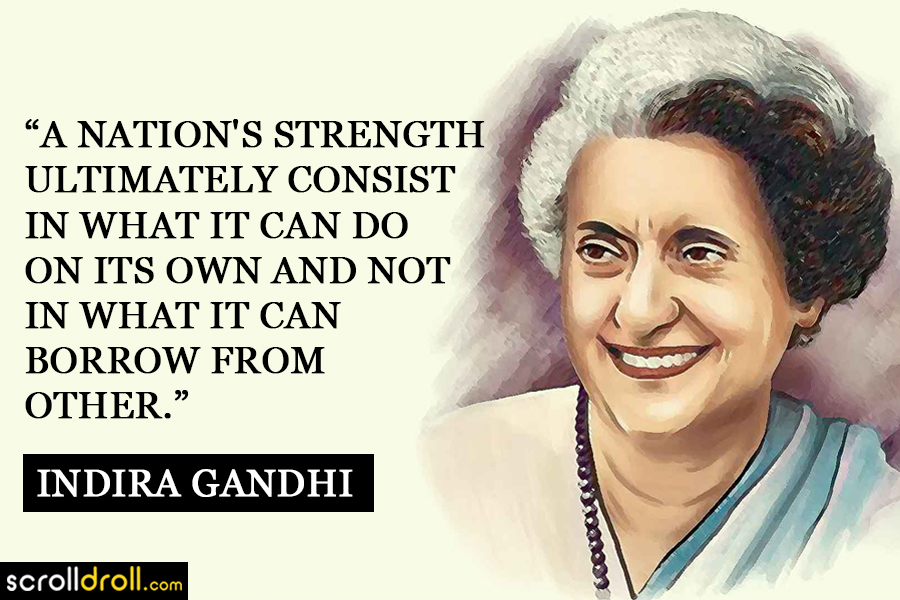 8. Even if I died in the service of the nation, I would be proud of it. Every drop of my blood will contribute to the growth of this nation and to make it strong and dynamic.
One of the iconic Indira Gandhi quotes from one of her speeches some time before her assassination. 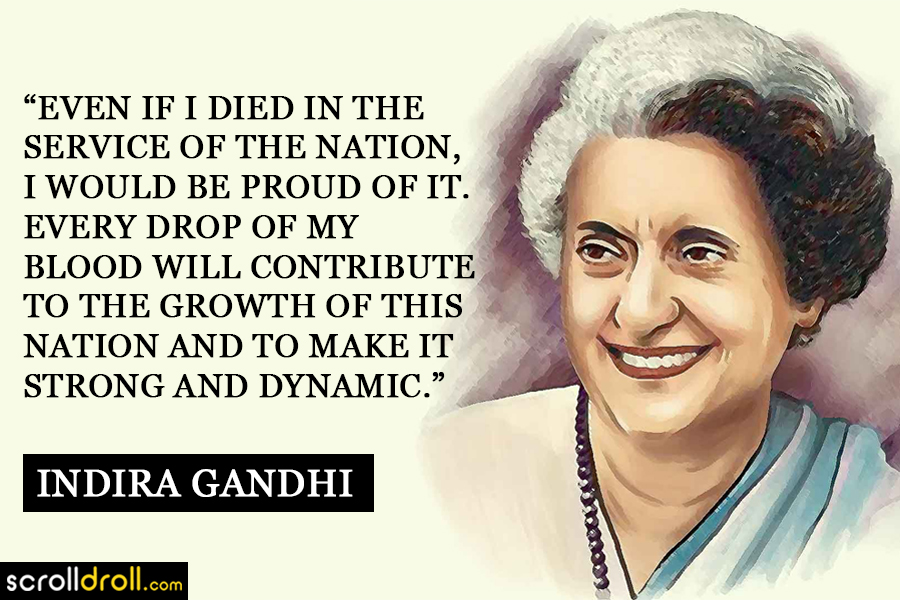 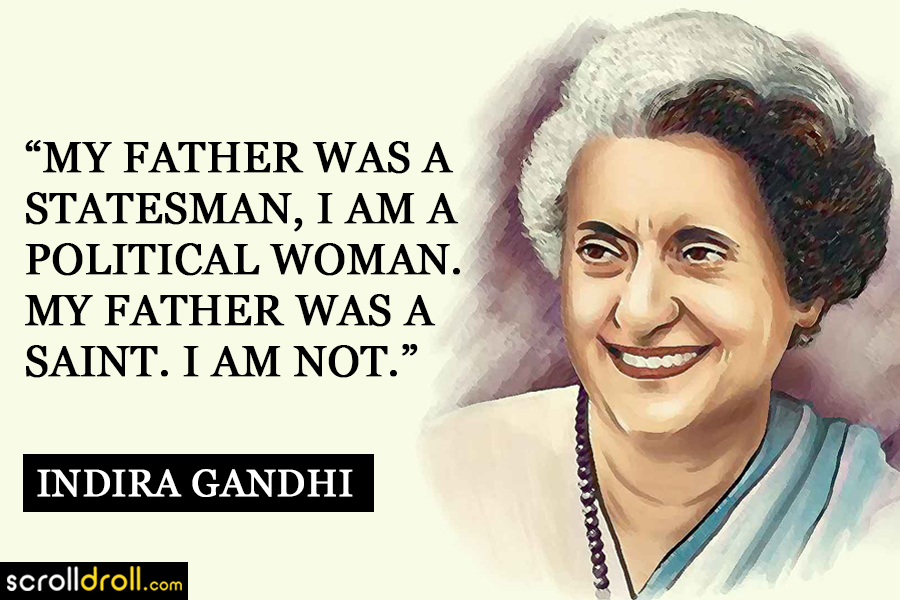 10. I am not a person to be pressured – by anybody or any nation. 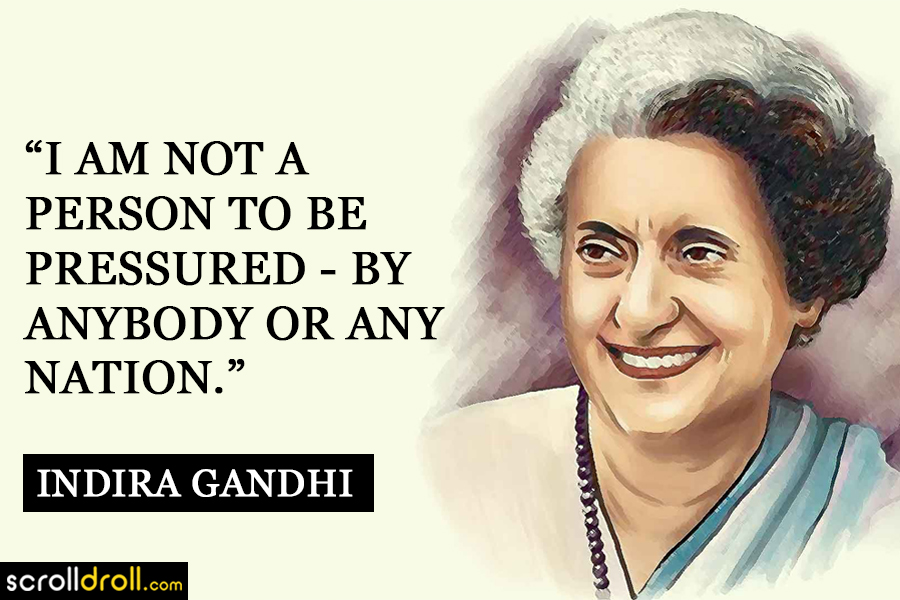 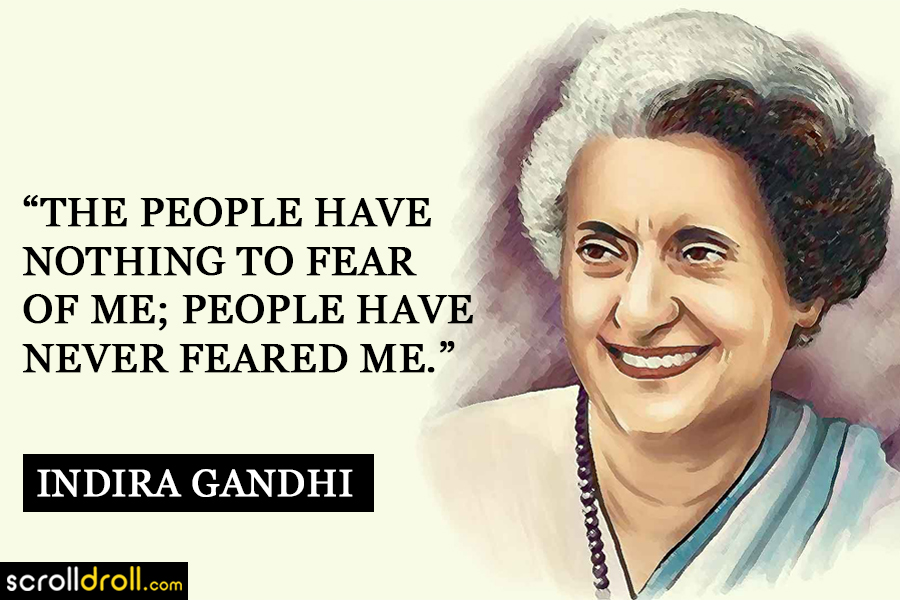 12. Winning or losing of the election is less important than strengthening the country. 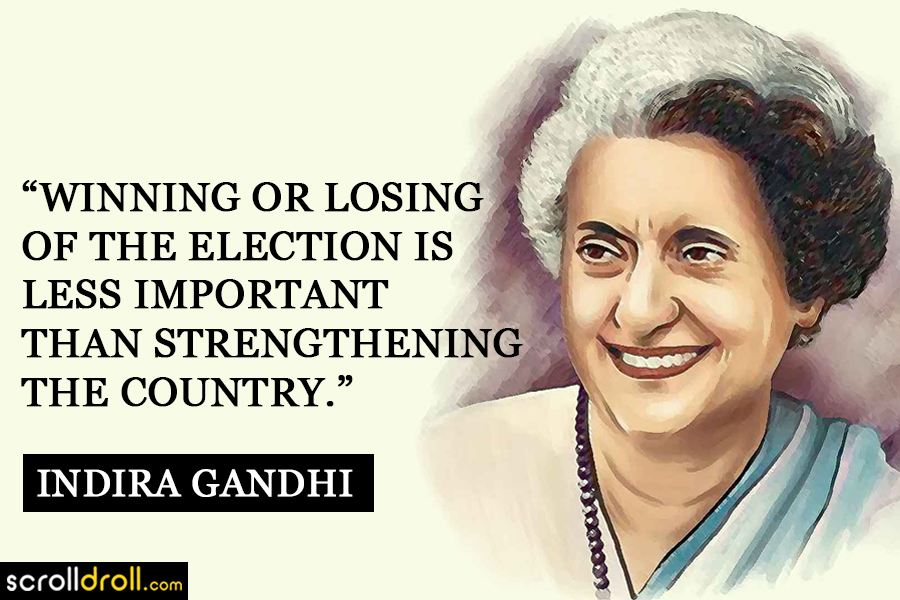 The power, influence and respect commanded by Indira Gandhi can be estimated by the fact that she was names as the  “Woman of the Millennium” in an online poll organised by the BBC in 1999. She was also included amongst the world’s 100 powerful women who defined the last century by Time Magazine in 2020.