One of the greatest batsmen of all time and the God of Cricket, Sachin Tendulkar has entertained fans across the globe with his timeless elegance, beautiful strokes and relentless dedication to the game. An unparalleled career that witnessed several glorious records being created and broken by the Little Master serve as an inspiration to millions of people who dare to dream.

We bring you 19 interesting and lesser-known facts about Sachin Tendulkar you probably did not know before. 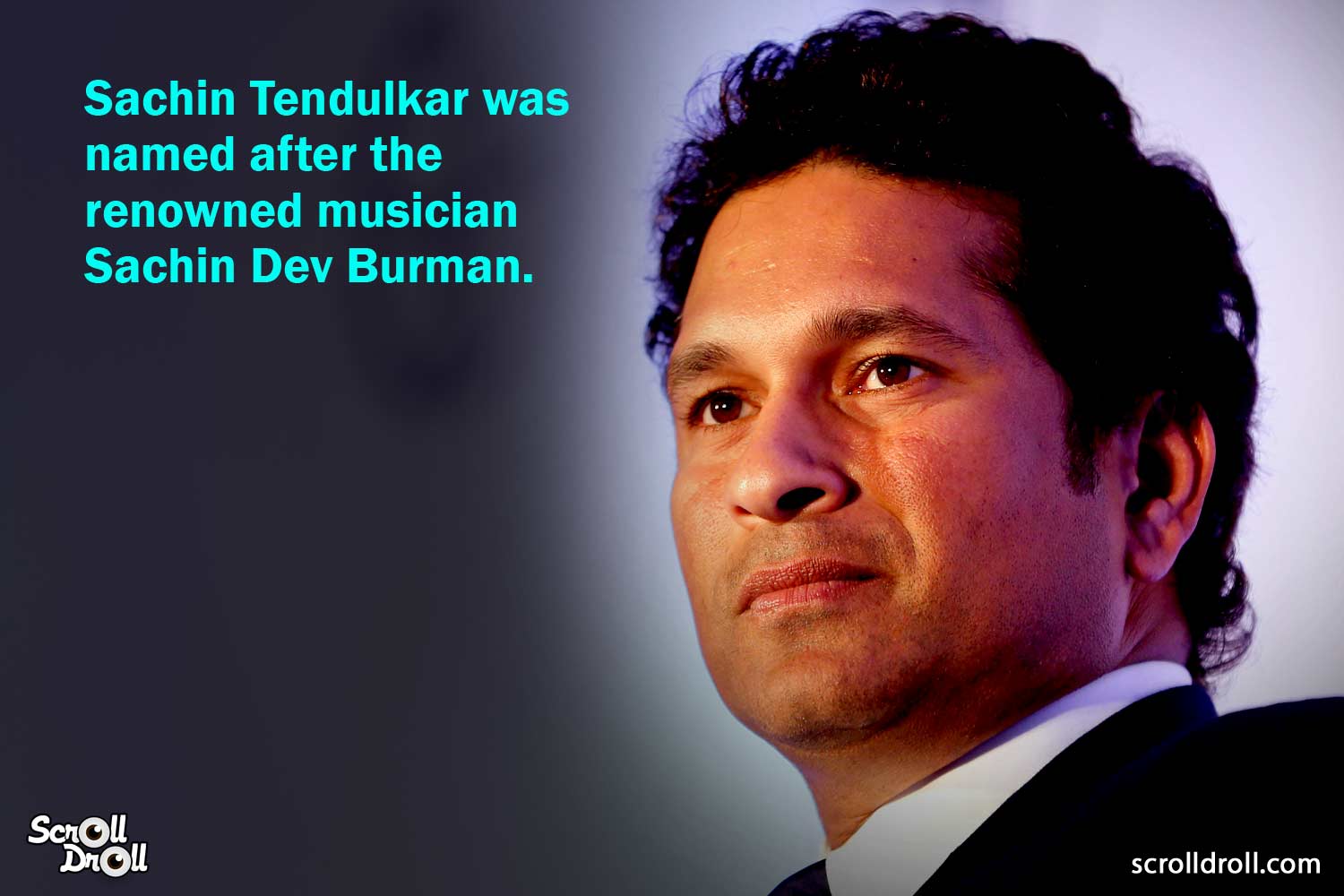 2. Dennis Lillee on a lighter note says that he did the game a “favor” by rejecting him as a fast bowler though he considers himself fortunate to have spotted Sachin long before he came into the limelight. 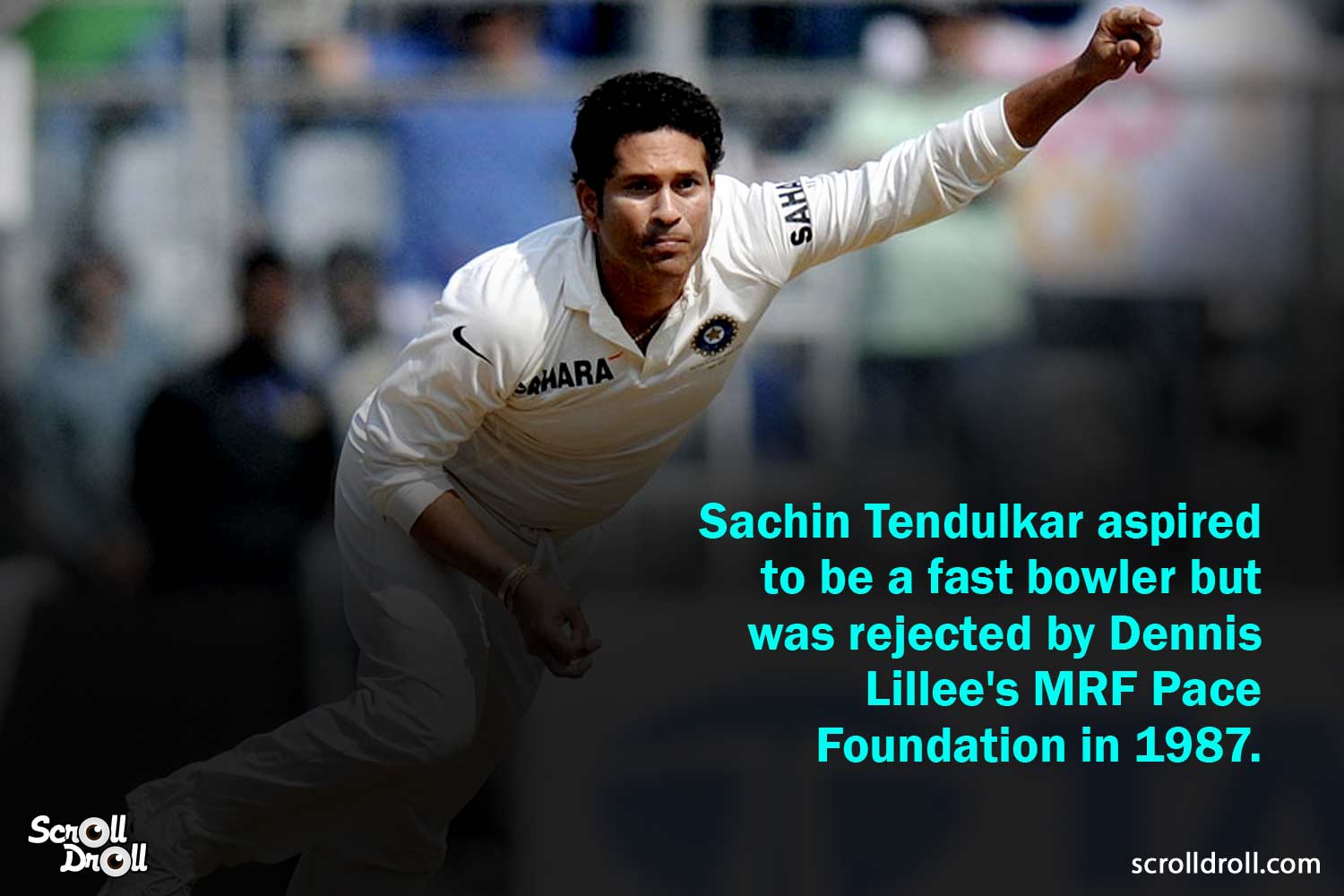 3. You can watch the video of Sachin as a ball boy in the semi-final encounter between India & England in 1987 here 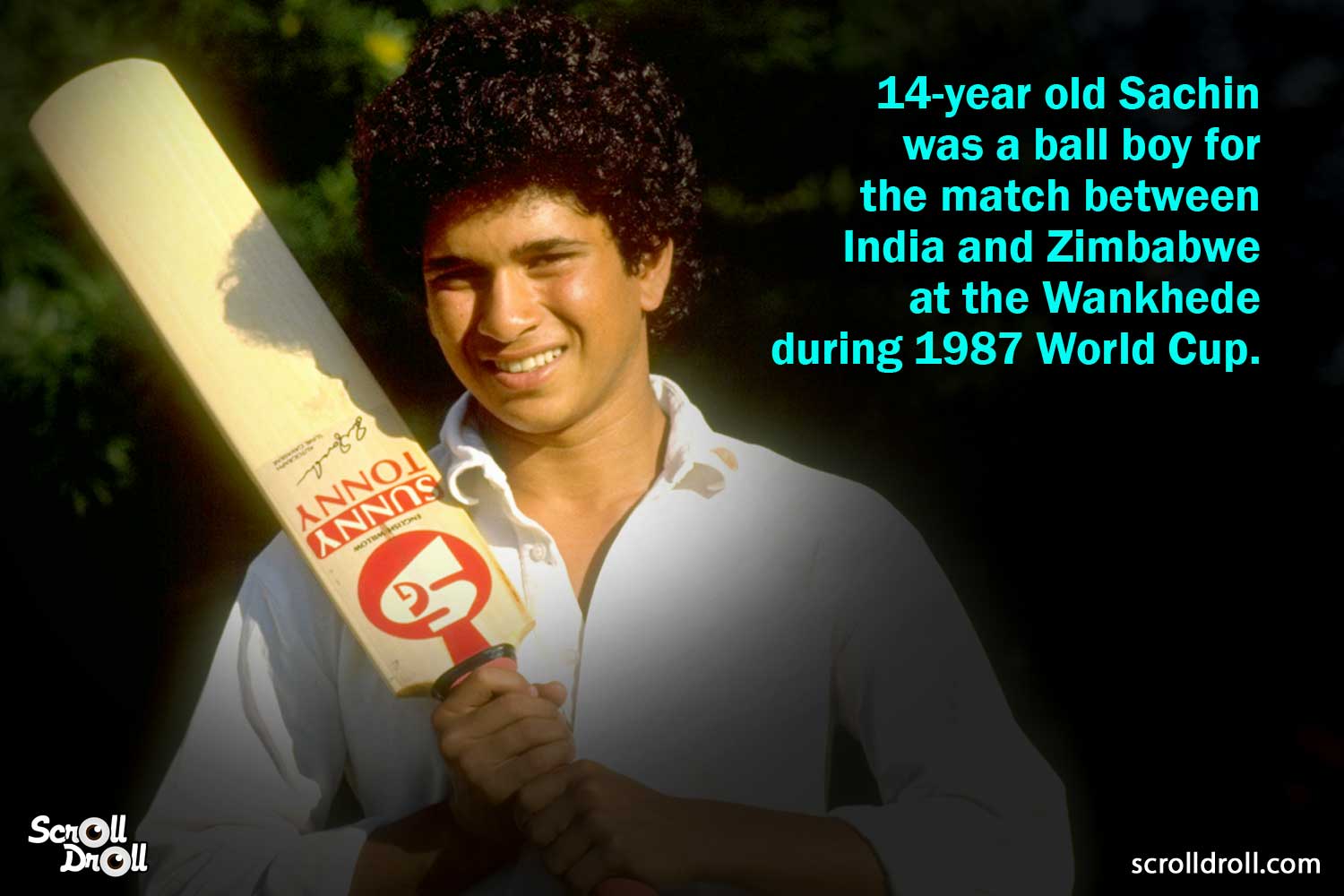 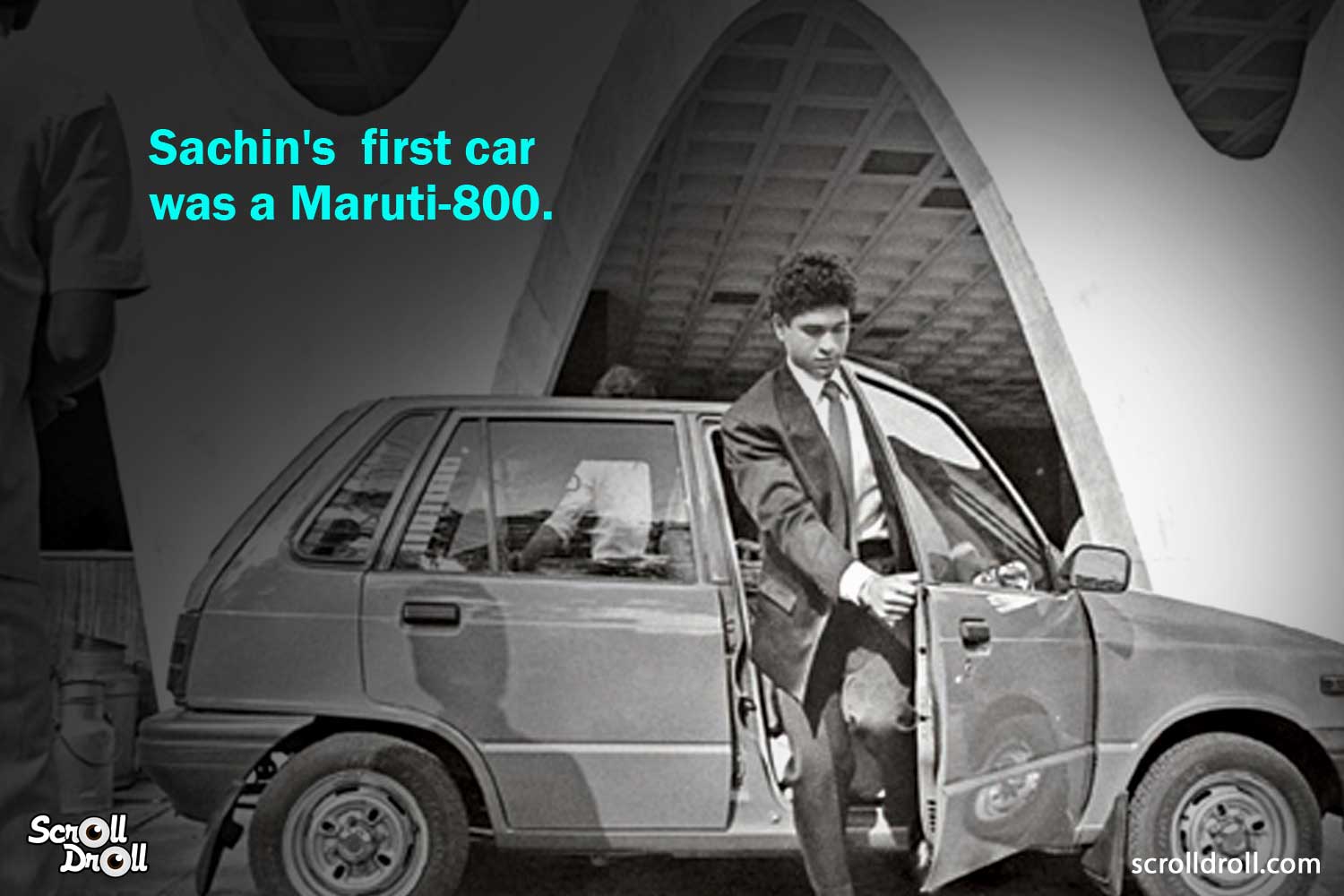 5. During Pakistan’s tour of India in 1987, Sachin was sent in as a substitute fielder when Javed Miandad and Abdul Qadir left the field at lunchtime.

“I don’t know whether Imran Khan remembers this or has any idea that I once fielded for his Pakistan team,” writes Sachin in his book ‘Playing it My Way.’ 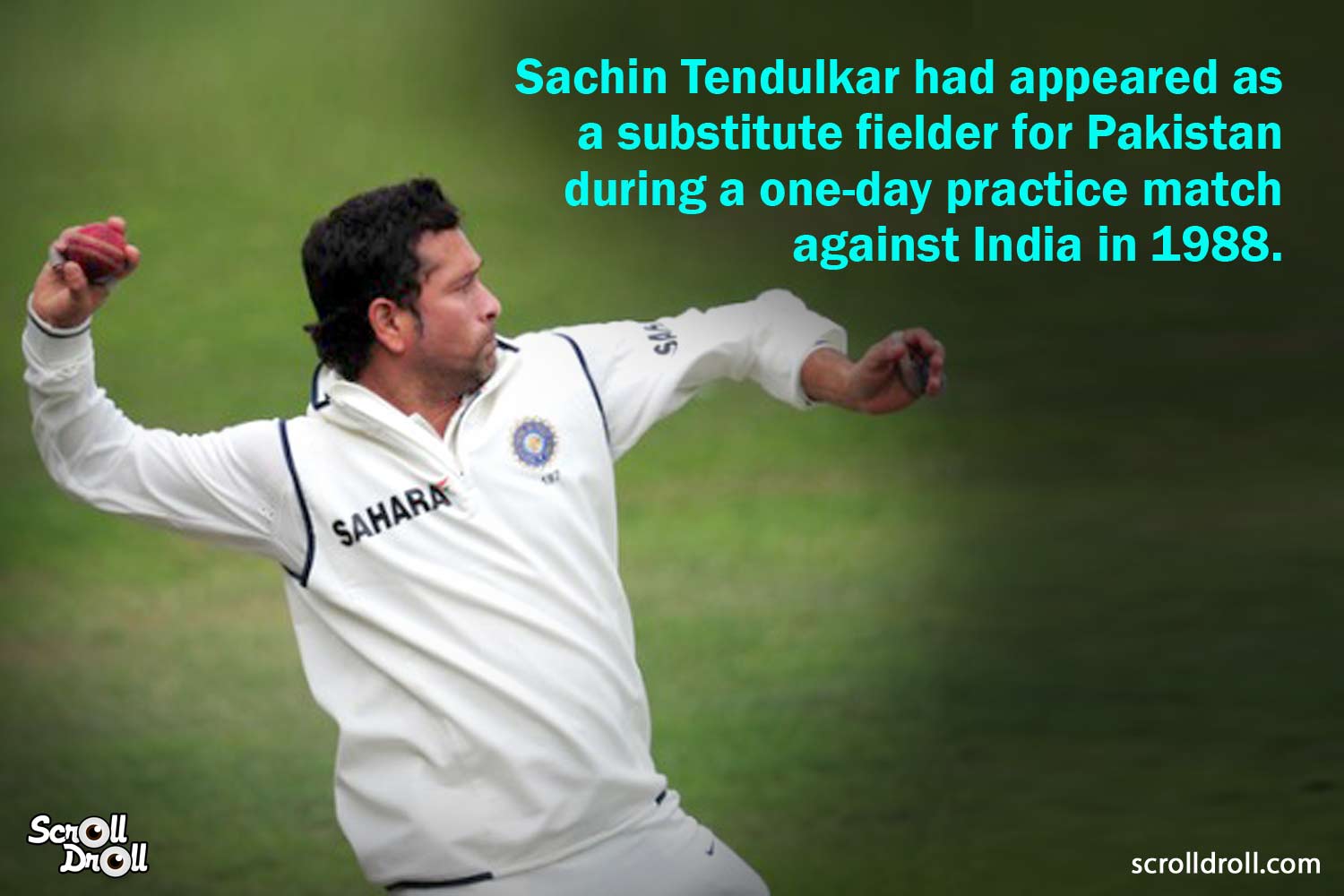 6. Jonty Rhodes ran-out Sachin in the first ever TV Umpire decision way back in 1992 during a test match. You can watch the video here 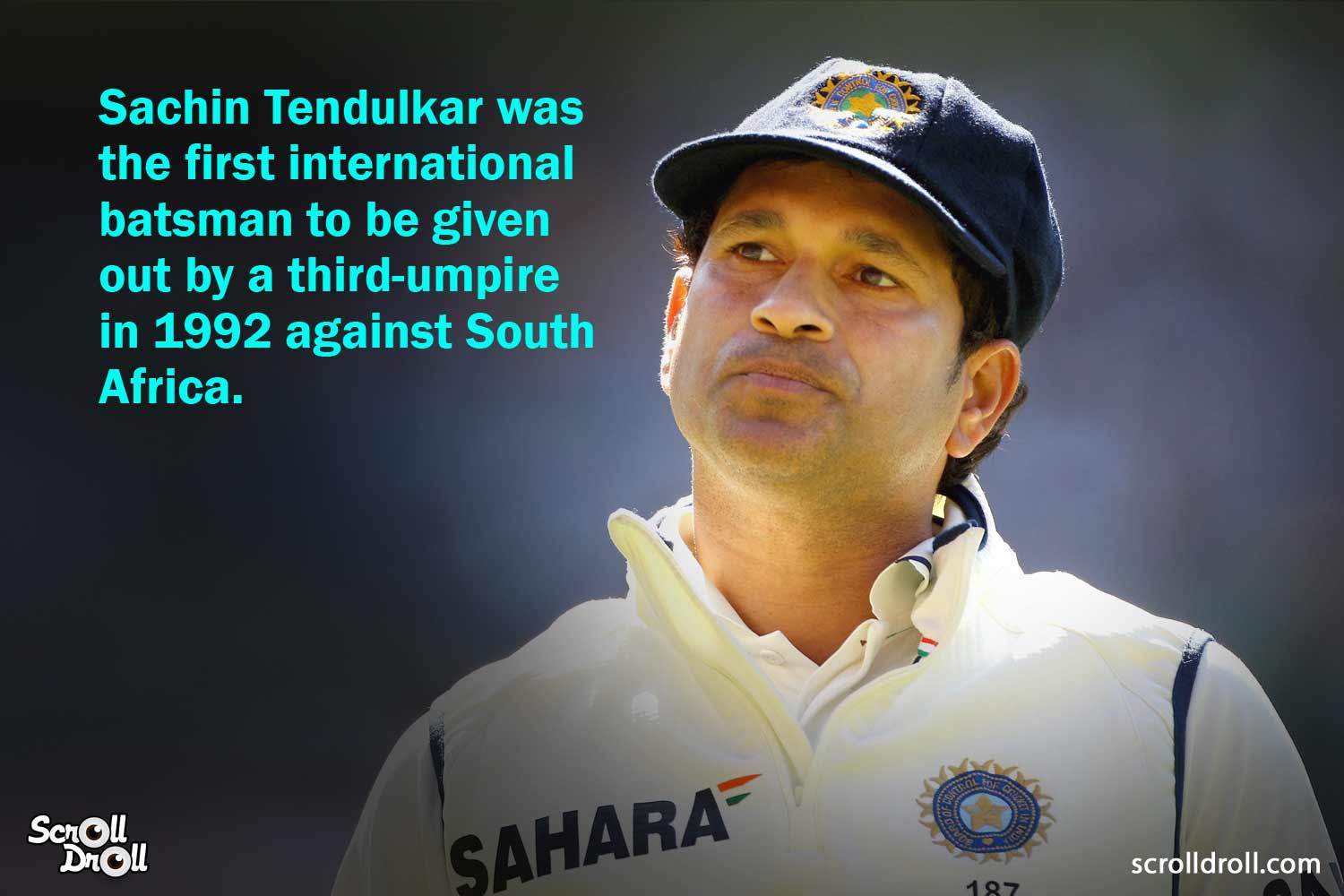 7. Gavaskar had gifted Sachin a pair of ultra-light pads to console him after he wasn’t chosen as the Mumbai Cricket Association’s ‘Best junior cricketer.’ Sachin wore these pads on his debut against Pakistan in Karachi on November 15, 1989. 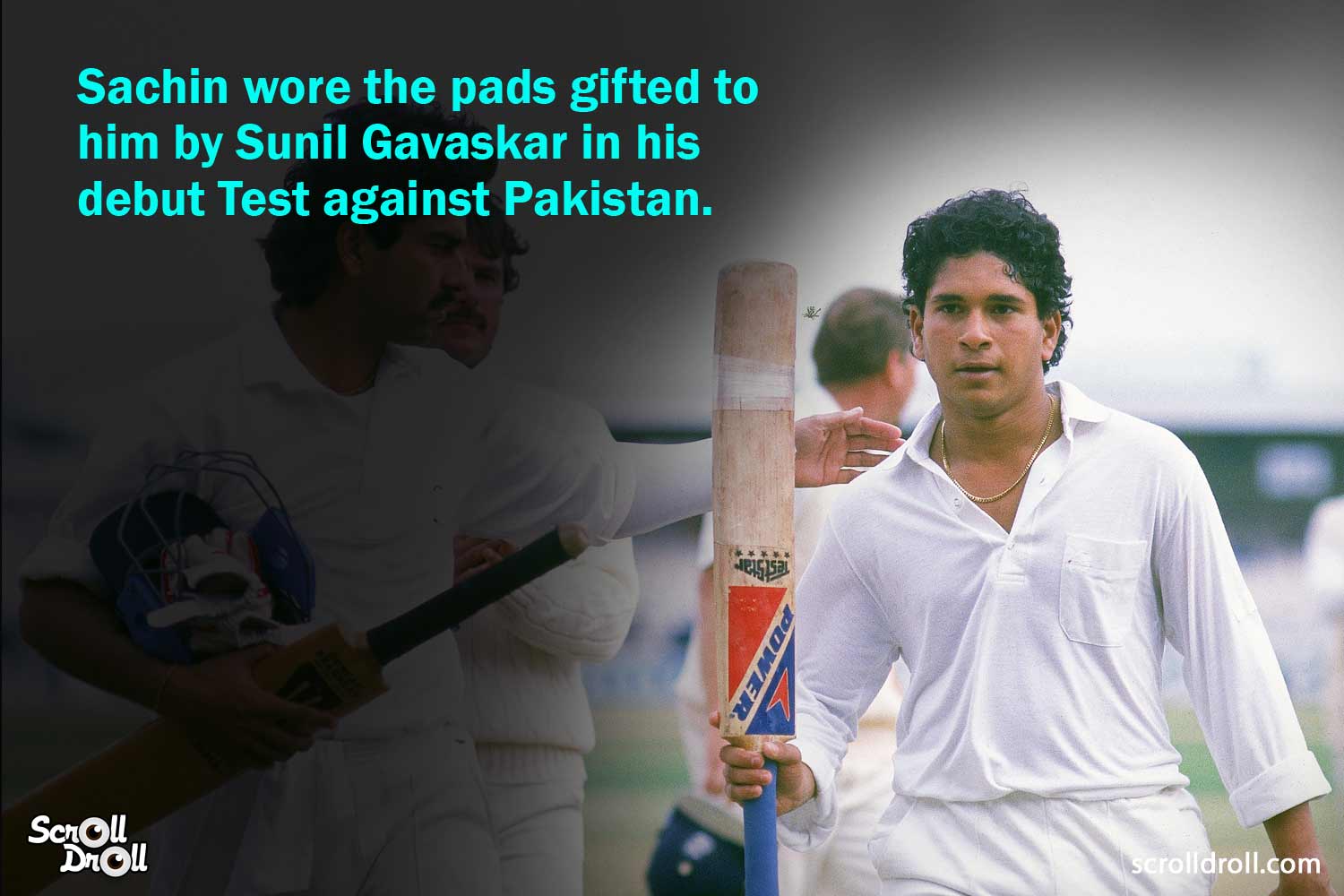 8. The friendship between Master Blaster and Bengal Tiger has lasted for decades and this is one of the several things they shared. 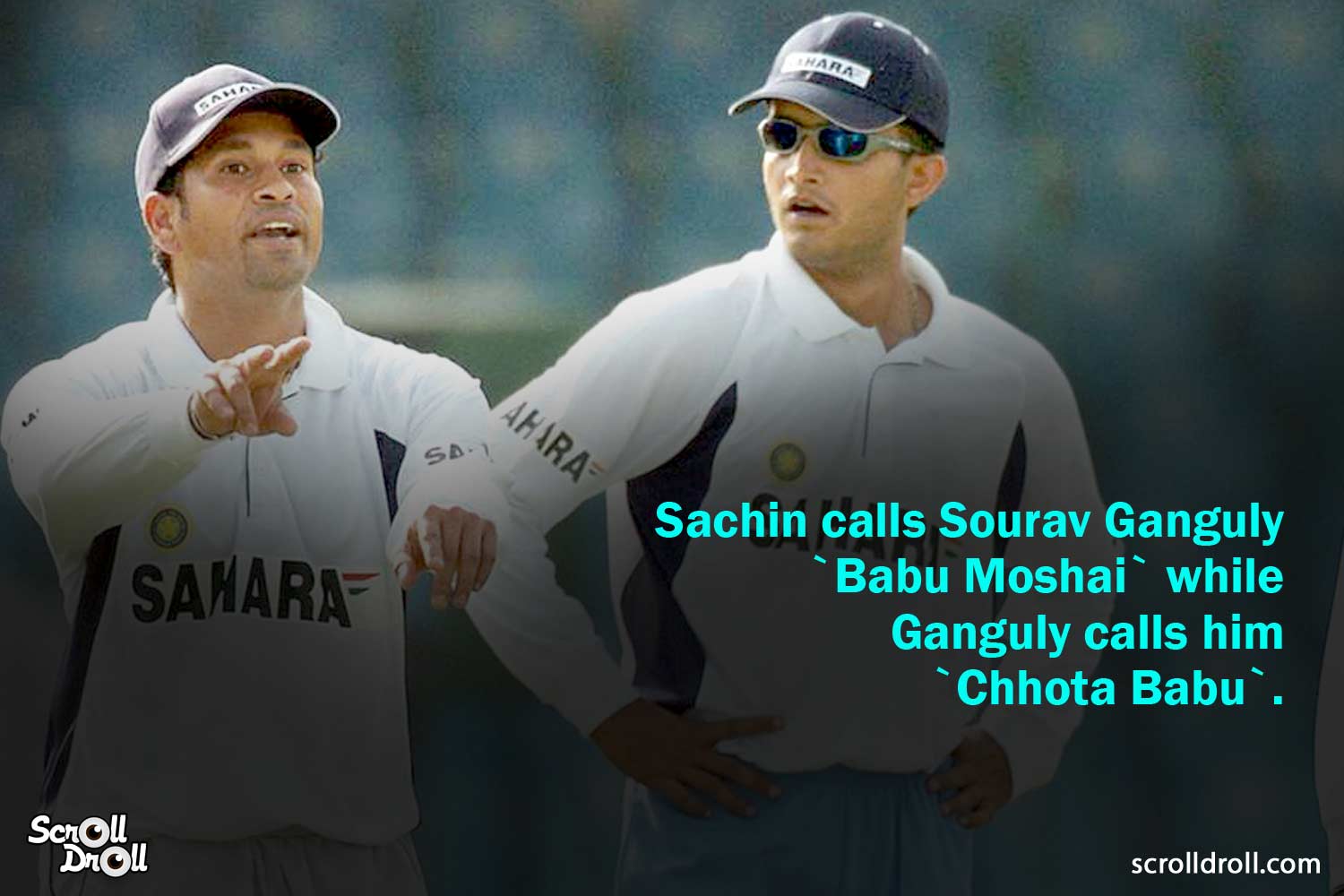 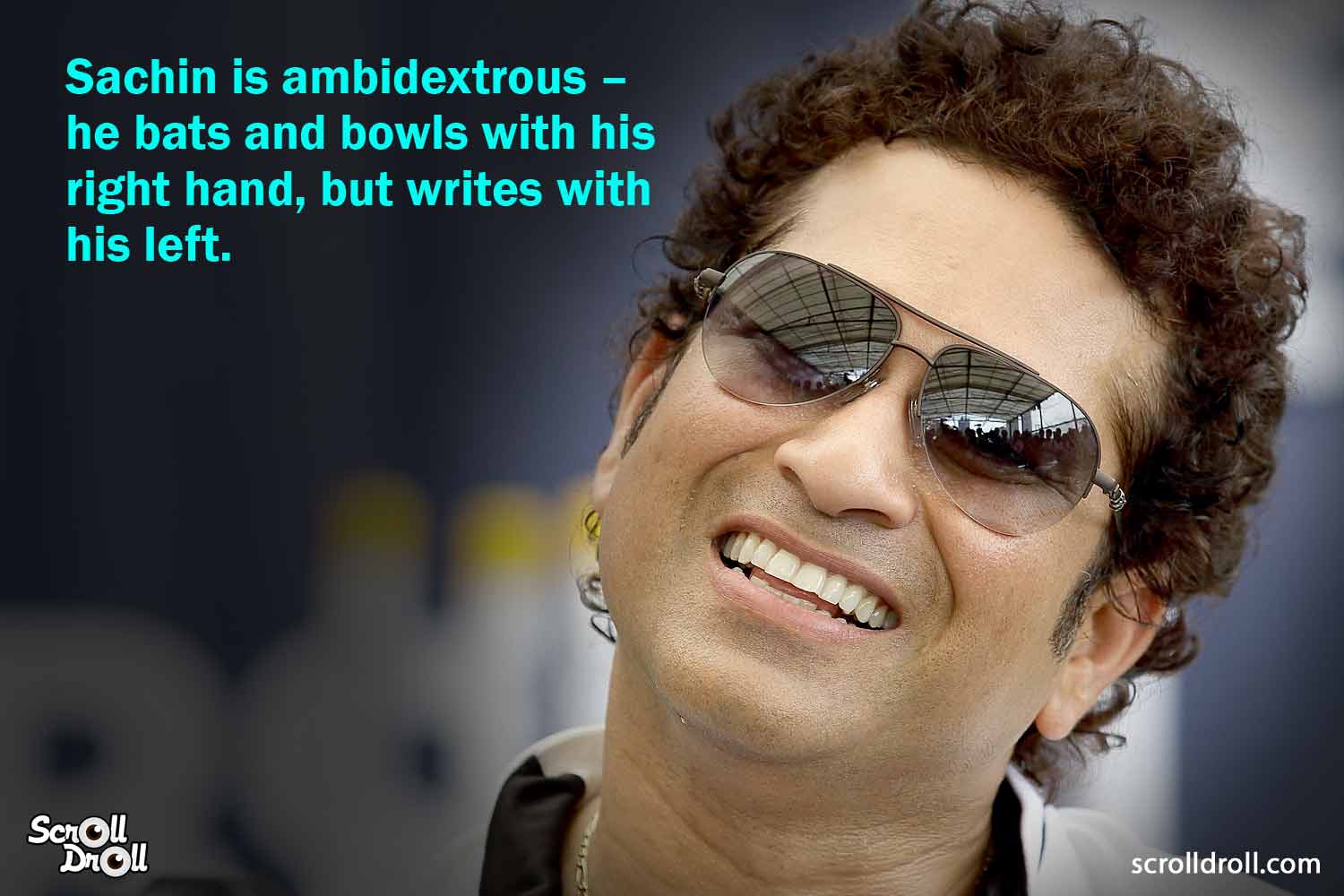 10. Sachin had to manage his SSC boards and Ranji tournaments together in his early years 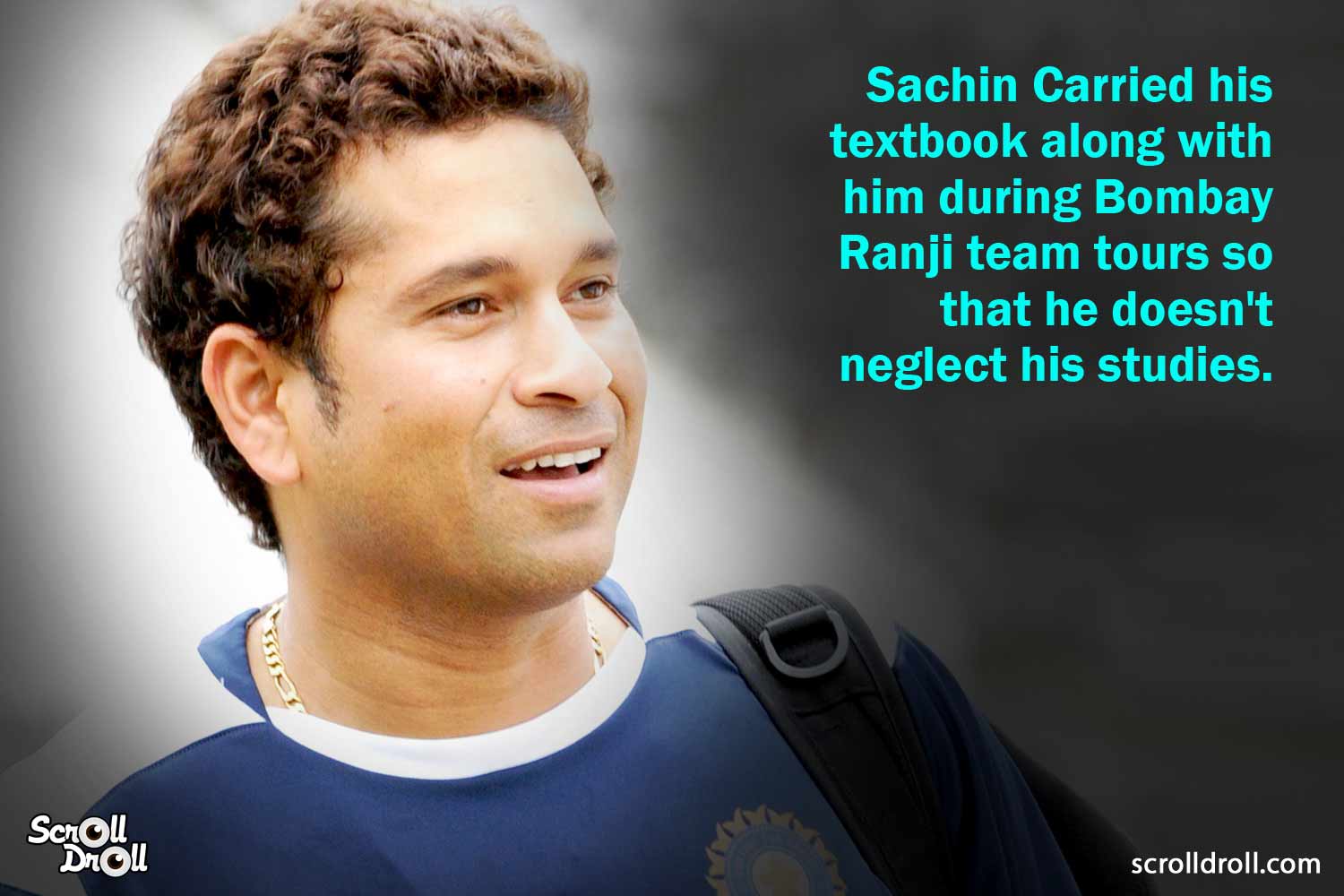 11. One of the most memorable innings from Sachin’s bat came during the Sahara Cup where he demolished the dangerous Australian bowling attack twice in 2 days – once to guide India to the finals and the second time to help India clinch the Cup.  ‘Sara’ was named after the ‘Sahara Cup’. 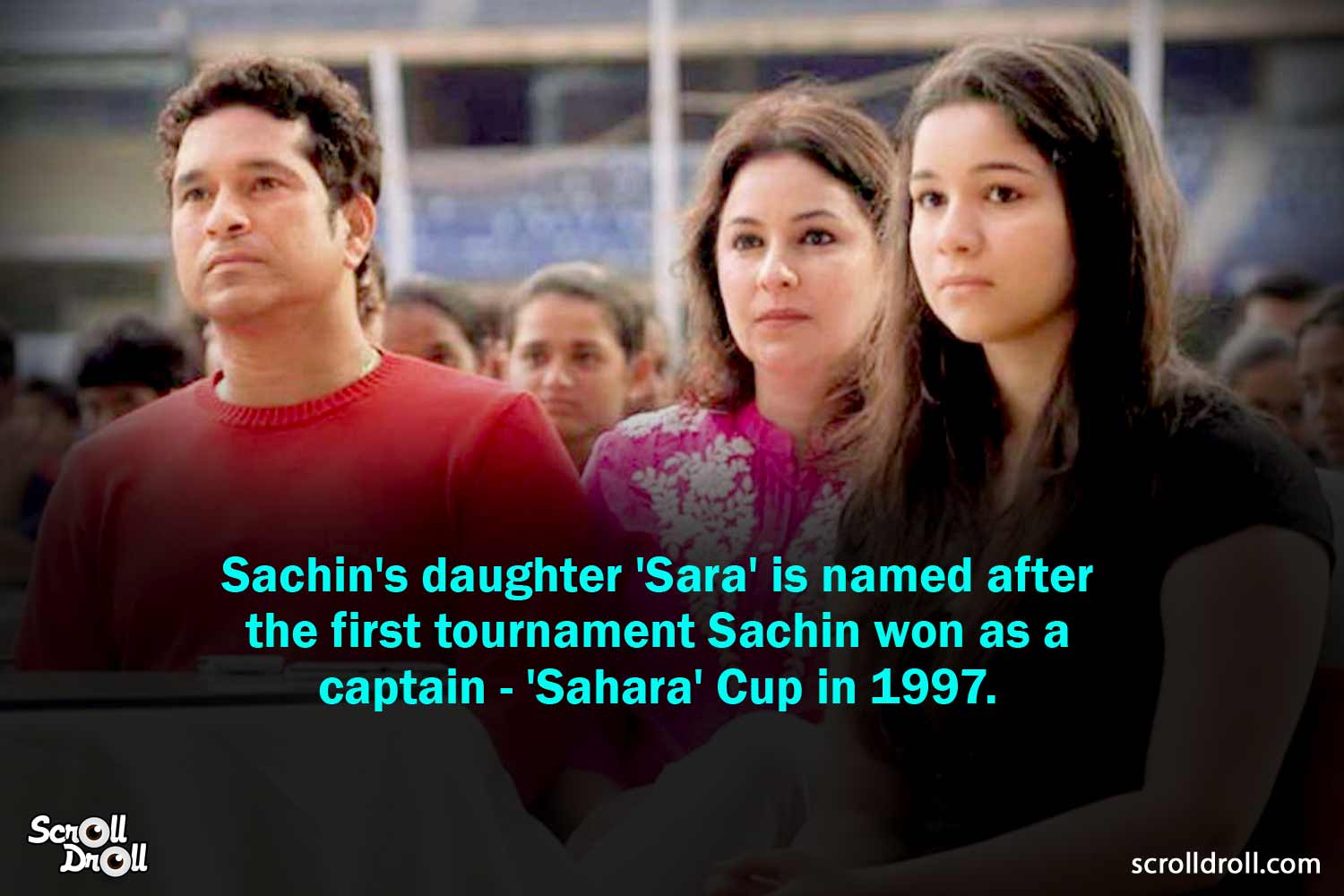 12. Surprisingly, Sachin’s first ODI century came only in his 79th match. He scored 110 off 130 balls to steer India to a 31-run victory in the third match of the Singer World Series in Colombo. 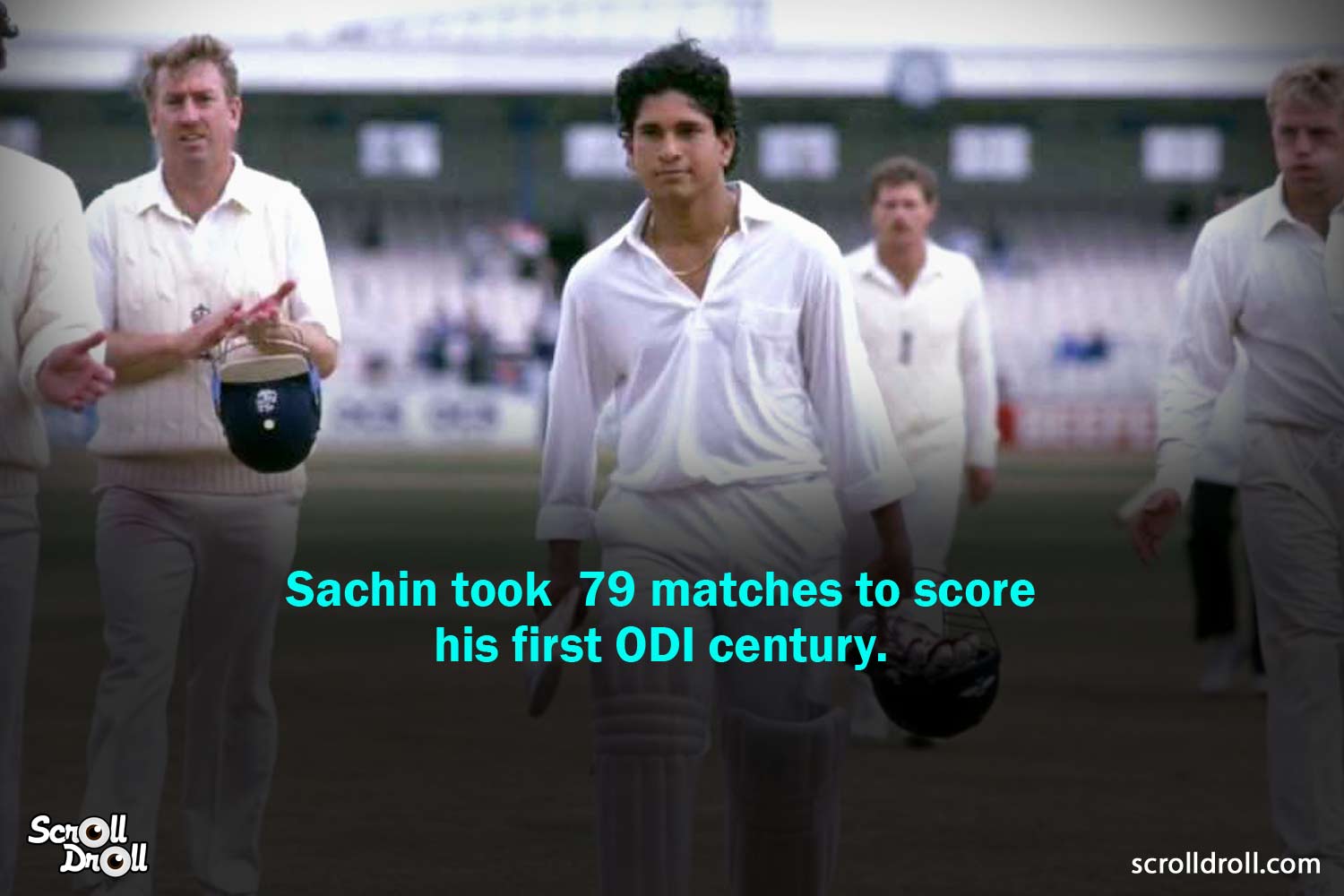 13. Sachin had made a cameo appearance in the movie ‘Stumped’ in 2013 directed by Gaurav Pandey and produced by Raveena Tandon. 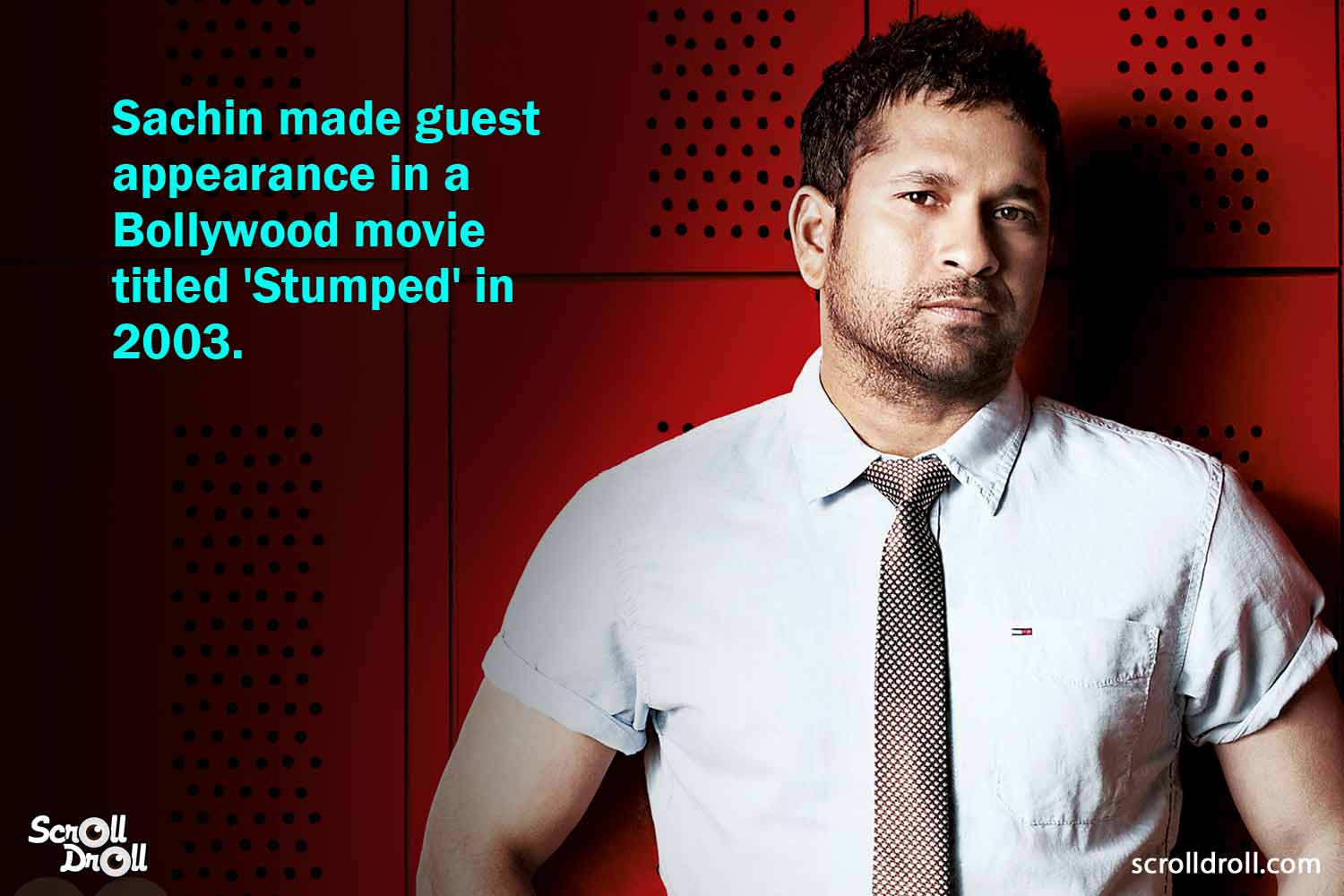 14. Fiat, the Italian owner of Ferrari, gifted a Ferrari 360 to Sachin, it’s brand ambassador when he equaled the record of 29 Test centuries by Don Bradman. The car was handed to Sachin by none other than Michael Schumacher – the seven-time world Formula One racing champion. 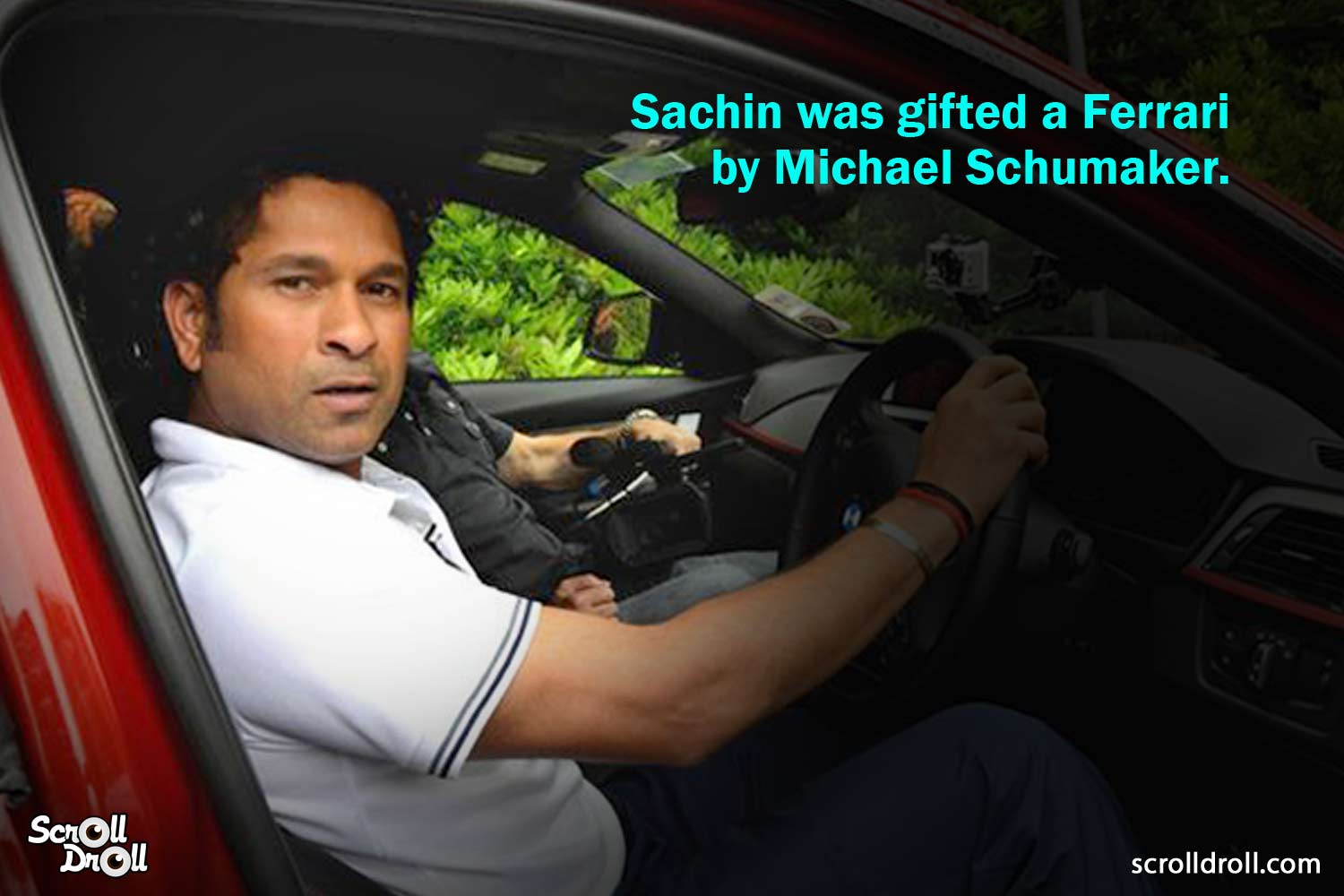 15. Sachin Tendulkar made his debut on TV with the Johnson & Johnson Band-Aid ad way back in 1989. You can watch the ad here 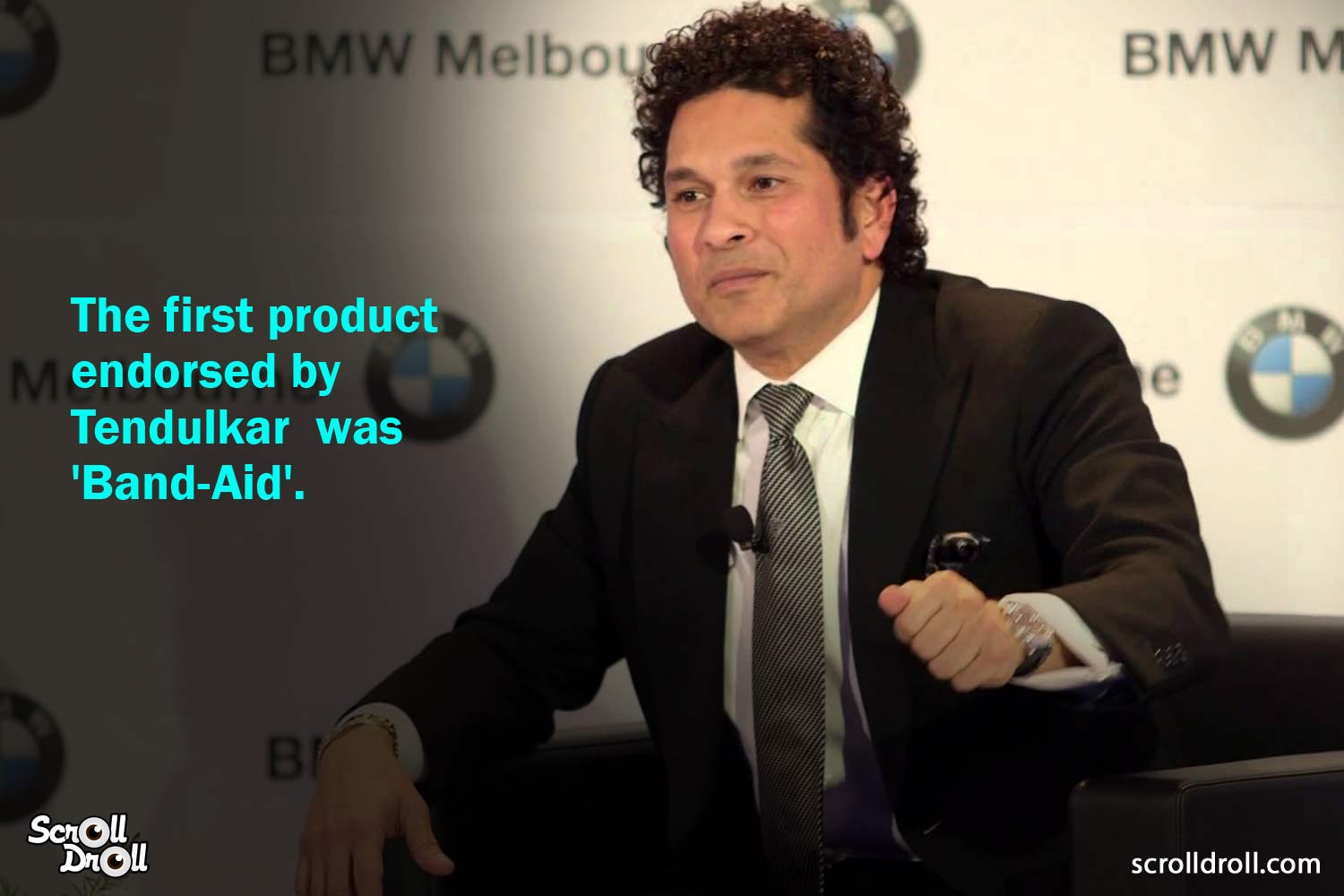 16. This secret was revealed by Sourav Ganguly during the launch of his book – ‘Playing It My Way.”
Watch Ganguly revealing this secret here 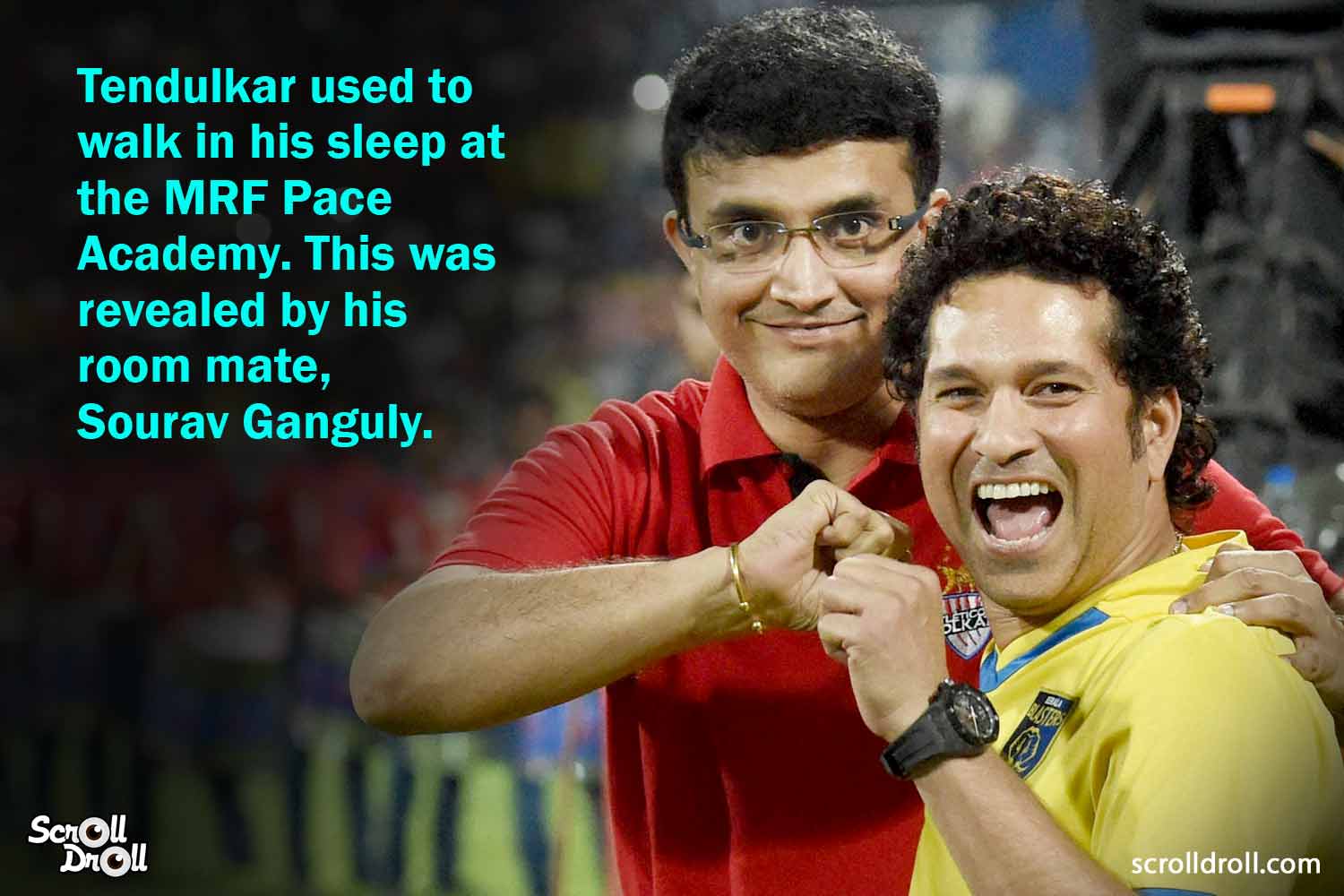 17. Sachin and Anjali had a beautiful love story that started from the Mumbai airport. 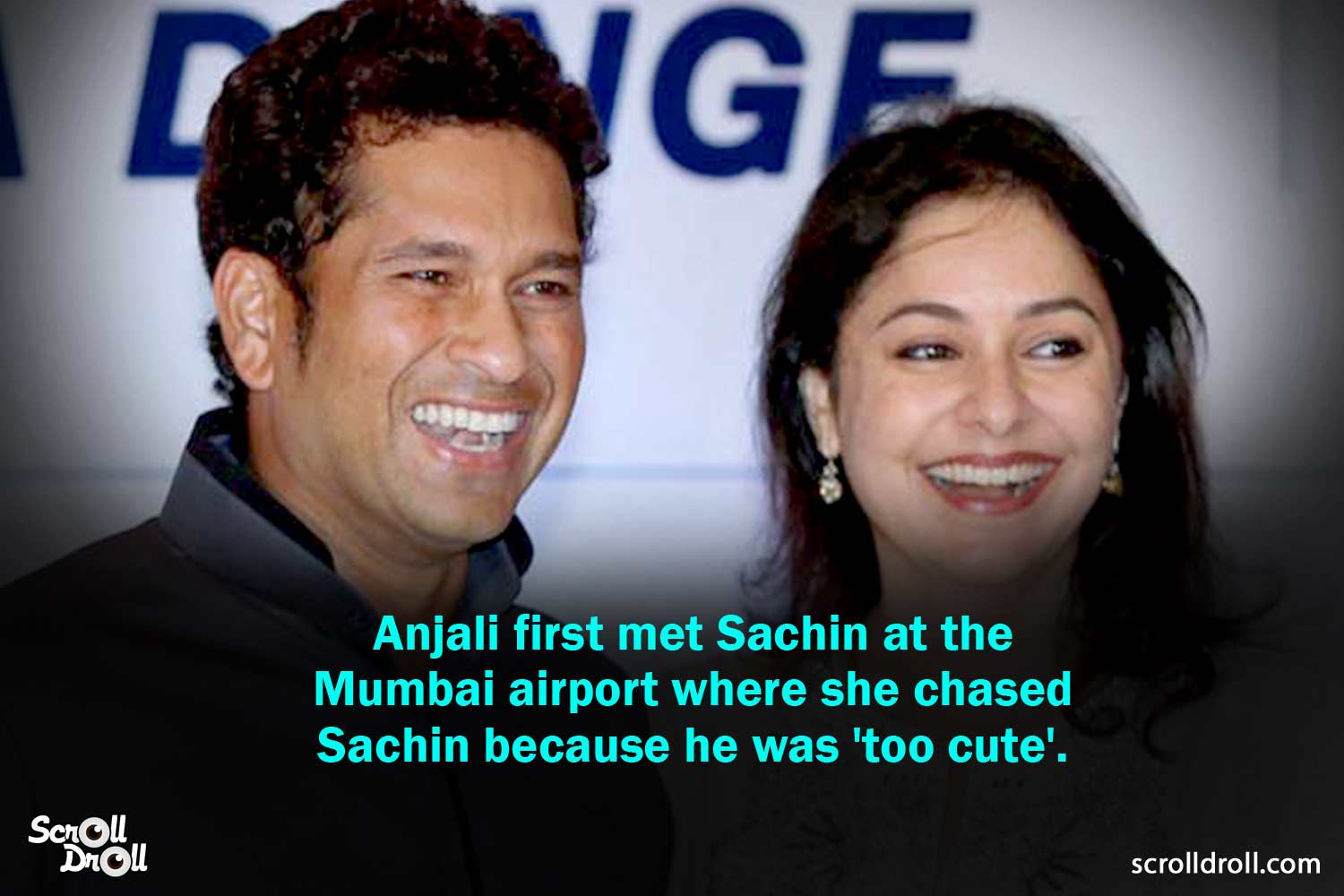 18. Sachin has revealed that he didn’t watch the 2011 World Cup final after getting out because of superstitions. He was being attended by the team physio with Virender Sehwag on his side when Dhoni hit the world-cup winning six against Sri Lanka. 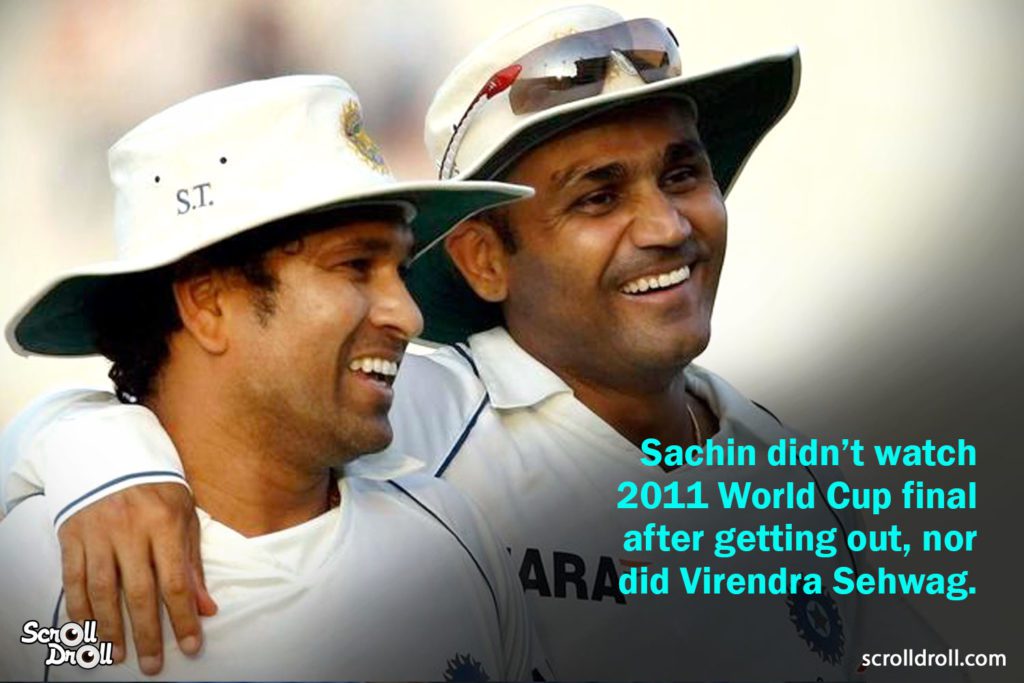 19. Rahul Dravid, the vice-captain and wicket-keeper for India in World Cup 2003 revealed that Sachin produced a fairytale run scoring 673 runs in the World Cup without even facing a single ball in the nets.

He reportedly told Dravid, “I’m feeling good. I don’t want to go into the nets and waste the touch. I want to feel good about my batting. If I have that sort of feeling, I will score runs when I go in”. 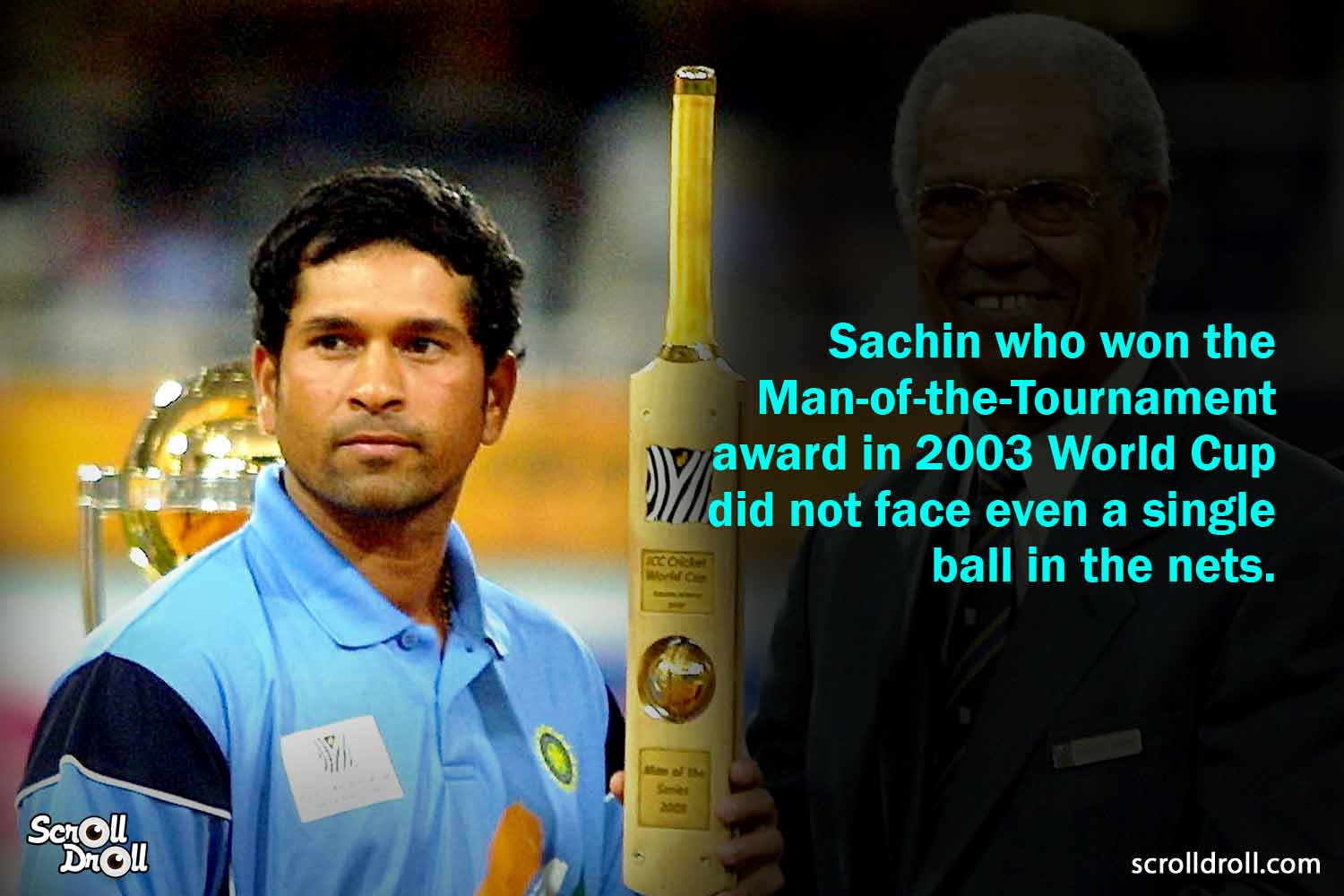 Sachin is more than just a legendary cricketer. He is also loved for his humble nature and down to earth attitude. Besides his team mates, his opponents also lauded him for his play and character. The nation adores him and misses him on the cricket field.