A man of few words yet of unparalleled grace and integrity, Manmohan Singh was one of the architects of modern day India with his revolutionary economic reforms and two terms as the Prime Minister of India that witnessed some of the key legislation and projects.

While Manmohan Singh was always mocked for speaking very little, he was always ready to take criticism, address press conferences and take questions. His words were few but spoke volumes of his vision and personal integrity. Here are 8 Manmohan Singh quotes you should read about.

1. “History will be kinder to me than the media.” – Manmohan Singh

This quote by Manmohan Singh is a reminder of the bad press he received during his second tenure due to several corruption scandals. However, like Dr. Singh once said Caesar’s wife must always be above suspicion. 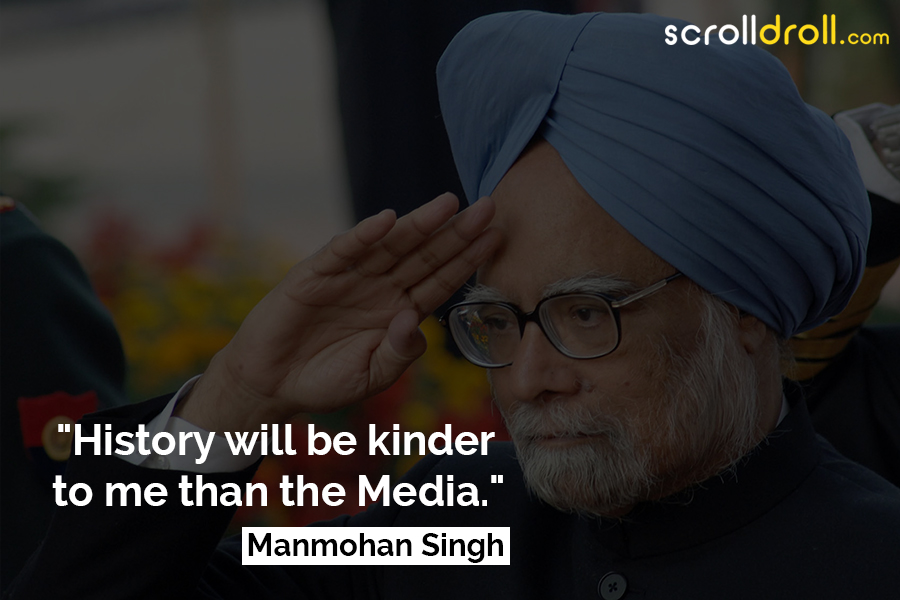 (Translation: My silence is better than a thousand answers as it upholds the honour of innumerable questions)

Dr. Singh saying that it had been his general practice not to respond to motivated personal criticism. 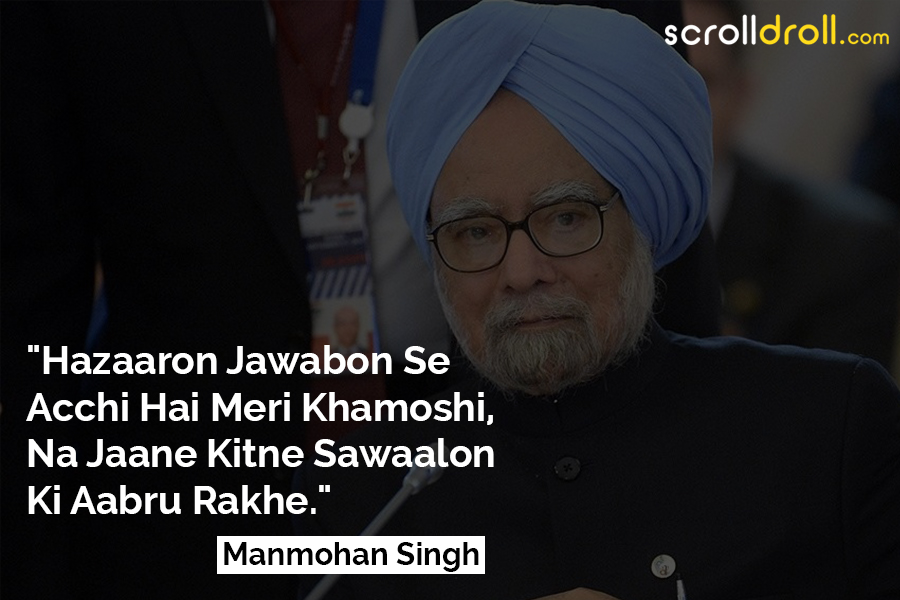 3. “My Successor a Better Salesman than me.” – Manmohan Singh

Manmohan Singh on the high media coverage yet insignificant achievements by the Modi government. 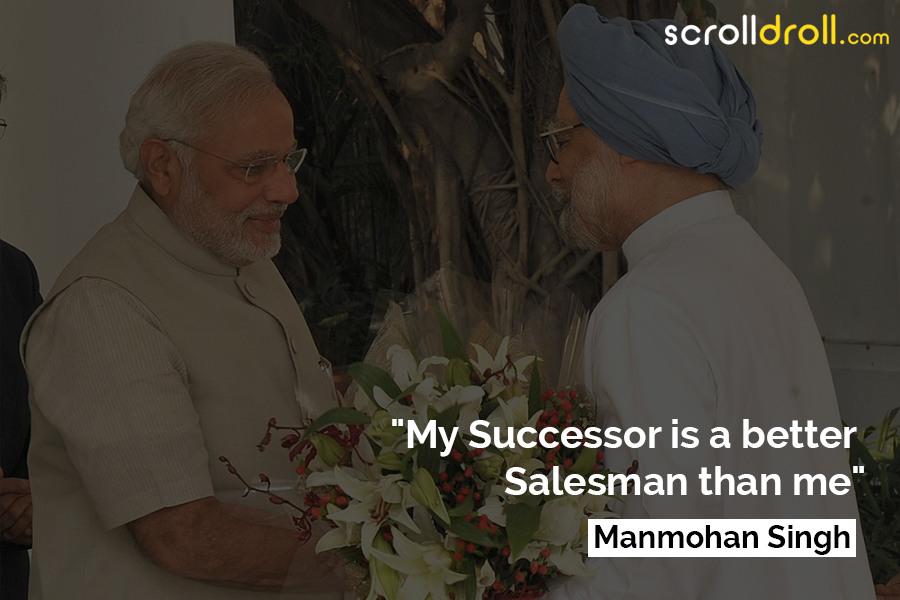 4. “I would be the first person to admit that we could have done more.” – Manmohan Singh 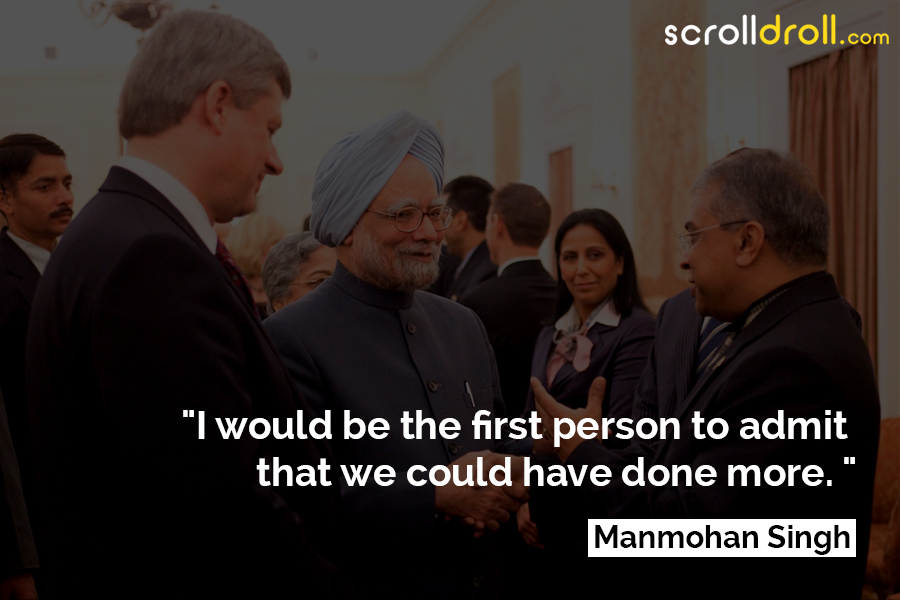 5. “Have you heard of any country where MPs shout and walk to the well of the House and say ‘Prime Minister chor hai!” – Manmohan Singh

Looking back the political analysts and media pundits would agree that the behavior of several sections towards Dr. Singh was disgraceful! 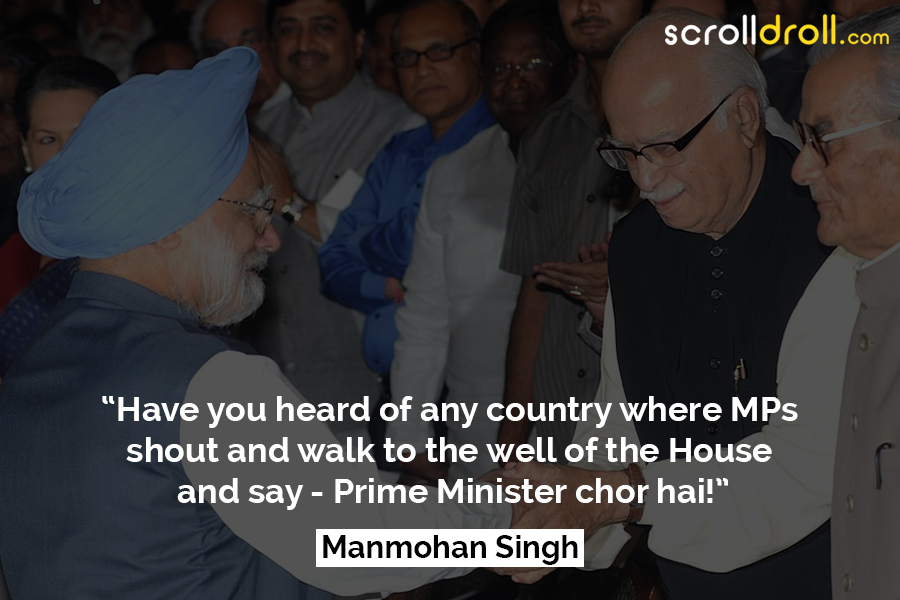 6. “Those who say demonetization is good in the long run should recall the quote: In the long run, we are all dead.” – Manmohan Singh

Manmohan Singh commenting on Demonetization by the Modi government. And it did prove to be true, didn’t it? 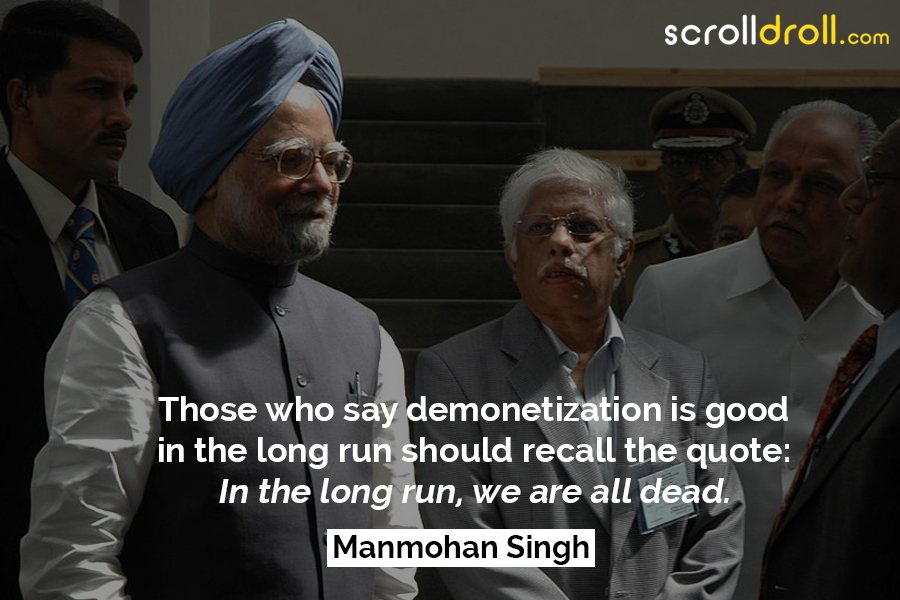 A quote for life by Dr. Singh. 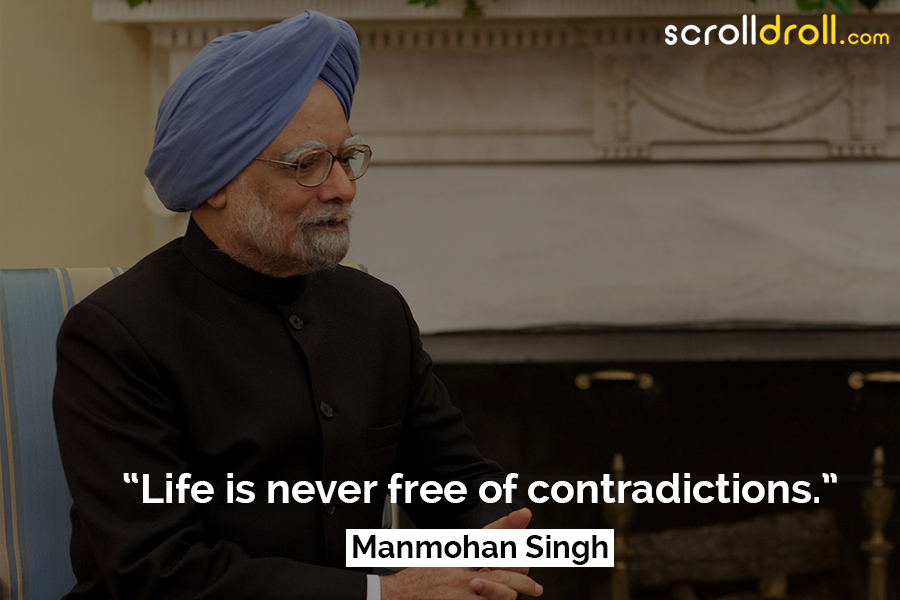 This Mamohan Singh quote outlines the real reason of poverty in India. 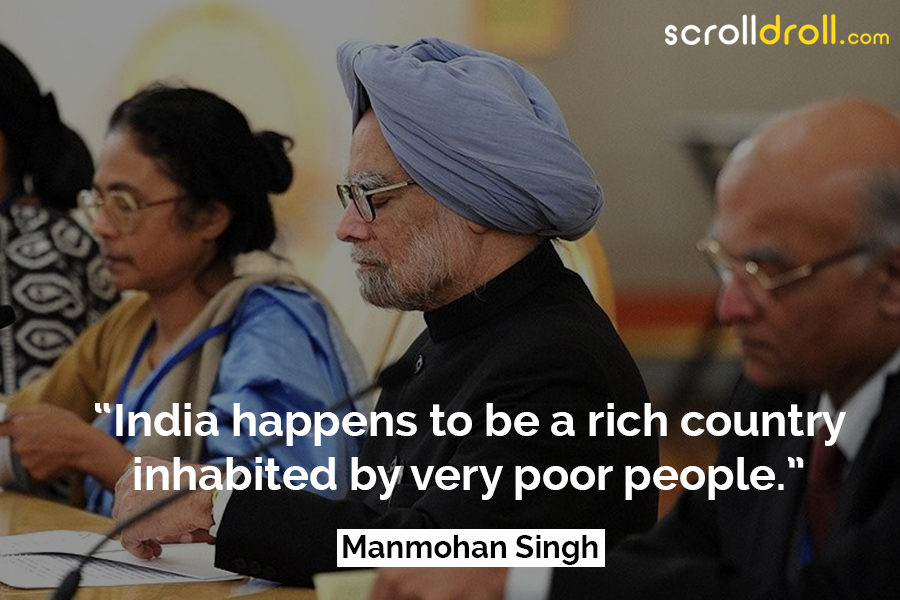 Manmohan Singh will always be remembered for his programs and schemes that included the RTI Act, Rural Employment Guarantee scheme, Rural Health Mission and Unique Identification Authority. His quotes are a reminder of the elegance and grace he brought to a dirty world of politics.

Have we missed your favorite Manmohan Singh quote? Do let us know in the comments below.

18 Interesting Facts About Indian Movies You Should Know