The Story And Meaning Of The SBI Logo That Goes Back To 200 Years!

The State Bank of India is easily the most trusted brand when it comes to banking for the average Indian customer. SBI has been long associated with security and safety, and is favoured by Indians over other brands. More than most other brands, SBI offers a stability and surity to keep its customer’s wealth safe. SBI’s logo has come to be synonymous with trust, and can be instantly recognized by most Indians. However, there is a long history behind it. With that, we bring to you the story and meaning of the SBI logo that goes back to hundreds of years.

Also read: 7 Interesting Facts About The Rupee Symbol You Should Know About

Now, let’s read about the meaning of the SBI logo: 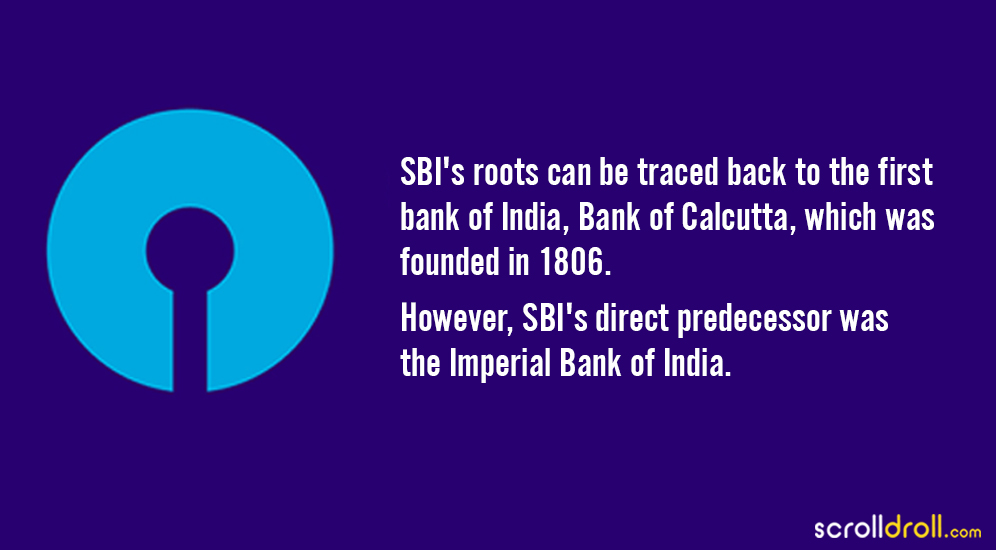 Once the Imperial Bank of India was turned into the State Bank of India, it received a new logo, one much different than the one we’re used to seeing. The logo involved a Banyan Tree with its branches growing out and its roots deep into the ground. The branches signified, of course, the different branches of SBI all across India. The deep roots signified stability and success. 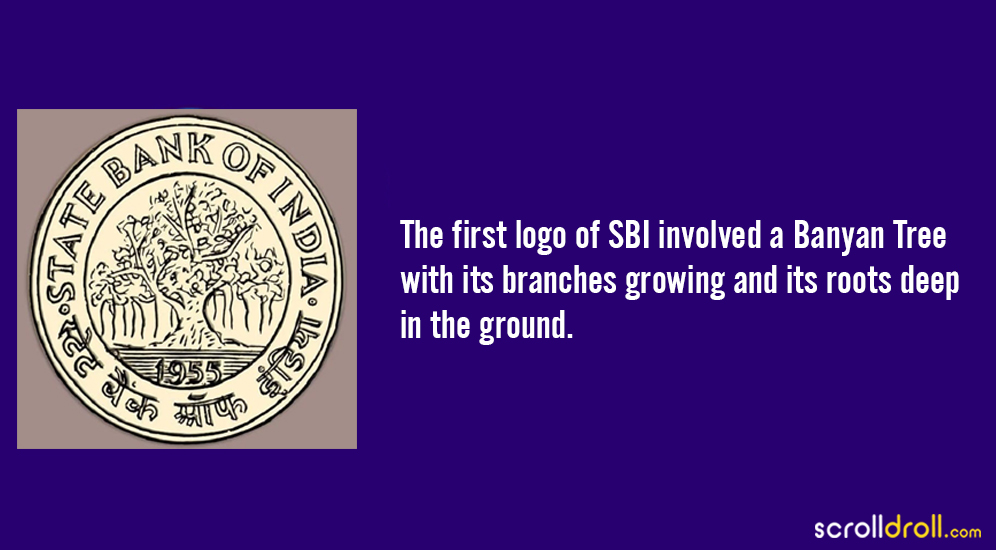 However, this logo was soon changed as people disliked the choice of the Banyan tree in the logo, as a Banyan tree doesn’t let any other tree grow near it.

With that, SBI decided to change its logo once again, and received the one we’re used to looking at everywhere, from billboards to our own passbooks. This new SBI logo was designed in 1971 by Shekhar Kamat, an alumni from the National Institute of Design in Ahmedabad. 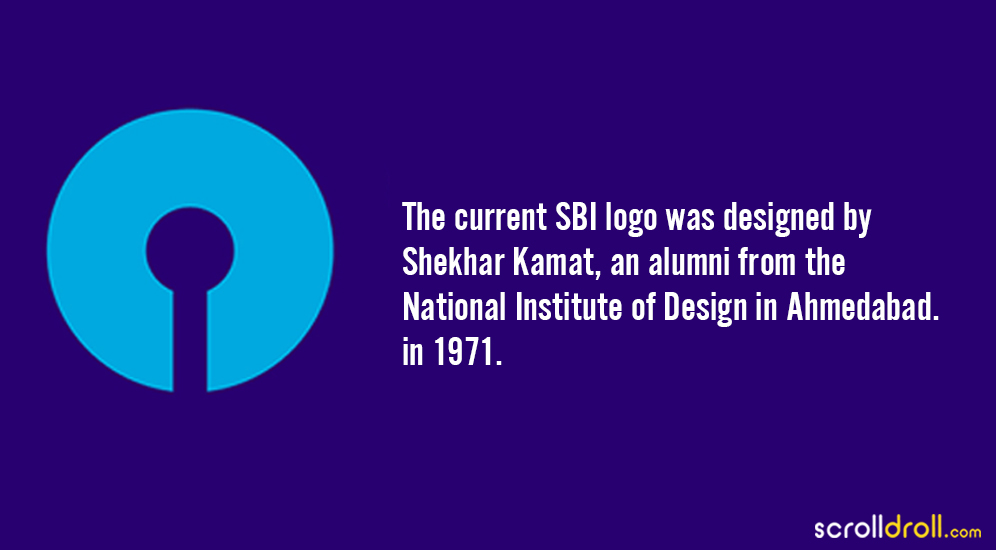 This new logo was much more simplistic, unlike the ornate and detailed one before it. It simply consisted of one large sky-blue circle, with a smaller circle in the center, and a cut running from the smaller circle to the bottom of the bigger circle. 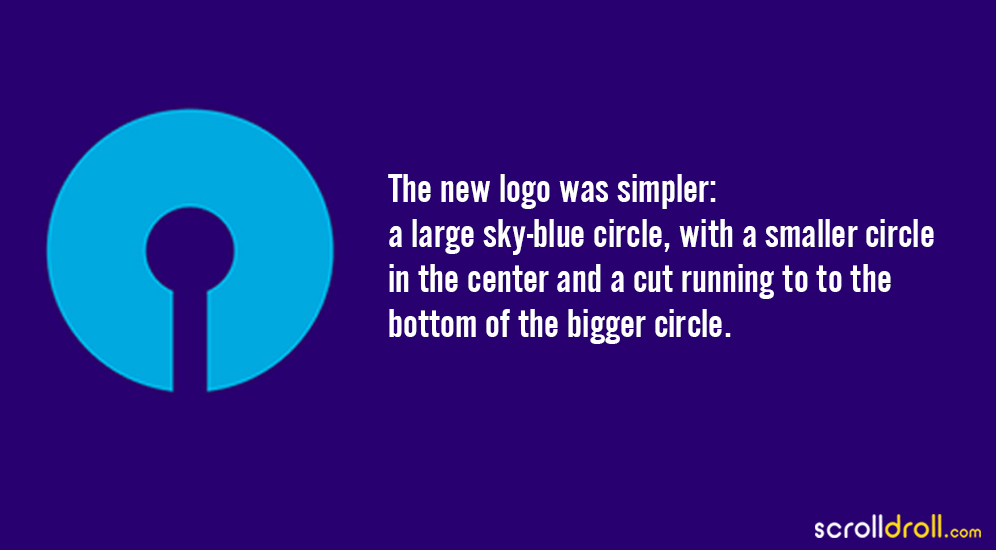 The new logo was made this simple intentionally – with new branches of SBI popping up all over the country, and without the technology we enjoy today, a more detailed logo would have been a nightmare for artists to paint. 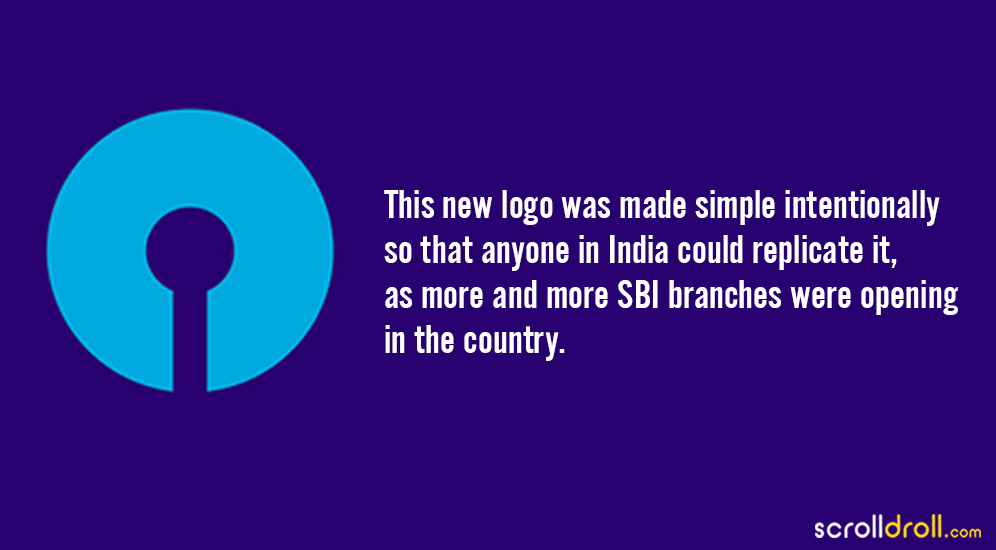 Other than being a practical choice, the logo also has a meaning of its own. Of course, the first interpretation is that the circle and the cut beneath it imply a key-hole. With millions of people trusting the SBI brand to keep their money safe, the key-hole signifies the sense of security customers associate with SBI. 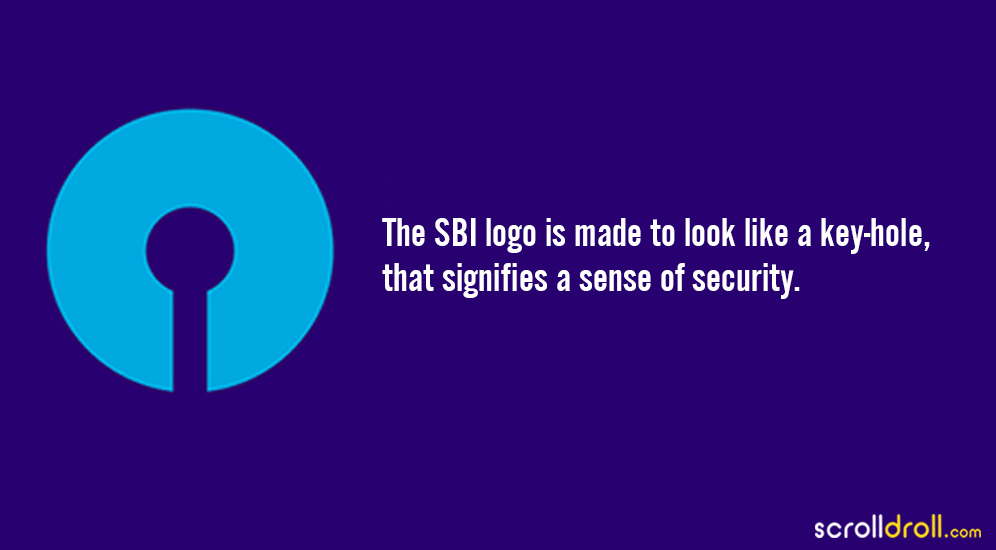 The big circle could also signify the unity of all the SBI branches in India, with the small circle and line denoting a single man inside it to signify the customer, who’s always at center. Another interpretation could be that the circle signifies the SBI branch, and the line beneath it signifies all the lanes, streets, and roads that lead to different branches across the country. 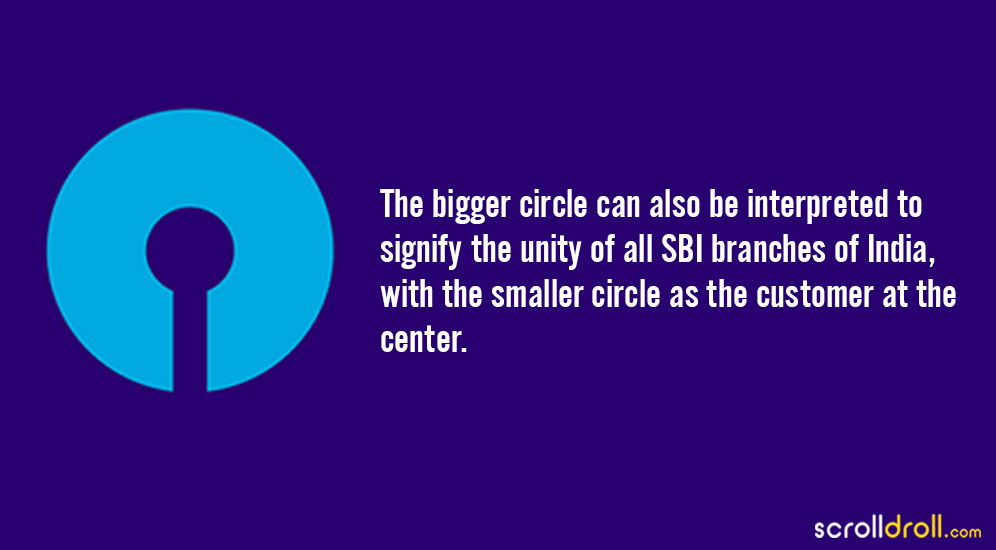 Another popular notion that a lot of people seem to believe in is that the logo has been somewhat inspired by the Kankaria lake in Ahmedabad. However, Kamat has claimed that he had not seen the lake before designing the logo. The similarity, however, does catch the eye.

Instead, Kamat has admitted to being inspired by the bank tokens that were in use in those days. These tokens were circular, with a smaller circle punched out in the middle, so a rod could be inserted through them to make it easier for them to be arranged on top of each other. 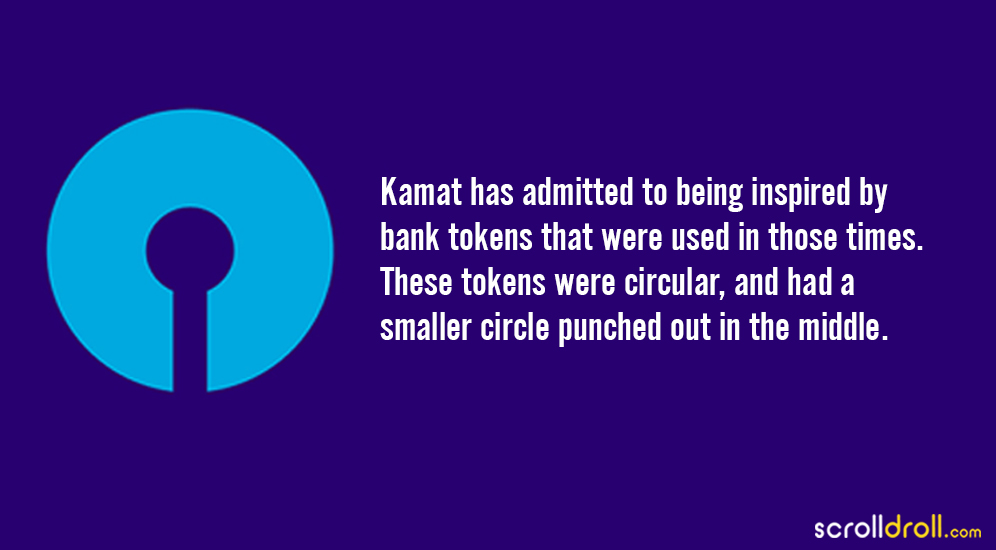 So that was the story and meaning of the SBI logo. Did you enjoy learning about it? Comment below to let us know!