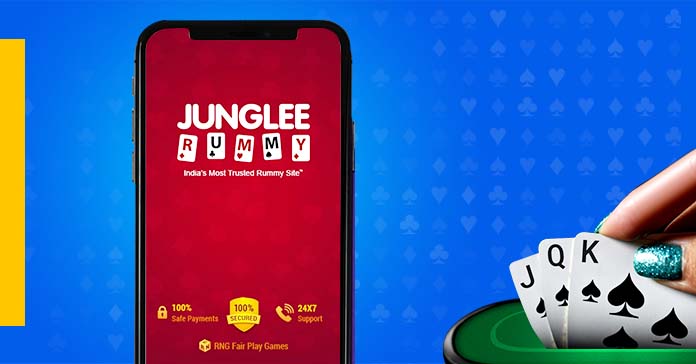 There has been a massive uprise in the number of online gaming platforms in recent years. Among the variety of games available on the internet, online rummy seems to be the one to look out for. Platforms like Junglee Rummy have capitalized on the rapidly rising popularity of the game. We have seen a lot of such brands converting traditional Indian games like rummy into their respective online versions, garnering the attention of people across all spectrums.

An added advantage to playing the real-time game of rummy online with people from across the country is that it adds to the rush, excitement and the overall entertainment of the game. The chance of winning a cash prize is a cherry on top!

Card games have always been a very fun and nostalgic aspect of most Indians’ lives. In the digital age, having access to such games on your phone at the touch of a finger has made staying entertained a lot easier for everyone. While most Indians know how to play rummy since it has been a part of our culture, a lot of them are now getting accustomed to playing the card game online.

Online gaming platforms like Junglee Rummy give players an opportunity to win exciting cash prizes. So it’s a win-win since you can now win money while having the best time. A game like rummy that involves a lot of strategic thinking and planning is interesting, entertaining and exciting. The real-time gaming aspect also helps players make connections across the country.

The main aim of such online gaming platforms is to bring people together, act as a medium for entertainment and give players the added benefit of winning cash prizes for a successful game. Those who are well-versed with the rules of the game know the process and play it for the fun experience it provides. On an average, rummy games do last for a longer period of time when compared to the other basic card games. If you take time into consideration, it is the perfect amount for one to play just a couple rounds at a time.

By partnering up with secure payment gateways, Junglee Rummy has won the trust of millions of people. There are no bots on the platform but only real players. The localized payment gateway options also ensure that a larger group of people have access to it, leading to a larger group of people signing up. Features such as the quick withdrawal process and 24×7 customer support instill trust in the minds of the players.

Gone are the days when playing card games called for a physical card deck and for people to gather in person. The digital age is here and so are digital games. By moving to online gaming platforms to play cards, the horizons of vast opportunities open. The online version has broadened the scope by increasing the limit of the number of games players can play and the number of people they can interact with.

Due to the technical and calculative nature of the game, it appeals to people from every nook and corner of the country. These online games, though initially popularized by the younger generation, are also winning the hearts of the relatively older audience, bringing the whole Indian cultural appeal on a digital platform.

There’s more to these games than just entertainment. It is a very important part of the game but the sense of analytical thinking and playing a game with someone on the other side of the world brings a certain amount of charm and hype for it.

Junglee Rummy ensures that all players get a chance to win money while having fun on the platform. A classic game massively popularized in the online space by this platform, rummy has now been a part of almost every household in the country, enabling a large population of people to not only interact with each other through the platform but also ensure that people have something to look forward to when they play the game. The gaming industry is growing bigger by the day its future prospects seem extremely bright.

Which Caribbean Premier League Team To Bet On?