We have been taught since we were kids to respect our soldiers and their sacrifice for our motherland and our safety – and why not, our soldiers guarding us at the border do deserve the adulation they receive. However, there are others too, who deserve our respect. Of late, reports of animal torture and mistreatment have become rife. Humans, like the selfish race that we are, continue to exploit animals for selfish reasons. Animals, on the other hand, continue to serve us in the time of need and help us with all they have. Pedongi too was one such animal – a mule or a “Kachhar” who served the Indian army for 32 years!

Poster: In the armed forces, names are only given to horses – but Pedongi was a special mule.

Pedongi was a mule that served the army for the longest time for a mule – a whopping 32 years. In comparison, most mules serve the army anywhere between 18-20 years. Pedongi holds a Guinness world record for this feat. 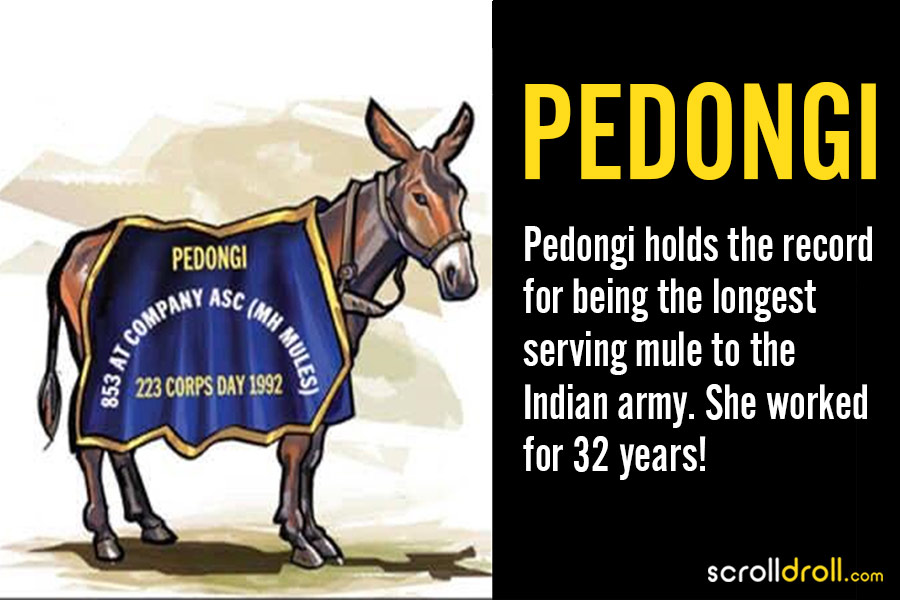 Pedongi was a bay mare of Spanish breed, and before she earned her name, she was known as Hoof number 15328. She joined the army in 1962 and her job was, like other mules, to transport ammunition and other items used by the army to various units. She also helped transport casualties and injured soldiers to military hospitals. 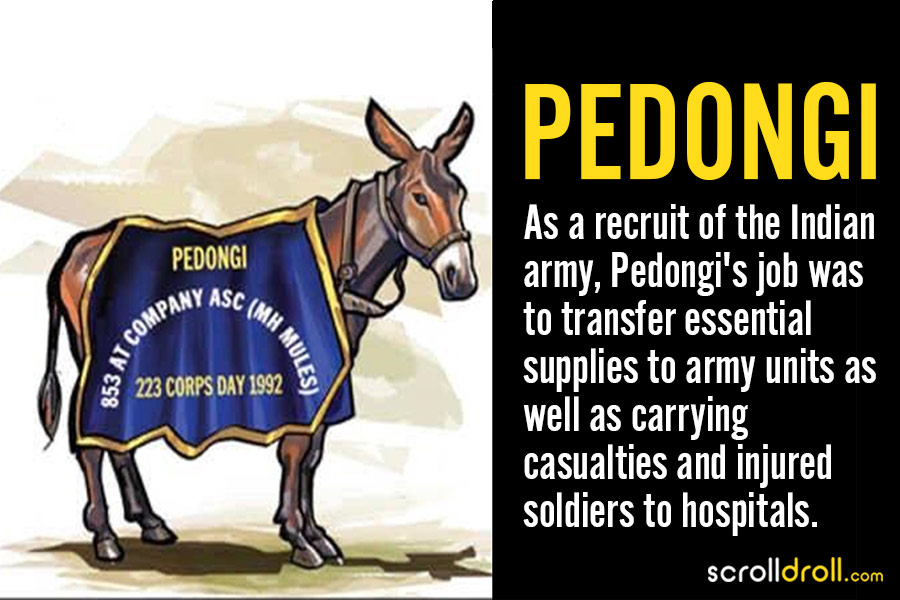 For army stationed in high rise areas, mules were of utmost importance in providing much needed supplies to isolated units of the army. Especially during the winter, the snow would make it impossible for vehicles to get around anywhere. During this time, mules like Pedongi will bring supplies to soldiers staying at outposts. 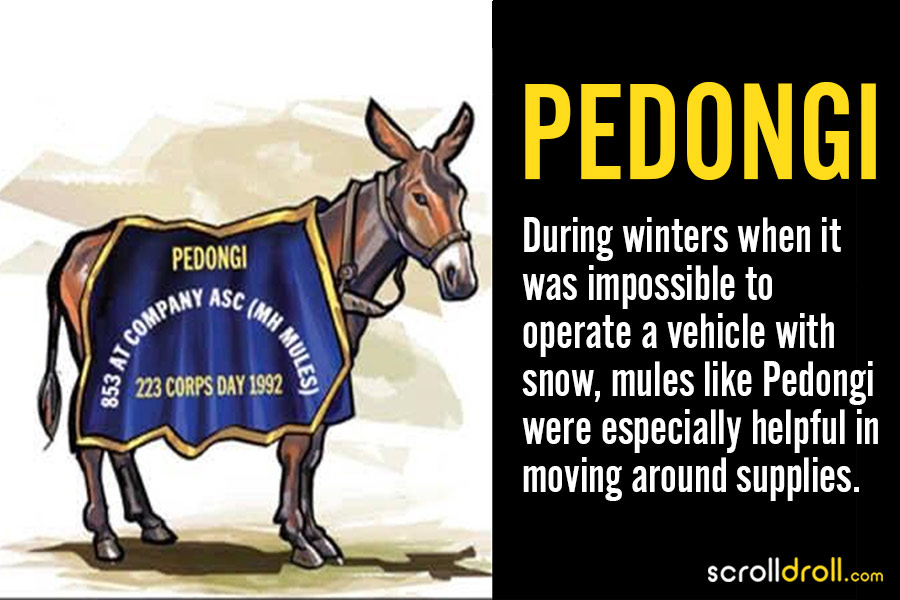 The service of Pedongi cannot be discounted just on the account of her being an animal. Like other soldiers, animals like Pedongi too had to brave the complexities of living in a militarized terrain. They too had to brave bullets and aerial attacks during battles.

The story goes that Pedongi, along with an entire animal column, was captured by the enemy troops during the Indo-Pak war of ’71. It was only after a fortnight that Pedongi managed to come back to the Indian army. However, she didn’t come alone. 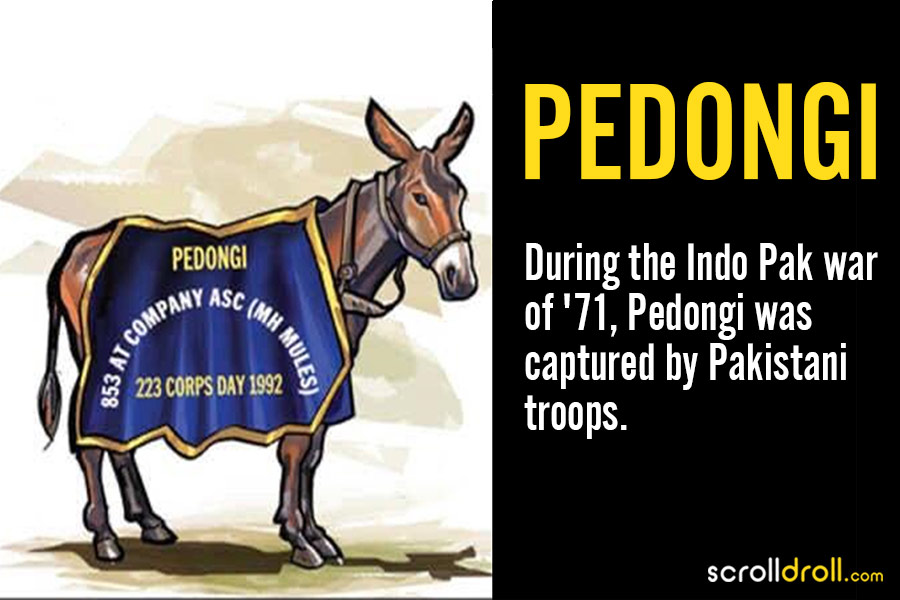 Soldiers were in for a surprise when Pedongi returned not alone but with boxes upon her back that contained Pakistani ammunition. Because of her long journey, Pedongi was justifiably wiped after reaching the Indian outpost. When the soldiers reported the incident to senior officials, they suggested a citation of bravery for Pedongi. 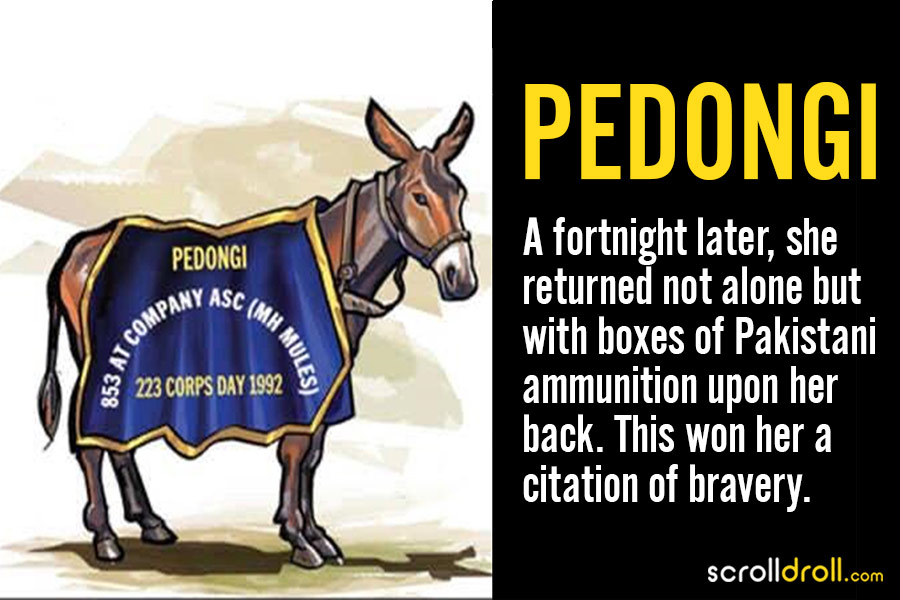 In 1987, at the age of 29, Pedongi was stationed at 853 AT Company ASC when she was noticed by Commanding officer Major Chunni Lal Sharma. He was impressed by the fact that Pedongi had been serving the army for such a long time, and he formally appointed her as the mascot of 53 AT Company ASC. 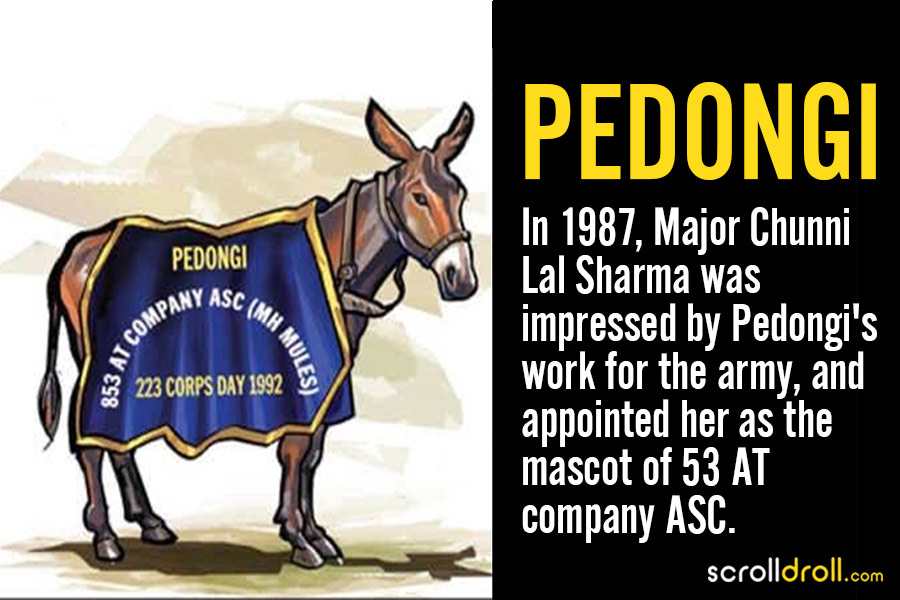 In 1992, Pedongi was presented with a bravery citation and a blue velvet rug at the 223 Corps Day function in Delhi. It was here that she was formally given the name Pedongi, (named after the town of Pedong in West Bengal which is a battle spot.) 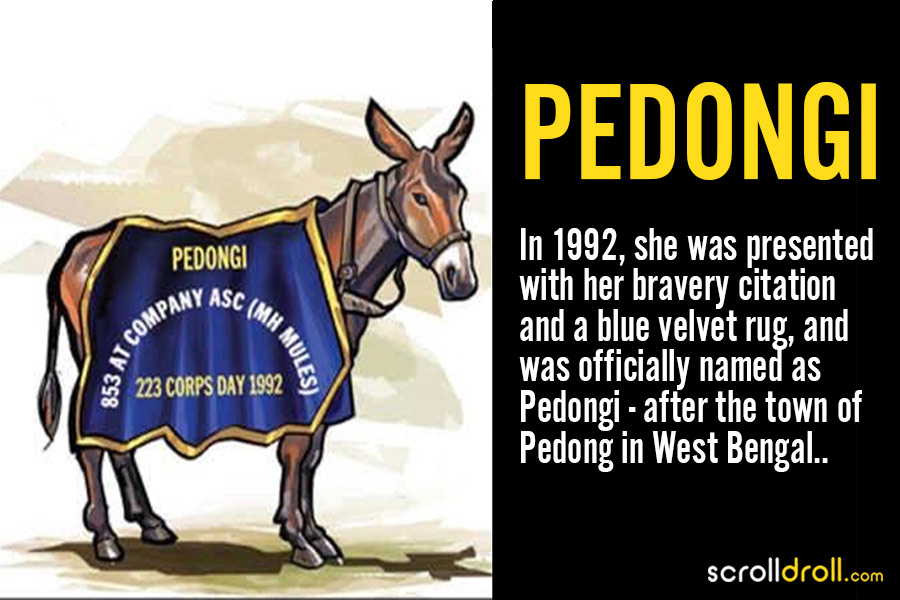 In her last years, Pedongi was moved to Bareilly where she spent much of her time grazing the fields while the soldiers posted there would shower her with affection. In 2017, a new lounge at the officer’s mess at the Central Army Service Corps in Delhi cantonment was named in Pedongi’s honour. It was named “Pedongi Lounge.” 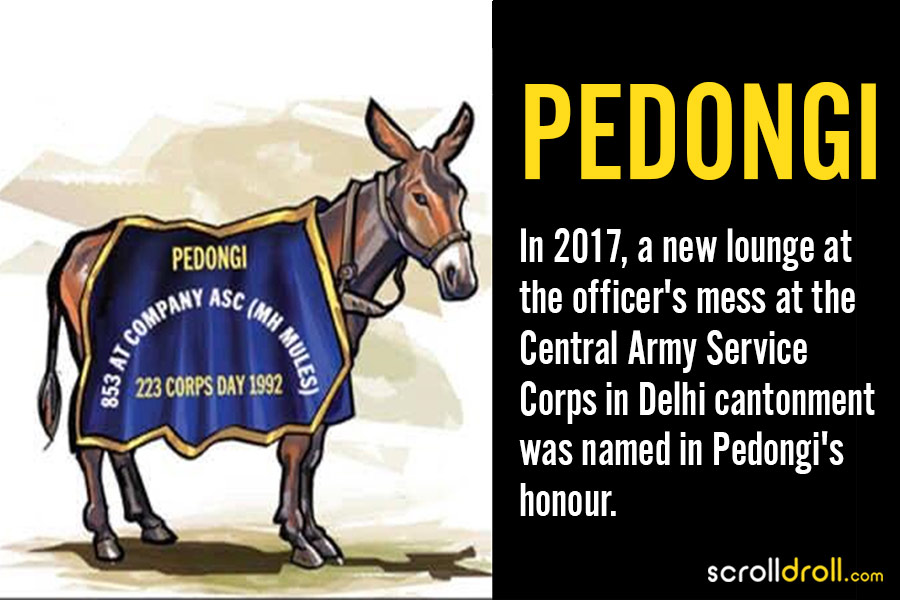 It’s high time we learn to respect the animals around us. They have proven to be our loyal friends for ages now, it’s time we return that favour!