Chinese dramas have always been superior in terms of plot and entertainment over the last few years, delving into several topics that are fun and keep us hooked. Although there are restrictions to different subjects being portrayed on screen, intelligent directors and writers have coded interesting and often taboo themes into otherwise simple looking shows. Here is our list of the best of the content that has been winning hearts left and right. Read on to find out about our list of the best Chinese dramas you should know about :

Yang Mi and Mark Chao are the main characters of the 2017 Chinese television series Eternal Love, which is also referred to as Three Lives, Three Worlds, and Ten Miles of Peach Blossoms. It is based on Tang Qi Gong Zi’s 2015 xianxia novel of the same name. From 30 January to 1 March 2017, the series was shown on Zhejiang TV and Dragon TV. The series became the most watched television show in the world on August 1 after receiving 50 billion views, and is almost always counted as one of the best Chinese dramas of all time. 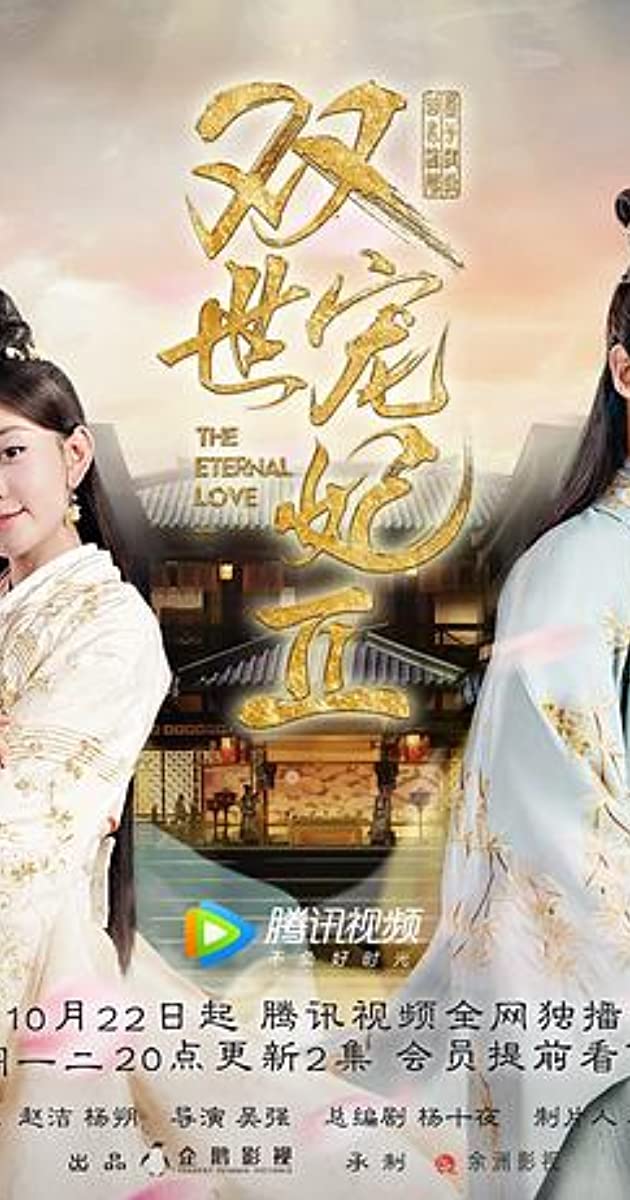 Xiao Zhan and Wang Yibo star in the 2019 Chinese television series The Untamed, which is based on the danmei novel Mo Dao Zu Shi by Mo Xiang Tong Xiu. It follows the travels of two soulmate growers as they attempt to unravel a string of mysteries connected to a terrible previous incident. Both domestically and abroad, The Untamed was a critical and business triumph, with reviewers applauding its compelling story, complex cast of characters, and lavish wardrobe and cosmetics. Due to China’s restriction on LGBT portrayals in films, the adaptation was edited with homoerotic subtexts although the original web novel had an explicit relationship between the two main male characters. It became one of the dramas with the biggest revenue in 2019. It has become a classic in this little span of time and is often referred to as one of the best Chinese dramas in recent years. 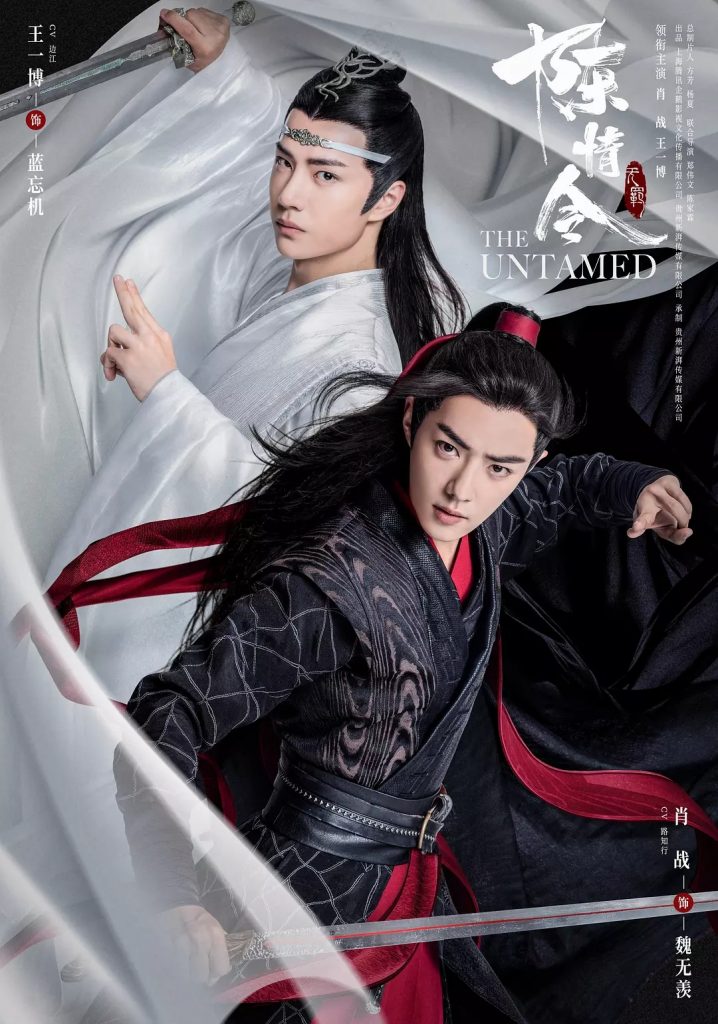 3. Put Your Head On My Shoulder

Starring Xing Fei, Lin Yi, and Tang Xiaotian is the Chinese television series Put Your Head on My Shoulder. The drama, which had a six-episode head start for VIP members, was broadcast on Tencent Video from April 10 until May 16, 2019, and it is based on the same-titled novel by Zhao Qianqian. In 2021, the same name was given to a Thai remake of the series starring Thitipoom Tachaapaikun (New) and Nilawan Iamchuasawad (Kaimuk). 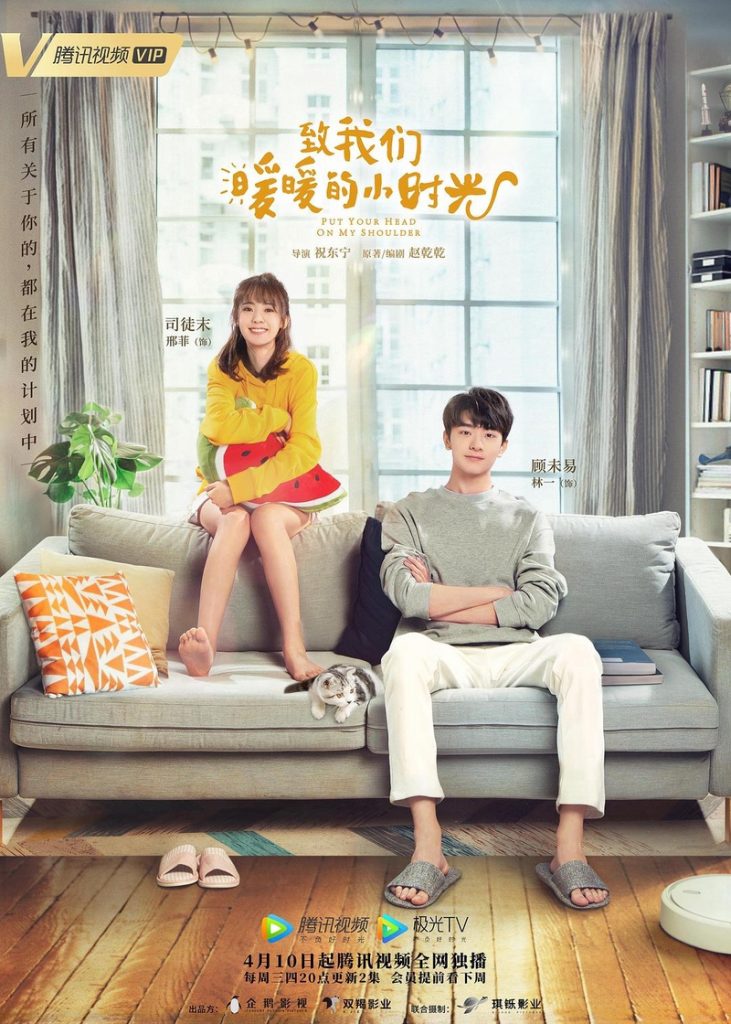 Based on Gu Man’s novel of the same name, Love O2O is a 2016 Chinese television series starring Zheng Shuang and Yang Yang. From August 22 to September 6, 2016, it aired on Dragon TV and Jiangsu TV, respectively. The romance between Xiao Nai and Bei Weiwei is depicted in this tale. In China, it is a commercial success. It has received more than 25.2 billion internet views, making it one of the most popular Chinese modern dramas. 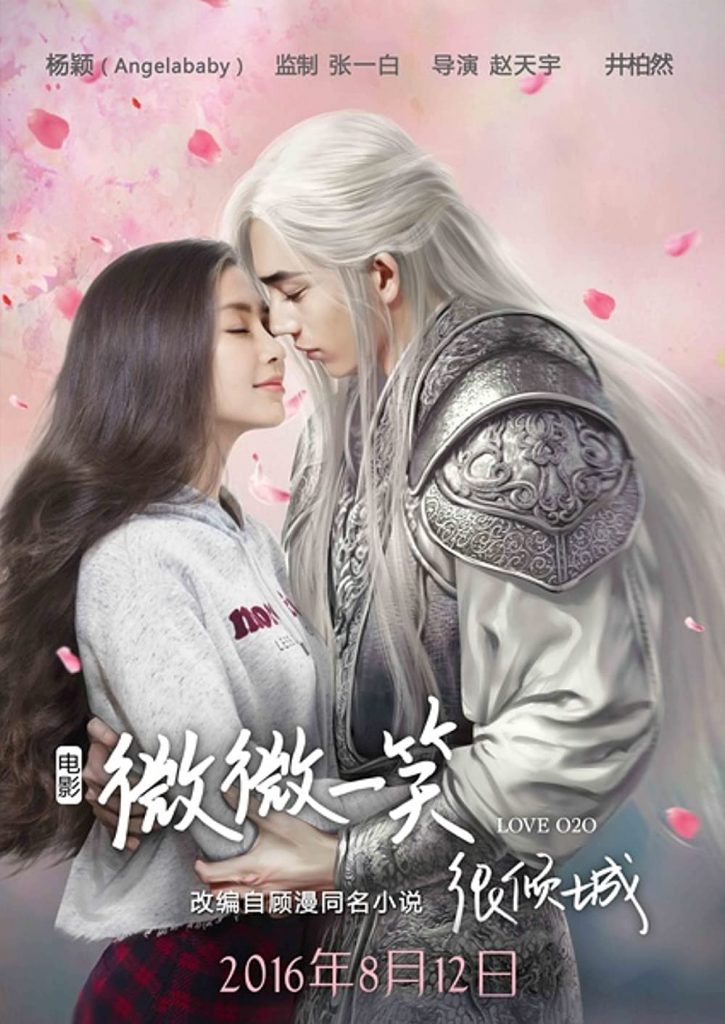 The 2015 Chinese historical drama Nirvana in Fire is based on the book Lang Ya Bang by Hai Yan. Hu Ge, Liu Tao, and Wang Kai play Mei Changsu, Princess Nihuang, and Prince Jing, respectively. Kong Sheng and Li Xue directed it. In the series, Lin Shu enters Liang’s capital city under the guise of Mei Changsu to seek retribution for a plot that had branded his family as traitors 12 years earlier. The drama was both a commercial and critical hit, earning over 100 million streaming views by the second day and over 3.3 billion views on iQiyi by the end of the series. With 3.55 billion postings on Sina Weibo praising its characters and plot, Nirvana in Fire was hailed as a social media phenomenon. According to VLinkage, it has received 13 billion views overall as of December 2016, and easily counts as one of the best Chinese dramas out there. 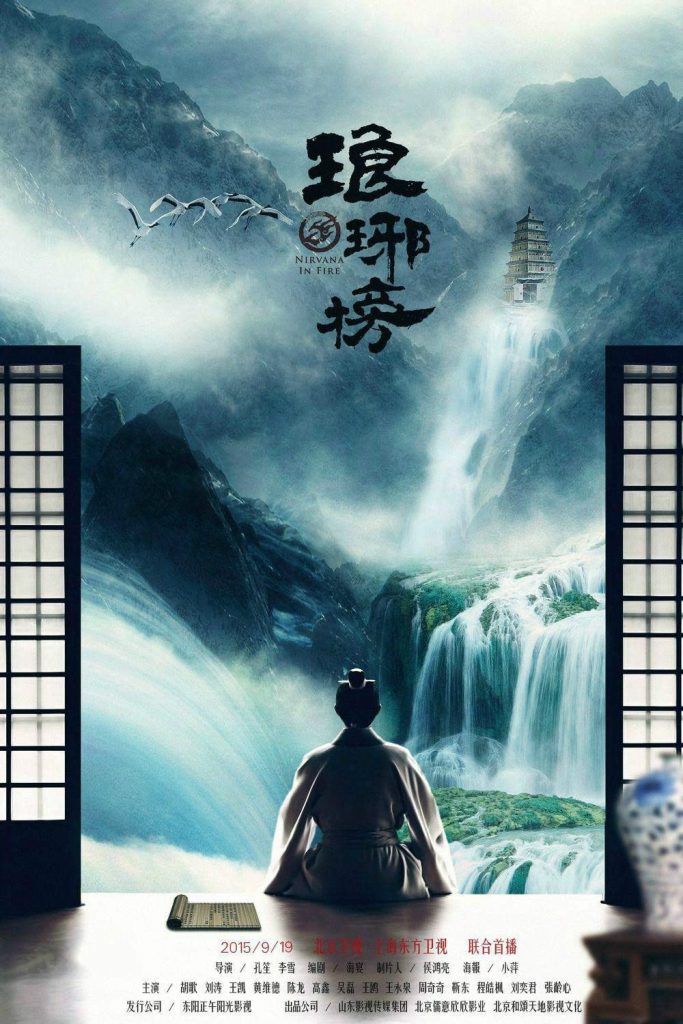 Li Qingrong and Xiang Xujing are the creators of the Chinese e-sport romance comedy television series Go Go Squid! Yang Zi and Li Xian starred in the series when it debuted in 2019. It was an adaption of the book “Honey Stewed Squid” by Mo Bao Fei Bao. In the show, Han Shangyan, a cybersecurity expert, and Tong Nian, a gifted computer science major and well-known internet singer, fall in love, support one another, and participate in international cybersecurity competitions. According to data from the Yien Broadcasting Index TV series ranking, Go Go Squid! was the greatest domestic Chinese TV series in 2019. The series was the most streamed series of the year. 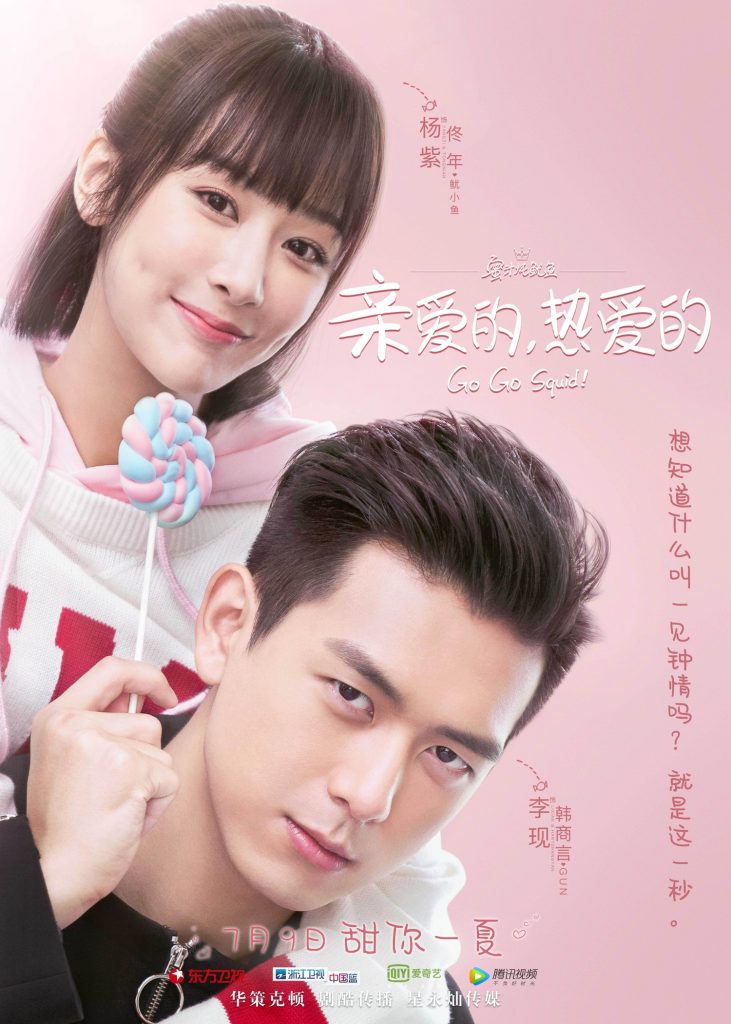 I Don’t Like This World, I Only Like You was the inspiration for the 2019 Chinese streaming television series Le Coup de Foudre (Love at First Sight). Within 13 hours of its debut, the television series had received 100 million views. It received appreciation for its charming plot and positive message about young. Zhao Qiaoyi and Yan Mo pledged that after graduation, they would study overseas together. However, Zhao Qiaoyi and Yan Mo betrayed their word due to a family incident. They re-connect at their high school reunion four years later. 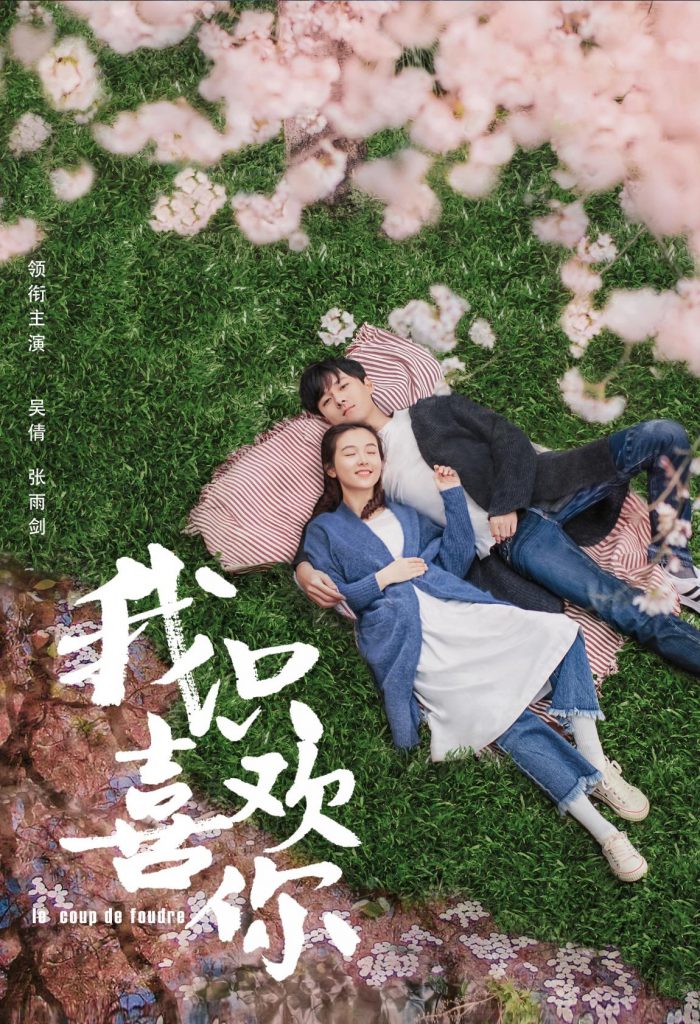 A 2020 Chinese television drama series called Go Ahead centres on three youngsters who are not connected by blood but have adopted one another as their own family. On August 10, 2020, Hunan TV broadcast its debut. The friendly familial aspect of the show contributed to its popularity with viewers. On October 8, 2020, it was broadcast with multilingual subtitles on iQIYI. On August 12, 2020, it premiered on FPT Play in Vietnam, and on November 11, 2020, Huace TV Vietnam uploaded it to YouTube. The show’s airing rights were also acquired by Netflix. 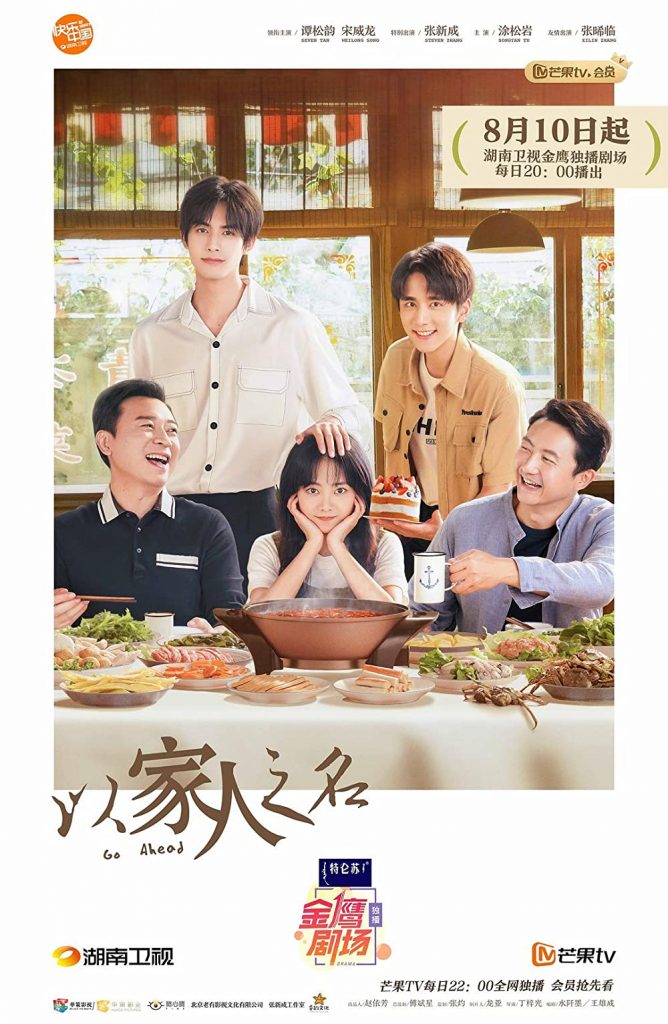 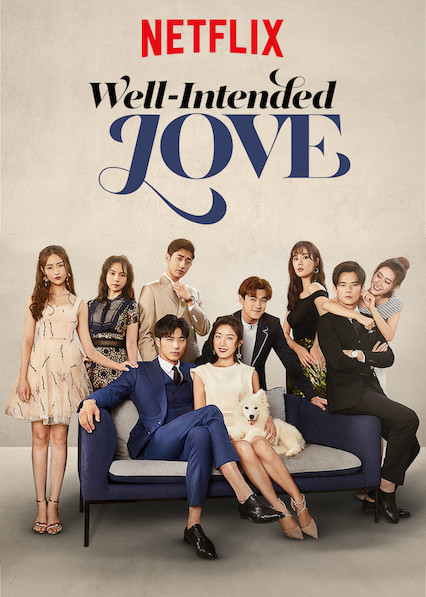 Yang Yang and Dilraba Dilmurat are the main characters of the 2021 Chinese television series You Are My Glory. It is mostly based on the Gu Man novel of the same name, which chronicles the tale of the popular actress Qiao Jingjing and her unexpected reunion with Yu Tu in the mobile game Honor of Kings. Beginning in July 26, 2021, it was broadcast on Tencent Video and WeTV till August 30, 2021. The series has received 4 billion views as of August 20, 2021. The lead pairing, their chemistry, and  the amazing storyline make this show to be one of the best Chinese dramas. 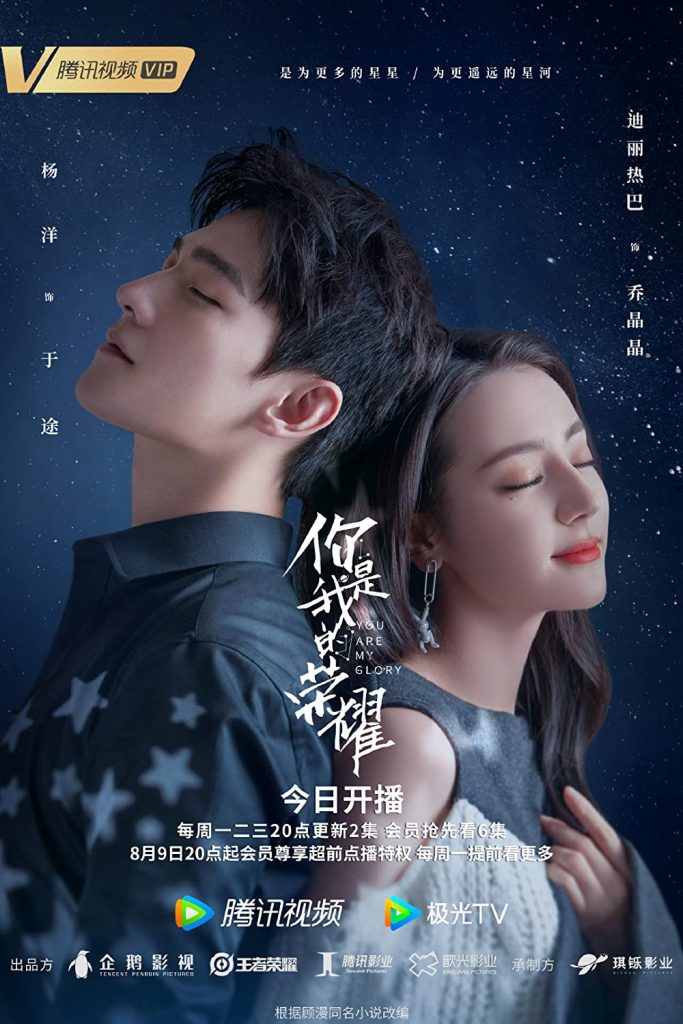 We hope these dramas keep you thoroughly entertained and/or remind you of certain favorites you might have missed out on for a while. They are all smartly written with beautiful and amazingly skilled actors, all incentives for you to check them all out.