Allu Arjun is currently one of the top heroes and superstars of South Indian cinema loved by fans across the country. He is one of the highest-paid actors in the South Indian film industry, also known as ‘ Stylish Star’. Allu Arjun is a megastar in his own right, and most of his movies are certified classics. The stylish superstar has delivered some of the biggest blockbusters which are watched by fans all over the country in the Hindi dubbed version. This is a list of 12 Hindi Dubbed Movies of Allu Arjun that are iconic and should be watched by everyone.

Trivikram Srinivas’ 2015 Telugu-language action drama film S/O Satyamurthy (read as Son of Satyamurthy) was written and directed by Trivikram Srinivas and produced by S. Radha Krishna for Haarika & Haasine Creations. Allu Arjun, Samantha, Upendra, Nithya Menen, Sneha, and Adah Sharma appear in the film, which also features Rajendra Prasad, Sampath Raj, Rao Ramesh, Vennela Kishore, and Ali. Satyamurthy and Kota Rambabu are played by Prakash Raj and Brahmanandam, respectively. The story centres around three characters: one who follows his heart, another who uses his intelligence, and a third who uses his strength. 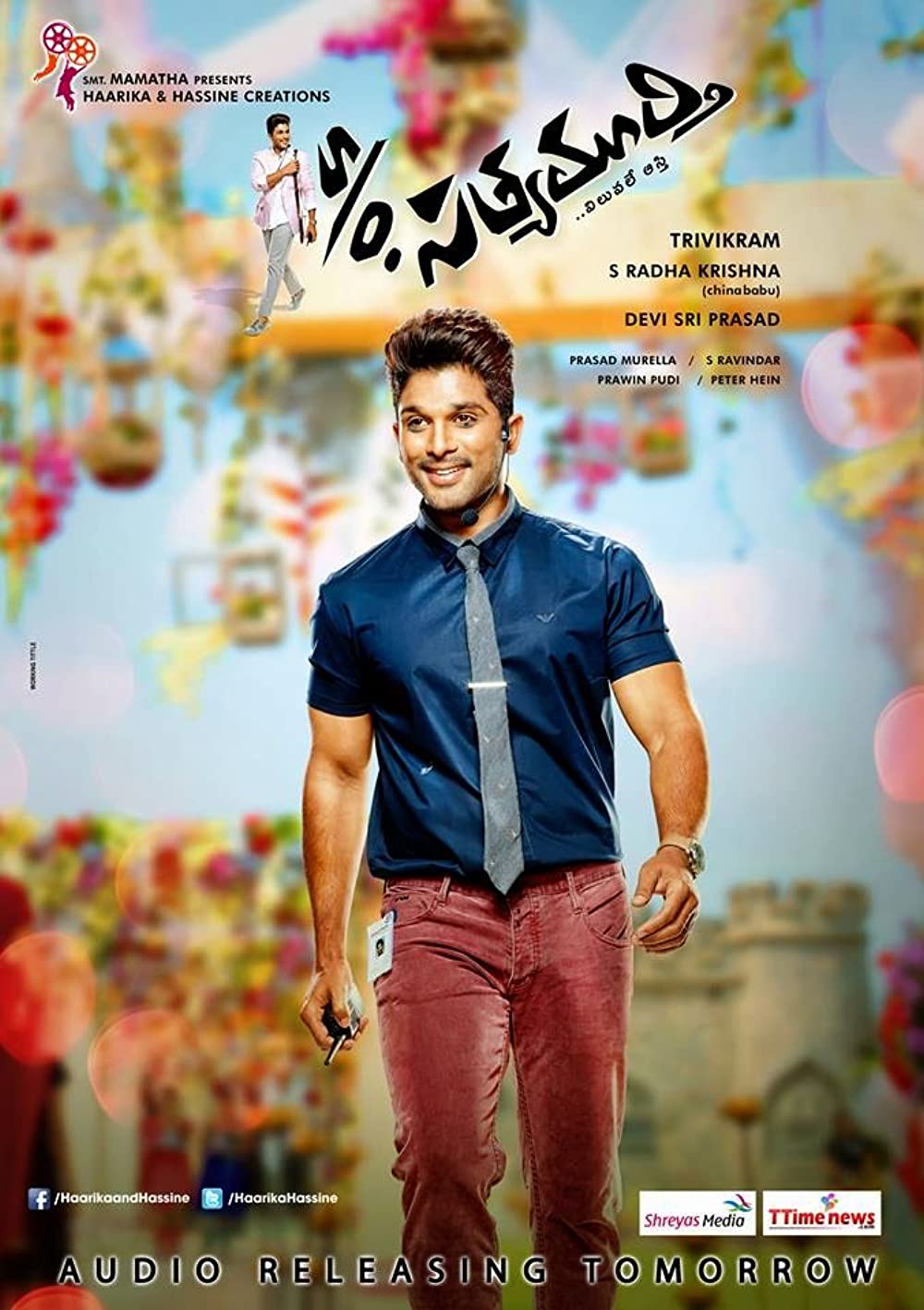 Sarrainodu is a 2016 Indian Telugu action film written and directed by Boyapati Srinu and produced by Geetha Arts’ Allu Aravind. Allu Arjun, Rakul Preet Singh, Catherine Tresa, Srikanth, and Aadhi Pinisetty appear in the film. Supporting actors include Brahmanandam, Sai Kumar, Jayaprakash, Pradeep Rawat, Suman, and Adarsh Balakrishna. At the box office, it was a huge hit, becoming the second highest-grossing Telugu film of 2016. This is certainly one of the best Hindi dubbed movies of Allu Arjun. 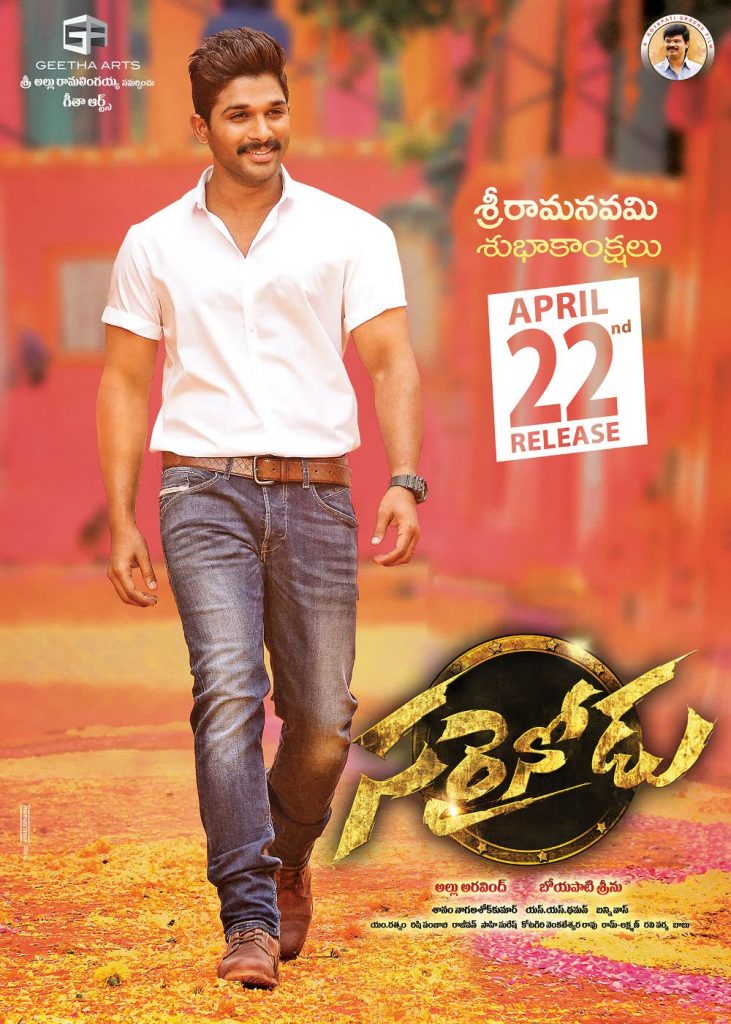 Directed by Surender Reddy, Main Hoon Lucky: The Racer follows two brothers who are diametrically opposed in character and become opponents of a gangster who wants to be a politician. The latter succeeds in his schemes, but the brothers are determined to overthrow him. 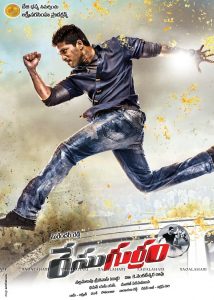 Dum is a Telugu-language romantic comedy film directed by A. Karunakaran and produced by Allu Aravind under his Geetha Arts banner from 2006. Allu Arjun, Genelia D’Souza, and Manoj Bajpayee appear in the film, which also features Deepak Shirke, Brahmanandam, Kishore, and Tanikella Bharani in supporting parts. Yuvan Shankar Raja composed the music for the film. The film is an authentic remake of the Tamil film Azhagiya Theeye, which was released in 2004. The film was written by Karunakaran, with lines by Kona Venkat. 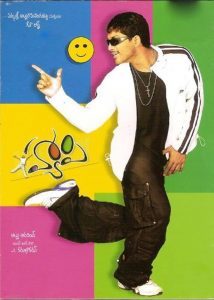 Sukumar directed Arya: Ek Deewana, a 2009 Telugu-language romantic comedy-action film. It is a spiritual sequel to Arya, starring Allu Arjun, Kajal Aggarwal, and Navdeep (2004). The film’s music was composed by Devi Sri Prasad, and the film was produced by Aditya Babu and B. V. S. N. Prasad under the Aditya Arts brand. The plot centres around three individuals, Arya (Arjun), Ajay (Navdeep), and Geetha, who have a complicated love-hate relationship (Aggarwal). On November 27, 2009, the film was released in theatres. 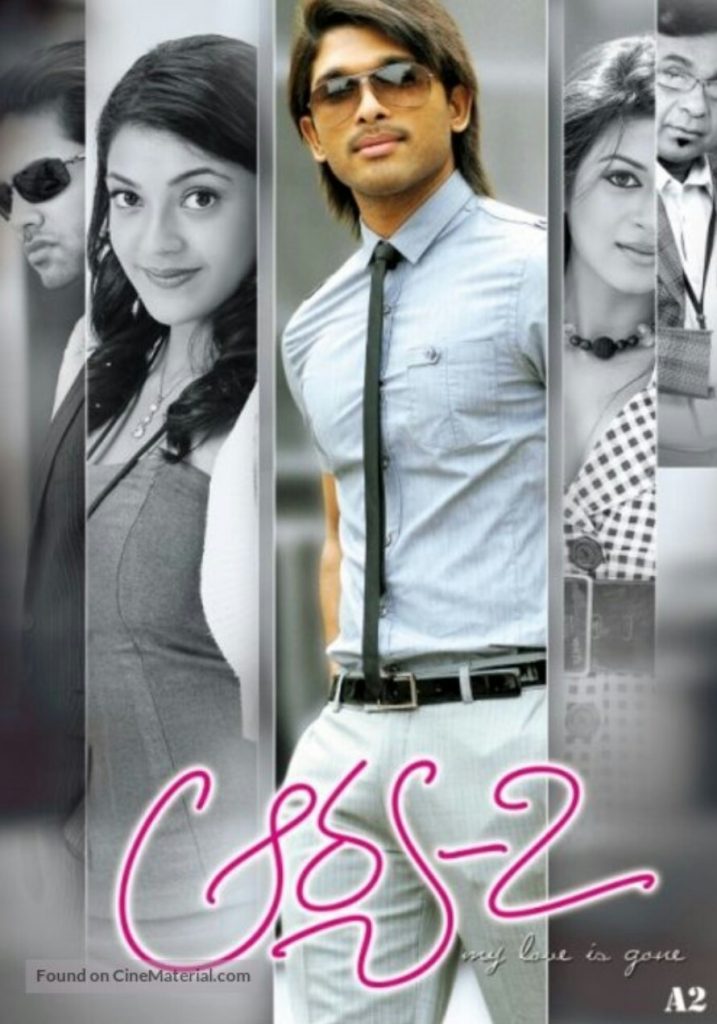 Bunny: The Hero is a 2005 Telugu action film written and directed by V.V. Vinayak, with Chota K. Naidu’s cinematography. M. Satyanarayana Reddy produced the film. Allu Arjun and Gowri Munjal star in this film, which also features Prakash Raj and Mukesh Rishi in supporting parts and Sarath Kumar in a cameo appearance. Devi Sri Prasad created the music, while Gowtham Raju edited the film and Chota K. Naidu shot the cinematography. On April 6, 2005, the film was released. 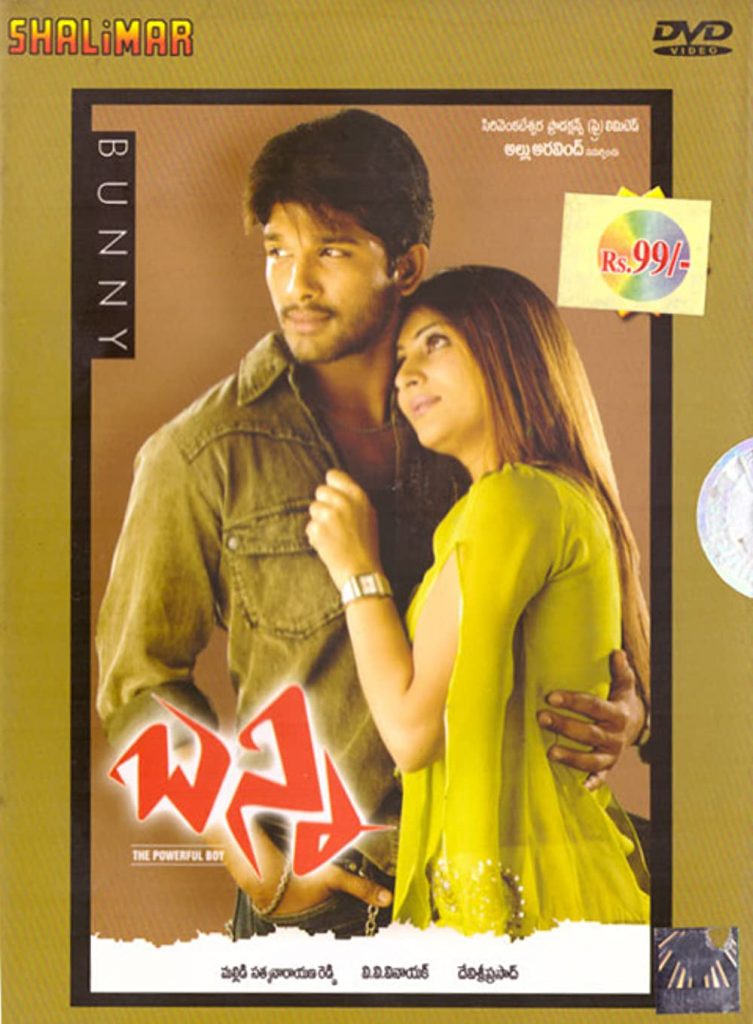 Trivikram Srinivas wrote and directed Dangerous Khiladi, a 2012 Indian Telugu-language action comedy film produced by S. Radha Krishna under the Haarika & Hassine Creations brand. Allu Arjun, Ileana D’Cruz, Sonu Sood, and Rajendra Prasad appear in the film. Devi Sri Prasad composed the soundtrack, and Chota K. Naidu and his brother Shyam K. Naidu handled cinematography and editing, respectively. The film received great reviews and was a commercial success when it was released globally on August 9, 2012. The Nandi Award for Best Popular Feature Film was given to the film. Saagasam was the Tamil remake of the film. This movie has cemented itself as one of the best Hindi dubbed movies of Allu Arjun. 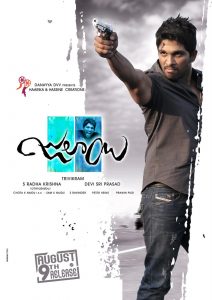 Ek Jwalamukhi is a Telugu-language romantic action film directed by Puri Jagannadh and produced under the Universal Media banner by DVV Danayya in 2007. Allu Arjun and Hansika Motwani appear in the flick. On January 12, 2007, the picture was released in 400 theatres. 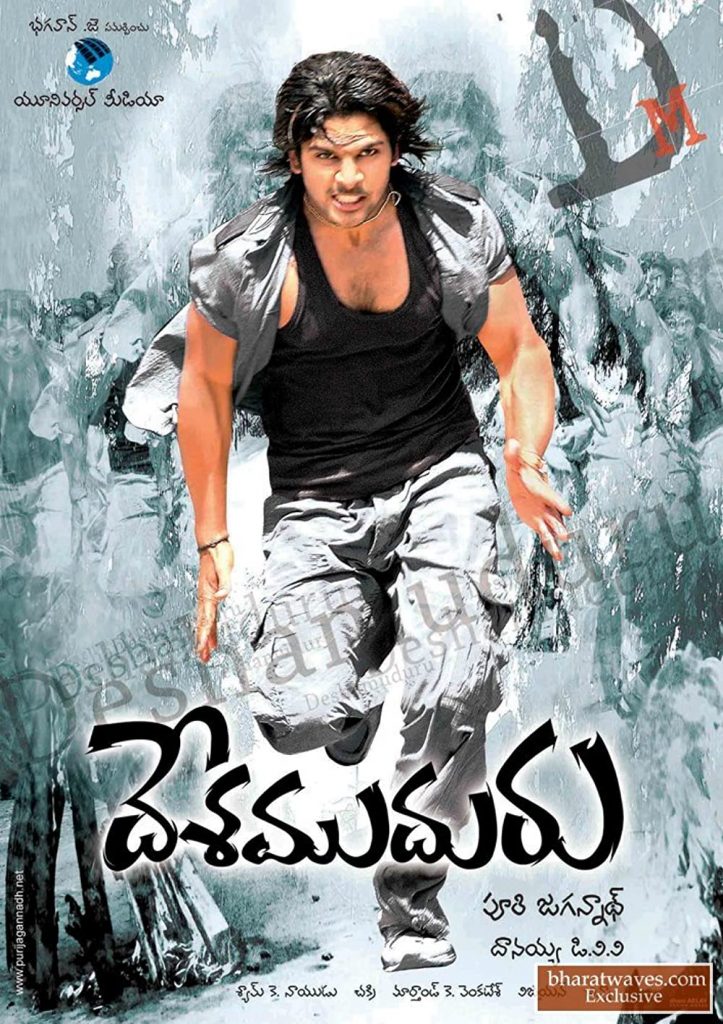 Gangotri is a Telugu-language drama film directed by K. Raghavendra Rao that was released on March 28, 2003, in India. Chota K. Naidu did the cinematography. The key roles were portrayed by Allu Arjun and Aditi Agarwal. Allu Arjun made his acting debut in this film, and K. Raghavendra Rao directed his 100th film. The film was produced by Allu Aravind and C. Ashwini Dutt. 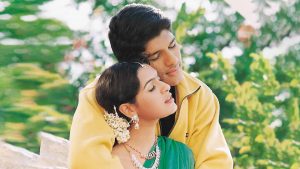 DJ: Duvvada Jagannadham is a 2017 Telugu action comedy film written and directed by Harish Shankar and produced by Dil Raju’s Sri Venkateswara Creations. Allu Arjun and Pooja Hegde lead in the film, which also has Rao Ramesh, Subbaraju, Chandra Mohan, and Murali Sharma in supporting parts. The story follows Duvvada Jagannadham, a Brahmin priest who uses his alter ego DJ to battle crime. The film’s music was composed by Devi Sri Prasad, with photography by Ayananka Bose and editing by Chota K. Prasad. The film was officially released in August of 2016. 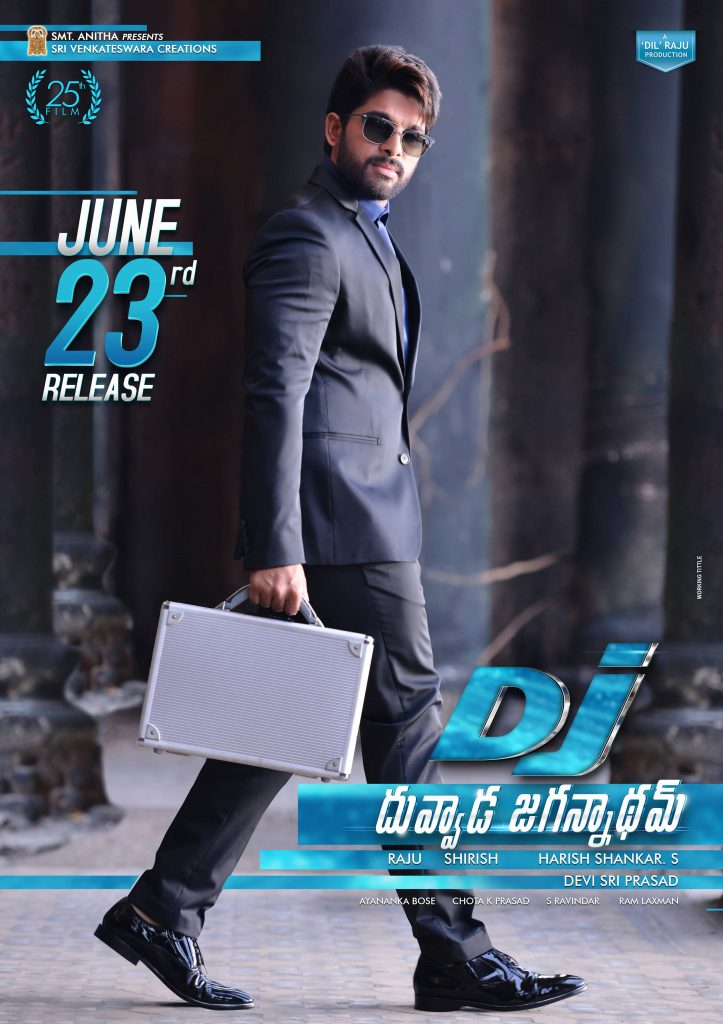 Ek Aur Rakshak is a Telugu-language romantic action film directed by Gunasekhar in 2010. It is Gunasekhar’s ninth directorial effort. Suhasini Mani Ratnam, Ashish Vidyarthi, and Brahmanandam, among others, play supporting parts in this film, which also stars Allu Arjun, Tamil actor Arya, and Bhanu Sri Mehra. The film’s producer is D.V.V. Danayya. Mani Sharma created the music for the film, which was released on March 31, 2010. 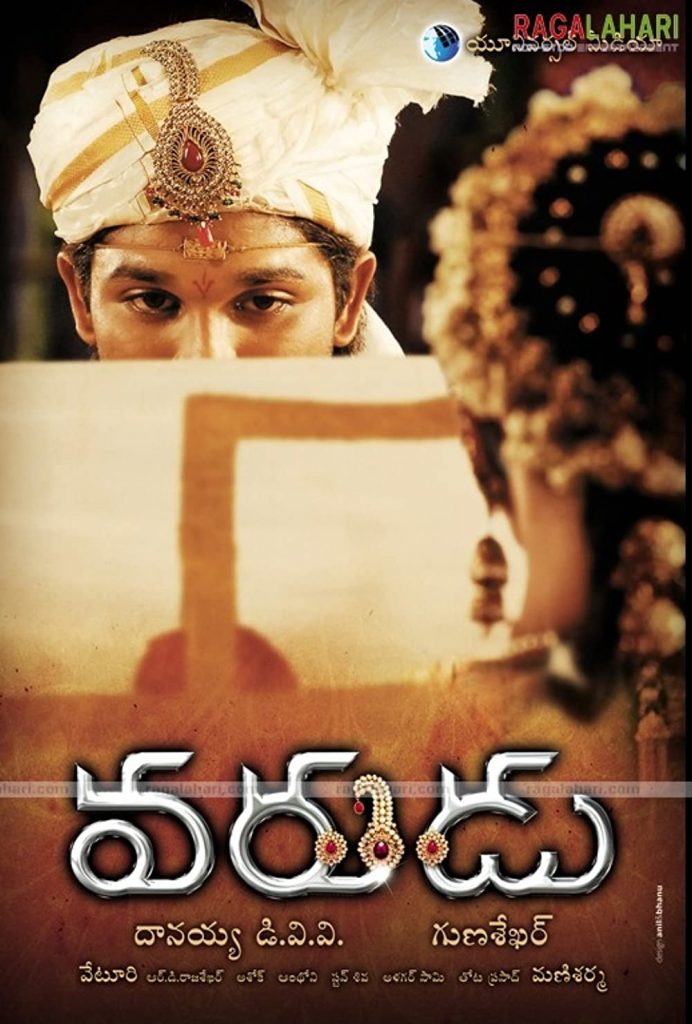 Sukumar wrote and directed Pushpa: The Rise – Part 01, a 2021 Indian Telugu-language action drama film. It is produced by Mythri Movie Makers in collaboration with Muttamsetty Media and stars Allu Arjun, Fahadh Faasil (in his Telugu debut), and Rashmika Mandanna in the lead roles, with Jagadeesh Prathap Bandari, Sunil, Rao Ramesh, Dhananjaya, Anasuya Bharadwaj, Ajay, and Ajay Ghosh in supporting roles. In the first of two cinematic portions, the film chronicles the emergence of a coolie in the red sandalwood smuggling syndicate, a rare wood that grows exclusively in the Andhra Pradesh state’s Seshachalam Hills. It is one of the most momentous and best Hindi dubbed movies of Allu Arjun. 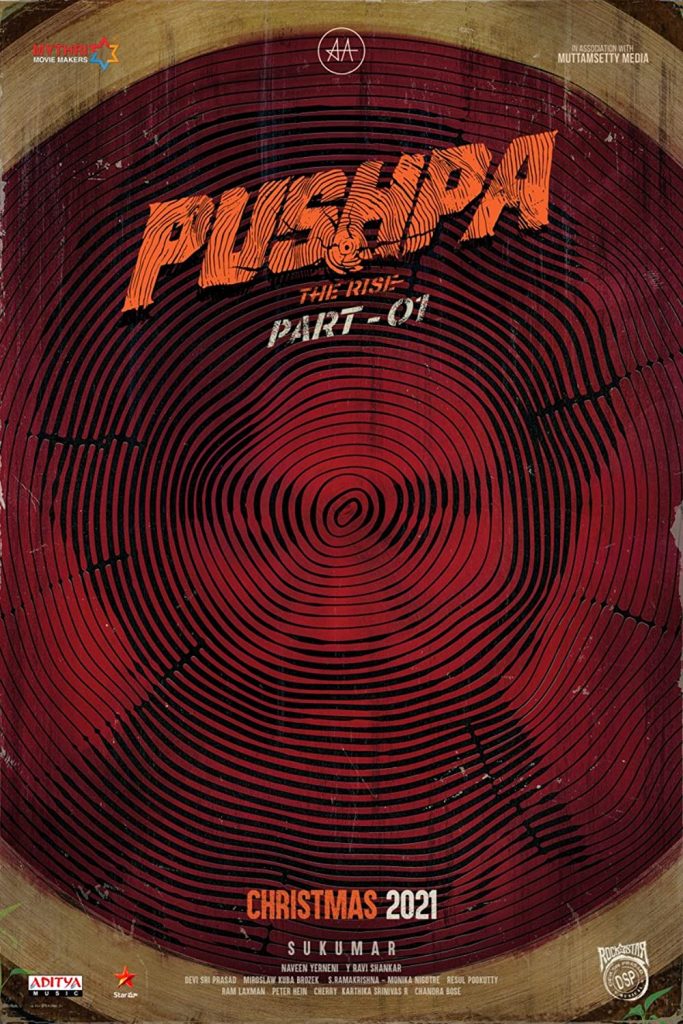 12 movies are not enough to condense Allu Arjun’s entire filmography, but we hope you try out or rewatch some of these amazing movies which we think are 12 of the best Hindi dubbed movies of Allu Arjun.