10 Best Places to Visit in Bhutan

The landlocked Himalayan Kingdom of Bhutan is the only country in the world which focuses on gross national happiness more than its gross national product. Bhutan is the land of mystery and magic, and it is the place where Buddhist tradition and culture meet global and modern ideas of development.

Taktsang Palphug Monastery also known as The Tiger’s Nest Monastery in Paro is one of the most recognizable landmarks of Bhutan. It is also the most important pilgrimage and tourist destination in the entire kingdom. A sheer marvel of architecture and ingenuity Taktsang Palphug Monastery is perched on a near-vertical cliff about 10000 feet above sea level. The trek route leading up to the Tiger’s Nest is lined with magnificent views of the Bhutanese hills, luscious forests and meadows. 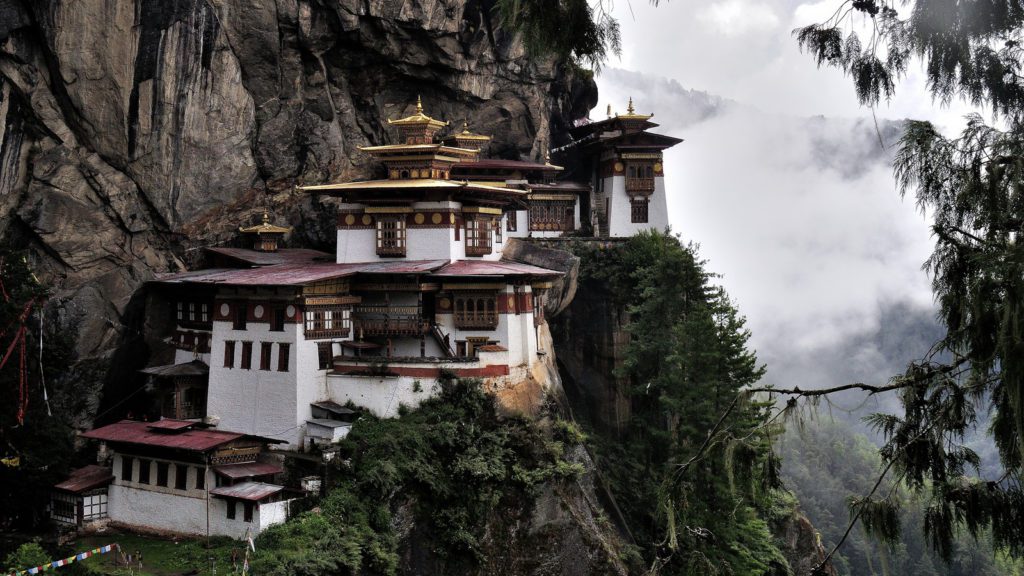 Punakha Dzong is one of the most stunning fortresses in Bhutan. It serves as the winter capital of Bhutan. The fortress was built in 1630 at the confluence of Mo Chhu and Pho Chhu rivers. It is nestled snugly in the emerald valley and attracts visitors from around the world. Words will never be enough to capture the stupendous beauty of the fortress’s architecture and setting.

Perched at a height of 3810 meters above sea level, Cheli La Pass is the highest mountain pass in Bhutan and it connects the Haa and Paro Valleys. It is an hour’s drive away from the town of Paro. The road to Cheli La Pass takes you through luscious forests across staggering hills lined with gurgling streams and rivulets. 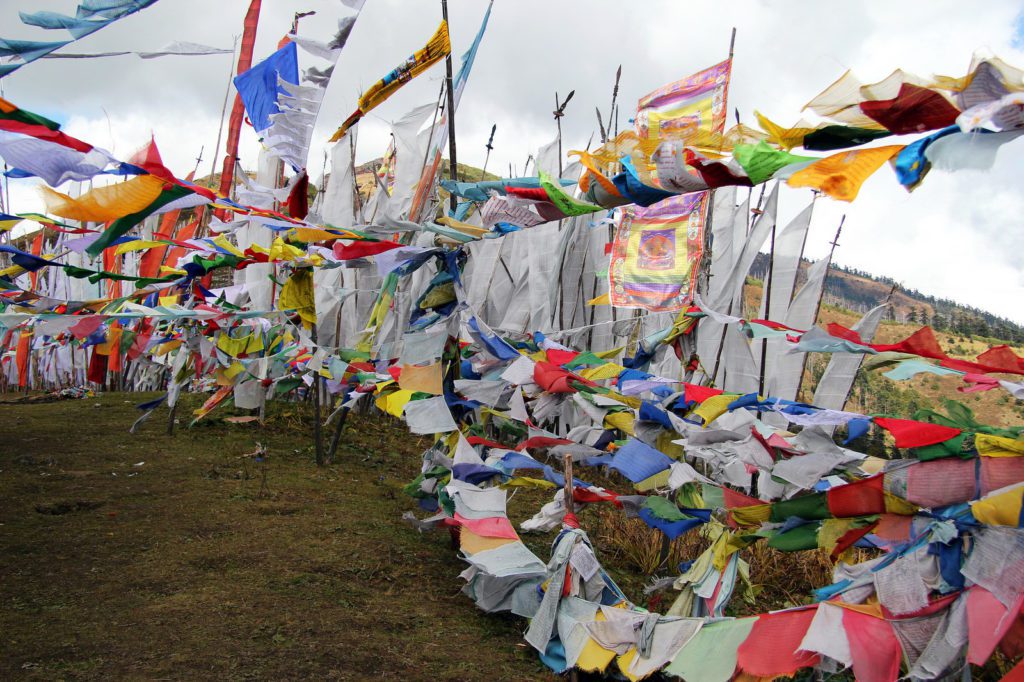 Dochula Pass is one of the most renowned tourist destinations in Bhutan and it offers panoramic views of the snow-capped Himalayas. Situated 20 km from Thimphu, Dochula Pass houses 108 memorial stupas known as ‘Druk Wangyal Chortens’. The Queen Mother, Ashi Dorji Wangmo Wangchuck commissioned the chortens to commemorate the soldiers of the Bhutanese army who lost their lives in the war against Assamese insurgents, in 2003.

Buddha Dordenma, located in Thimphu is one of largest statues of Buddha in the world. Constructed atop a meditation hall, the marvelous statue exudes serenity. The statue is 51.5 meters in height, cast in bronze and gilded in gold. The structure faces the southern entrance to Thimphu and it is said to radiate an aura of peace and happiness to the entire world. 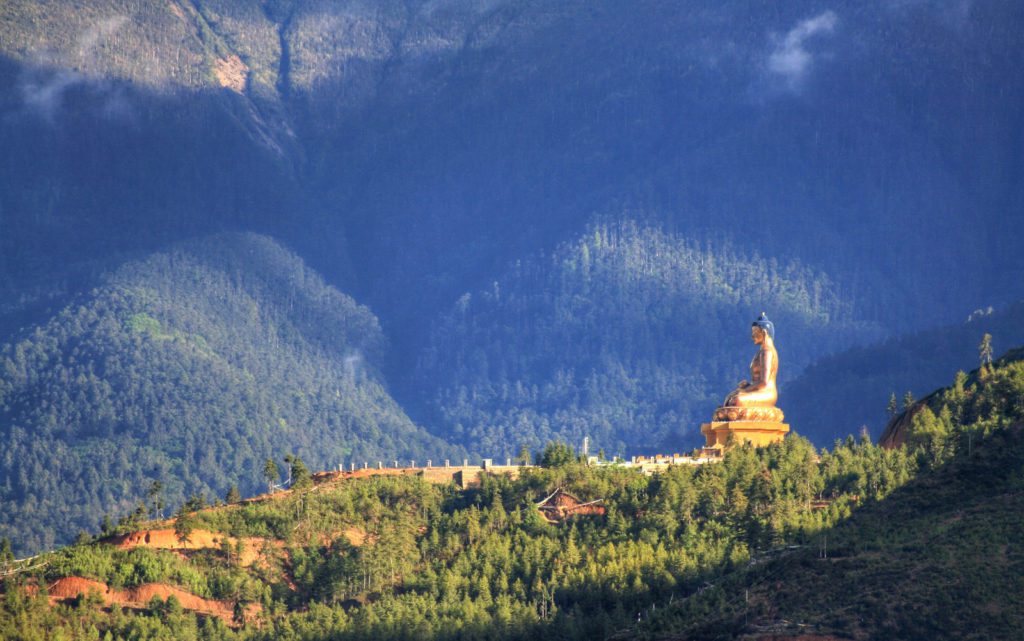 The Chomolhari trek will take you through the heart of the Bhutanese wilderness, across pine forests and the glistening alpine pastures. The mountain peak Chomolhari or Jhomolhari is also known as ‘the Bride of Kanchendzonga’ and it is the source of Paro Chu (Paro River). According to legend, the mountain peak is the sacred abode of one of the Five Tsheringma Sisters, the protector deity (Jomo) of Tibet and Bhutan. 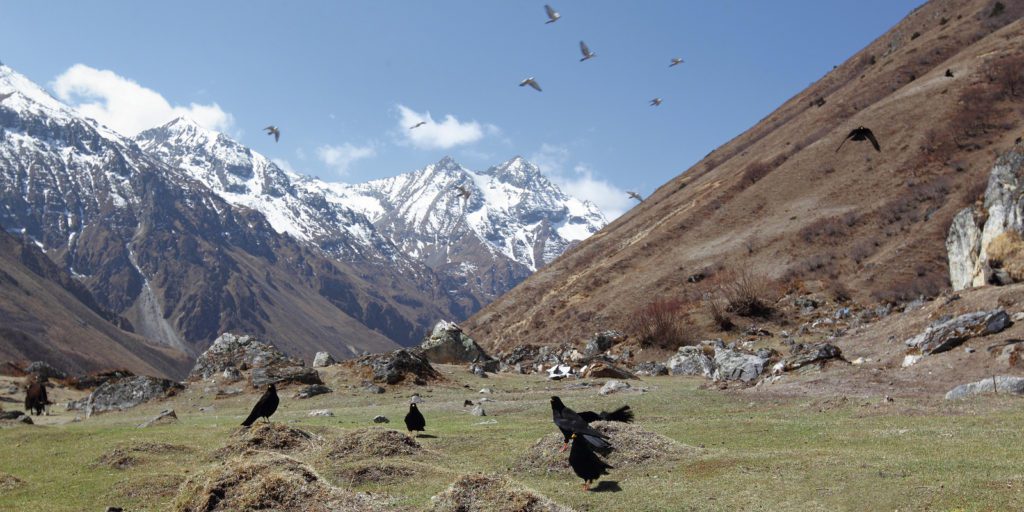 The valley of Gangtey is one of the most spectacular valleys in the entire Himalayan belt and it is often referred to as the Shangri-La of Bhutan. The valley is extensive and it is one of the few valleys that are relatively flat and there are almost no trees. The trek to Gangtey is moderately difficult and passes through the villages of Gogona and Khotokha. The scenic trek route traverses across pristine meadows and fields, forests of juniper, magnolia, and rhododendrons. The best time to visit Gangtey is during the winter season, as one will be able to witness the graceful Black-necked Cranes in the wild. 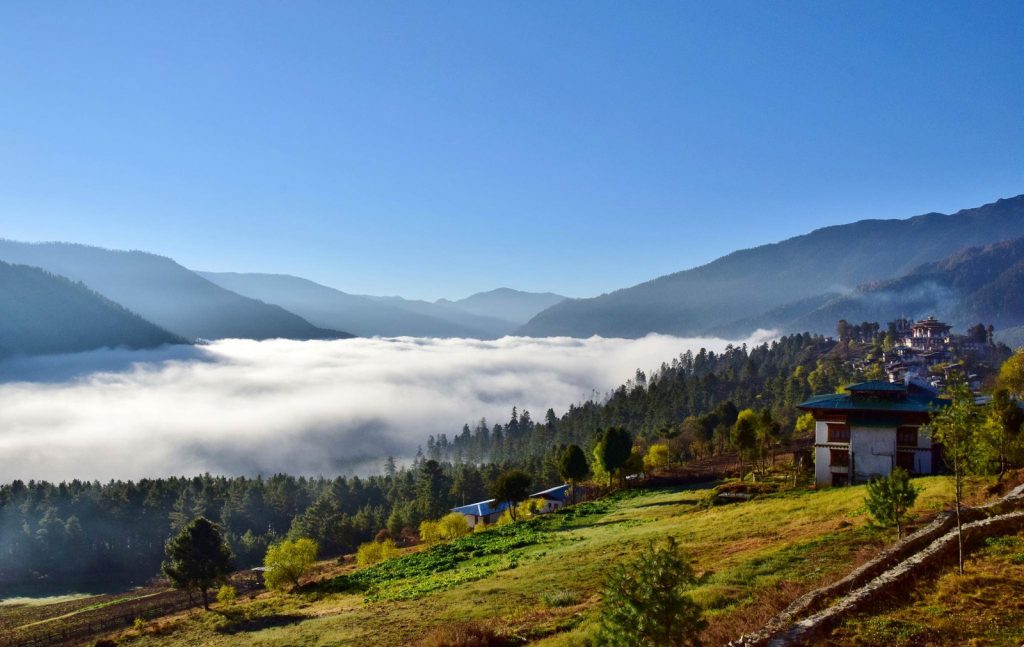 One of the most picturesque valleys in the world, Haa Valley is the hidden crown jewel of Bhutan. The valley is deeply rooted in tradition, folk-culture and shamanistic rituals. The valley opened for tourists for the first time in 2002, and it is a paradise for nature lovers. This quaint and untouched valley emanates an aura of calm and resonates in the symphony of nature.

The hidden valleys at Bumthang are some of the most scenic places in the world. The region encompasses four major valleys namely Chokhor, Tang, Ura, and Chhume. The region is the spiritual heart of Bhutan. The lush green woodlands and pristine meadows in these valleys abound in flora and fauna.

Known as ‘the Paradise of Butterflies’ Bumdeling Wildlife Sanctuary has been recorded to house more than 120 species of butterflies in its alpine natural setting. The untouched alpine landscape is astonishingly beautiful and the pristine meadows are truly awe-inspiring. Some of the most beautiful alpine lakes of Bhutan are scattered across the wildlife sanctuary.

21 Funny Tweets That Sum Up The Life In Delhi