Sikkim is the epitome of awe-inspiring beauty. Every inch of Sikkim is adorned with tranquility, simplicity, and breathtaking beauty. The tourists will never tire of the breathtaking meadows, majestic hills, glaciers, and diverse flora and fauna. Visiting Sikkim would be a once-in-a-lifetime opportunity. You will never leave if you come here once. Here is a list of some of the best places to visit in Sikkim for memorable vacations.

It’s almost impossible for anyone to resist the alluring charm and appeal of Gangtok, believe it or not! Gangtok, Sikkim’s capital, is nestled in the Eastern Himalayas and is one of the best places to visit in Sikkim. A vacation in this beautiful city is enough to fulfill all of the wishes of nature lovers. Adventure seekers, on the other hand, can enjoy cable car rides, river rafting, mountain biking, and a variety of other activities in Gangtok.

Rumtek Monastery, one of Sikkim’s largest and oldest monasteries, is one of the state’s largest and oldest monasteries. This monastery, also known as the ‘Dharma Chakra Centre,’ is located near Gangtok and pays homage to Buddhist cultures and traditions. It is a perfect place to find mental peace and learn more about Buddhism, as it is a testament to Buddhist architecture and teachings. It is an essential part of any Gangtok travel package because of its spiritual appeal and grandeur!

This lush and verdant botanical garden, which is close to the Rumket Monastery, is home to several rare and exotic species of plants and trees. Some of the orchids in this garden are only found in this part of the world, and they have high medicinal and commercial value. This is one of the best places to visit in Sikkim that will transport you to a treasure island if you are a passionate nature lover. If you’re visiting this garden with your family, especially the younger ones, the vibrant atmosphere will undoubtedly make your visit more enjoyable.

Do Drul Chorten is one of Sikkim’s most important stupas, situated in the imposing Gangtok valleys. It was constructed in 1945 with the help of the last Truslshi and Rinpoche. There are approximately 108 Mani Lhakor, or prayer wheels, on the Stupa. These wheels have important mantras engraved on them that can be sung by turning them. For years, tourists and enthusiasts have been drawn to Do Drul Chorten’s picturesque serenity and tranquility.

Yuksom is a lovely town in Sikkim’s western region, and the city is known for its natural beauty. Yuksom is a small village near the Kanchenjunga national park, nestled in the lush vegetation of the Himalayas. It is a popular tourist destination as well as the starting point for some of Sikkim’s most challenging treks. Yuksom has a number of interesting tourist attractions, including local cuisine, which is a must-try. Yuksom is historically significant for Sikkimese, as it was here that the first Chogyal was crowned in 1642. The magnificent Khecheopalri lake, which the Sikkimese regard as sacred, is another major tourist attraction. 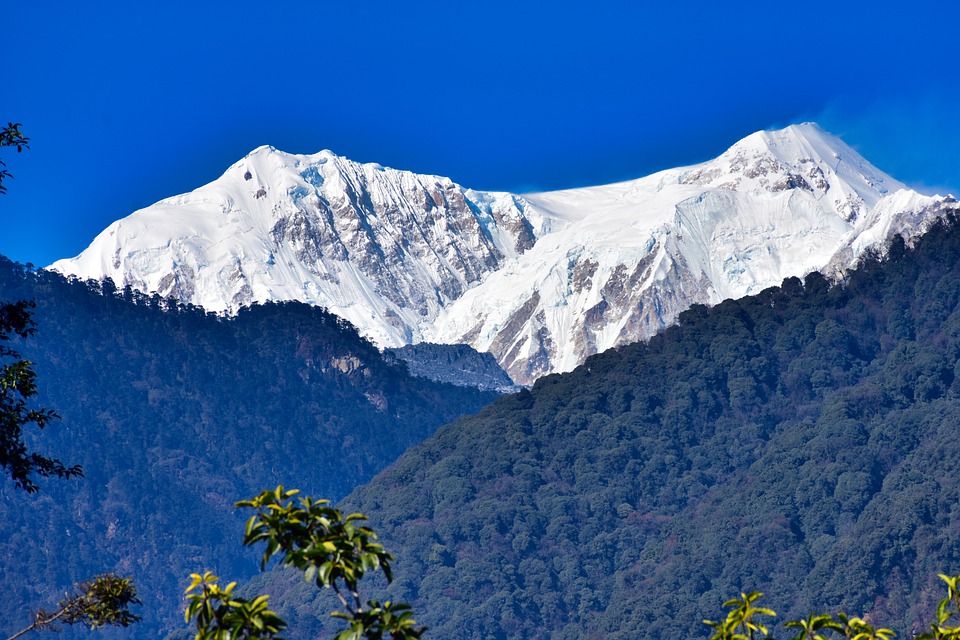 Tsomgo Lake, nestled in the mountains at a dizzying height of 12,400 feet above sea level, is one of India’s few high-altitude lakes. Surrounded by steep snow-capped peaks and a lush green carpet of alpine forests. Lake Tsogmo’s enchanting beauty will undoubtedly astound you. Furthermore, the lake’s charming picturesque charm, combined with its legendary importance to the locals, makes it one of the best places to visit in Sikkim. 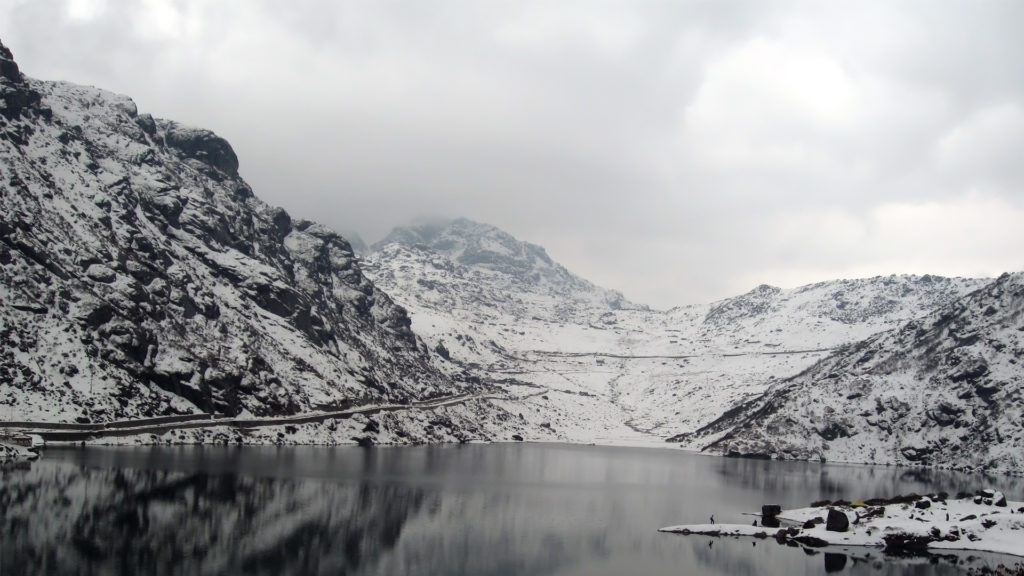 A visit to Nathu La, which was once a part of the historic ‘Silk Road,’ is a must in any Sikkim travel package. This incredible pass connects Sikkim and Tibet at a staggering height of 4,310 meters above sea level, making it one of the world’s highest motorable passes. Indians are welcome to visit the pass, but they must first obtain permission from the tourism department. Foreign nationals, on the other hand, are unable to travel to Nathu La. 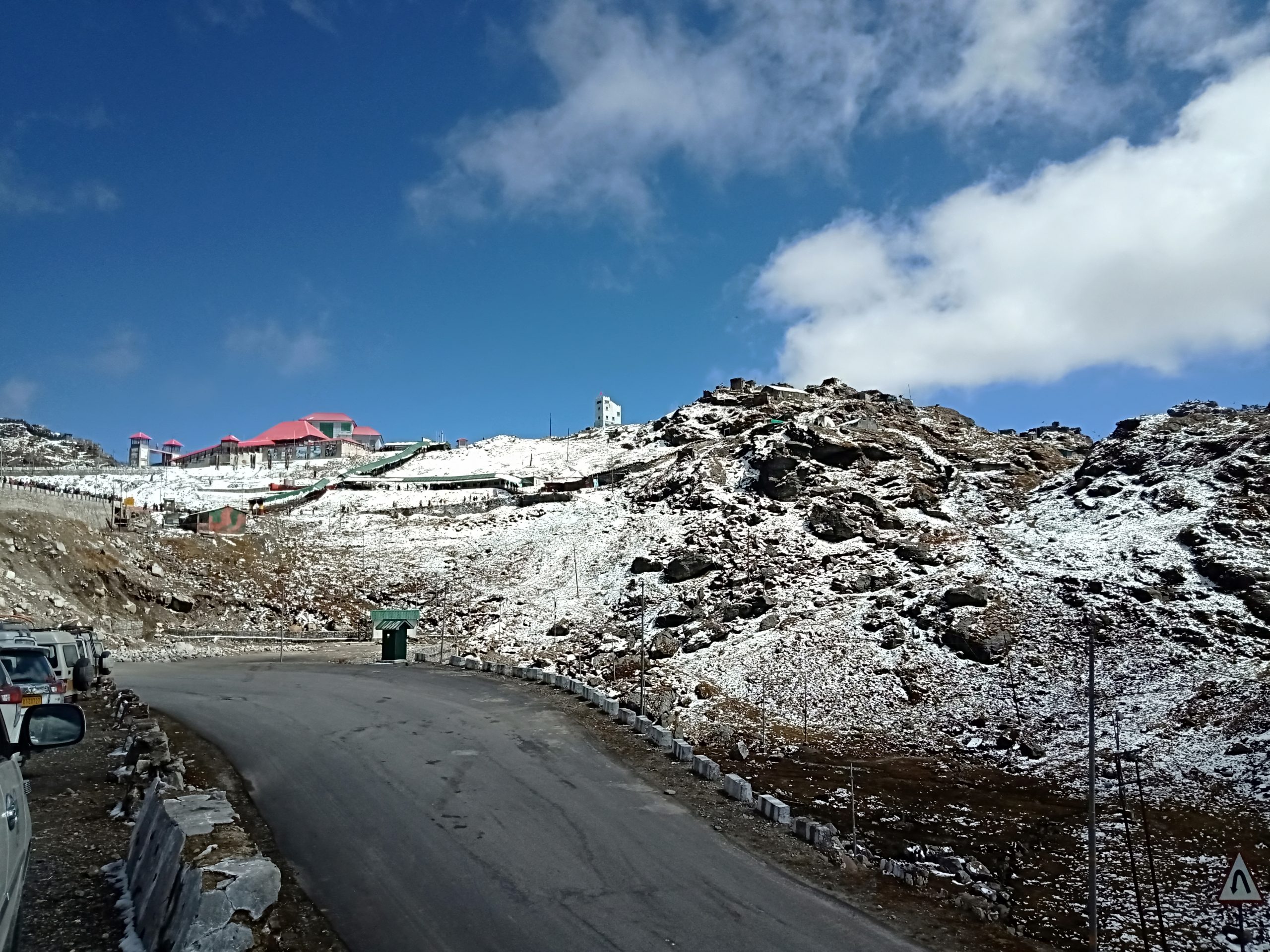 Pelling is one of the best places to visit in Sikkim if you’re a big fan of the Himalayan Range. This Sikkimese town offers the best views of the Himalayas and Kanchenjunga Peak, allowing visitors to make the most of their Sikkim vacation. This scenic town, which sits at a height of 7,200 feet above sea level, is home to several waterfalls, breathtaking views, natural beauty, and adventure activities such as rafting, kayaking, trekking, mountain biking, and more. 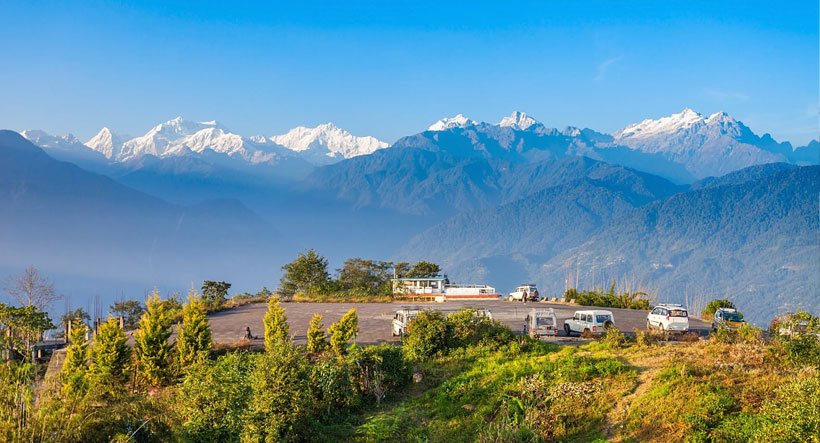 Lachung is a beautiful tourist destination in northern Sikkim, located at the confluence of two tributaries, Lachung and Lachen. The numerous waterfalls that grow in this region make this city a popular tourist destination. From this vantage point, glimpses of snow-capped mountains can be seen, providing spectacular views. Lachung is also a good starting point for trips to Yumthang Valley. 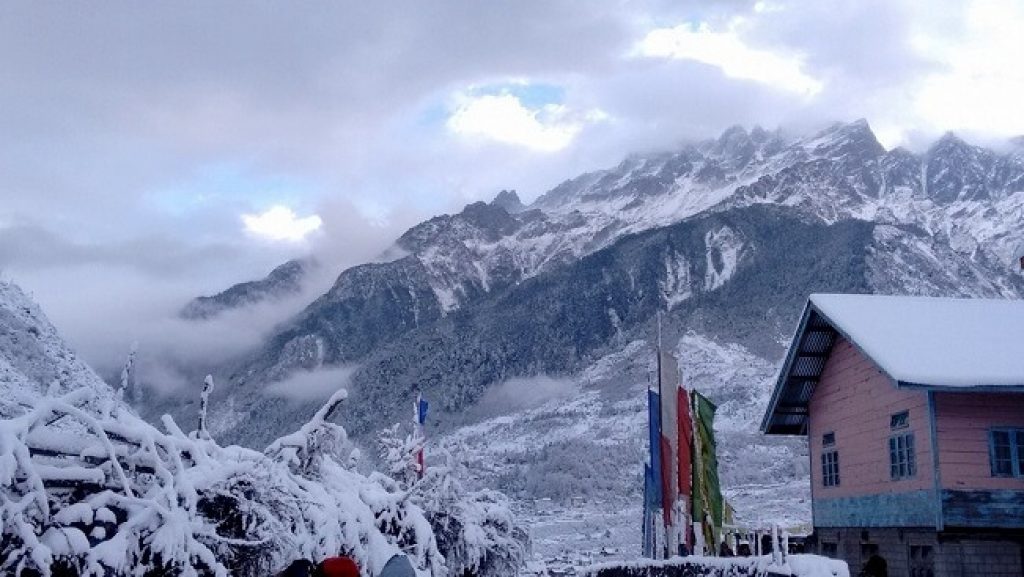 Ravangla provides spectacular views of Kanchenjunga. And, of course, the twin peaks of Pandim, Kabru, Sinialchu, and a slew of others. It offers exotic flora and fauna in the dense forest, waterfalls, peaceful villages, picturesque tea gardens, ethnic culture, ancient monasteries, and a cool atmosphere, in addition to rich natural diversity and majestic snow-capped mountains. In Sikkim, Ravangla is also a must-see destination. It is one of the best places to visit in southern Sikkim. 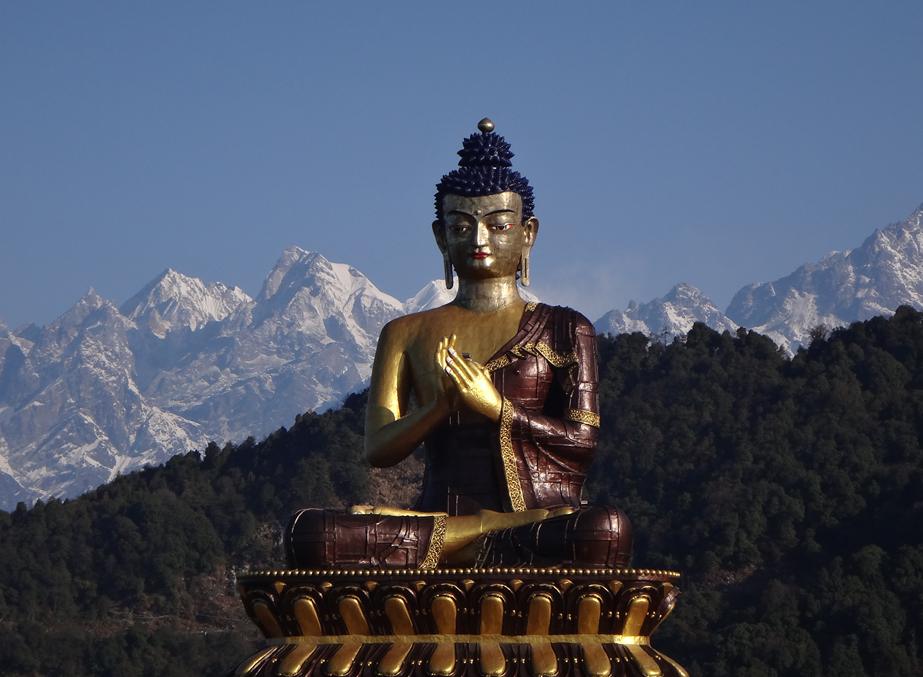 Cholamu Lake, the 14th highest lake in the world and India’s highest lake, is located at an elevation of 18000 feet above sea level in North Sikkim. The first sight of this moderately sized, almost frozen lake can be seen while coming down the slope around 300 feet from Donkiala pass (18300 feet). Cholamu Lake, located only a few kilometres from the Tibet border, is off limits to ordinary tourists. To visit the Cholamu Lake, one must obtain special permission from the Army and the Sikkim police/administration. 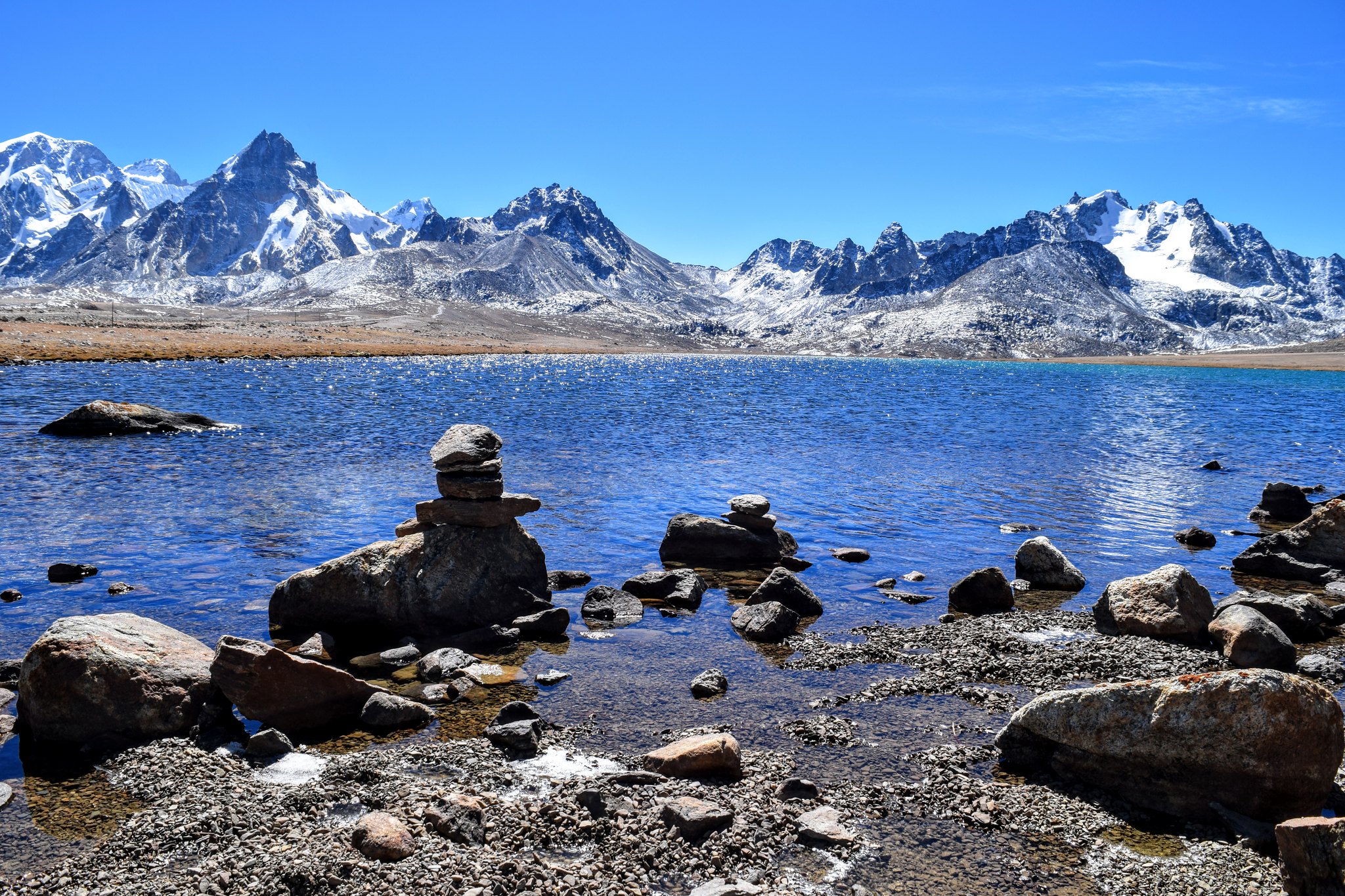 Namchi means “sky’s peak” in Tibetan. And a visit to this magnificent Sikkimese city will demonstrate this! It is also one of the best places to visit in Sikkim, located 92 kilometers from Gangtok and 1,675 meters above sea level. Namchi is more of a Buddhist pilgrimage center than a tourist destination. The Namchi Monastery, Tendong Hill, and Ralong Monasteries are the most important religious sites in the area. The city also has a 108-foot-tall Lord Shiva statue, which attracts a large number of Hindu devotees. 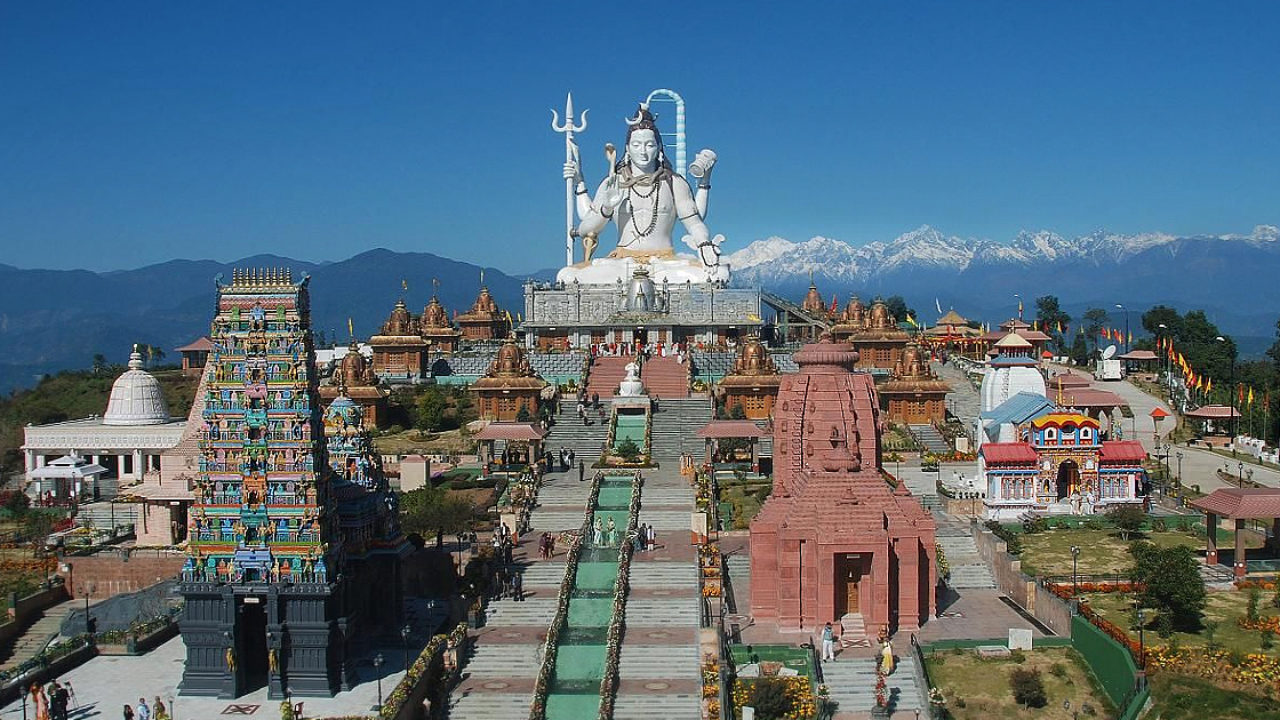 At a height of 16,207 feet, the GoechaLa trek offers a closer look at Mt. Kanchenjunga, the world’s third-highest peak. For hundreds of adventurers, it is a dream come true. Bounded by mesmerizing flora and fauna that is so vibrant and colorful that they instantly lift one’s spirits. The GoechaLa pass trek is a collection of large peaks that make it an absolute adventure to undertake. The trail connects to the famous Kanchenjunga National Park, where visitors can experience true nature and re-energize their senses. April and May are the best months to see the mountains clearly. Because the sky is clear at this time, the sunset and sunrise views can be captured. 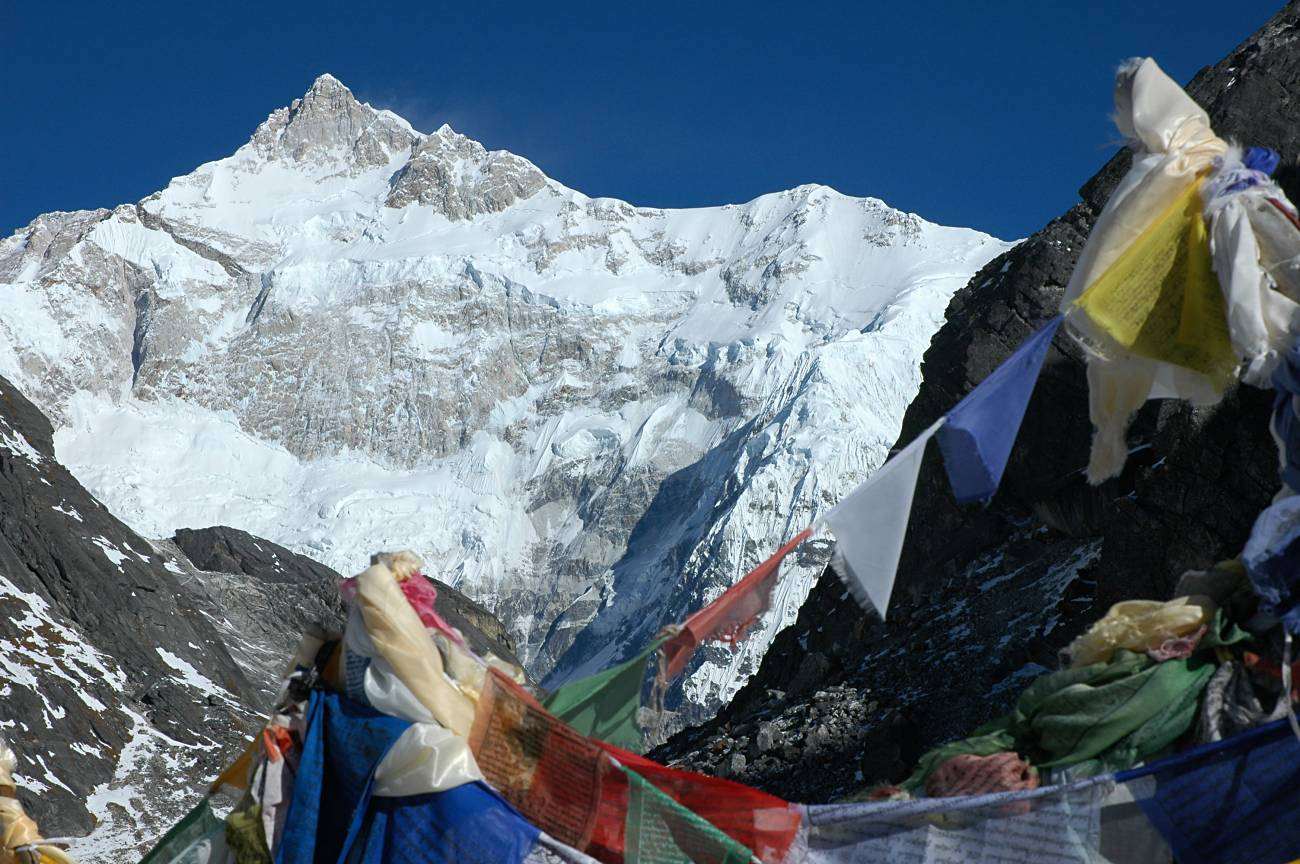 Kanchenjunga’s towering peak is so high that reaching its base camp is an adrenaline-pumping adventure in and of itself. When compared to other treks in the Indian Himalayan belt, the trail to Kanchenjunga Base Camp is quite unique. The Kanchenjunga massifs form a large cross that cuts through three countries: Nepal, Tibet, and India (Sikkim). Kangchenjunga was the highest mountain in India until 1849, when Everest and K2 were discovered.

Zuluk, which reaches a staggering height of 10,000 feet, is one of Sikkim’s lesser-known destinations. This quaint Sikkimese village, located on the ancient ‘Silk Route,’ takes pride in being a vantage point to enjoy panoramic views of Mt Kanchenjunga. Aside from its magical beauty, this hamlet is popular with adventurers because the ride to Zuluk takes them through 32 hairpin bends. 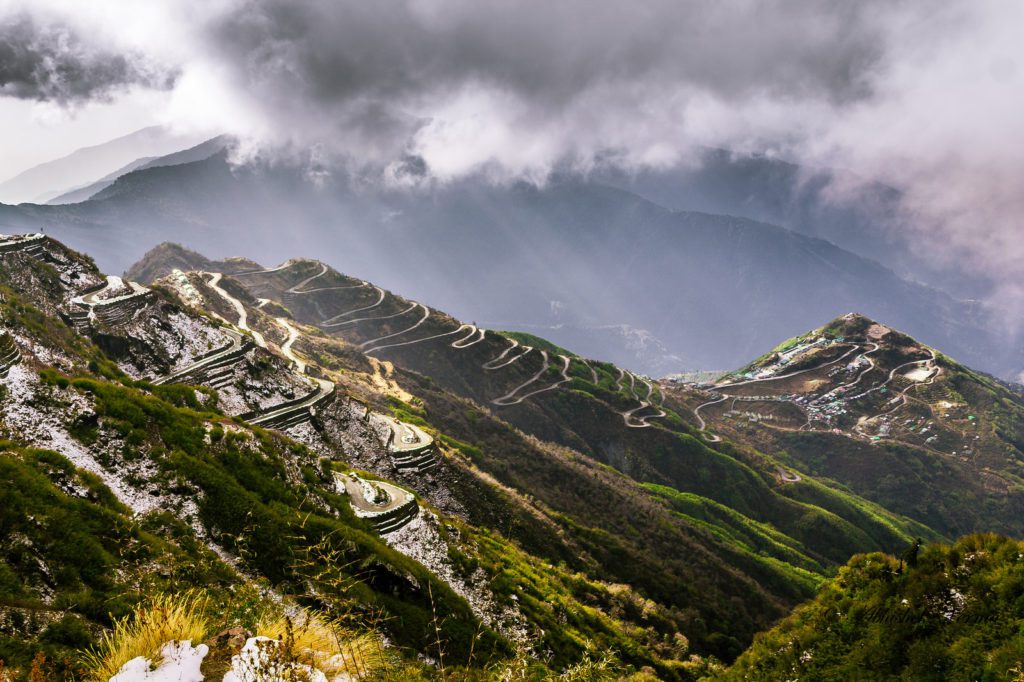 Yumthang Valley, in northern Sikkim, is 140 kilometers north of Gangtok. It is a rare and exotic place with thermal springs, rivers, yaks, and green meadows, and is known as the “Valley of Flowers.” This imposing valley, located at 3,564 meters above sea level, is a nature lover’s paradise because it houses the Shingba rhododendron sanctuary, which has more than 24 species of rhododendron flowers (the state flower) in bloom from the end of April to the end of May. From February to the middle of June. 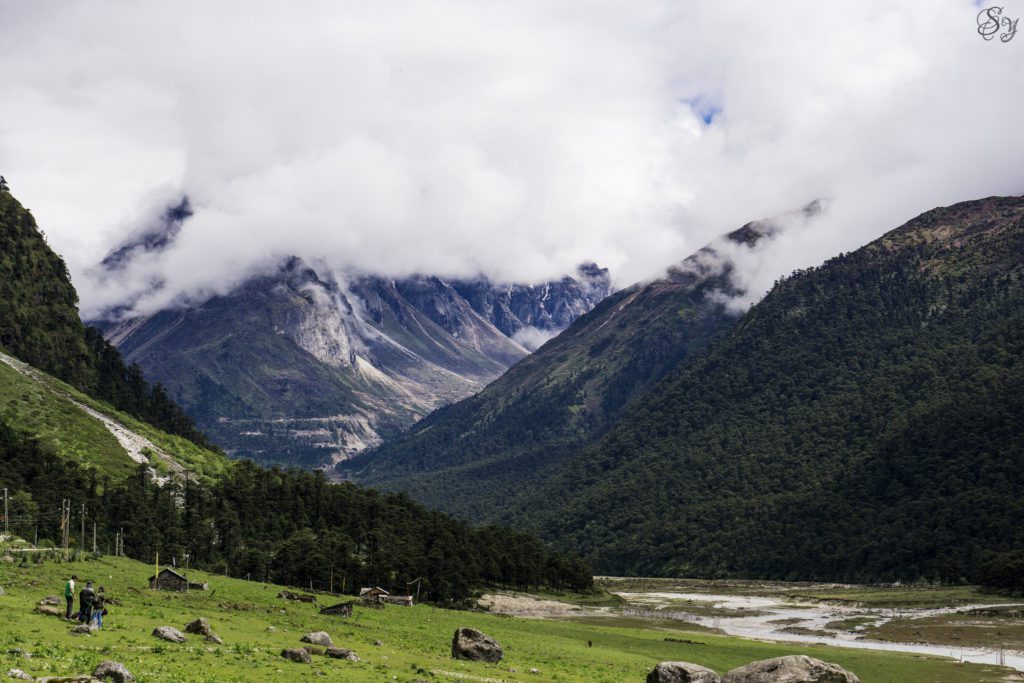 Lake Gurudongmar, at 17,100 feet above sea level, is one of the world’s fifteen highest lakes. It is also Sikkim’s second-highest lake, after Cholamu Lake, which sits at an elevation of 18,000 feet. The magnificent and picturesque beauty of the location attracts visitors from all over the world. Lake Gurudongmar is also significant religiously, and the magnificent view of Mount Siniolchu and Kanchenjunga from the lake is a sight to behold. Many tourists take the water from Lake Gurudongmar on their way back because it is said to have healing properties. Gurudongmar Lake is one of the best places to visit in Sikkim.

Geyzing, the district capital of West Sikkim, is also known as Gyalshing. At 6,500 feet above sea level, it is the highest point in the area. The city is surrounded by the tall and majestic Himalayan mountains. The Rangeet River originates in the city’s western outskirts. Aside from the natural beauty that can be found in Geyzing, the numerous monasteries that can be found here make it a popular tourist destination. This is one of the best places to visit in Sikkim because of its picturesque natural beauty.

So, now you know about some of the most fascinating and best places to visit in Sikkim, which you can explore with your travel companions. Waiting isn’t an option right now. Fill your scrapbook with pictures of these incredible locations.