A revolutionary, visionary, and folk hero of the Indian Independence movement, Bhagat Singh stands as a symbol of resistance and the fight for one’s rights. An atheist by his beliefs and a revolutionary by heart, Bhagat Singh’s popularity in India once soared higher than even Mahatma Gandhi. His photograph and resistance have become hugely popular all across the country just a few years after his hanging. His ideas, vision, works, writings and Bhagat Singh quotes serve as an inspiration to Indians and revolutionaries across the country even decades after his death.

One of the greatest Indians of the last century, Bhagat Singh was hanged by the Britishers when he was just 23 years old. The impact of Bhagat Singh and his ideas on the country in such a short span of time is exemplary and unprecedented.

We bring you the best Bhagat Singh quotes that will stir a revolution inside you.

1. The bomb was necessary to awaken England from her dreams
Bhagat Singh’s quote on bombing the Central Legislative Assembly in Delhi to attract the attention of Indians on atrocities done by the Britishers 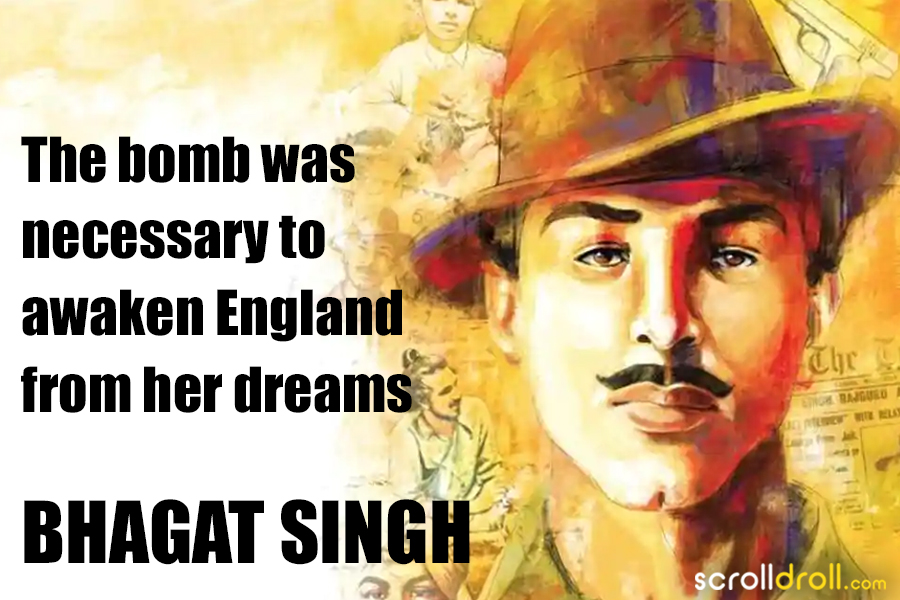 2. If the deaf are to hear, the sound has to be very loud. 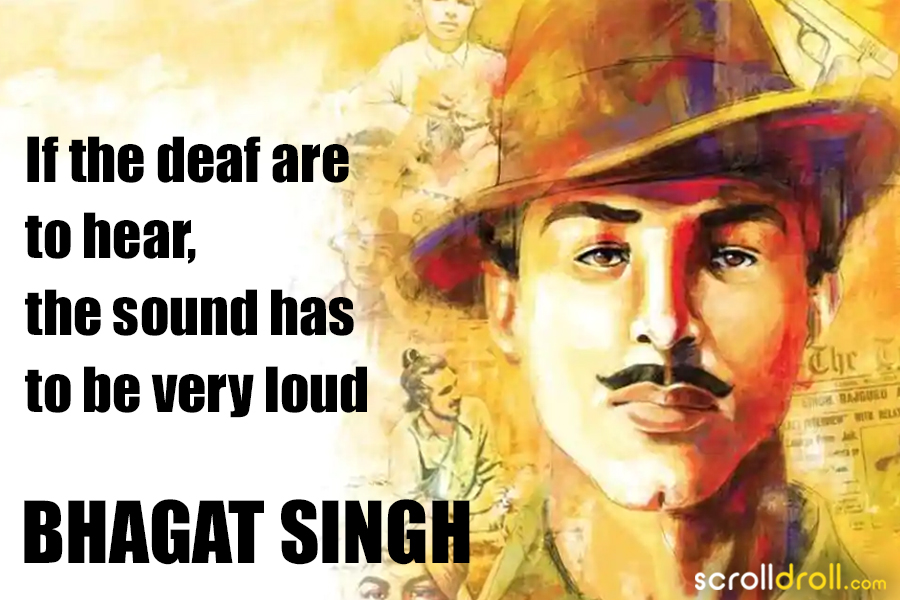 3. I emphasize that I am full of ambition and hope and of full charm of life. But I can renounce all at the time of need, and that is the real sacrifice. 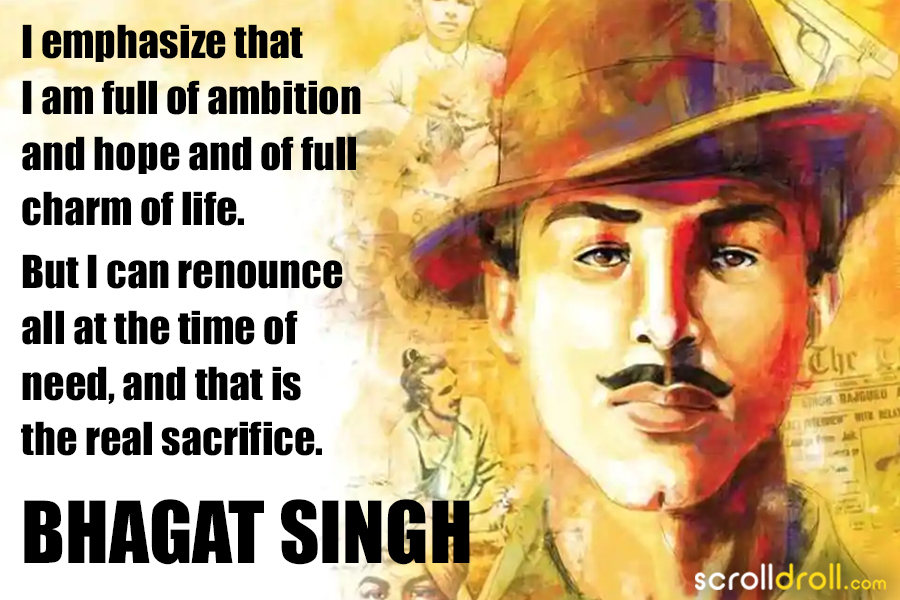 4. Any man who stands for progress has to criticize, disbelieve and challenge every item of the old faith. 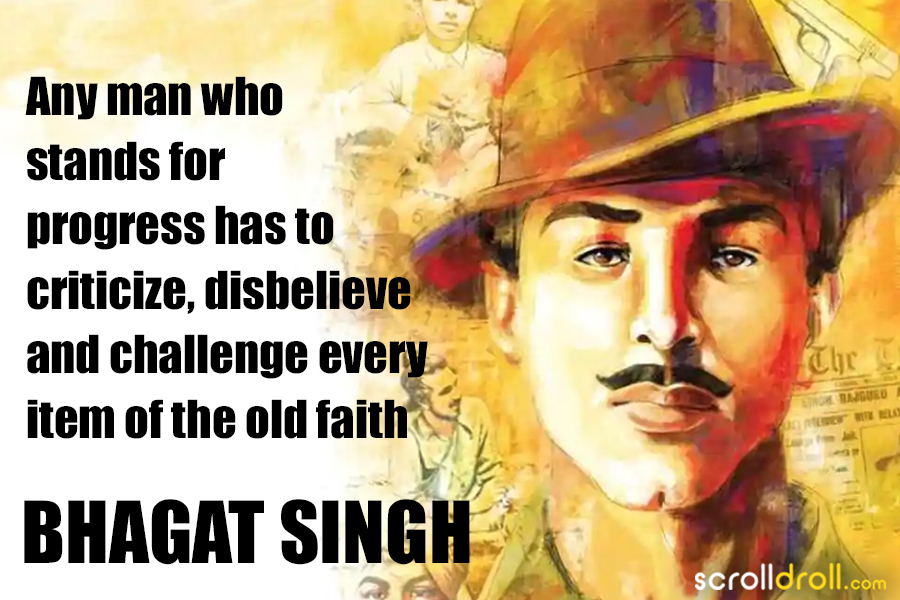 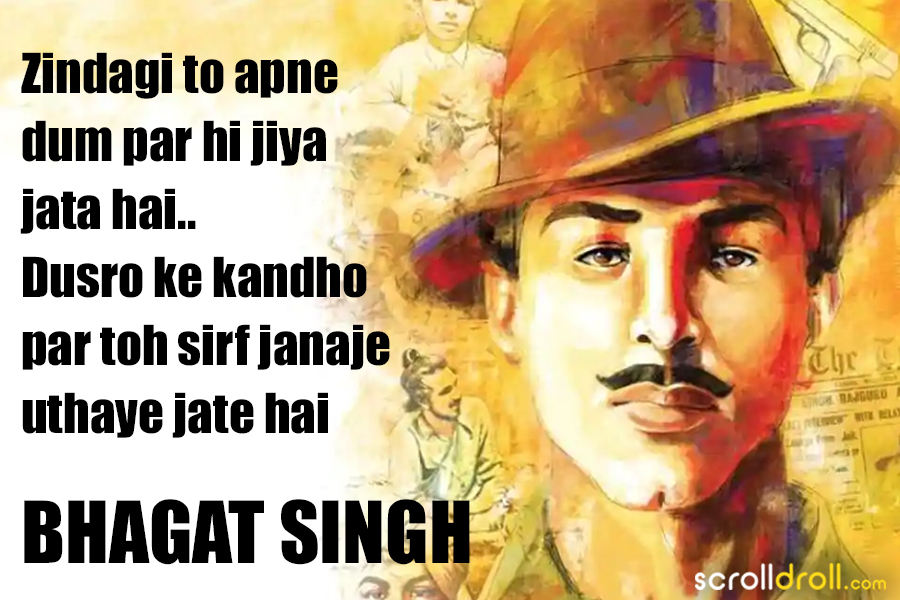 6. Rebellion against king is always a sin according to every religion. 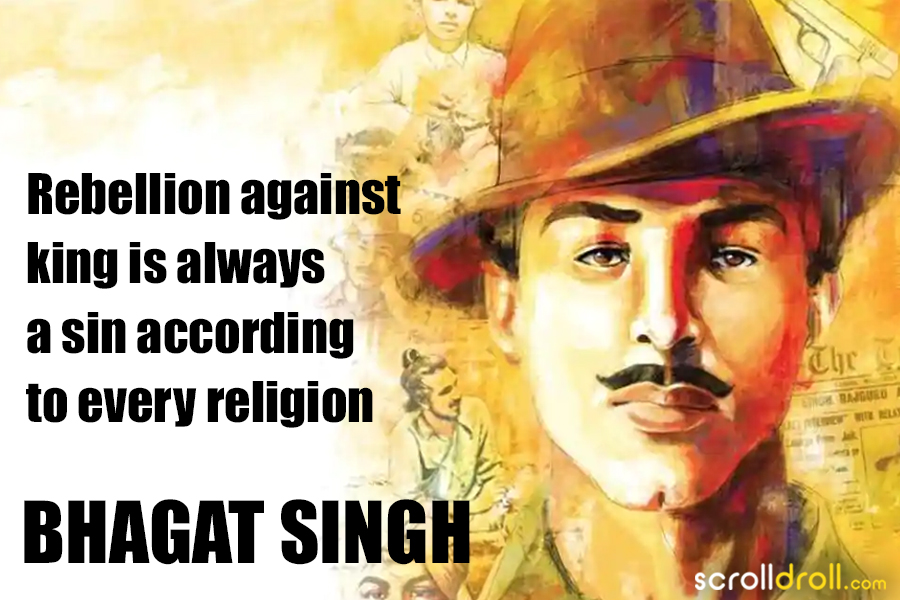 7. I deny the very existence of that Almighty Supreme being 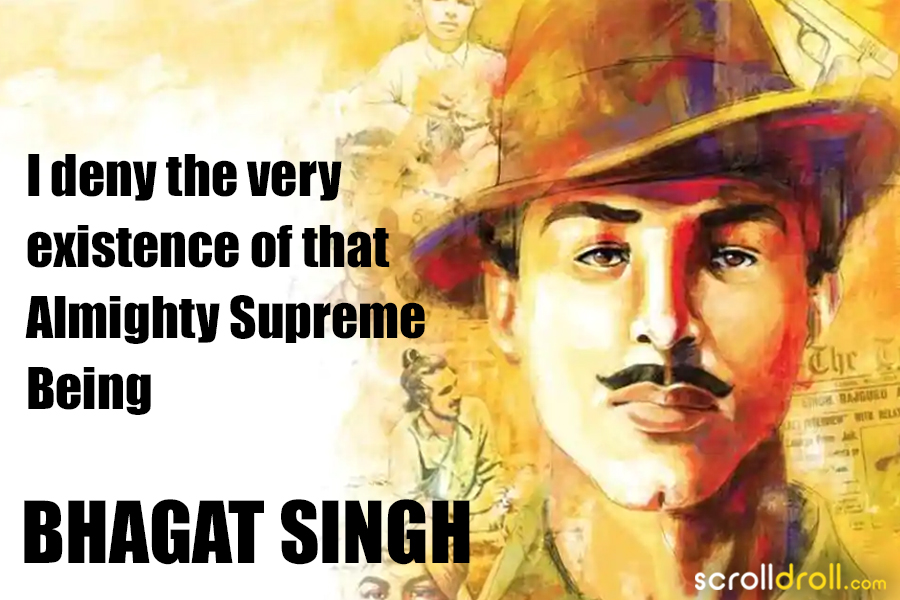 8. Revolution did not necessarily involve sanguinary strife. It was not a cult of bomb and pistol. 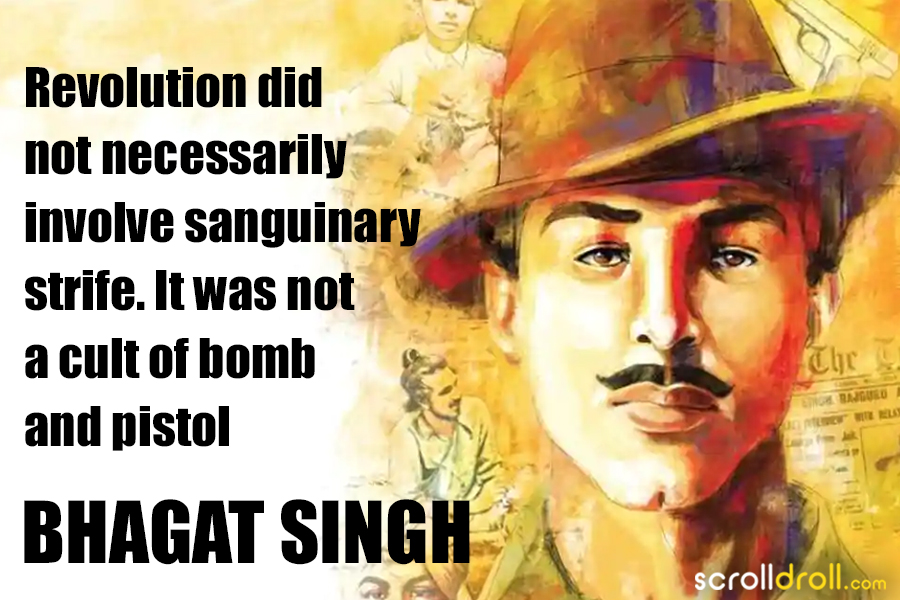 9. Every tiny molecule of Ash is in motion with my heat I am such a Lunatic that I am free even in Jail. 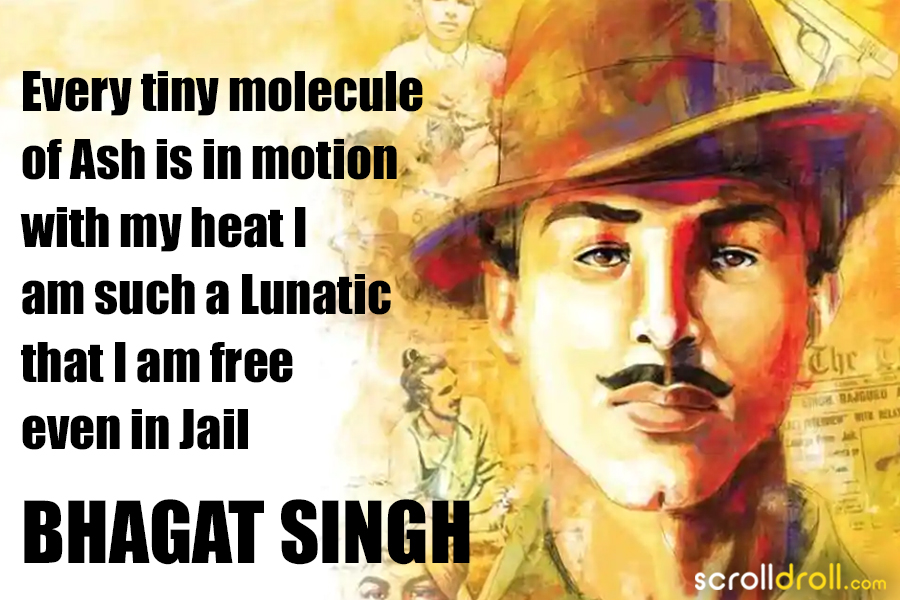 10. The sword of revolution is sharpened on the whetting stone of ideas. 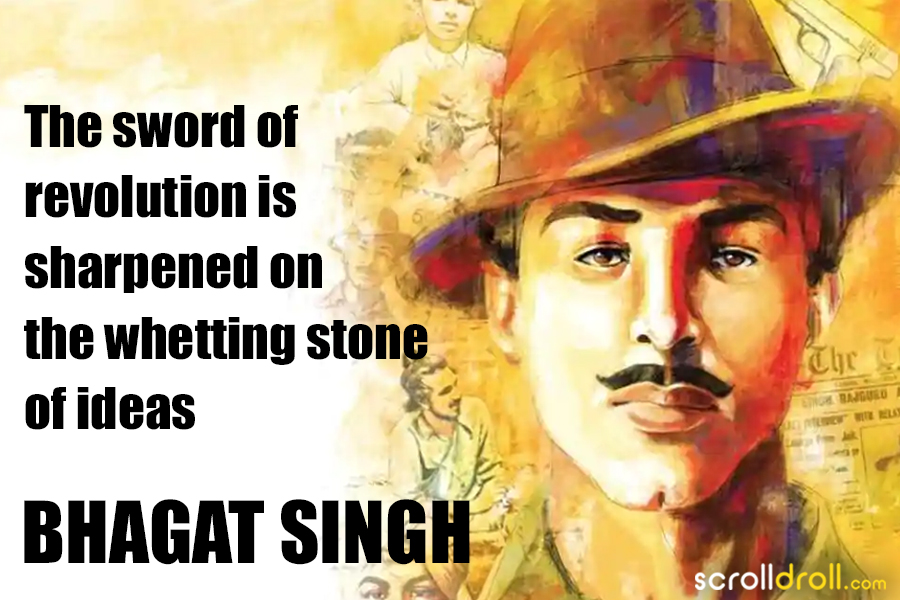 11. I am a man and all that affects mankind concerns me 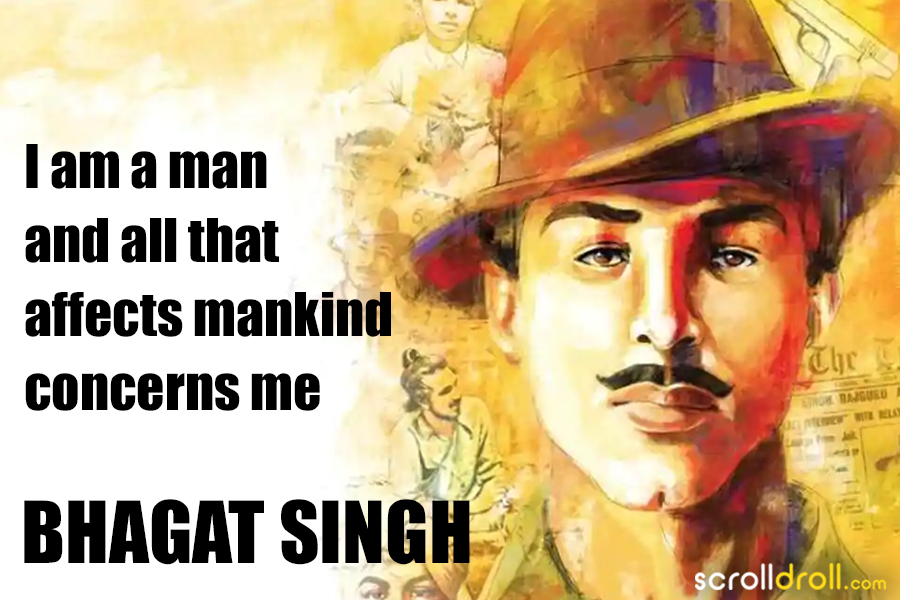 12. Love always elevates the character of man. It never lowers him, provided love be love. 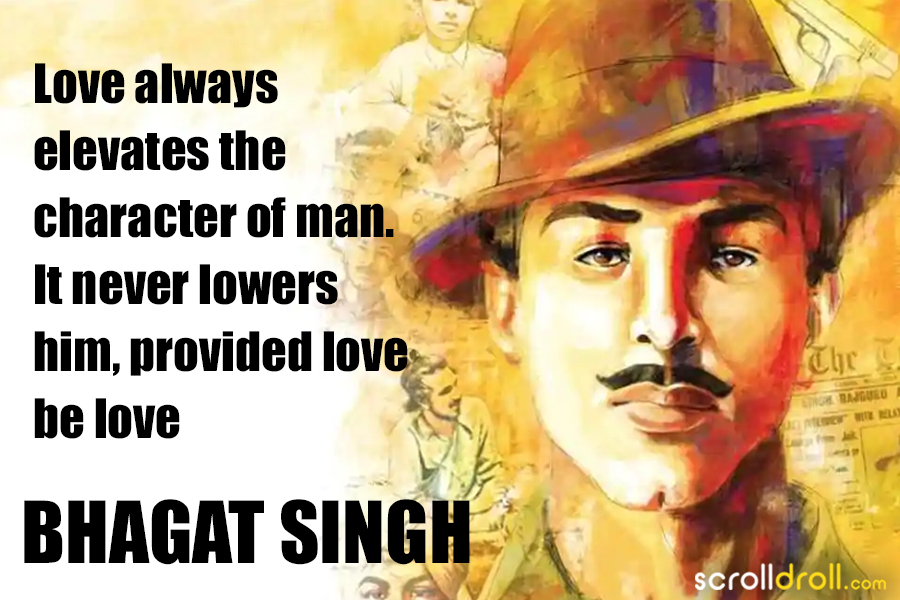 13. Philosophy is the outcome of human weakness or limitation of knowledge. 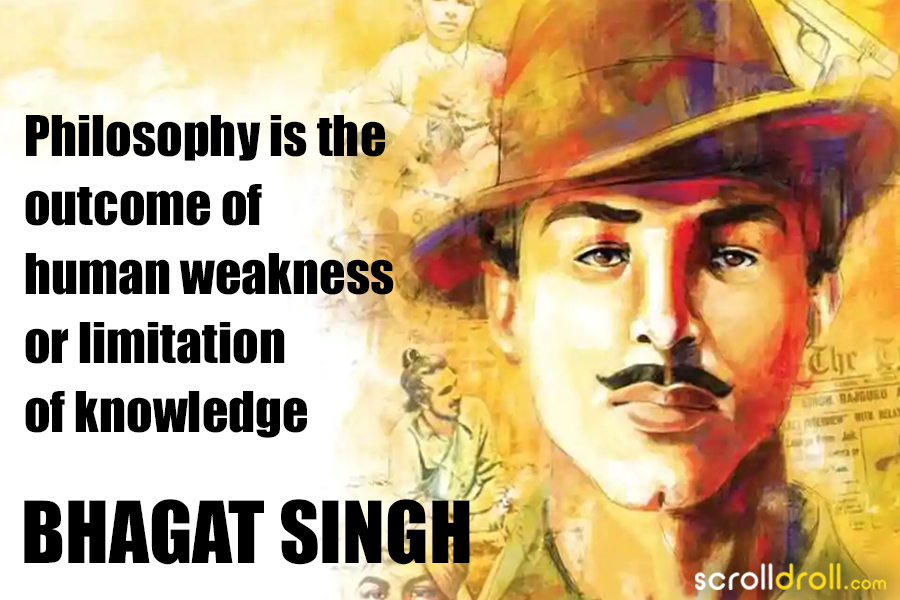 14. Man’s duty is to try and endeavor, success depends upon chance and environments. 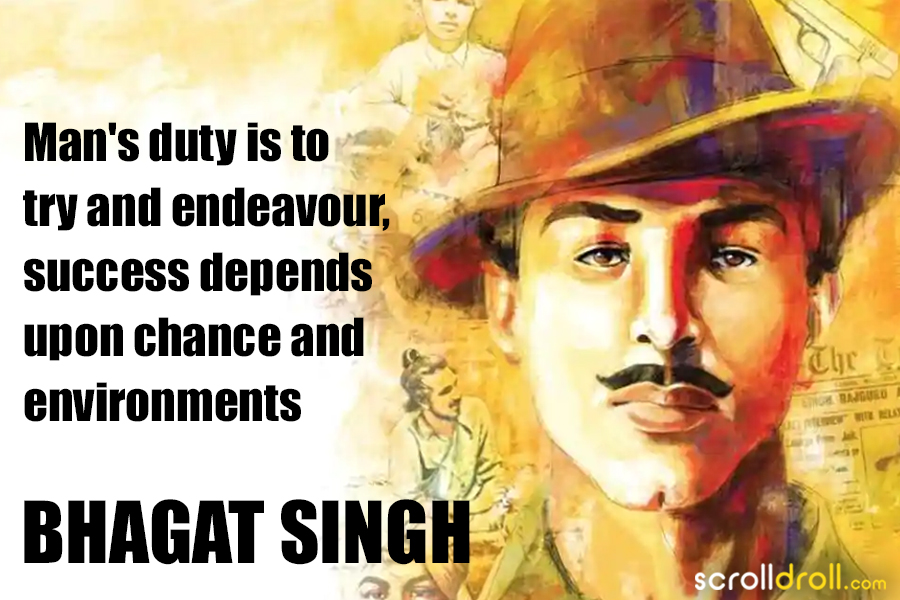 15. Merciless criticism and independent thinking are the two necessary traits of revolutionary thinking. 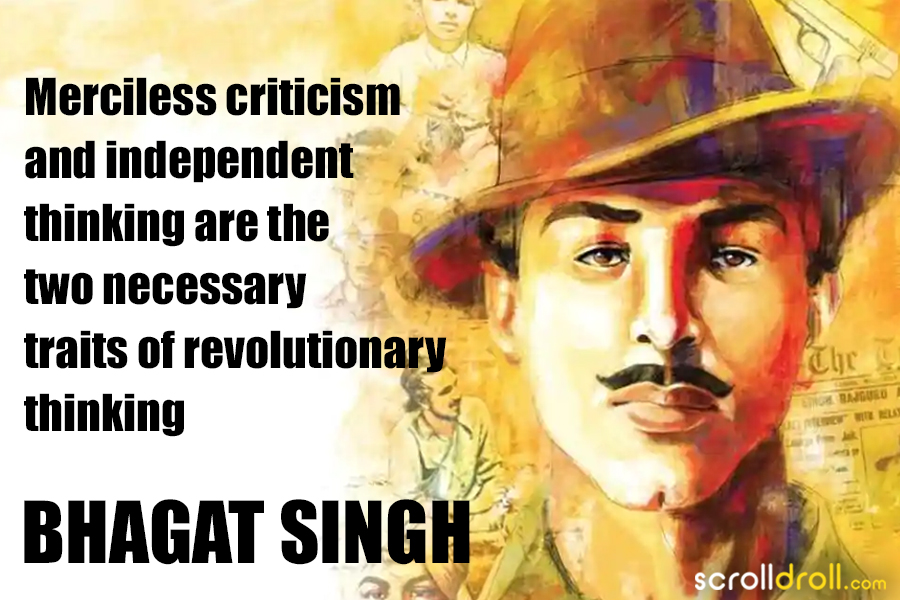 16. Lovers, Lunatics & poets are made of same stuff. 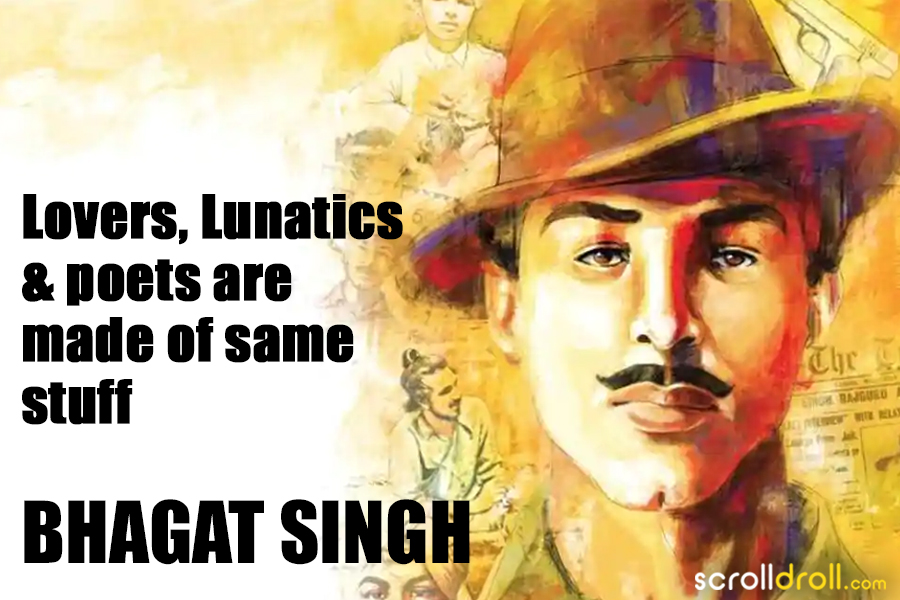 17. “My life has been dedicated to the noblest cause, that of the freedom of the country. Therefore, there is no rest or worldly desire that can lure me now.” 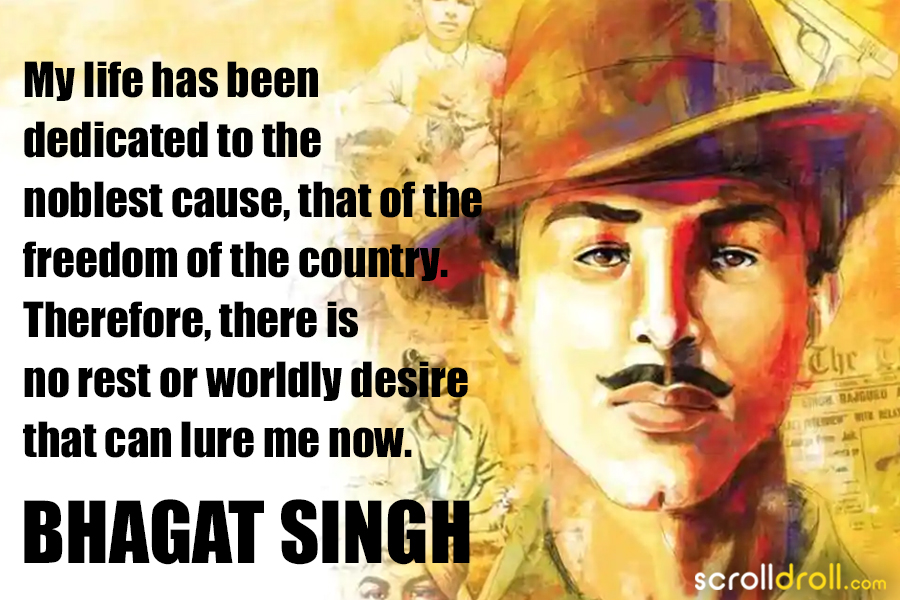 18. “When your last days come, you will begin to believe.”
“No, dear sir, Never shall it happen. I consider it to be an act of degradation and demoralization. For such petty selfish motives, I shall never pray.” 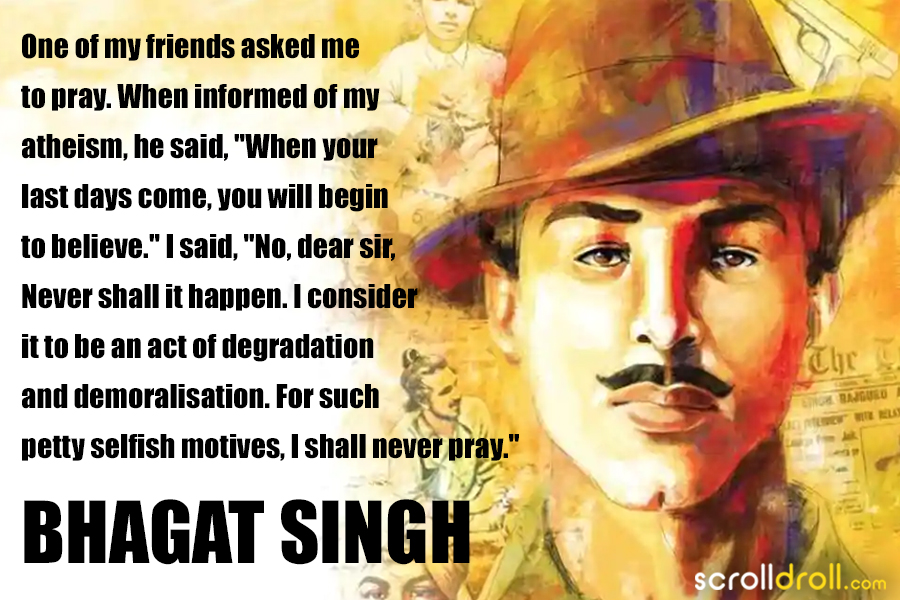 Bhagat Singh‘s ideas still reside in the hearts of every Indian esp those who wish to fight oppression, challenge existing beliefs and stir up the revolution of ideas. Which of these Bhagat Singh quotes struck you the most?