Bikaner, the fourth largest city of Rajasthan, is located in the northwest of the state. It is at the apex of the triangle which it forms with other two desert cities of Rajasthan, Jaisalmer, and Jodhpur. Founded and built by the Rathores, Bikaner has gained popularity over the years for three things– its quality of construction, arid climatic conditions, and its savories. 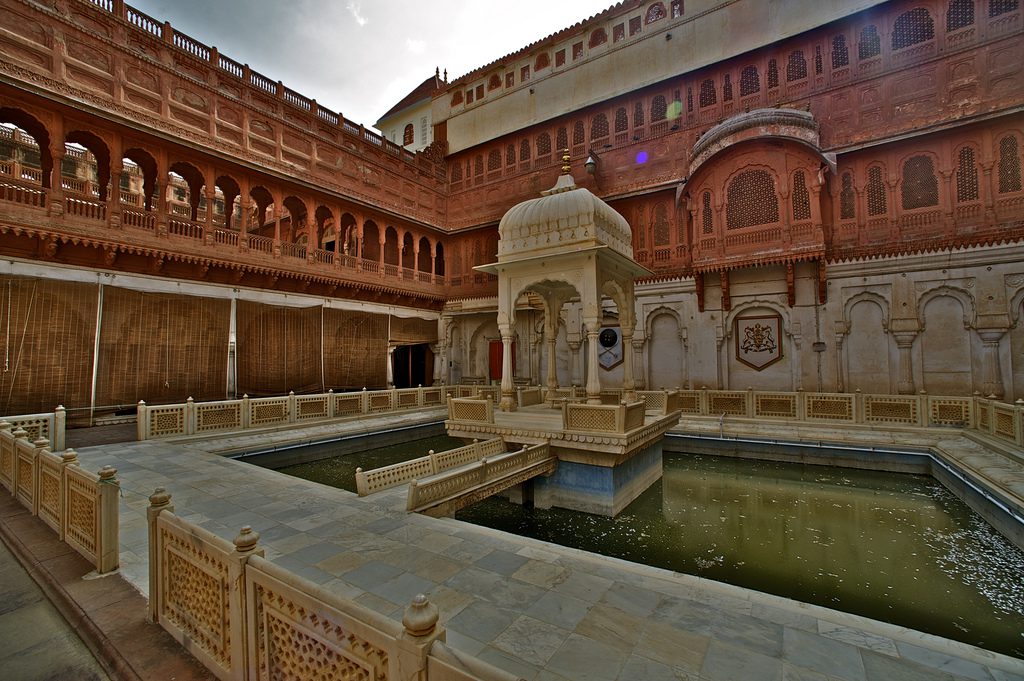 Its hostile climatic conditions make Bikaner a relatively less popular tourist destination. However, despite all the reluctance, its architectural wonders make Bikaner a hidden sandstone gem of the state.
Earlier known as Jangladesh, the city of Bikaner was built by Rao Bika, the hostile firstborn of Maharaja of Jodhpur Rao Jodha. Being the eldest son of Jodhpur’s ruler and founder, Bika wished to have a kingdom of his own to rule. Thus, he set on a journey. It took him 30 years of wandering around Rajasthan before he found Bikaner in Jangladesh area of the state.

About a century after Bikaner was founded, the sixth ruler, Rai Singh with his exemplary political moves made the city flourish like never before. His close ties with Mughals gave him a high rank in the army in the court of Emperor Akbar and his son Jahangir. Impressed by his land military tactics, which won him half of Mewar, the Mughals presented him with lands in Gujarat and Madhya Pradesh. These gifts gave Rai Singh financial resources in abundance, which he used to build the Junagarh fort and many other monuments.

Located in the Northwest of Rajasthan, Bikaner is about 500 km and an 8-hour drive from Delhi. The city has considerably good connectivity via road, rail, and air. From Jaipur, the state capital, Bikaner is about 335 km.

Located in the middle of the Thar Desert, Bikaner experiences extreme climatic conditions. While during the Summer season it can get unbearably hot and dry, the Winter season might witness a mercury drop below freezing. There’s very little rainfall and the mercury climbs up to 45 degrees during Summer season.

Things to See & Do In Bikaner

The not-so-favorable climatic conditions of Bikaner make it a destination not many travelers look forward to. However, if you like to walk the road less traveled, Bikaner’s magnificent forts, havelis, and forts will make your trip worth it. Two days are more than enough to trot the locales and visit all the heritage sites in the city.

Originally called Chintamani, Junagarh fort is one of the major forts of the state that isn’t located on a hilltop. The fort was built under the rule of Raja Rai Singh, the sixth ruler of Bikaner. Adorned with palaces and temples, the Junagarh fort is spread in an area of 5.28 hectares. According to popular legends, the mighty fort came under the attack of enemies more than just a couple of times. However, no one was ever able to barge into the fort. 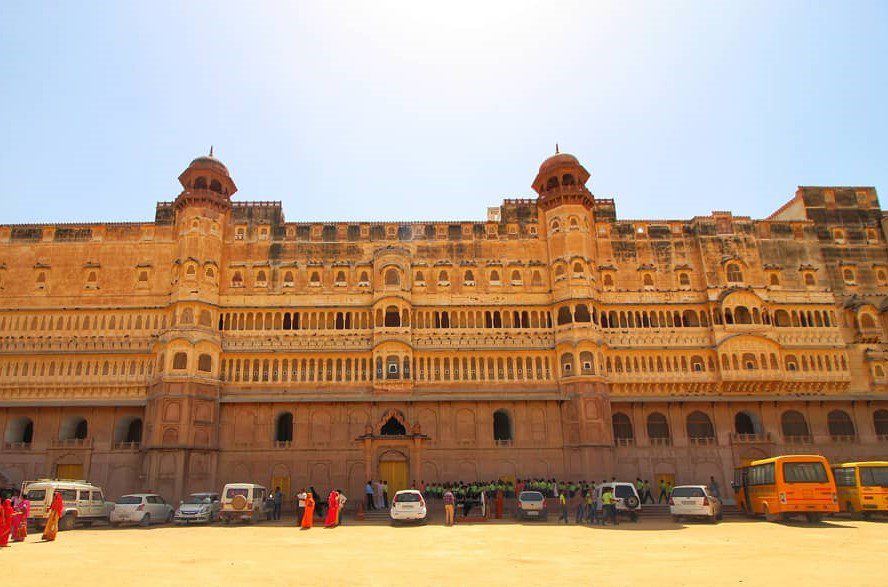 Located 30 km away from Bikaner, Karni Mata or the Rat Temple is dedicated to Karni Mata, an incarnation of goddess Durga. While intriguing for some, there are a substantial number of devotees who flock the temple every year to offer their prayers and feed the rats of the temple. 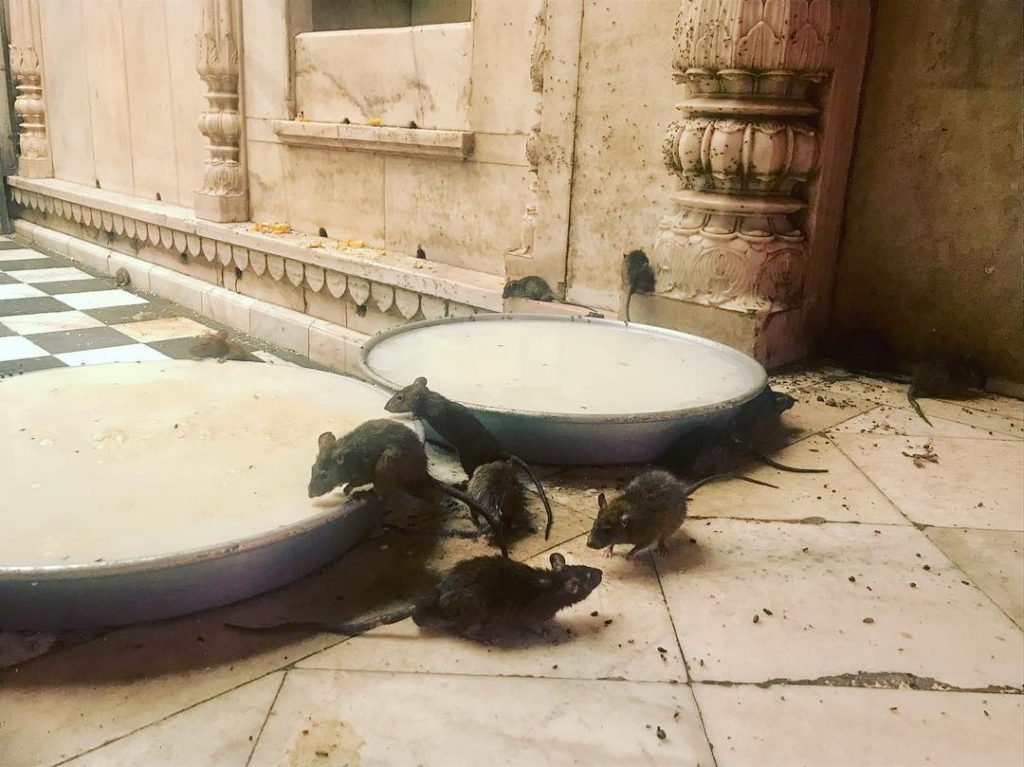 Once a summer holiday home of royals, Gajner Lake now is a spectacular tourist destination which is now a part of a luxury hotel. Tourists can enjoy boating at the lake in solar-powered boats. Hundreds of migratory birds of varied species flock the lake during the winter season. 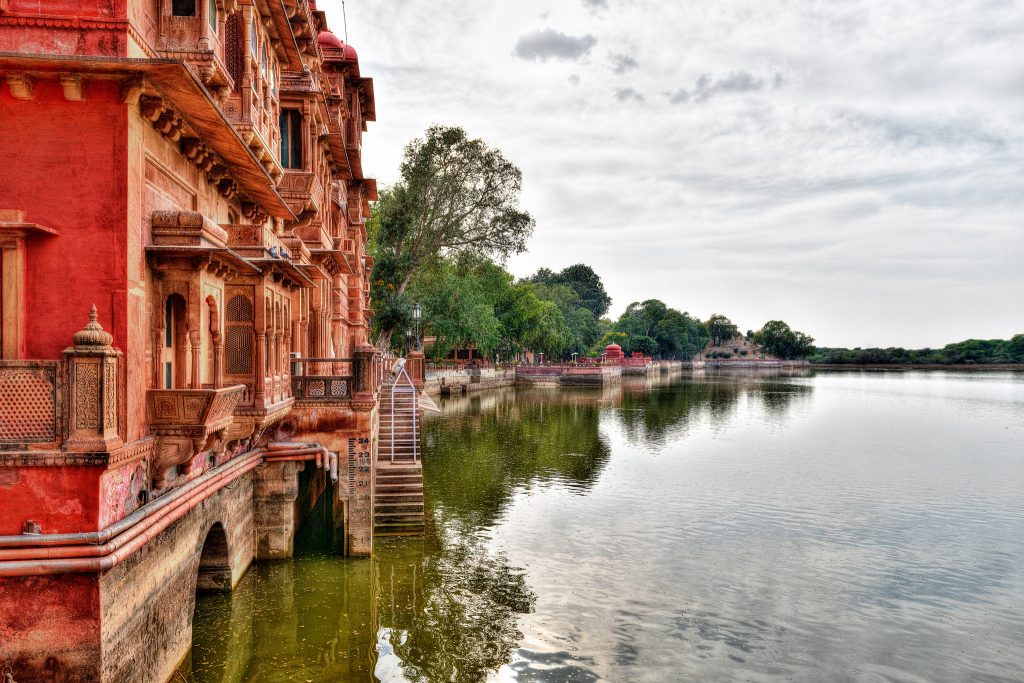 Bikaner is a city with extreme climatic conditions. However, the months between October and March remain considerably cool and pleasant making it the best time to visit Bikaner.