Nestled in the heart of the Himalayas gives every part of Uttarakhand the privilege of being home to spectacular views of the mighty mountains and its peaks. But, what sets Chandrashila apart from all the other places in the state is its unmatched and untouched beauty. Chandrashila, literally meaning ‘Moon Rock’, is a Himalayan mountain peak set at a height of 13,000 ft from sea level. The Chandrashila peak has the astounding view of the second highest mountain summit, Nandadevi along with several others, which makes it a favorite amongst trekkers. 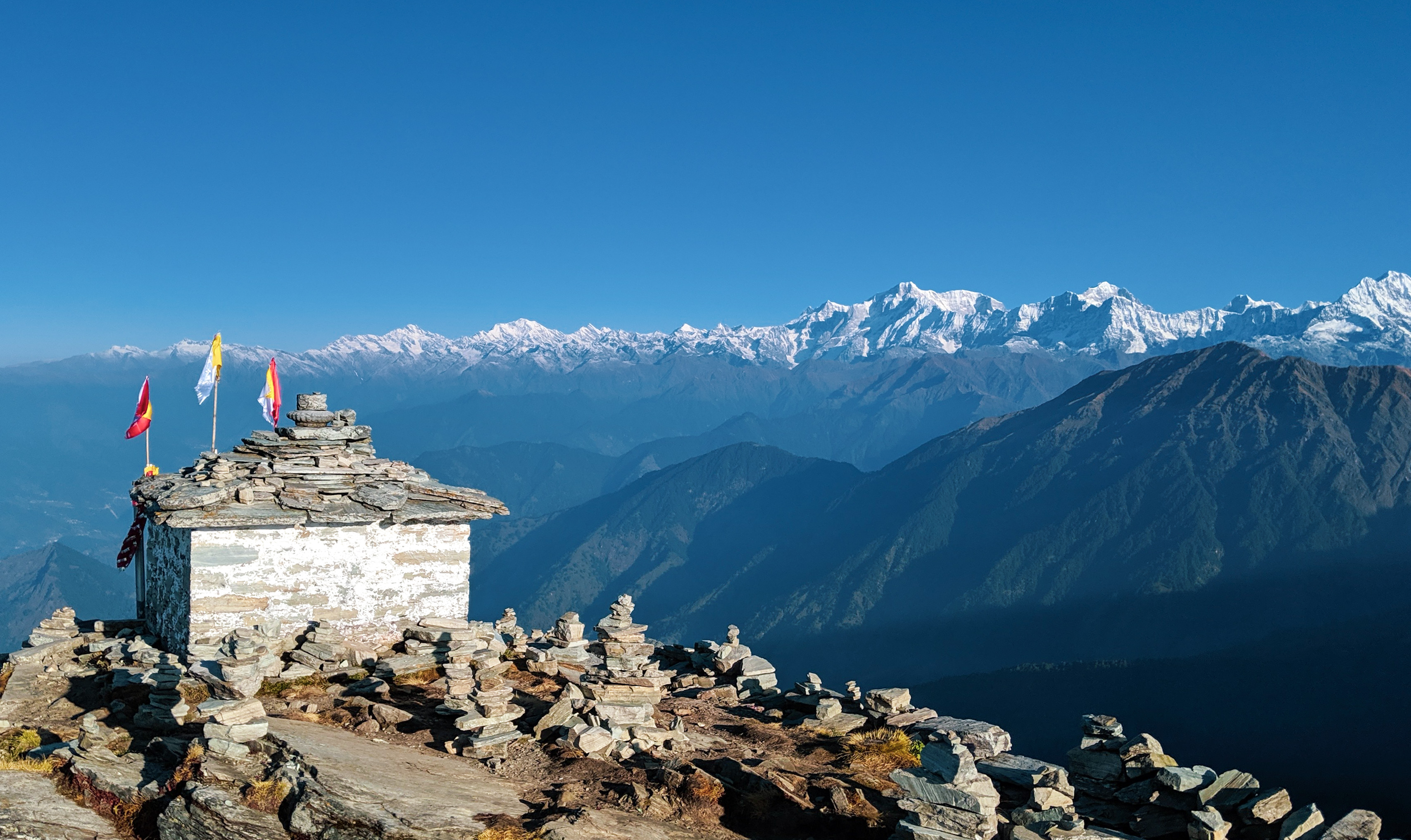 Embellished with snowy terrains (in winter) and green pastures (in spring and summer), coniferous trees and plants covered in mist with snow-clad mountain peaks set in the backdrop—that’s just about the trek to Chandrashila. The destination itself is home to the natural beauty that renders most trekkers speechless.
The most unique thing about Chandrashila trek is its year-round accessibility. Not just that, every season brings with it exclusive advantages of the trek.
The 4-day trek to Chandrashila is guaranteed to bring you the closest to nature. Himalayan rhododendrons, pines, oaks and maples trees make a spectacular forest trail for trekkers climbing to Chandrashila peak. And, if that was not enough to satisfy your inner nature-lover, there are numerous species of birds that welcome you to one of the most spectacular parts of Uttarakhand.
Once you start approaching Chandrashila, all the tallest Western and Eastern Summits of Uttarakhand start popping into your view. While standing at the top of Chandrashila summit, you get a view and that is incomparable.

Nestled in the Garhwal Himalayas of Uttarakhand, the Chandrashila summit is located at an elevation of 13,000 ft. With regular halts, the trek to the summit takes 4 days at least. There are several itineraries that can be followed to reach Chandrashila peak, and one of the most picturesque out of the many routes is the one that starts from Sari.

Located in the Rudraprayag district of Uttarakhand, Sari is an 8-hour drive from Haridwar and makes for a spectacular base camp for Chandrashila trek. At an altitude of 6,600 ft, Sari is well equipped with hotels, campsites and guest houses to host trekkers. After taking a night’s halt at Sari, trekkers can set off for Deoria Tal the next morning. 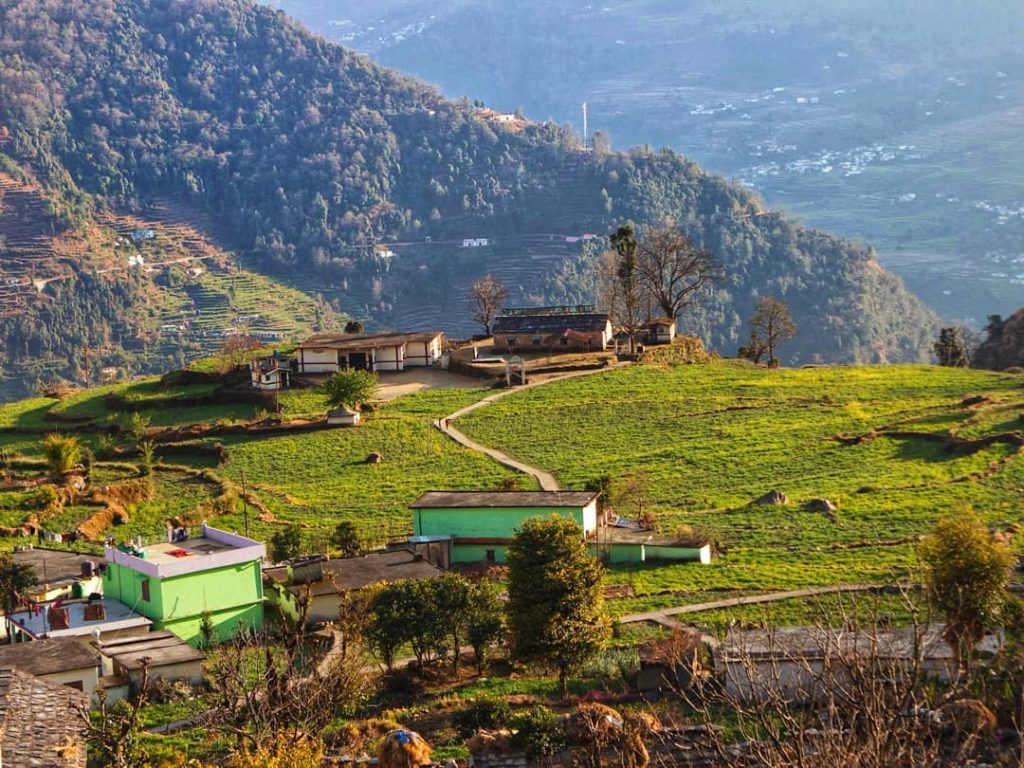 Just 3 km away and 1 hour away from Sari is Deoria Tal—the gorgeous campsite. The trek to Deoria Tal is a one its kind experience. The trekkers come across ancient temples, small village houses, and huge farmlands on their way to Deoria Tal. On reaching the destination, the view looks nothing less than a magic—emerald water placed right in the heart of a mountain at 7,850 ft. 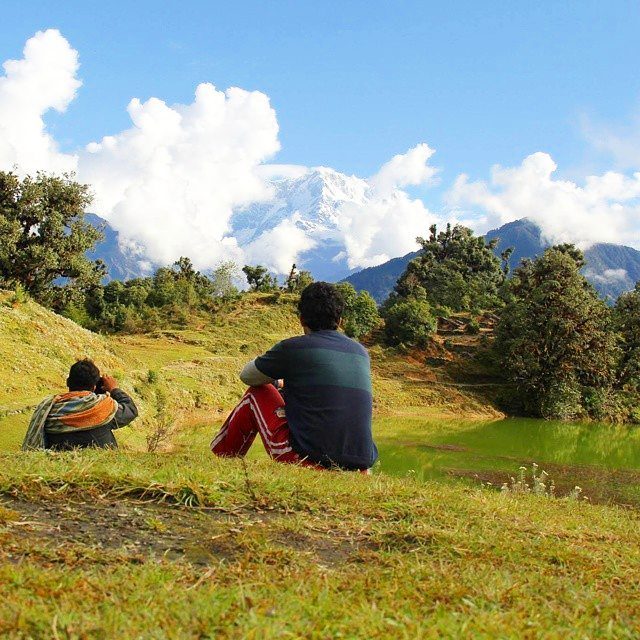 After camping under the stars at Deoria Tal for one night, the trekkers prepare for a 14-km and a 9-hour long trek to Chopta the next morning. Steep climbs are followed by rapid descends on this trek and a major change in the landscape can be witnessed. Maple tree forest trails and water bodies are soon left behind once you get closer to your destination. However, the chirping of birds and tiny shepherd huts keep you intrigued throughout the trek. After trekking for one complete day, trekkers finally reach Chopta in the evening, where beautiful camps at 8,800 ft, wait to be explored. 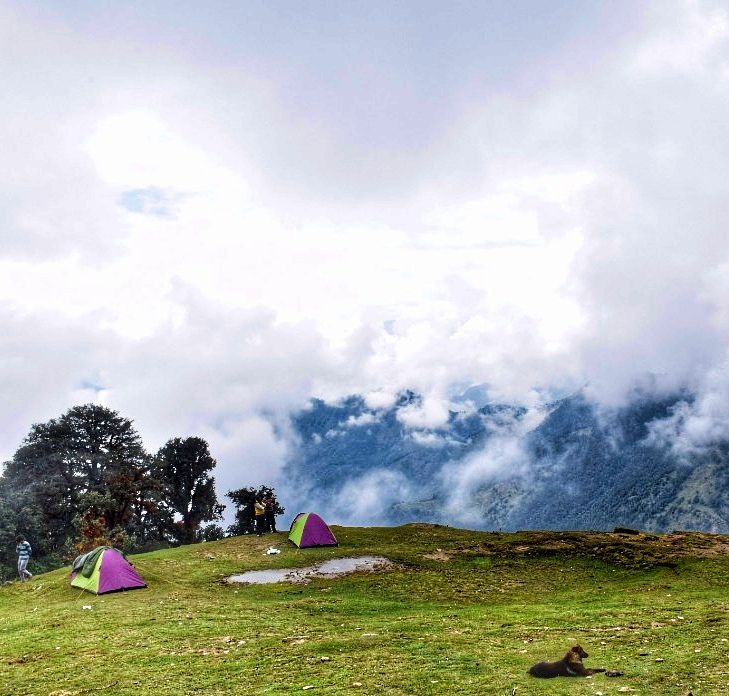 An 8-km trek from Chopta will mark the final leg of your journey. However, the most interesting part of the trek is the 1,000-year-old temple, known as Tungnath, which is en route. The temple stands at 12,000 ft and is dedicated to Lord Shiva, making it the highest Shiva temple in the world. Another 1.5-km trek and a 600-ft ascent from Tungnath temple will take you to your destination—the breathtaking Chandrashila summit. 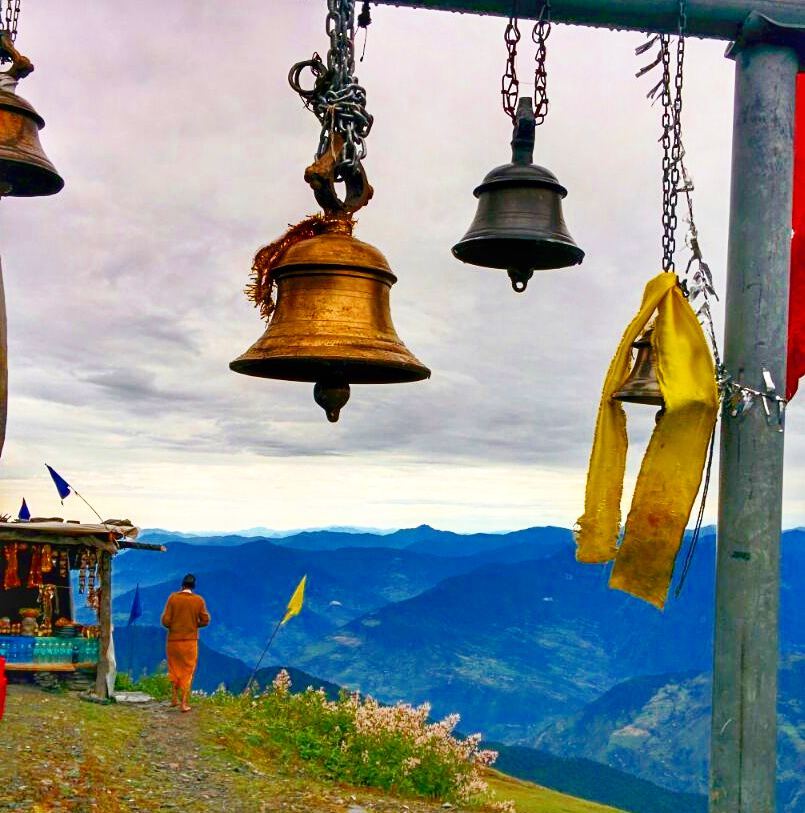 The Sari village, base camp for the trek is 424 km from Delhi, 192 km from Rishikesh and 212 km from Haridwar.

The month of December marks the beginning of Winter at Chandrashila and it lasts till March. The temperature during these months varies anywhere between 3 and -4 degrees and the peak remains covered under thick snow. From April onwards, the snow starts to melt and the climate becomes pleasant. The temperature from April to September varies between 4 and 11 degrees. The place receives heavy rainfall during the months of July and August.

The best time for Chandrashila trek is anytime between April and June. However, if you wish to witness the beauty of the peak during the winter season, plan a trekking expedition between January and March.