10 Best English Thriller Movies of 2022 That Are Super Tense

The year 2022 is an exciting time to be a movie fan. We have a lot of new movies to look forward to this year, and we’ve got them all in one place! There are so many great new releases on Netflix, Amazon Prime, and other streaming services that it’s hard to keep up with all of them. In this post we will list 10 of our favorite English thriller movies of 2022.

The Outfit, a suspenseful and superb thriller from ‘The Imitation Game’s’ Academy Award-winning author, follows a skilled tailor who must outsmart a violent gang of mobsters in order to survive a crucial night. 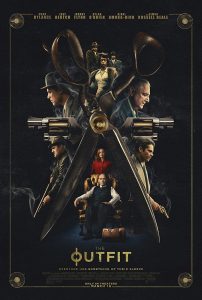 A father and his two teenage kids are the targets of a heart-pounding new movie about a rogue lion determined to show that the savannah has only one top predator. Dr. Nate Daniels, a widowed husband, takes his girls on a long-planned journey to South Africa, where he first met his wife, to a game reserve run by Martin Battles, an old family friend and wildlife biologist. But what starts off as a healing excursion quickly turns into a terrifying battle for survival when a lion begins chasing them. This lion is a bloodthirsty poacher’s survivor, and he now views all people as his enemies. 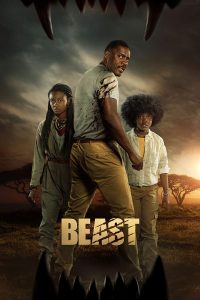 Alex, a skilled assassin, becomes a target after he declines to carry out an assignment for a perilous criminal organization. The investigation into the body trail involves FBI agents and Mexican intelligence, and it brings them closer to Alex. With the FBI and the crime syndicate close behind, Alex has the ability to keep one step ahead. However, his acute memory loss interferes with every action he makes. Every decision Alex takes must be questioned, as must his final level of trust. 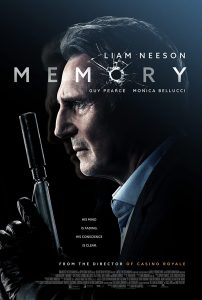 Based on Mark Greaney’s 2009 novel of the same name, The Gray Man is Anthony and Joe Russo’s 2022 action-thriller. A psychotic former coworker places a bounty on the death of the most competent mercenary working for the CIA, whose true identity is unknown, after he accidently reveals dark agency secrets, sparking a worldwide pursuit by assassins. 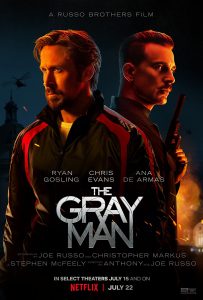 Ani FaNelli, a sassy New Yorker with a killer wardrobe, a sought-after job at a glamorous magazine, and a fantasy Nantucket wedding on the horizon. Ani is forced to face a dark truth that could upend her well planned existence when the director of a crime documentary asks her to share her side of the shocking incident that occurred while she was a youngster at the elite Brentley School. 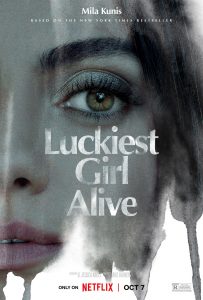 In this horrific thriller, a young American woman and her husband relocate to Bucharest, and she soon starts to wonder whether the stranger watching her from the apartment building across the street is indeed a serial killer who beheads women in the area. 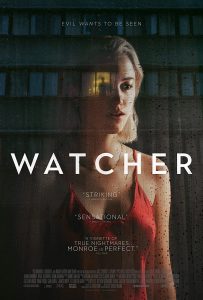 The movie is the beginning of a wild, never-ending roller coaster ride through modern-day Japan. Ladybug is a hapless assassin determined to finish the job peacefully after too many failed jobs. However, his fate may have other plans. Ladybug’s latest mission puts him on a collision course with deadly enemies around the world aboard the world’s fastest train. 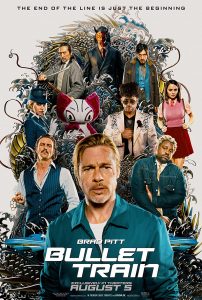 8. Crimes of the Future

The human body experiences new changes and mutations as it adjusts to a synthetic environment. Saul Tenser, a well-known performance artist, regularly exhibits the transformation of his organs in avant-garde performances with his companion Caprice. A secret organization is discovered as Timlin, an investigator from the National Organ Registry, relentlessly follows their travels. Their goal was to exploit Saul’s fame to illuminate the next stage of human development. 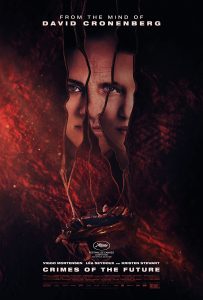 In this action thriller directed by Michael Bay, Veteran Will Sharp, who is in need of money, asks his adoptive brother Danny for assistance. Instead, Danny, a professional crook, offers him a big payday. However, their theft fails. The desperate brothers commandeer an ambulance that is carrying an injured police officer and an EMT. The most bizarre escape LA has ever seen requires Will and Danny to avoid a citywide law enforcement reaction, keep their hostages alive, and somehow manage to avoid killing each other. 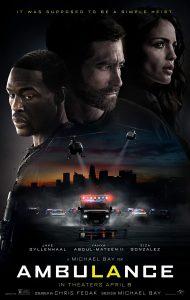 A Hitchcockian thriller focuses on a wealthy couple who discover their holiday property is being plundered when they get there. When a conceited software billionaire and his wife show up for a last-minute trip, the burglary of his empty vacation property turns sour. 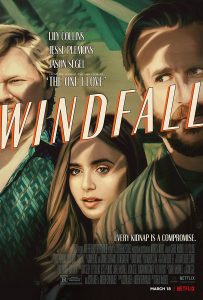 Which of these English thriller movies of 2022 are your favorite? Don’t miss out!