Indian celebrities have created their mark worldwide and made their names known, through films, music and other arts. However, there are a number of global celebrities with Indian ancestry which people do not know about who are incredibly famous. Read on to find out about these icons worldwide who have Indian roots and you might be pleasantly surprised.

One of the global icons who had Indian ancestry was Farrokh Bulsara, better known by his stage name Freddie Mercury, a British musician and composer who rose to prominence as the lead singer of the rock group Queen. Mercury died on November 24, 1991. He was renowned for his flamboyant stage demeanour and four-octave vocal range and is regarded as one of the best singers in the history of rock music. With his theatrical approach, Mercury defied the expectations of a rock frontman and influenced Queen’s aesthetic vision. Mercury, who was born in 1946 in Zanzibar to Parsi-Indian parents, started attending English-style boarding schools in India when he was eight years old. After finishing high school, Mercury moved back to Zanzibar. His family relocated to Middlesex, England, as a result of the Zanzibar Revolution in 1964. 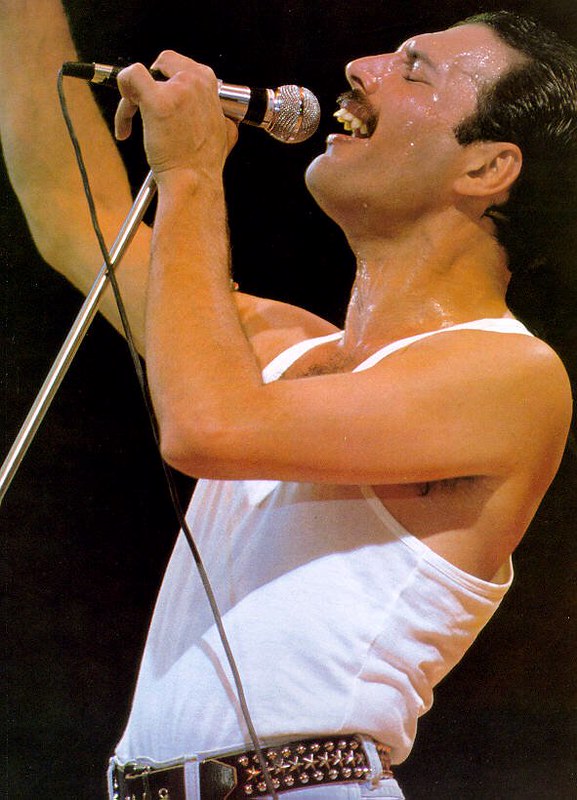 Manoj Nelliyattu “M. Night” Shyamalan is an American director, screenwriter, and actor who was born on August 6, 1970. He is most renowned for creating original movies with cutting-edge spooky themes and surprising conclusions. He was raised in Penn Valley, Pennsylvania, but was born in Mahé, India. His movies have made more than $3.3 billion in total worldwide. In 1992, he released his first movie, Praying with Anger, making his debut as a director. Wide Awake, a comedy-drama, was his second motion picture (1998). The supernatural thriller The Sixth Sense (1999), the superhero thriller Unbreakable (2000), and the sci-fi thriller Signs are among of his best-received movies (2002). Shyamalan was nominated for the Academy Award for Best Director and the Academy Award for Best Original Screenplay for The Sixth Sense. 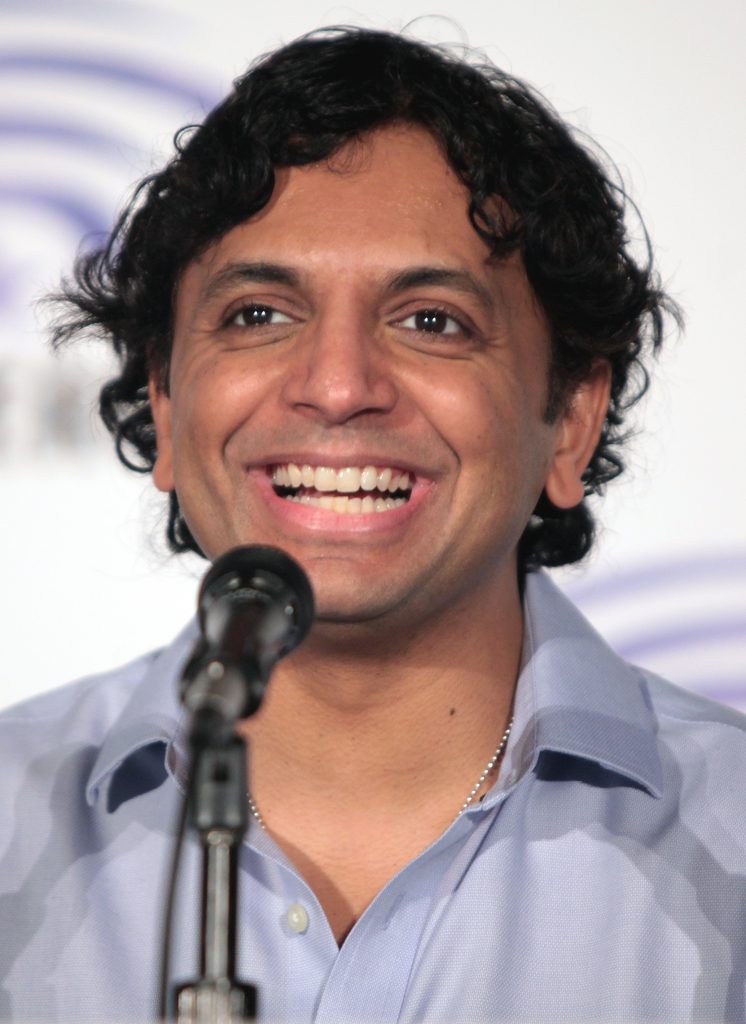 A surprising mention in our list of global celebrities with Indian ancestry is Charli XCX. Charli XCX is the stage name of Charlotte Emma Aitchison, an English singer and songwriter born on August 2, 1992. Her parents are Shameera, a former flight attendant and nurse who was born and reared in Uganda to a Gujarati Indian family, and Jon Aitchison, a Scottish businessman and former show booker. She was discovered by a promoter who asked her to perform at warehouse raves after she started publishing songs on Myspace in 2008. She was born in Cambridge and reared in Start Hill, Essex. She entered into a recording agreement with Asylum Records in 2010, and in 2011 and 2012, she released a number of singles and mixtapes under that agreement. She gained notoriety with the 2012 Icona Pop collaboration “I Love It,” which was a global hit and peaked at number 10 in both North America and Europe. 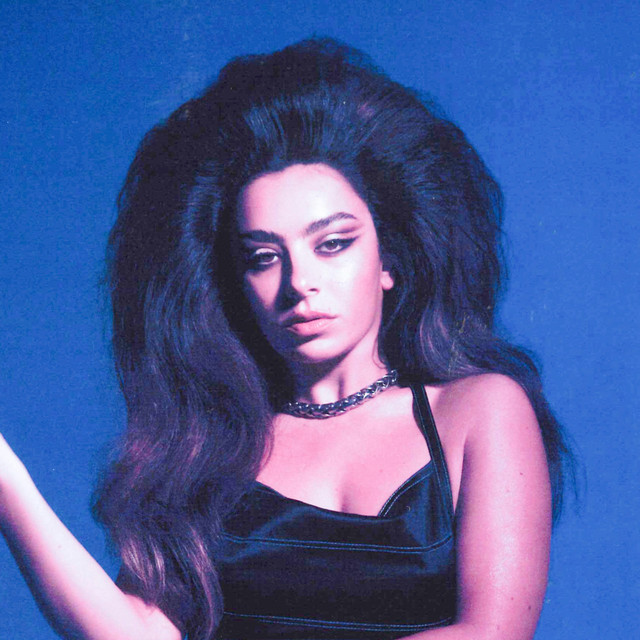 Another global celebrity with Indian ancetsry is American actress, comedian, writer, producer, and director Vera Mindy Chokalingam, whose stage name is Mindy Kaling. Mother Swati Chokalingam (née Roysircar), an obstetrician/gynecologist (OB/GYN), and father Avudaiappan Chokalingam, an architect, welcomed her into the world in Cambridge, Massachusetts. Vijay, her older brother, is her. Indian-born Kaling’s parents met in Nigeria while working at the same hospital. Her role as Kelly Kapoor on the NBC sitcom The Office (2005–2013), on which she also worked as a writer, executive producer, and director, was where she first came to public attention. She received five nominations for Outstanding Comedy Series and a Primetime Emmy nomination for Outstanding Writing in a Comedy Series for her work on the show. 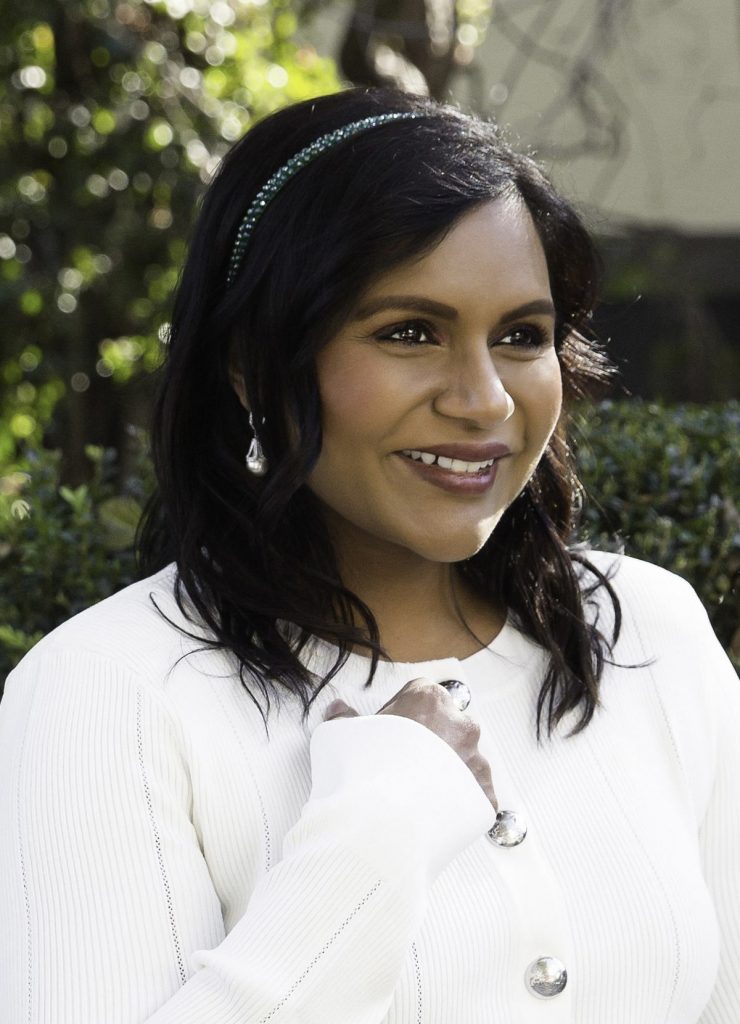 An American actor and comedian by the name of Daniel Mark Pudi. He is the son of the late Abraham L. Pudi and Teresa (née Komendant), a programmer and analyst. His mother comes from the Polish hamlet of Pokono, while his father is from the Telugu Christian village of Poduru in India. Both of his parents went to the United States and were naturalised citizens. He garnered three nominations for the Critics’ Choice Television Award for Best Supporting Actor in a Comedy Series and one nomination for the TCA Award for Individual Achievement in Comedy for his performance as Abed Nadir on the comedy television series Community. He has played Brad Bakshi in the comedic series Mythic Quest on Apple TV+ since 2020. He provided Huey’s voice for the 2017 remake of DuckTales. 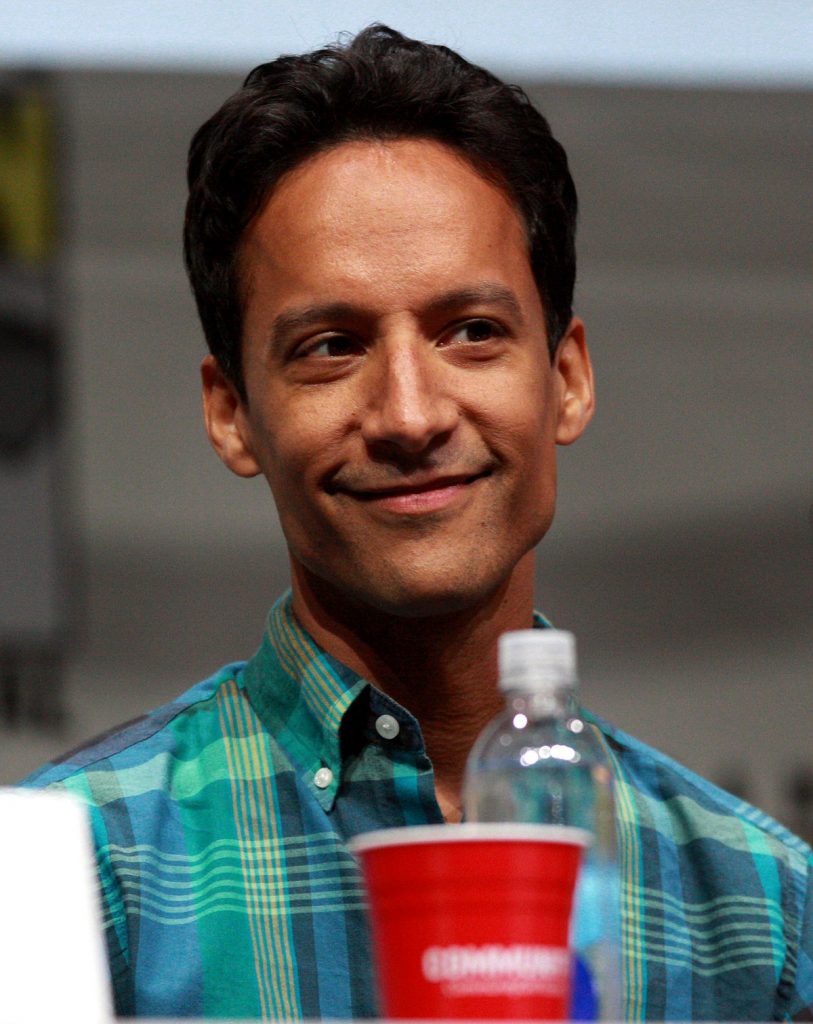 An English actor with a more than 50-year career, Sir Ben Kingsley was born Krishna Pandit Bhanji, and is an obvious mention in our list of global celebrities with Indian ancestry. Numerous awards have been bestowed to him, including two Golden Globes, an Academy Award, a British Academy Film Award, a Screen Actors Guild Award, a Grammy Award, and a Grammy. Kingsley began his career in theatre, joining the Royal Shakespeare Company in 1967 and spending the following 15 years primarily performing on stage. He was born to an English mother and a Gujarati father with roots in Jamnagar. He played the lead in performances of As You Like It, Much Ado About Nothing, Richard III, The Tempest, A Midsummer Night’s Dream (including Peter Brook’s 1970 RSC version of the play), Hamlet, and others. In 1967, he made his West End debut for the company at the Aldwych Theatre. 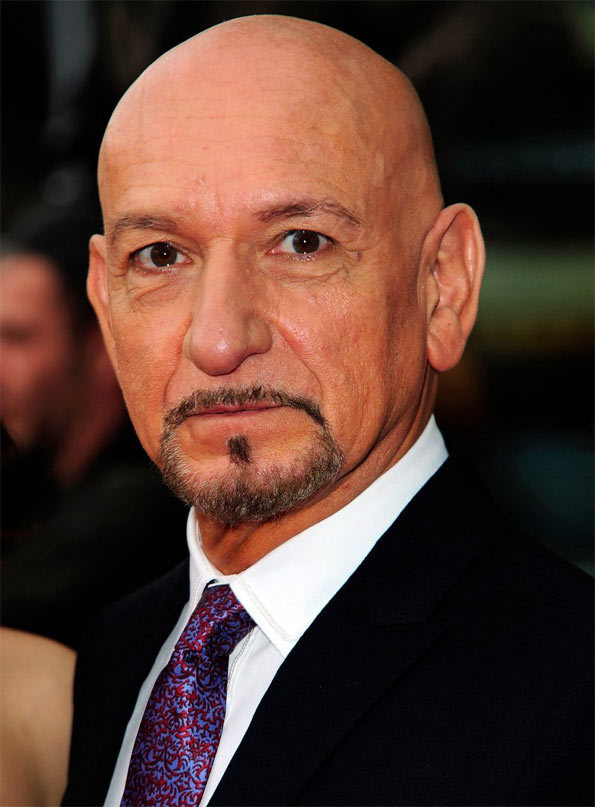 Indian actress Freida Selena Pinto (born 18 October 1984) has primarily acted in American and British movies. She made the decision to become an actor at an early age. She was born and raised in Mumbai, Maharashtra. She participated in amateur plays while attending St. Xavier’s College in Mumbai. She worked as a model for a short time after graduating before moving on to become a television host.
With her acting debut in the 2008 play Slumdog Millionaire, a loose version of Indian novelist Vikas Swarup’s book Q & A from 2005, Pinto shot to fame. She received nominations for the Teen Choice Award for Choice Movie Actress, the MTV Movie Award for Best Breakthrough Performance, and the BAFTA Award for Best Actress in a Supporting Role for her performance in Slumdog Millionaire. 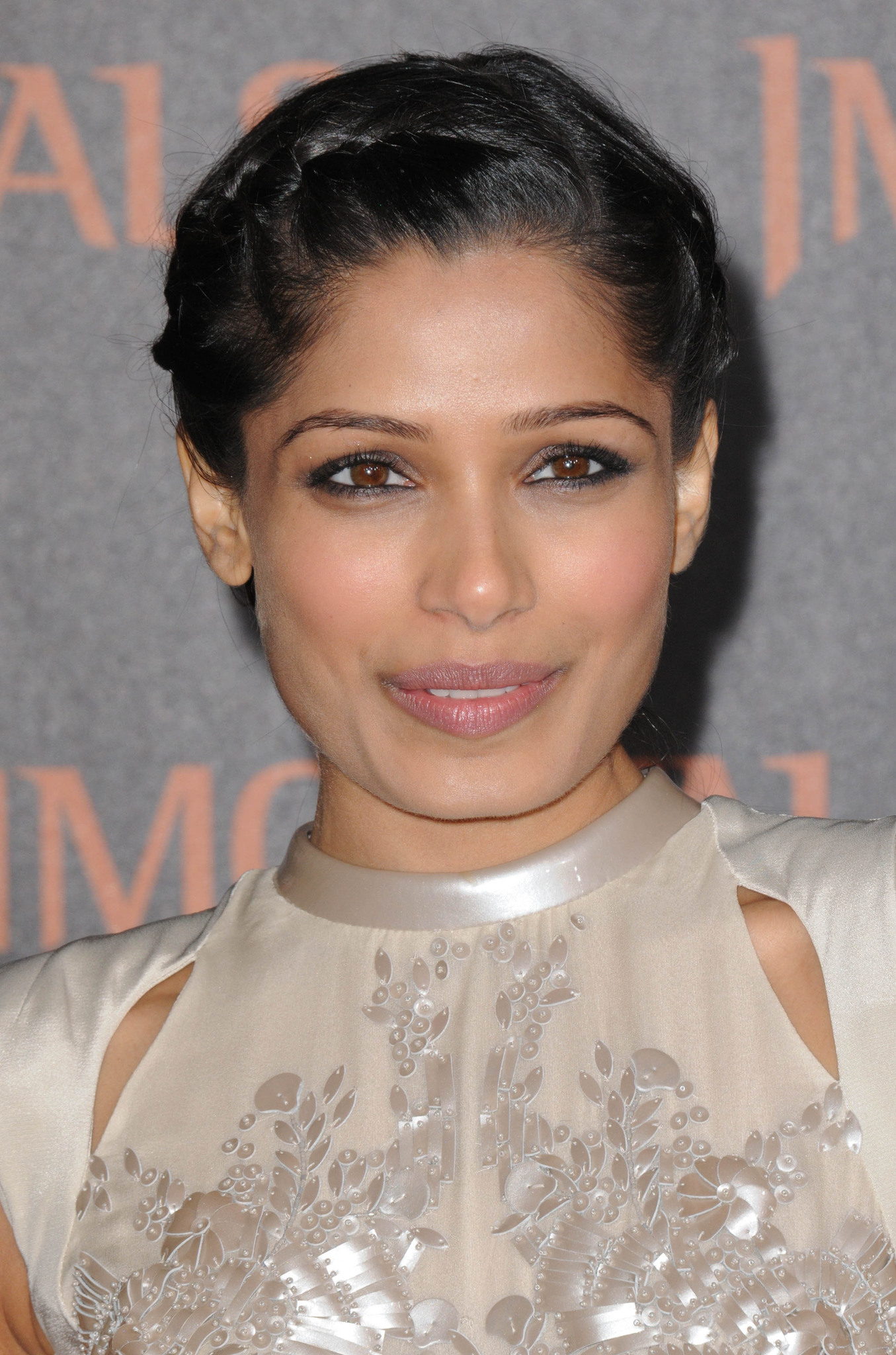 Geethali Norah Jones Shankar, better known as Norah Jones, is an American singer, songwriter, and pianist. In addition to other accolades, she has sold more than 50 million records globally as of 2012. She was ranked as the best jazz performer of the 2000s by Billboard. She was 60th on Billboard magazine’s list of the best artists of the 2000s and has received nine Grammy Awards. Jones is the half-sister of fellow musicians Anoushka Shankar and Shubhendra Shankar. She is the daughter of Indian sitarist and composer Ravi Shankar and concert producer Sue Jones. 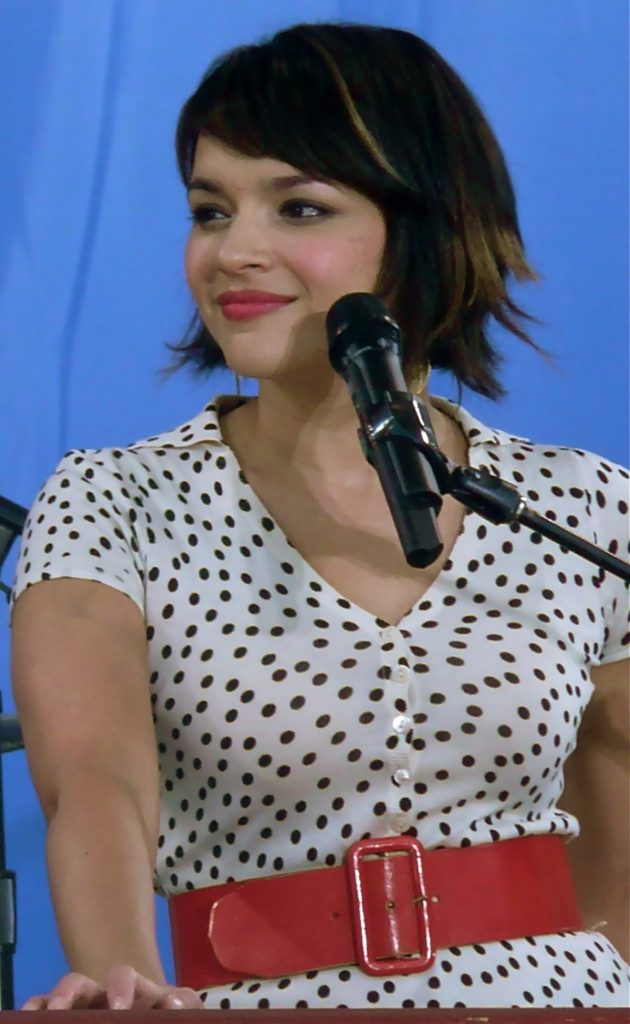 Known professionally as Kal Penn, Kalpen Suresh Modi is an American actor, novelist, educator, and former member of the Barack Obama administration’s White House staff. He was born Kalpen Suresh Modi to Indian immigrants from Gujarat in Montclair, New Jersey. He gained notoriety as an actor for his portrayal as Lawrence Kutner on the television series House, Seth Wright, a White House employee on Designated Survivor, and Kumar Patel in the Harold & Kumar movie franchise. He is praised for his role in the movie The Namesake as well. Penn has served as a guest professor at the University of Pennsylvania’s Cinema Studies Program. 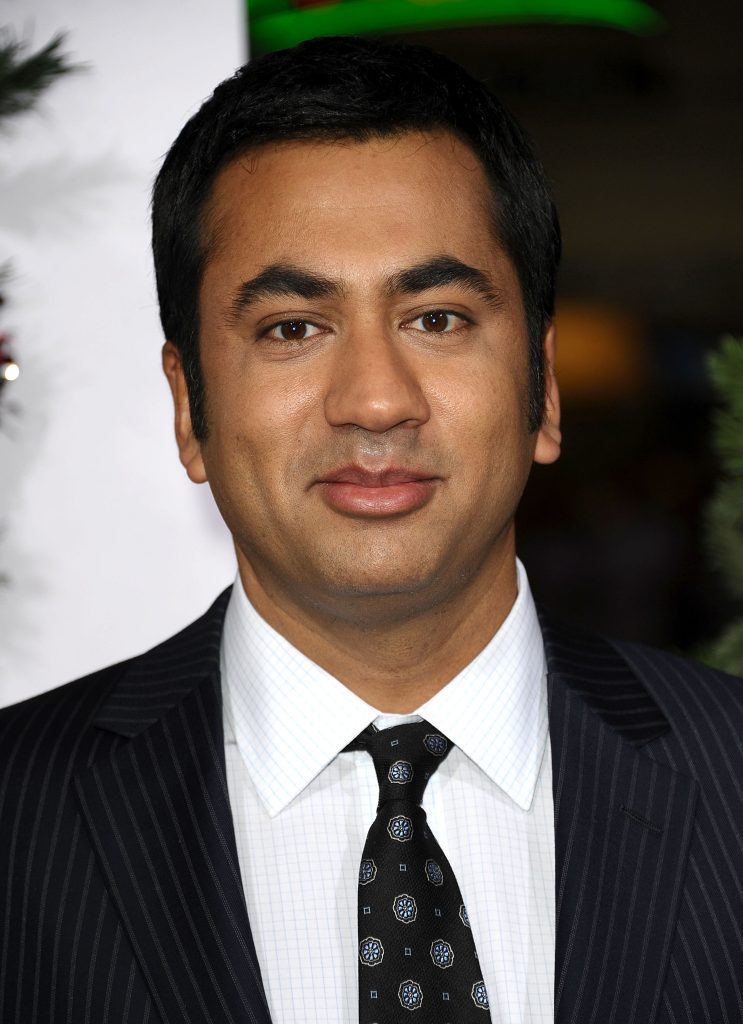 British-American author and essayist Sir Ahmed Salman Rushdie is of Indian descent. His work, which combines magical realism with historical fiction, focuses on the numerous connections, disturbances, and migrations between Eastern and Western civilizations, with much of his stories taking place on the Indian subcontinent. His second book, Midnight’s Children, which was published in 1981, won the Booker Prize and was named “the best novel of all winners” on both the 25th and 40th anniversaries of the award. He is a definitive mention when talking about global celebrities with Indian ancestry. 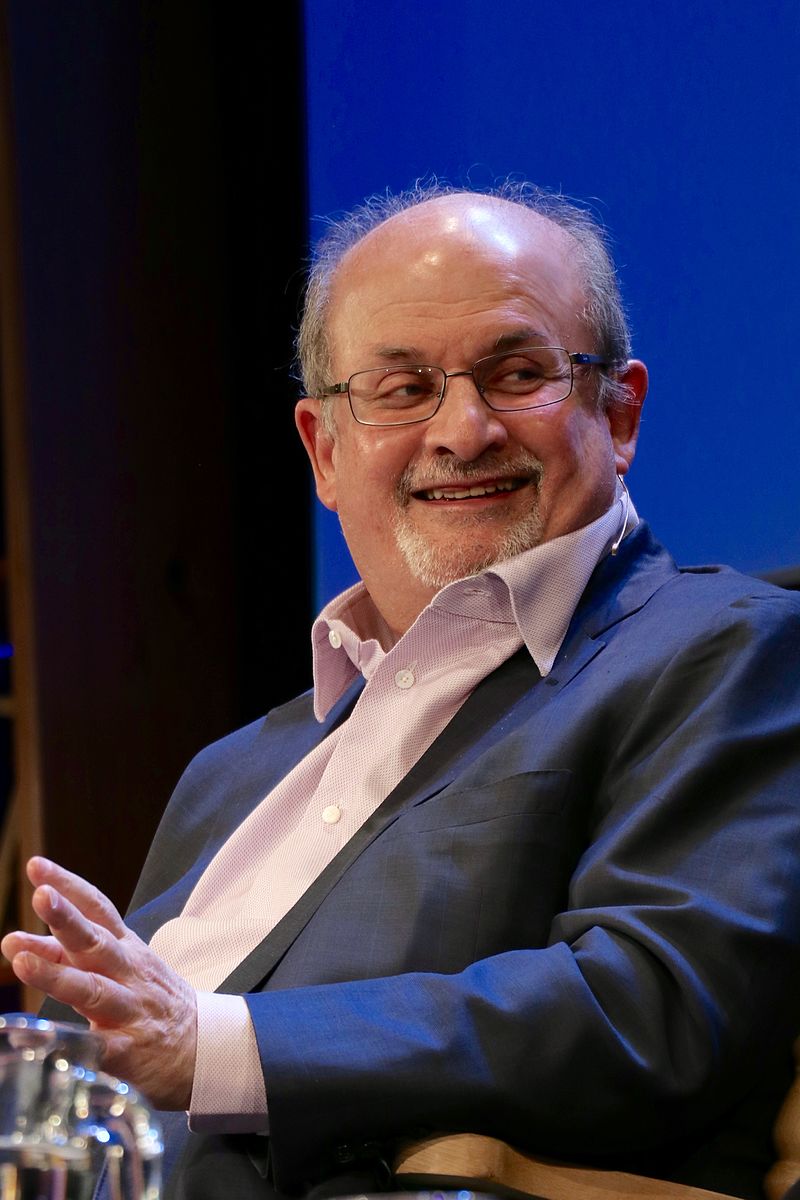 We hope this list threw you in for a loop and you found out something new about these celebs and their surprising roots. While some of them have been more or less indifferent to their ancestries, some of them have chosen to represent Indian culture on the global stage and spoken about their heritage. Regardless, we hope we surprised you a little, and gave you some fun nuggets of information.