Korean dramas range from rom-coms to thrillers, slapstick comedies to bizarre fantastical shows and manage to entrance us all with their originality. Here we compile the 10 highest IMDb Korean dramas into a list curated just for you, so that you can get on board with all the classics and keep up with them.

Also read: 20 Best Korean Dramas of All Time That Are Must Watch

1. My Love From The Star

Rated at 8.2, My Love From The Star is one of the highest IMDb rated Korean dramas of all time. Park Ji-Eun’s fantasy romantic comedy television series My Love from the Star is directed by Jang Tae-Yoo and written by Park Ji-Eun. Jun Ji-Hyun, Kim Soo-Hyun, Park Hae-Jin, Yoo In-Na, Shin Sung-Rok, and Ahn Jae-Hyun star in the film, which is produced by Choi Moon-Suk and Moon Bo-mi. It’s about an extraterrestrial creature who lands on Earth in 1609 during the Joseon Dynasty and falls in love with a top female performer 400 years later. 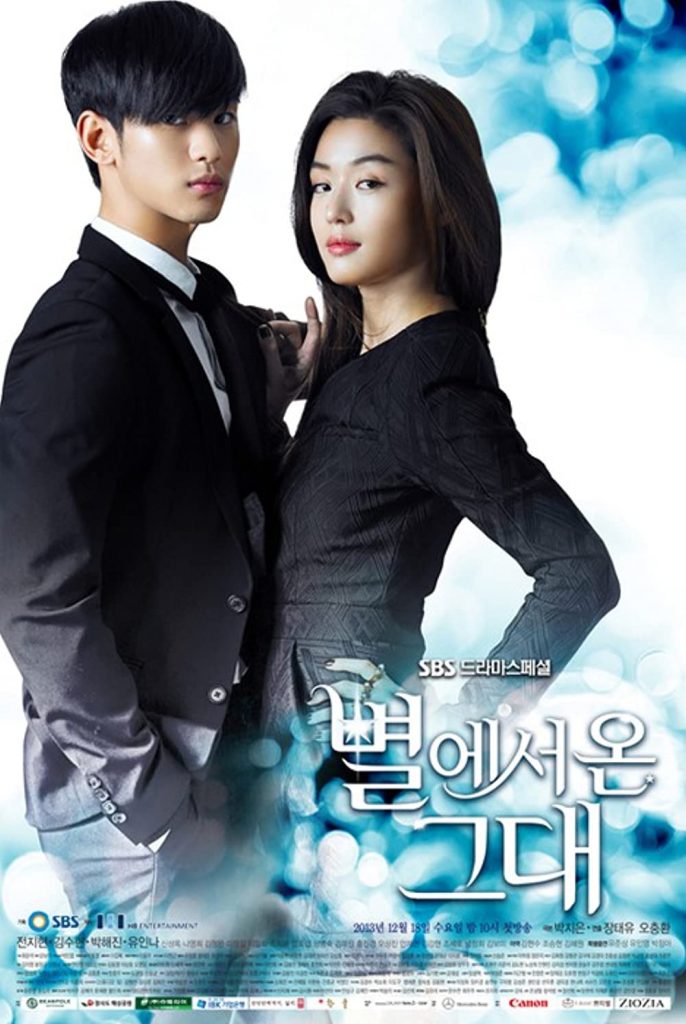 2. Guardian: The Lonely and Great God

Gong Yoo, Kim Go-Eun, Lee Dong-Wook, Yoo In-na, and Yook Sung-Jae feature in the South Korean television series Guardian: The Lonely and Great God. From December 2, 2016, through January 21, 2017, it aired on the cable network tvN. Kim Eun-Sook, a well-known drama writer, wrote it. Guardian’s last episode had an 18.68 percent nationwide audience share, making it the fifth highest-rated drama on Korean cable television. It was well-received by critics and became a cultural sensation in South Korea. It is rated 8.6, thus making it one of the highest IMDb rated Korean dramas. 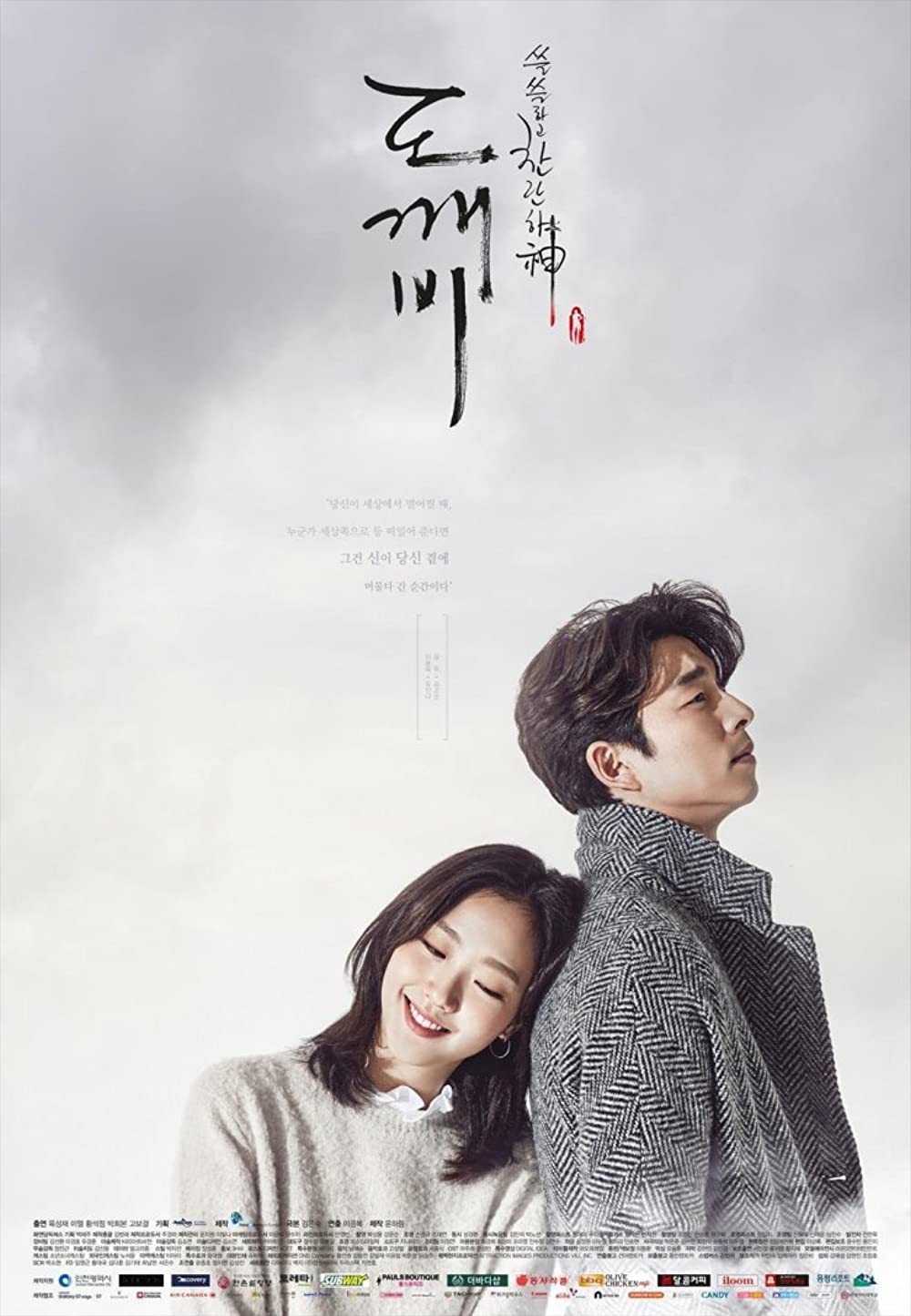 3. Descendants of The Sun

Song Joong-ki, Song Hye-Kyo, Jin Goo, and Kim Ji-won feature in the 2016 South Korean television series Descendants of the Sun. It aired on KBS2 for 16 episodes from February 24 to April 14, 2016. In South Korea, the series was a huge smash, with a peak audience share of 38.8 percent. It won multiple honours, including the Grand Prize in Television at the 52nd Baeksang Arts Awards and the Korea Broadcasting Advertising Corporation’s Most Popular Show of the Year. With a rating of 8.3,  it would be remiss to not mention DOTS when compiling the highest IMDb rated Korean dramas of all time. 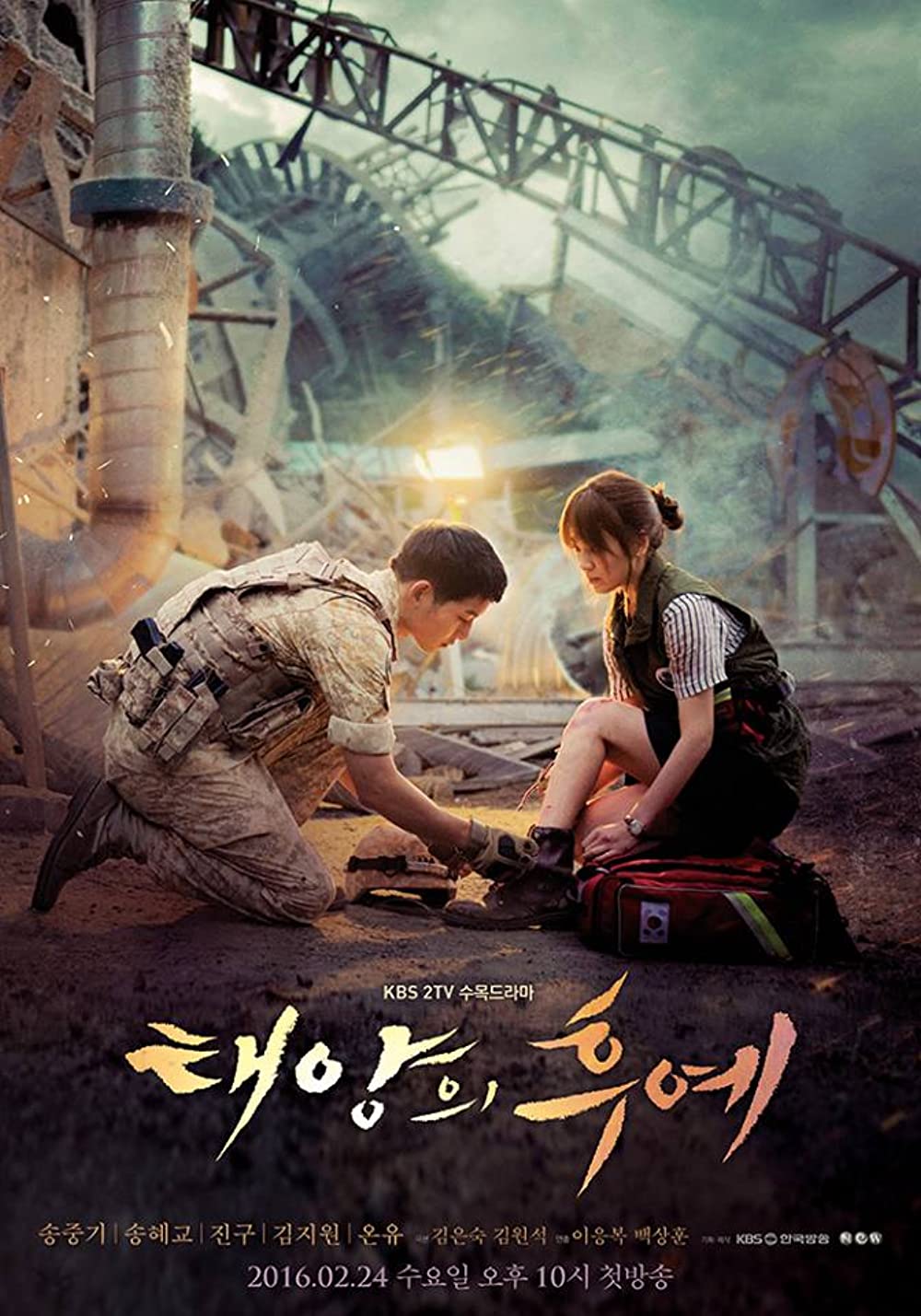 Lee Jong-Suk, Park Shin-Hye, Kim Young-Kwang, and Lee Yu-bi star in the South Korean television series Pinocchio, which aired from 2014 to 2015. The show ran on SBS from November 12, 2014, to January 15, 2015, and had a total of 20 episodes. Dal-Po, whose family was destroyed by a news station, and In-ha, his buddy who suffers from the Pinocchio Syndrome, which prevents her from lying, both become journalists and a battle for justice. It is rated at 8.1 on IMDb. 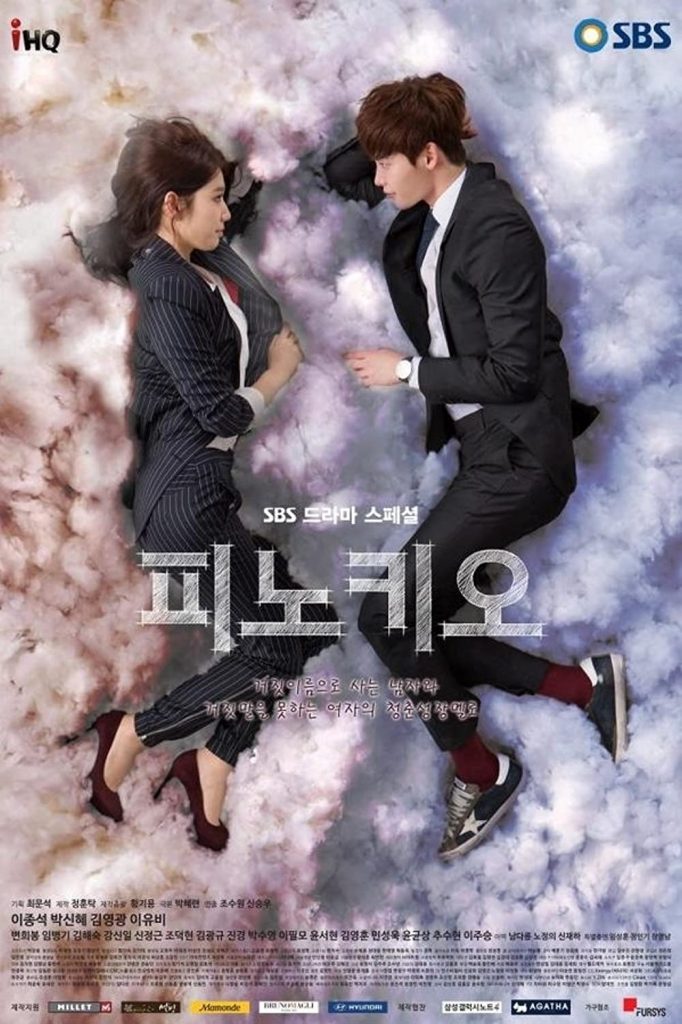 The South Korean television series Moon Lovers: Scarlet Heart Ryeo is based on the Chinese novel Bu Bu Jing Xin. It aired on SBS every Monday and Tuesday at 22:00 (KST) for 20 episodes from August 29 to November 1, 2016. It follows Ha-jin who travels 1000 years back in time and appears as a young girl named Hae-soo in the Goryeo Dynasty. Ha-jin, now stuck in someone else’s body, becomes embroiled in a power struggle with a slew of ruthless aspirants to the throne. Rated at 8.7, this k-drama tops almost every list which puts together the highest IMDb rated Korean dramas. 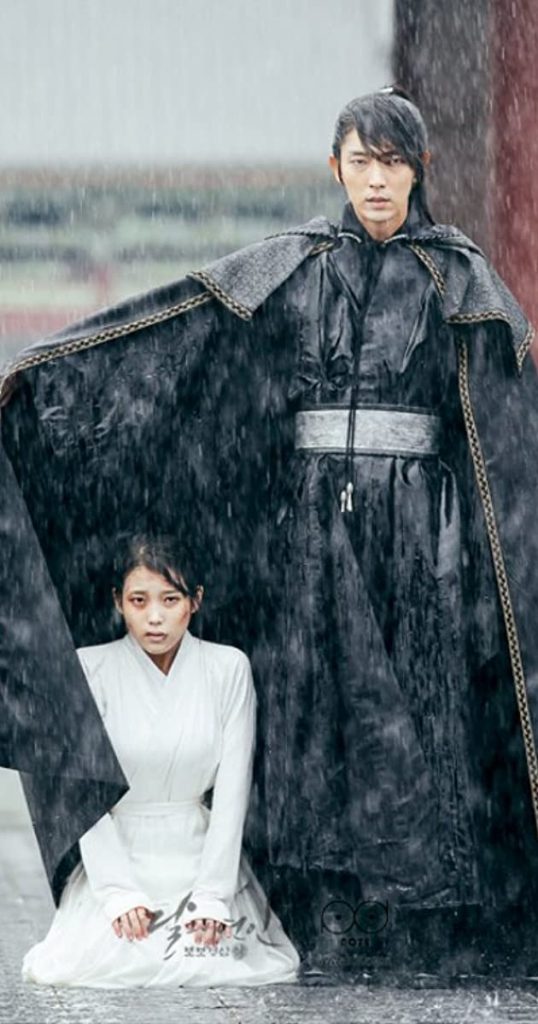 6. While You Were Sleeping

Lee Jong-suk, Bae Suzy, Jung Hae-in, and Lee Sang-yeob star in the 2017 South Korean television series While You Were Sleeping. This legal drama-fantasy television series, which consists of sixteen chapters spread across 16 episodes, follows the lives of three young adults—a field reporter, a prosecutor, and a police officer—who have developed the ability to foresee future events through their dreams after saving each other many years ago. Oh Choong-hwan directed the series, which was written by Park Hye-ryun. It is rated at 8.3 on IMDb. 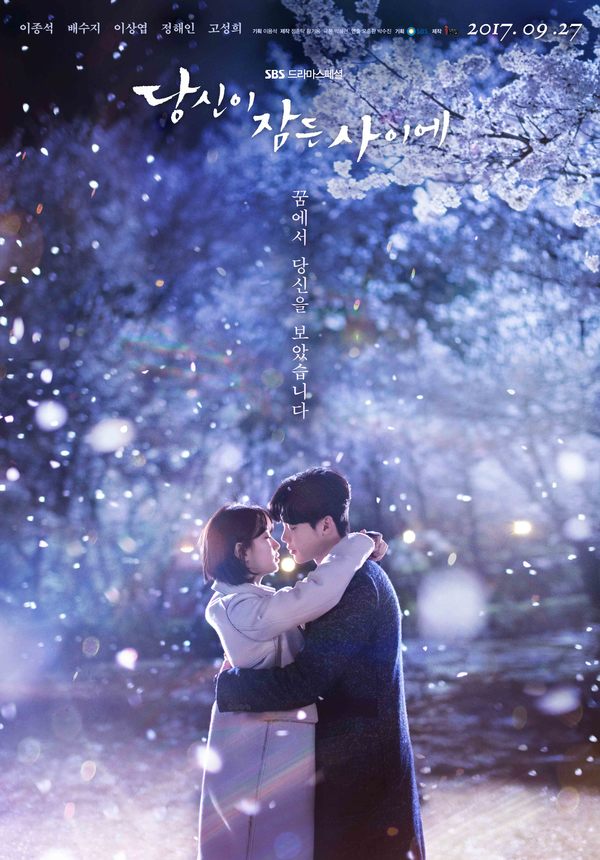 It’s Okay to Not Be Okay is a South Korean romance-drama series directed by Park Shin-woo and written by Jo Yong. Kim Soo-hyun, Seo Yea-ji, Oh Jung-se, and Park Gyu-young star in the film. A selfless psych ward attendant and an antisocial children’s book writer star in the series. From June 20, 2020, until August 9, 2020, the series was broadcast on tvN and Netflix for 16 episodes. According to Nielsen Korea, it had a 5.4 percent average nationwide TV audience rating. In South Korea, it was the most popular romance show on Netflix in 2020. One of the most popular and amazing k-dramas in recent years, IOTNBO, rated at 8.8, is one of the highest IMDb rated Korean dramas of all time. 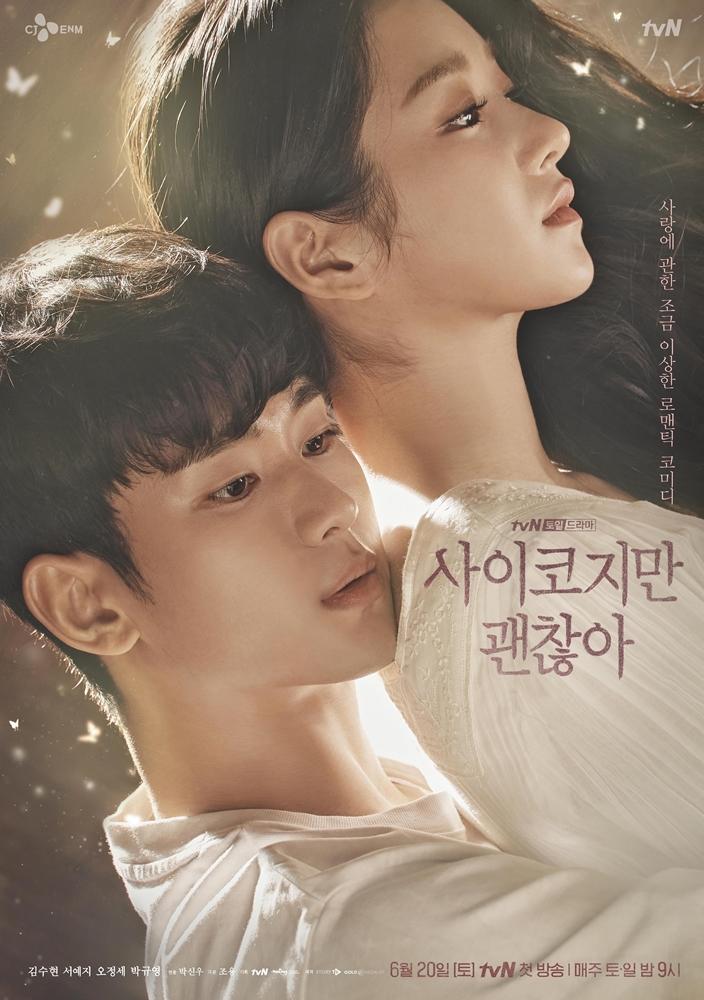 Hospital Playlist is a South Korean television show directed by Shin Won-ho and written by Lee Woo-jung. Following Prison Playbook (2017–18), this is the second instalment in the Wise Life series. Jo Jung-suk, Yoo Yeon-seok, Jung Kyung-ho, Kim Dae-myung, and Jeon Mi-do are among the cast members. It is rated at 8.8 on IMDb. 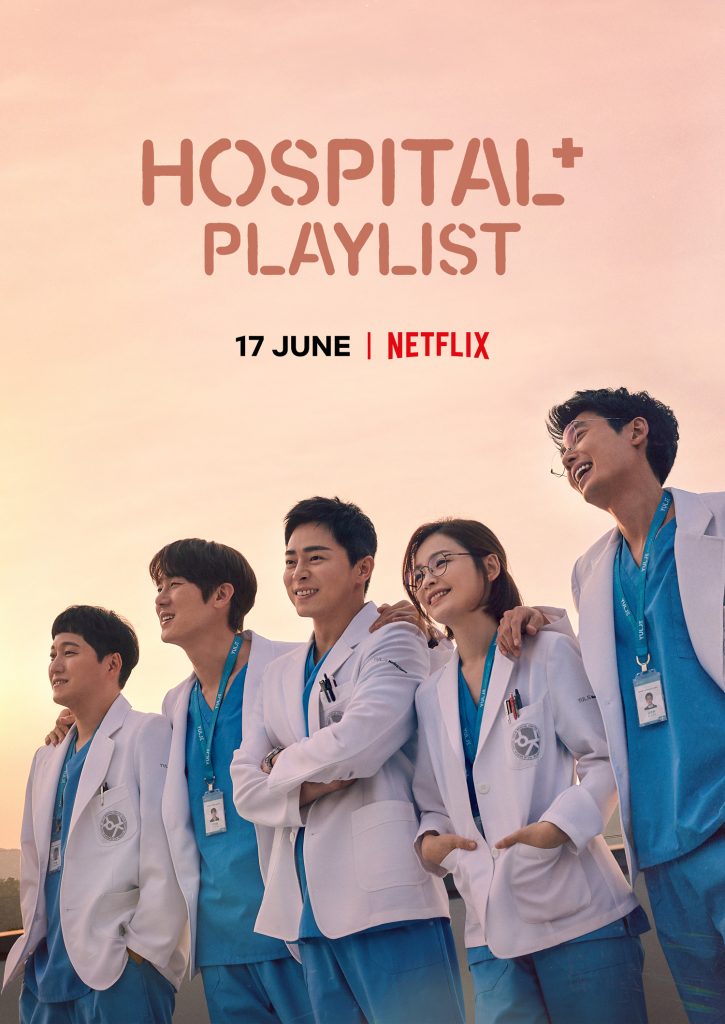 Lee Joon-Gi, Moon Chae-won, Jang Hee-Jin, and Seo Hyun-woo feature in the South Korean television series Flower of Evil. From July 29 to September 23, 2020, it broadcasts on tvN every Wednesday and Thursday, and it was streamed abroad on Netflix, iQIYI, Viki, and ViuTV with multi-language subtitles. Baek Hee-sung (Lee Joon-gi) is a guy who keeps his past and identity hidden from his detective wife Cha Ji-won (Moon Chae-won). They look to be the ideal family on the surface: a loving marriage with a lovely girl who adores her parents. Cha Ji-won and her colleagues are investigating a string of unsolved deaths when she realises that her seemingly ideal husband may be concealing something from her. It too is rated at 8.8 on IMDb, and easily makes it to every list that puts together the highest IMDb rated Korean dramas of all time. 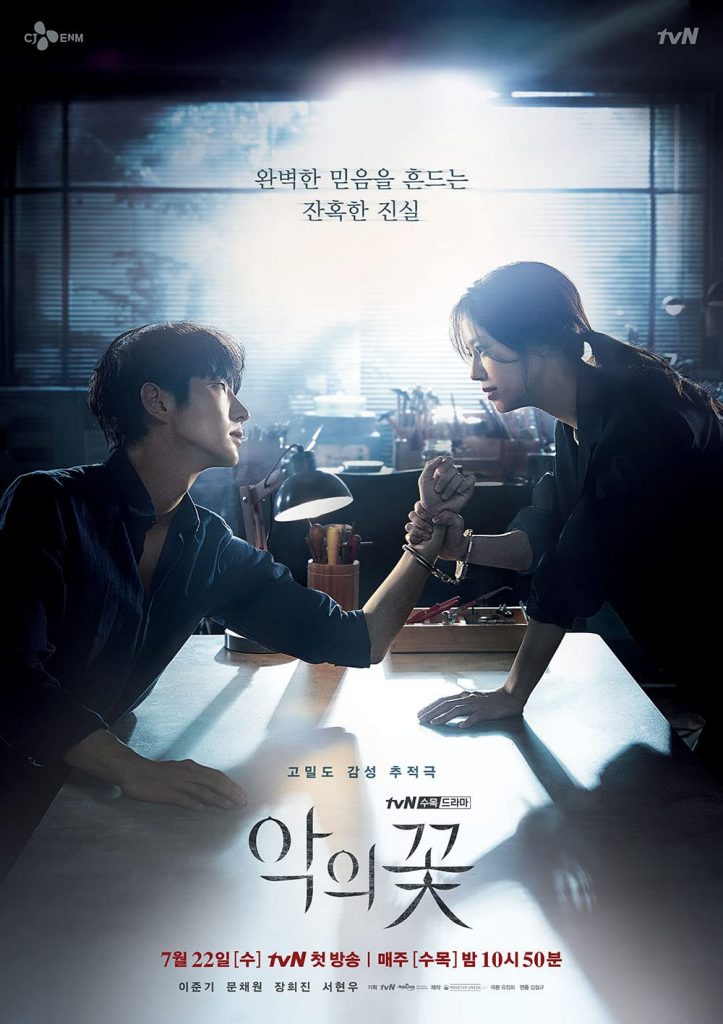 Lee Hye-ri, Ryu Jun-Yeol, Go Kyung-Pyo, Park Bo-gum, and Lee Dong-Hwi star in the South Korean television series Reply 1988. It centres around five friends and their families who live in the same neighbourhood in Ssangmun-dong, Dobong District, Northern Seoul, beginning in 1988. The third chapter of tvN’s Reply series is Reply 1988. It gained critical and popular acclaim, with the finale episode garnering an 18.8% nationwide audience share, making it the fourth highest-rated drama in Korean cable television history and the highest-rated television drama at the time of broadcast. It is rated at 9.2 on IMDb and is one of the best and the highest. 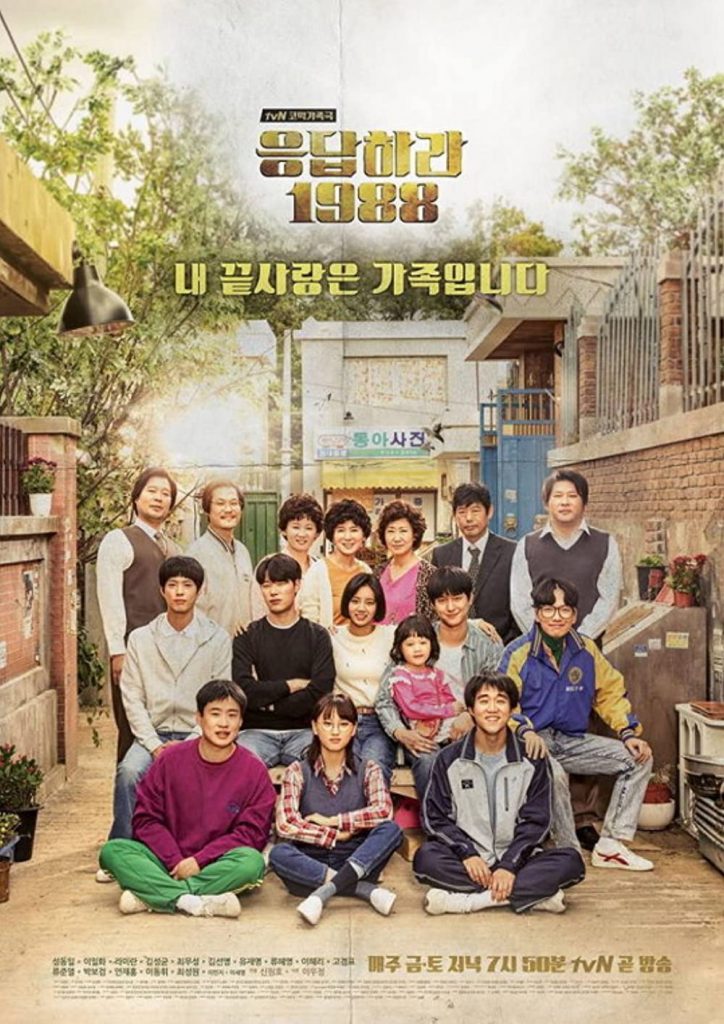 We hope this list helps you to get up to date with all the iconic k0dramas of all time, and find yourself some of the most amazing choices through our compilation of the 10 highest IMDb rated Korean dramas.

Cricket Betting Apps in India that you need to Download