How Much Do These 15 Highest Paid Bollywood Actors Earn?

As driven by luck as it is, Bollywood can also offer a lucrative lifestyle to those who ask for it. While it can be difficult to find a stable career in the cut-throat film industry, when you do, it does pay you pretty darn well! Some of these actors have had inspiring rags-to-riches life stories, with many of them struggling to even feed themselves in their earlier days. Well, how the tables have turned! Here’s how much the 15 highest paid Bollywood actors earn for each movie.

Also read: 50 Must Watch Bollywood Movies Of All Time

Throughout the 2000s, Bollywood was led by its Khans and Kapoors. However, the 2010s proved to be the best years of Akshay Kumar’s career, who has so far earned a fortune off of back to back hits. He has seamlessly transitioned from action-comedies to message-driven dramas that seem to be working great for him. Of his last three theatrical releases, Good Newwz earned over Rs 318 crore, Housefull 4 earned over Rs 280 crore, and Mission Mangal earned over Rs 290 crore. Akshay will next be seen in Sooryavanshi. 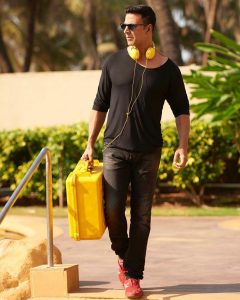 When it comes to typical Bollywood masala movies, Salman Khan is easily the biggest name there is. After a rocky couple of years in the 2000s, he has been pretty consistent with hits in the 2010s. After a long line of movies that did horrendously at the box office, his Wanted in 2009 and Dabangg in 2010 marked a new beginning of his career. Even though his last couple of movies haven’t exactly pleased critics, they have still managed to do well at the box office. Of his last three theatrical releases, Race 3 earned Rs 303 crore, Bharat earned Rs 325 crore, and Dabangg 3 earned Rs 230 crore. Salman Khan will be seen next in Radhe alongside Disha Patani. 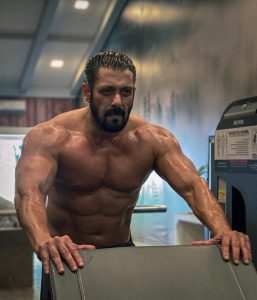 There’s a reason Shahrukh Khan is called the king of Bollywood. Known for his romantic ventures in the 1990s and 2000s, his career as an actor seems to be on a downward trend since the 2010s. However, his following hardly has taken a hit. Khan continues to be a fan favourite despite the lack of big successes in the last couple of years and charges a bomb for each movie he appears in. Of his last three movies, Zero earned Rs 191 crore, Jab Harry Met Sejal earned Rs 153 crore, and Raees earned Rs 304 crore. Shahrukh will be next seen in Pathan alongside Deepika Padukone. 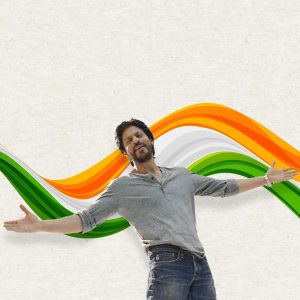 Unlike most other actors in the industry, Aamir believes in doing one movie at a time. Dubbed as the perfectionist of Bollywood, Aamir has had a pretty consistent career (barring the disaster that was Thugs of Hindostan) with movies that not only do spectacularly well at the box office but are also praised by the critics. Of his last three movies, Thugs of Hindostan earned Rs 335 crore, Secret Superstar earned Rs 977 crore, and Dangal earned Rs 2100 crore. He’ll be next seen in Laal Singh Chaddha alongside Kareena Kapoor. 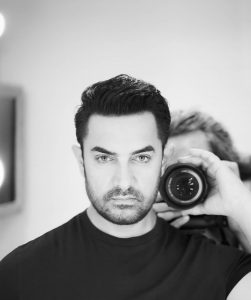 Easily one of the hottest men in Bollywood, Hrithik Roshan is much more than a pretty face. Not only is he an amazing dancer, but his acting chops are also as good as his Greek God looks. Hrithik has found a place in Bollywood, and unlike other big actors, isn’t afraid of experimenting every once in a while. Of his last three movies, War earned Rs 475 crore, Super 30 earned Rs 208 crore, and Kaabil earned over Rs 200 crore. 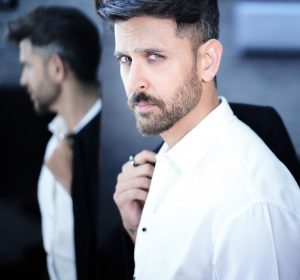 Despite being a relatively new face in Bollywood, Ranbir Kapoor has so far proved to be a pretty bankable actor. He has also displayed his capability with offbeat movies like Barfi and Rockstar. Of his last three movies, Sanju earned Rs 586 crore, Jagga Jasoos earned Rs 83 crore, and Ae Dil Hai Mushkil earned Rs 237 crore. Ranbir will be next seen in Shamshera alongside Vaani Kapoor and Sanjay Dutt. 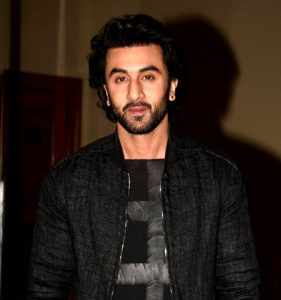 Despite keeping a low profile, Ajay Devgn has consistently delivered hits throughout his career. Initially earning fame as an action hero, Devgn has, over the years, experimented with genres, the highlight of his recent career being his action comedies with Rohit Shetty. Of his last three films, Tanhaji earned Rs 367 crore, De De Pyaar De earned Rs 143 crore and Total Dhamaal earned Rs 228 crore. 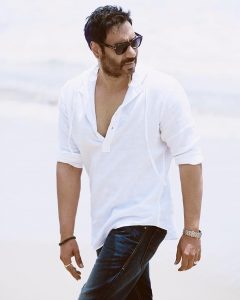 Probably one of the most overlooked actors in the industry, John Abraham doesn’t get enough credit for his nuanced body of work. He has worked across genres; from the masala movies to serious message-driven social dramas – he has done it all. Of his last three movies, Pagalpanti earned Rs 49 crore, Batla House earned Rs 113 crore, and Romeo Akbar Walter earned Rs 53 crore. 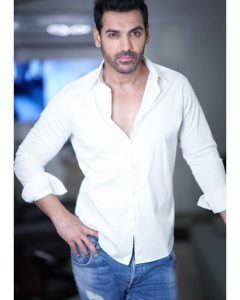 Easily one of the most talented men in the industry currently, Ranveer Singh’s popularity has only soared this last decade. His characters are often as peculiar as the clothes he sometimes wears, and he pulls off both pretty marvelously. Of his last three movies, Gully Boy earned Rs 228 crore, Simmba earned Rs 400 crore, and Padmavat earned Rs 585 crore. He’ll be next seen in 83, a biopic based on Kapil Dev’s life. 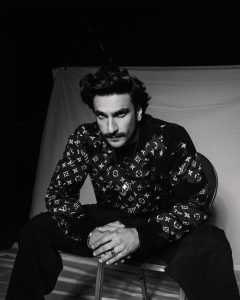 Despite usually doing commercial masala movies, Varun Dhawan has also delivered nuanced performances in movies like October and Badlapur. Even though he hasn’t been around for long, Varun already seems to have figured out a formula that works at the box office – which warrants the hefty cheque he gets to take home. Of his last three theatrical releases, Street Dancer 3D earned Rs 97 crore, Kalank earned Rs 146 crore, and Sui Dhaaga earned Rs 125 crore. 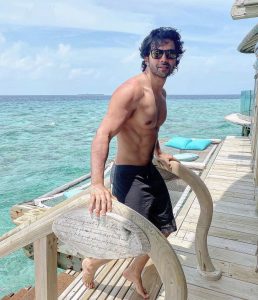 Even though his career has had its ups and downs, Shahid has cemented his place in the film industry and isn’t here going away any time soon. Despite not delivering consistent hits unlike other actors in this list, Shahid has, over the years, displayed a wide range of capabilities when it comes to acting. He has experimented with multiple genres and has delivered unforgettable performances in films like Kaminey and Haider. Of his last three movies, Padmavat made Rs 585 crore, Batti Gul Meter Chalu made Rs 52 crore, and Kabir Singh made Rs 379 crore.

Despite having the shortest career among the people on this list, Tiger Shroff has made his mark as a dependable action hero in the industry. Even though he is a fresh face in the industry, he has so far delivered several commercially successful movies. Of his last three releases, War made Rs 475 crore, Student of The Year 2 made Rs 98 crore, and Baaghi 3 made Rs 137 crore. 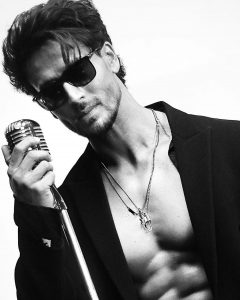 Kangana Ranaut is one of the most talked-about actors in the country today – though not always for the right reasons. Kangana in the past has proved to be a supremely capable actor and has appeared in several offbeat movies that have done well at the box office. With the immense success of  Queen, Bollywood could see that a female actor can be just as bankable. Of her last three movies, Panga earned Rs 41 crore, Judgemental Hai Kya earned Rs 44 crore, and Manikarnika earned Rs 152 crore. She will be next seen in Thalaivi. 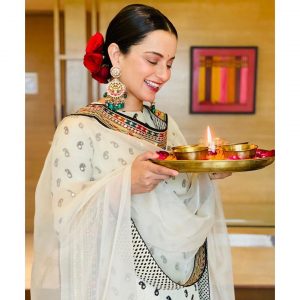 It is without a doubt that Deepika is one of the most popular female actors in the industry today. Over the years, she has been a part of multiple high-budget movies, which proves that producers trust her to pull crowds to theatres. Deepika is also a talented actress and has delivered critically acclaimed performances in movies like Padmaavat and Piku. Of her last three movies, Chhapaak earned Rs 55 crore, Padmaavat earned Rs 585 crore, and Bajirao Mastani earned Rs 356 crore. 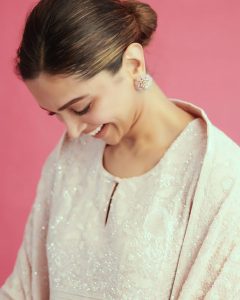 Even though not quite at the same level of stardom as the other Khans in the list, Saif Ali Khan has long been a dependable actor in the industry, and over the years has taken on roles that many successful artists wouldn’t consider doing. Saif Ali Khan has delivered several power-packed performances throughout his career and has had considerable success in multiple genres. Of his last three movies, Jawaani Jaaneman earned Rs 44 crore, Tanhaji earned Rs 367 crore, and Laal Kaptaan earned Rs 5 crore. 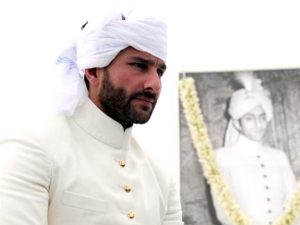 Despite not being very consistent with her hits, Shraddha Kapoor has become a fairly familiar face in the industry, appearing in several movies over the years. Although she does have some poorly received movies in her filmography, her most recent movies seem to have done well. Of her last three movies, Baaghi 3 earned Rs 137 crore, Street Dancer 3D earned Rs 97 crore, and Chhichhore earned Rs 229 crore. 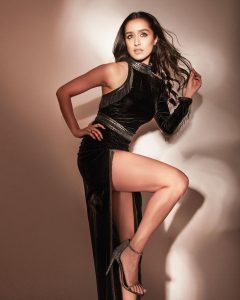 Which of these highest paid Bollywood actors are your favourites? Comment below to let us know!

15 Best Indian YouTubers You Should Be Following Right Now!