Born in Malaga, Spain, in 1881, Picasso showed no aptitude for or interest in schoolwork as a boy, preferring instead to spend his hours in detention for being a terrible student lost in his sketchbook. Pablo Picasso recognized he was different from the others from a young age. Picasso was doomed to spend his life swimming against the current. He despised authority, the rigidity of classical traditions and techniques that he taught in the top fine arts schools where he grew up. He met a group of radicals, artists, and intellectuals in Barcelona in 1899, when he was 18 years old, who inspired him to break away from his classical education and launch him on a path of innovation and experimentation that would lead him to become one of history’s most influential and transformative artists. Inspired by his life we have created a list of powerful and inspiring quotes by Pablo Picasso.

Picasso‘s talent was fueled by a passion and honesty that saw him push the boundaries even further, defying all outward conventions and criticisms as he devised and changed the laws of the game time after time, whether motivated by personal tragedies, or wartime traumas, or secret elations.

Keeping in mind all the ups and downs of his life, Here are the 20 Best Inspirational Quotes by Pablo Picasso:

Youth has no age. 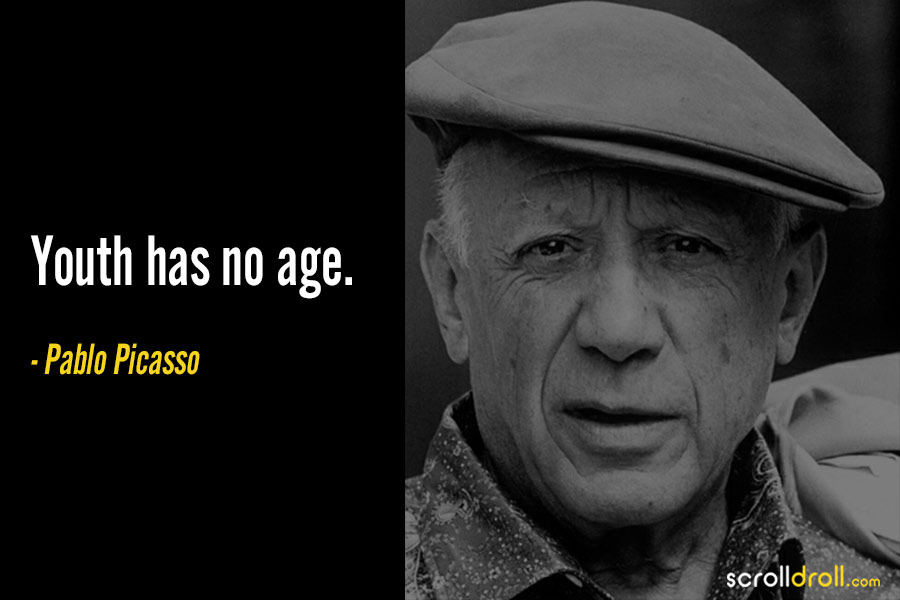 2. Maintaining the art in life.

All children are artists. The problem is how to remain an artist once he grows up. 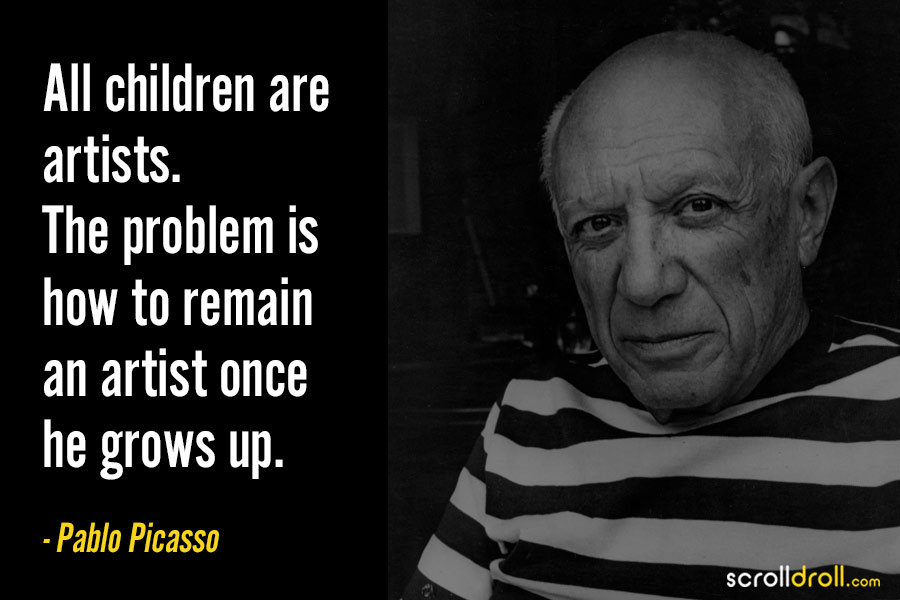 3. The mantra to success: ask yourself, why not? 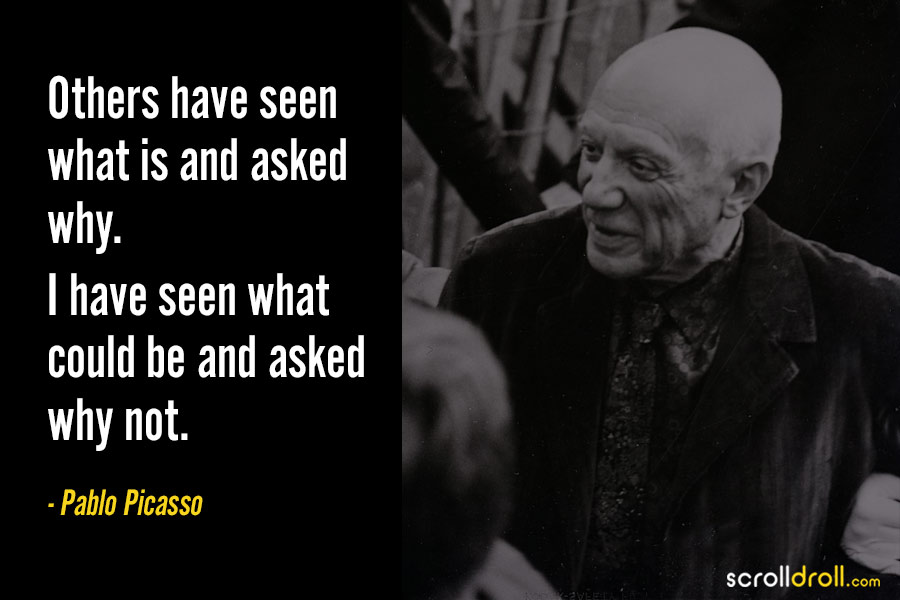 4. Imaginations are not dreams they can be real.

Everything you can imagine is real. 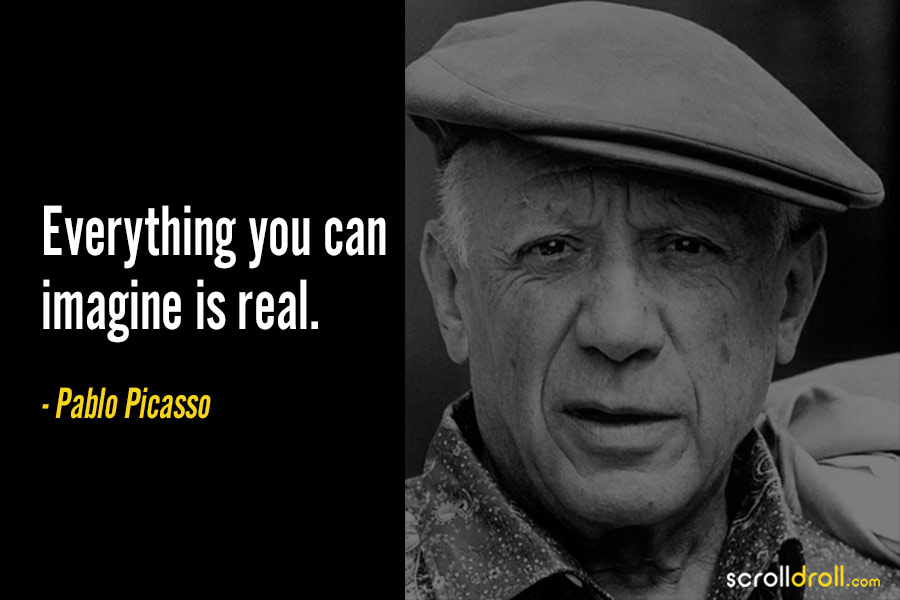 It takes a long time to become young. 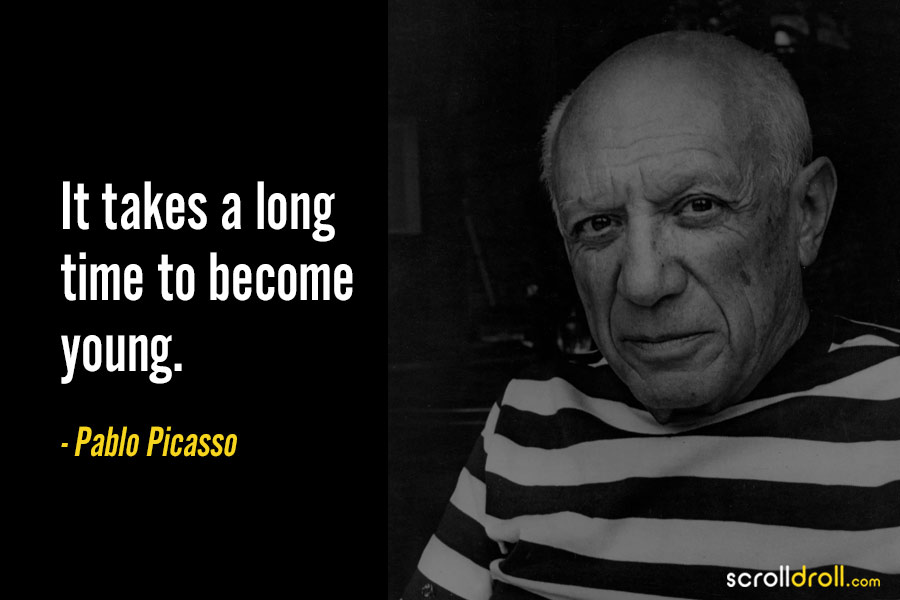 6. Taste- the enemy of creativeness.

Ah, good taste! What a dreadful thing! Taste is the enemy of creativeness. 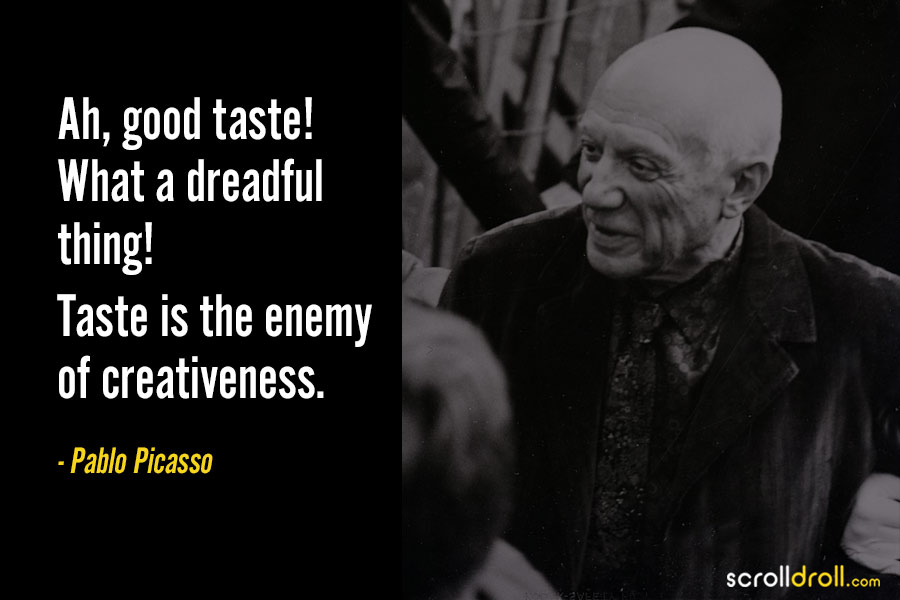 7. Putting off to tomorrow. 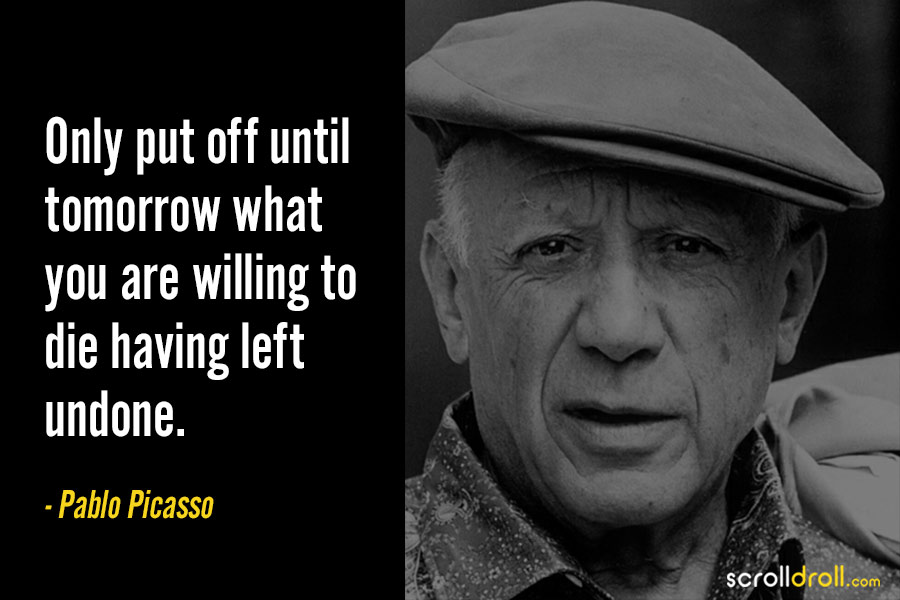 8. Rules are made to be broken. 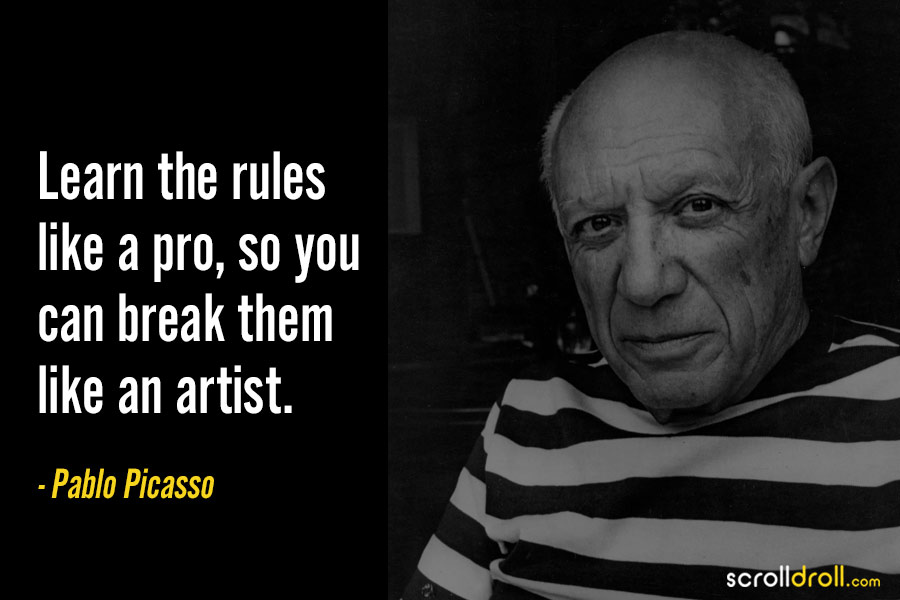 9. Meaning of Bad and good artists. 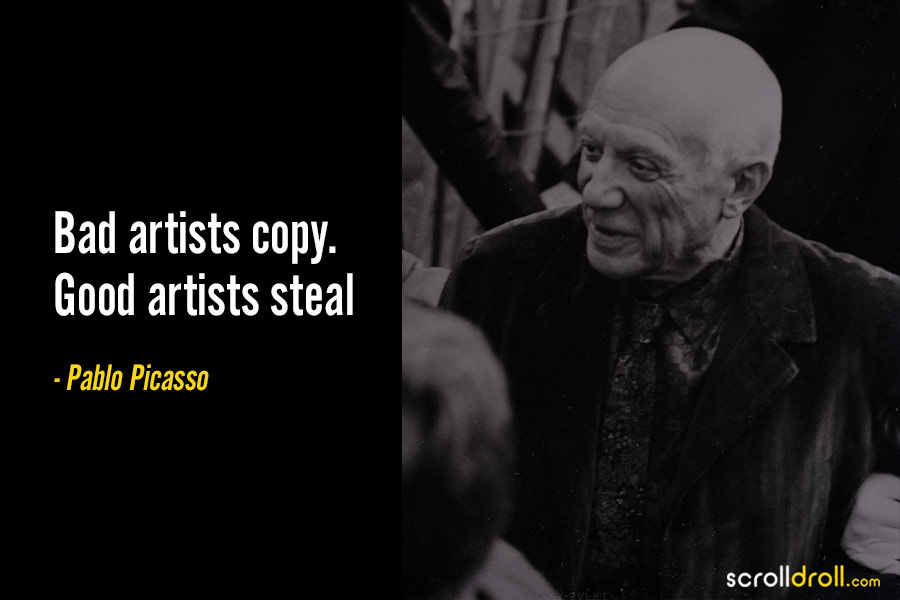 10. Understanding the distance between Idea and Thought

An idea is a point of departure and no more. As soon as you elaborate it, it becomes transformed by thought. 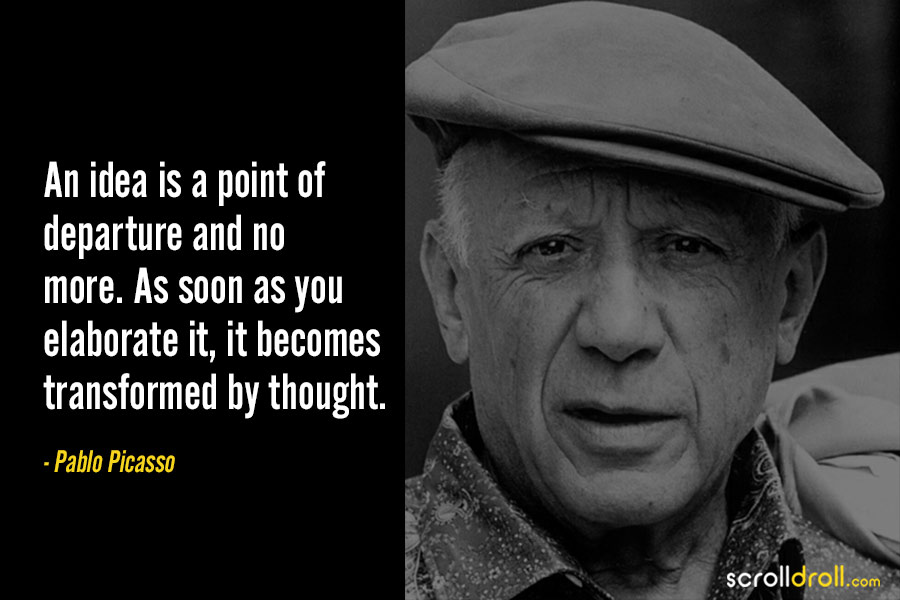 11. Miracles do exist in real life.

Everything is a miracle. It is a miracle that one does not dissolve in one’s bath like a lump of sugar. 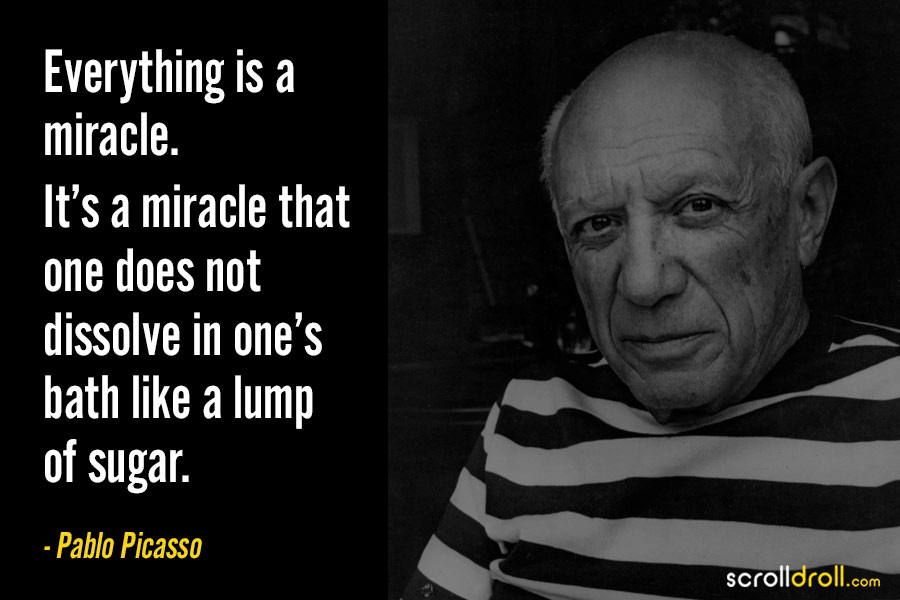 12. Know about an indisputable law. 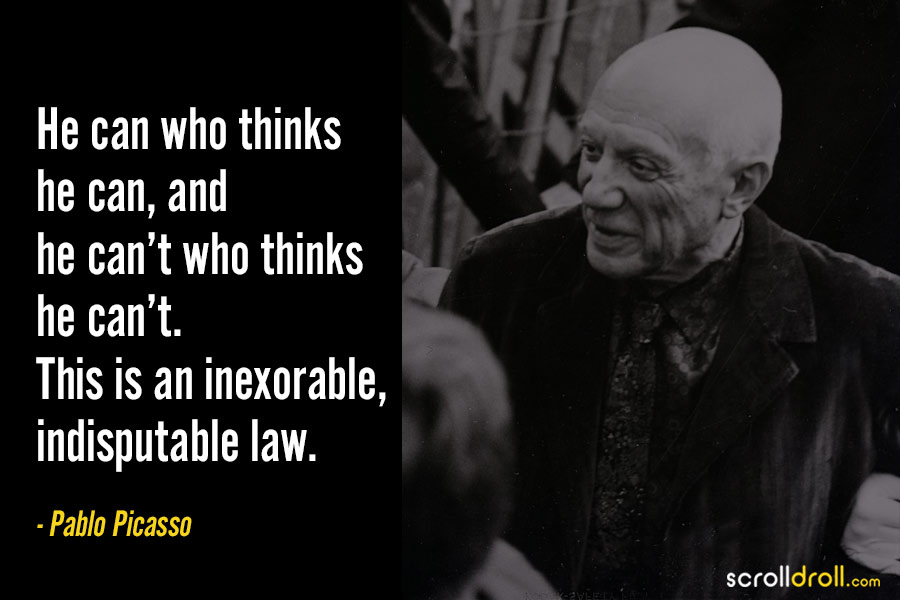 13. What is done is only what matters.

What one does is what counts and not what one had the intention of doing. 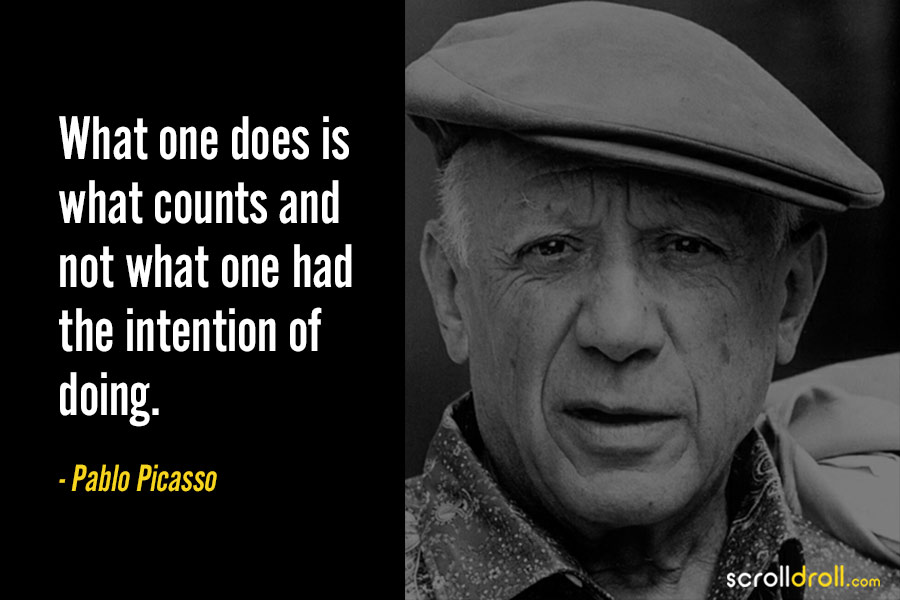 I am always doing that which I cannot do, in order that I may learn how to do it 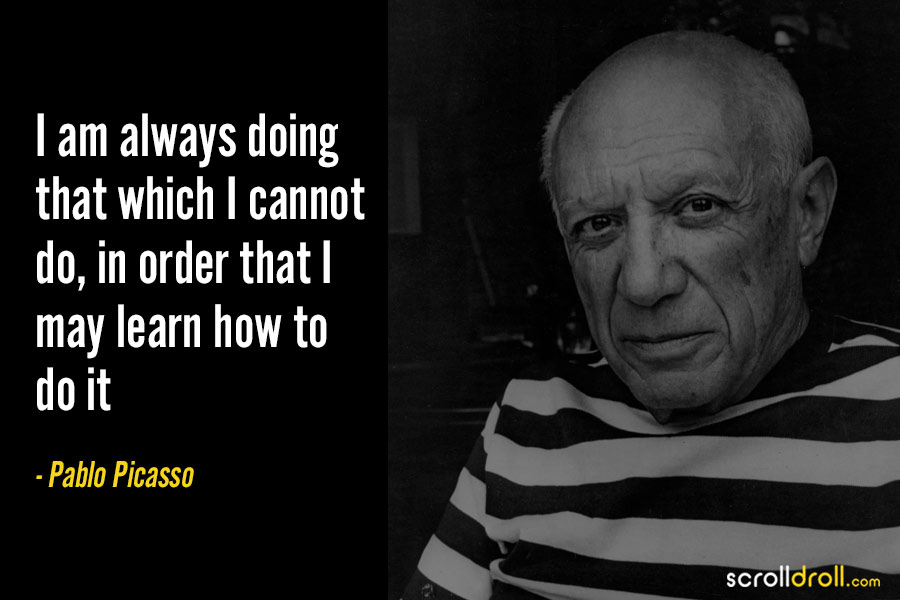 15. No accidents exist these are all encounters. 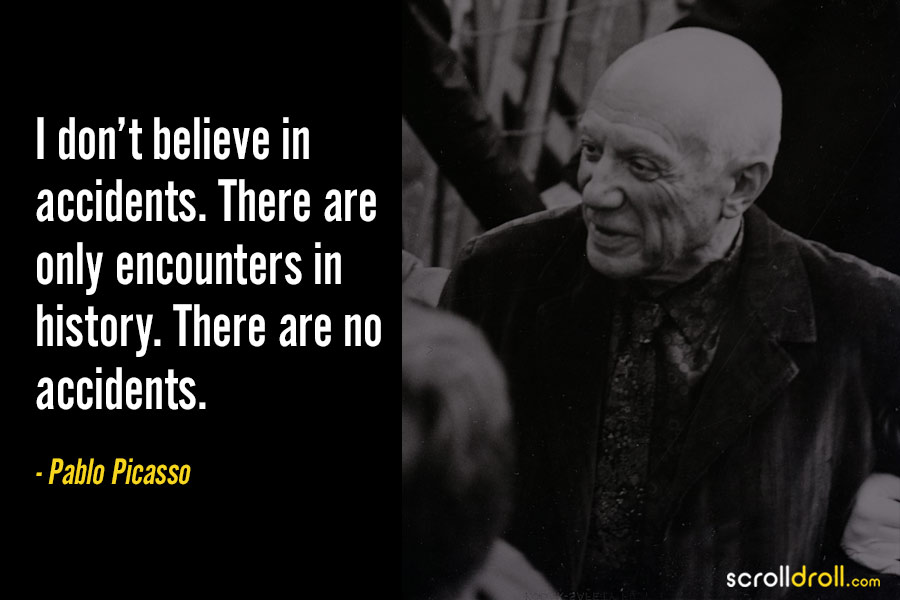 If only we could pull out our brain and use only our eyes. 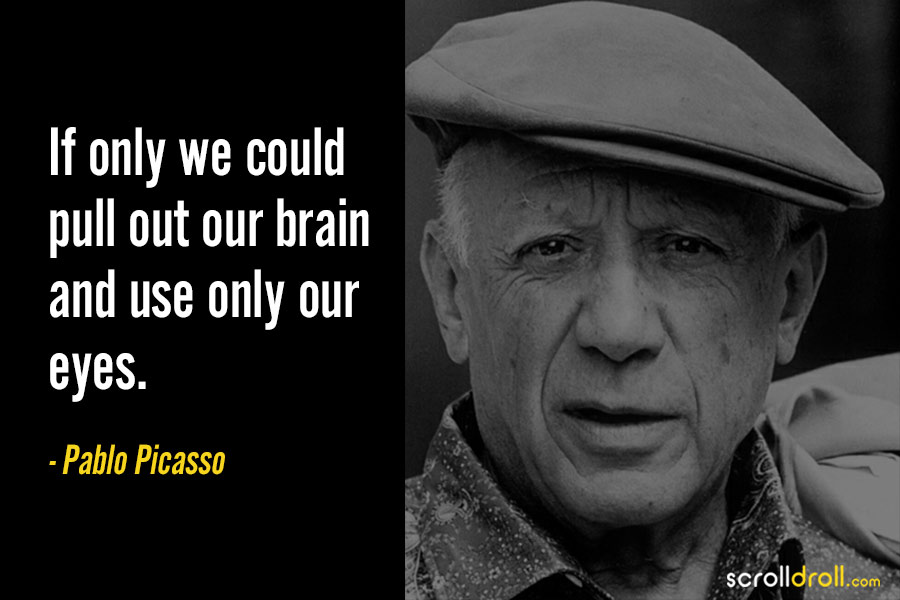 17. Defining love, a refreshment of life.

Love is the greatest refreshment in life. 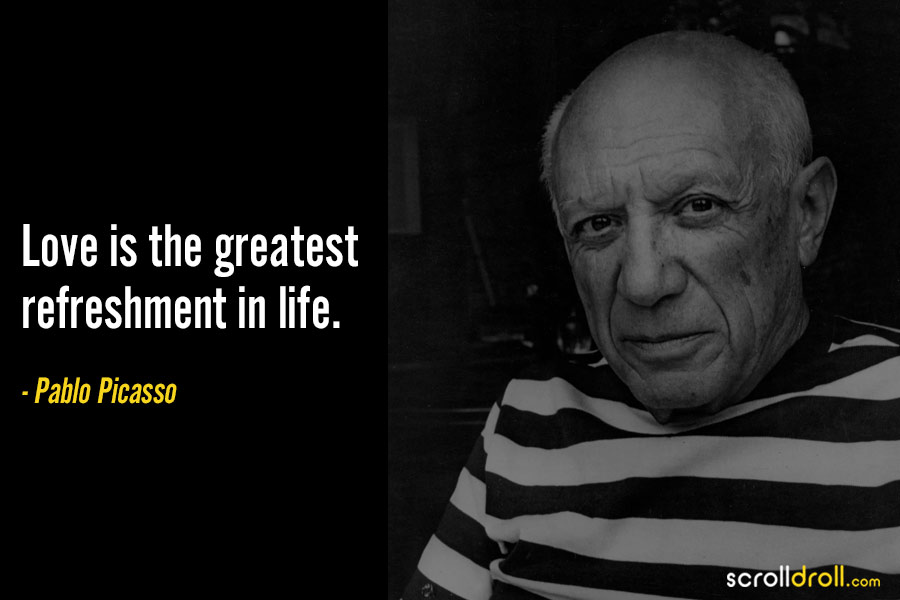 The world today doesn’t make sense, so why should I paint pictures that do? 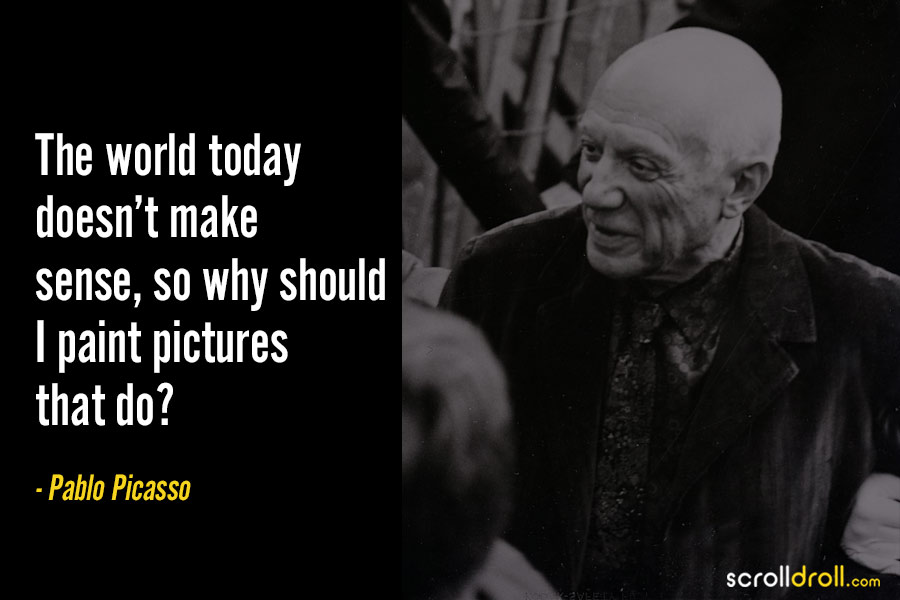 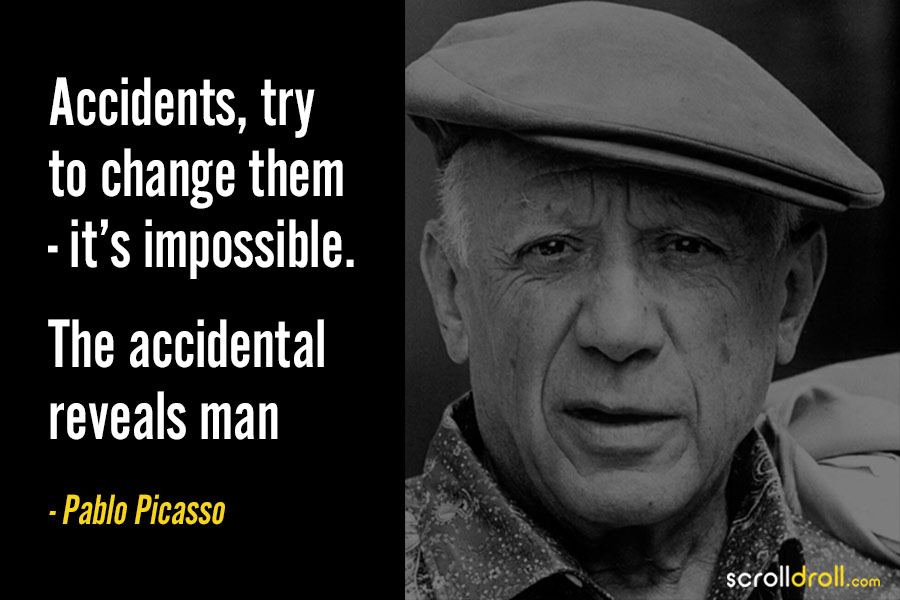 20. It’s all about beginning with an idea, the results are always fruitful.

I begin with an idea and then it becomes something else. 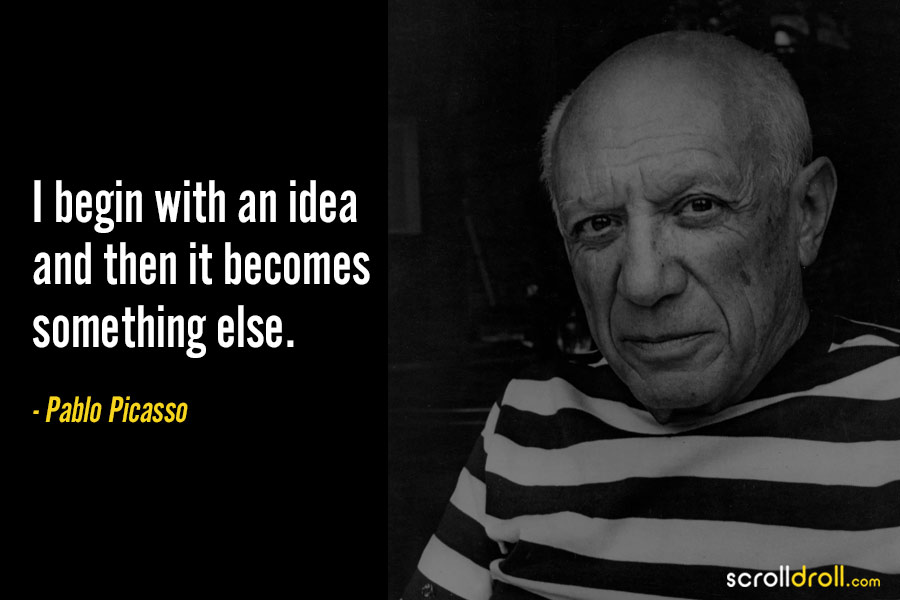 This was the collection of the 20 best inspirational quotes by Pablo Picasso. Hope they motivated and inspired you! Any suggestions can be dropped in the comment box.