By Manya Khare Last updated Nov 14, 2022 34
If you haven’t heard about the popular South Korean boy band Bangtan Sonyeondan (Bangtan Boys), aka BTS, then you might be living under a rock.   Even if you do live under said rock, we can all agree that there are loads of guys in this world who love doing so, right? Let’s look at these interesting facts about BTS and know more about the artists behind “Fire”.

1. BTS is a Korean boyband that stands for 방탄소년단 (Bangtan Sonyeondan). Translated to English it means ‘Beyond the Scene’ or ‘Bulletproof Boy Scouts’. 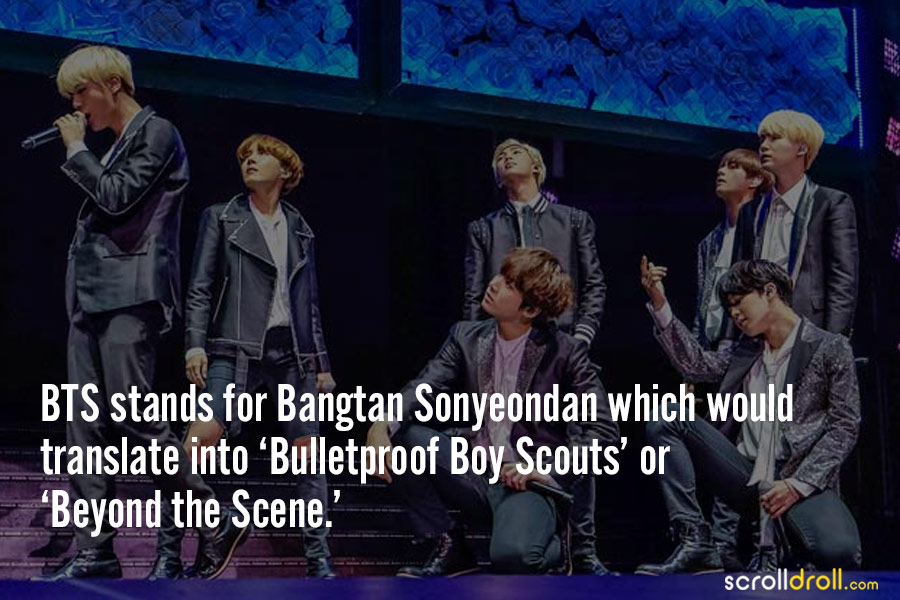 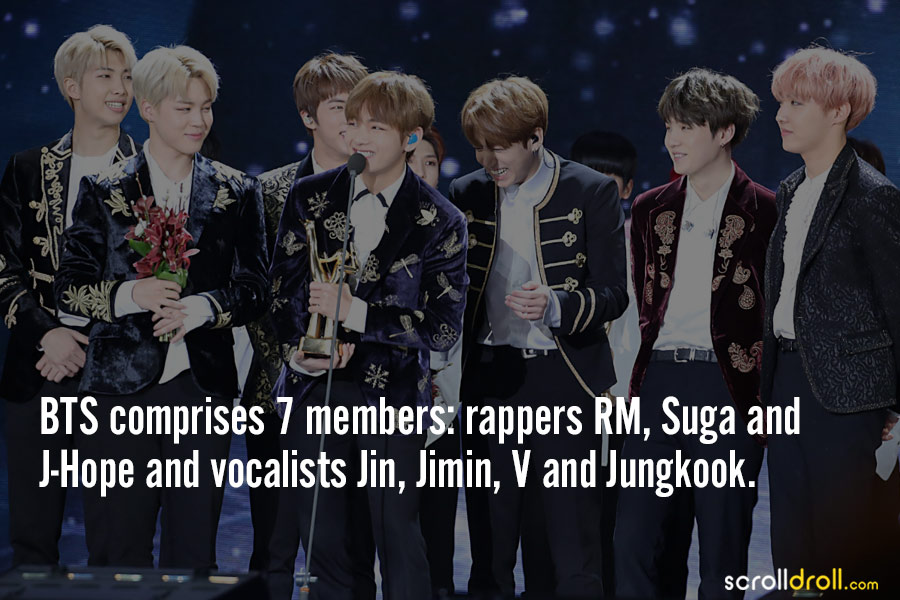 3. Armies definitely know this one too well! 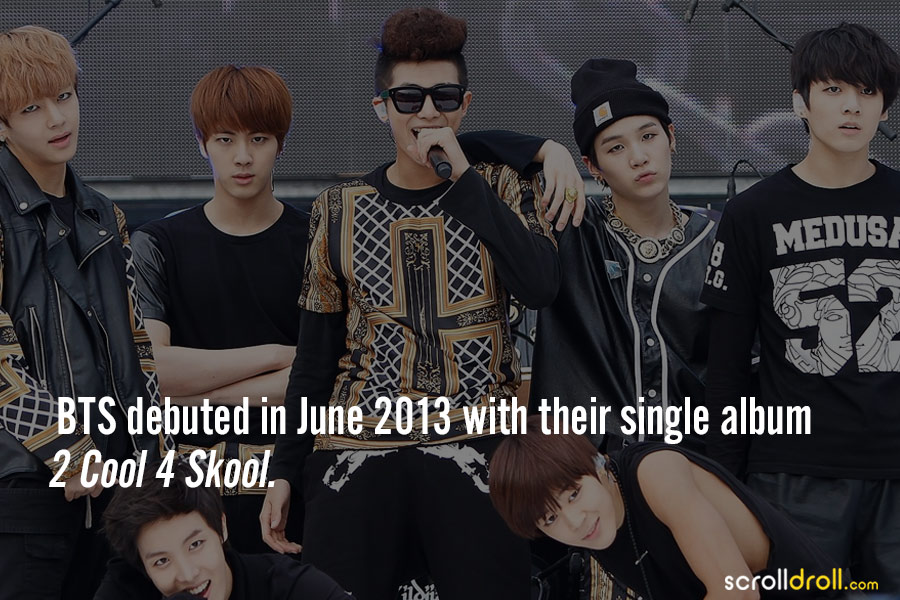 4. BTS revealed on ‘The Tonight Show Starring Jimmy Fallon’ how they almost named the fandom ‘The Bells’. This has to be the funniest among the BTS facts! Right? Thankfully, we are ARMY now. 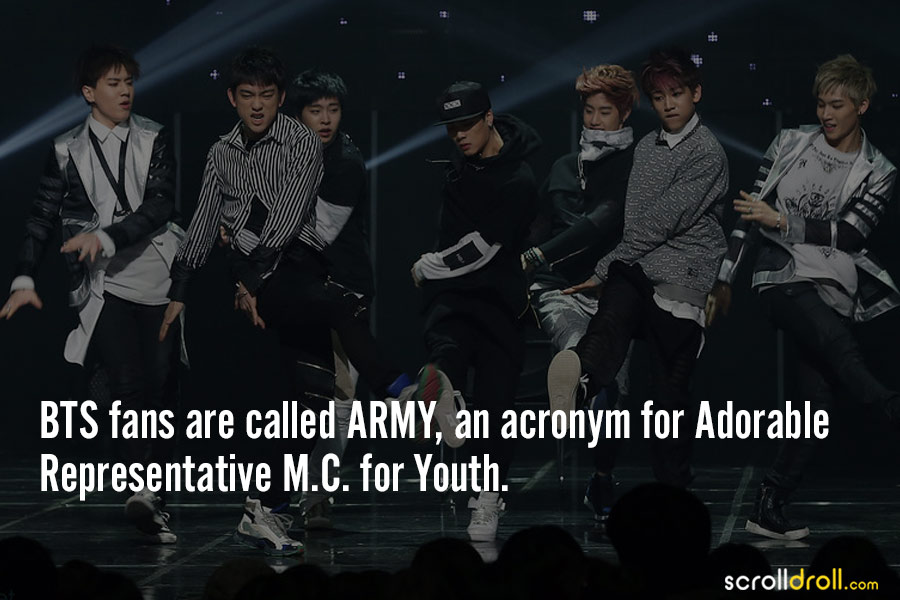 5. There’s a different story, when it comes to each member joining the group. RM was the first member of the group, who joined the company at the age of 15 in 2010. Jimin was the last member to join the group in 2012. 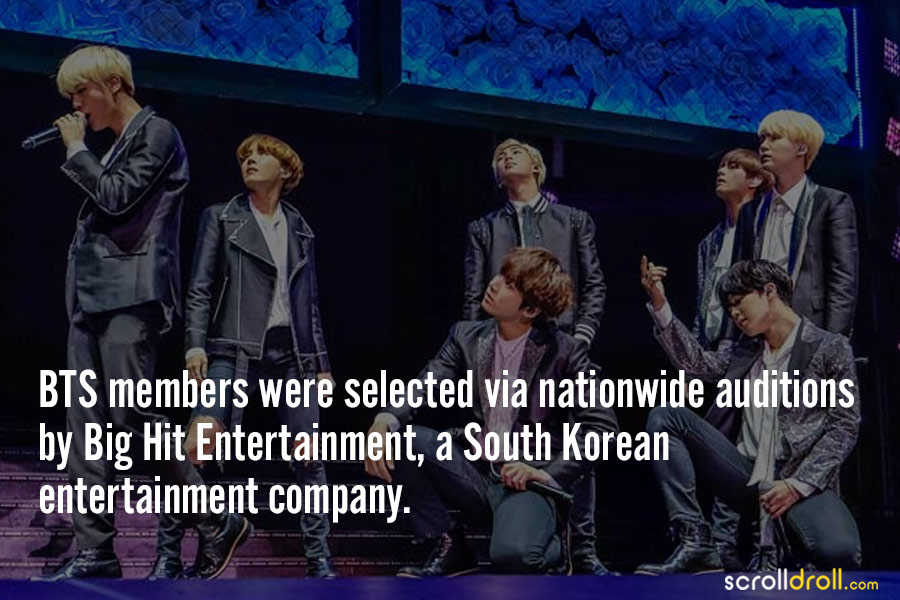 6. K-Pop industry’s standards and its artists demanding schedules, makes it hard for the artists to survive. In today’s date, BTS is among the most famous and successful faces in the music industry, globally. We also know how the members survived through their ‘struggle phase’. The phase ‘From rags to riches’ fits them completely, seeing how they’ve come. 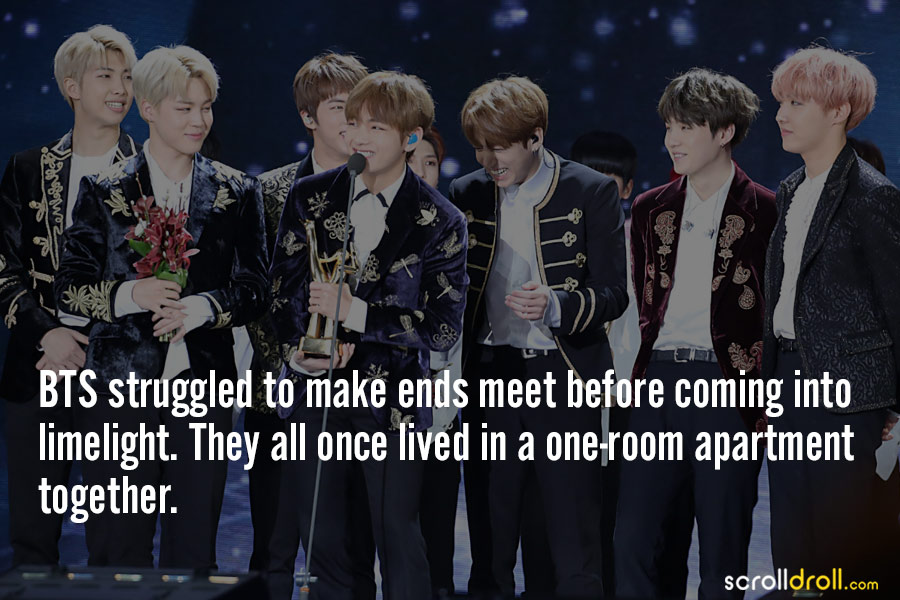 7. Trust me as a very dedicated ARMY, BTS song can literally make you cry. Despite the songs being in Korean, their songs reflect their stories and dedication towards music. Each song has a different story and a very deep meaning for us to think about. From following their dreams to bringing us a step closer to loving ourselves, their songs never fail to give beautiful messages. 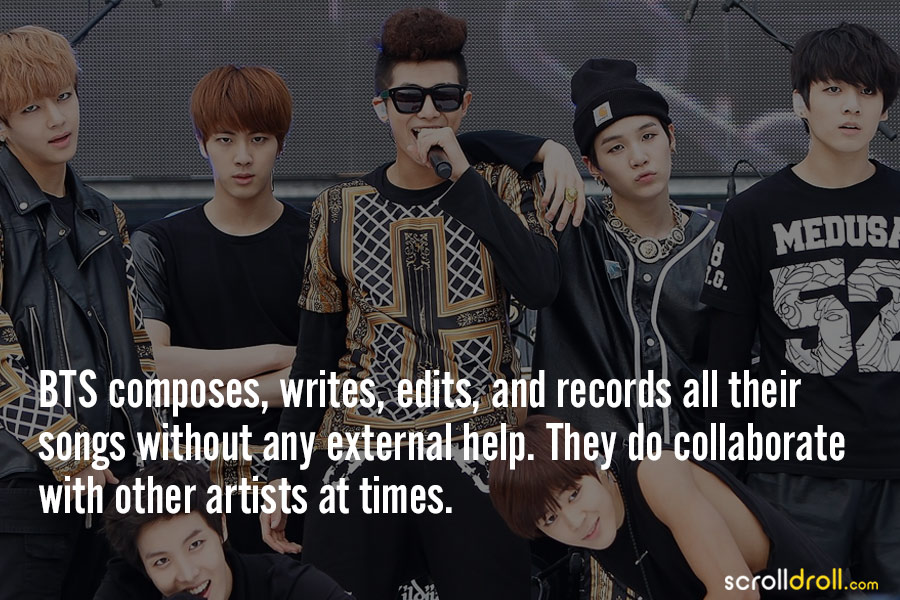 8. The Korean group launched their Twitter emoji which was the first ever K-Pop emoji on Twitter. The band’s initials “BTS” are displayed on a bulletproof vest that serves as the emoji. 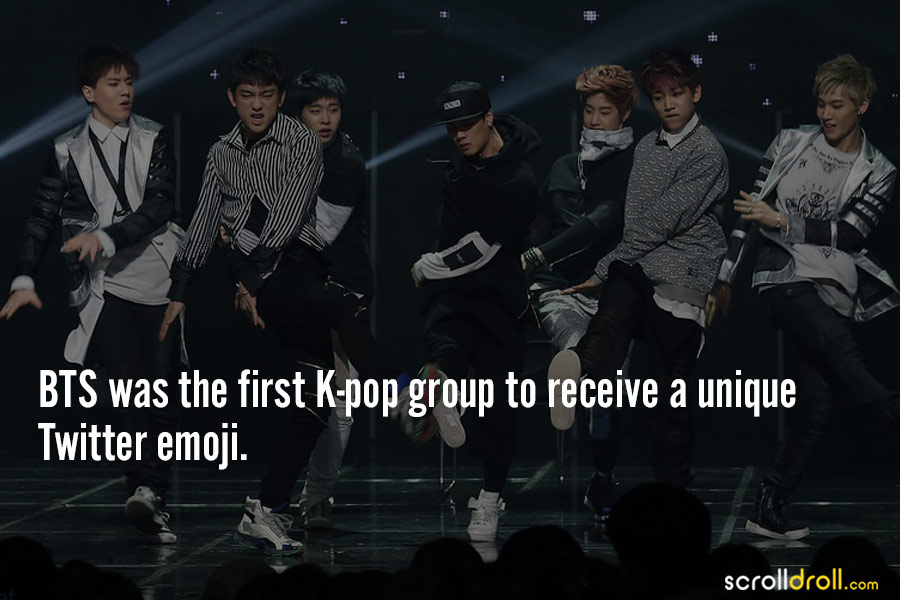 9. It’s not hidden from us that in the past at some points, individually they have experienced mental issues. It’s only a reminder that they are humans too. As discussed earlier, their songs reflect their emotions. Considering their demanding role as an idol, it’s only natural for them to feel ‘Blue and Grey’. Their songs like- Tomorrow, Whalien 52, Born Singer, Shadow, Epiphany, Answer: Love Myself, Spring Day, Butterfly, Life Goes On and many more are the ones discussing various issues. Somehow in some way, their songs have always been a source of comfort and healing for the fans. 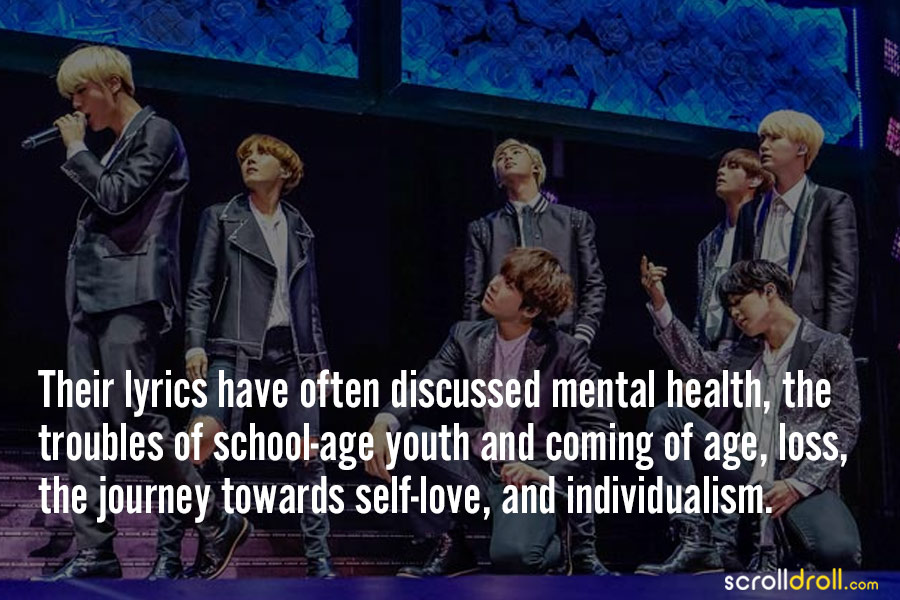 10. Proof is BTS’s sixth album to debut at No. 1 on the charts. With six separate albums, the group has become the first and only Korean artist to ever reach the top of the Billboard 200. In June 2018, Love Yourself: Tear became BTS’s first No. 1 album. It was followed by Love Yourself: Answer, Map of the Soul: Persona, Map of the Soul: 7, and BE. 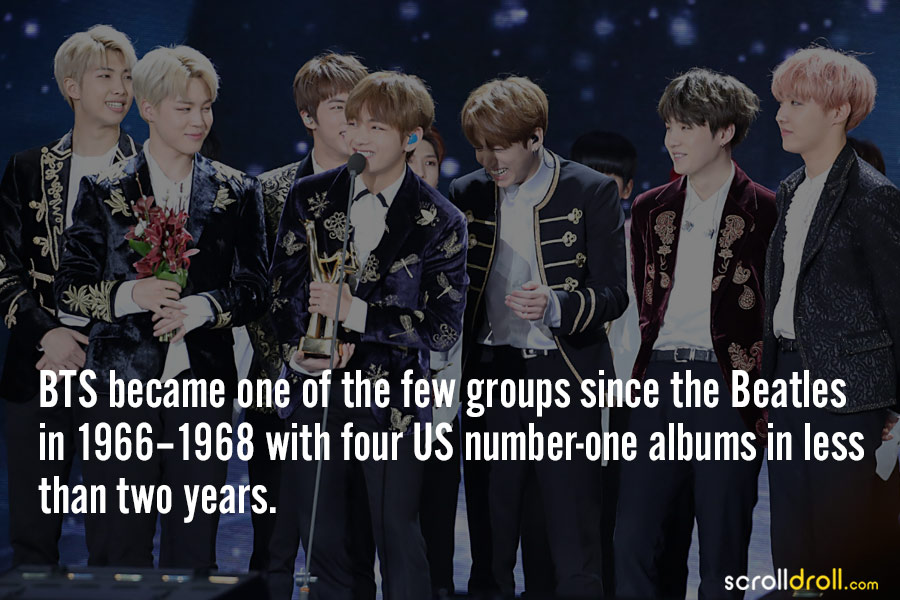 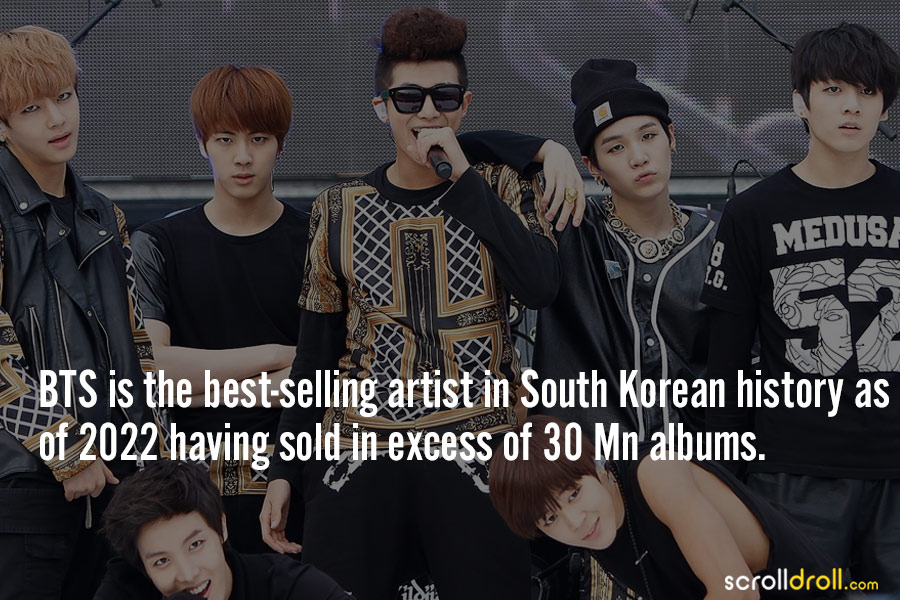 12. Released in the beginning of 2020, ‘Map of the Soul: 7’ is their fourth Korean studio language, described as “deeply personal” by the group. Their seven years journey since their debut have inspired them and their progress, which is reflected in the album. According to reviews, Map of the Soul: 7 is an album that combines pop, R&B, and hip-hop with elements of urban contemporary genres like rock, trap, and EDM. It deals on themes of meditation, introspection, and acceptance of oneself lyrically. 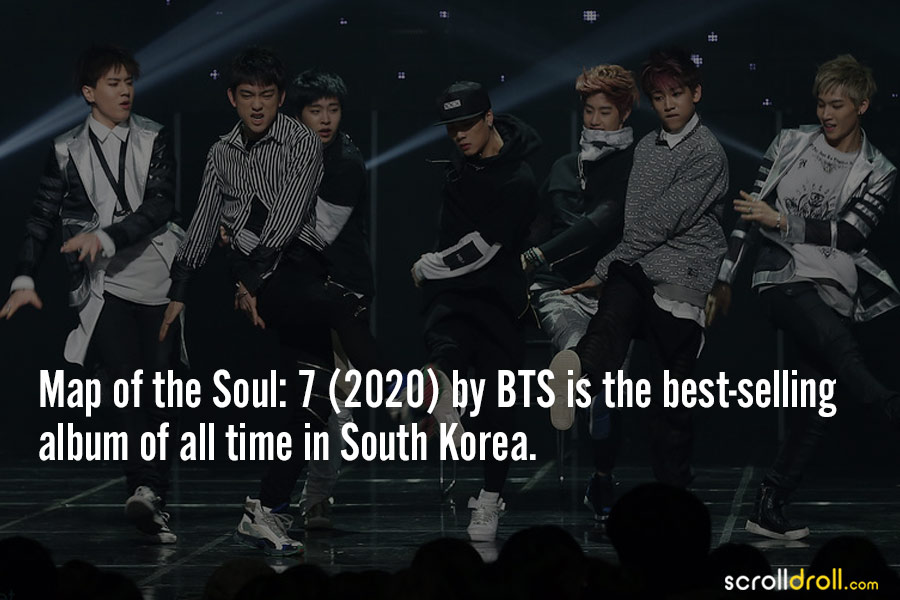 13. Earlier this year, BTS was joined by the founder of Big Hit Entertainment, Bang Si Hyuk, on the cover page of TIME Magazine. This marks the groups’ appearance in the magazine. 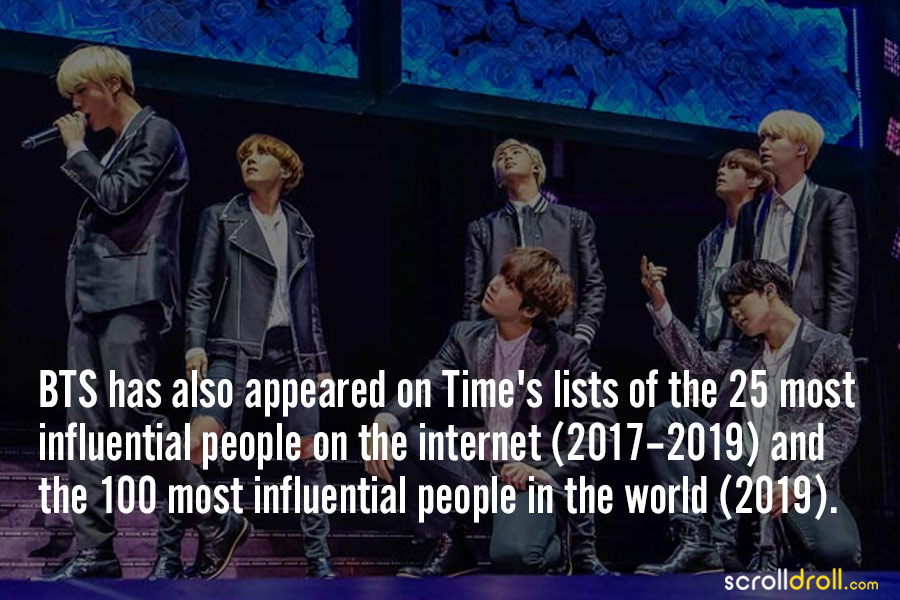 14. In recognition of their efforts to spread the South Korean culture globally, BTS, received the ‘Order of Cultural Merit’ on 24 October 2018. 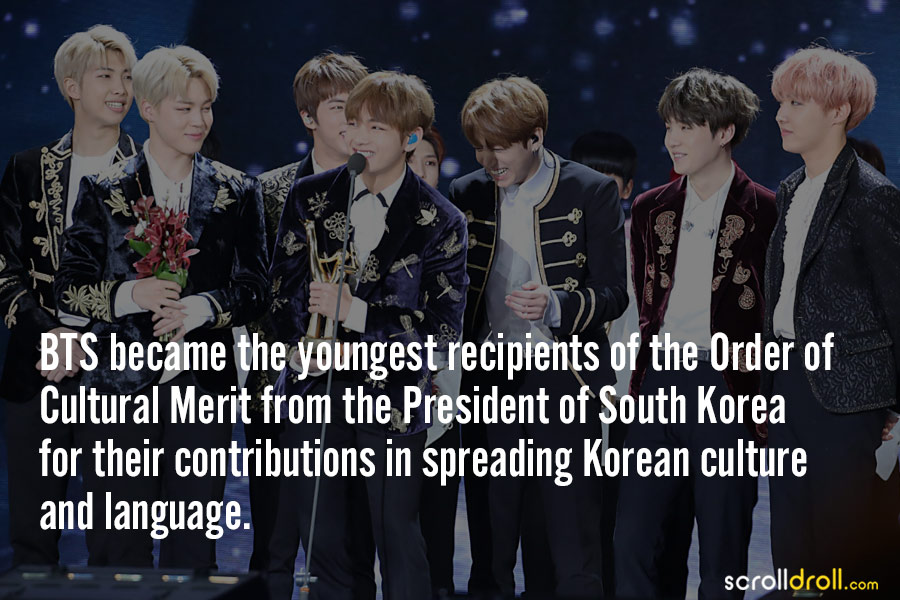 15. BTS’s ‘Love Myself’ Campaign promotes well-being and self-esteem as well as a fight towards ending violence. 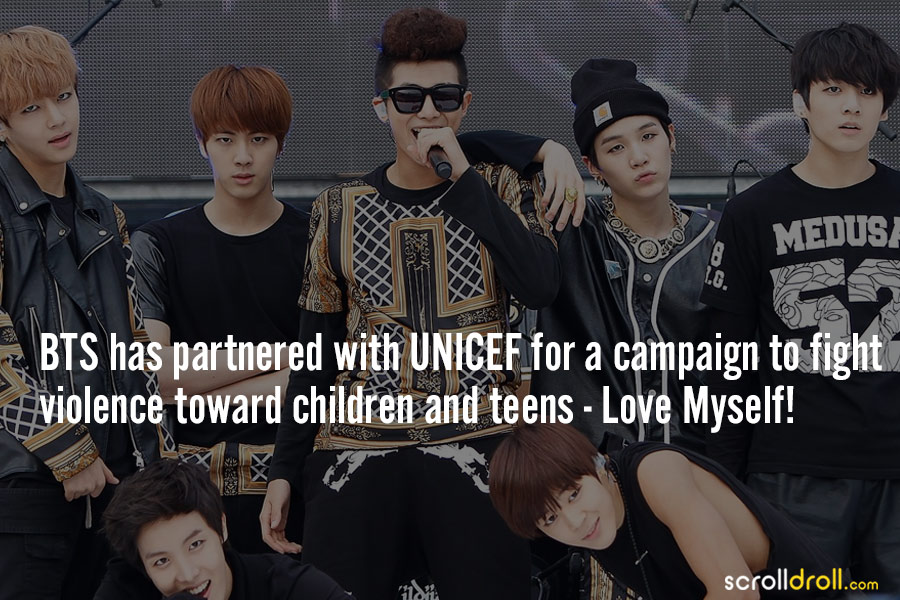 Bangtan Boys got the whole world dancing to Dynamite and Butter. We hope you enjoyed reading these interesting facts about BTS.

Also read: 15 Most Famous BTS Songs That You Don’t Need Permission To Dance To