2021 started as a year of promise. After a year that will forever be remembered as one of the worst and strangest years people have seen so far, people may have had somewhat high expectations from 2021. However, time is an arbitrary concept and nothing really changes except for the date on our calendars. It’s been a year since the lockdown began, and we’re looking at the possibility of another lockdown at this point. Needless to say, it is difficult to be happy during trying times like these, which is why people turn to humor in the hour of crisis. With most of us inside our houses and on the internet, we have seen some pretty dope memes since last year. Memes can be a source of positivity when everything around us is dark. Here is a list of the most viral memes of 2021 so far!

1. Bernie Sanders and his mittens:

While Bernie Sanders didn’t get to be president, he did receive quite the limelight during Joe Biden’s swearing-in ceremony. In one of the most hilarious memes of 2021, he appeared uncomfortable as he sat in a chair with his mask on and his hands inside a pair of admittedly cozy looking mittens. Soon, Twitter was filled with memes of Bernie in unusual places, and after a point of time… well it got a little silly. 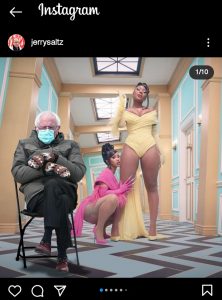 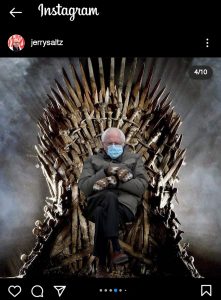 After a Pakistani influencer uploaded an Instagram post with her friends, saying, “Yeh Humari car hain, yeh hum hain, aur yeh humari pawri hori hai,” the video went instantly viral. The girl is seen speaking in an obviously exaggerated accent, apparently, the influencer, Dananeer, was trying to make fun of how Pakistanis behave after going abroad. The video was immediately picked up by Twitter with people coming up with several hundreds of memes. Even Yashraj Mukhate ended up making a song about it! 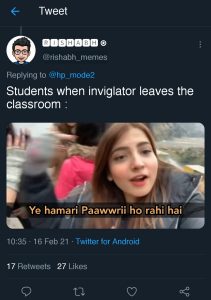 In probably what was the worst PR crisis for the British Royal family after Princess Diana’s death (since everyone seems to have forgotten about Prince Andrew’s ties with convicted pedophile Jeffrey Epstein), Harry and Meghan appeared in a tell-all interview with Oprah. Meghan discussed her struggles in adjusting to the royal family and the resulting mental health issues. And since this generation only talks in memes now, internet users hit the jackpot. In one particularly hilarious meme, a user reimagines the Oprah interview as a Hindi TV soap:

If the Meghan & Harry interview was an Indian drama. 😂 pic.twitter.com/cN2ict8KoB

4. And Oprah’s reaction in the said interview:

In the same interview, after Meghan admitted that the royal family was concerned about Archie’s skin colour, Oprah was visibly uncomfortable. Her reaction, of course, was turned into another set of memes. 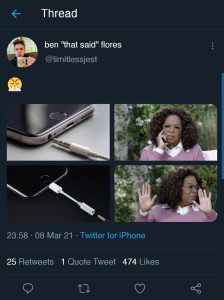 WandaVision was one of the most-watched shows this year. Naturally, when the show dropped a song called Agatha All Along (we’re deliberately holding back so as to not spoil the show for you), netizens thought the song was quite the banger. Consequently, memes based on the character flooded the internet, which was arguably some of the best memes of 2021 so far. 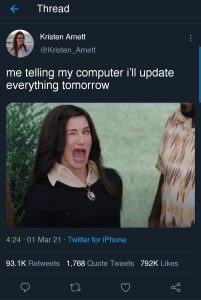 6. Girl does aerobics while the Myanmar coup happens behind her:

On 1st February this year, a day before the swearing-in ceremony of the freshly elected government, Myanmar’s army took over the country’s control, deposing the democratically elected government in the process. And while that happened, a girl unwittingly filmed the whole incident while recording her morning aerobics workout routine. The whole incident seems to be an episode straight out of Black Mirror, and of course, the internet turned this strangely dark moment into some memes as well.

It’s no secret that 2020 was rather taxing, and most people did not appreciate being locked up in their houses for the better part of the year. This March, with the lockdown officially celebrating its first anniversary, people got to comparing how things were a year ago before governments across the world started to shut their countries down. 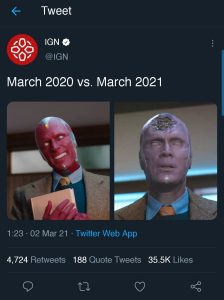 The Super Bowl is a huge thing in America. Every year, the Super Bowl registers record viewership as people tune in to watch the finals of the National Football League. This year, however, much of the attention was on The Weeknd, who performed a set of his best hits. While the performance itself was pretty good, it also involved a section with the singer frantically moving inside a mirrored space with the camera which ended up being one of the most viral memes of 2021. The result was pretty weird, and netizens had a field day making memes about it. 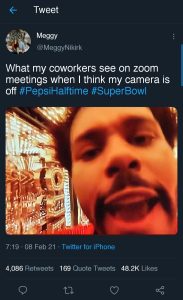 After the storming of the United States Capitol earlier this year, Trump was accused of if not orchestrating, abetting the riots that resulted in 5 deaths. As a result, Twitter banned the US president on its platform. Needless to say, people had thoughts. 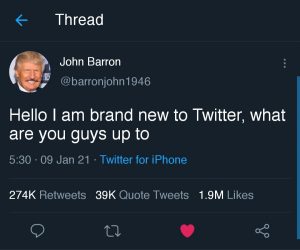 10. Ship gets stuck in the Suez Canal, a tiny bulldozer comes to rescue:

The Suez Canal is an important waterway as it almost halves the distance between Asia and Europe. So when a giant ship got stuck in the canal, it resulted in billions of dollars of loss. However, people on the internet were more amused by the fact that a tiny bulldozer seemed to have reached the spot, supposedly to help the ship get back on its way. 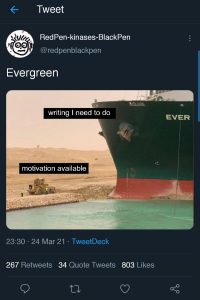 Marvel had postponed the release of most of its titles, including Black Widow and the unnamed third installment of Tom Holland starrer Spider-Man. When the studio announced that they’ll be revealing the name of the movie pretty soon, fans were excited. However, confusion ensued after the three leading actors decided to troll fans and announced three different titles before zeroing in on the real one – Spider-Man: No Way Home. Of course, this resulted in some hilariously viral memes of 2021. 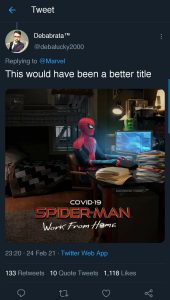 Another meme to go viral earlier this year was the US vs India meme template, with users comparing how things happen in India as opposed to how they happen in the US. The meme brought out the desi side of Twitter, with people sharing a laugh with all the relatable jokes going around. 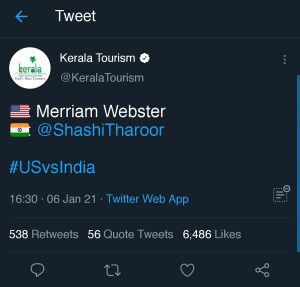 13. Bridgerton and the Duke of Hastings

While the first season of Bridgerton came out on Netflix at the end of December last year, its popularity has only grown this year. The show that can be best described as a cross-over between a Jane Austen novel, Gossip Girl, and Fifty Shades of Grey, left viewers across the world asking for more. Rege-Jean Page, who played the Duke of Hastings in the show, received quite a bit of… erm, love, in particular. The whole internet seemed to fantasize about Rege, which resulted in some pretty funny memes.

I should believe “to spoon” now takes on quite a different meaning indeed. pic.twitter.com/KTmsDDlCJM

After a brawl broke out between the workers of two chaat stalls in Uttar Pradesh’s Bhagpat, netizens were rolling with laughter at the video of the fist-fight. However, what caught everybody’s interest was a man dressed in a green Kurta with orange hair who looked like Albert Einstein. Thus began a wave of some of the most hilarious memes of 2021. 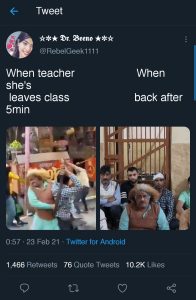