Set on the banks of a beautiful lake, Pushkar is a small town located in the Ajmer district of Rajasthan. A special place of worship for Hindu and Sikh devotees, the small town of Pushkar sees a variety of tourists. From Hindu pilgrims to foreigners who come in search of peace, Pushkar hosts a large variety of tourists comfortably every year. 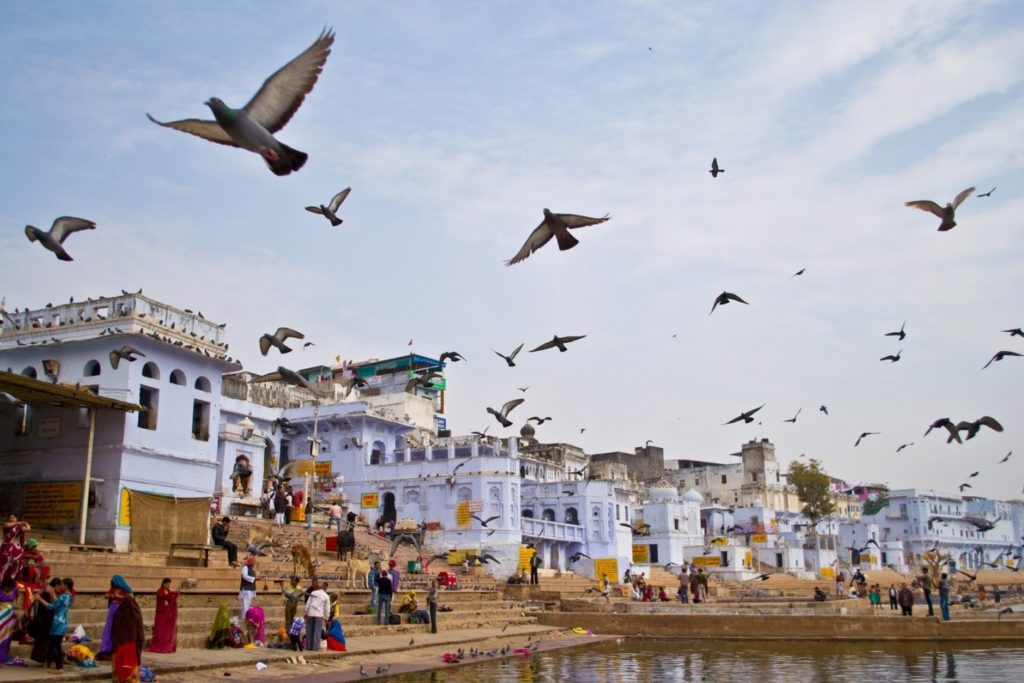 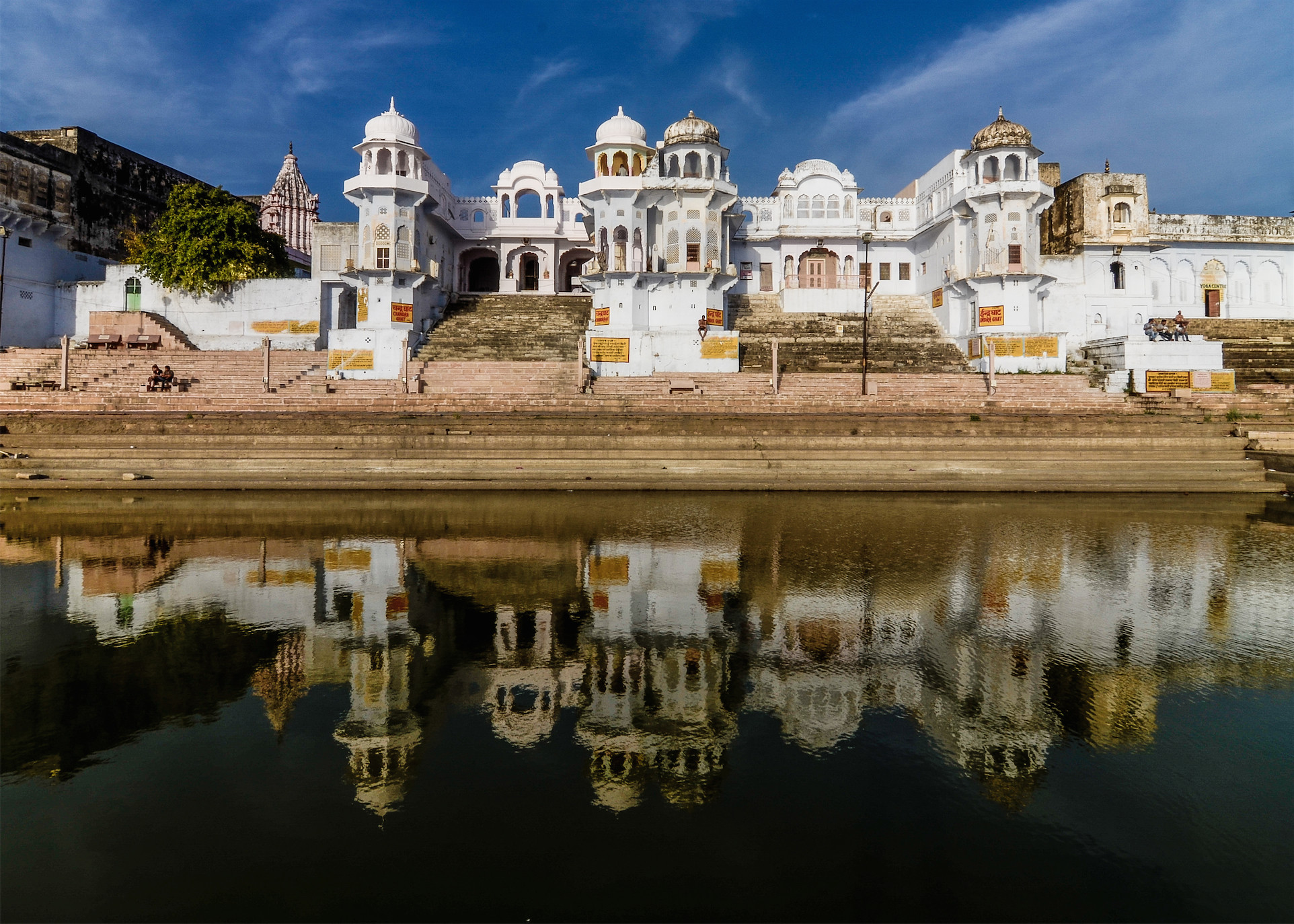 Just the idea of being a pilgrim site can sketch a dull picture of a place. However, when it comes to Pushkar, things are way more vibrant and colorful than any other pilgrim site in the country. And, how so? Pushkar is a favorite destination for tourists from all over the world. Israeli, British, American and Korean tourists can be seen trotting the streets of Pushkar every year. The chants of ‘Om Shanti’ accompanied by Shiva tattoos and messy hairstyles of religious hippies is what sets Pushkar apart from all the other pilgrim sites in the country. 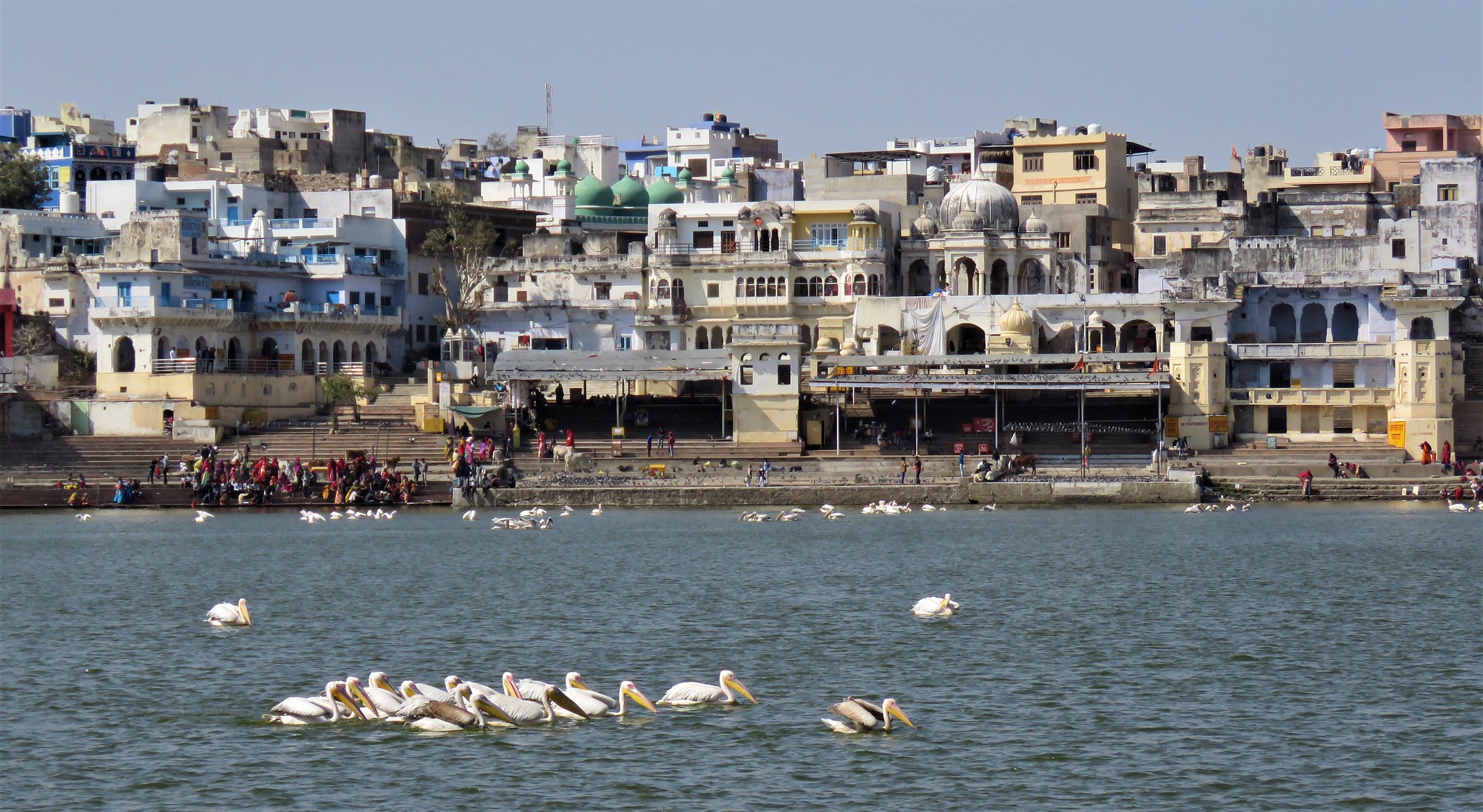 The holy city, where consumption of alcohol and non-vegetarian dishes is strictly prohibited, is divided into Basti Basti and Choti Basti. The major religious and tourist attraction of the town is the Pushkar lake aka Sarovar. The lake is surrounded by 52 ghats, mainly on the eastern and the northern side. The main markets and temples are located at a walking distance from all the major ghats.

Located in the Ajmer district of Rajasthan, Pushkar is barely 10 km northwest of Ajmer city and around 150 km southwest of Jaipur. From Delhi, the holy city of Pushkar is about 415 km and takes around 7-8 hours to reach.

A little less dry and arid than most parts of Rajasthan, Pushkar still experiences very hot summers. The temperature during the summer season ranges anywhere between 25 and 45 degrees. During the winter season, the mercury fluctuates between 8 and 22 degrees. The town receives rainfall in abundance during the monsoon season.

Things to See & Do In Pushkar

Taking holy dips at the ghats and offering prayers at various temples is the main attraction for tourists and devotees. Besides, you can also enjoy local delicacies, witness the magnificent sunset from ghats and take an adventurous camel ride in the town.

While beautifying the holy town of Pushkar, the lake becomes the main attraction for every visitor. There’s a legend associated with the lake that makes it a sanctum for Hindu devotees. It is believed that Lord Brahma created the lake by combining the waters of four sacred places—Badrinath, Jagannath, Rameshwaram, and Dwarka. In total, there are 52 ghats surrounding the lake which are adorned by numerous small temples. Besides, the sunset view from these ghats is one of the most unmissable things in this town. Head for Kishangarh ghat in the evening and enjoy the serenity while watching the sunset. 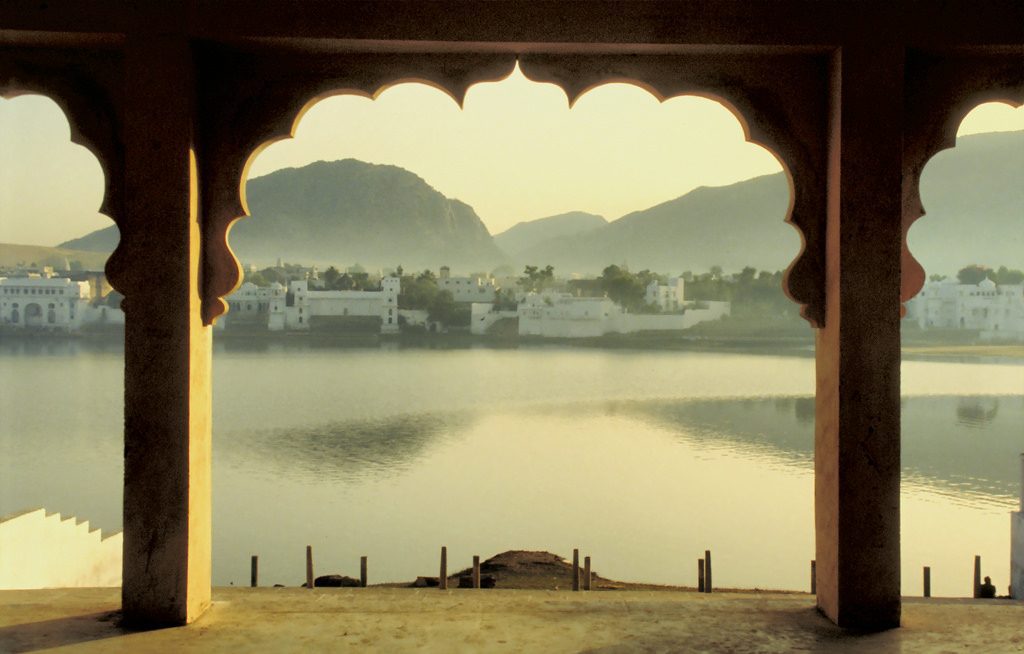 Every year, between October and November the otherwise calm and peaceful town enters a state of hubbub. The streets are flooded with animals decorated with colorful accessories and travelers who come to witness the festival. During the week-long festival, camels, snake-charmers, magicians, monkey trainers and all sorts of entertainers became a part of the fair to entertain the tourists. 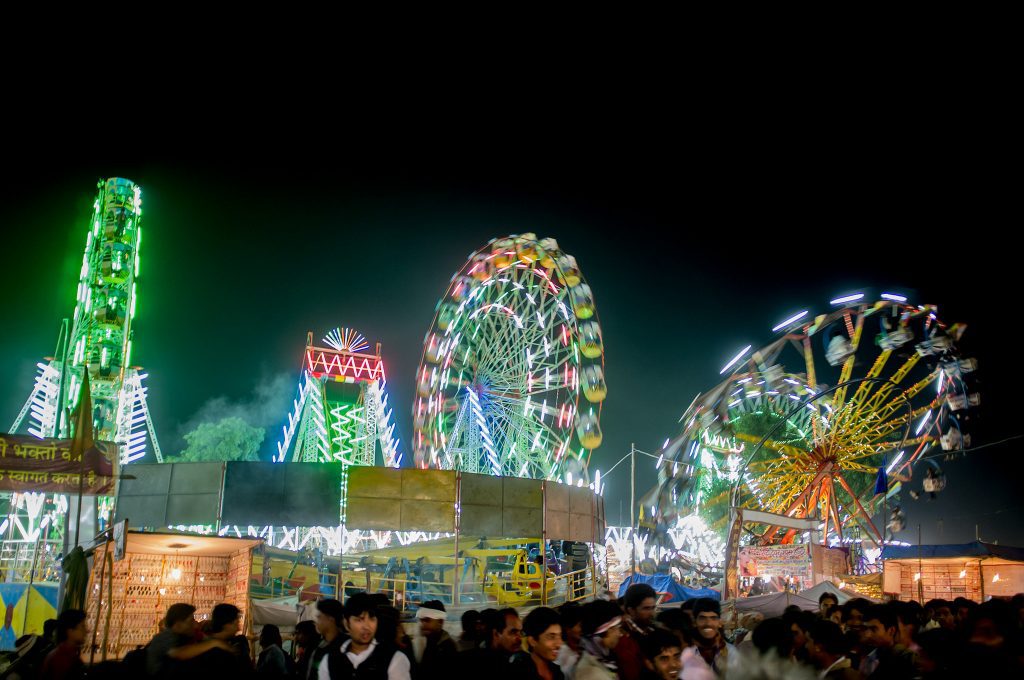 Visiting the sand dunes in the outskirts of Pushkar, which are also the venue for the famous Pushkar Mela, is a good excursion from the town. Camel safaris, which are arranged by many popular hotels in the town, give an unforgettable ride and experience to the visitors. The safari includes a camel-pulled cart which is equipped with comfortable mattresses and bolsters to give the tourists a royal experience. 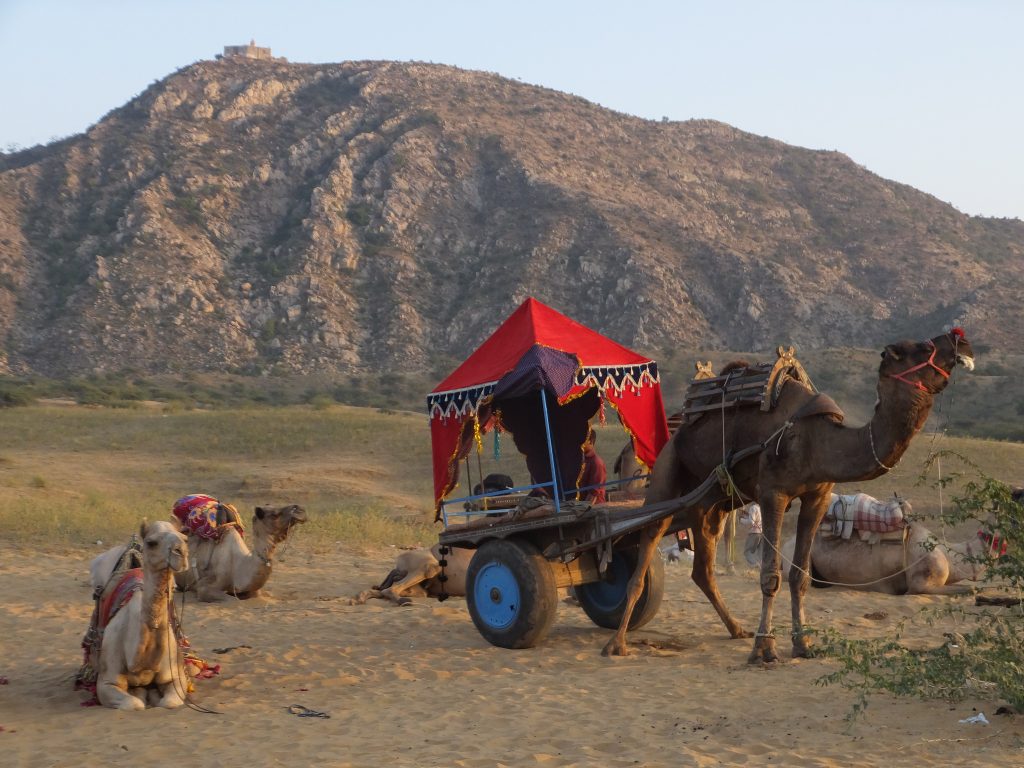