Based on Hajime Isayama’s award-winning manga, Shingeki no Kyojin, this is one of the best Shounen anime out there. The show is currently airing the second part of its final season and fans can’t seem to get enough of the show. Given the unique plot of the show, it has plenty of brilliant and thought-provoking scenes in it. Not to speak of the brave and inspirational characters! Let’s have a look at some of the best quotes from Attack on Titan that’ll definitely give you goosebumps.

Also read: 20 Best Anime Quotes That Will Enliven The Weeb In You

1. “Their lives… were they meaningless? No, they weren’t! It’s us who gives meaning to our comrade’s lives! The brave! The anguished fallen! The ones who will remember them are us, the living! We die trusting the living who follow to find meaning in our lives! That is the sole method in which we can rebel against this cruel world. My soldiers, rage! My soldiers, scream! My soldiers, fight!” -Erwin Smith 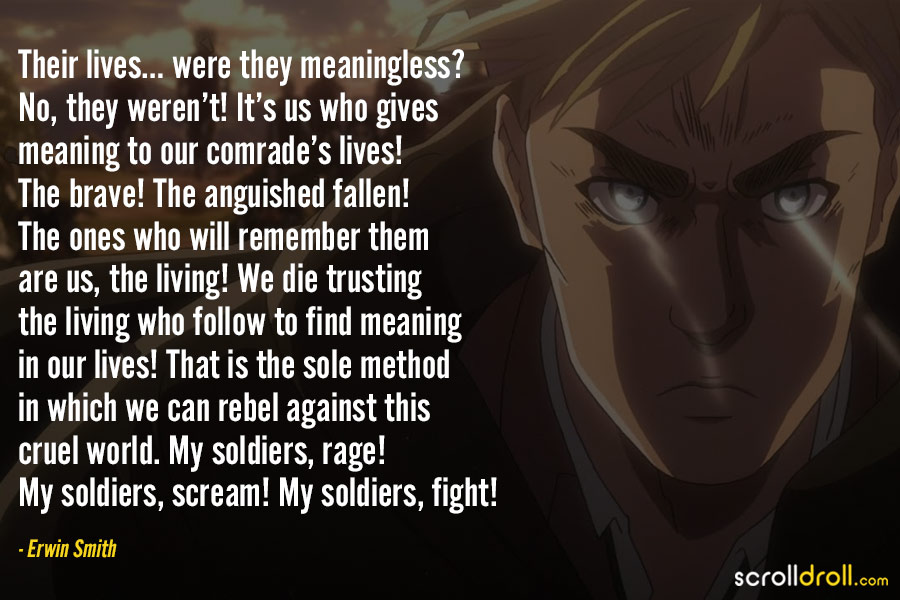 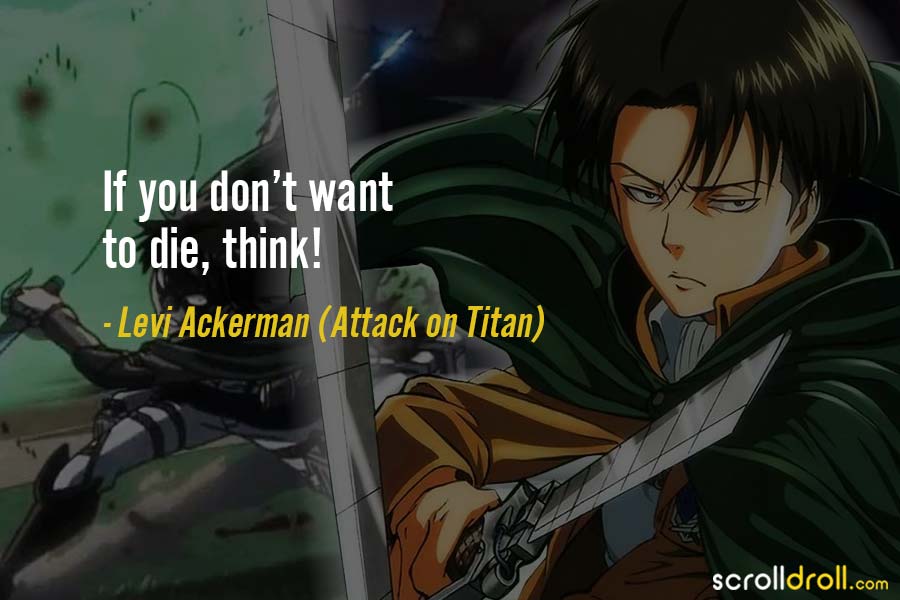 3. “You can’t change anything unless you can discard part of yourself too.”– Armin Arlet 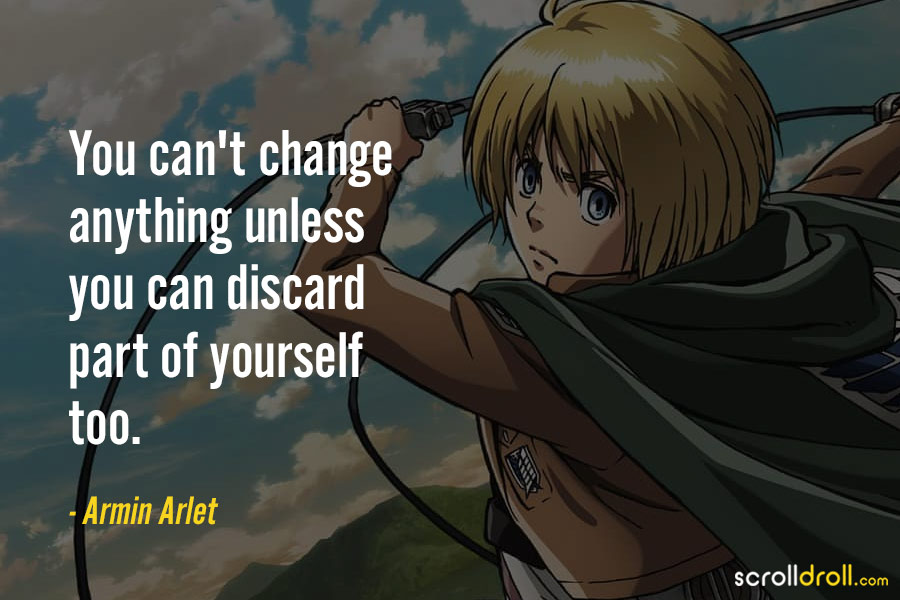 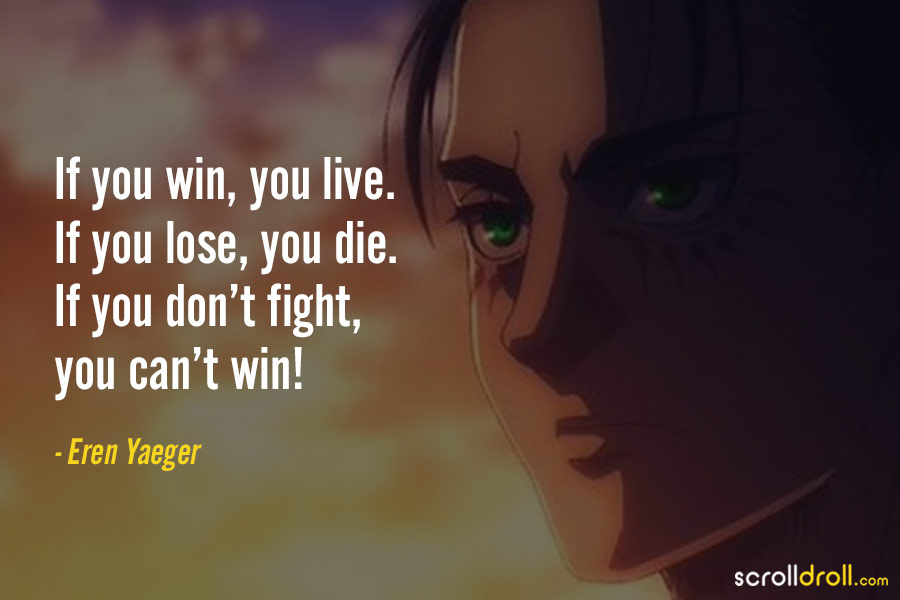 5. “The difference between your decision and ours is experience. But you don’t have to rely on that. Choose, believe in yourself, or believe in the survey corps and me. I don’t know… I never have. I can believe in my own abilities or the choices of the companions I trust. But no one ever knows how it will turn out. So choose for yourself, whichever decision you will regret the least.”– Levi Ackerman. 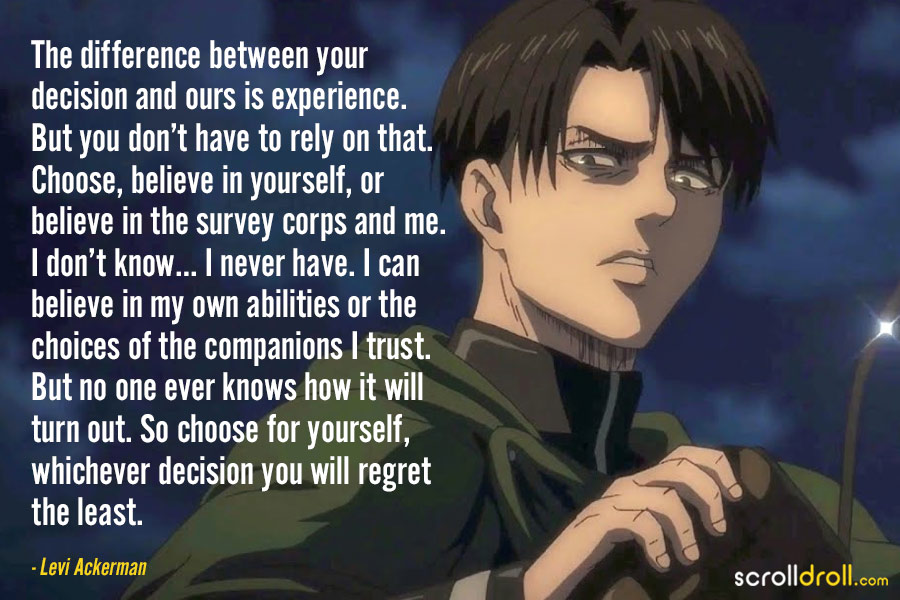 6. “There’s no time to figure out if this the right thing to do! Just move – Don’t try to keep your hands clean. That’s right, the world is cruel.”― Eren Yaeger 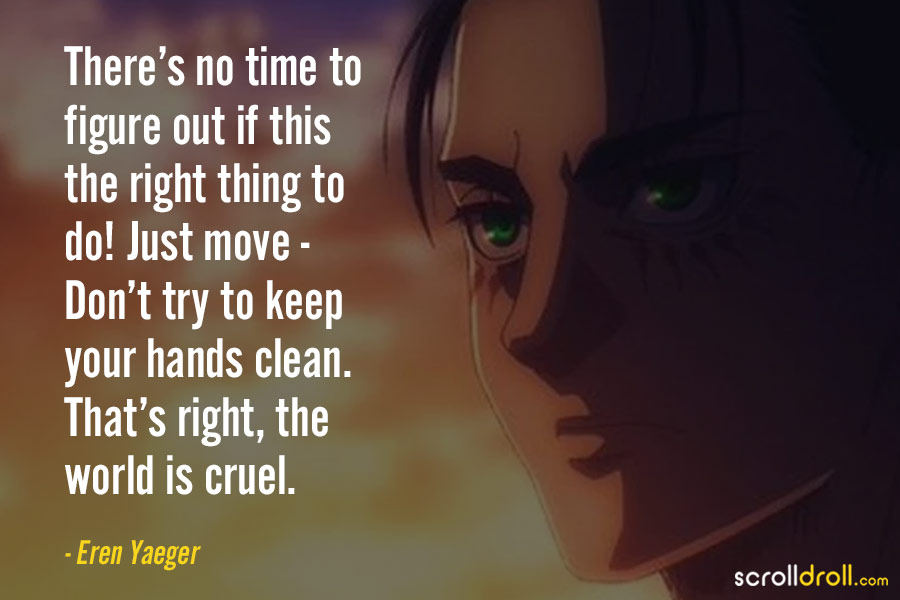 7. “To surpass monsters, you must be willing to abandon your humanity.”―Armin Arlert. 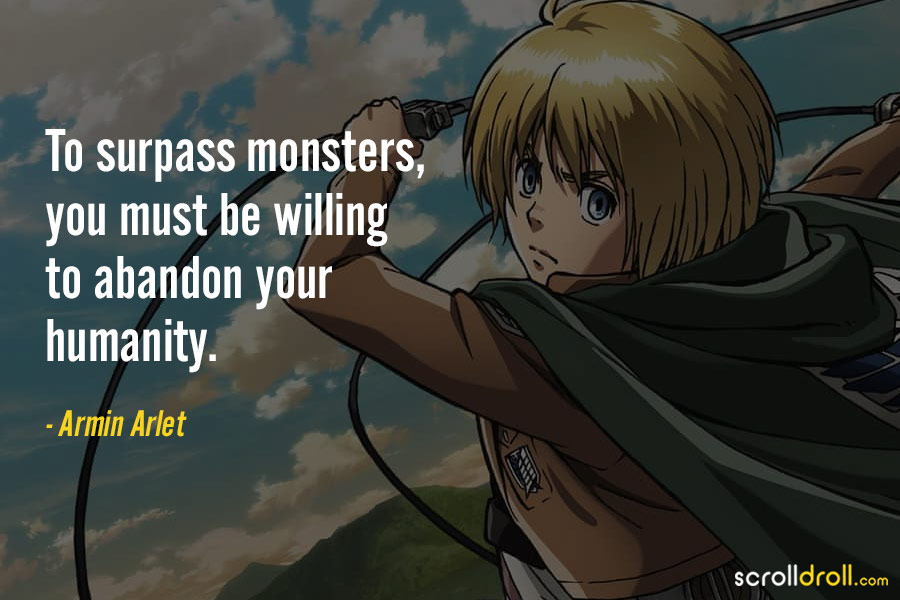 8. “One day or another, everyone you care about eventually dies. It’s something we simply can’t accept. It’s a realization that could drive you insane.”– Hange Zoe. 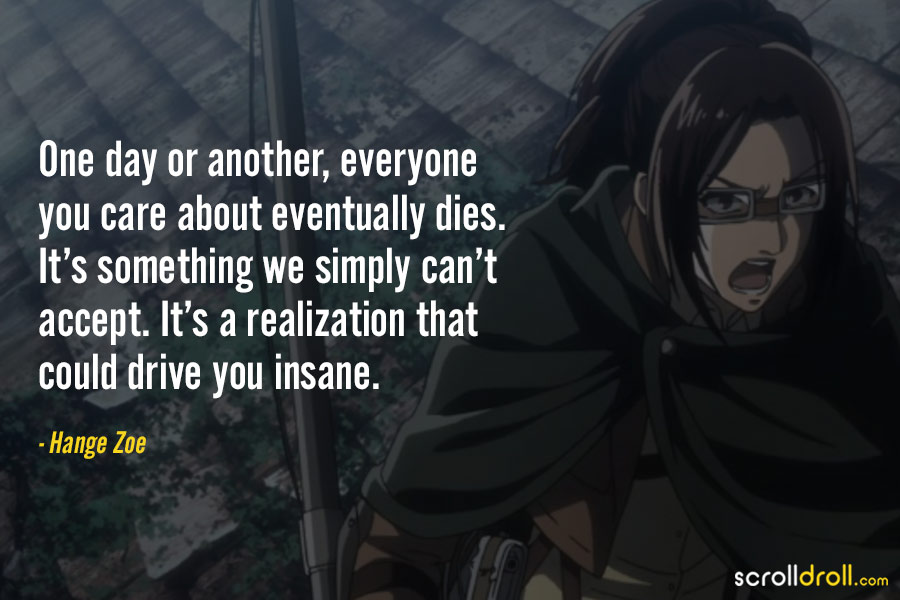 9. “What is the point if those with the means and power do not fight?”― Eren Yaeger 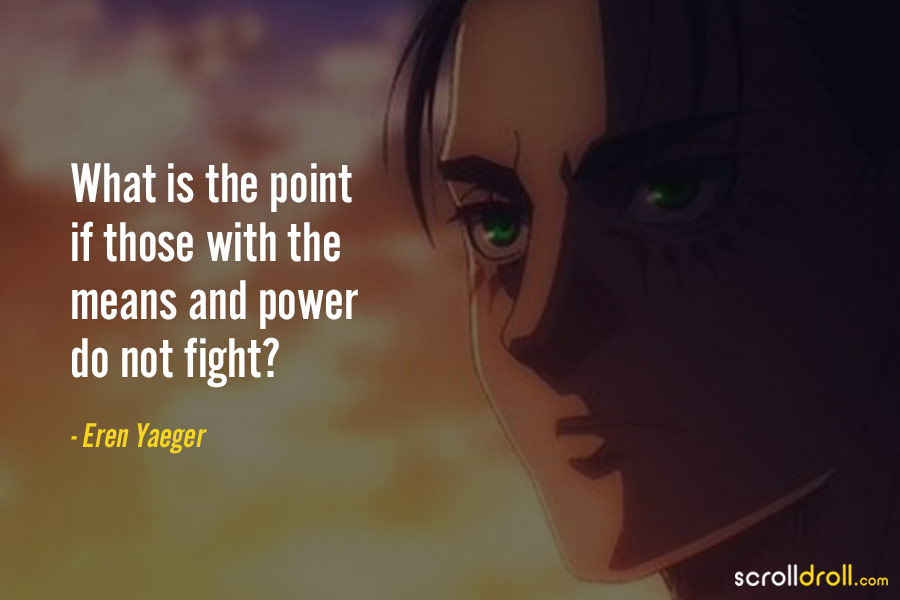 10. “If you think it’s natural for people to sacrifice their own lives to save others, surely you understand that sometimes a single death can save many lives.”– Mikasa Ackerman. 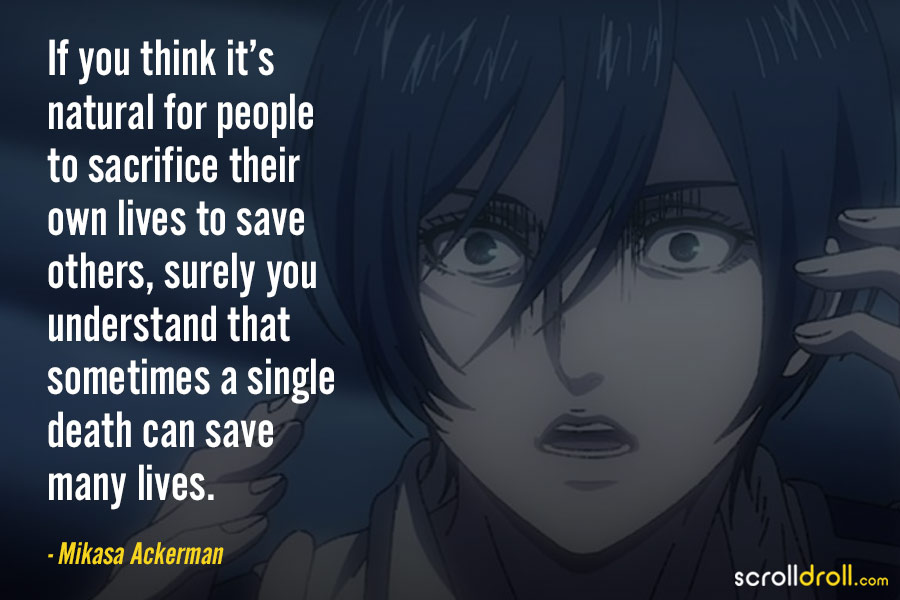 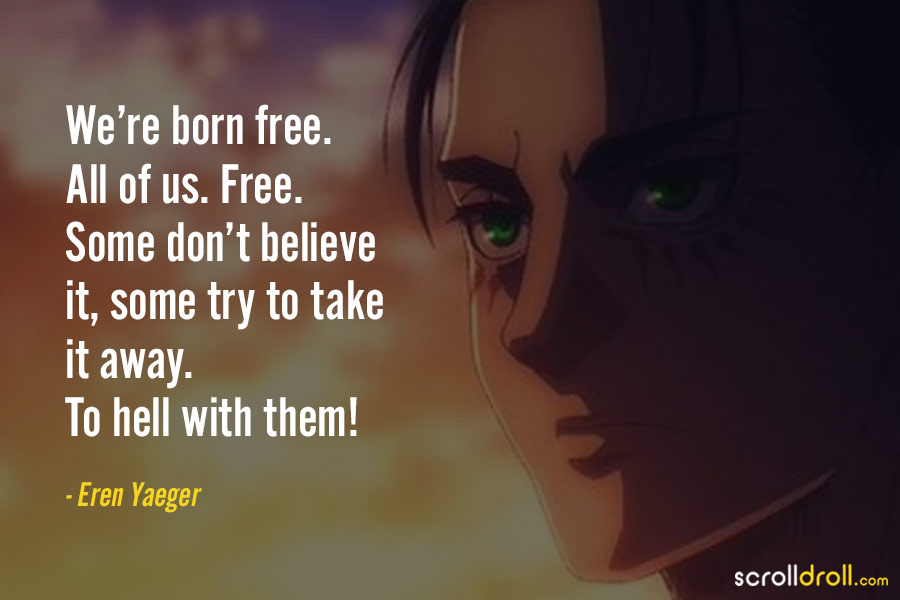 12. “Everyone I’ve met was all the same. Drinking, women, Worshiping God, even family, The King, dreams, children, power… Everyone had to be drunk on something to keep pushing on. Everyone was a slave to something. ”– Kenny 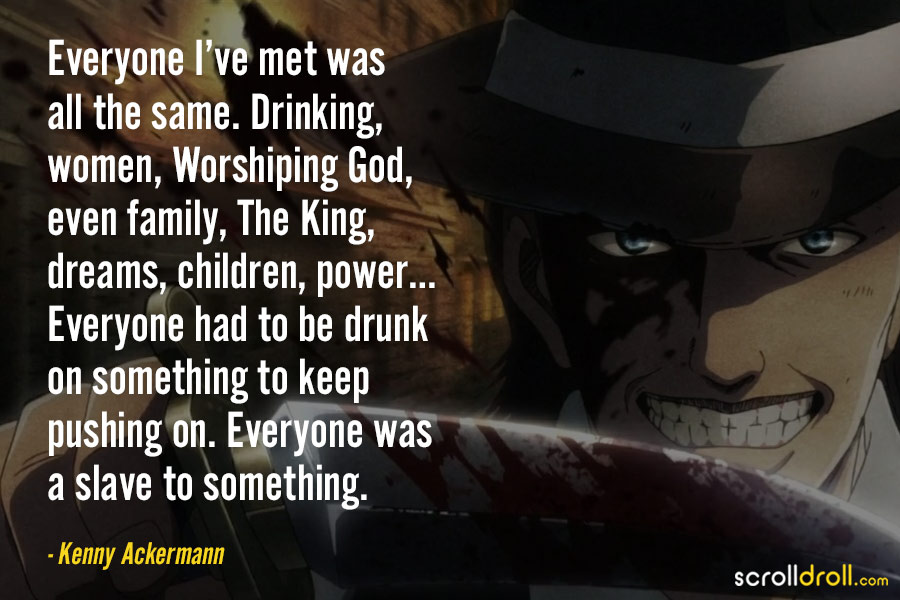 13. “People who can’t throw something important away can never hope to change anything.” – Armin Arlert 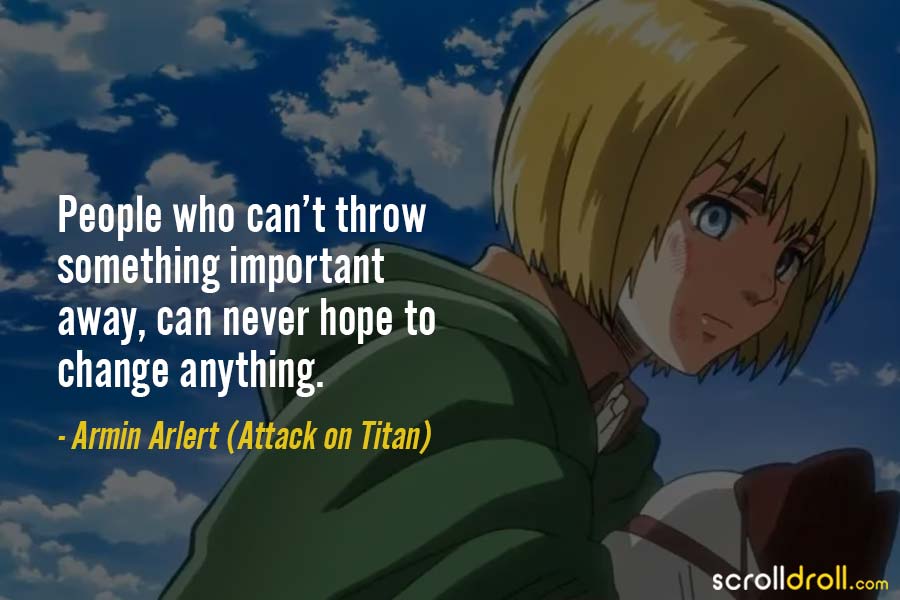 14. “You’re not a strong person, so you can really understand how weak people feel. I mean, most humans are weak, including me, but if I got an order from someone who saw things like I do, no matter how tough it was, I’d do my damnedest to carry it out.”– Marco Bott 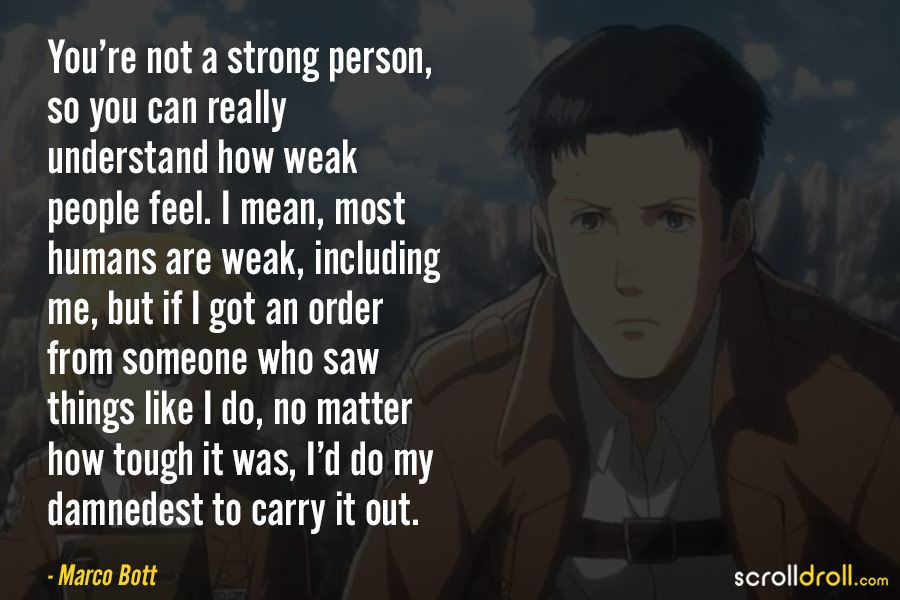 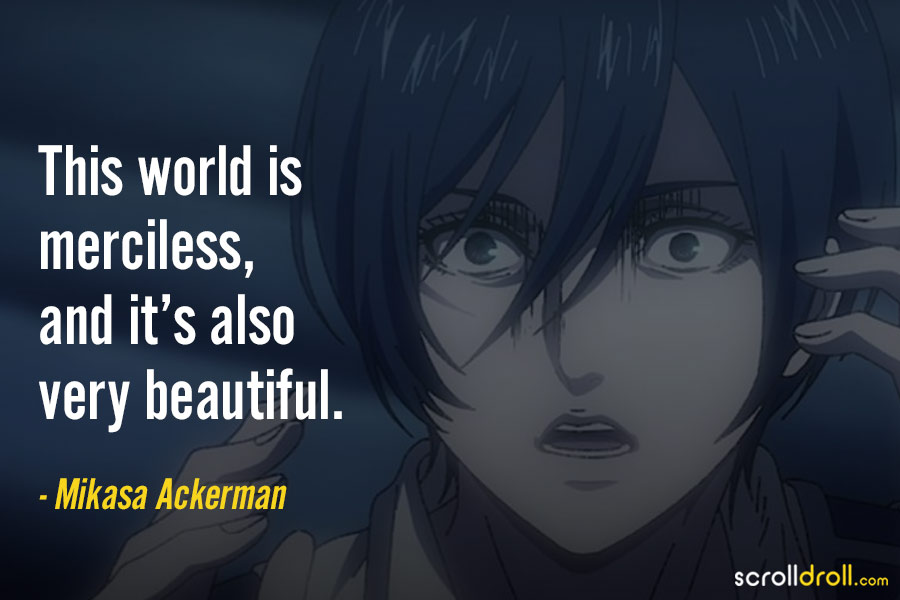 16. “The strong feed upon the weak. It’s such a simple rule… except in this world, my friends tried to be strong”– Armin Arlert 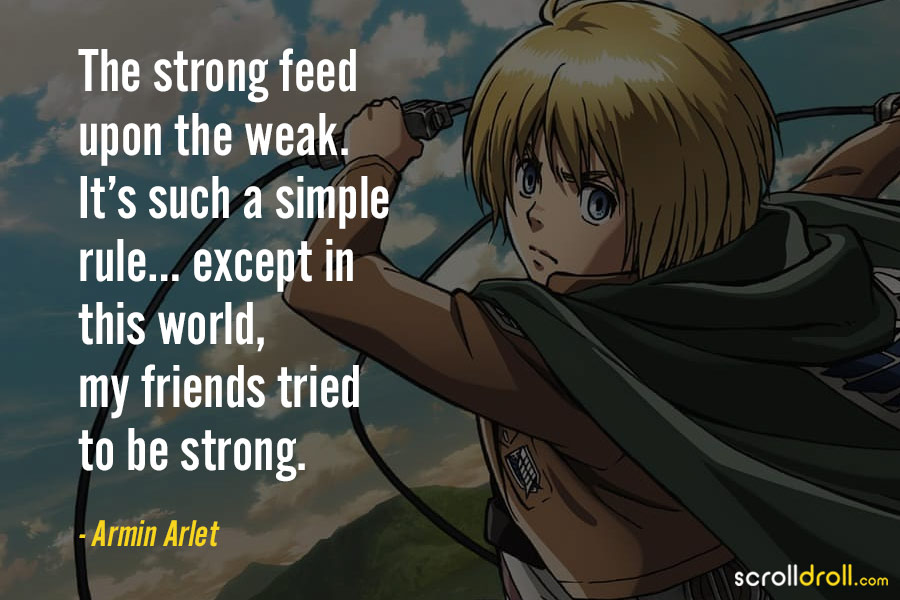 17. “We need to stop living for others. From now on, let’s live for ourselves!”-Historia Reiss 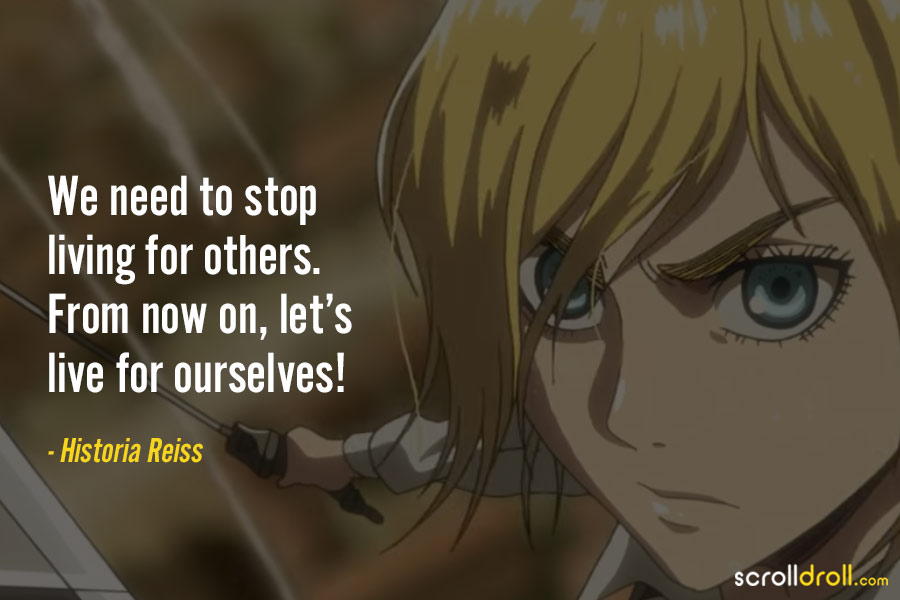 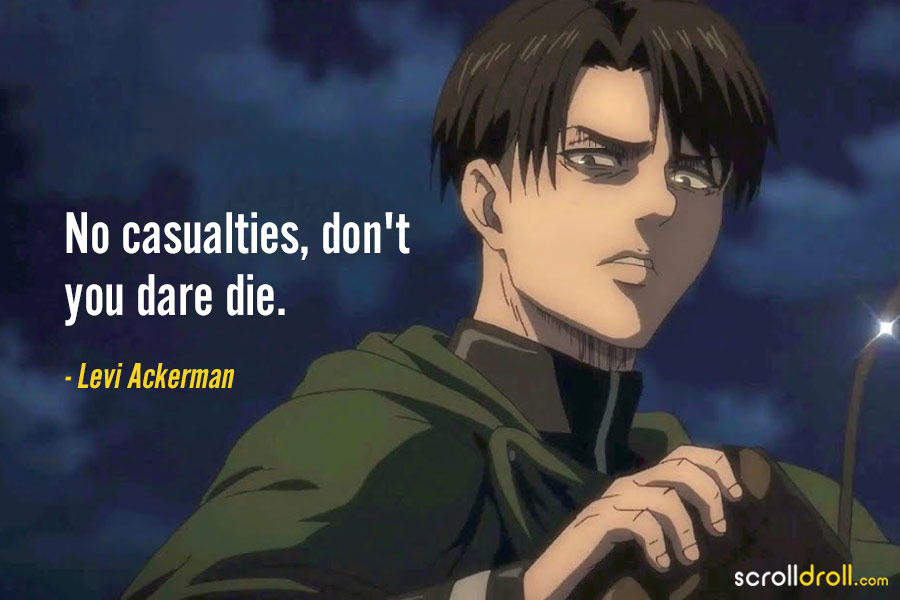 19. “Even in moments of the deepest despair…I guess we can still find hope, huh?”– Hange Zoe. 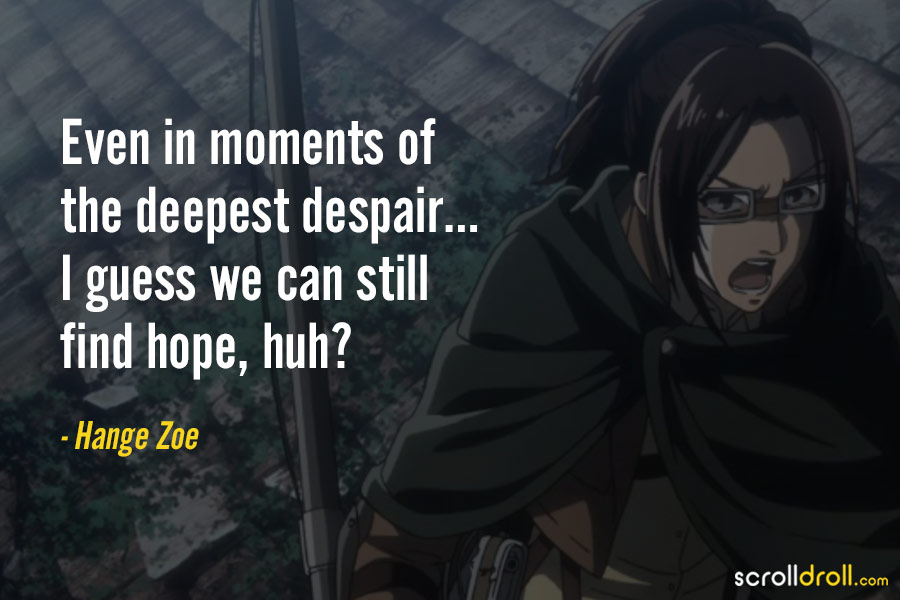 20. “This Moment! This Battle! Humanity’s Continued Survival Depends On It! So Once More, For Humanity’s Sake… Dedicate Your Hearts!”―Erwin Smith 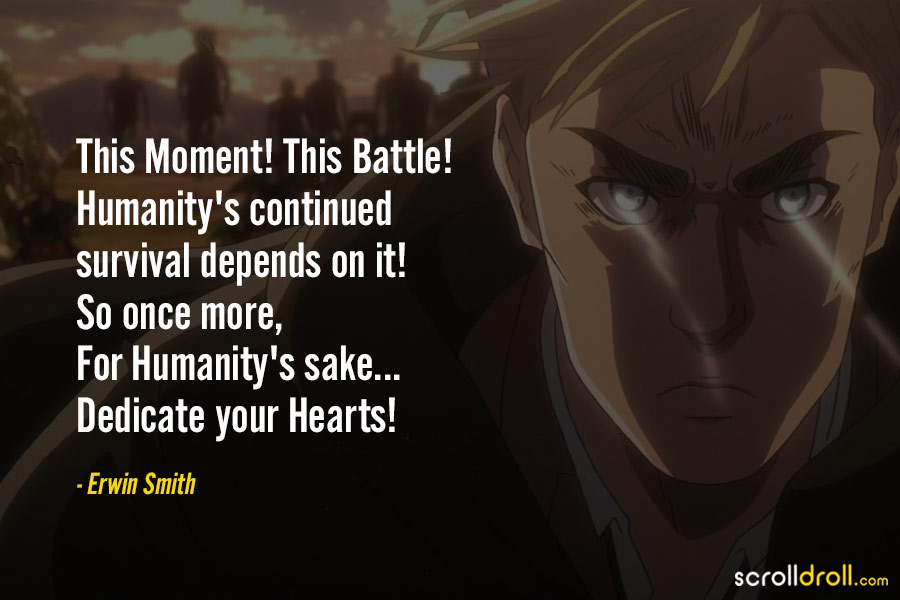 Shinzo wo Sasageyo!!!! And with that last, goosebumps-inducing war cry of Commander Erwin Smith, we have come to an end of the list of some of the best quotes from Attack on Titan. Which of these quotes is your favourite? Do let us know in the comments section.

30 Most Famous Parsis of India And Their Contribution