From a ticket collector to one the finest Captains of World Cricket, Mahendra Singh Dhoni’s spectacular journey over the past two decades has been truly remarkable. Quotes on MS Dhoni by cricket pundits and legends of the game speak volumes about the Captain Cool’s contribution to Indian Cricket. From lightning fast stumpings and impossible catches to finishing off the game for India with a six and captaining India to memorable wins, MS Dhoni is considered to be one of the finest cricketing brains to have ever taken the field.

Indian won the 2007 T20 World Cup, 2011 ODI World Cup and 2013 ICC Champions Trophy under his captainship. He is also India’s most successful Test Captain with 27 Test wins. India also topped the Test cricket rankings for the first time in 2009 under MS Dhoni. Besides, he also captained his IPL Team – Chennai Super Kings to victory in the 2010, 2011 and 2018 seasons while also winning the Champions League Twenty20 in 2010 and 2014. He has scored over 10,000 runs in ODI Cricket with an average of over 50, most of it coming down the order while finishing games for India or accelerating the run rate. MS Dhoni is also considered one of the finest wicket-keepers in the history of the game with 256 catches and 38 stumpings in Test Cricket & 321 catches and 123 Stumpings in ODIs.

Also read: 9 Interesting Facts About The Captain Cool – Mahendra Singh Dhoni and 20 Witty Quotes From The King Of Comebacks-MS Dhoni

As the Captain Cool retires from International Cricket, we bring you some the best quotes on MS Dhoni.

1. “Dhoni is the best Captain I have played under.” – Sachin Tendulkar 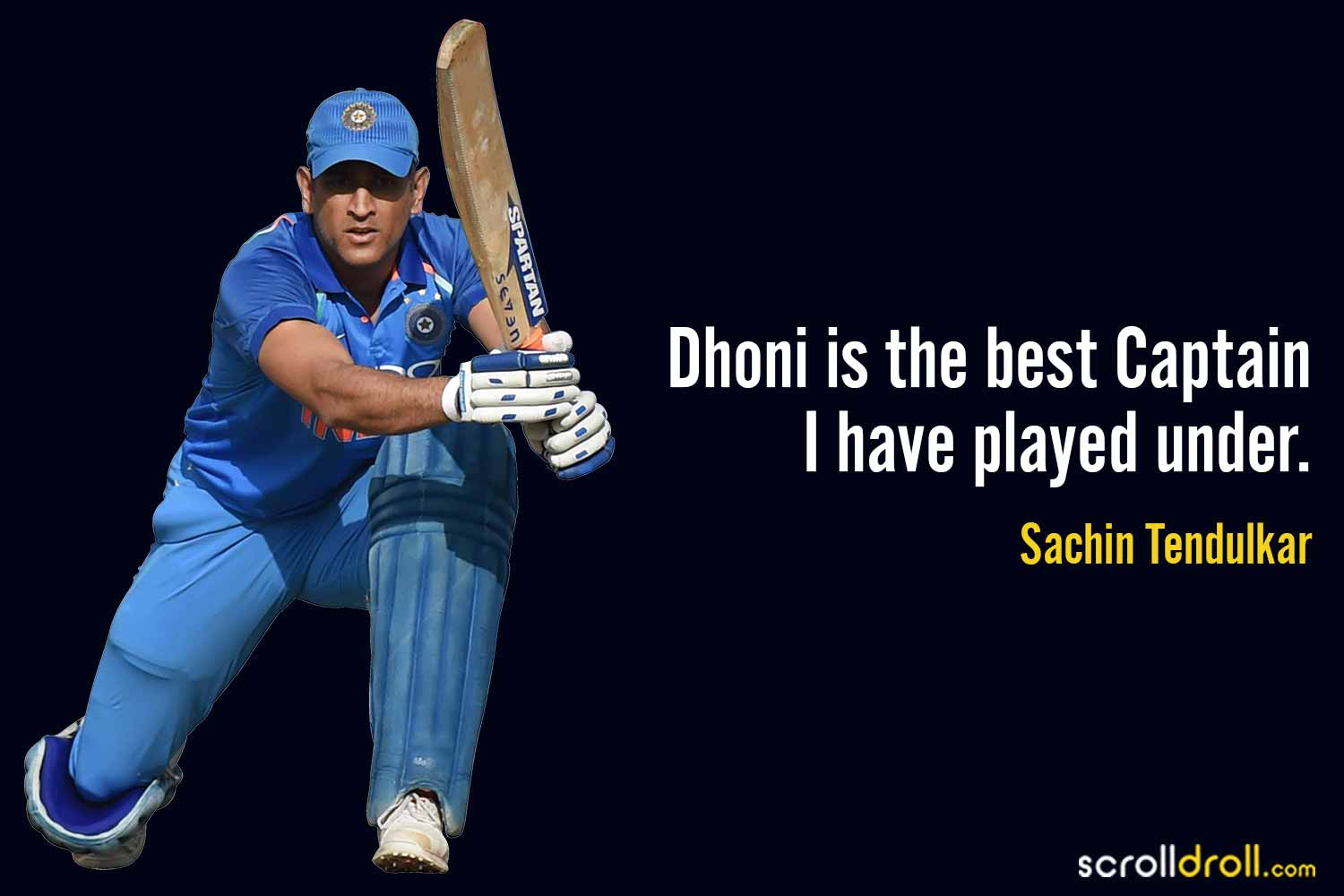 2. “I will pay to watch MS Dhoni bat. Dhoni is not the next Gilchrist. He’s the first MS Dhoni.” –  Adam Gilchrist 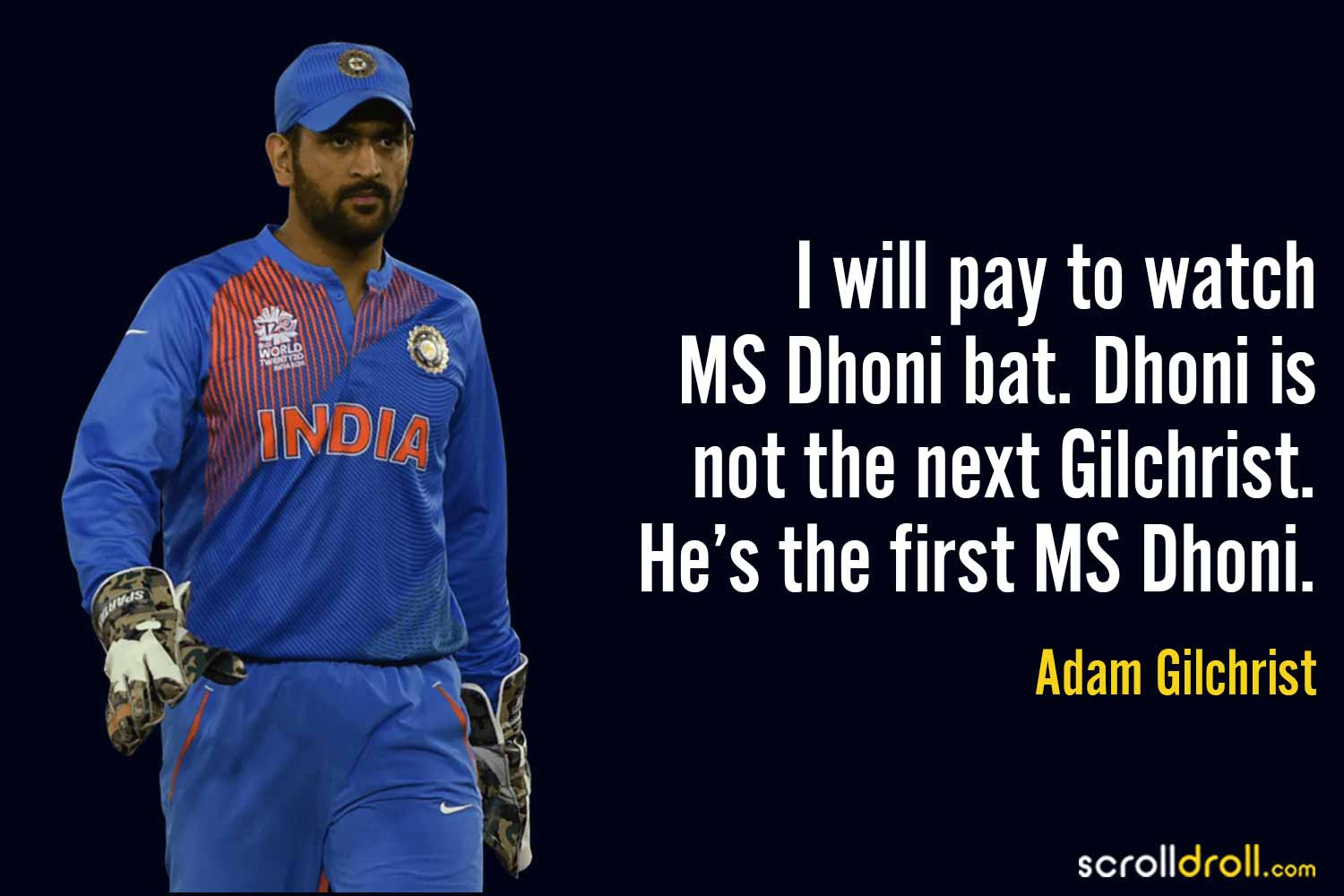 3. “Dhoni is my hero. We talk a lot about Sachin Tendulkar, Virender Sehwag, but this boy has as much talent as anyone in the game.” – Kapil Dev 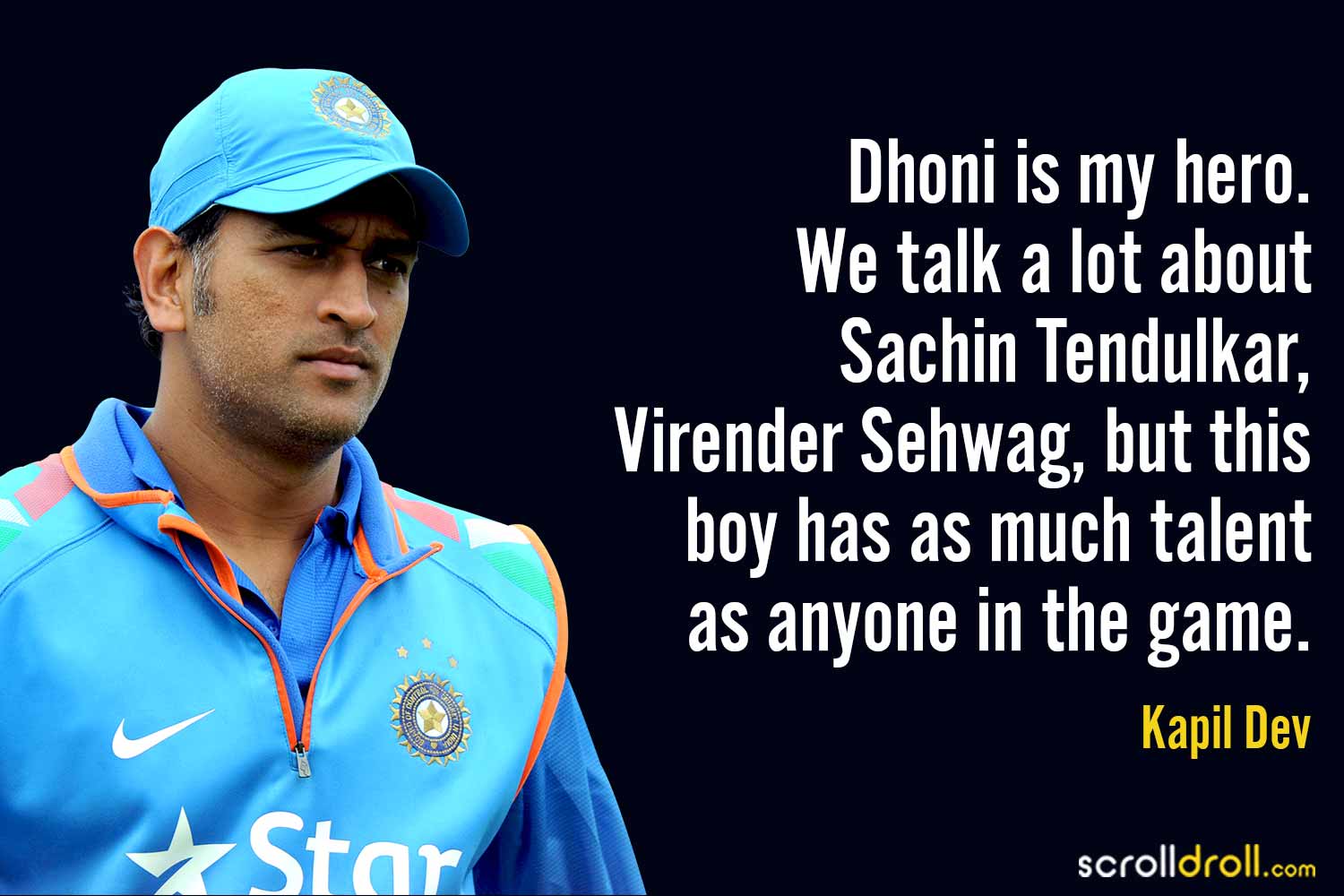 4. “​If you want to learn batting, bat with MS Dhoni.” – Ravindra Jadeja 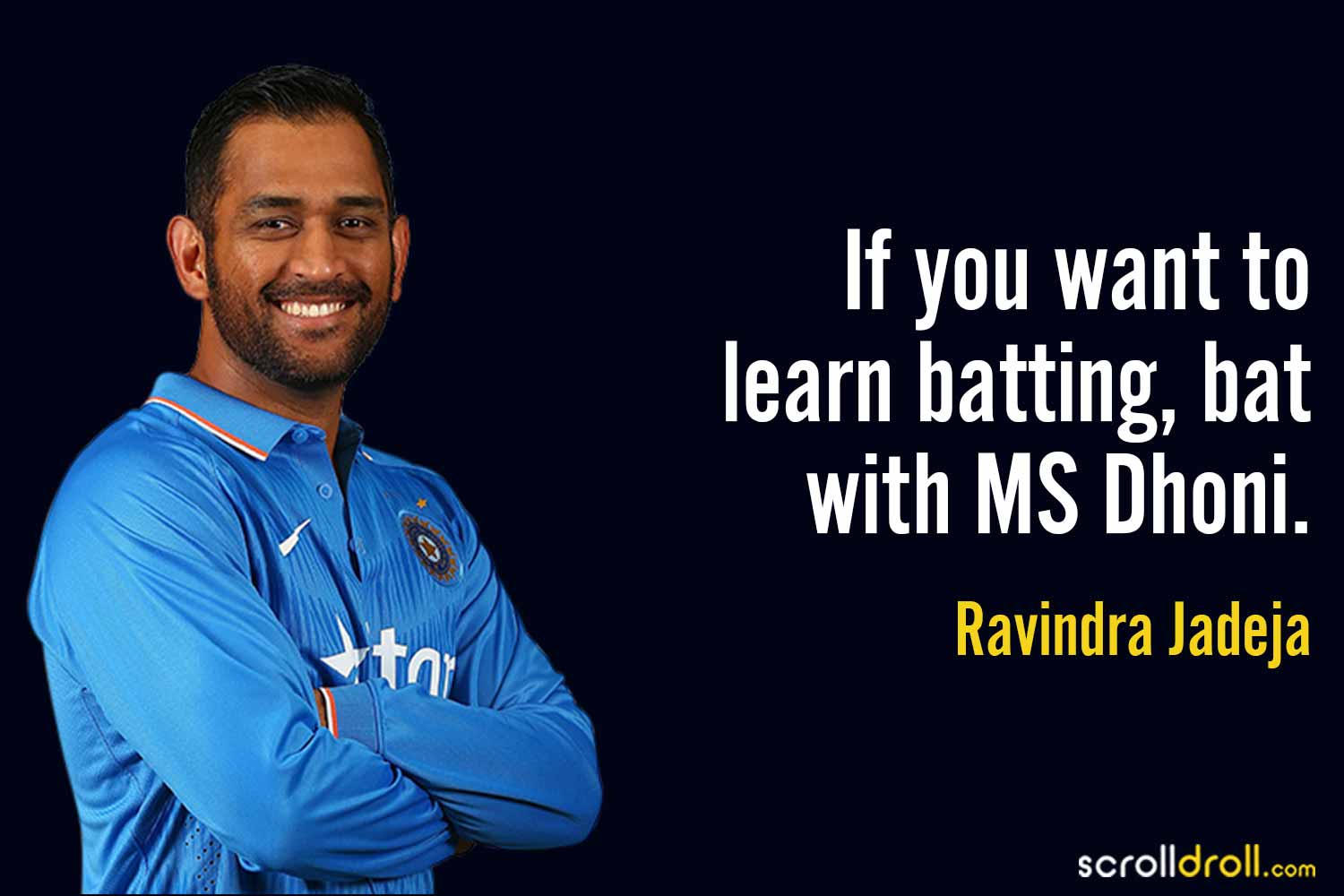 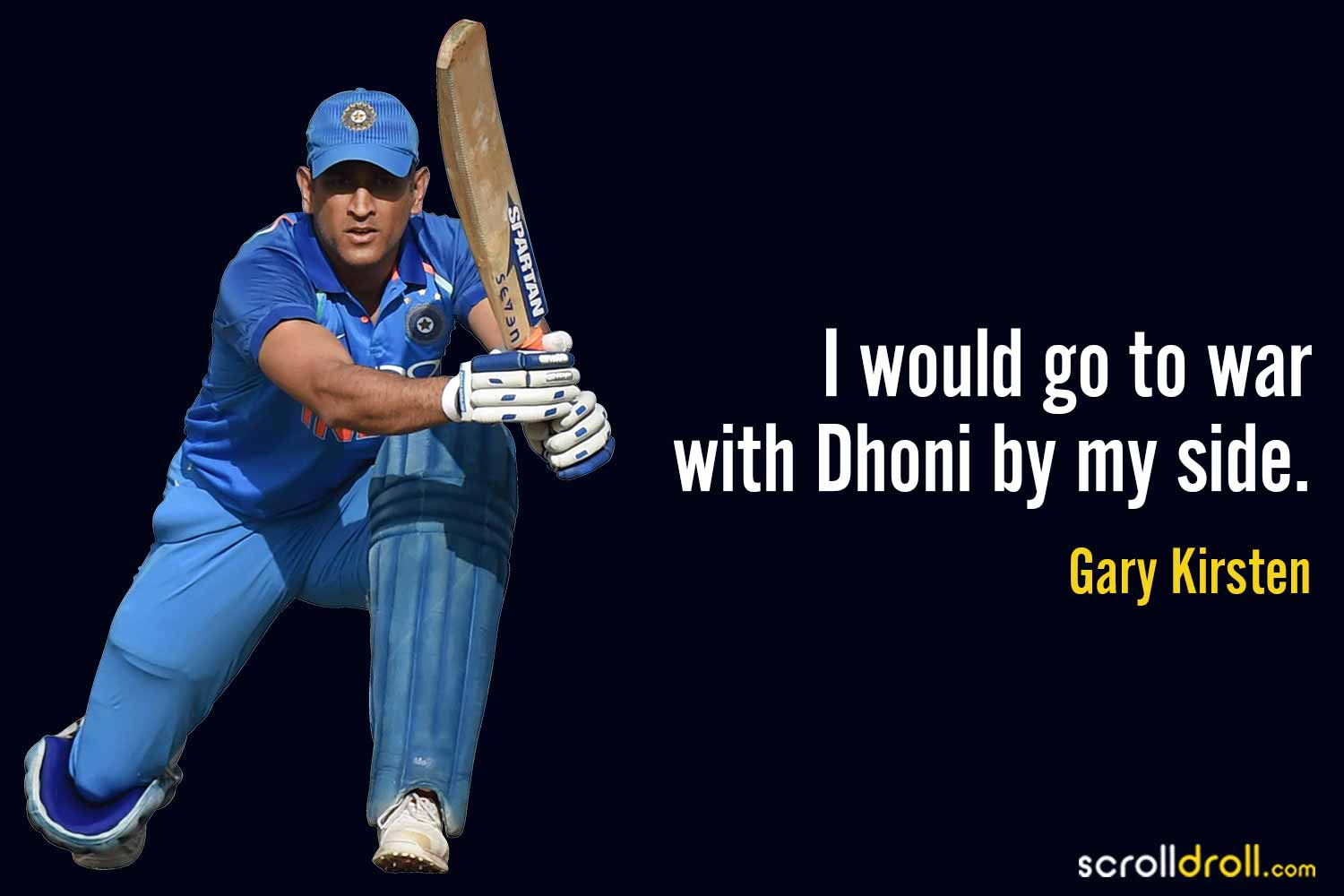 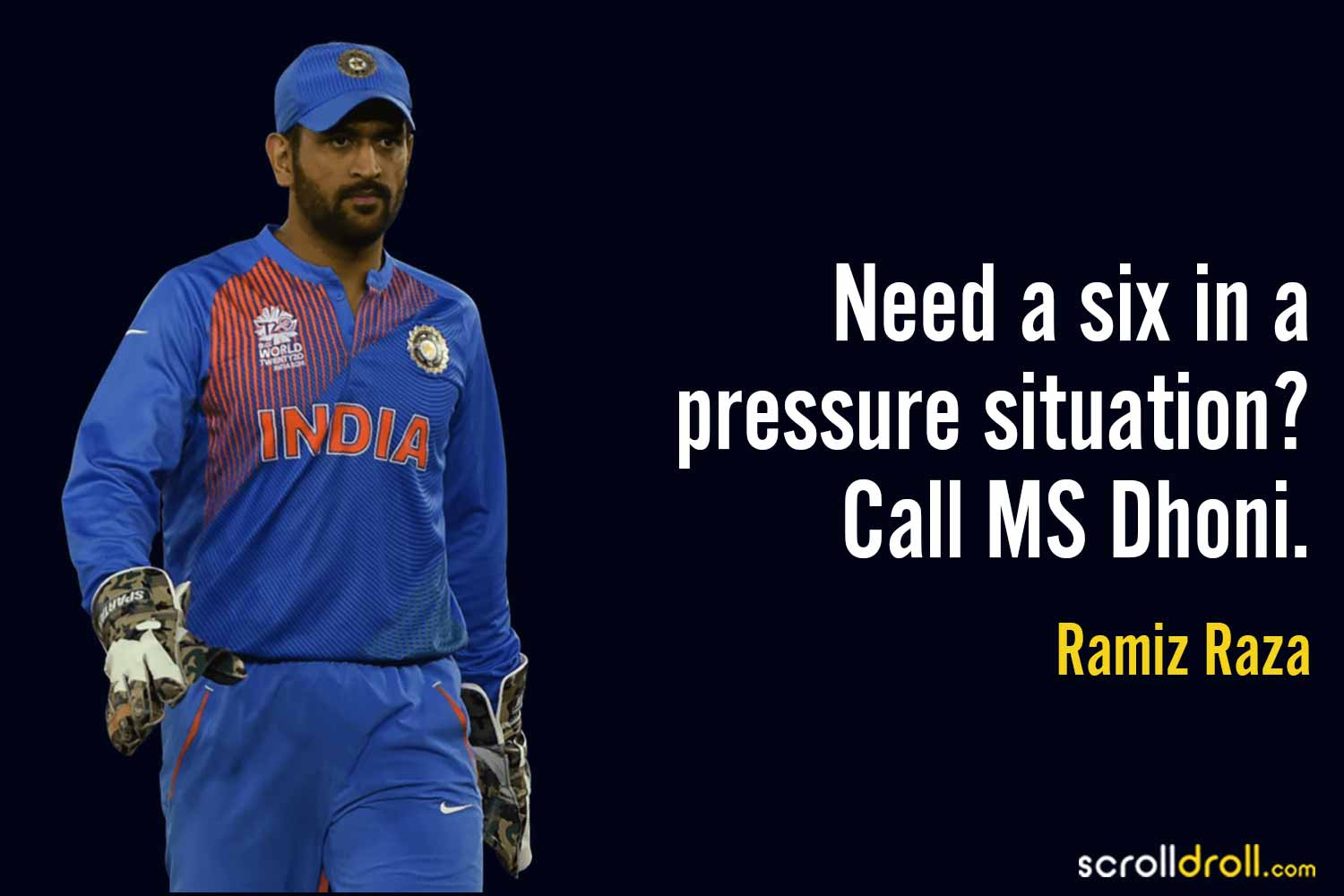 7. “He knows exactly what he wants to do in the middle. He is always calm and composed. He allows himself to make those tough decisions on the field. For me, he will always be my captain.” – Virat Kohli 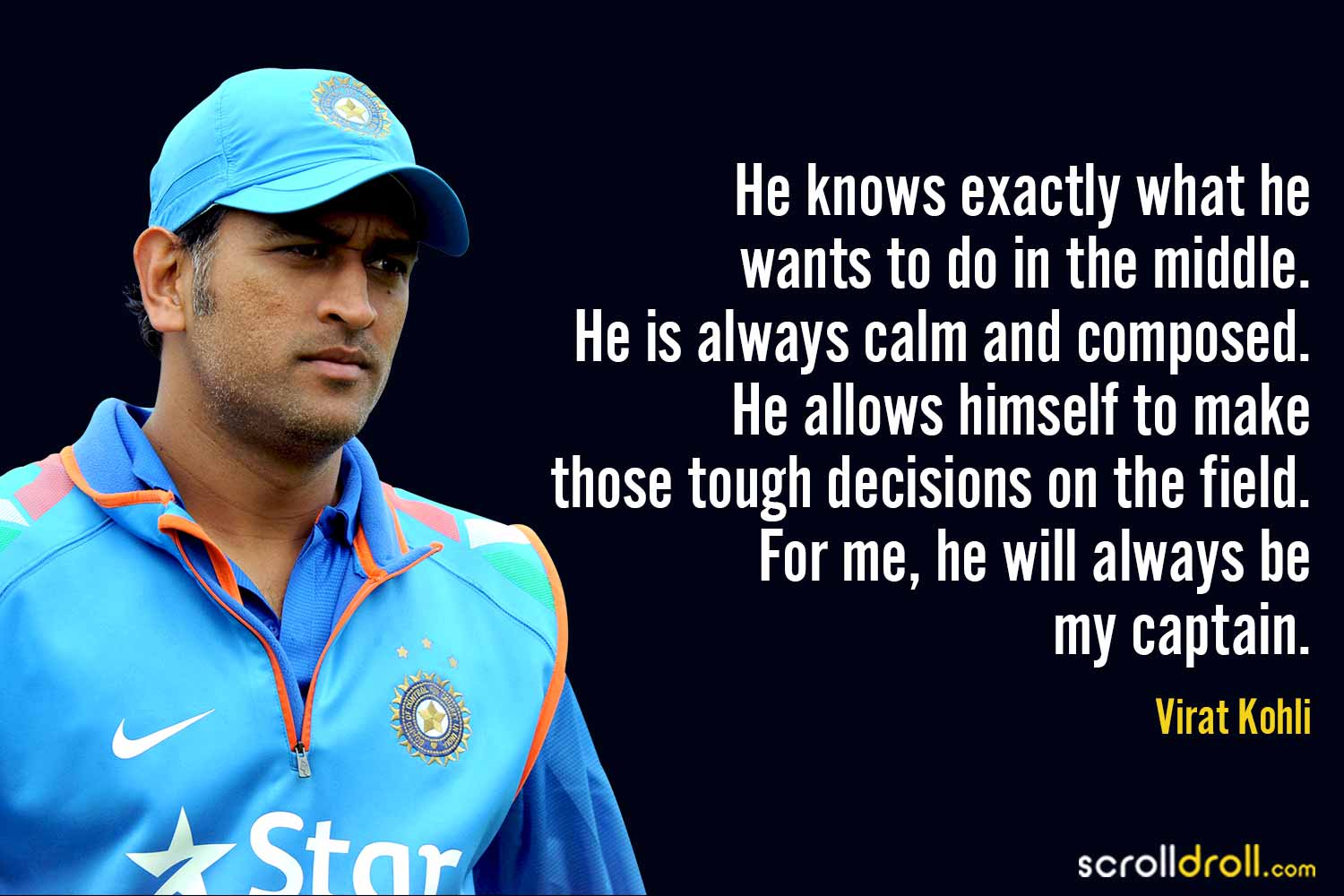 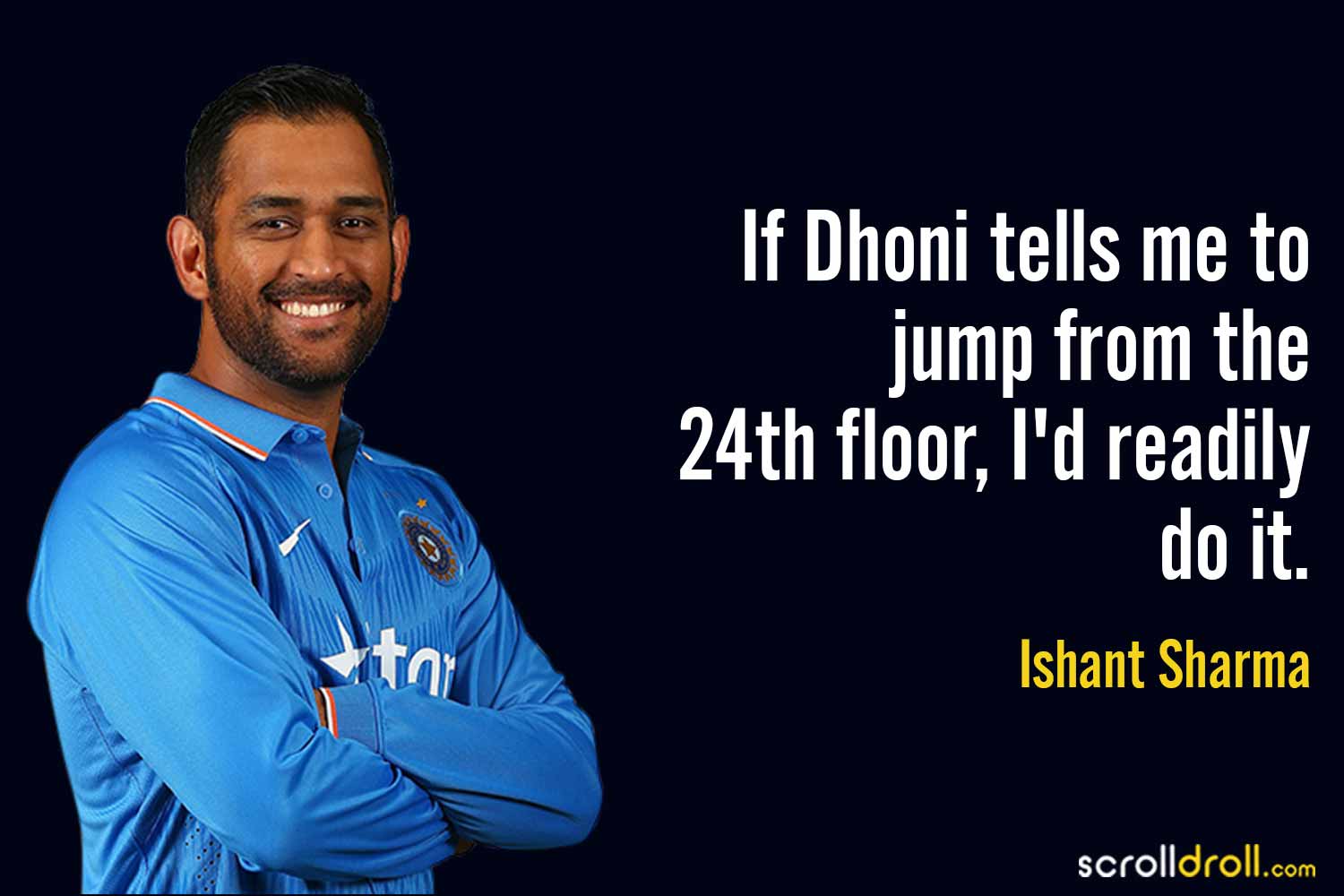 9. “As far as One-Day Cricket is concerned, Dhoni is one of the greatest Captains of all times.” – Saurav Ganguly 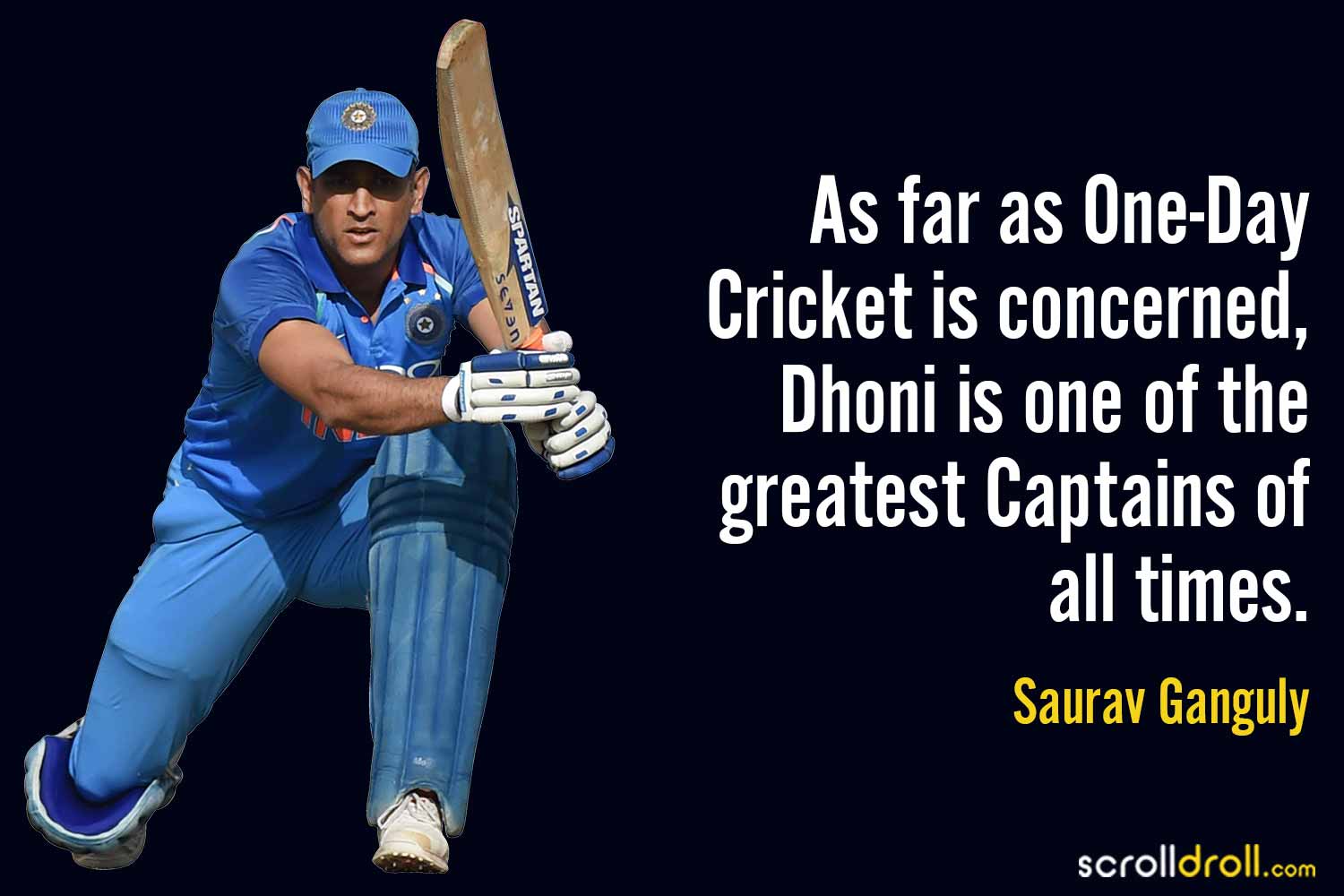 10. “If Dhoni plays till the end, one thing is for sure. He will make his team win.” –  Harsha Bhogle 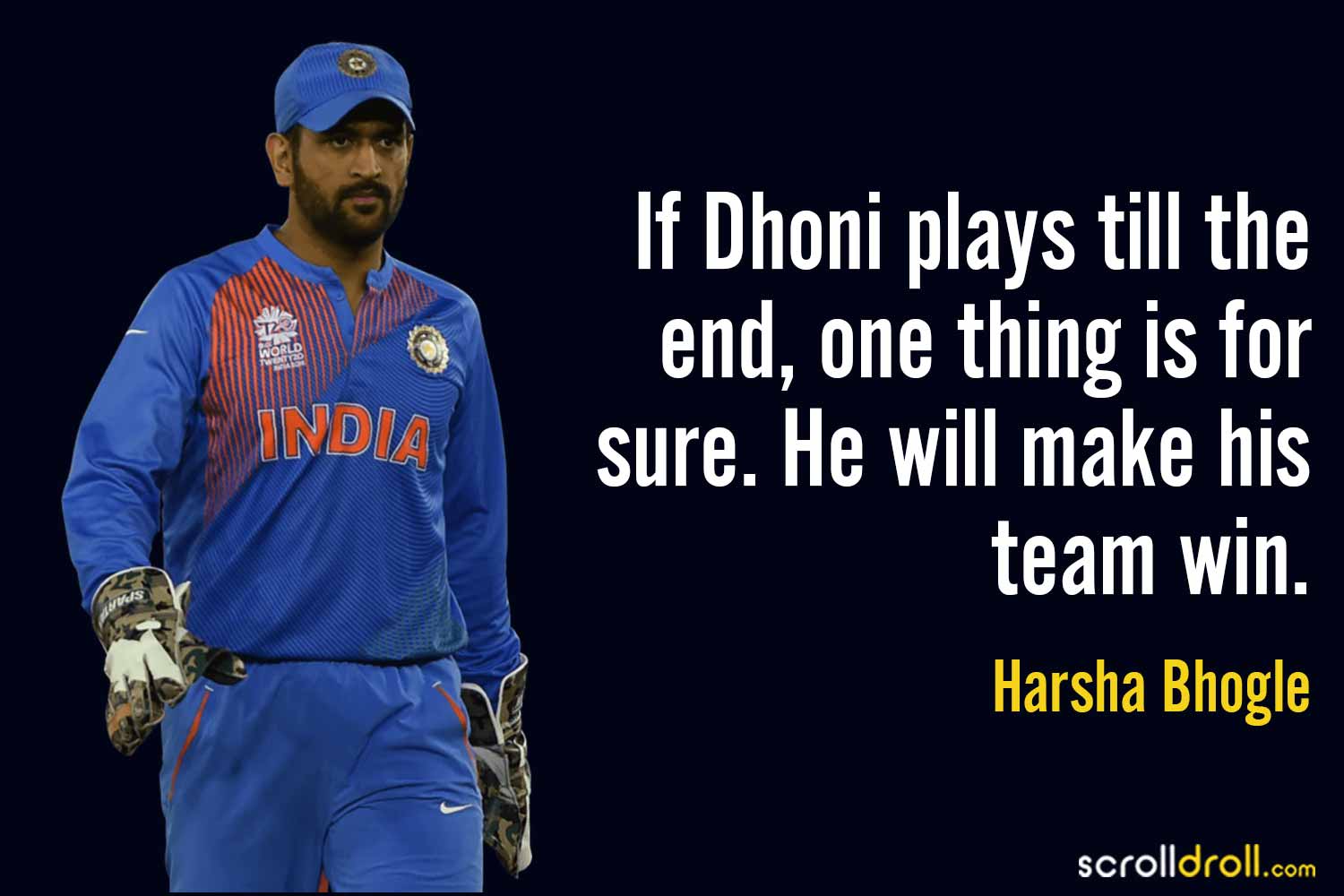 11. “When you compare the icons of the game, you have Sunil Gavaskar, Kapil Dev, Sachin Tendulkar and Dhoni in the same bracket.” – Ravi Shastri 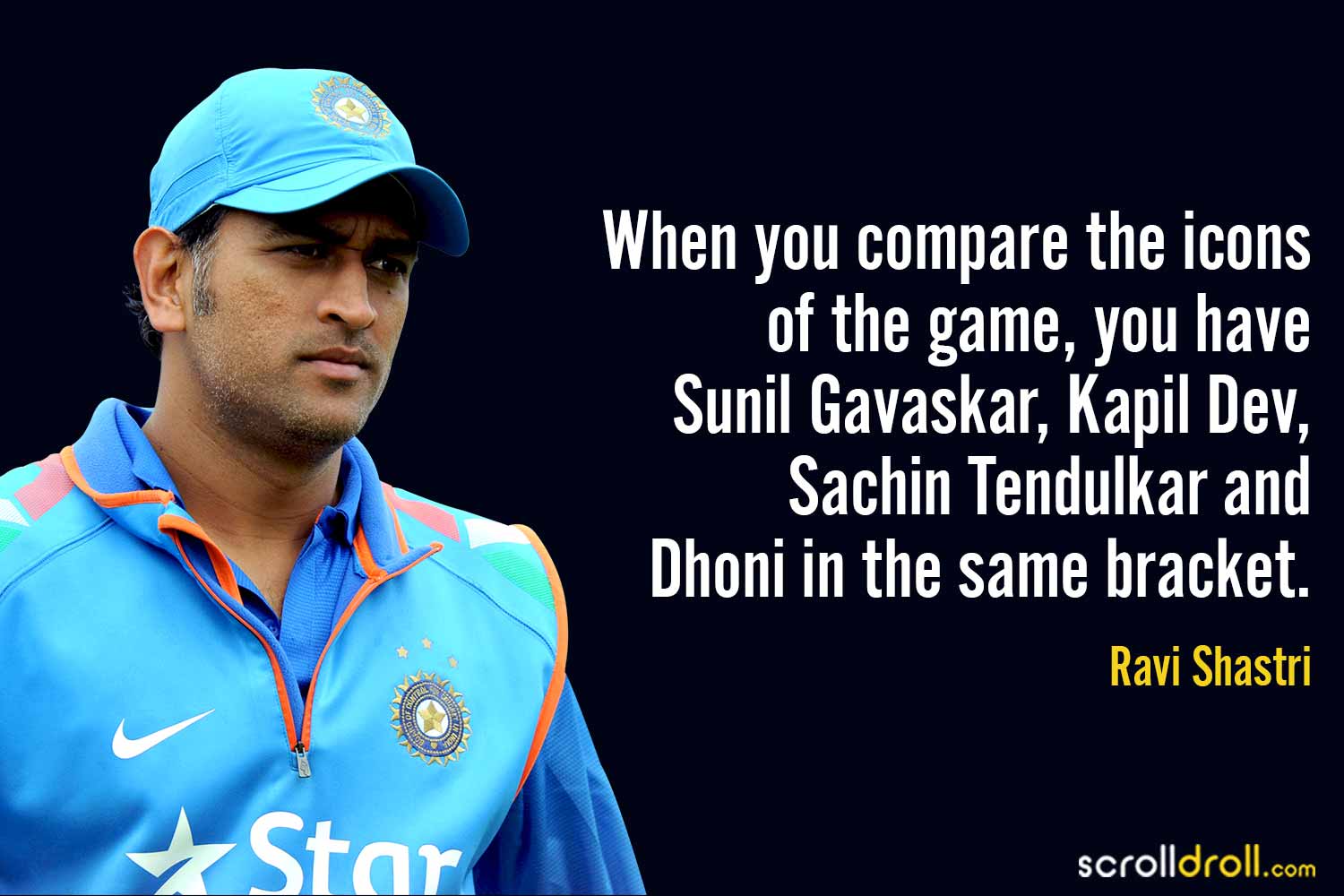 12. ​”Dhoni is one of the finest leaders in the game in the last years and is at par with the likes of Imran Khan, Mark Taylor & Arjuna Ranatunga.” – Ian Chappel 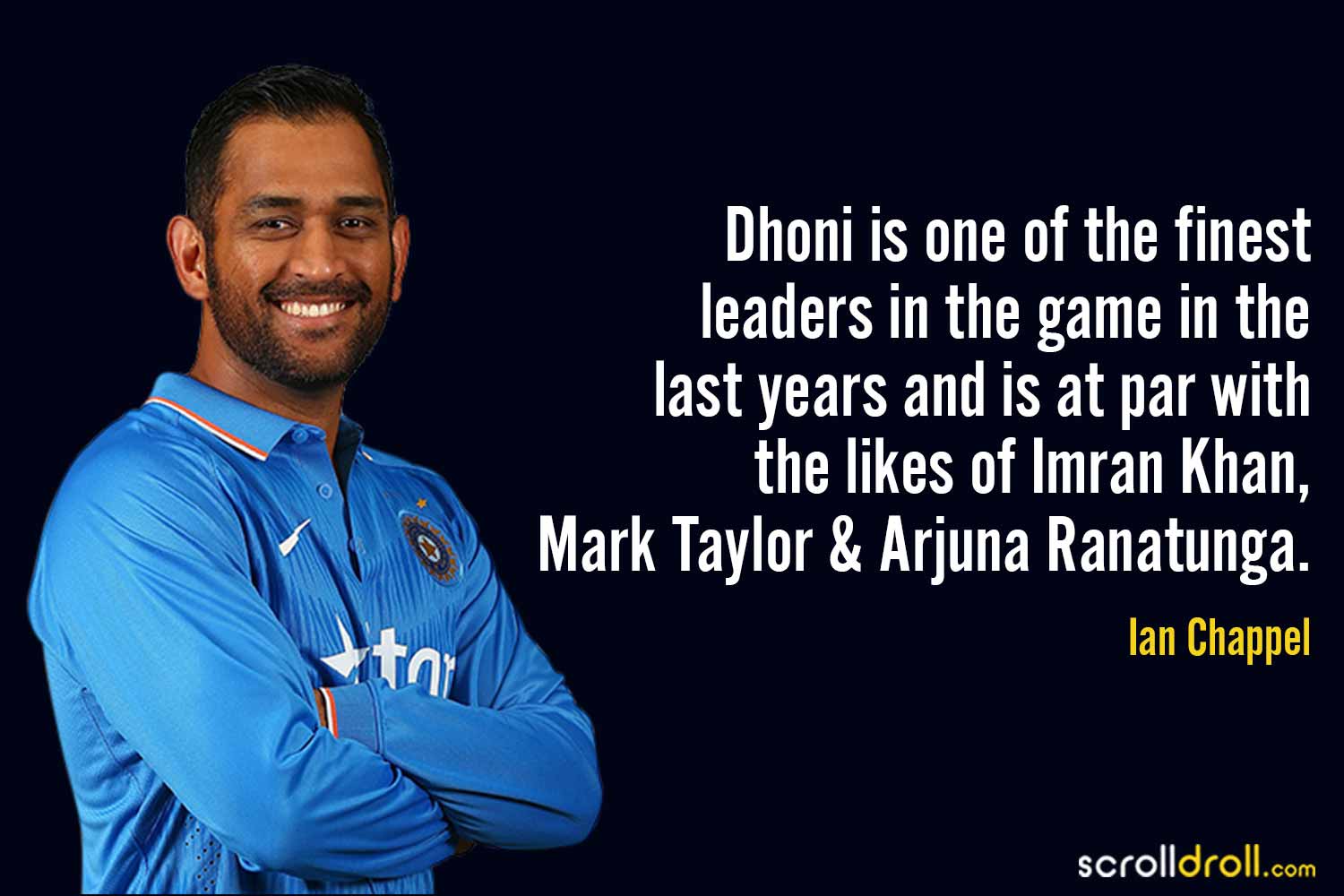 13. “I am really gifted to play under the leadership of MS Dhoni.” – Michael Hussey 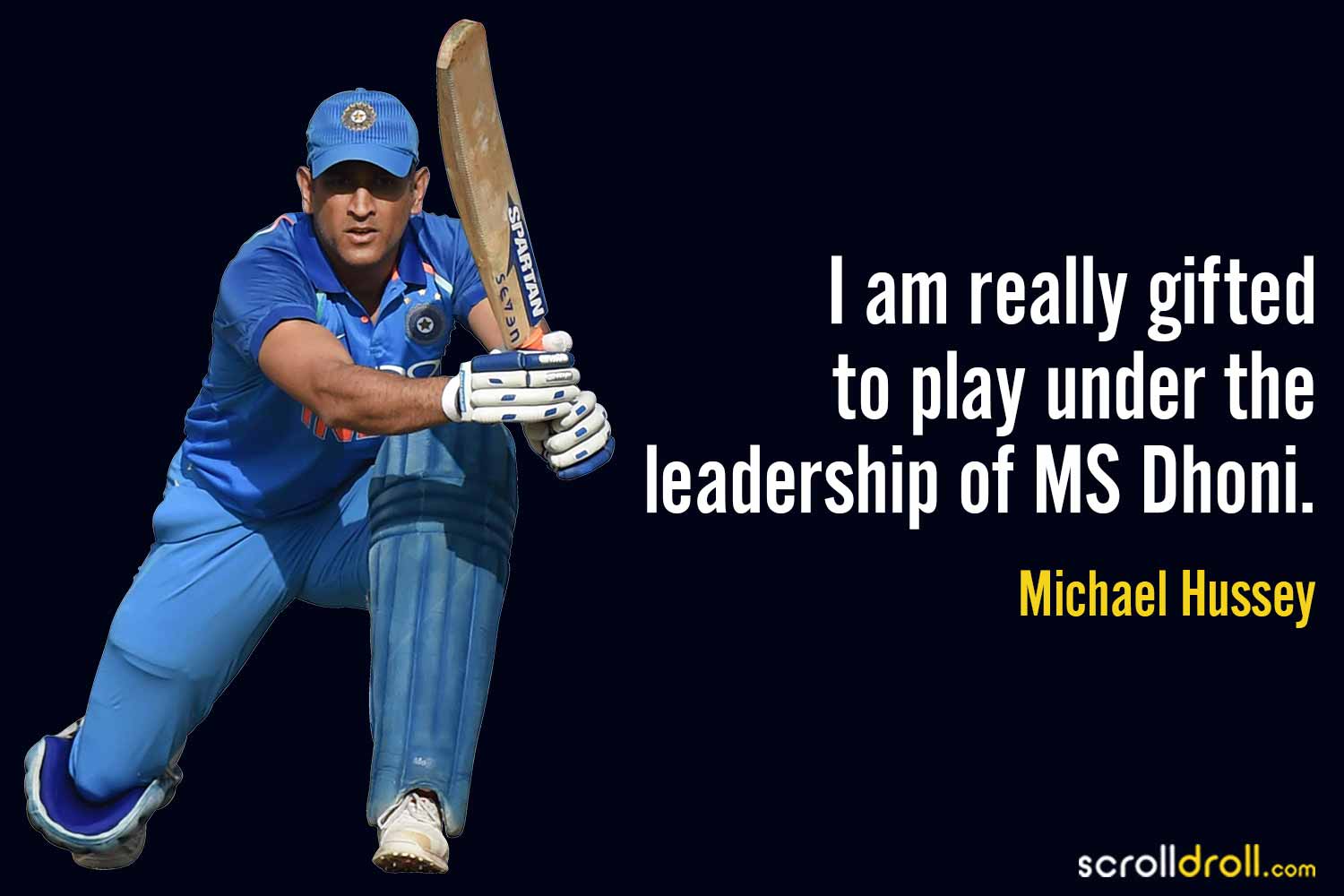 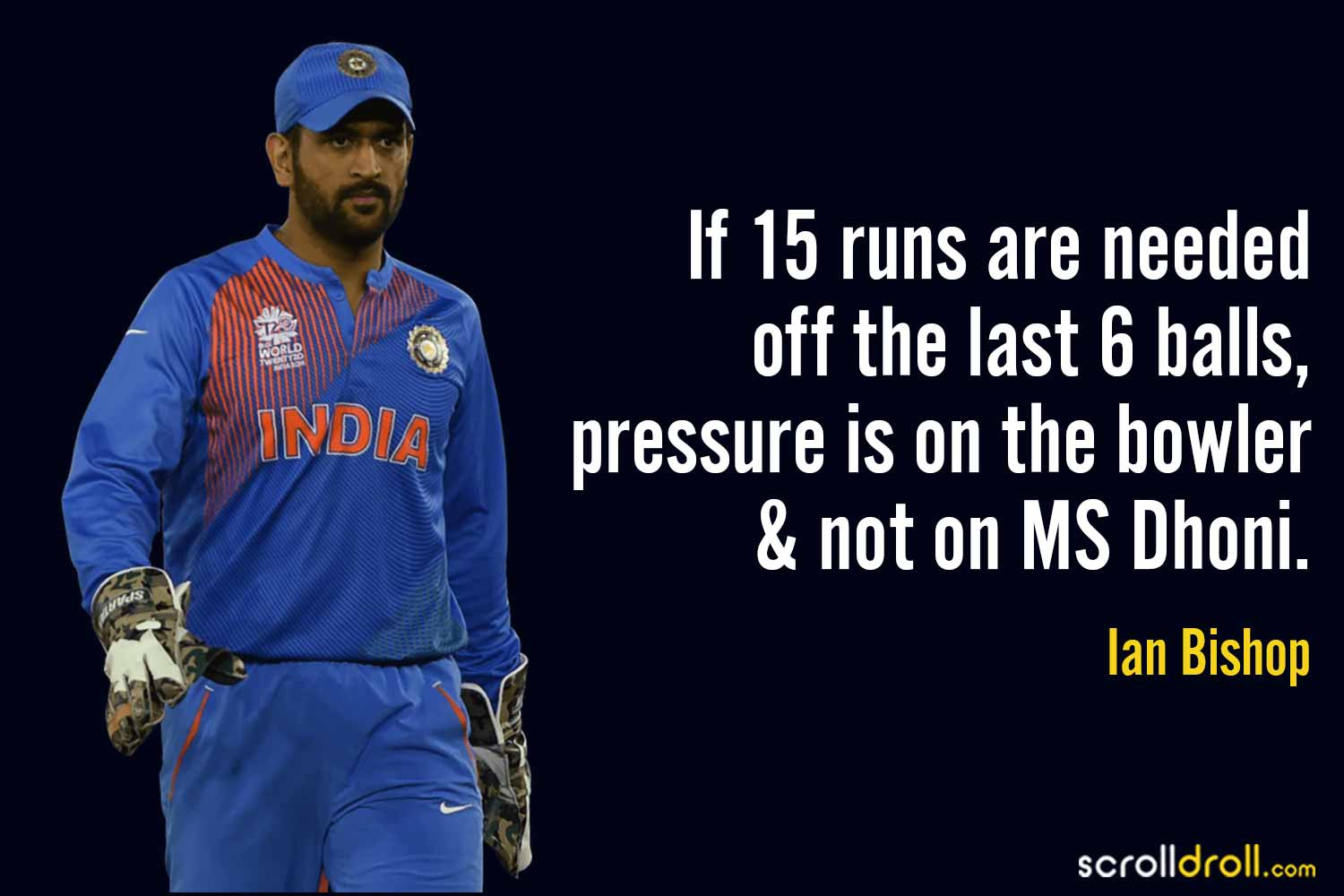 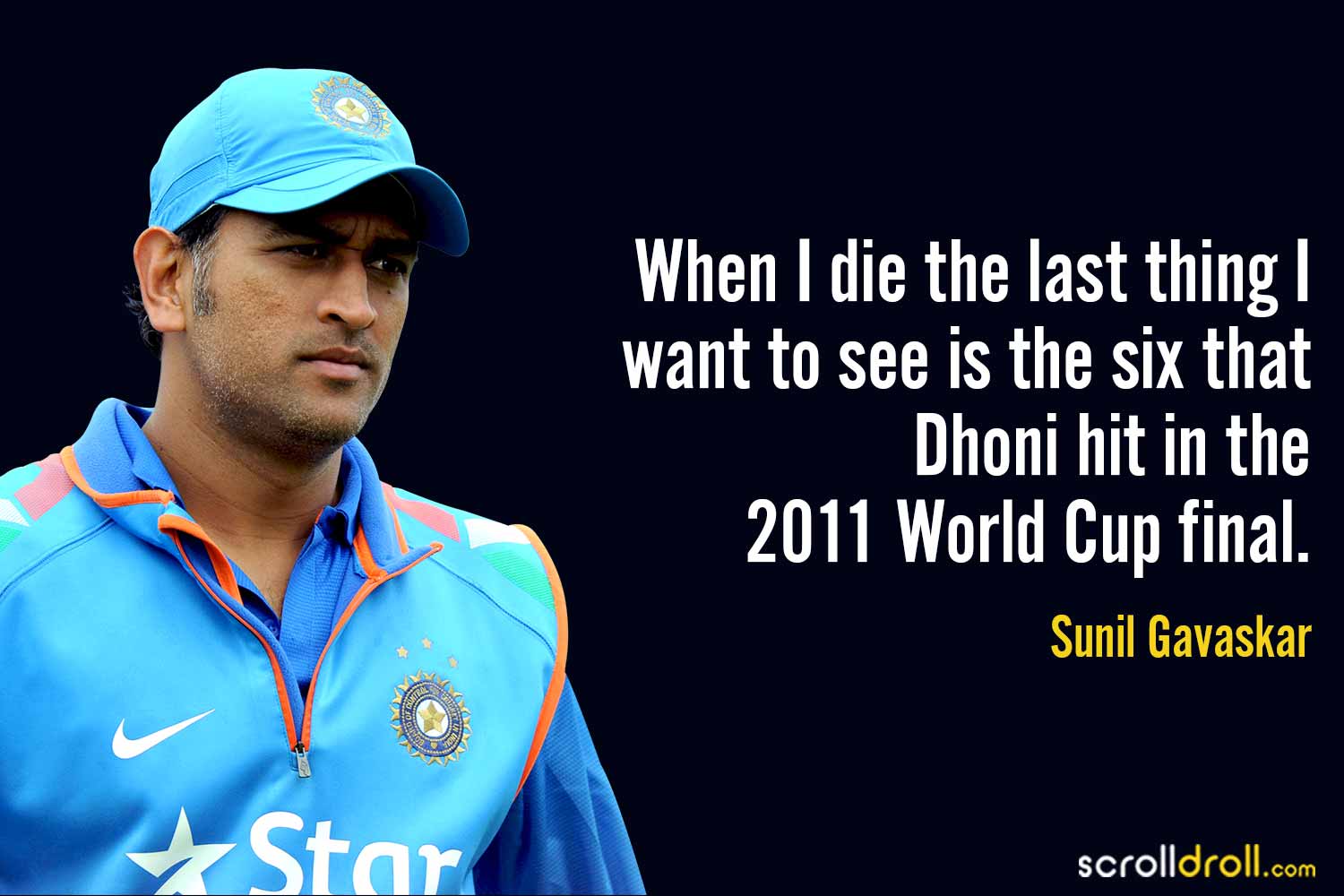 16. “​The coolest man in World Cricket, MS Dhoni delivers when it most matters!” – Michael Vaughan 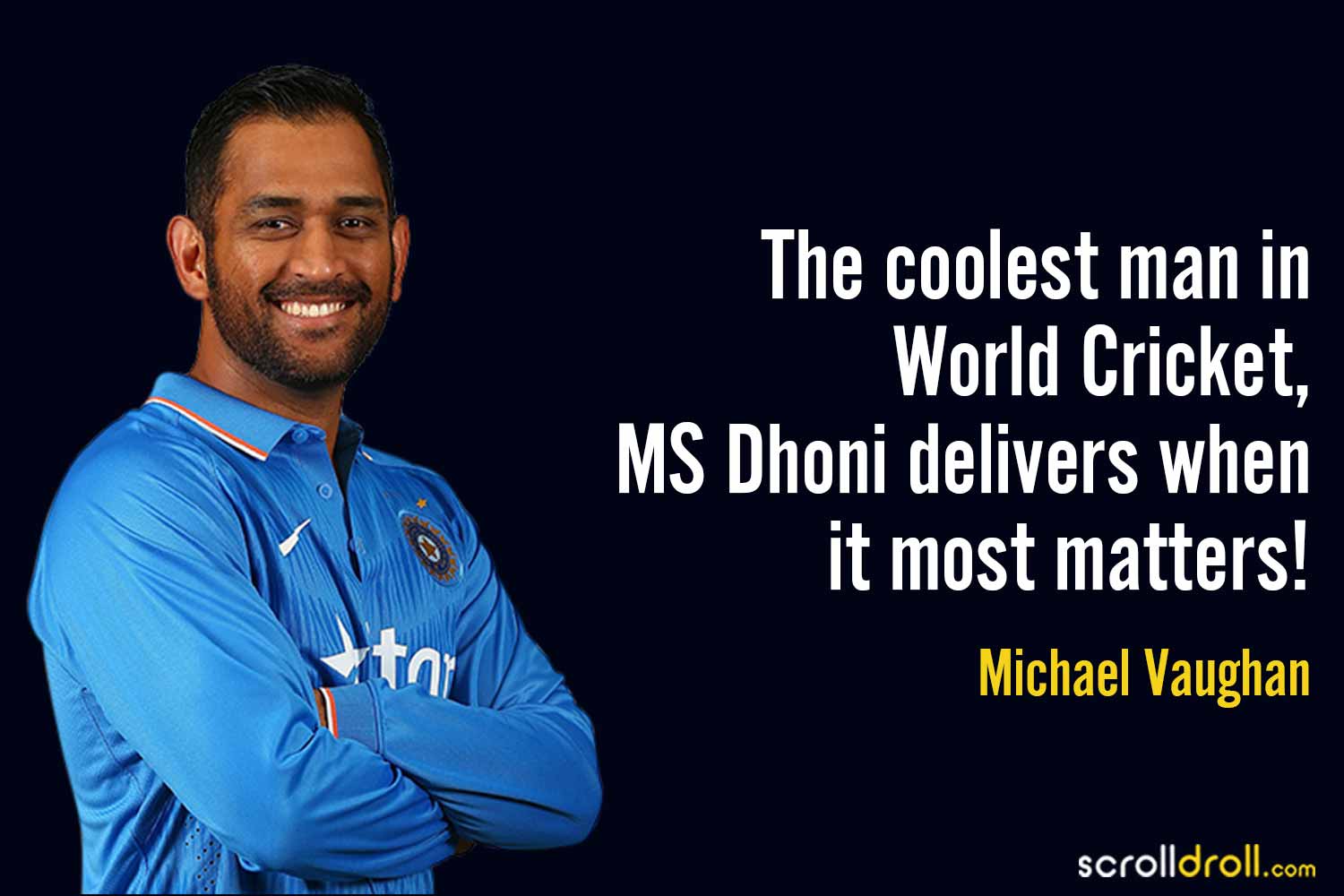 17. “You just can’t bowl spin to MS Dhoni in the death overs. He is simply the best in the world.” –  Alastair Cook 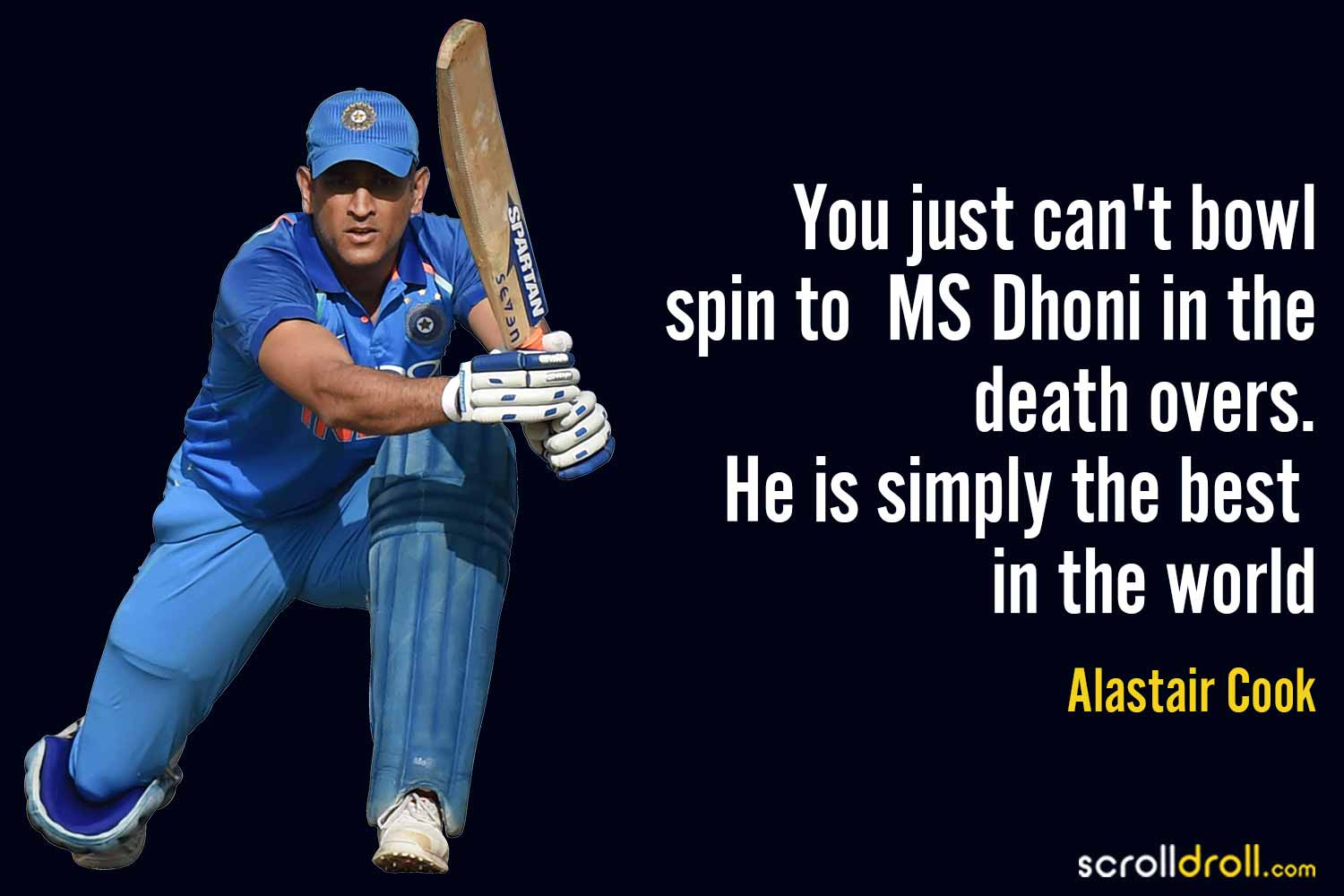 18. “A man who gave hope to every small-town cricketer looking to start their careers. To choose Independence Day for his final goodbye speaks volumes about MS Dhoni.” – Mohammad Kaif 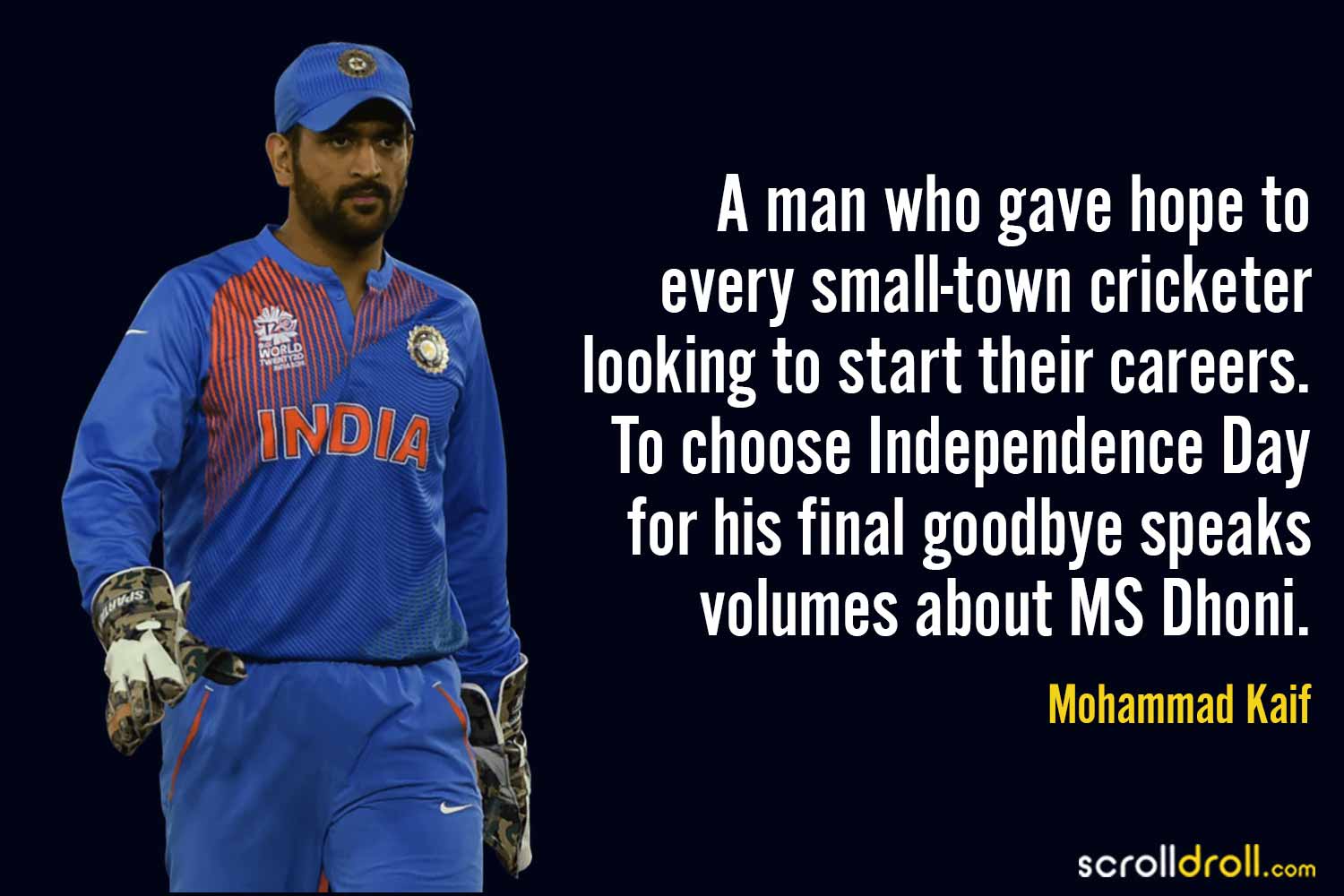 19. “In this game, we have seen great Captains that lead from the front & win on the big stage, seen tough Test batsmen, seen excellent keepers, seen great finishers, but one man doing all of this? Unlikely to see that again. There won’t be another Dhoni.” – Sanjay Manjrekar 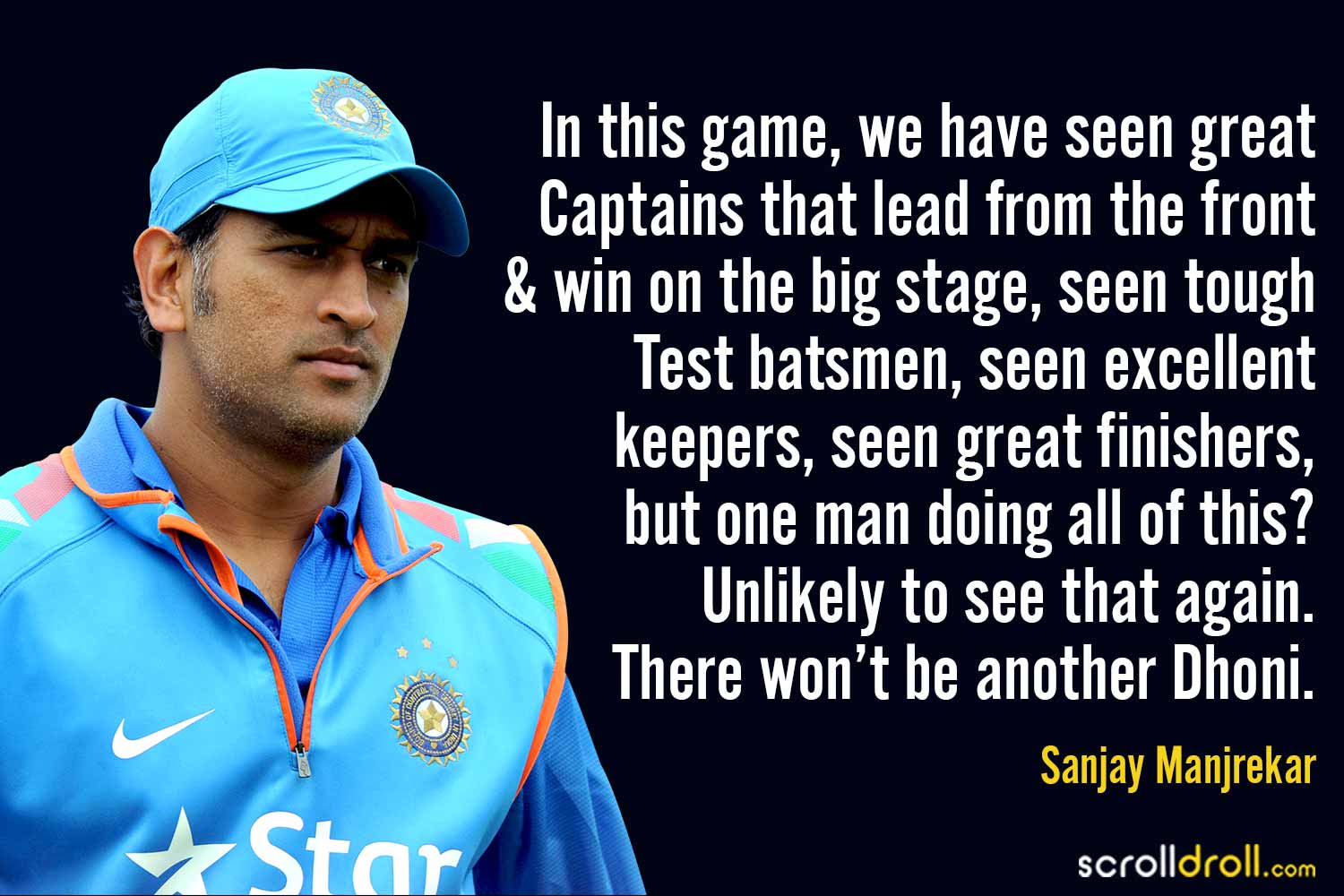 20. “​I thought my career was over in my first game till Mahi bhai came to the rescue.” – Hardik Pandya 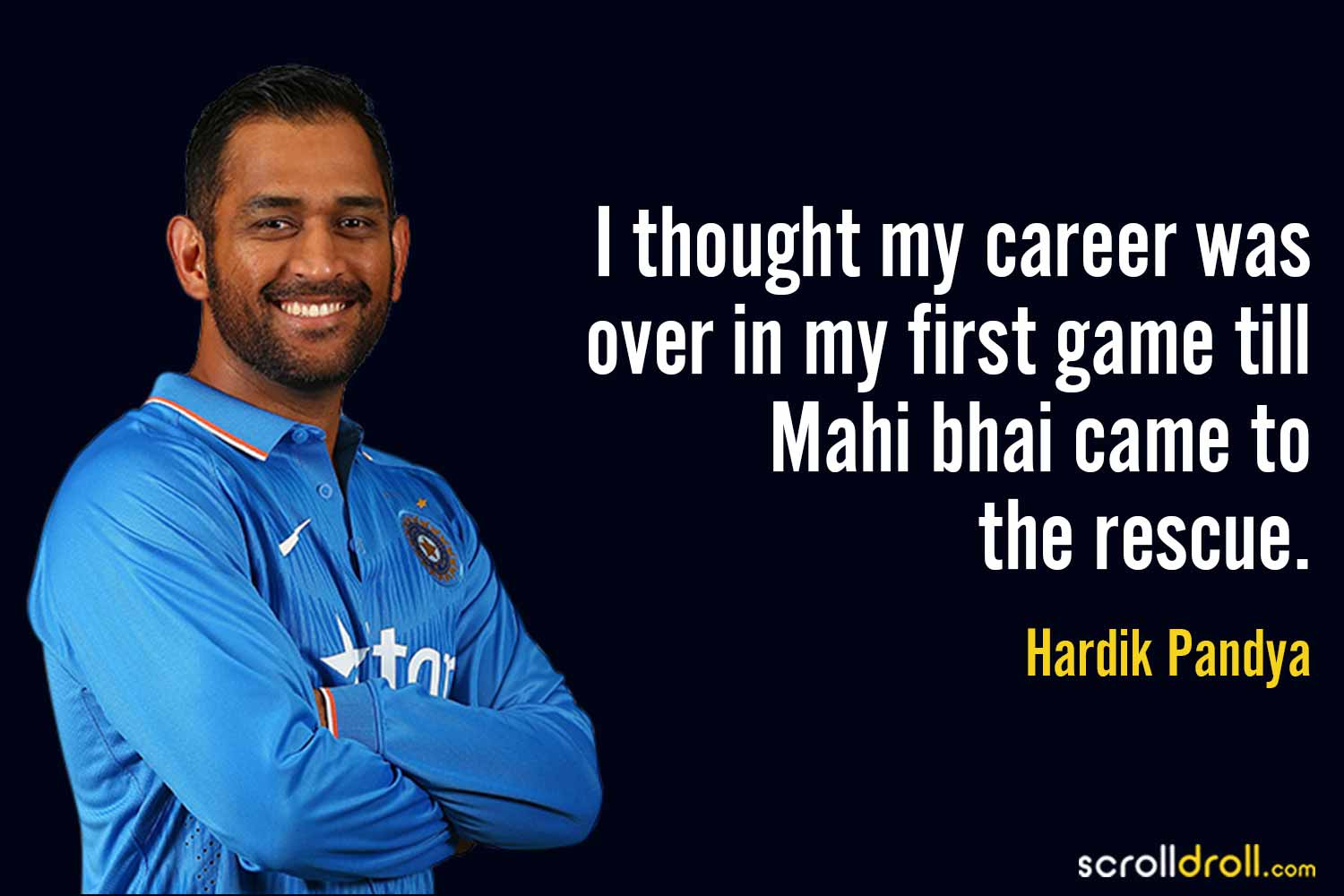 Mahendra Singh Dhoni has been honored with several coveted awards including the ICC ODI Player of the Year award (2008 and 2009), Rajiv Gandhi Khel Ratna Award (2007) and Padma Bhusan (2018) for his contributions to Indian Cricket. But more than that, Mahi has inspired every budding cricketers and millions of people from small towns to follow his footsteps and make it big in life.

Which of these quotes on MS Dhoni is your favorite? Do let us know in the comments below!

The 15 Bigg Boss Winners From All Seasons So Far