Faiz Ahmed Faiz is a renowned Pakistani poet who was in vogue in India not very long ago. His revolutionary poem, Hum Dekhenge, became sort of a clarion call during the anti-CAA protests in India. But Faiz Ahmed Faiz is so much more than just a poet inciting revolution. His words, apart from their nationalistic fervor, have the power to dig deep into the soul. The various poems, essays, and shayaris by Faiz Ahmed Faiz are the perfect prototypes of modern Urdu literature.

Due to his political and cultural ideologies, Faiz led a fairly turbulent life which included military service in the Second World War, a 4-years stay in prison, and even banishment from his country! The range of his themes that his poetry deals with goes from Nisaar Mein Teri Galiyon Ke to Mujhse Pehli Si Mohabbat (These are the links to the best available recitations of the poem; anything less would be unfair to the poet and to the audience too). In 1962, he won the Lenin Peace Prize for his works. He was even nominated for the Nobel Prize just a few weeks before his death in 1984.

Let’s explore some of the best shayaris by Faiz Ahmed Faiz that show us how impactful words can be sometimes.

1. For love is the ultimate experience of life and there is nothing beyond it! 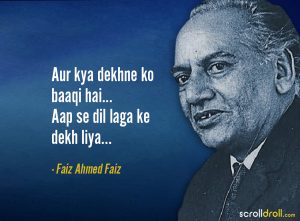 2. No matter how hard we try to hide our emotions, we fail. 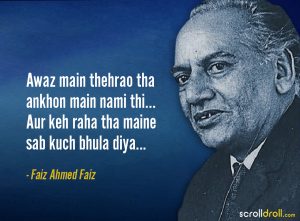 3. The classic lines from his revolutionary poem- Hum Dekhenge. 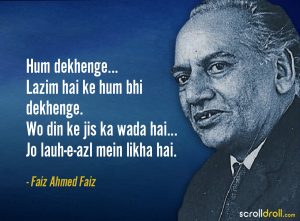 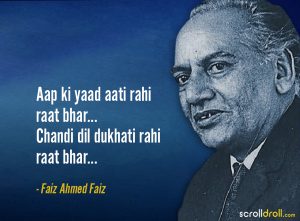 5. One of the best shayaris by Faiz Ahmed Faiz, hands down! 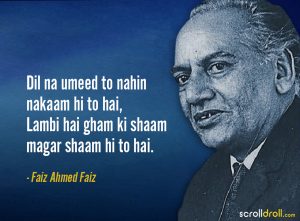 6. Munafa- profit; Khasaray- loss. You get the gist. 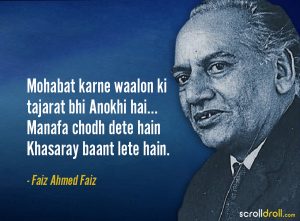 7. Tum Aae Ho Na is a ghazal by Faiz Ahmed Faiz that is full of such brilliant lines. 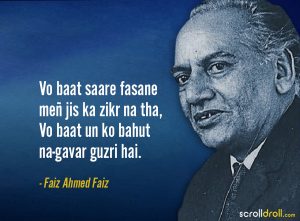 8. The lost voice of my complaints tremble in my silence. 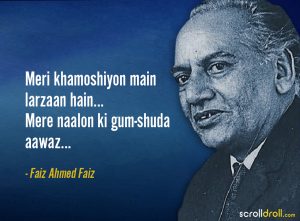 9. Hoping against hope in an utterly hopeless world. 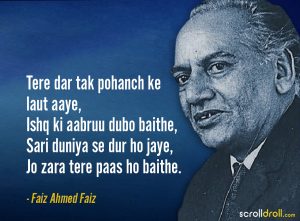 10. Being accused of falling in love with you is no less than an honour. 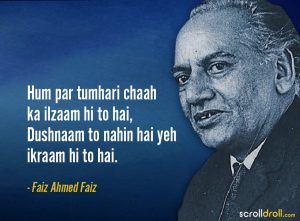 11. Even though she has a nature to neglect, my wish to express my desires will not falter. 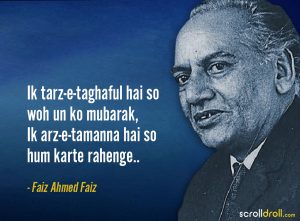 12. Your memories came to my mid that night like spring springs out of nothingness. 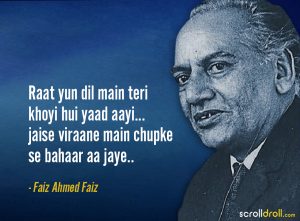 13. Can we ever forget someone we love? Do we even want to forget them? 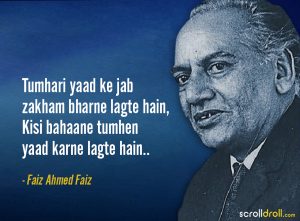 14. An excerpt from the famous ghazal by Faiz Ahmed Faiz. 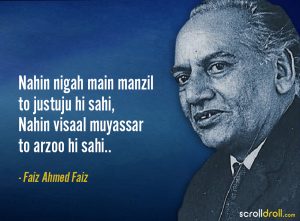 15. Mujhse Pehli Si Mohabbat is one of the best poems written by Faiz Ahmed Faiz. It is so painfully powerful that your heartaches and rejoices simultaneously while reading it. 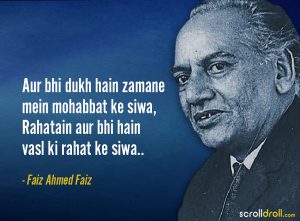