The Real Story Behind KGF: The Life and Adventures of Rowdy Thangam

With the second instalment of KGF just around the corner, many people are still wondering who the movie is based on. The movie’s poster ostensibly says that it is based on a true story, but doesn’t explain which true story it is, which is why fans have taken it upon themselves to figure out the mystery man behind KGF’s story, and have so far circled in on one Rowdy Thangam – a robber who was active during the 90s.

While Prashanth Neel has denied that the movie is based on Thangam, it is noteworthy that Thangam’s mother, Pouli, filed a petition to stay the release of the film because she felt that the first movie did not portray her son in a positive light as promised to her. What’s more interesting is there’s already a film called Kolara which is based on Thangam’s life, and the makers of the movie had also asked Neel to not make anything related to Thangam, since they owned the rights to his story. While there’s a lot to sort through here, it is without doubt that the story of KGF shares some striking similarities to Thangam’s life.

With this article, we’ll be looking at the various aspects of Thangam’s life, and what seems to be the real story behind KGF.

1. Thangam’s gang was named after his mother. It was called the Pouli gang. 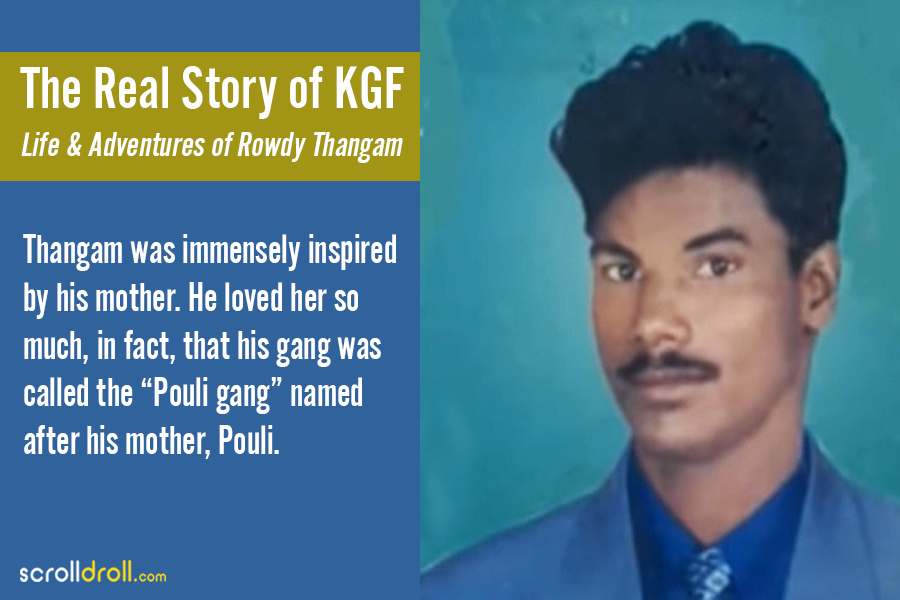 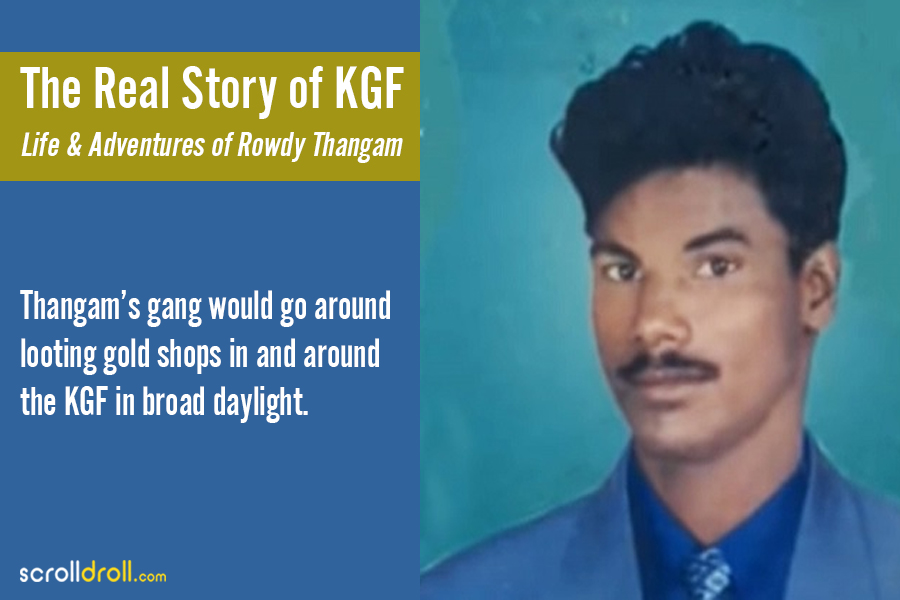 3. His terror was only second to that of Veerappan. 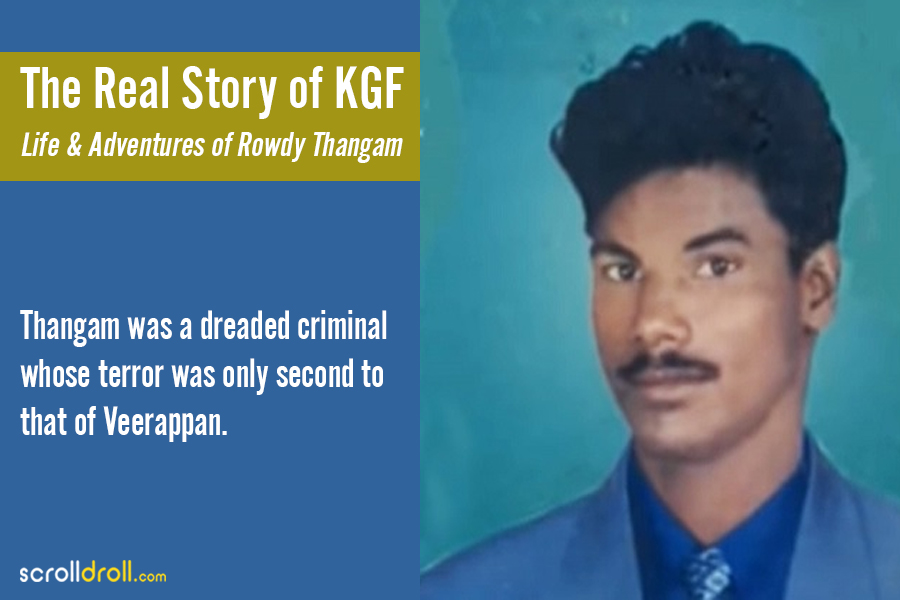 4. Thangam empathized with the miners who worked in KGF. 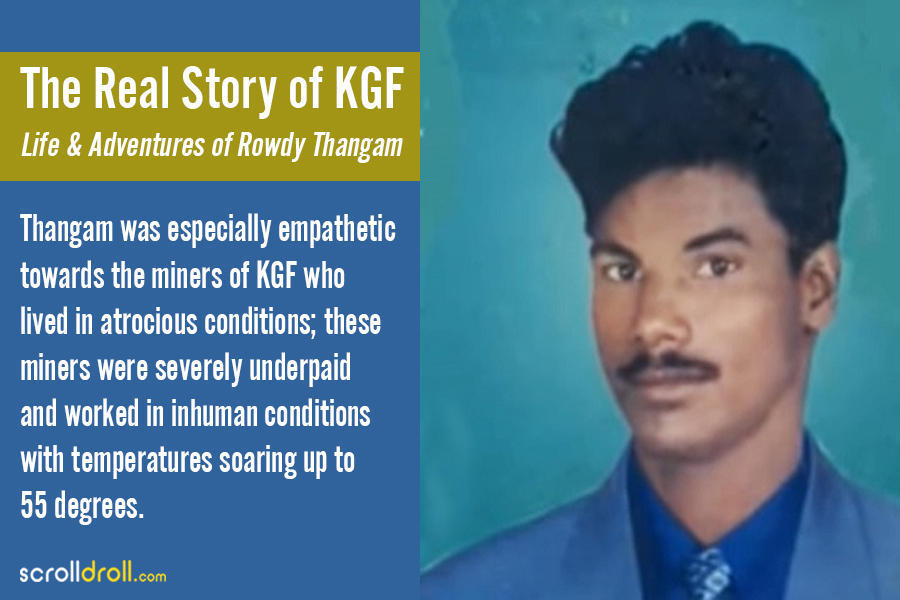 5. Thangam shared his loot with the local miners. 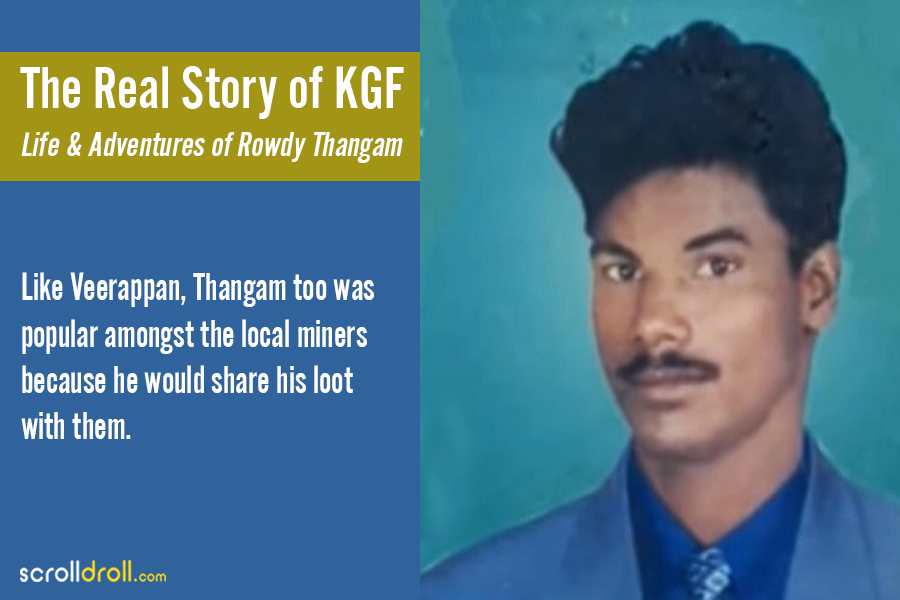 6. Thangam was ordered to be shot at sight. 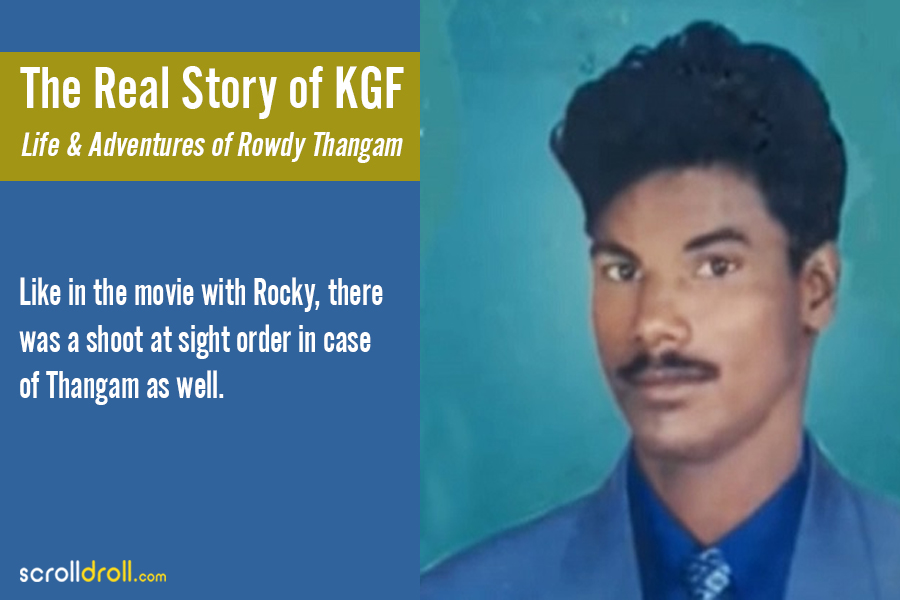 7. He had 42 offences against his name before death, as reported by India Today. 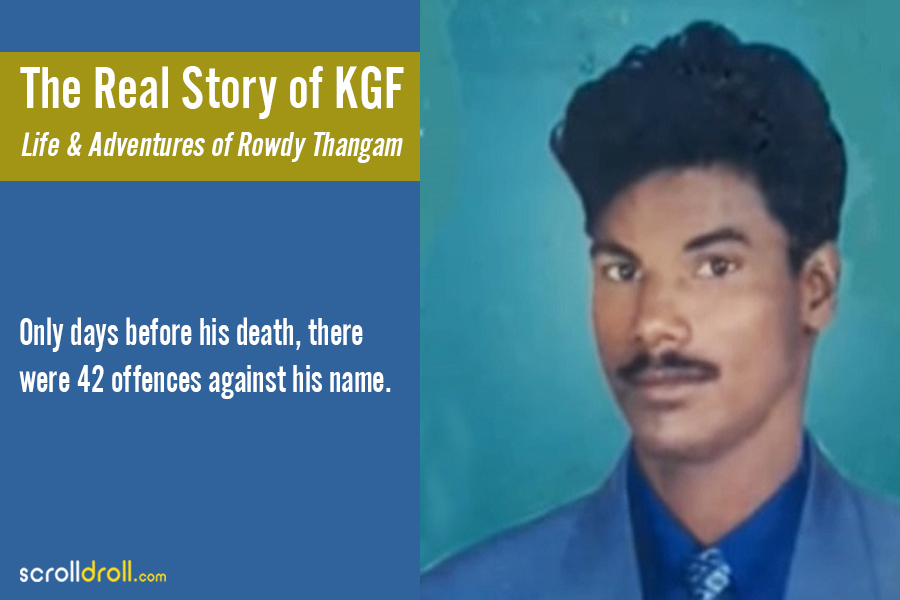 8. Days before his death, Thangam had carried out a robbery of jewelry worth Rs 1.5 lakh. 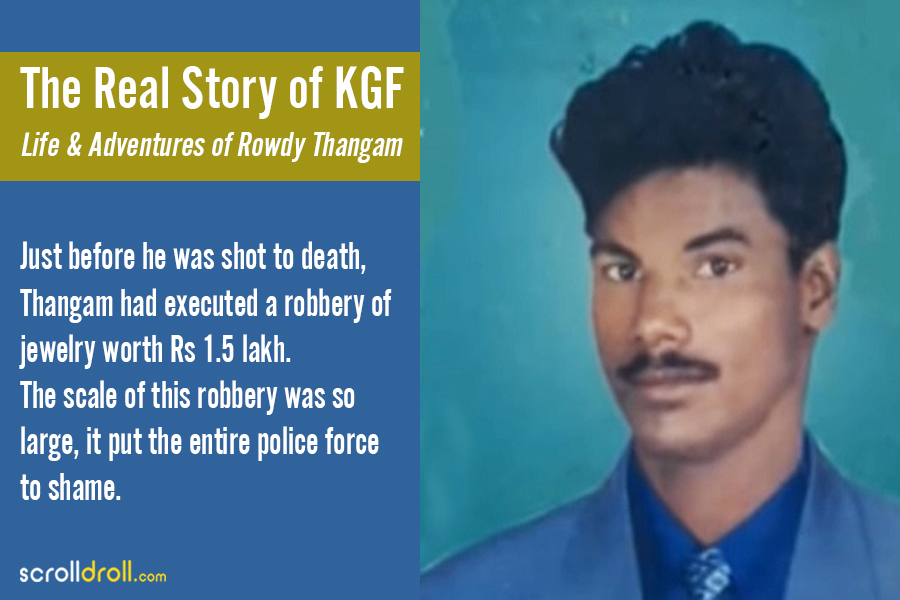 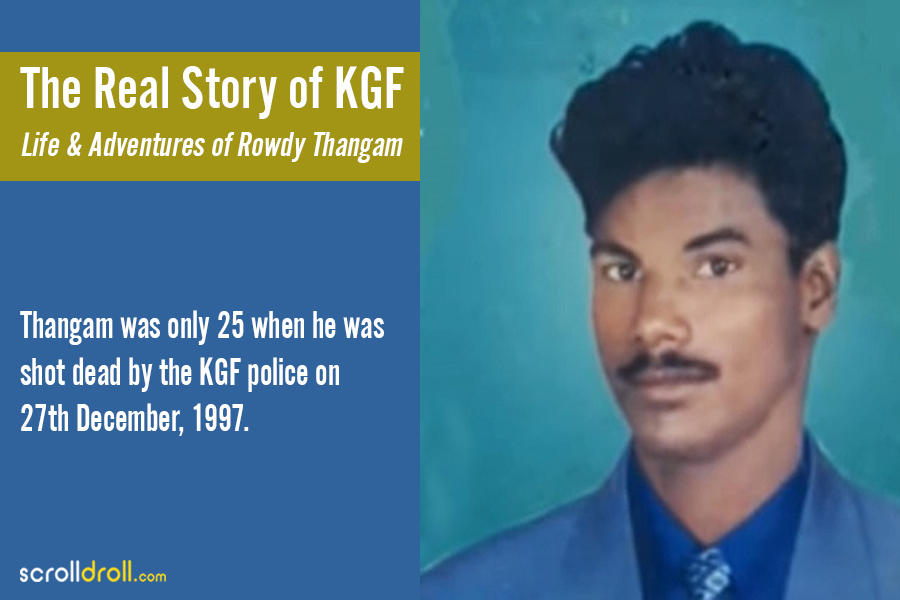 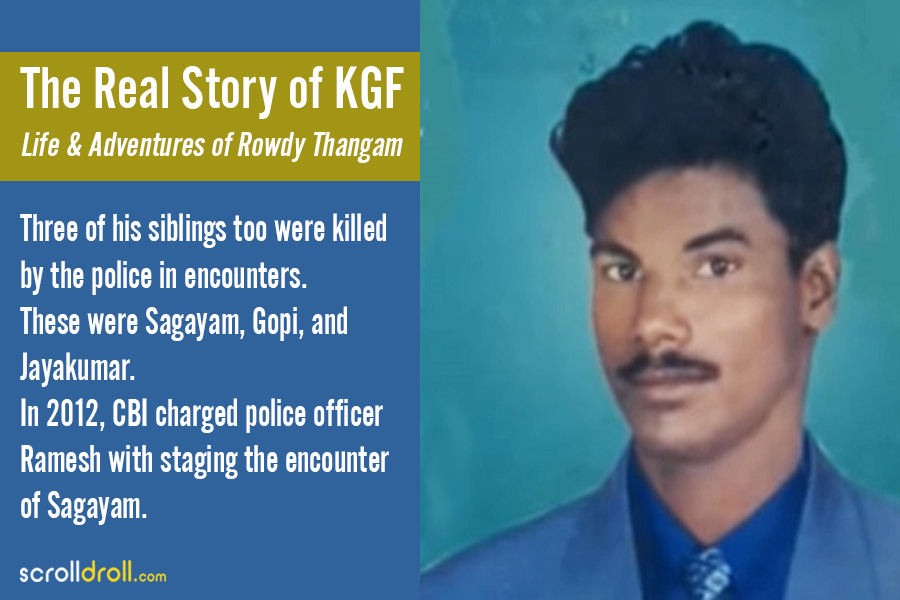 11. While KGF does seem to be inspired by Thangam’s story, there are two major differences. 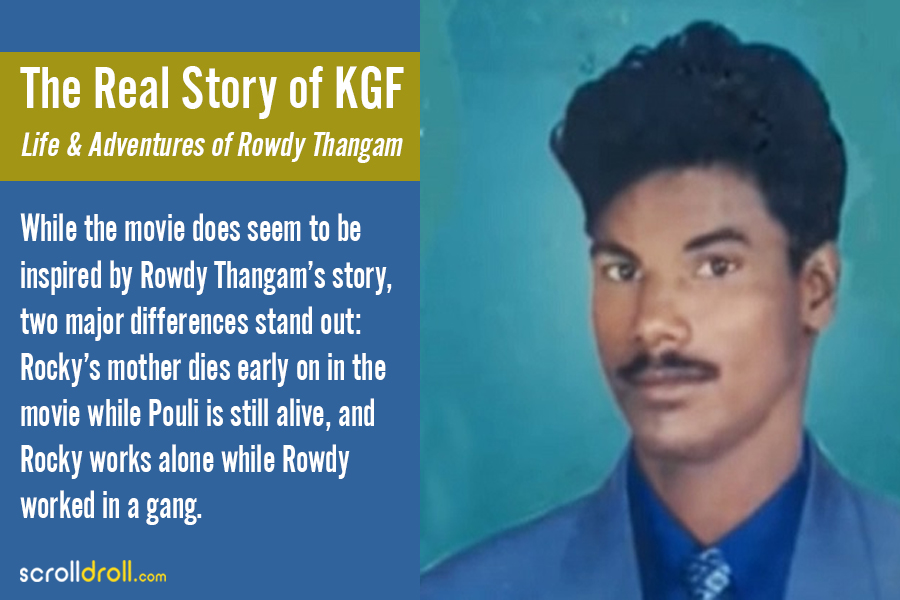 We hope you liked knowing about the real story behind KGF. Did you know about these facts about Thangam? Tell us in the comments below!