We all have, at least once in our lifetime, ridiculed Bollywood for not being ‘original’ and copying plots from Hollywood. Well, we have here a list of films you wouldn’t believe were copied by Hollywood from our beloved Bollywood.

An autistic protagonist confronts existing social conventions and traditions for a good cause, quite similar to the “classic” Forrest Gump! coincidence much? 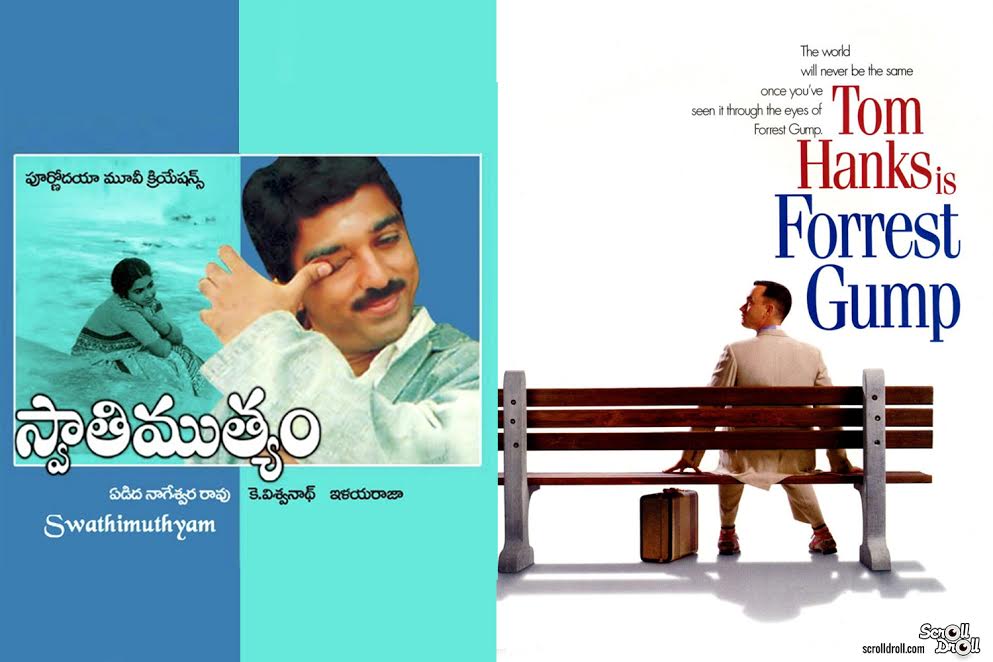 The two films with sperm donors as protagonists were just the same, except for the fact that Vince Vaughn’s sperm led to the birth of 533 babies as compared to Ayyushman’s 53. 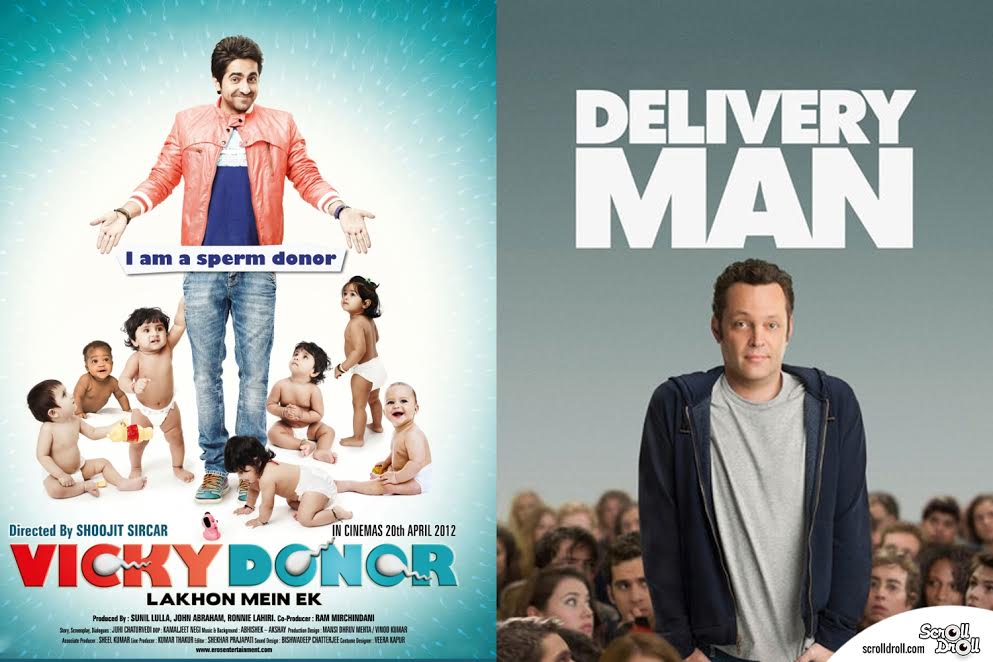 Narsingh, is a TAXI DRIVER who attempts to reinvent his life but gets stuck in human trafficking and smuggling business, now we’re not saying that De Niro’s taxi driver is copied but you know…. 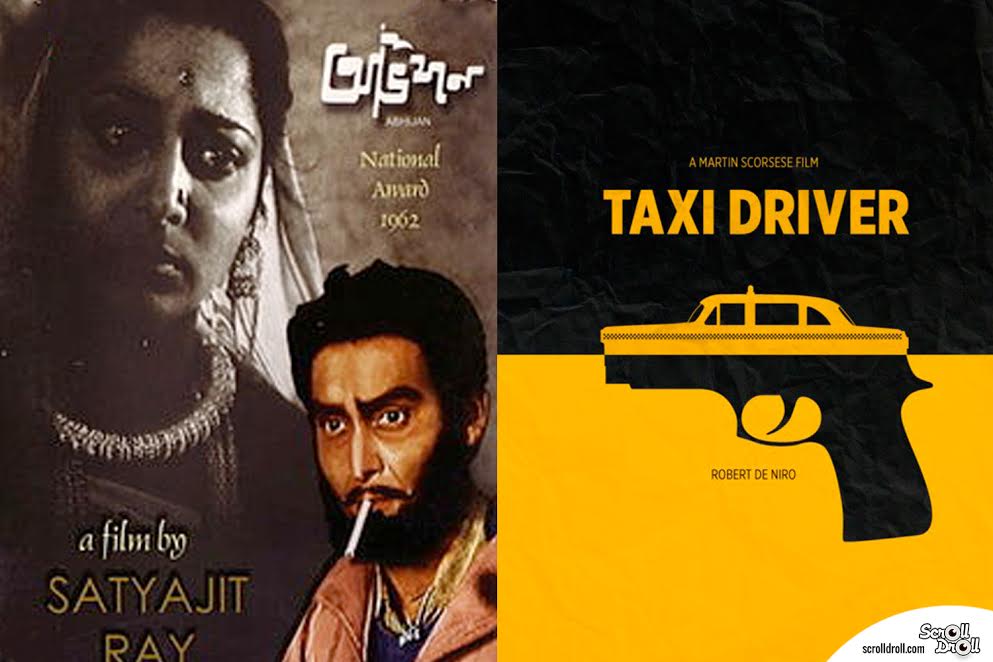 4. One Flew Over the Cuckoos’ Nest – Dweep Jwele Jai

Are you seriously kidding me? 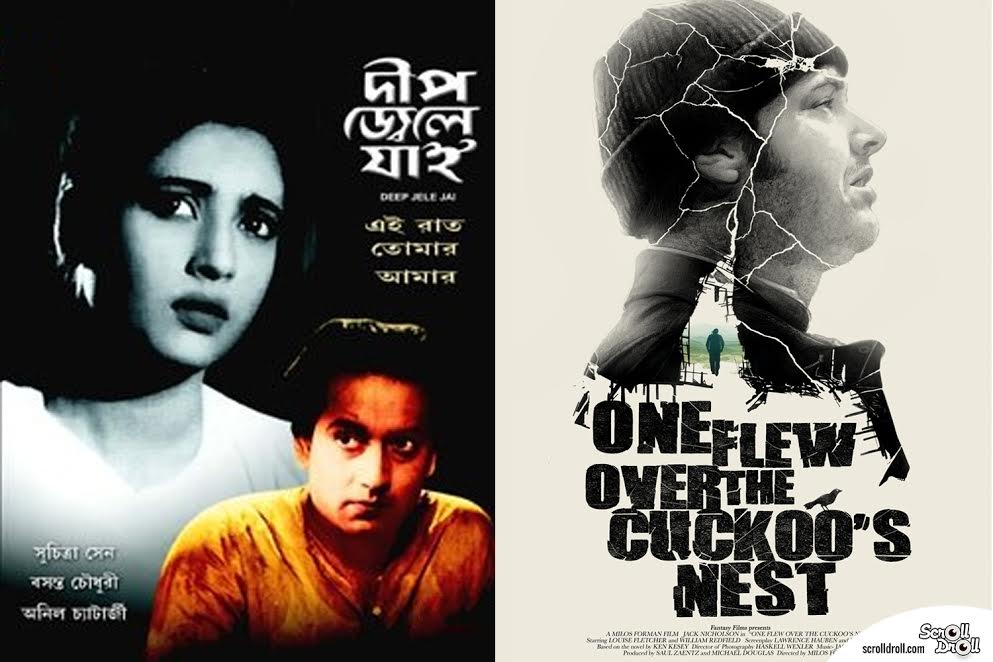 okkadunnadu is a story of a gangster who lives on a heart pacemaker, to find a man to lend him his heart.

Get the gringo (also) has a crime lord who’s liver is failing and finds a viable match. 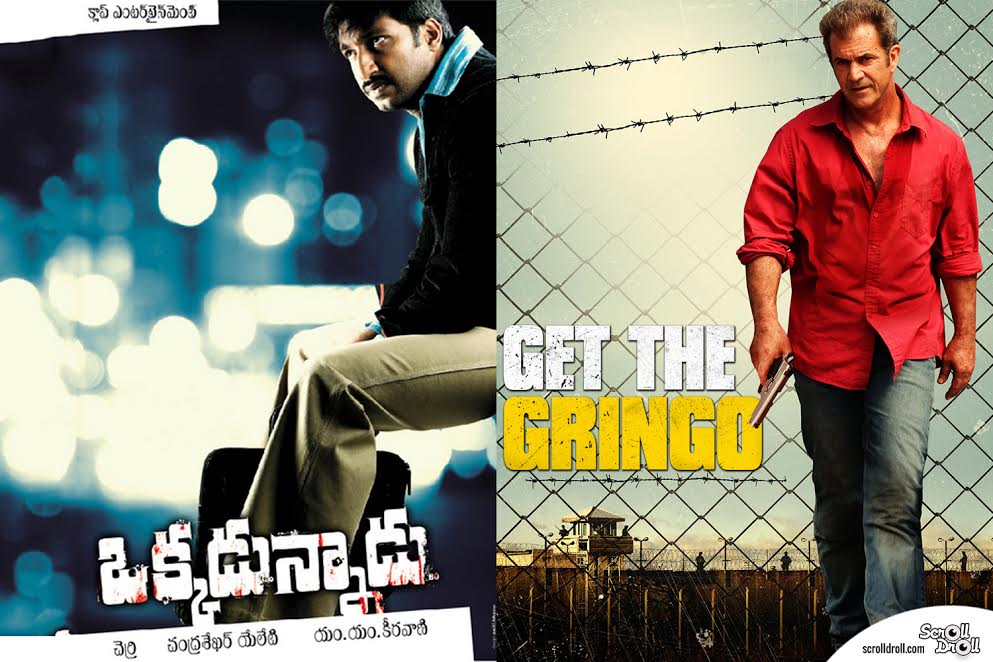 6. The Reincarnation of Peter Proud -Madhumati

The reincarnation of peter proud, about previous birth- duh check! 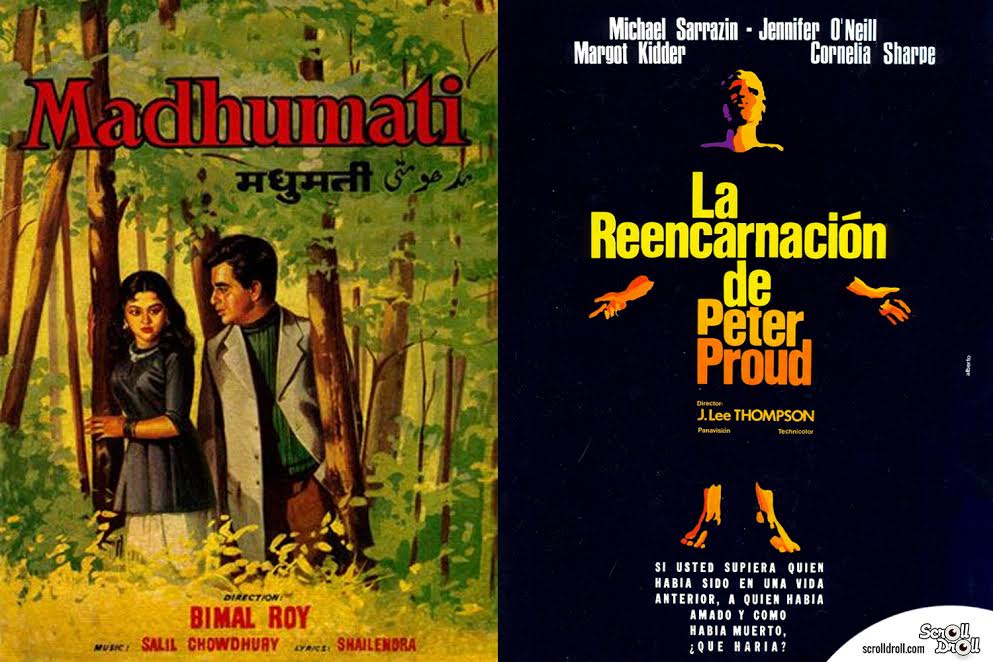 Pearl Harbour, a love triangle between two friends and a girl, has many similarities with Sangam. However, the Hindi film had only Raj Kapoor as the pilot, whereas Pearl Harbour had both friends as pilots. 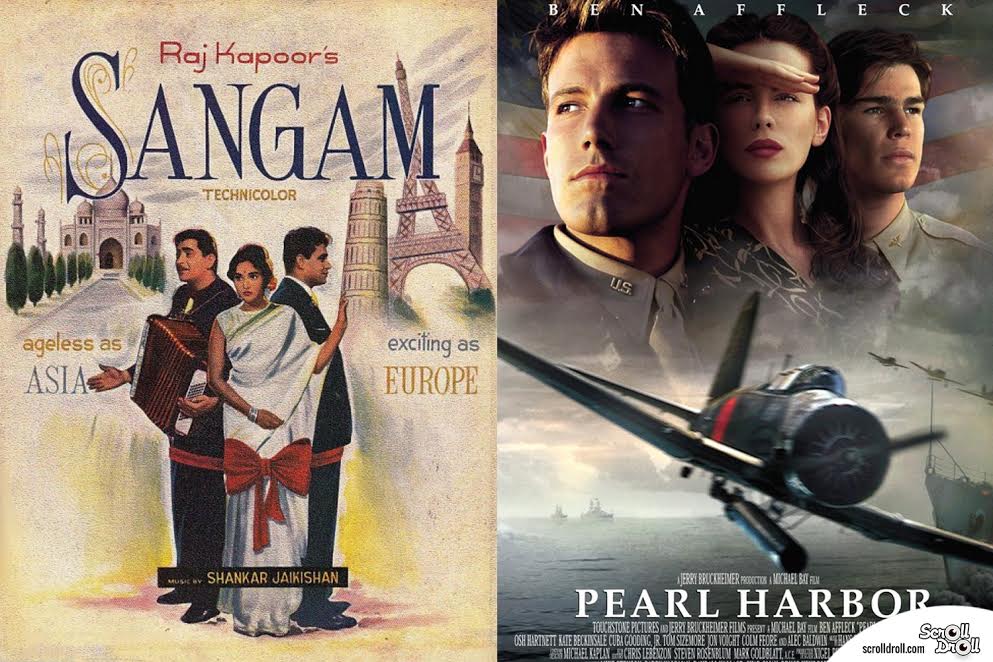 Both the movies talk about rehabilitation of some hardened souls, the former came in 1957 and the latter in 1967. 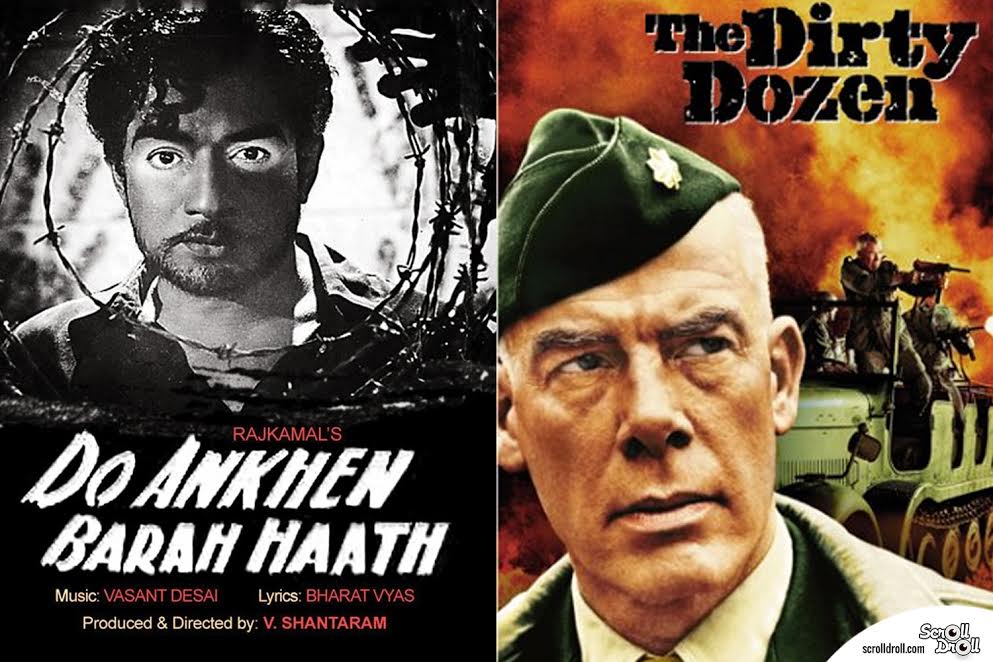 The movie not only translated the name directly but also showed the love triangle, the stalking scene and the name carving on the chest. 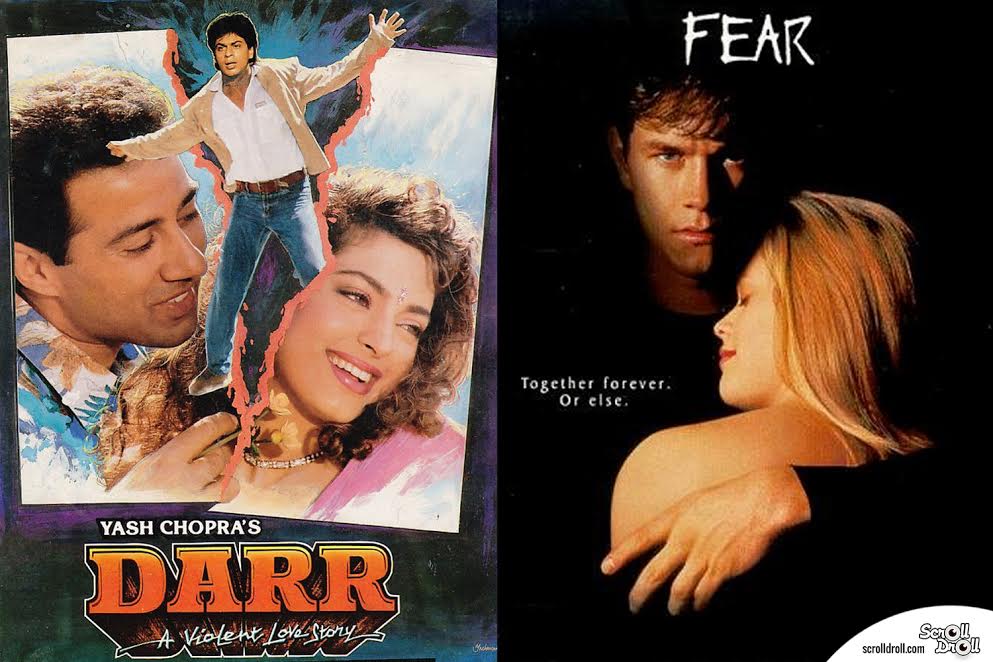 The best friend in Win A Date With Ted Hamilton isn’t a tapori, but the basic plot is the same where a girl is caught in a love triangle between her best friends and a movie star. 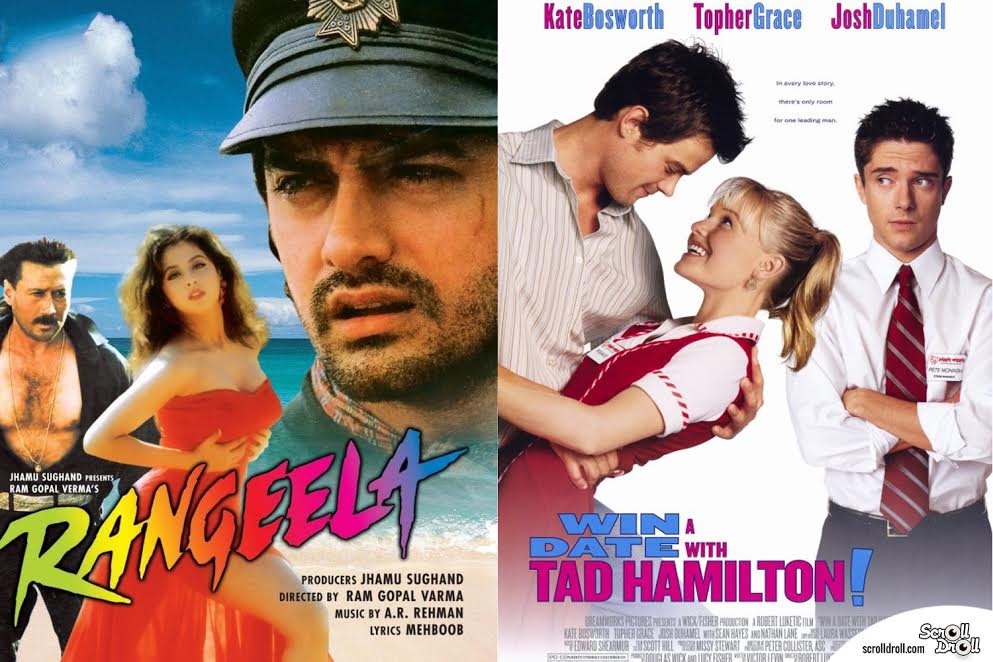 The makers of Leap Year claimed it was an original idea and not copied from Jab We Met. But the story for the english films goes on to show that a bubbly talkative girl on her way to propose her boyfriend meets a stranger and shares a hotel room with him. They fall in love, get separated and eventually re-unite and get married. 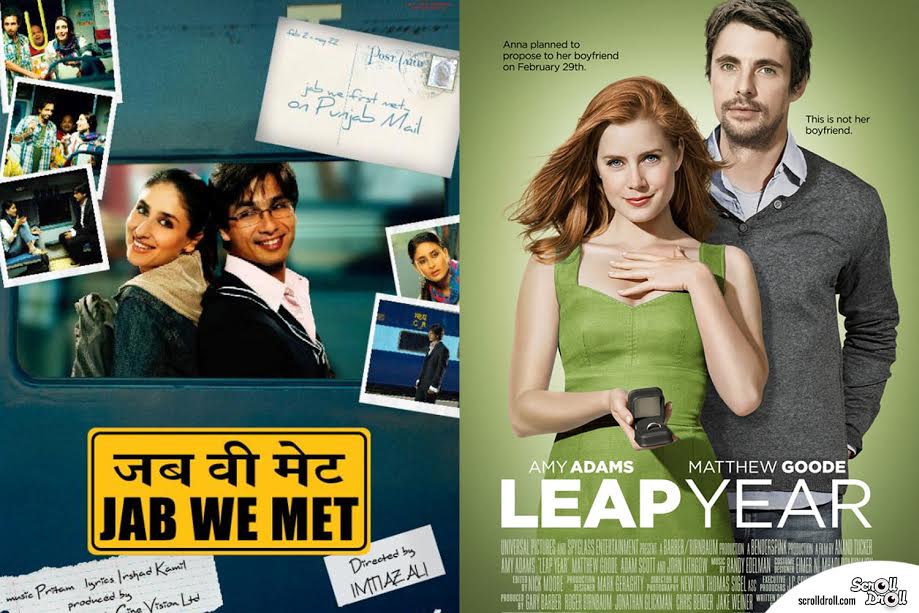 Jennifer Aniston in Just Go With It plays the role Sushmita Sen played in Maine Pyaar Kyun Kiya. Both the movies were inspired by Cactus Flower (1969). 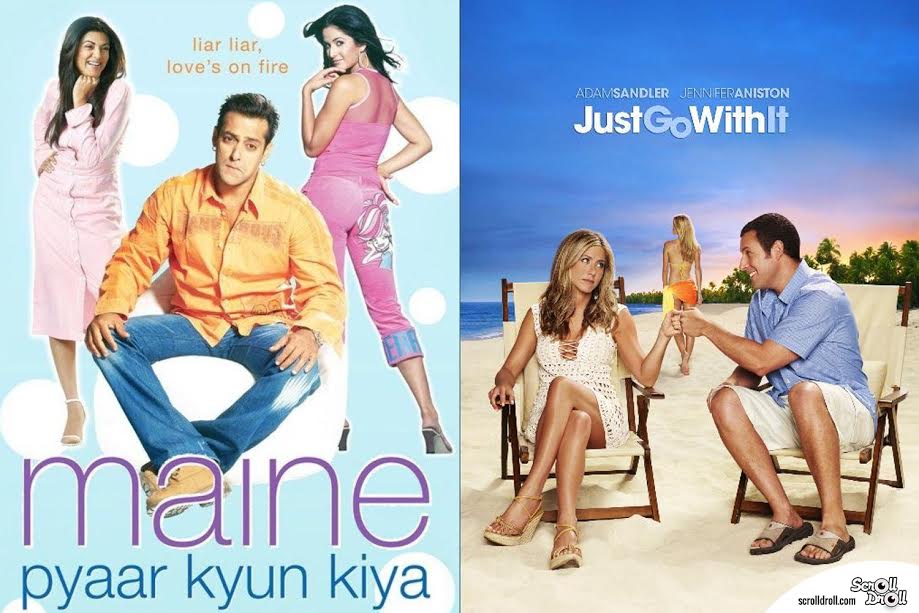 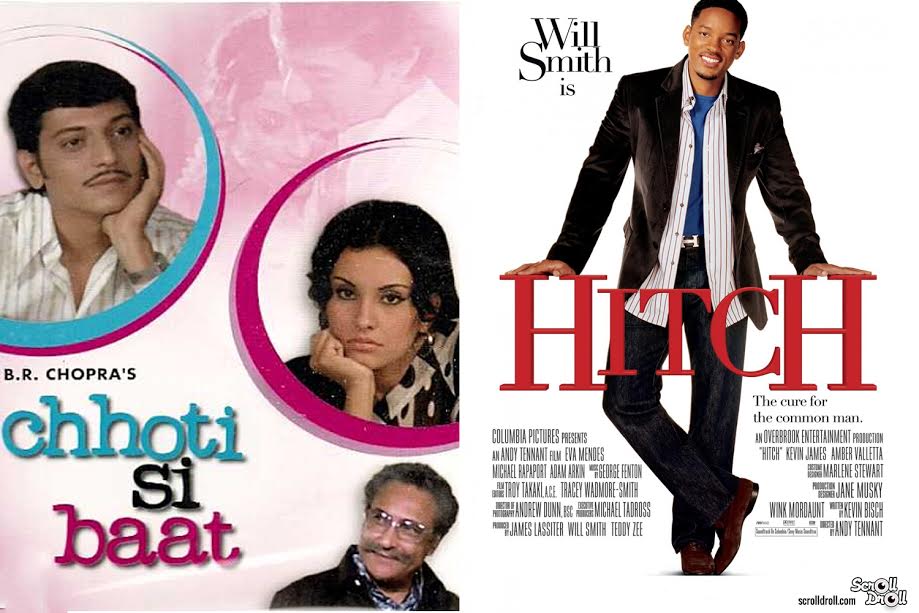 Chandran Rutnam’s A Common Man had Academy Award winner Ben Kingsley in place of Naseeruddin Shah in the movie A Wednesday. A Common Man is the official remake of Neeraj Pandey’s A Wednesday. 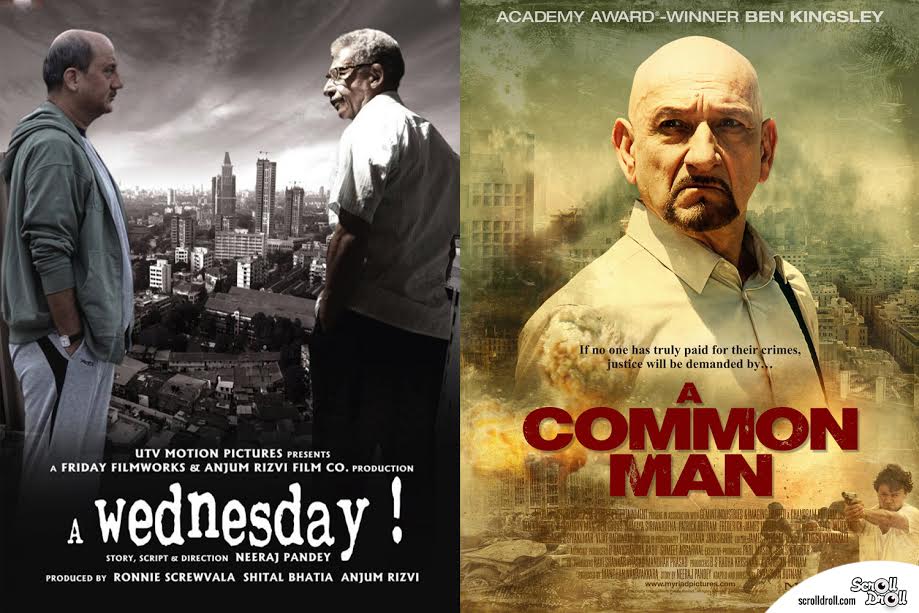 All about friendship and love and a lot of people involved. 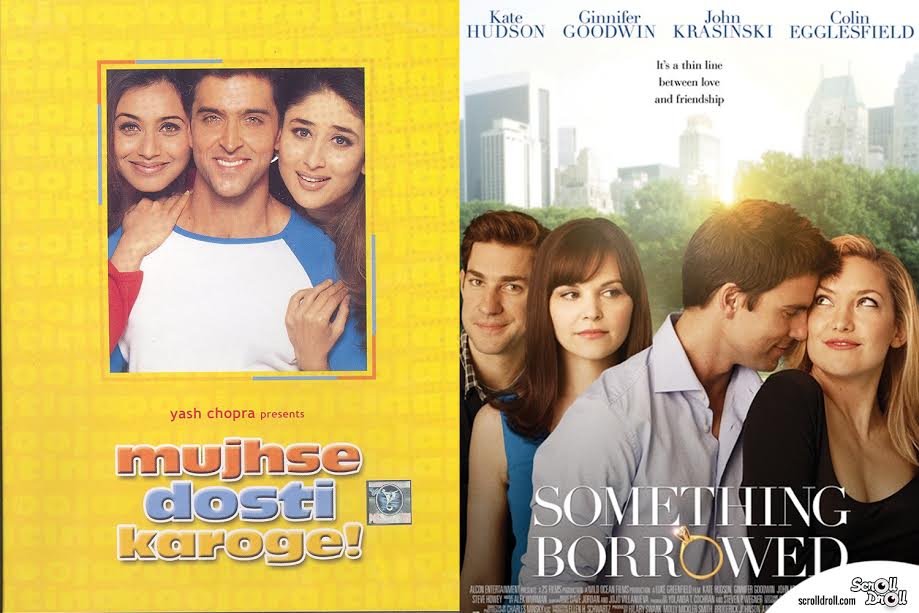