Leaving the hot and dusty roads of Delhi, at 5 am, on the early morning, I along with 10 family friends were bound to escape into the cool and comfortable arms of the lovely hills, for short vacation of 3 days. The morning cool and less traffic did not give any consolation and we could not wait to reach the initial stopover at Kasauli for a couple of nights. The AC temperature inside the car sometimes misled us by thinking, it was getting cooler when some clouds hovered in the sky. But, alas, we got the shock of our lives when we pulled down the window to check and were blown back by a monstrous gust of hot and dusty air. 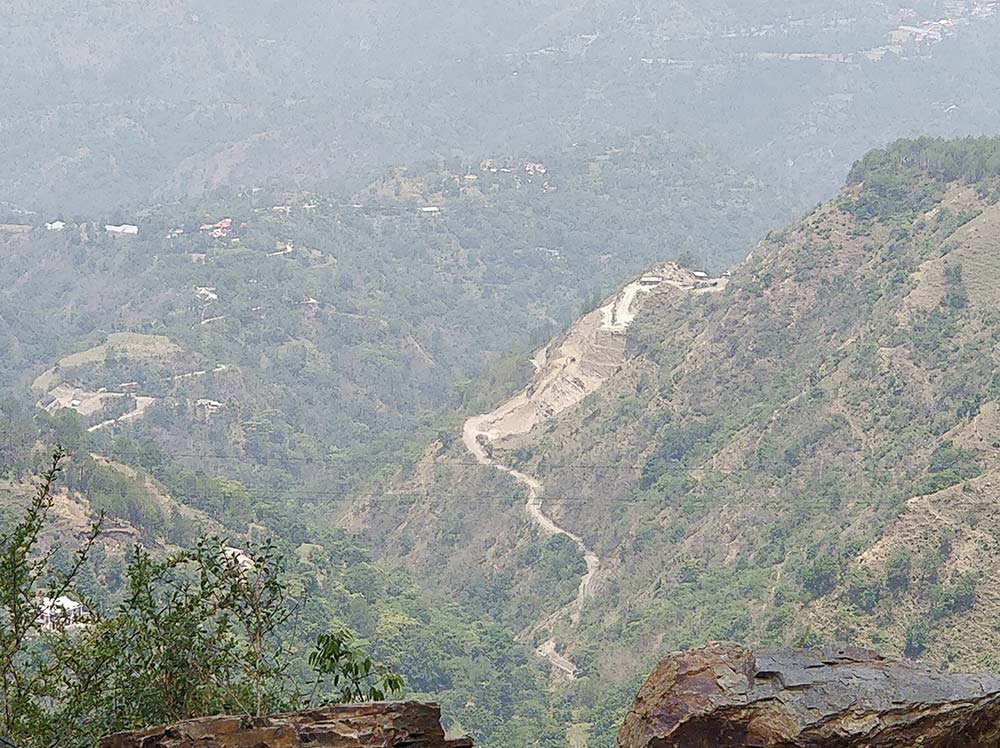 Making the wheels turn faster and faster, we reached Kasauli by 3 pm and checked into a lovely bungalow that we had reserved for ourselves. The property called Terrace Retreat, had beautiful, large and very comfortable rooms, with fully equipped kitchenettes. The bathrooms were huge and absolutely spic and span. 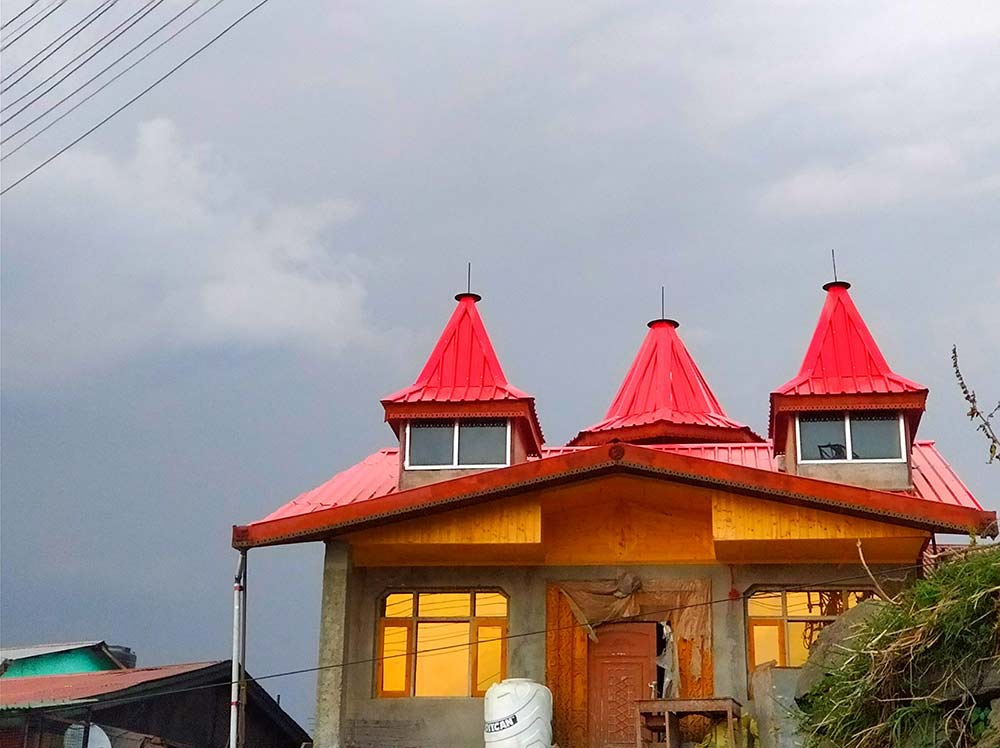 We quickly got about allocating rooms to the family and finally settled in for some quality family lunchtime. The sun was beating down here as well. But the only difference was that a sweet and cool mountain breeze was caressing us when we reached the expansive terrace, which overlooked the sprawling hills around the property and gave us a stunning view of the rolling greens around us.
While we were sitting on the terrace, a sudden flock of clouds came in to hide the ferocity of the sun and the sweet-smelling breeze cooled our travel-worn out bodies, rejuvenating our souls completely. Our holiday had begun! We decided to explore the surrounding places the next day and our chit chat continued as the night quietly fell on the distant but seemingly- so- close hills as the reluctant sun went down finally! 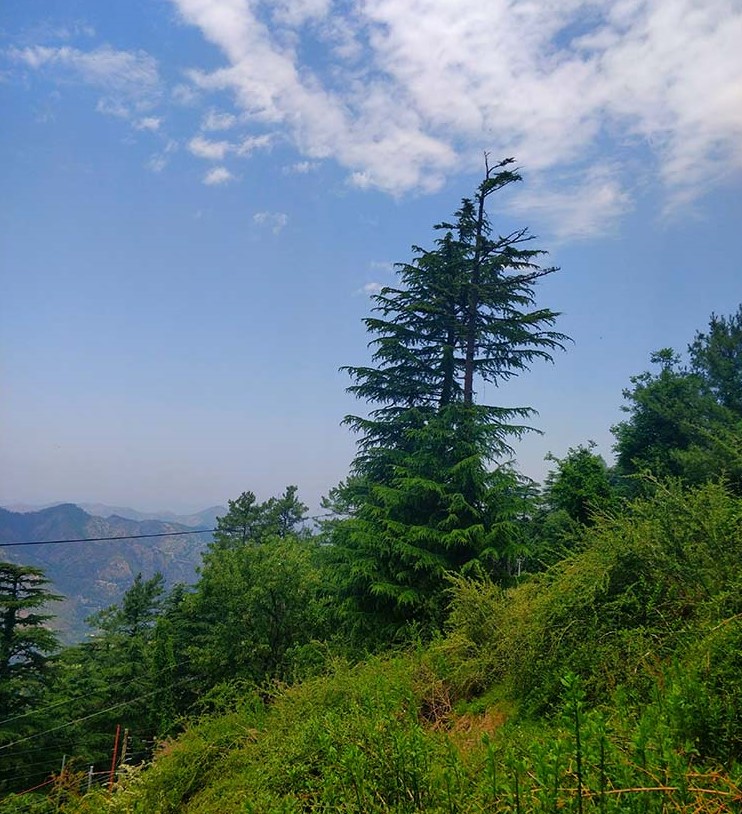 We were woken up the next morning at 5.15 am with a bright flash of light as if someone had switched on lights in our room! But no! the sun had risen with all its might and ferocity, as if angry at the previous night for pushing it beyond the hills! The terrace was flooded with sunlight, though the cool breeze was persistently blowing as if to tell us that our vacation will not go completely in vain!
After a lazy breakfast, we decided to venture out and check out the neighboring areas of tourist interest. But to our dismay, the entire highway was jampacked up to the next 25 kms! We quickly retraced our wheels back and decided to cool our heels at the retreat with iced drinks. The next day was our sojourn to the higher climes of Mashobra and we decided to leave early to avoid the traffic snarls on the way.
As we climbed higher, the weather started changing and by the time we reached, the temperature showed a most comforting 12 degrees. On checking into Club Mahindra, Mashobra, we had a leisurely lunch after depositing our luggage in the comfortable rooms. The weather outside was so enticing that immediately after finishing lunch, we decided to go for a long walk trek. Winding up the narrow roads leading up the hills, we discovered some old and abandoned buildings which mutely narrated the strong presence of British India in this mini picturesque town, which incidentally was responsible for shaping the tourist destination that it is today. Club Mahindra itself, is a heritage property which was taken over from the princely kingdoms of Himachal by the company. It has now been refurbished and given an old world façade and charm with all modern facilities of a tourist resort. 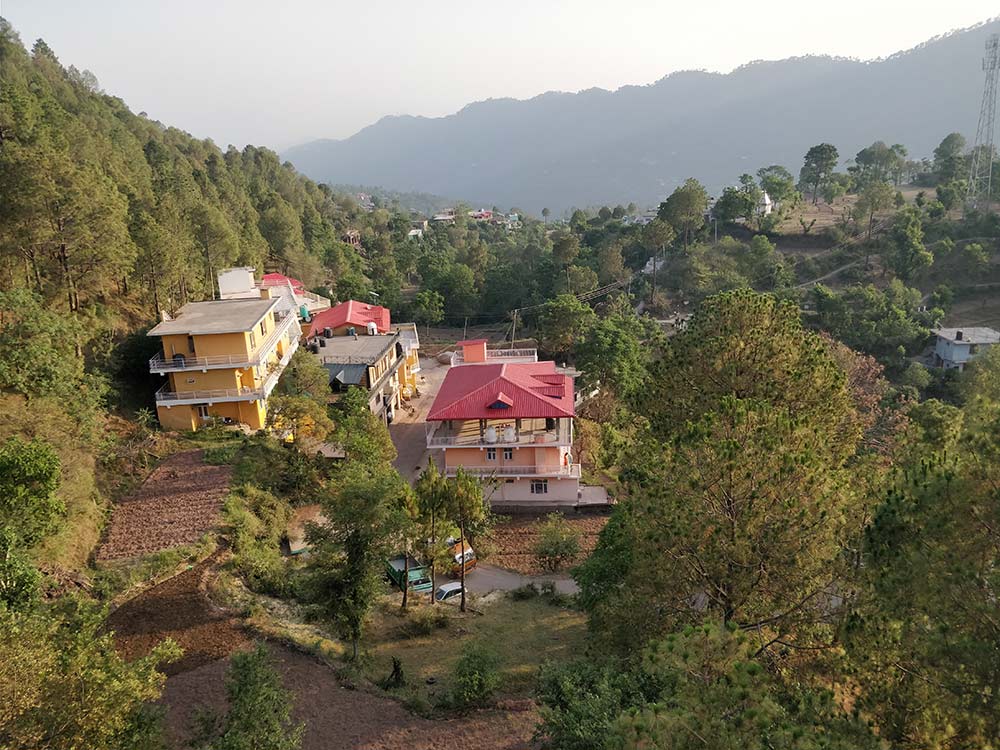 The skies had meanwhile clouded over ominously and we were just loving the somersault change in the weather in a matter of 24 hrs. As we progressed on our trail, monstrous lightning tore across the skies, warning us of a fast approaching thunderstorm, making us turn back to the hotel immediately. As soon as we reached the hotel, rain poured with all its might, soaking the entire resort complex.
We spent some great bonding time with our children by playing the various indoor games laid out in the Fun Zone of the hotel till dinner time. After dinner, we retired to our rooms with hot cups of tea and chatted till late into the beautiful rain-washed night, trying to soak in every bit of the cool, sweet mountain rain and breeze, that we could carry back to the dusty grind of Delhi.

When the travel "keeda" bites me, I pick up my backpack and set off to unravel the wonders of this world! A die-hard romantic, I laugh and cry at the romance of music, and the eternal goodness of beautiful souls around me!

12 Famous People from Kerala Who Made The Nation Proud