In 2012, three young girls in Pakistan’s Swat district were returning from school after having sitten for an exam. They were shot at by a Taliban gunman, who fled from the scene immediately. One of those girls was Malala Yousafzai, who was shot in the head with a gun. The cause? Her persistent vocal campaigning for the right of girls to education. This was also the girl who went on to recover from her devastating injury, and eventually wrote an autobiographical piece named “I Am Malala”. The book has sold copies worldwide, and Yousafzai has won a number of awards, including the Nobel Peace Prize, ever since. So, in this article, let’s look at some of the inspiring quotes from “I Am Malala’. 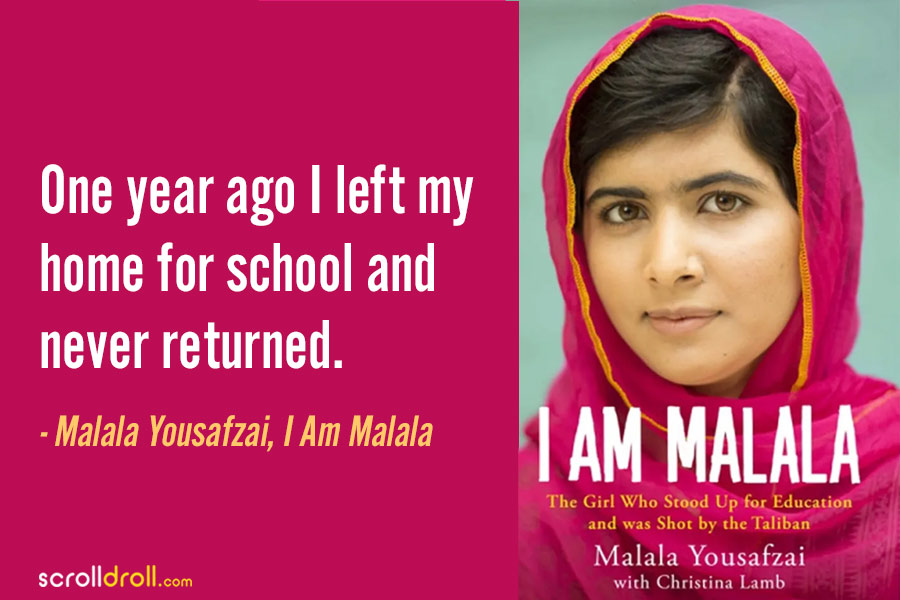 2. The power of your voice is often undermined. 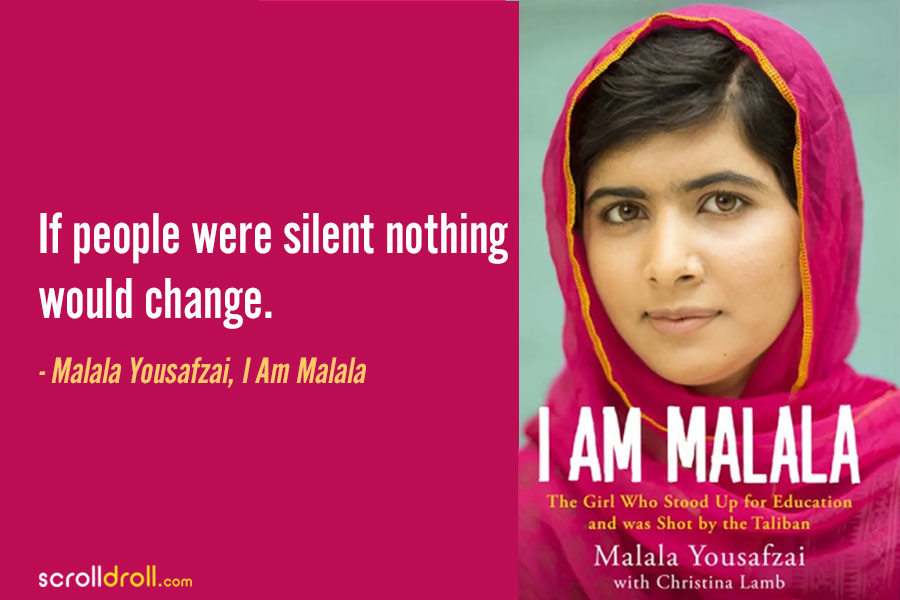 3. You only realise the value of something when it is not there. 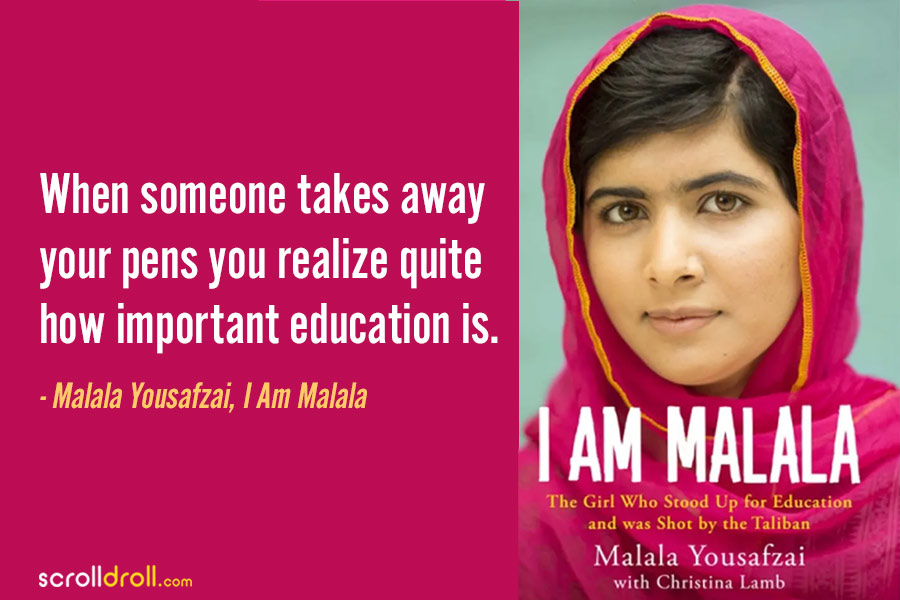 4. The power of overpowering emotions. 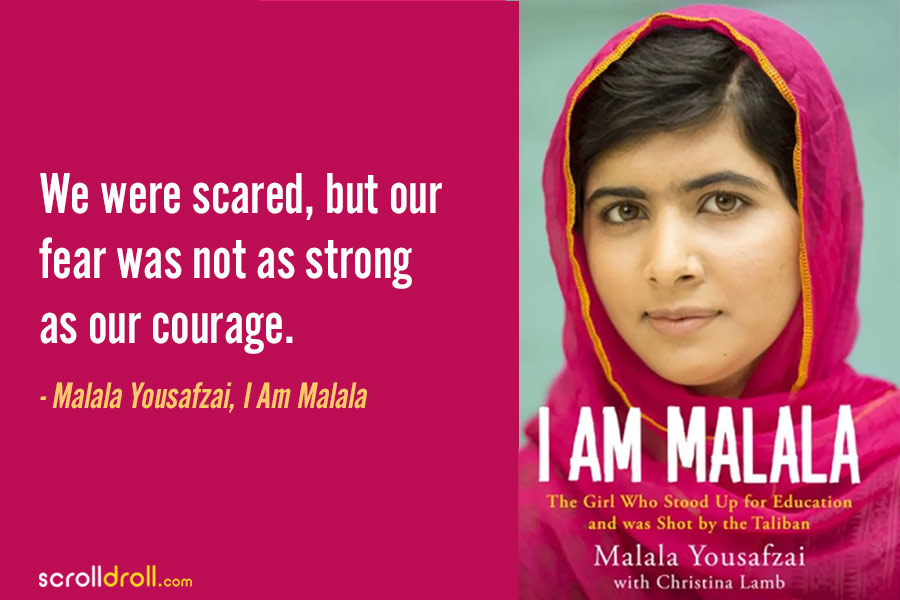 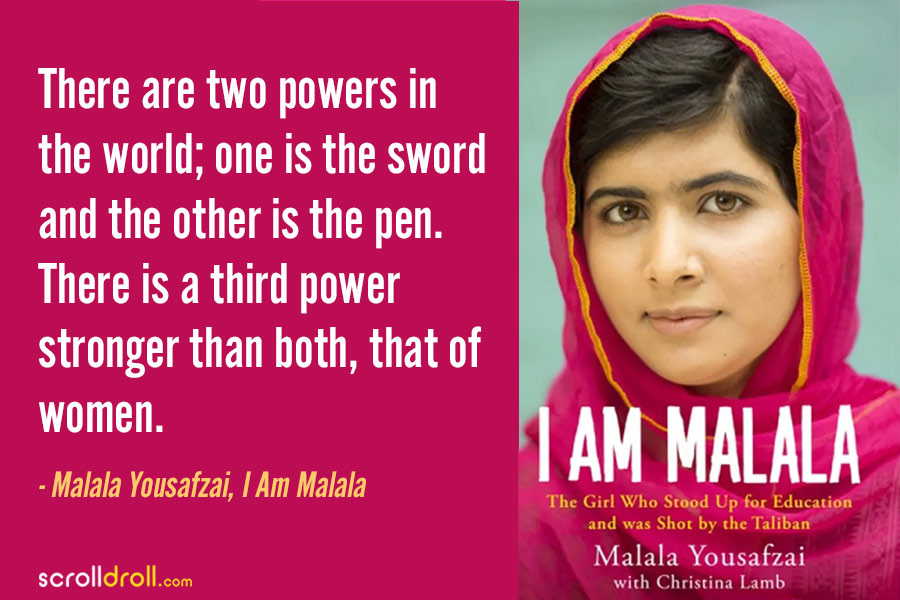 6. You cannot really silence that which you cannot touch. 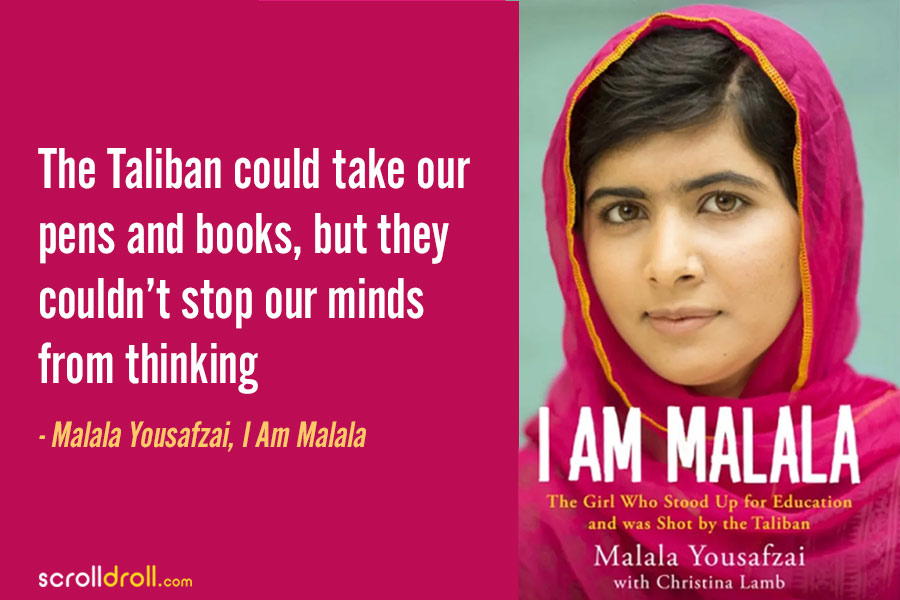 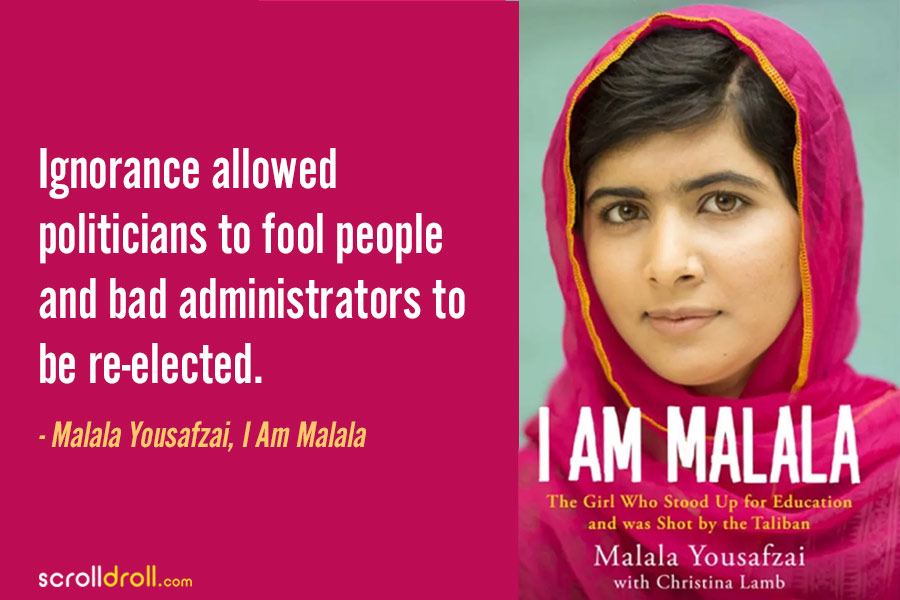 8. The courage that fear can give you. 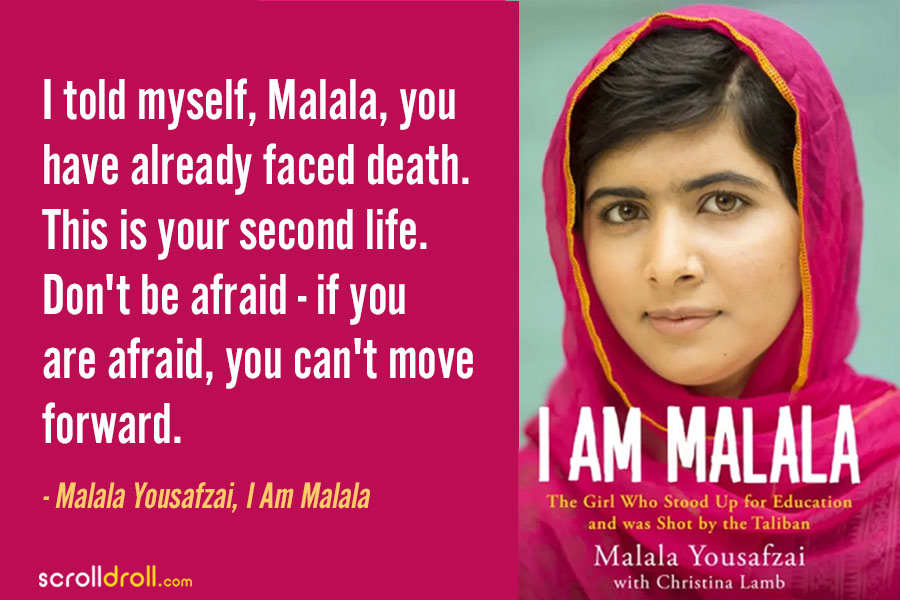 9. A form of labour no one talks about. 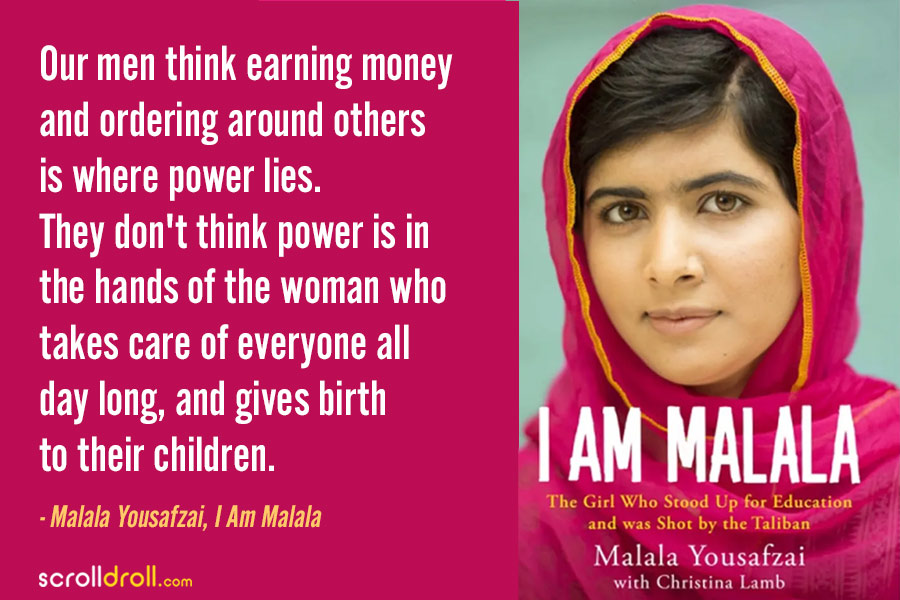 10. Make people remember you not by what was done to you, but by what YOU did. 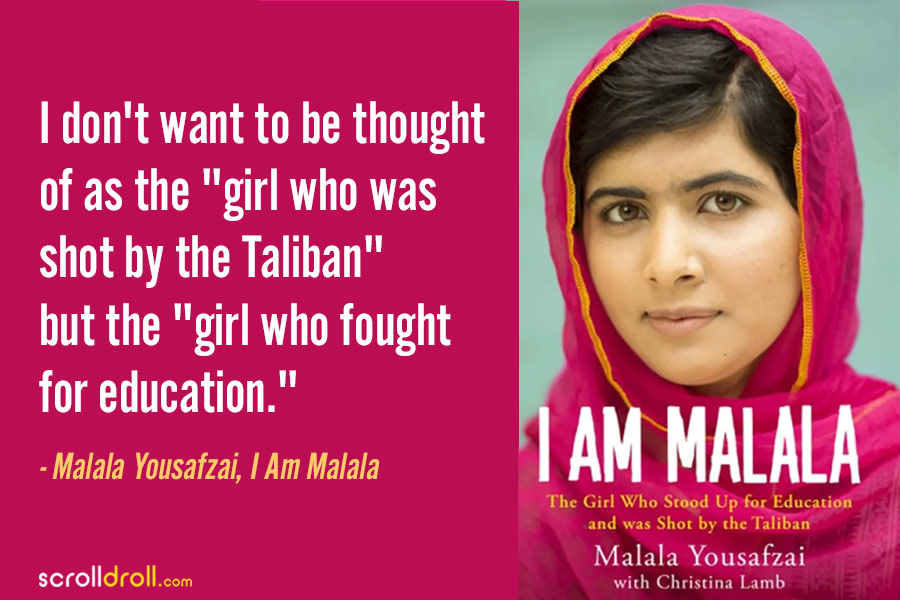 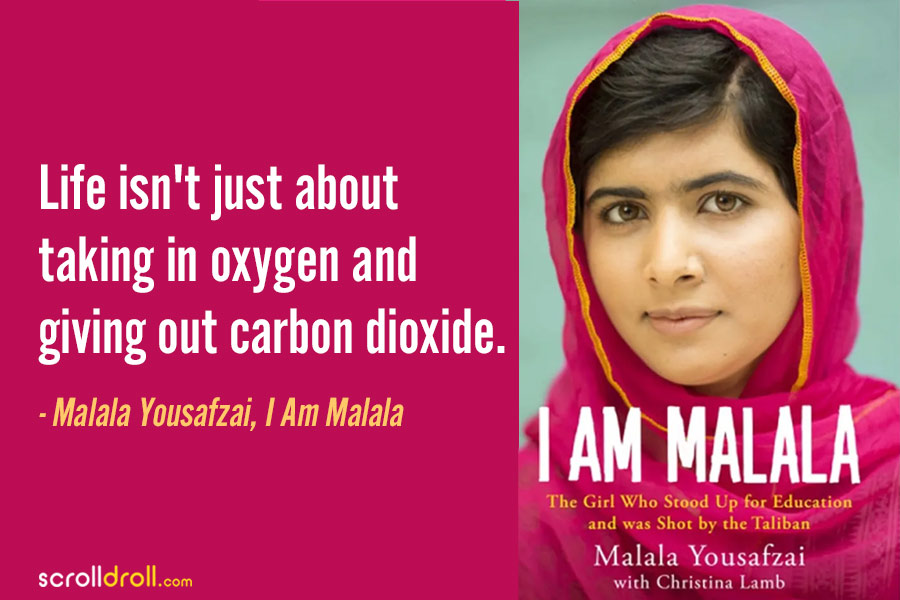 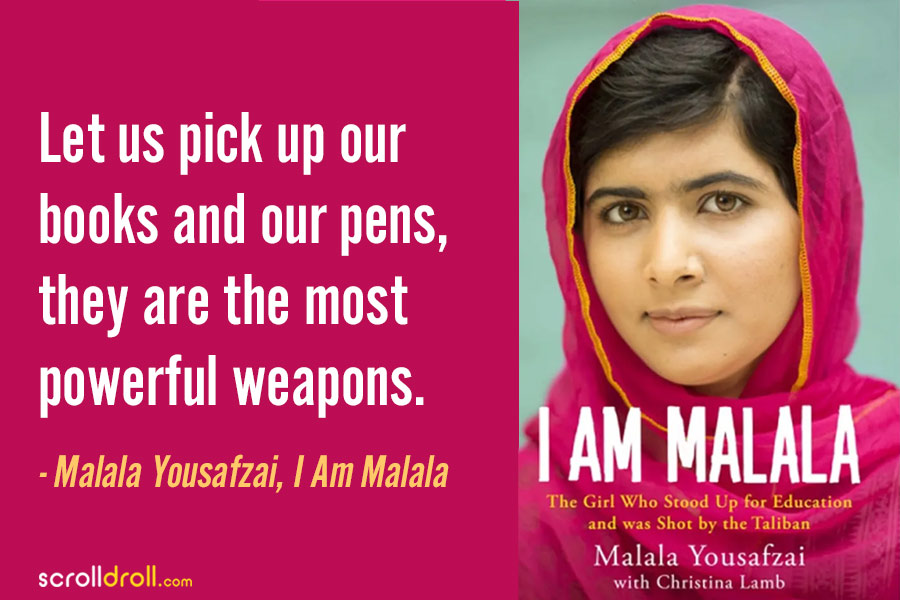 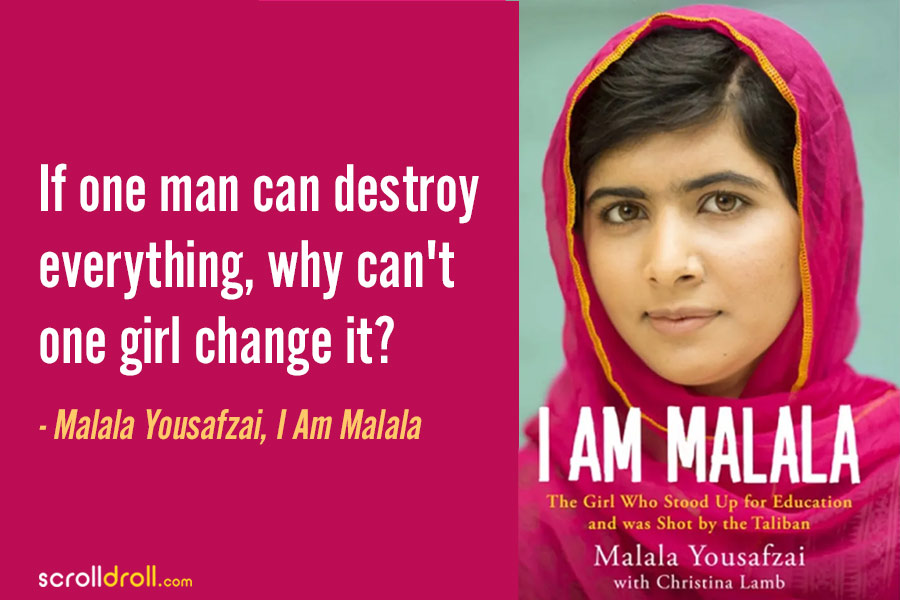 14. And that one voice can ring and resonate the loudest. 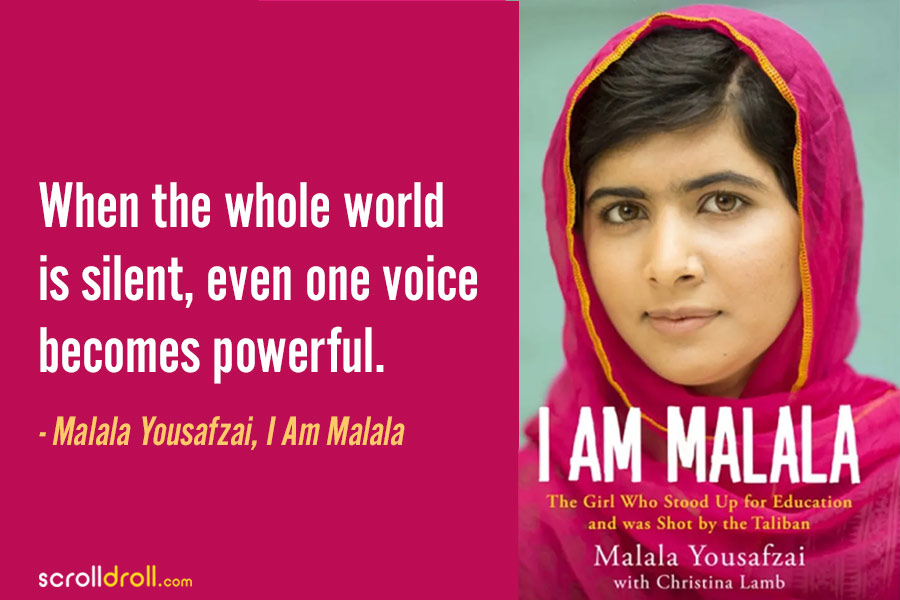 15. Don’t undermine the power of something qualitative, even if it may not stand out big in numbers. 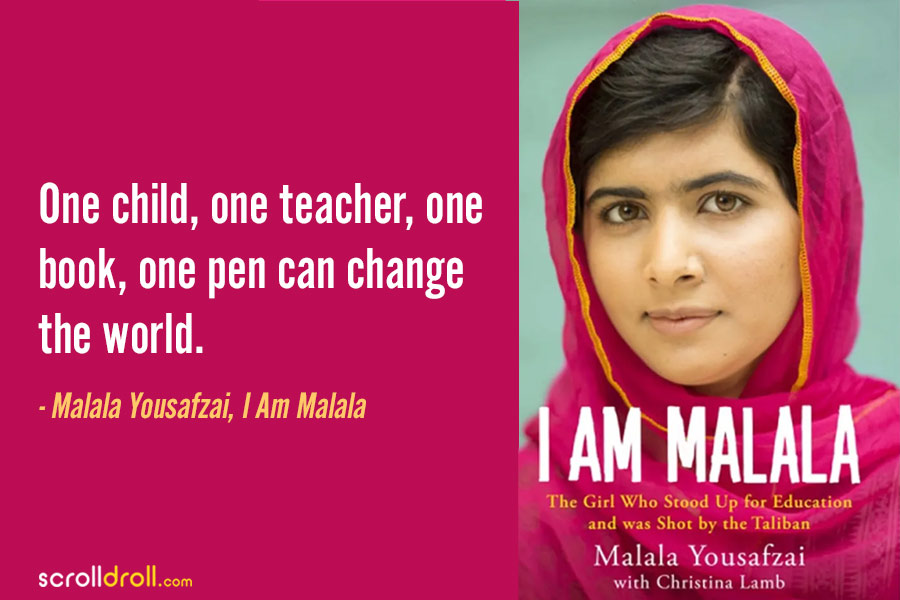 16. For it is then that we realise the value of being heard, acknowledged, and bringing about change. 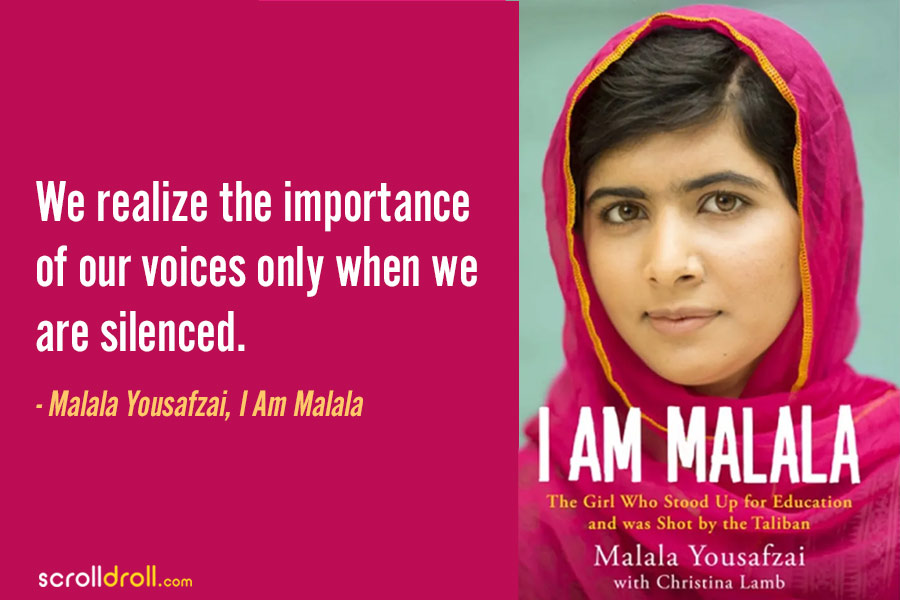 Malala’s story has been an inspirational one for all of us. It exemplifies the importance of speaking up and sustaining a struggle for what you believe in even when faced with the biggest of hurdles. Malala has continued to be vocal about a lot of relevant issues, such as a woman’s freedom to dress however they want to. We sure loved revisiting these inspirational quotes from “I Am Malala”. How did you like the quotes? Let us know in the comment section below which quote resonated with you the most.