Twitch is undoubtedly the most influential streaming platform, bringing together professional gamers in all forms of gaming with enthusiasts that love to watch and feel part of an online community. According to Twitch, 30 million unique users watch streams on Twitch daily. Viewing figures are very much on the rise in India too.

In terms of the most viewed games on the Twitch platform, League of Legends (LoL) is far and away from the most popular game that people watch. As of September 2021, it had 43.8 billion all-time viewers, compared with the second most popular game Fortnite which has 25.9 billion all-time views. eSports certainly has the potential to be one of the most influential tech trends in India’s future, something that is already happening in other countries.

It’s not just PC games that people log on to watch on Twitch either. There is a distinct online poker community on Twitch, with dozens of the world’s most successful poker players and personalities streaming online and offline to fans worldwide. It’s easy to become a streamer on Twitch to showcase your poker or gaming skills. You’ll receive a unique stream key that must be inputted into your streaming software. This key is all that’s needed to launch your Twitch channel, so be sure not to give this to anyone else. An upload broadband speed of 10 Mbps or faster would also be preferable to avoid lag for your followers.

If you are looking for inspiration to get started with your own Twitch channel, why not check out some of the most successful Indian Twitch streamers of all time? Below, you’ll find a select group of Twitch channels from Indian personalities that have gone on to become household favourites in all four corners of the globe.

27-year-old female Twitch streamer Shagufta Iqbal is one of the most popular Indian personalities on the platform. With almost 10,000 followers, she is a fun and welcoming gamer to be around. She plays and streams all kinds of games live on Twitch, including story-driven games and first-person shooters. Some of her most recent uploads are of the popular game Dark Souls 3. 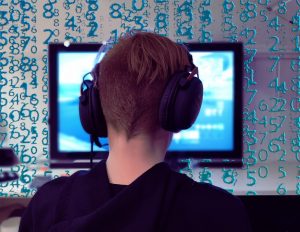 Dillon is a Twitch streamer that’s been living in India for the last 16 years. He has an Indian father and an American mother and was one of the most popular Fortnite streamers in India for some time. He started streaming on YouTube but gravitated over to the Twitch.tv platform to prove to his parent that it wasn’t “some kind of pastime”. He used to stream regularly with his brothers Brandon and Chris, but his most recent streams are of him playing alone.

Jasmine is another popular female Indian Twitch streamer, who enjoys sharing her “obsession” for the game Valorant. With over 1,000 followers of her channel, Jasmine also regularly streams her artwork and also attempts to stream some of her fitness workouts to encourage subscribers to maintain a fit and healthy lifestyle whilst gaming. Jasmine streams daily, with Valorant gaming streams starting from 10 pm IST, as well as daily workout streams from 5 pm IST. You can also catch Jasmine over the weekends when she streams Valorant on her YouTube channel from 10 am IST.

Helm, whose real name is Gaurav, is another hugely successful Twitch streamer. He has over 5,500 followers on his channel, which is no surprise given that he is a former eSports professional and a great role model for Indian gamers to follow. Gaurav used to play Dota 2 professionally and was the team captain of Team Buriza during the 2017/18 eSports season. He still plays Dota 2 today and streams it live to his followers, but it would appear he no longer plays competitively and focuses on the pure enjoyment of the game. He focuses heavily on his tech setup, which is a gamer’s dream. He plays with a Ryzen 2600 CPU with Corsair Vengeance 82 RAM.

Dota 2 is certainly one of the most popular eSports games to be streamed on Twitch today. It sits in the top five of most-streamed games, with 17.5 billion all-time views of streamed Dota 2 action on Twitch.