You can hate him, you can love him but you cannot ignore him. Arnab Goswami has been one of the most popular yet controversial names in Indian jounralism today. Arnab Goswami quotes summarizes the ideology that drives his journalism which has been lauded by many and thrashed by others. A new anchor and now the owner of a media organization, Arnab Goswami has gained almost a celebrity status now and this news anchor today has the ability to make news and not just report it.

We bring you some of the best Arnab Goswami quotes over the years.

1.  “To the Lutyens media: You have been defeated by the people. You don’t matter.” – Arnab Goswami 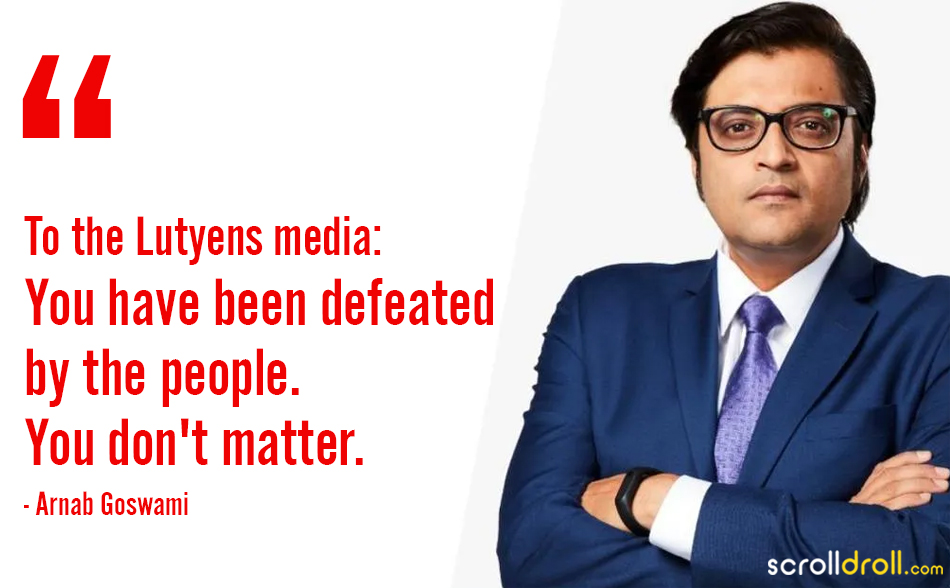 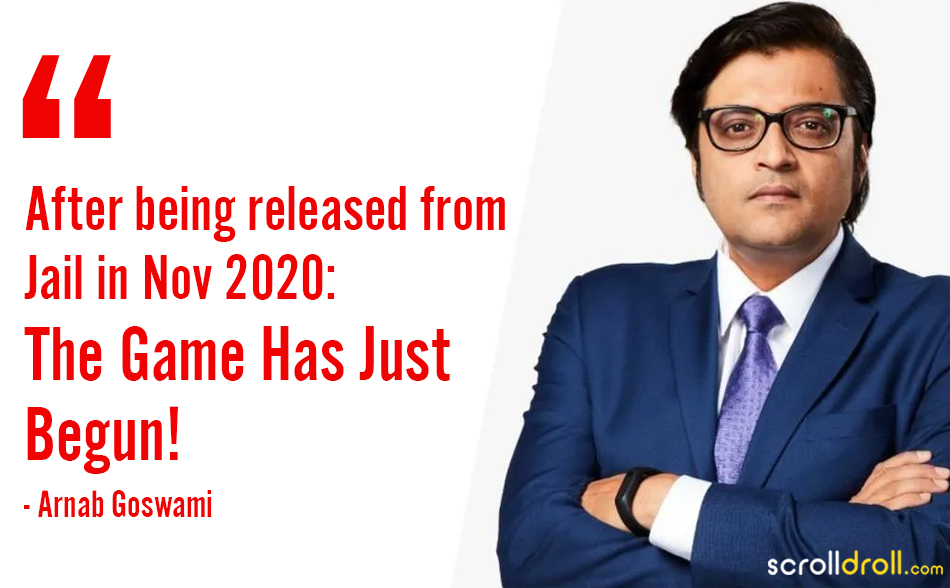 3. “For a journalist to be free he has to run and own and manage a news organization. “- Arnab Goswami 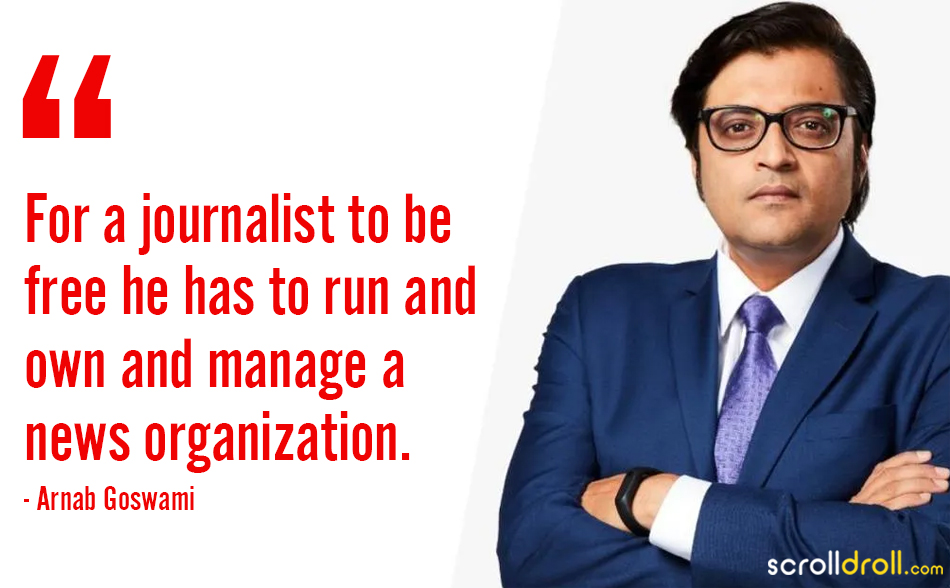 4. “I think it is a matter of pride for all journalists that a fellow journalist today runs, manages, anchors & owns the largest news organization in the country.” – Arnab Goswami 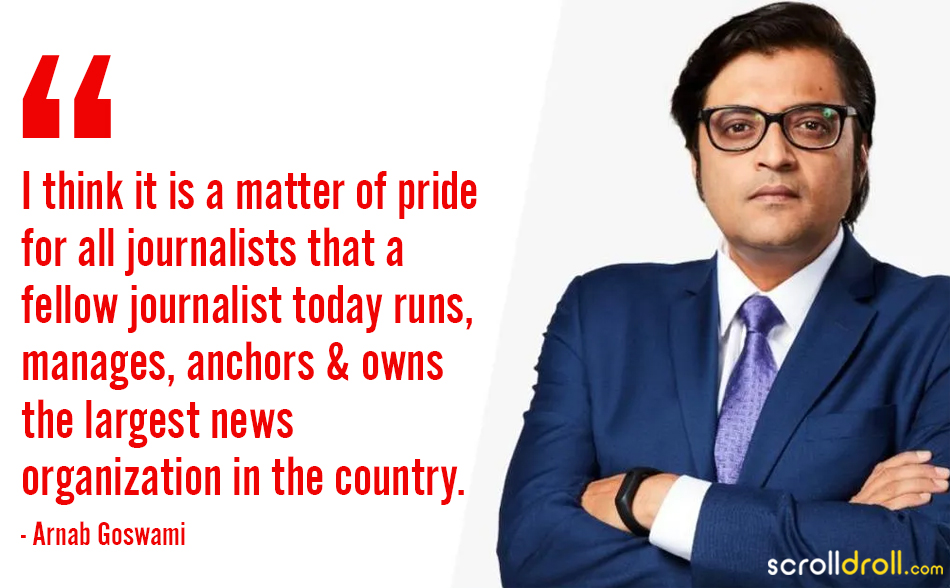 5. “I am sorry Sonia Gandhi, but here I am, back on air. You carried out a little Italian mafia-style operation, remember? Please throw your 10 Janpath circus tricks elsewhere. You failed in your attack on me last night.” – Arnab Goswami 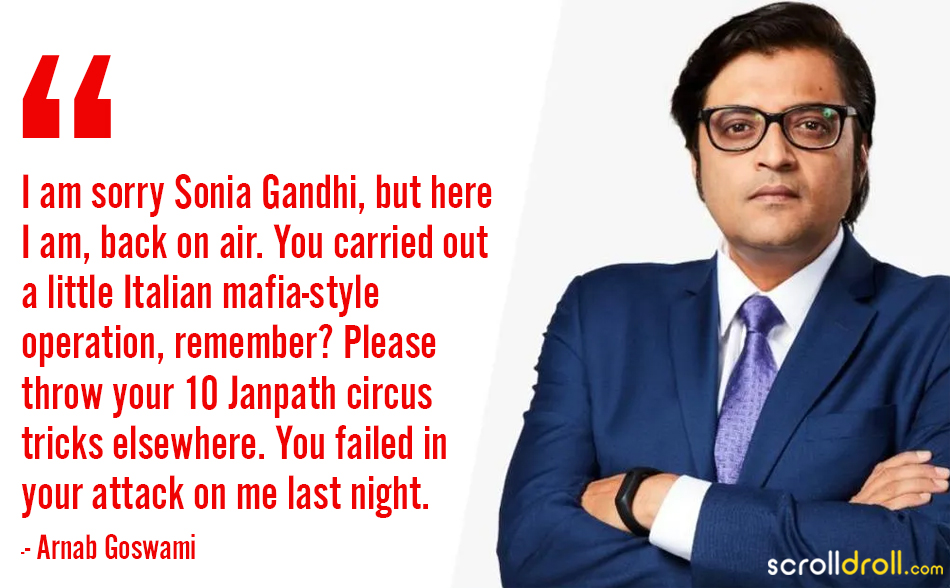 6. “I am amazed that the same media that analyzes the need of foreign secretary level talks with Pakistan even when the bodies of our soldiers are mutilated. That same media has the temerity to question why an army officer makes a civilian sit on the bonnet of a car as a last act of self defence.” – Arnab Goswami 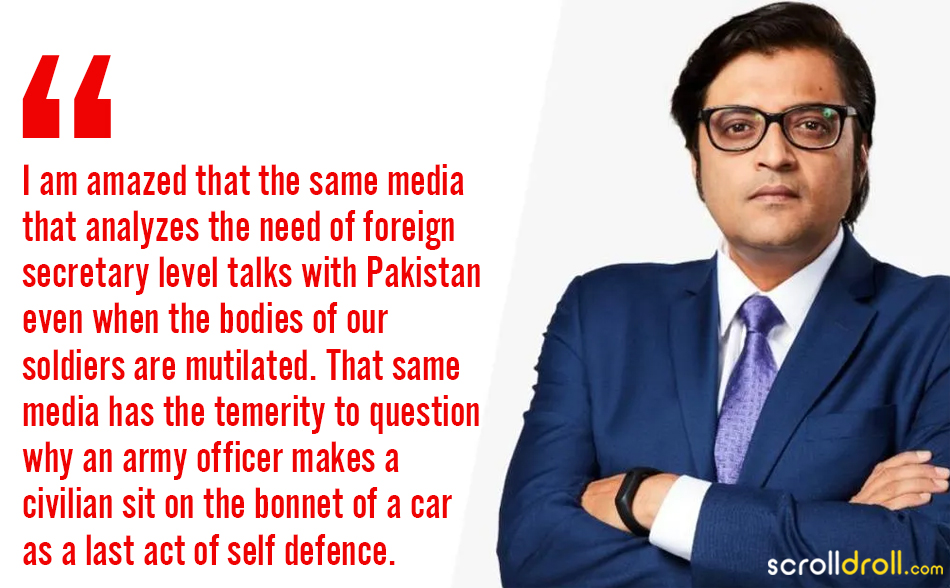 7. No truth is ugly enough to be discussed and no exposure is dangerous enough not to pursue. – Arnab Goswami 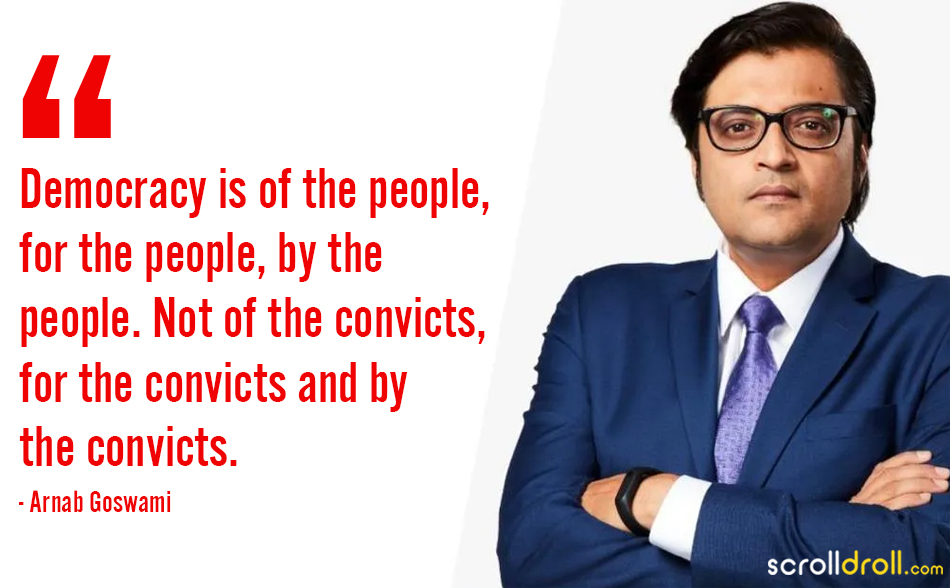 9. We are a free channel in a free country propelled by your faith. – Arnab Goswami 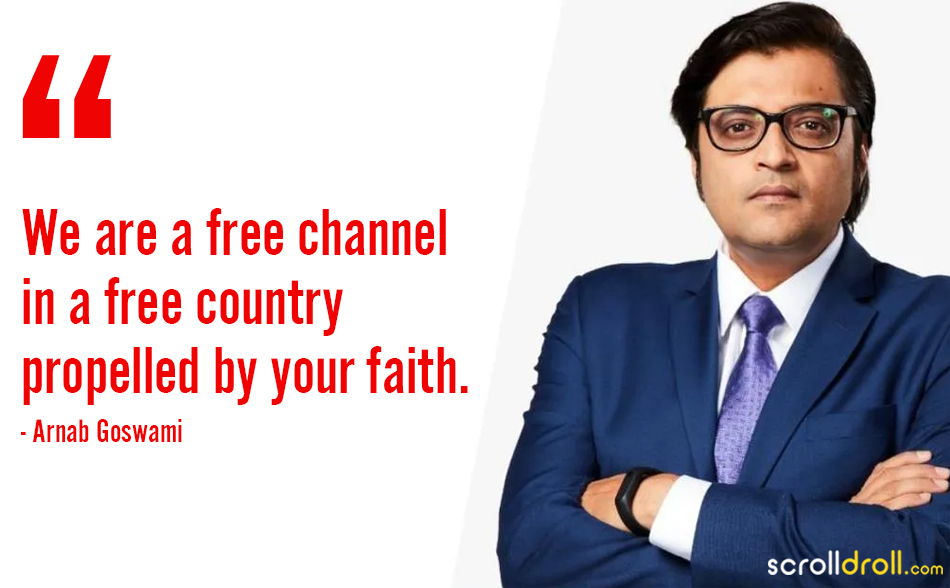 10. “In our reporting and in our relentless pursuit of the truth. Our nationalism is our Strength. It is our core and our nationalism will be forever be our pride.” – Arnab Goswami 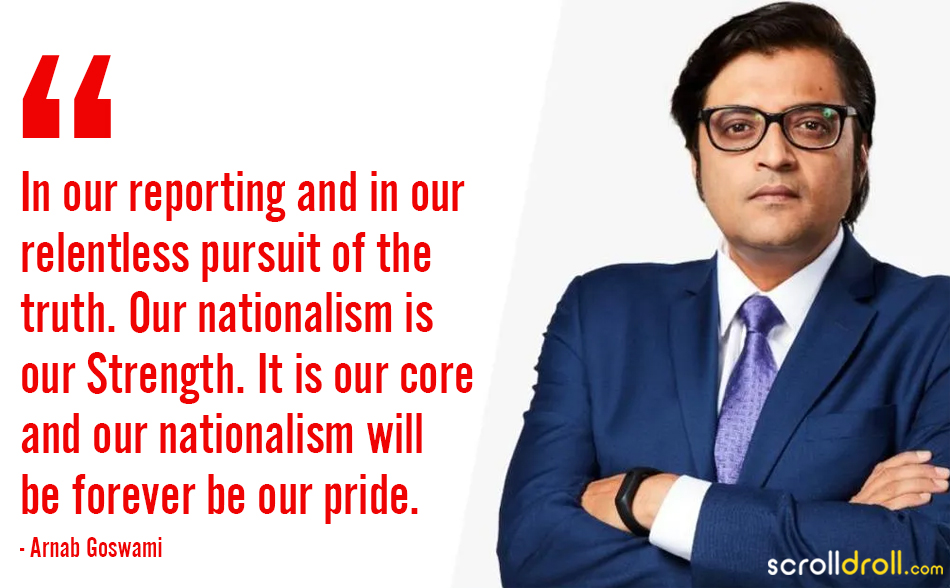 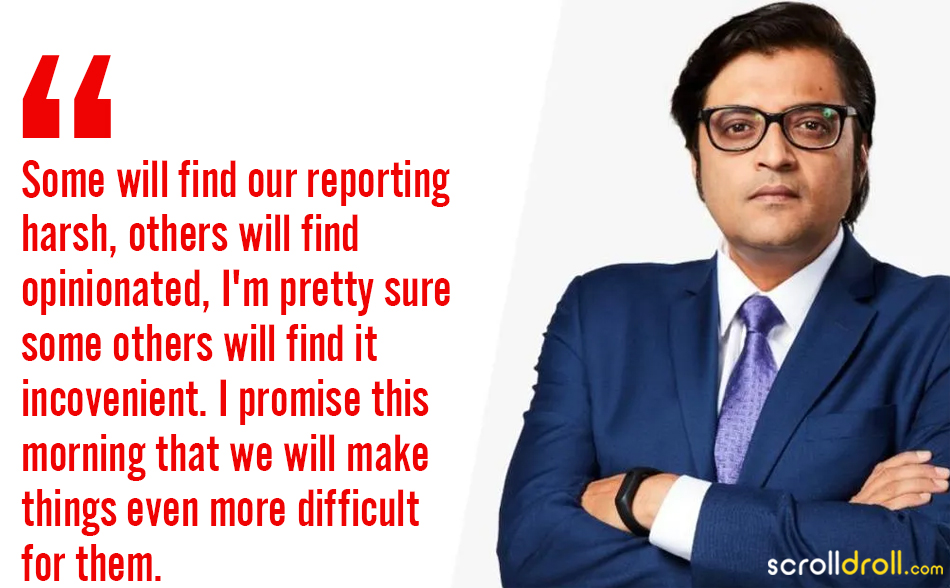 12. “The Indian media surrounds itself in an ecochamber that operates only in the corridors of power in New Delhi.” – Arnab Goswami 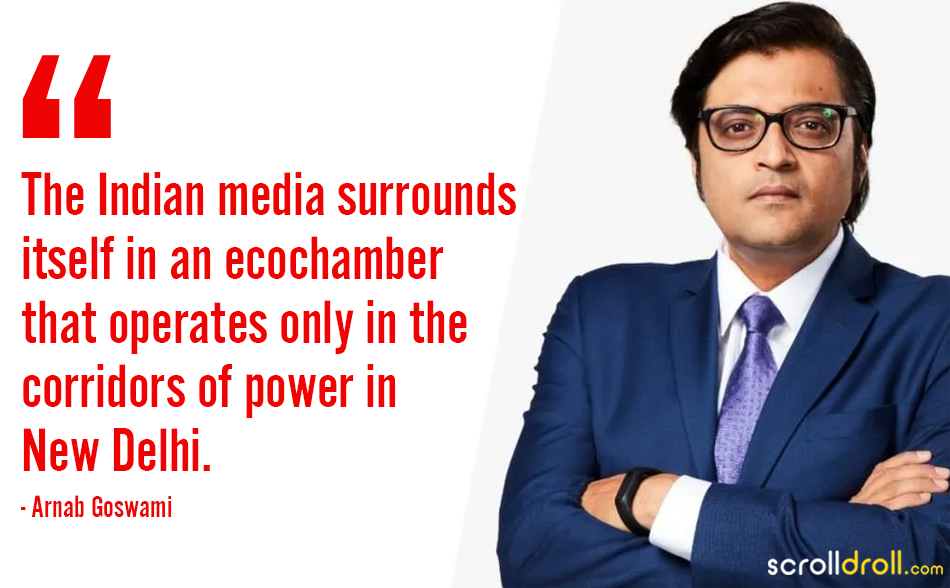 13. “One of our targets is to move the center of Gravity of Indian Media, away from the [political capital.” – Arnab Goswami 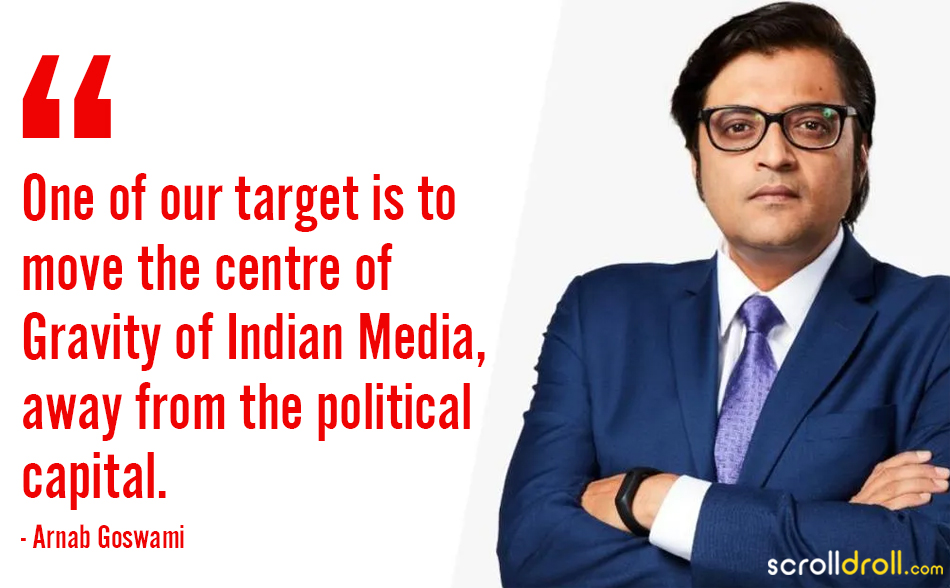 From making key exposes in 2G and Coal scams to taking on the Uddhav Thackeray government, Arnab Goswami’s life and career has seen several highlights. He almost created a culture of high pitched and noisy debates of prime time television which has become the order of the day today. While this has been criticized by many, Goswami defends his right to ask questions loud and clear. While people accuse him of being a loyal to the central NDA Government, Arnab Goswami defends his commitment to the cause of nationalism and questioning the anti-national lobby.

Which of these Arnab Goswami quotes did you find the most hard hitting?

20 Ramayana Meme Templates To Describe The Story Of Our Lives