1. Sword Of Legends 2
Yue Wuyi, the son of a wealthy Chang’an family, leaves home on a cultivation journey. He’s looking for Perform Yan-Xie Yi’s master. He meets Wen Renyu, Xia Yize, and Ah Ruan along the way. Yue Wuyi eventually tracks down Xie Yi and enrolls as his student. Meanwhile, an evil force known as Liu Yue emerges, putting Yue Wuyi and his companions in danger. Xie Yi makes the ultimate sacrifice to save his student. Yue Wuyi and his friends track down the powerful and ancient sword Zhaoming in order to avenge Xie Yi and put an end to Liu Yue’s plot. Finally, they prevent Shen Ye, the priest, from destroying the world. 2. Martial Universe
“Martial Universe” is one of the best Hindi dubbed Chinese dramas directed by Zhang Li that premiered in 2018. It is based on Tian Can Tu Dou’s novel, Wu Dong Qian Kun. Lin Dong (Yang Yang) is abandoned by his family. His life, however, will never be the same after he discovers a magical stone talisman. His many adventures as he travels the world help him hone his martial arts skills. He also meets two very different women, Ying Huan Huan (Zhang Tian Ai) and Ling Qing Zhu (Wang Li Kun), who not only capture his heart, but also aid him in his fight against a demon sect attempting to take over the world. 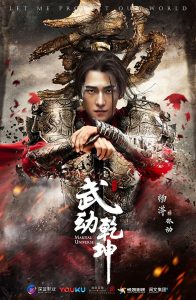 3. Tribes and Empires Storm Of Prophecy
The story follows the brotherhood of a half-human, half-spirit prince, an abandoned son of a general, and the heir of a slaughtered tribe as they uncover the secrets of their past and seek revenge and justice for those they love. 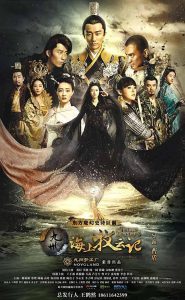 4. The Love By Hypnotic
The plot revolves around “Princess Xiyue” Li Mingyue and “Prince Zi” Li Qian, who were feuding in the Beixuan state. They were compelled to marry. When Li Qian was hypnotised by Li Mingyue, he remembered what had happened before. Li Qian accepted this wife in exchange for reviving his memory. They went through a lot and eventually got a happy ending. 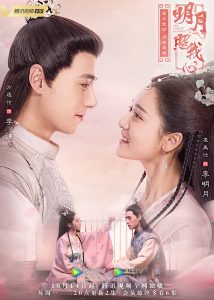 5. Love of a Thousand Years
Coming 5th on our list of the best Hindi dubbed Chinese dramas is “Love of a Thousand years”. The love story of the characters spans thousands of years and multiple timelines, as the title suggests. The Love Of Thousand Years series is based on Shu Si Lang’s novel about Fu Jun Yun, who falls in love with a girl. The issue is that Fu Jun Yun is immortal, and the woman with whom he has fallen in love is a mortal. Aside from his abilities, Fu Jun is unable to make the woman love him and thus follows her through all of her incarnations. Will Fu Jun ever be able to inform the woman of his existence? Is there any hope for his one-sided love? Check it out to find out! 6. The Sleepless Princess
The plot revolves around a cold-hearted and loyal general named Xue Yao and an unappealing princess named Chu Yue (Yixuan Hu), who is suffering from insomnia as a result of a childhood accident. He’s looking into the circumstances surrounding his brother’s death. To pass the time, the princess spends her free time reading romance novels. Yao Xue (Yecheng Zheng) and Churyue Xu are strangers. A royal assassination, on the other hand, brings them closer together. Churyue Xu disguised herself in order to marry Yao Xue, but she had no idea how disastrous the marriage would be. 7. Put Your Head On My Shoulder
The show is based on a novel by Zhao Qianqian with the same title. The show’s plot revolves around Si Tu Mo, who is unsure of what he wants to do with his life. Her graduation is approaching, but she is still undecided about her career goals. Meanwhile, she has a crush on Fu Pei, a childhood friend. Her mother tries to set her up with a physics student, but she ends up in the middle of a love triangle. 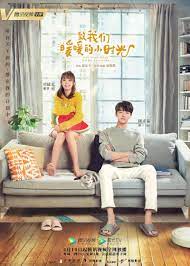 8. The Untamed
Next on our list of the best Hindi dubbed Chinese dramas is ” The Untamed”. The story goes on as follows. Wei Wu Xian and Lan Wang Ji, two talented disciples from prestigious clans, meet during cultivation training and unintentionally uncover a long-kept secret. They decide to carry on their ancestors’ legacy and rid the world of the ominous threat. Wei Wu Xian, however, dies in a dramatic turn of events. Wei Wu Xian is brought back to life sixteen years later through a self-sacrificing ritual. He hides behind a mask and takes on the persona of his summoner. Soon after, Wei Wu Xian reunites with Lan Wang Ji, and the two begin working together to solve current mysteries and uncover the truth behind past events. 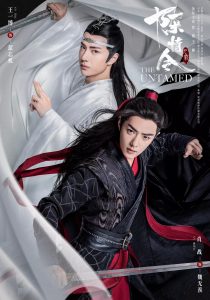 9. My Girlfriend Is An Alien
My Girlfriend is an Alien is a fantasy series starring Wan Peng as an alien girl from the Cape Town Planet and Thassapak Hsu as the President of Future Group of Companies, who is severely injured in a car accident and whom she saves by risking her own life. 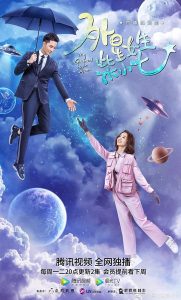 10. The Long Ballad
Chang Ge Xing, also known as The Long Ballad, is a 2021 Chinese historical series based on Xia Da’s 2011 manhua of the same name. It stars Dilraba Dilmurat, Leo Wu, Zhao Lusi, and Liu Yuning and is directed by Zhu Ruibin. The drama is set during the reigns of Emperor Gaozu and Emperor Taizong during the Tang dynasty, and it tells the story of an imperial princess who seeks revenge for her family, intertwining her fate with that of a tribal prince. Although it includes some historical figures, the majority of the characters and plotlines are made up. 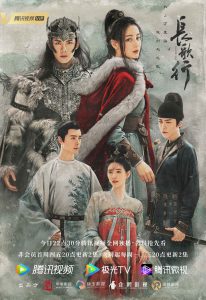 The C dramas listed above are the best Hindi dubbed Chinese dramas to watch. Many of them can be found on Netflix, which has an excellent reputation. They are rarely longer, so they are both time-efficient and entertaining. These dramas provide a wealth of information about Chinese culture and lifestyle. As a result, there have been a few excellent dramas produced over the years. So, here is a complete package that is appropriate for people of all ages.