15 Best Places to Visit in Maharashtra

Vacations can be lovely and relaxing, especially if you plan a trip to Maharashtra, one of India’s most beautiful states. The coast is always hot, the hills are always beautiful, and the cities are always welcoming to visitors. This magnificent destination is always welcoming, and deciding where to go can leave you with a creased brow, considering Maharashtra is India’s third-largest state. However, in order to provide you with the best vacation possible, we have compiled a list of the top places to visit in Maharashtra, particularly for a one-week trip.

One of the first places to visit in Maharashtra should be Mumbai. It has a luxury vacation option and an international airport (Chhatrapati Shivaji International Airport). This flavorful destination, which attracts a diverse range of visitors each year, has a variety of points of interest that will put a broad smile on every traveler’s face. Apart from the well-known tourist attractions, you can visit local attractions such as the Global Vipassana Pagoda, which is ideal for meditation; the Basilica of Our Lady of the Mount, which is known for its splendour classic architecture; and a ferry ride to Elephanta Island, where you can see the 600 AD caves and simply admire the artistic excellence. 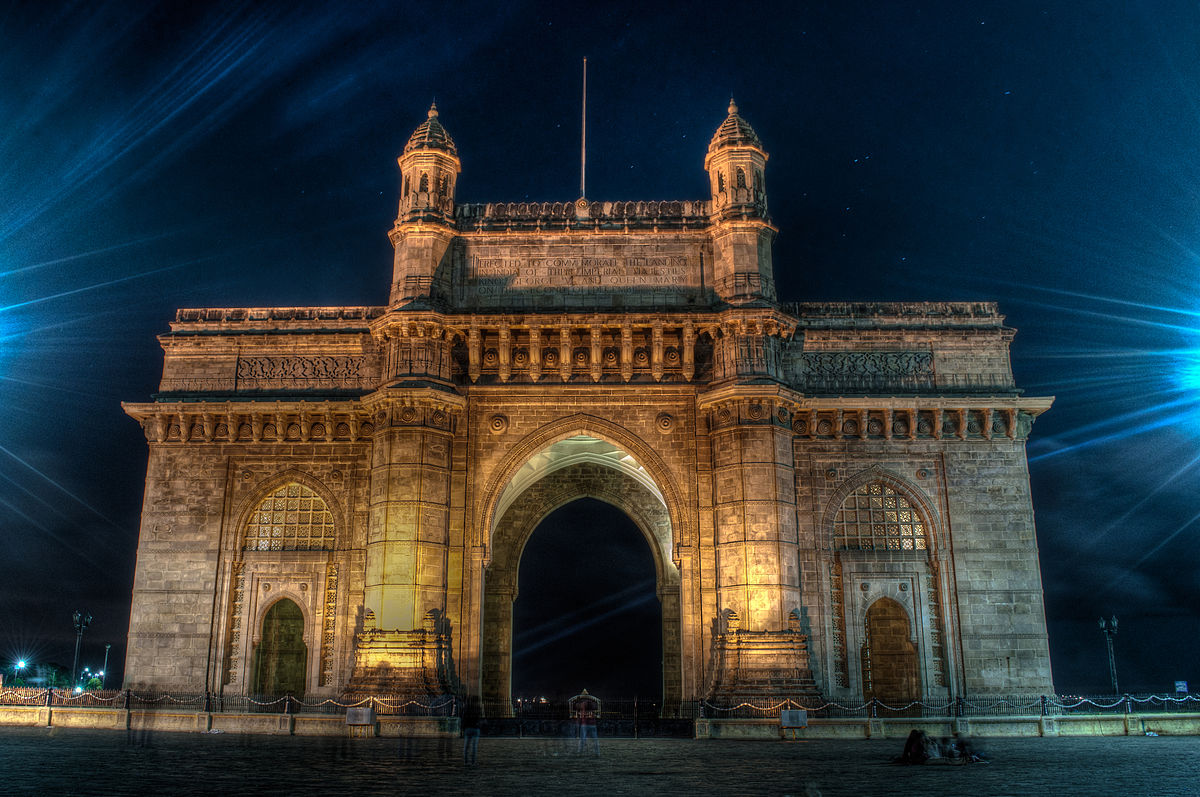 After Mumbai, Aurangabad is easily one of the best places to visit in Maharashtra, with impeccable culture and silk-sewn outfits. Your eyes and soul will be mesmerized by the city’s hilly terrains. Aurangabad, home to the world-famous Ajanta and Ellora caves, is steeped in history.

The Ajanta Caves are one of India’s oldest UNESCO World Heritage Sites, and one of Maharashtra’s must-see attractions. Ajanta Caves are located in a horseshoe-shaped bend of rock surface nearly 76 meters in height overlooking the Waghur River and were carved between the 2nd and 6th centuries BC. The complex is made up of 29 rock-cut cave monuments that date from the Satavahana and Vakataka periods. The caves of Ajanta are known for their beautiful mural paintings and sculptures depicting Jataka tales. On the cave walls, various incidents from Gautama Buddha’s life and the Jataka Tales are depicted and recreated. 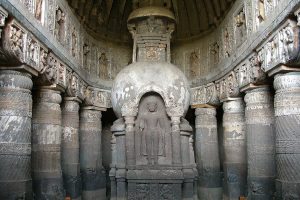 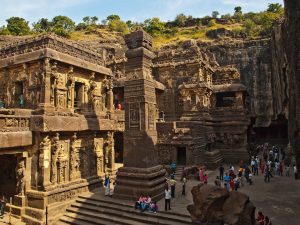 This hill destination of Mahabaleshwar has such exhilarating vibes that you can’t imagine going anywhere else while you’re here! It is a popular summer destination for people, particularly Mumbai city dwellers, due to its peaceful surroundings and cool breeze. Mahabaleshwar enchants visitors with its well-kept tourist attractions such as Wilson Point, which is the best place to see the sunrise, and Venna Lake, where you can spend the day boating around the lake. Mahabaleshwar is also known for its beautiful waterfalls, such as the Chinaman and Dhobi Waterfalls. 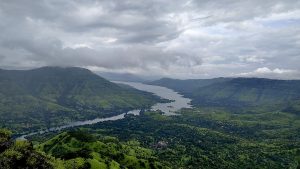 Shirdi, one of the most popular pilgrimage places to visit in Maharashtra, is a must-see. It is here that Saint Sai Baba’s home is located. Shirdi Sai Baba Sansthan Temple is one of India’s most valuable temples. Also worth seeing is the Shani Shingnapur Temple, a village Mandir so dedicated to Lord Shani that none of the houses or shops have doors. A stopover in this unique location may give your journeys a different feel. You may sense the presence of supernatural power, a spiritual one, during your visit to Shirdi. It could be due to the positive vibe of the devotees or the location itself. 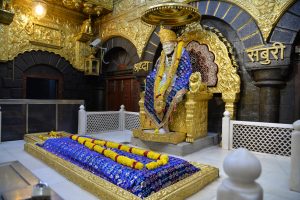 Rajmachi is a small village in Maharashtra’s Konkan region, located in the Sahyadri mountain range. Rajmachi is known for its historical fortress, which consists of two fortified peaks – Shrivardhan and Manaranjan forts – and is located near the Lonavala and Khandala hills. The village of Udhewadi, which is another name for Rajmachi, is located at the base of the fort. Rajmachi has passed through many hands, including Shivaji Maharaj, Emperor Aurangzeb, Shahu Maharaj, and finally the British. Rajmachi Fort is well-known among trekkers and adventure seekers. 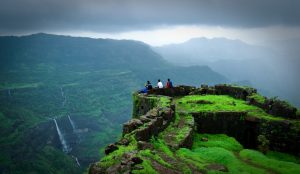 Lonavla serves as a weekend getaway for Mumbai residents. Lonavla is a great place to get away from the hustle and bustle of the city and spend some time with peace and nature. It is one of the most accessible places to visit in Maharashtra from Pune, as it is only 64 kilometers away. Drive down to Pawana Lake to camp or up to Tiger Point for some steaming chai. Rajmachi Fort is also close to the hill station, so you can go on a hiking trip there. Kumar Resort and Water Park, Della Adventure Park, Valvan Dam, and Lohagad are some of the most well-known tourist attractions. 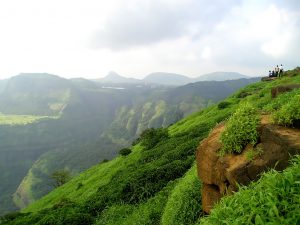 Alibaug is perhaps the most attractive treasure among the holiday places to visit in Maharashtra, as it is adorned with the dense forest of Kanakeshwar, which is enriched with a variety of animal and plant species. Alibaug’s effulgent pride, however, is Nagaon Beach, which is a beach destination in Maharashtra. It is set in a tranquil setting, surrounded by tall coconut and palm trees. During the sunrise, this beach is absolutely stunning. The Janjira Fort, which is a perfect spot to gaze out over the Arabian Sea, is another must-see in Alibaug. This fort, which is built in an ancient Mughal architectural style, is one of the best places to visit in Alibaug. The Kolaba Fort, on the other hand, is a well-kept tourist attraction that you must see while in Alibaug; however, getting there requires a ferry ride. 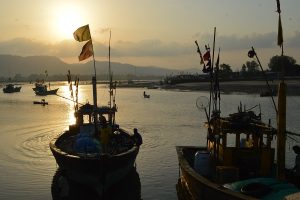 Ganpatipule is a small beach town and pilgrimage site on Maharashtra’s Konkan coast. It is one of Maharashtra’s most popular tourist destinations, and it can be visited as part of Mahabaleshwar packages as a day trip.

Ganpatipule is best known for its 400-year-old Ganapati Temple, which is the highlight of Ganpatipule vacation packages. As a mark of respect, pilgrims walk around (pradakshina) the temple, which is located at the base of a hill. Furthermore, Ganpatipule is home to one of the most beautiful beaches on the Konkan Coast. It is a popular destination for peace seekers, beach lovers, and pilgrims. Ganpatipule is one of Maharashtra’s only two white sand beaches, with Kashid Beach being the other. 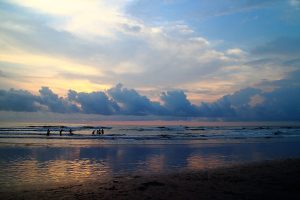 Malvan is a popular fishing vacation spot where you can enjoy the sun, sand, and sea. You can visit the beautiful and picturesque beaches here. Take a trip to Kolamb Beach in Malvan if you’re looking for a more secluded and romantic beach. You can expect to have an uninterrupted view of the setting sun from this beach. Malvan Beach, on the other hand, is far from tranquil; it has a variety of beachside shops and cafes that keep it busy most of the time. There are several islands accessible from Malvancho Dhakko for sightseeing, including the Lighthouse Island, Burnt Island, and Nivati Rocks. 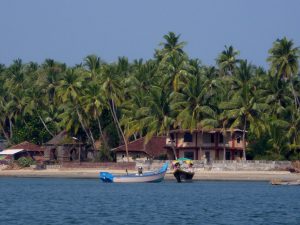 A trip to Matheran’s secluded and charming hill destination can be such an interesting experience that you’ll almost forget about your worries. Matheran, located in the Western Ghats range, is an environmentally friendly destination that does not allow vehicles, so you must either walk or take a pony ride. This popular Maharashtra getaway is ideal for getting away from the hustle and bustle of city life. Enjoy the warm sun, panoramic views of rolling hills, and pleasant weather, which may tempt you to extend your vacation. Echo Point, Louisa Point, and Alexander Point, as well as Charlotte Lake and Vikatgad Peb Fort, are some of the most popular places to visit in Matheran, Maharashtra. 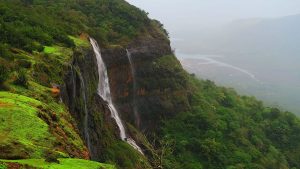 Satara is one of Maharashtra’s most historically significant destinations. The city was the birthplace of the Maratha hero Chhatrapati Shivaji, as well as the resting place of the Pandavas during their exile. The Kaas Flower Plateau, a UNESCO World Heritage Site, is also well-known in the area. As a result, a vacation in Satara is all about historical sites and natural beauty. 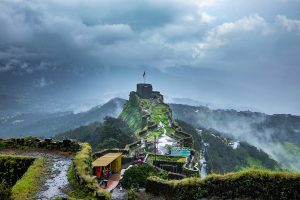 Panchgani, also known as Paachgani, is a beautiful hill station in Maharashtra that is a popular tourist destination. Panchgani is nestled in the middle of five hills in the Sahyadri mountain ranges, at an elevation of 1334 meters. The Pandavas are also said to have spent some time in Panchgani and the cave where they stayed in the famous Devil’s Kitchen during Vanavasa.

Panchgani has a number of lovely tourist attractions. Table Land, Parsi Point, Kamalgadh Fort, Devil’s Kitchen, Rajpuri Caves, Sydney Point, Mapro Gardens, Dhom Dam, and other major tourist attractions in Panchgani are included in Panchgani tour packages. Panchgani is dotted with old bungalows and Parsi houses in the British style. It is also known for its many residential educational institutions and as a popular health resort destination. 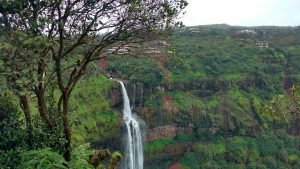 The Kaas Plateau, one of the best places to visit in Maharashtra, is an exquisite version of the Valley of Flowers that comes to life after the rains when the entire region is carpeted in flowers. The 1000-hectare plateau, 35 kilometers from Mahabaleshwar, is a visual treat until October when the bloom lasts. The entire plateau resembles a carpet of flowers in every color of the rainbow. Kaas is home to over 450 different flowering plants, orchids, and carnivorous plants like Drosera Indica. It attracts a large number of tourists, scientists, and nature lovers due to its beauty. A large portion of the Kaas Plateau is designated as a reserve forest, and it has also been designated as a World Natural Heritage Site. 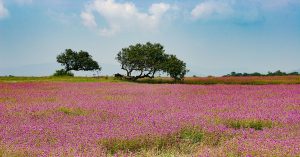 Next, on our list of places to visit in Maharashtra is the infamous Lonar Lake. Lonar is well-known for a crater formed when a meteor collided with the earth’s surface during the Pleistocene Epoch. The meteor is said to have struck Lonar 52,000 years ago, which is an unrealistically long time. The crater then transformed into a lake over the centuries and millennia, and today it is known as Lonar Lake. The lake has a diameter of about 4000 feet and a depth of about 450 feet. J. E. Alexander, a British officer, is said to have discovered the crater first. The existence of the crater is mentioned in the holy scriptures of Padma Puran, Skanda Puran, and Aina-i-Akbari. Aside from the lake, there is an ancient Daitya Sudan temple worth visiting, which attracts pilgrims from all over the country. 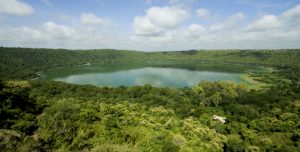 Ratnagiri is a port city on Maharashtra’s Konkan coast. Ratnagiri, which is surrounded by the beautiful hills of the Sahyadri ranges, has a wide range of tourist attractions, including beautiful beaches, historical monuments, and serene temples. The beaches in Ratnagiri, on the other hand, outnumber all other tourist attractions. Apart from the beaches, Ratnadurg Fort, Thibaw Palace, Gateway of Ratnagiri, Vijaydurg Fort & Beach, Ganpatipule, and Jaigad Fort & Lighthouse are all worth visiting in Ratnagiri. Ratnagiri is also the birthplace of Lokmanya Tilak, the great freedom fighter. 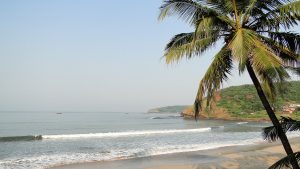 We have finally come to the end of the list of the best places to visit in Maharashtra. We hope you enjoy your awaited vacation to Maharashtra. Let us know in the comment section which tourist destination was your favorite.