One of the best Punjabi movies on Amazon Prime is Anurag Singh’s Punjab 1984, a 2014 Indian Punjabi language period drama film. It is based on the social consequences of the Punjab insurgency in 1984–86, and it tells the narrative of a woman and her lost son. The film, which stars Diljit Dosanjh and Kirron Kher, is filmmaker Singh’s fourth collaboration with actor Dosanjh. 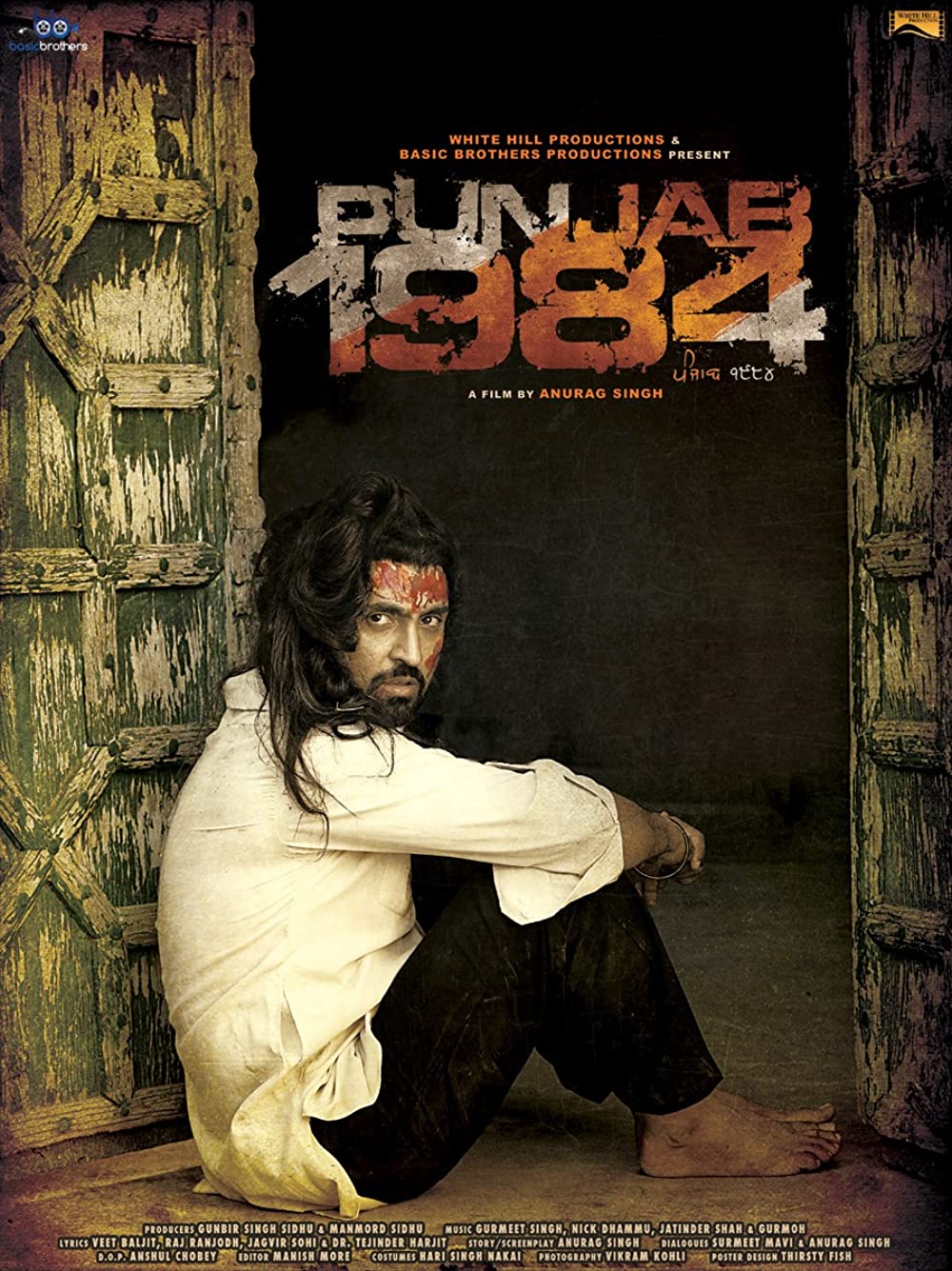 Jagdeep Sidhu wrote and directed Sufna, a 2020 Indian Punjabi-language love drama film. Tania and Ammy Virk appear in the film. The story follows a young man who falls in love with a cotton picker who arrives in his community. Tania made her feature film debut as a lead actor in Sufna, which also stars Jagjeet Sandhu, Jasmin Bajwa, and Seema Kaushal. 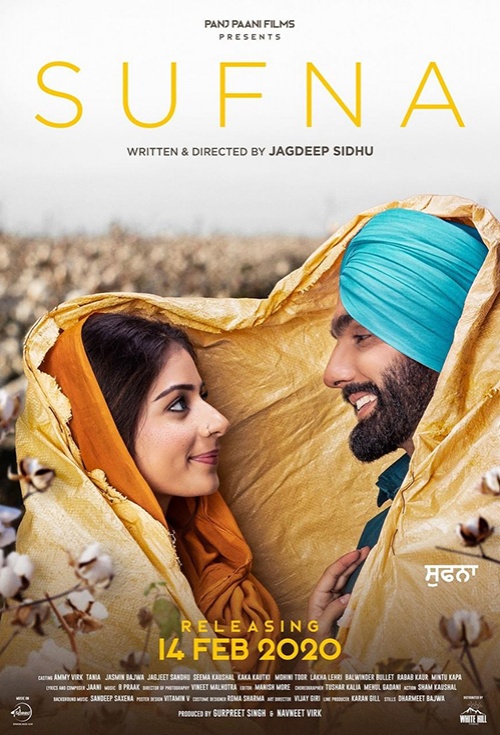 Shadaa is a 2019 Indian Punjabi-language romantic comedy film written and directed by Jagdeep Sidhu. The film, which stars Diljit Dosanjh and Neeru Bajwa, tells the story of an ordinary man searching for a bride and what happens when he eventually marries a girl who believes marriage is lovely. In addition to Hardeep Gill, Anita Devgn, and Jagjeet Sandhu, Shadaa has Hardeep Gill, Anita Devgn, and Jagjeet Sandhu in supporting roles. Shadaa, a commercial and critical success, easily solidifies itself as one of the best Punjabi movies on Amazon Prime. 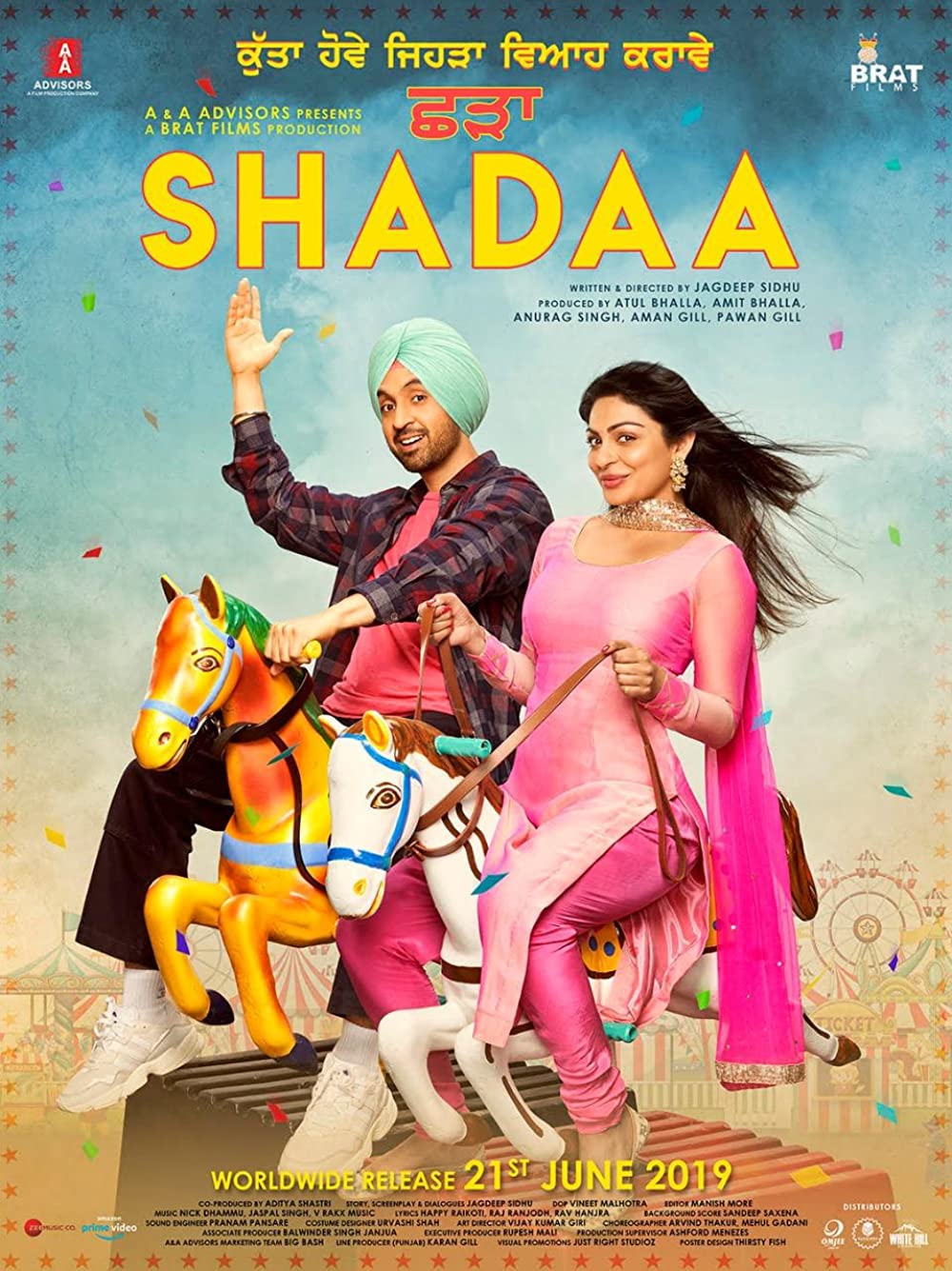 Chal Mera Putt is a comedy-drama released in Punjabi in India in 2019. Janjot Singh directed the film. Simi Chahal, Iftikhar Thakur, Nasir Chinyoti, Akram Udas, Rup Khatkar, Hardeep Gill, and Gurshabad feature in the film. The story follows Punjabis who are attempting to make a livelihood in a strange place. Janjot Singh made his feature film directorial debut with this flick. 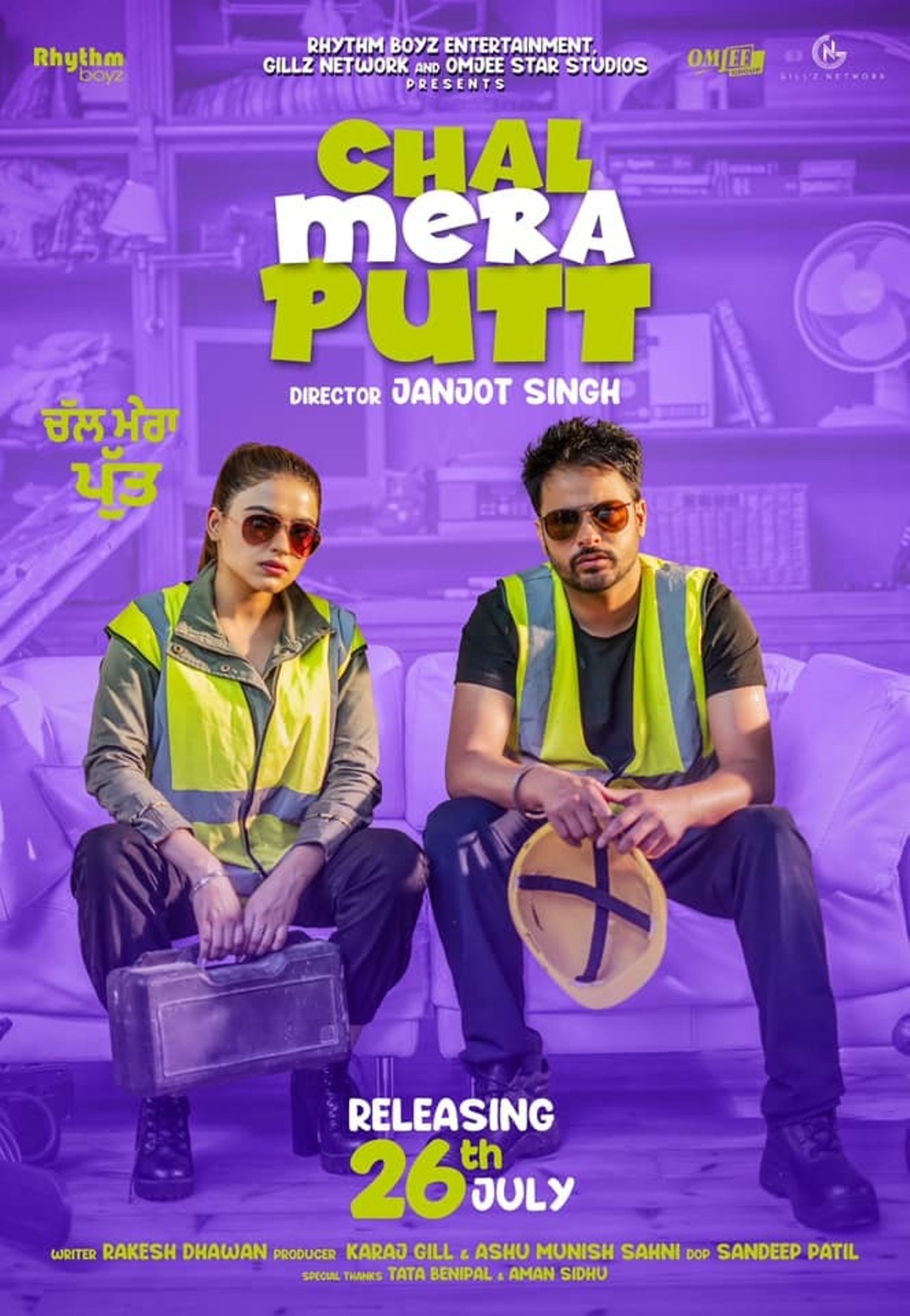 Uda Aida is a 2019 Indian-Punjabi drama-comedy film directed by Ksshitij Chaudhary and written by Naresh Kathooria. Tarsem Jassar and Neeru Bajwa act in the key roles, with B.N. Sharma, Gurpreet Ghuggi, and Karamjit Anmol providing support. When their son gets accepted into a prominent school, a poor family must deal with privileged students and their parents. 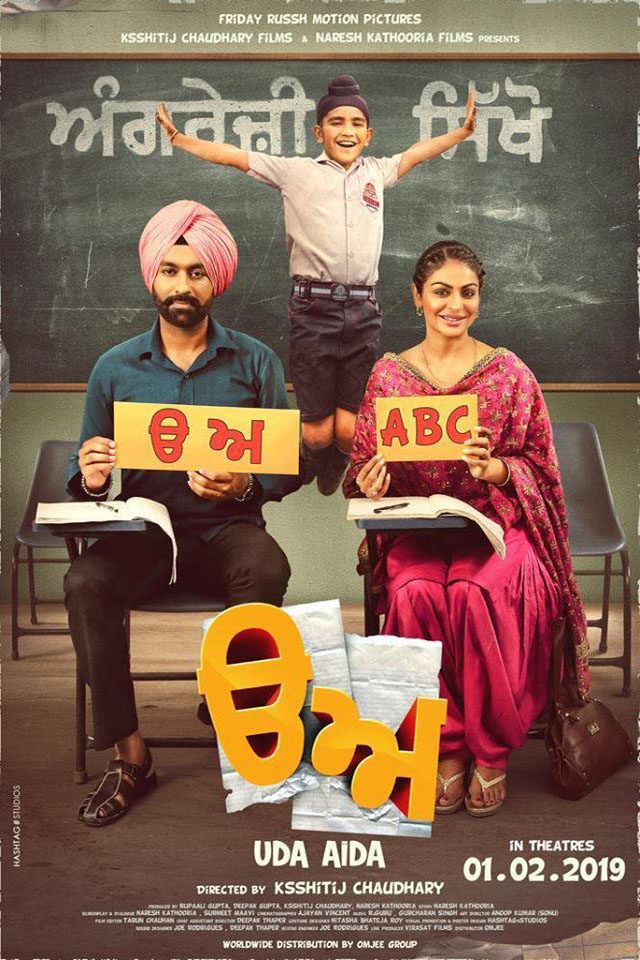 Manav Shah directs Ardab Mutiyaran, a 2019 Indian Punjabi-language romantic comedy-drama film. The film stars Sonam Bajwa, Mehreen Pirzada, Ajay Sarkaria, and Ninja and revolves around Babbu Bains (Sonam Bajwa), who fights societal problems in her own unique way. She is a symbol for all women who are fighting for their own identity. 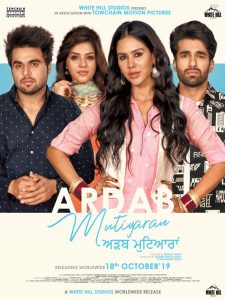 Sharan Art directed Rabb Da Radio 2 (transl. God’s Own Radio 2), a 2019 Indian-Punjabi Family-Drama film. It’s a direct follow-up to Rabb Da Radio (2017). Tarsem Jassar and Simi Chahal feature in the key roles. In the film, a newly married man goes home to find his extended family has been splintered. In supporting roles, B.N. Sharma, Nirmal Rishi, Jagjeet Sandhu, and Tania appear. The film was named Best Feature Film in Punjabi at the 67th National Film Awards, and is easily one of, if not the best, Punjabi movies on Amazon Prime. 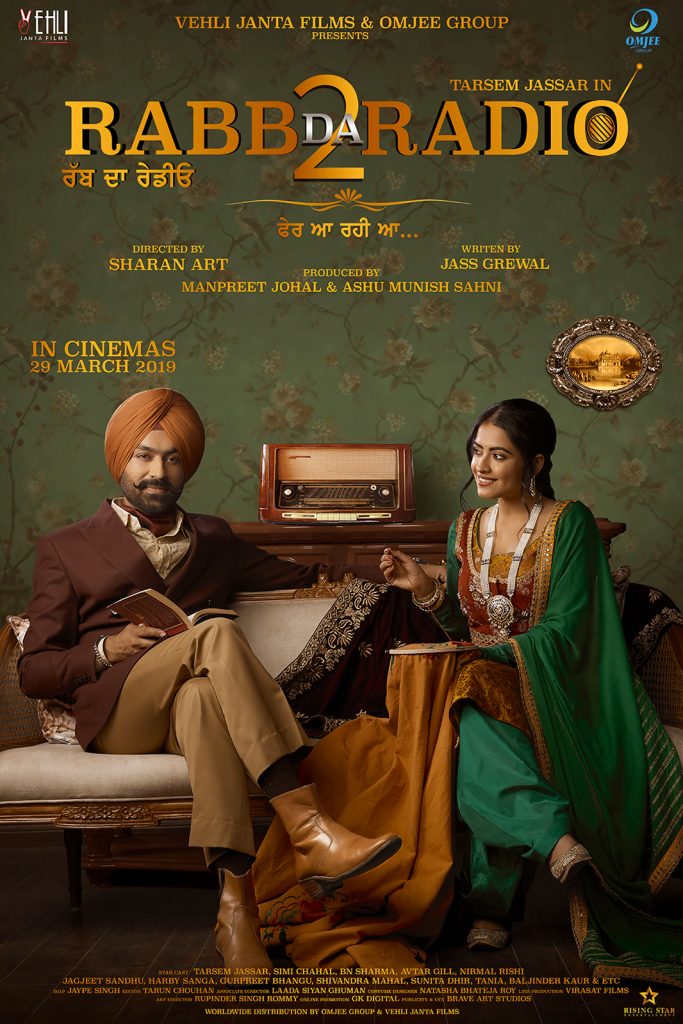 Ardaas is a Punjabi film from India. Gippy Grewal directed and wrote the film, and Rana Ranbir wrote the lines. The story centres around Master Gurmukh (Gurpreet Ghuggi) and how he arrives in a new town to take up a teaching position at a government school, where he helps various locals by reminding them of their good values and teaching them more, while also dealing with his own inner shame. 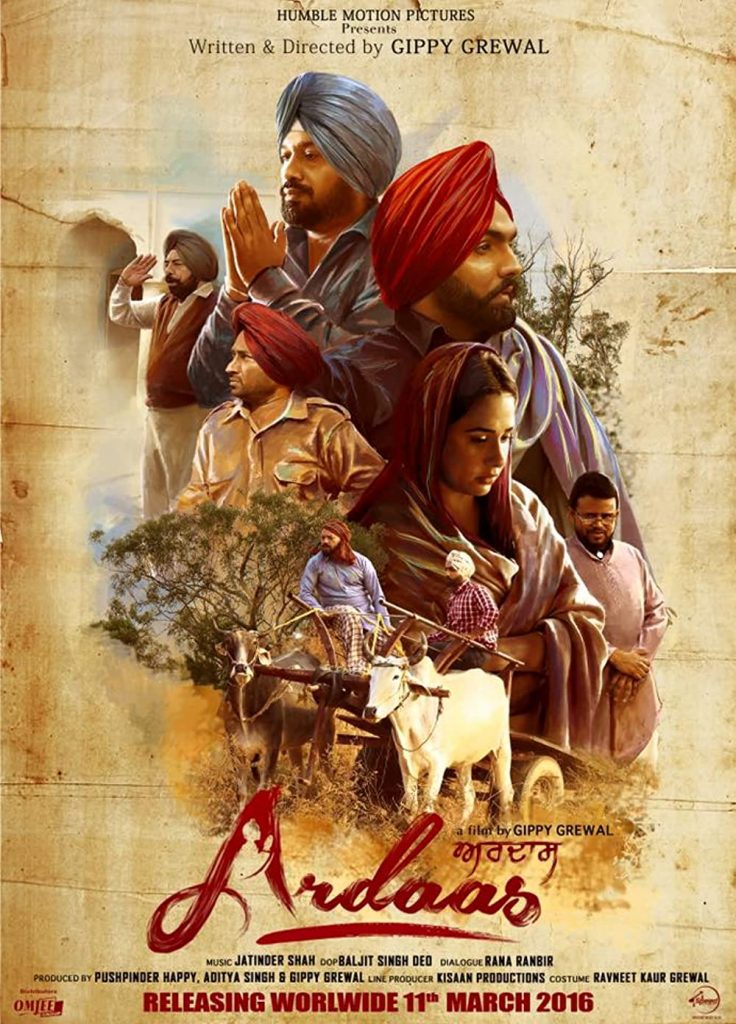 Directed by Simerjit Singh, Muklawa follows Shinda who must wait a particular amount of time after his marriage to Taaro to meet her due to an old custom known as ‘Muklawa,’ in which the bride returns to her mother’s house after her marriage. It stars Ammy Virk and Sonam Bajwa in the main roles. 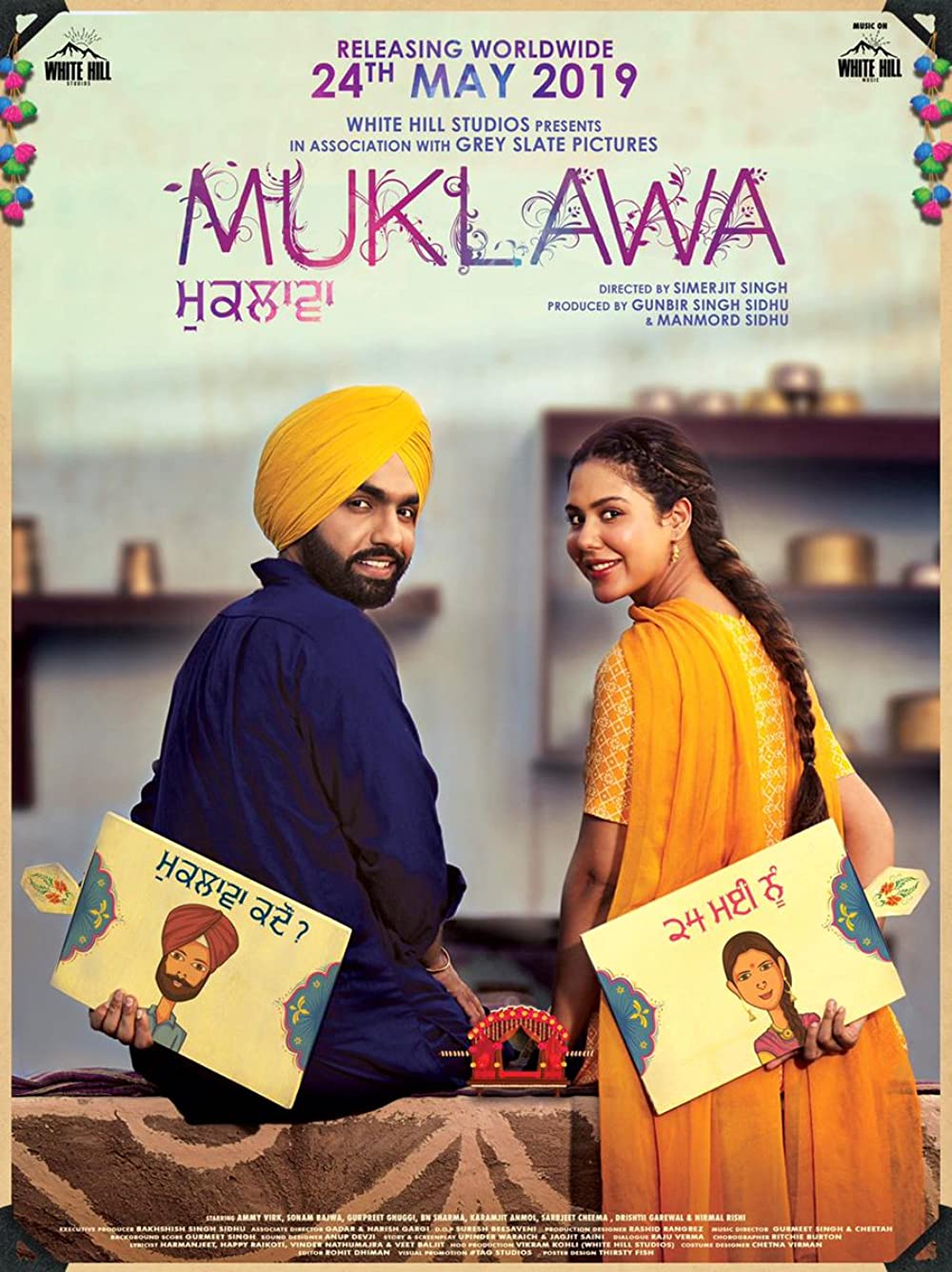 Dakuan Da Munda is a 2018 Indian Punjabi biographical film based on the same-named novel. Mintu Gurusaria, a former Kabaddi player from Gurusar Jodha hamlet in Muktsar, is the subject of the film. Mandeep Benipal directed the film, which stars Kharoud, Jagjeet Sandhu, Sukhdeep Sukh, and Pooja Verma in the key roles, as well as Lucky Dhaliwal and Hardeep Gill. 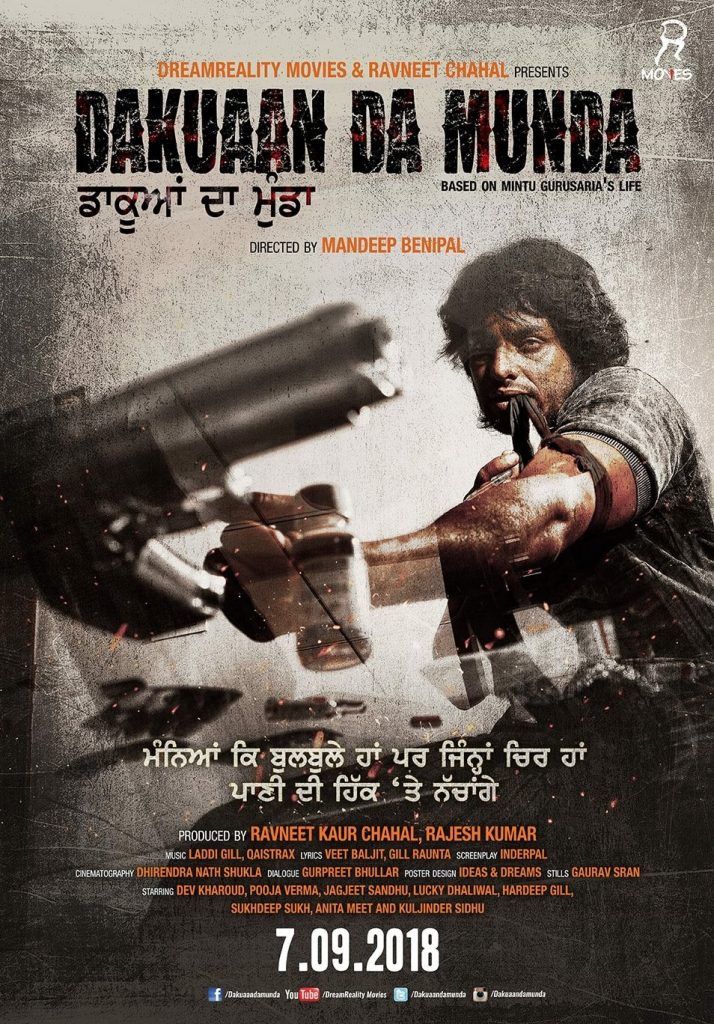 Kamaljit Singh wrote and directed Saak, a 2019 Indian Punjabi-language love drama film. It stars Jobanpreet Singh and Mandy Takhar and is set in 1947. It tells the story of an army officer who falls in love with a girl whose parents do not approve of an army officer as their son-in-law. 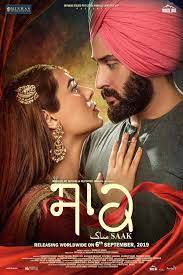 Pavan Malhotra stars in Eh Janam Tumhare Lekhe, a Punjabi film based on the life of “Bhagat Puran Singh.” It is directed by Harjit Singh who co-wrote the film with Tejinder Singh. 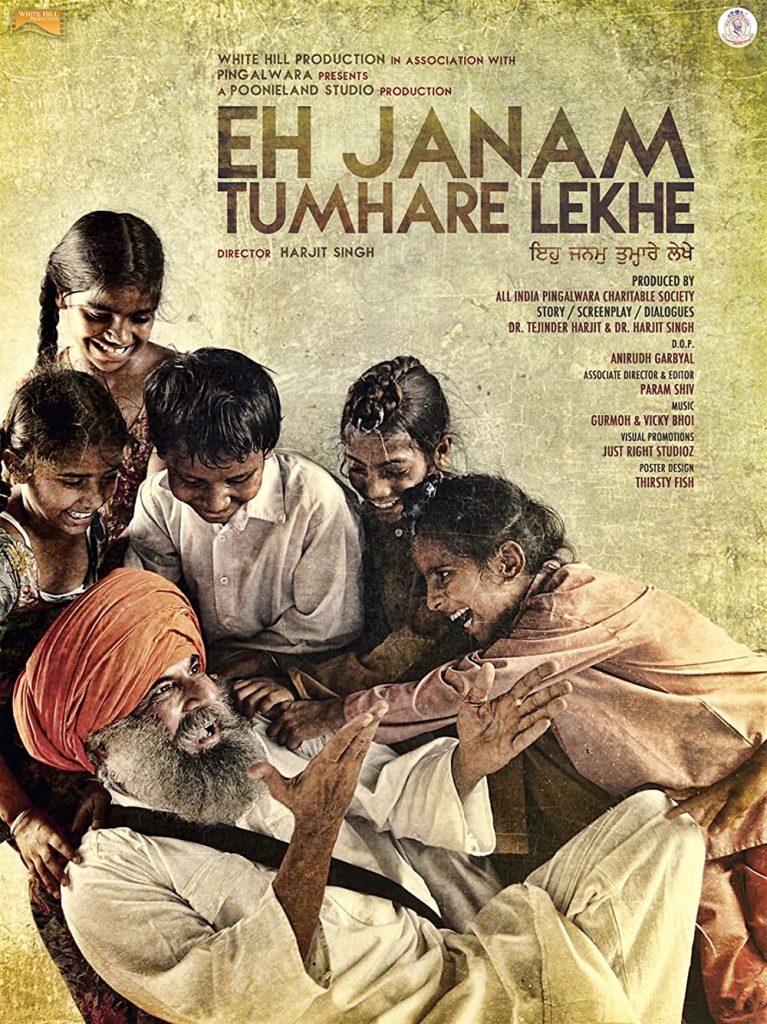 Directed by Sharan Singh, and starring Happy Kalizpuria and Sanjeev Attri, Amaanat follows Sharan who is on the lookout for her missing husband when she comes across some thugs and is rescued by a stranger named Sona. Sona agrees to assist her in her hunt, but the two come face to face with some difficult realities along the way. Amaanat is an expected entry in the list of the 15 best Punjabi movies available on Amazon Prime. 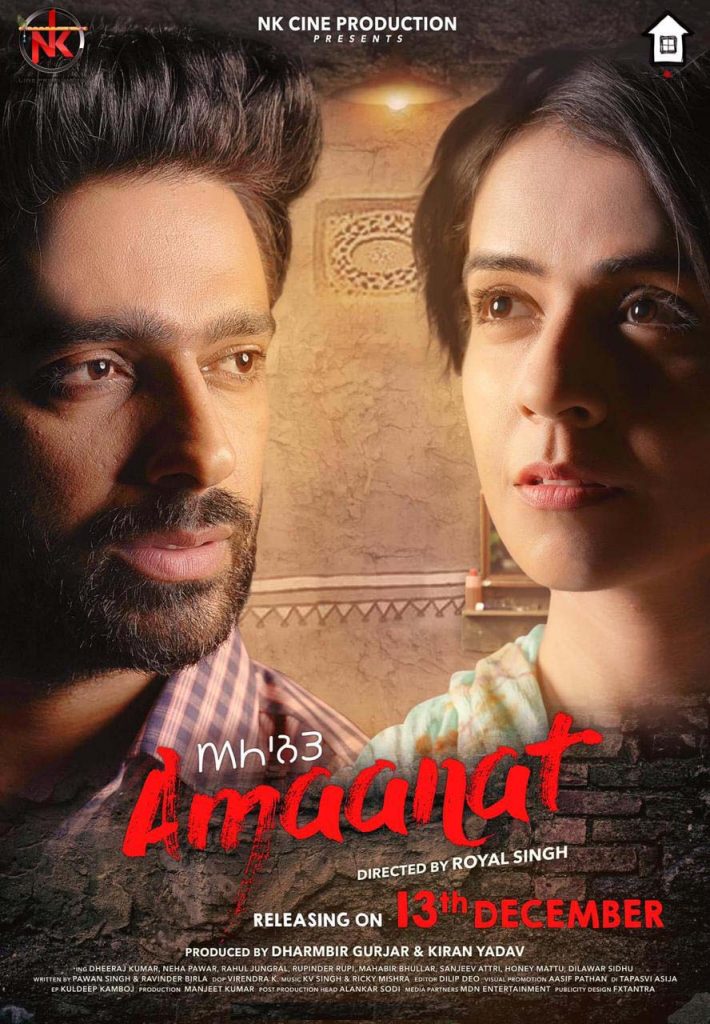 Directed by M Hundal and starring Mandy Takhar, Lukan Michi revolves around a young couple that encounters various challenges in getting married because of a long-standing family rivalry and an angry elder brother. The young man, on the other hand, has a solution to the challenges. 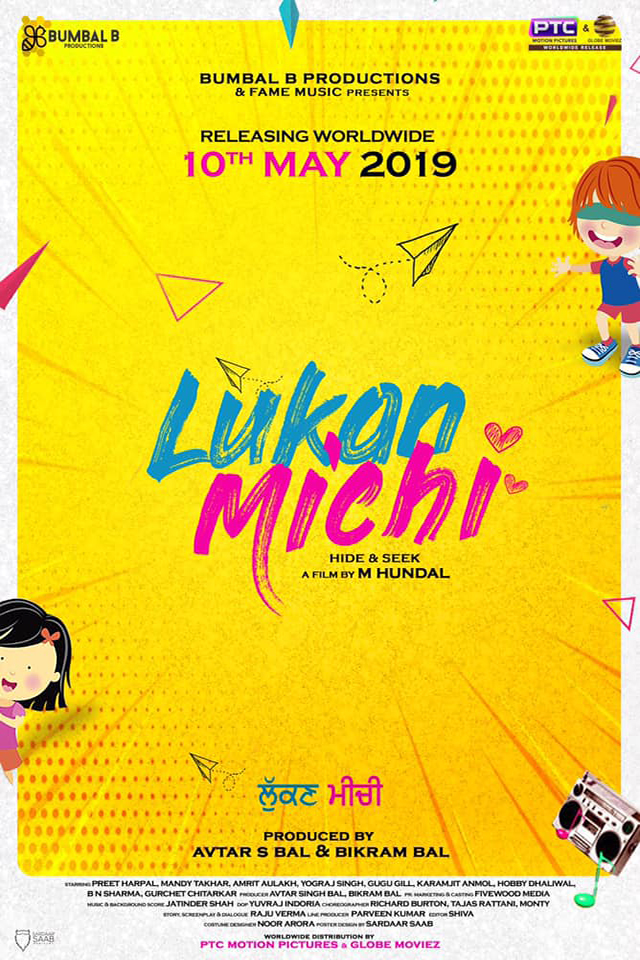 Dhol Ratti tells the story about a time during unfavourable political conditions in the country, a Punjabi family relocates to their in-laws’ home. However, issues occur when members of both sides of the family begin to argue. The film is directed by Shivam Sharma and stars Pooja Thakur and Lakha Lakhwinder. Its subject and beautiful filmmaking make it one of the frontrunners in the list of the best Punjabi movies on Amazon Prime. 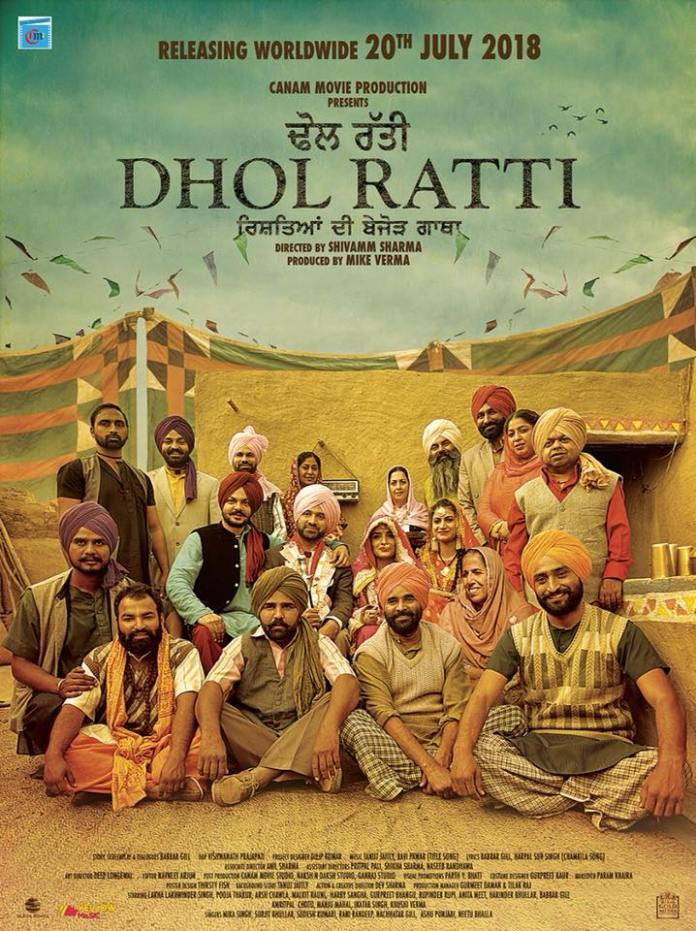 No list will surfeit to contain the magic of Punjabi cinema, however, we hope this article containing 15 of the best Punjabi movies on Amazon Prime, piques your interest and probes you to get into the world of Punjabi movies or discover a few new ones.